Here are my favorite pictures I took in August 2017: 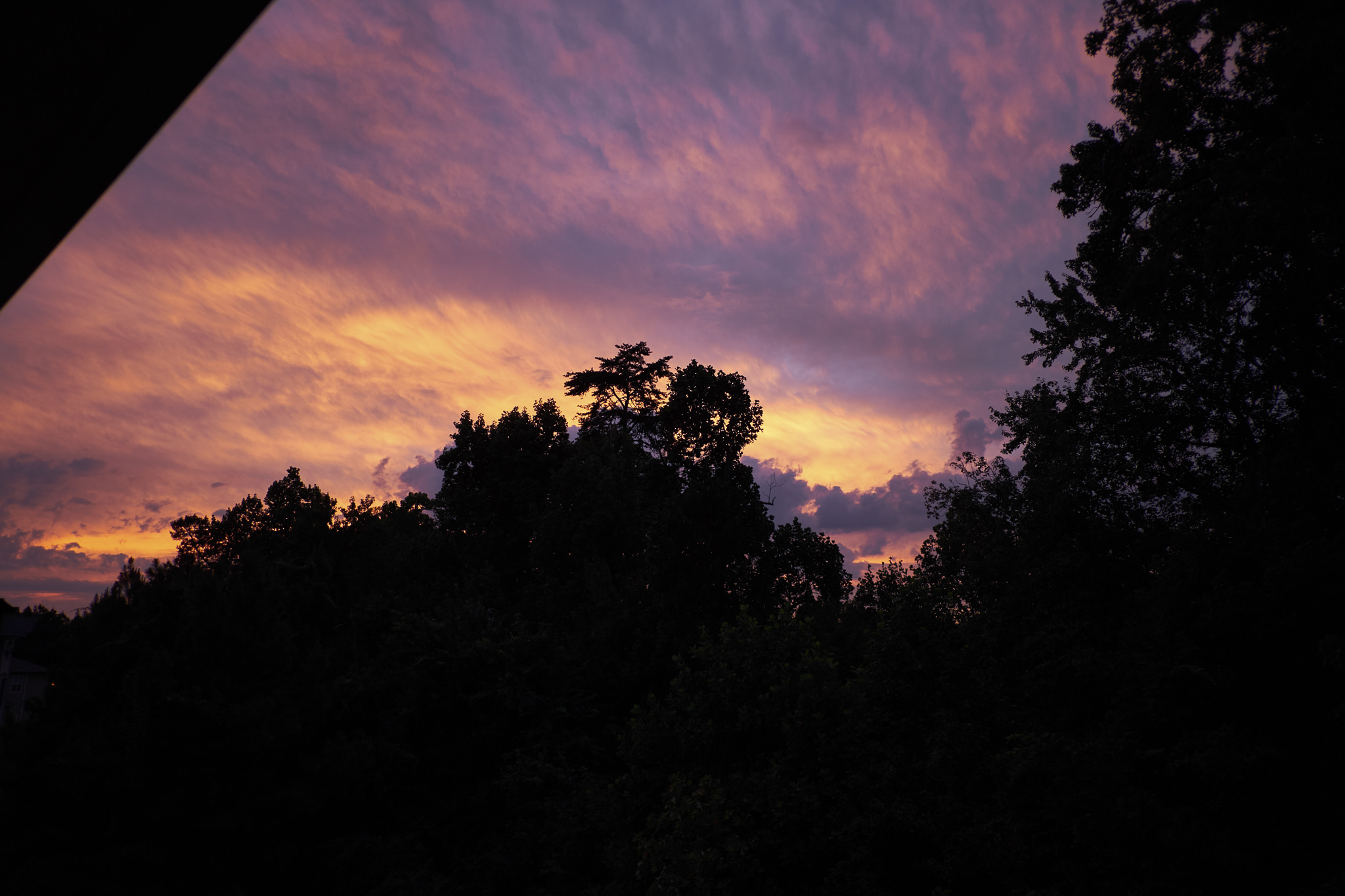 On August 6, I returned to Black Balsam Knob, an open-top mountain off the Blue Ridge Parkway. I had hiked here this past winter, but 40+ mph wind gusts and low clouds prevented me from getting anything very useful, picture or video-wise. I returned and spent several hours taking panoramas, time-lapse, and still images. It was again a windy day, but I had plenty of company from other humans – and an astonishing number of butterflies. 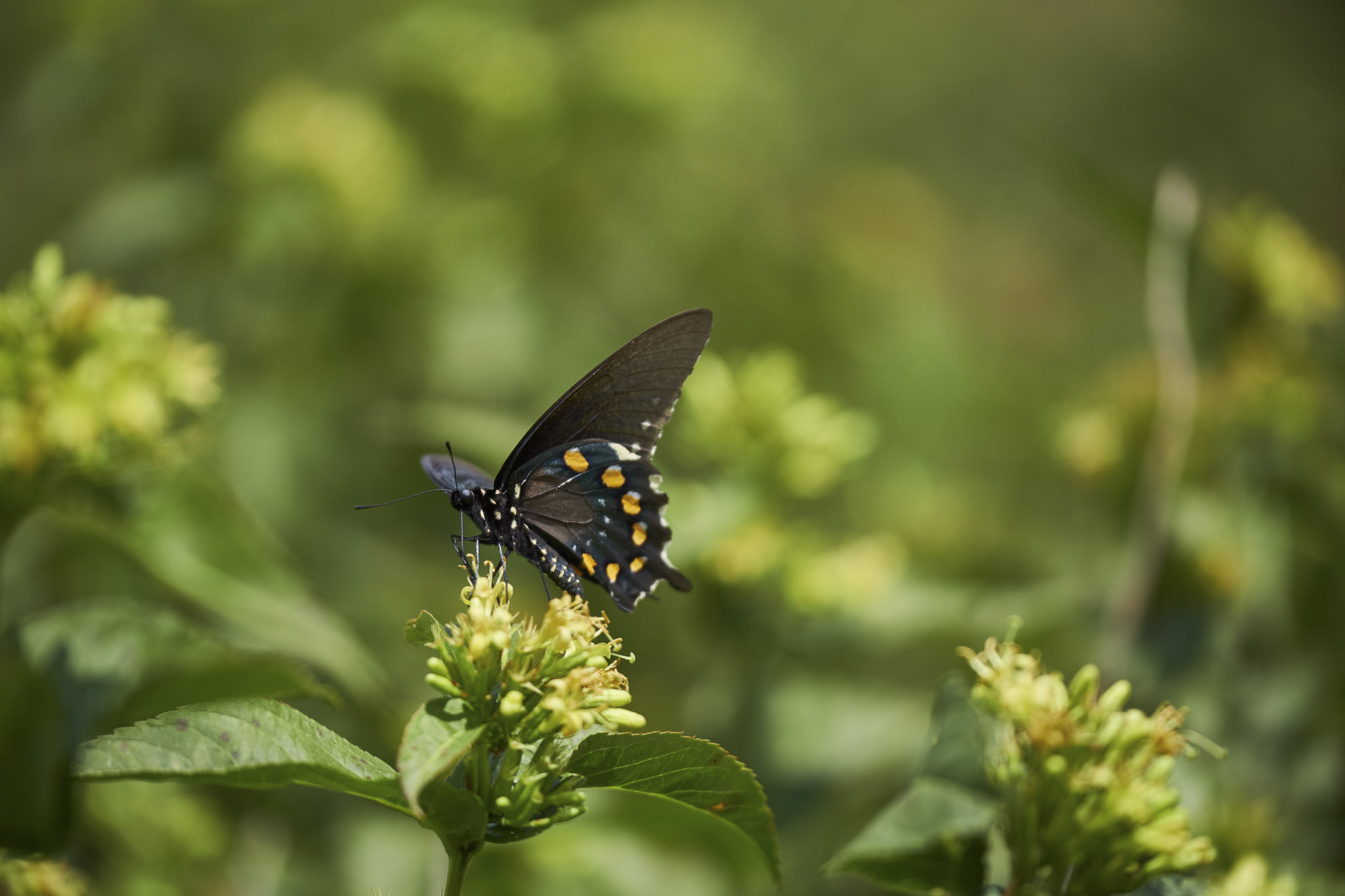 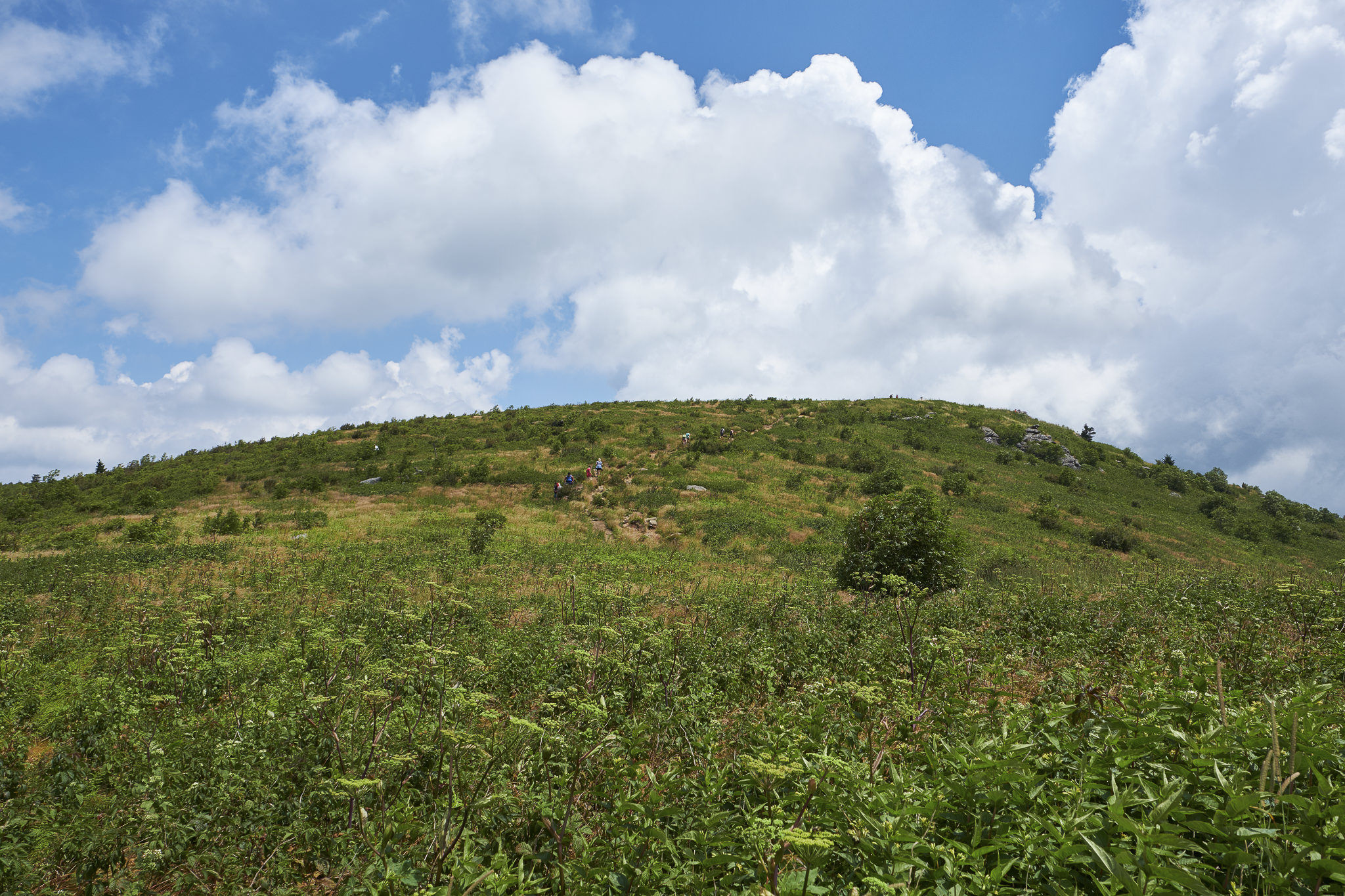 In mid-August, my co-worker and good friend Ashley had her last day at Website Pipeline, and we celebrated her by going bowling and out in downtown Greenville. 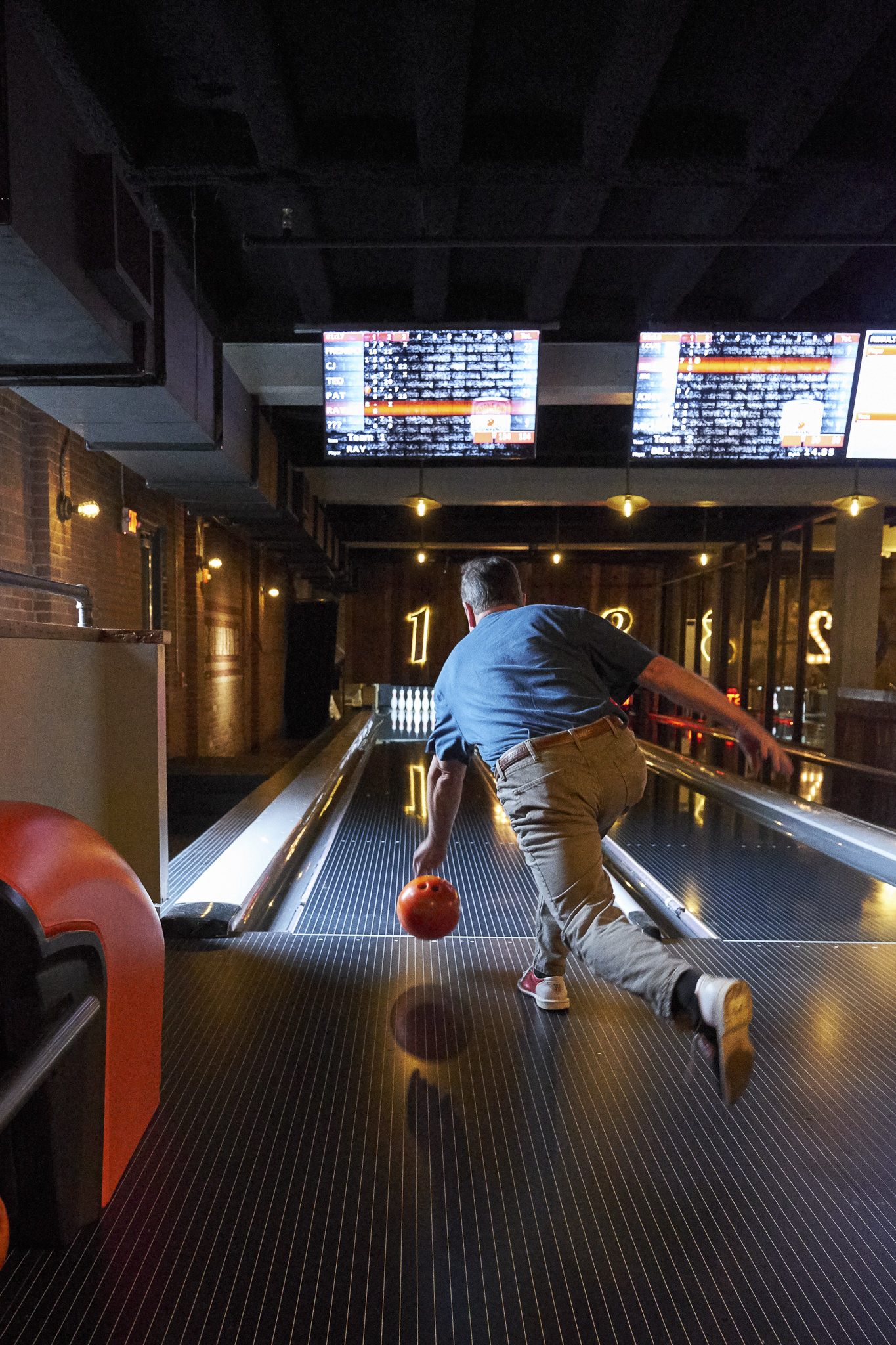 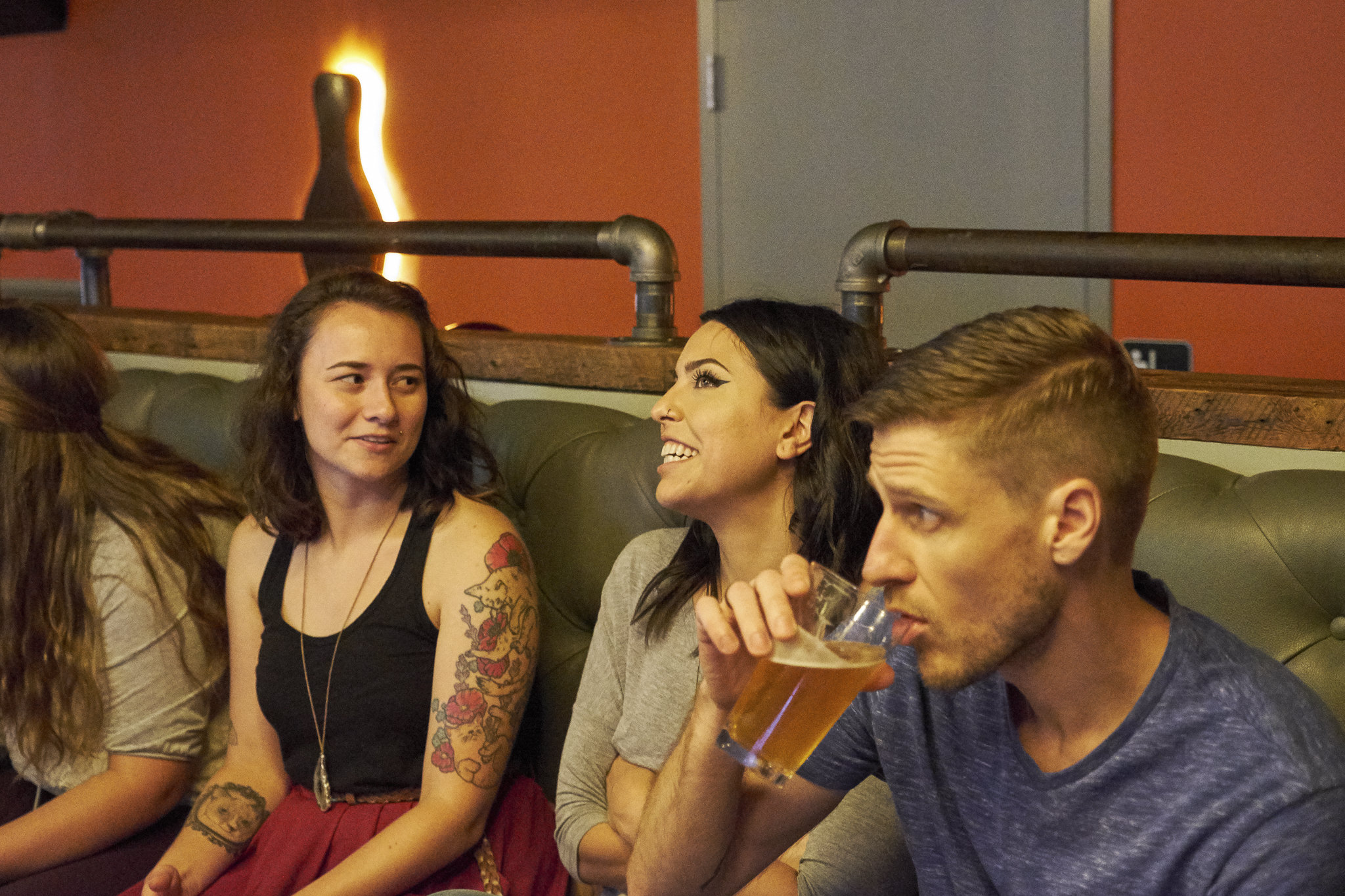 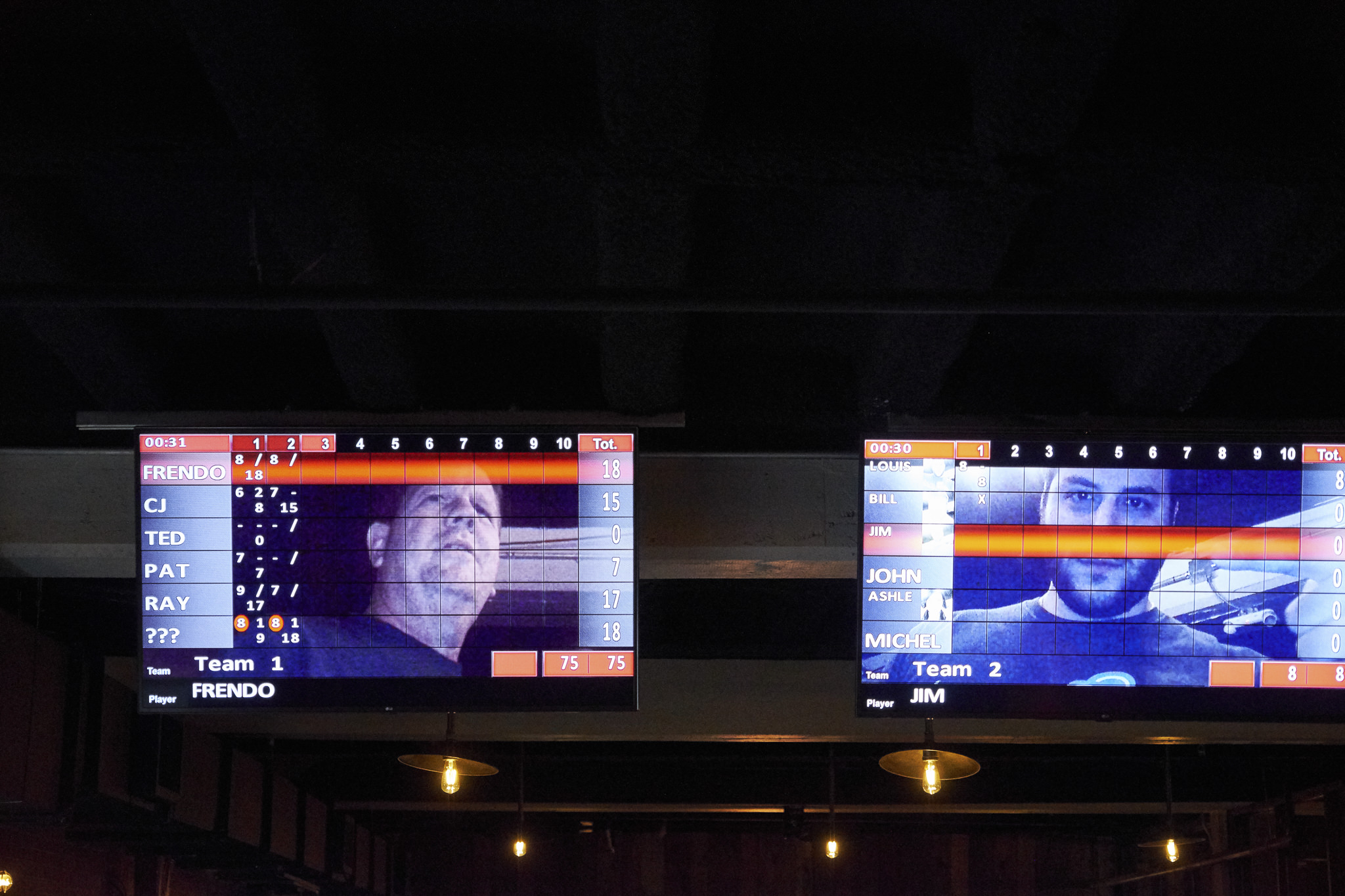 Ray on the left, Louis on the right. 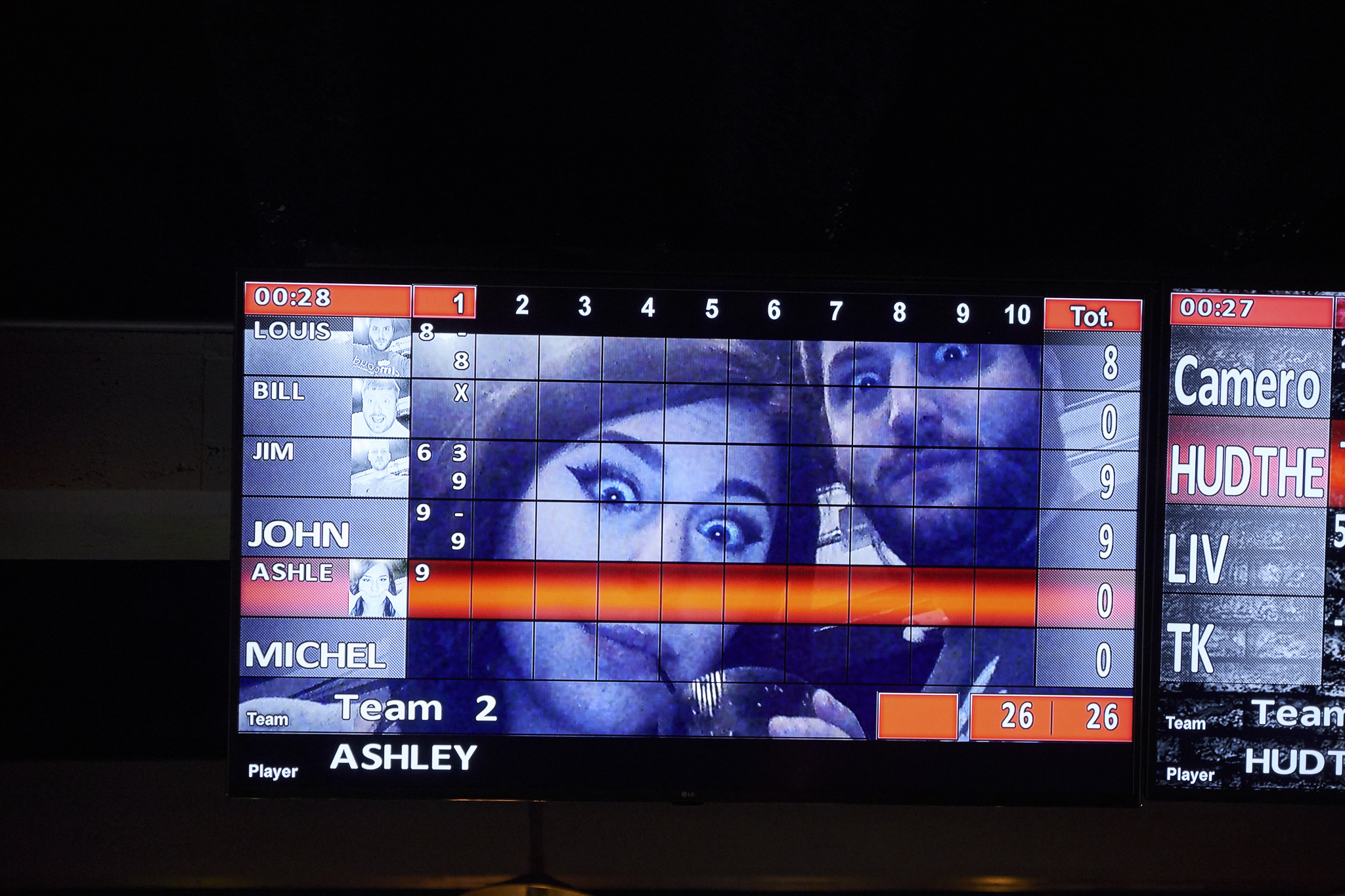 As the August new moon arrived, a big group of us headed up to Blue Ridge Parkway for sunset and the night sky. For at least a few of the group, it was the first time seeing the Milky Way with their naked eyes. It was also a fun chance to put some people in astrophotography pictures.

We had a blast and headed down through Pisgah National Forest to stop at Looking Glass Falls at about 1am, and then made the requisite stop at the Waffle House in Brevard for 2am diner food. 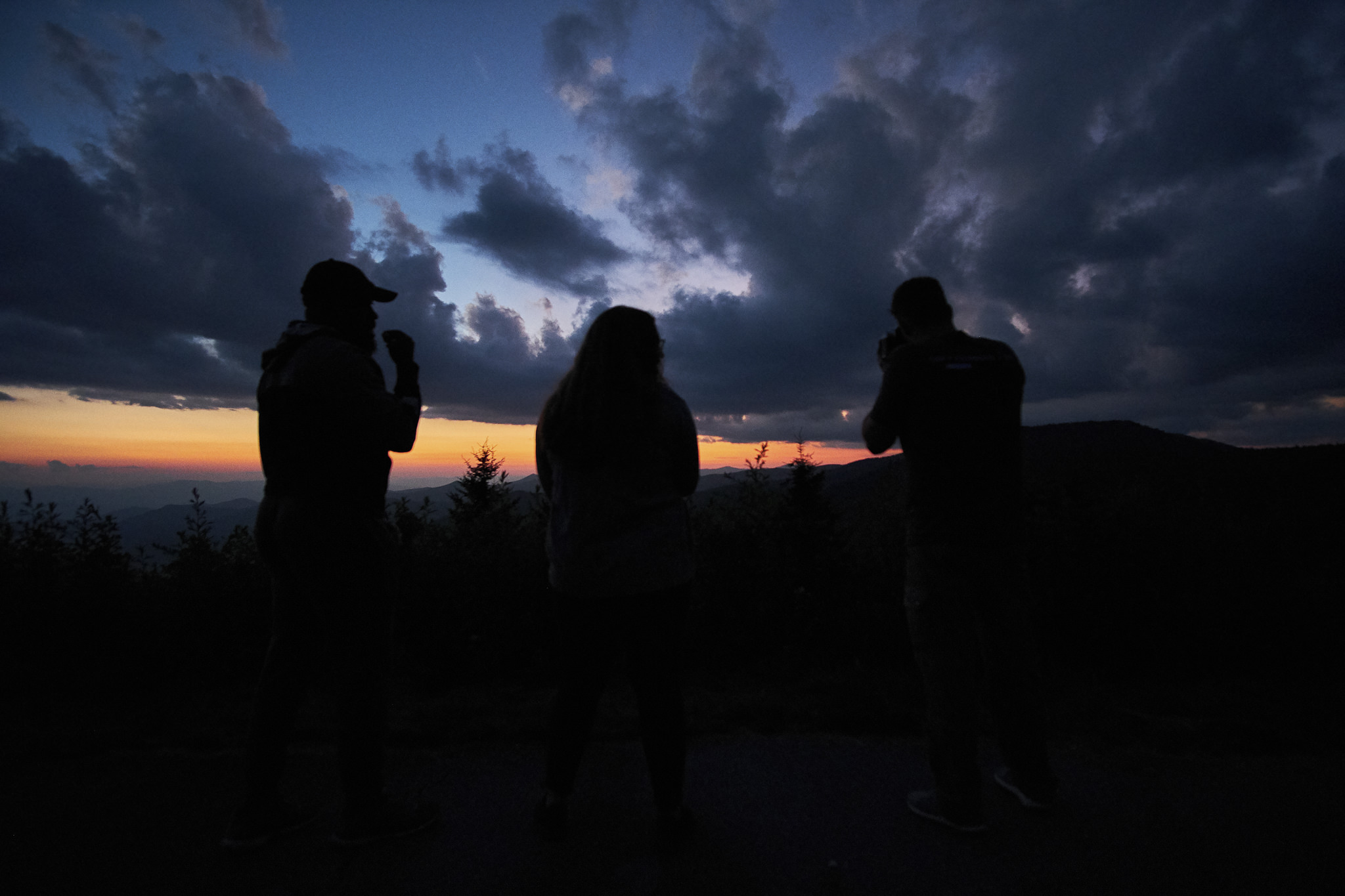 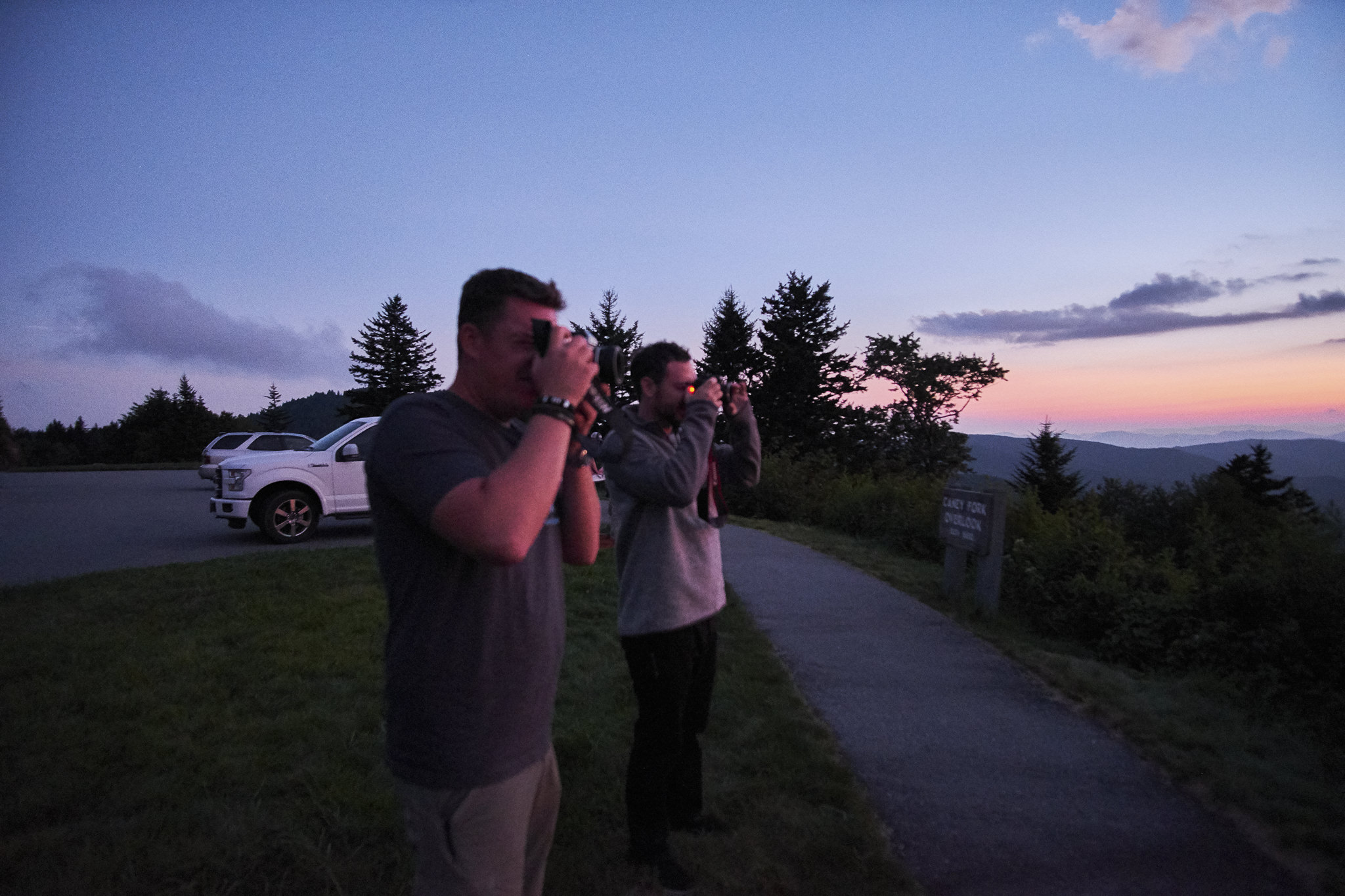 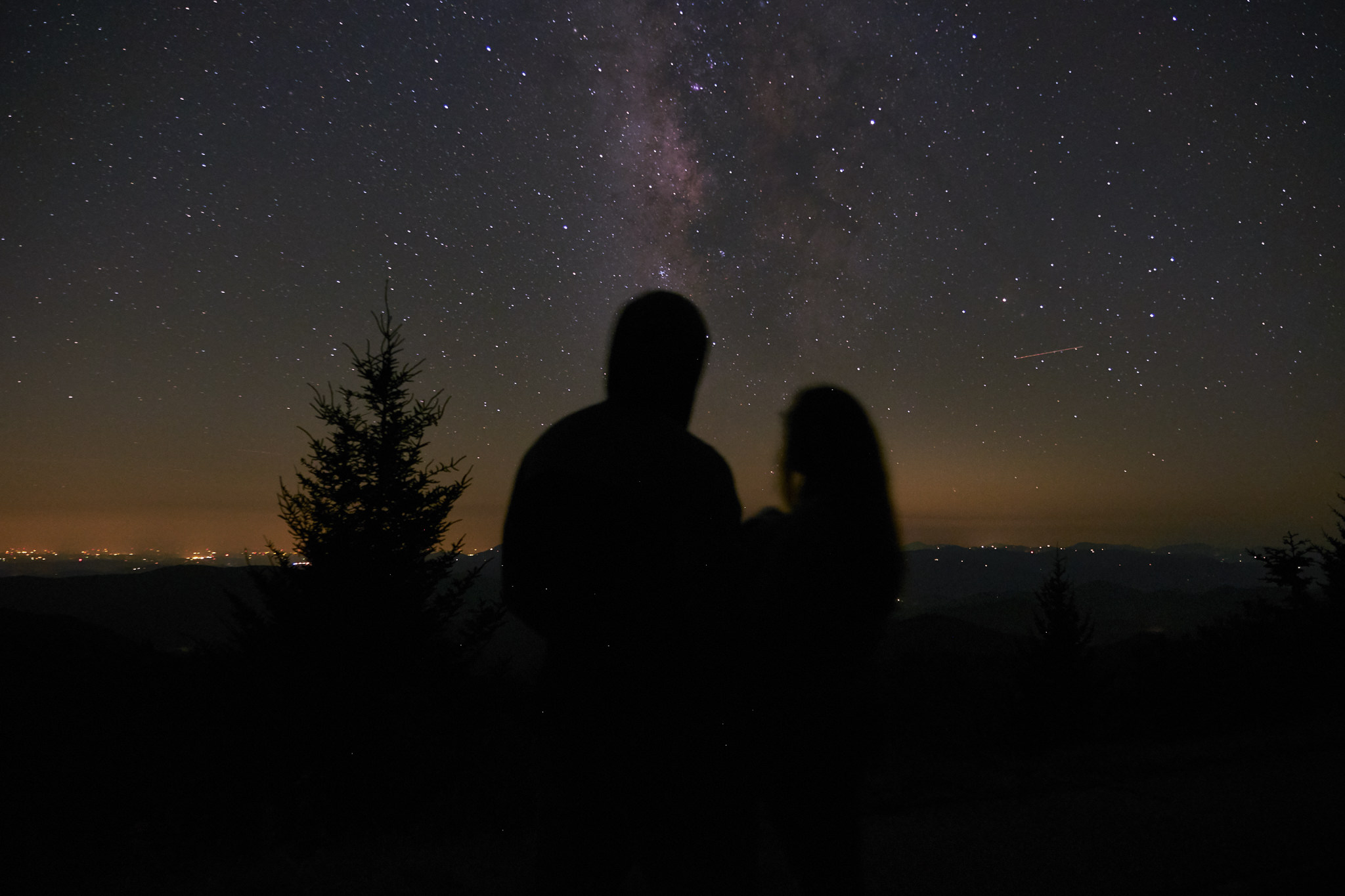 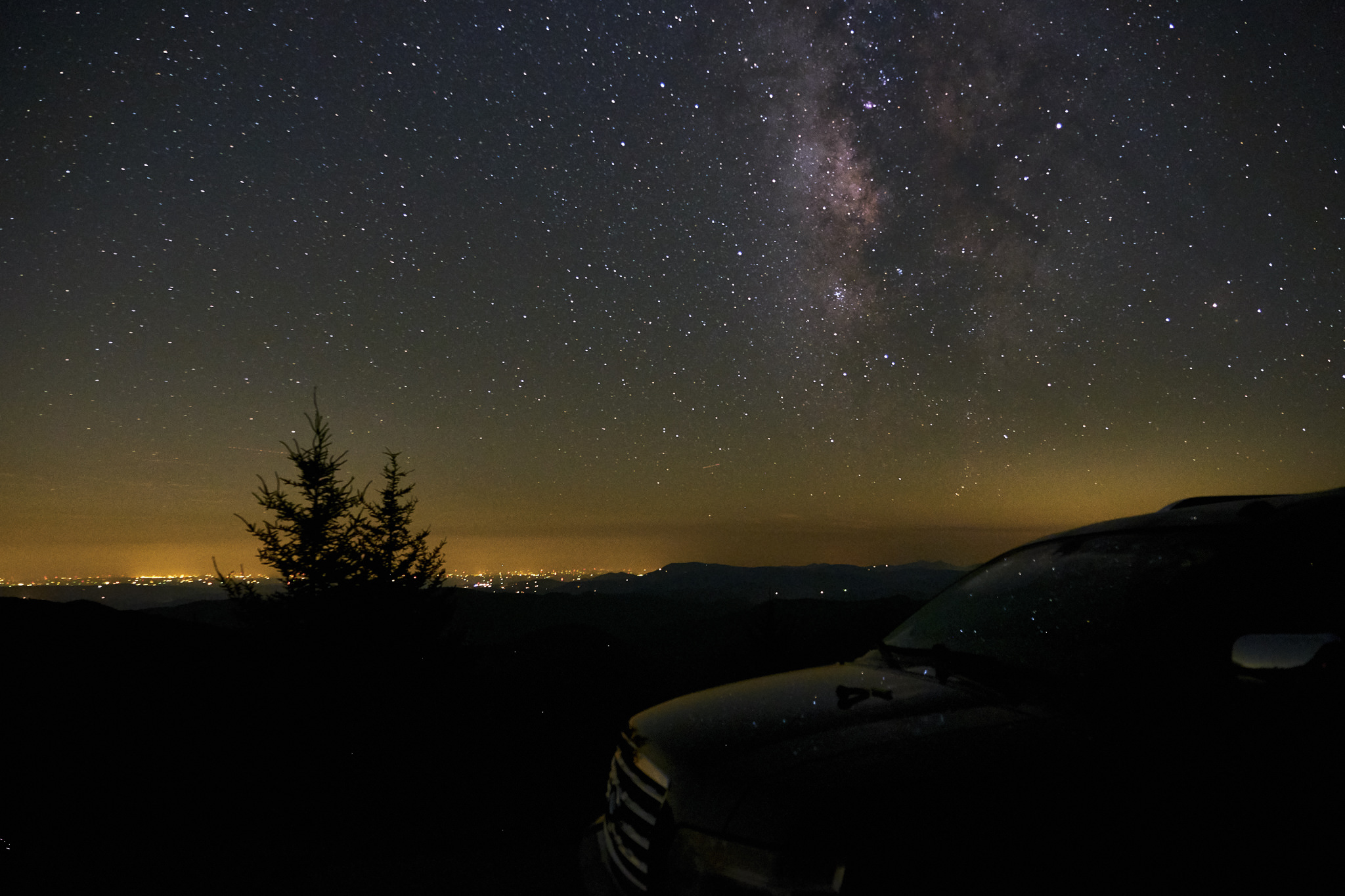 We saw a ton of shooting stars (or asteroids, or meteors, or whatever), and I found a few of them when working through the time-lapse frames. 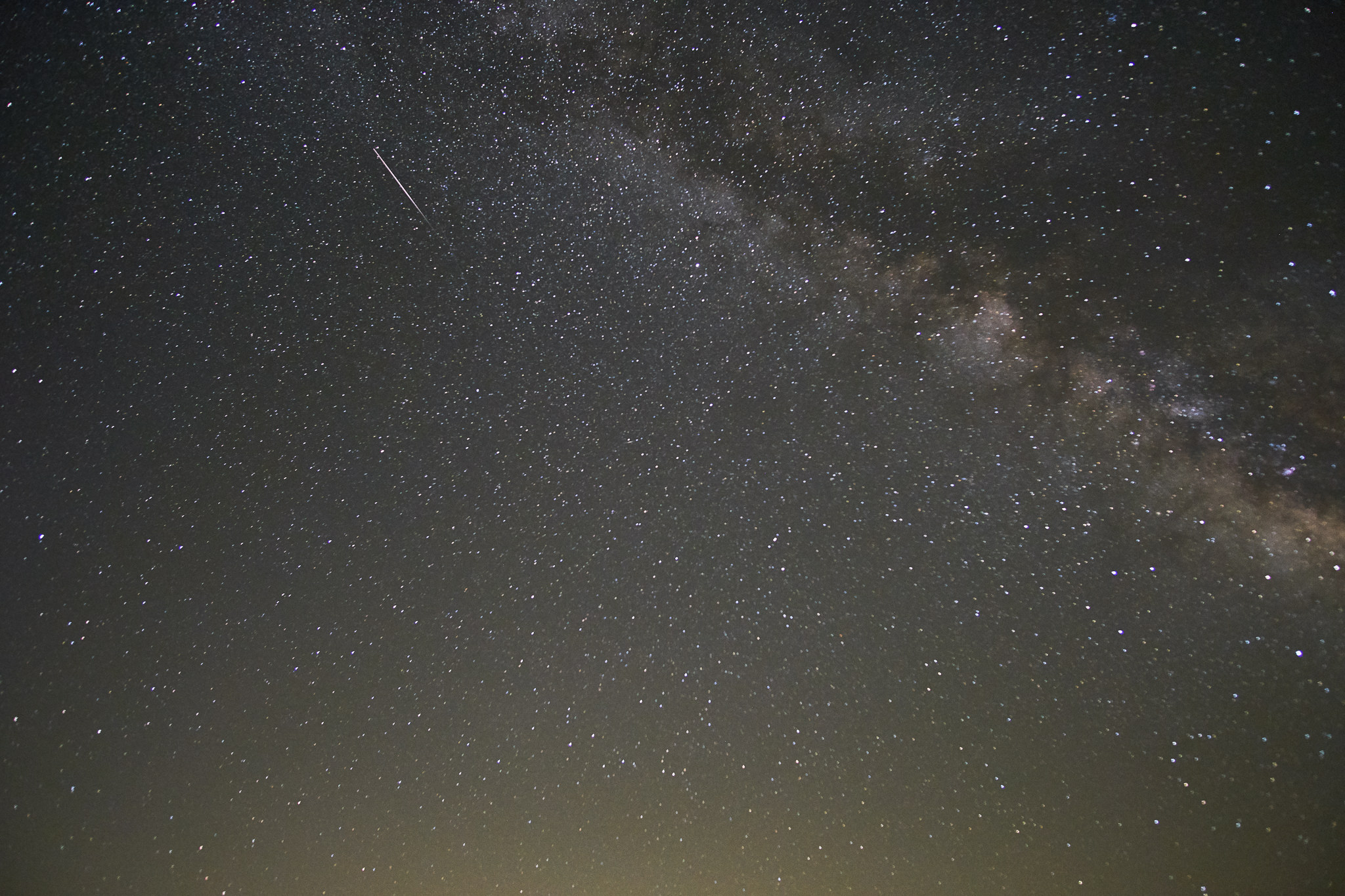 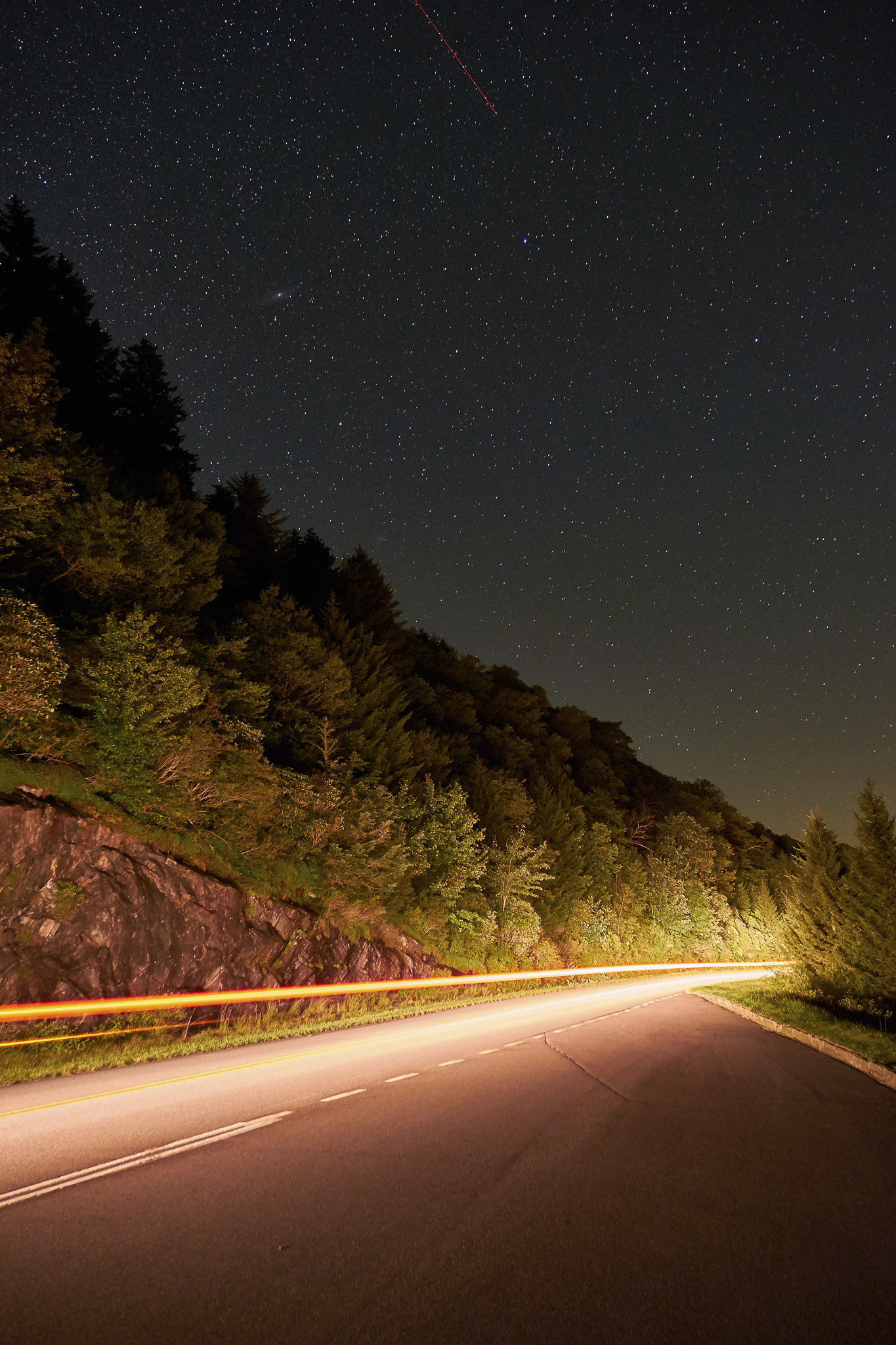 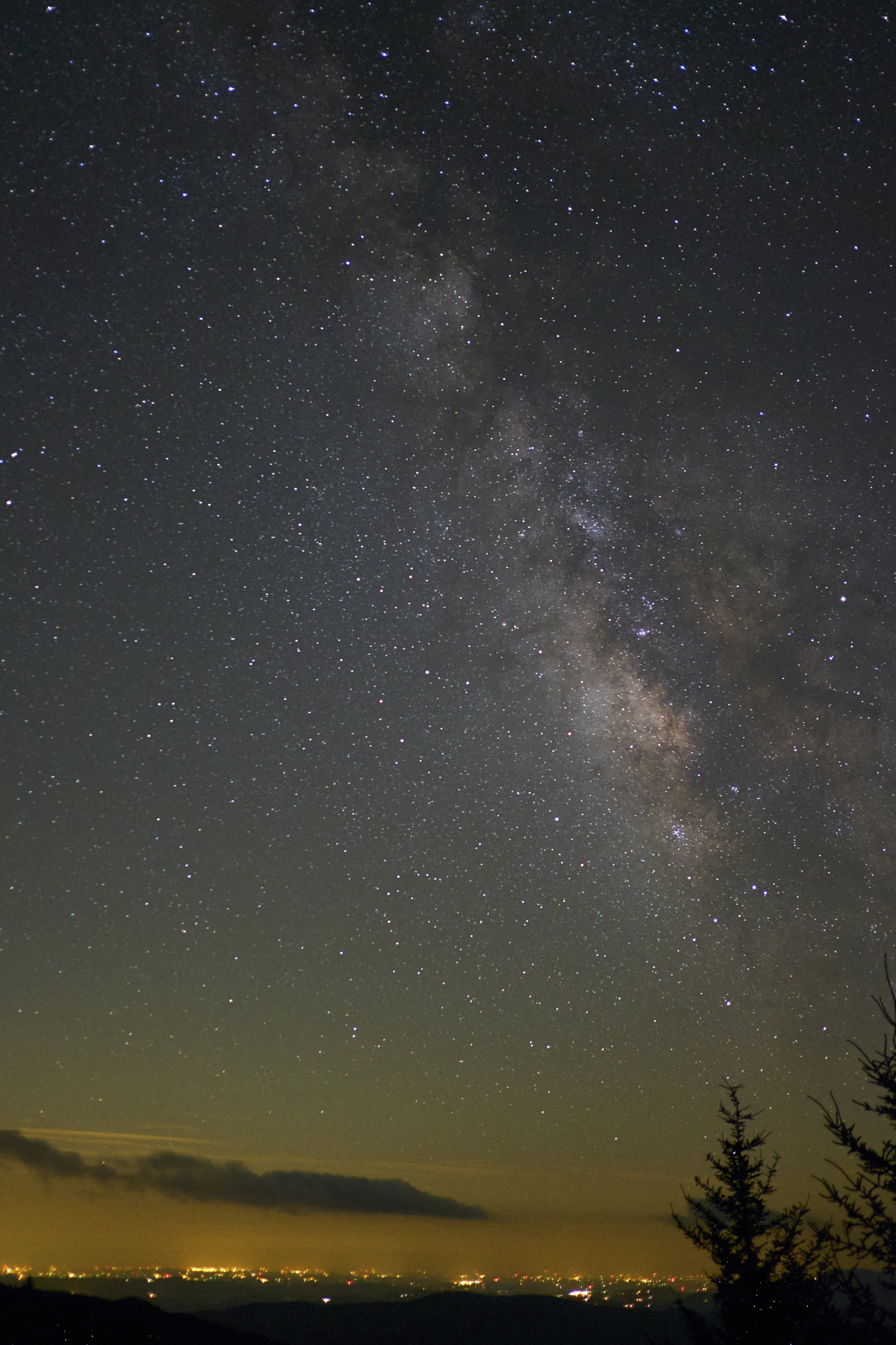 I know you’re not supposed to shoot vertical video, but I really wanted the still images and shot a time-lapse anyway, which turned out okay:

Anyone who lives in the United States knows we had a total solar eclipse in August, and Greenville was in the path of totality. Frendo was kind enough to host us on the roof of his apartment building downtown, which gave us an amazing 360-degree view of the eclipse, which was dazzling. I didn’t really take pictures of the eclipse, since it only lasted about two minutes, but I did capture some pictures of our day up there. 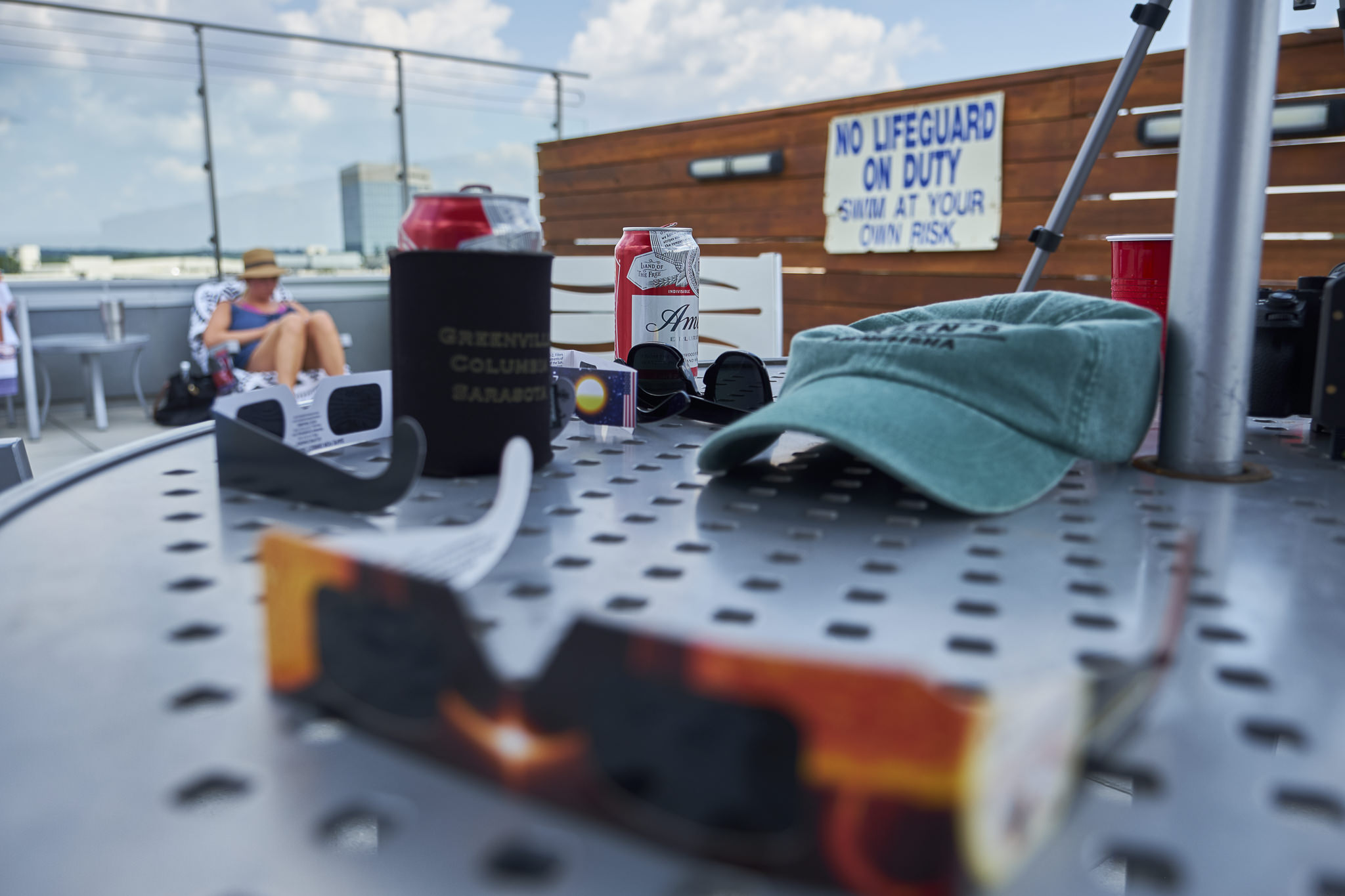 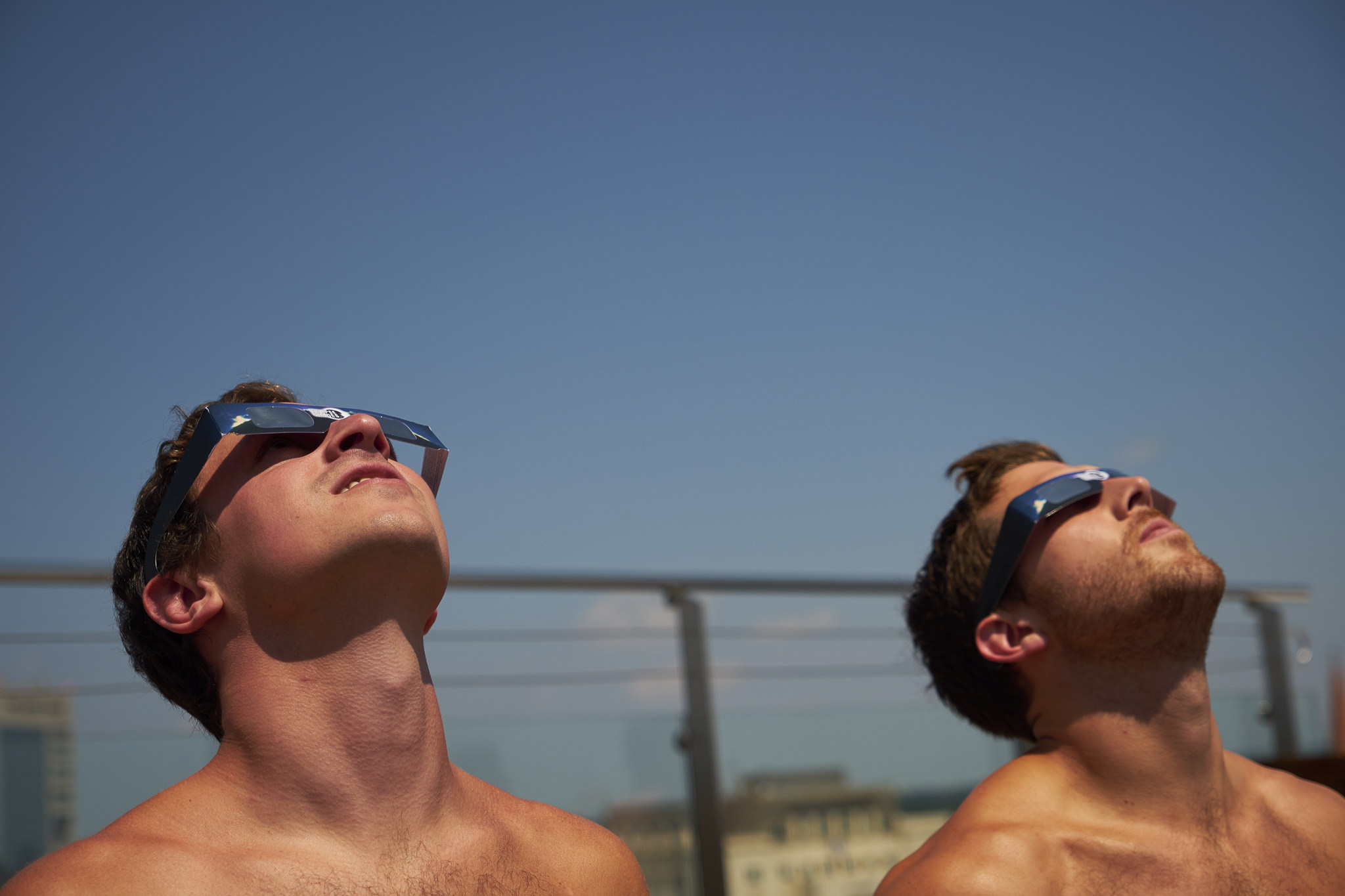 The day after the eclipse, I stopped at the top of Great Smoky Mountains National Park on my route to Michigan. I was hoping for clear skies to make a few time-lapse clips and photos I’d been envisioning for a while.

I was not disappointed.

While waiting for darker skies, I experimented shooting light trails from the passing cars. 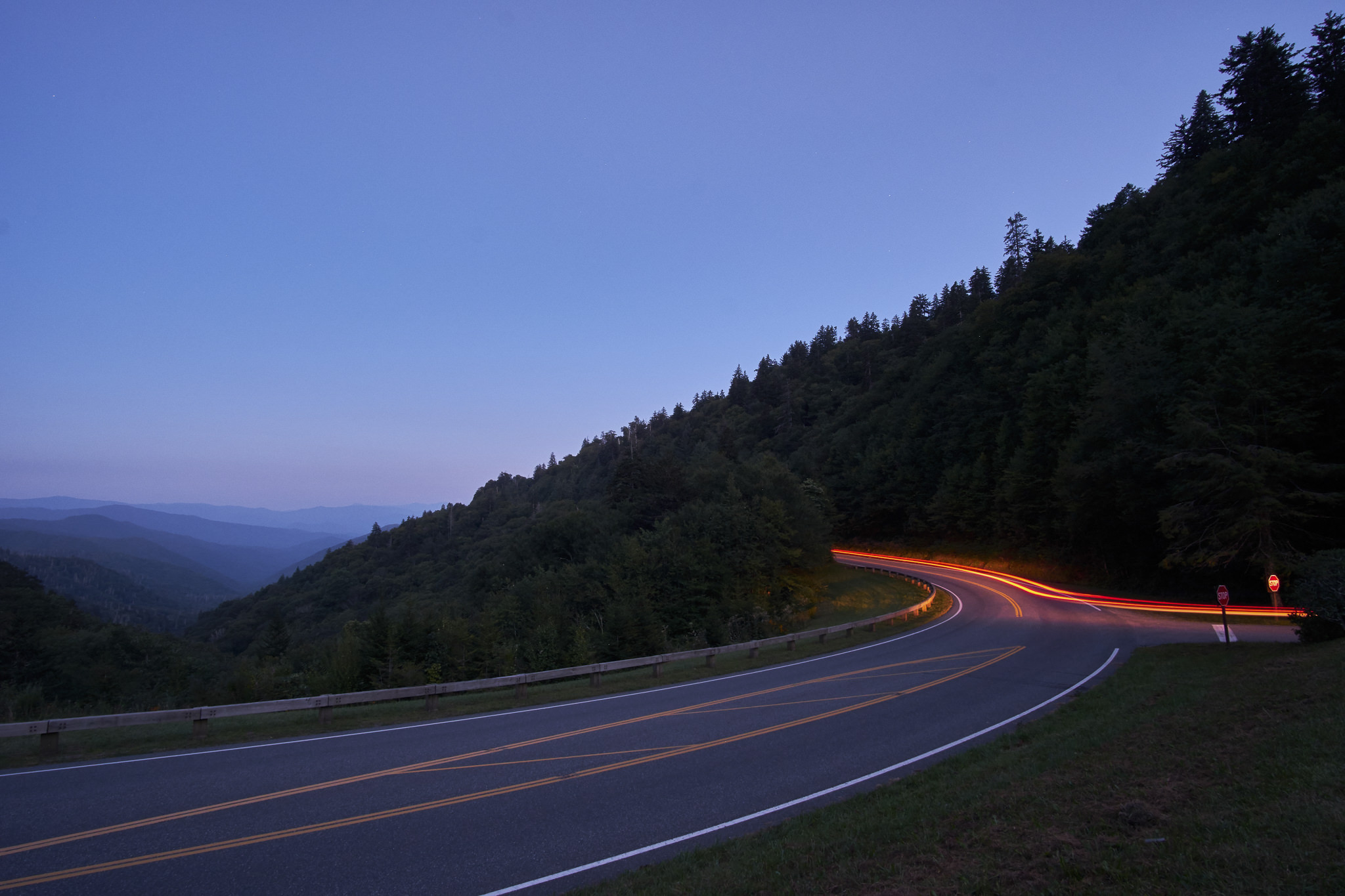 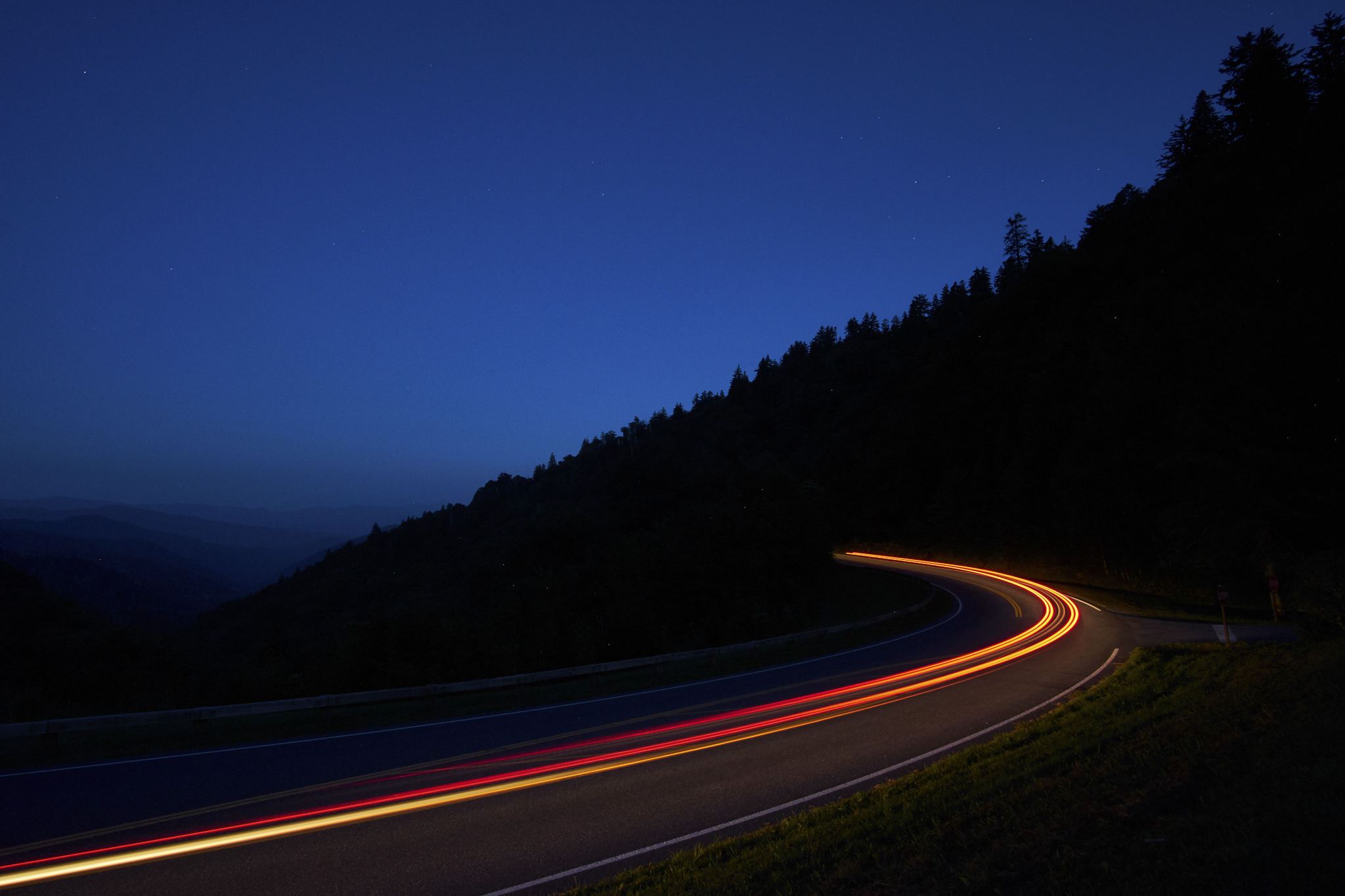 Once the sky darkened, I got both cameras running time-lapse, one with motion, one fixed.

This was exactly what I was hoping for, yielding both excellent video clips and still images. 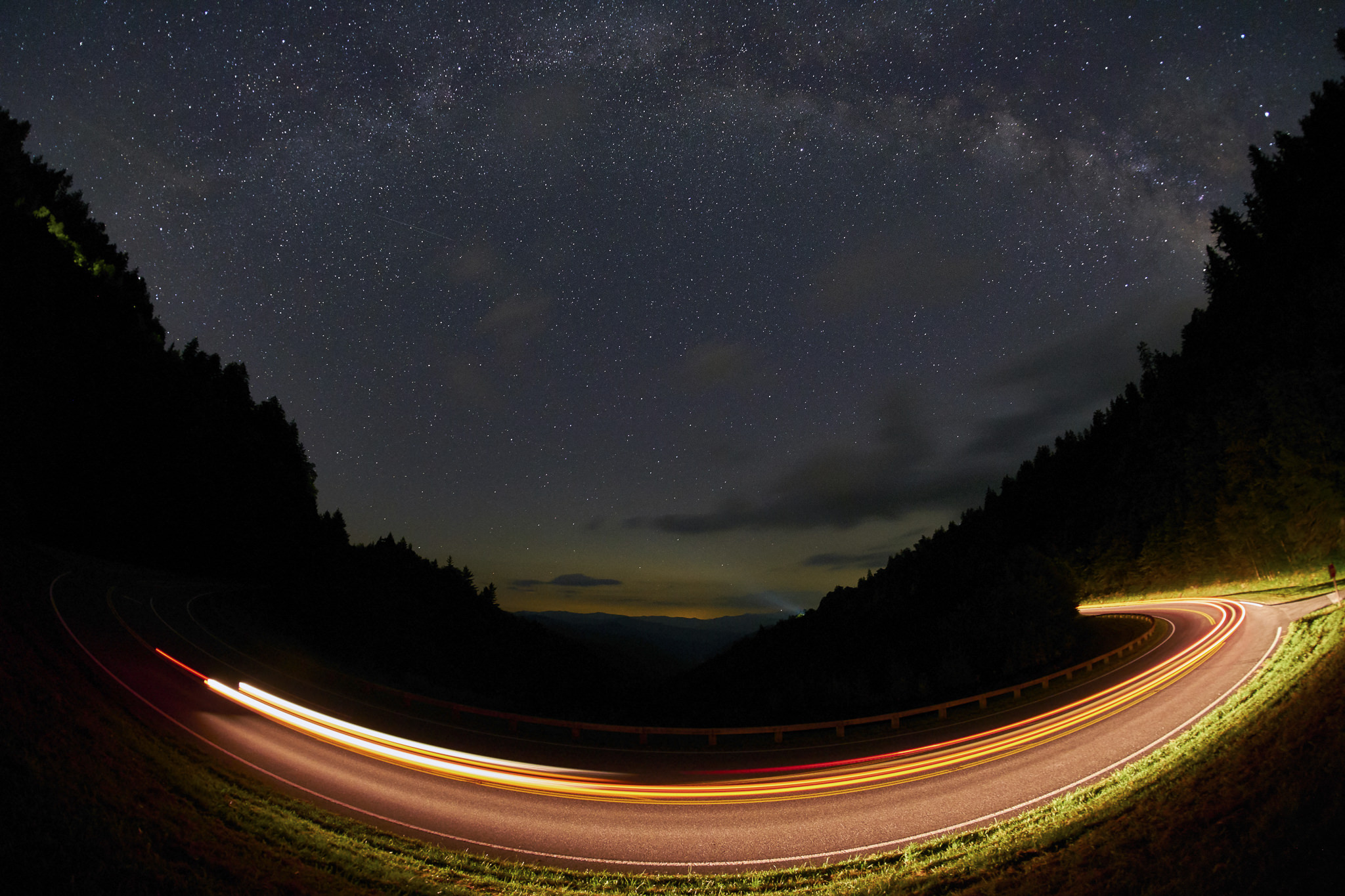 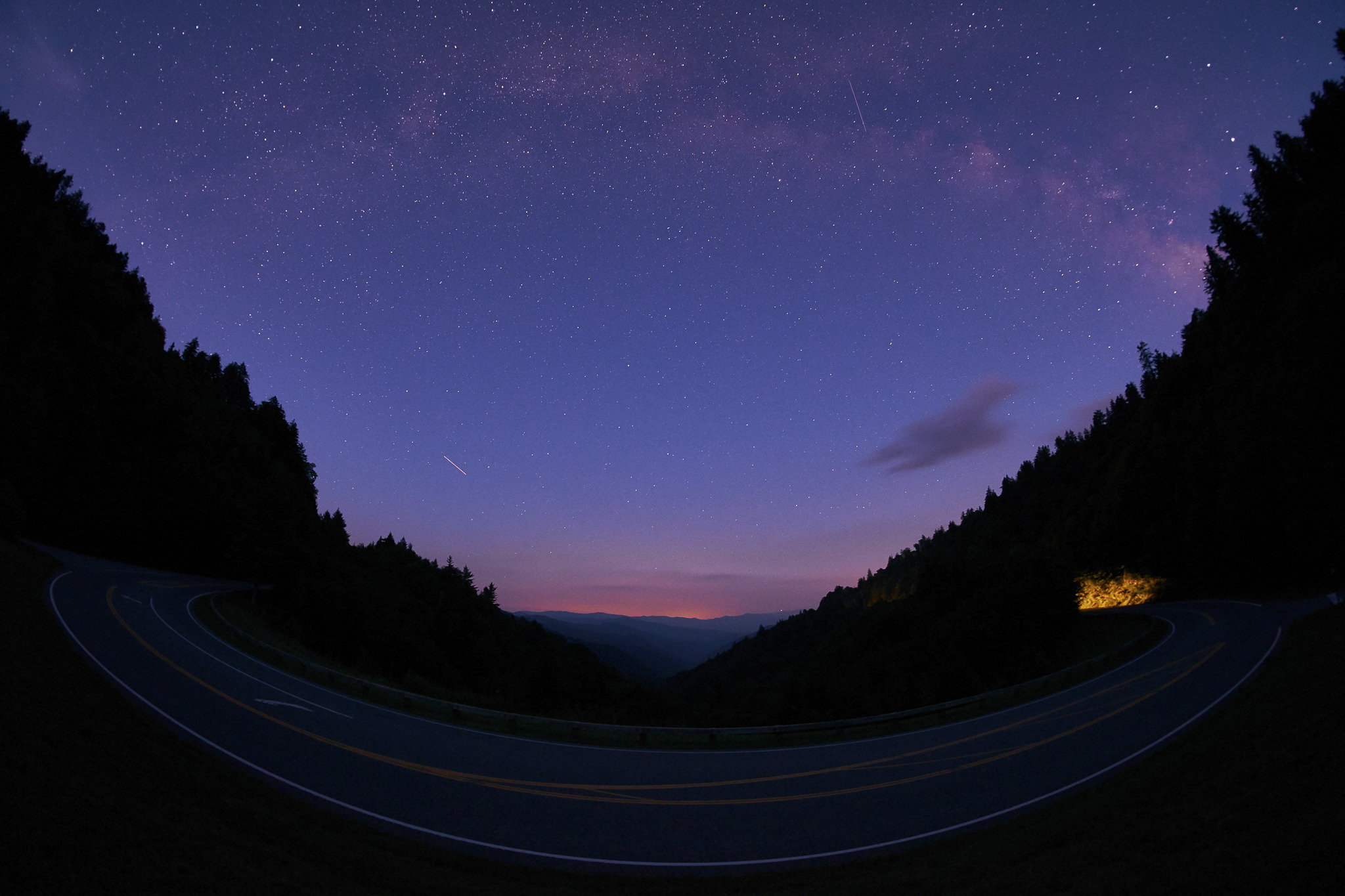 I stuck around for another hour or so shooting individual images, leveraging the bend in the roads to create some interesting trails. 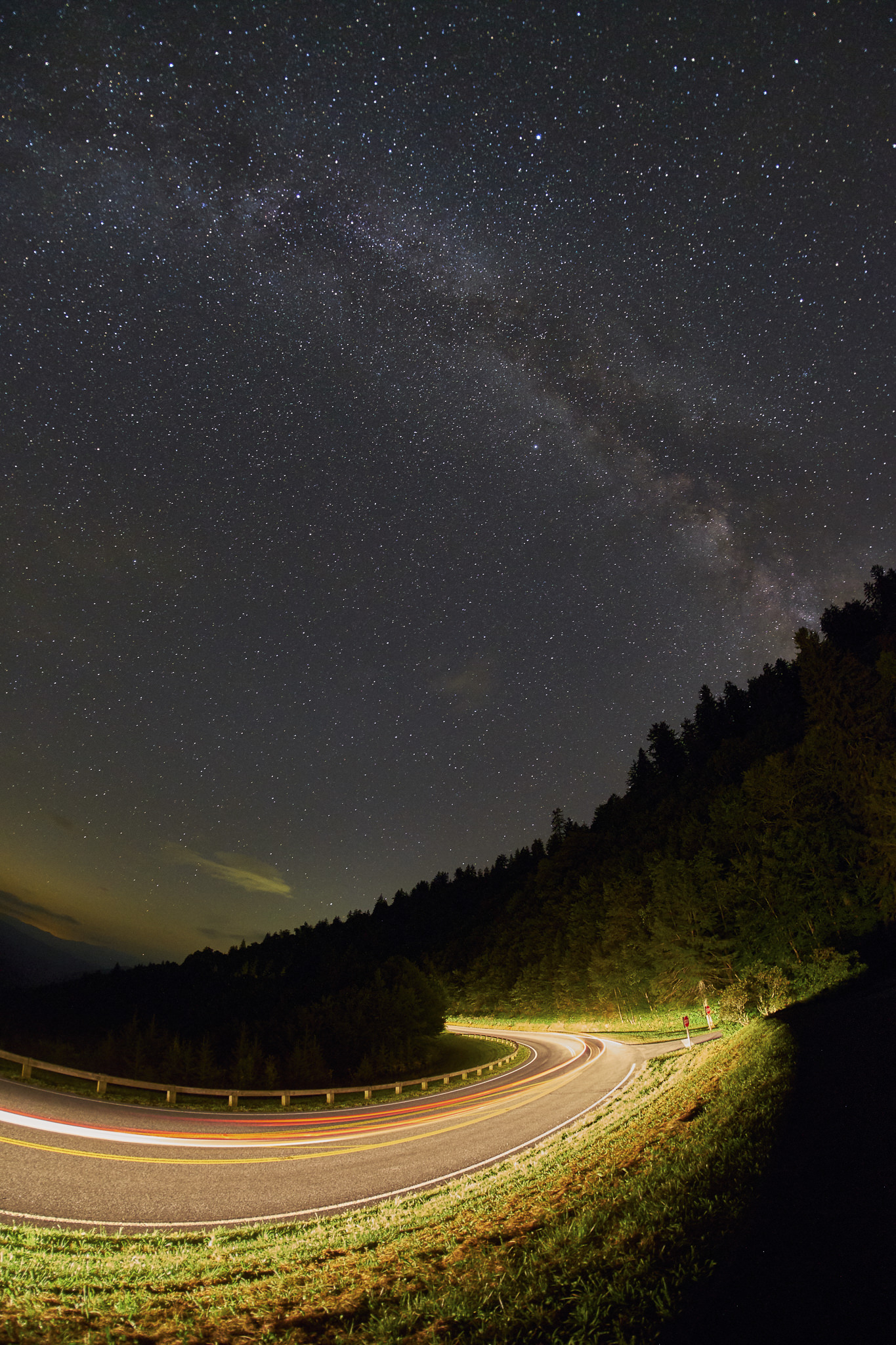 Shortly after that, the sky clouded up, and I headed to my hotel in Gatlinburg for the night. I spent most of the next day driving to see the girls. 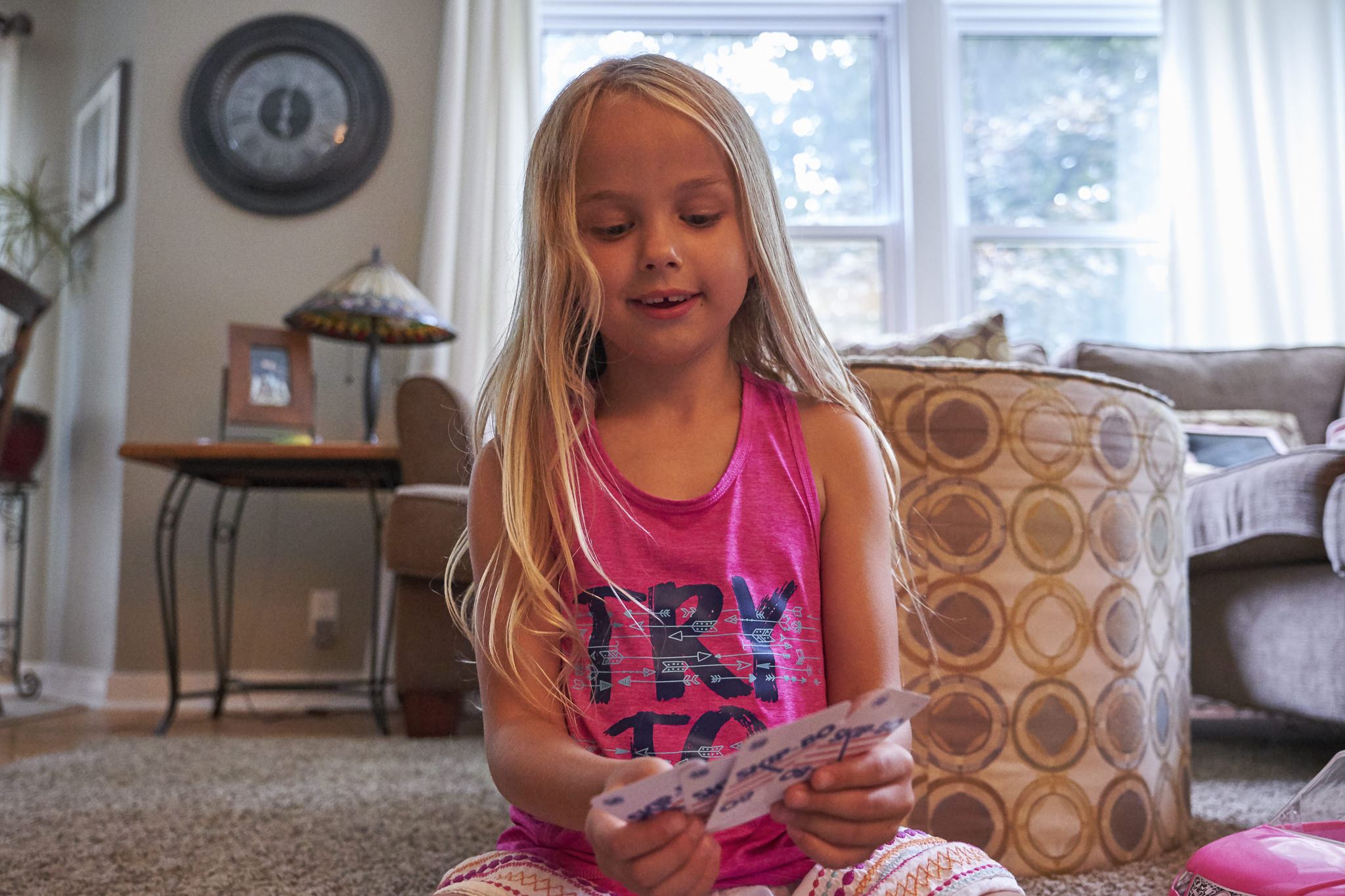 I stayed the last 10 days of August in Michigan – here’s that post.