Here are my favorite pictures I took in July 2017:

Here are a few pictures from our summer trip to Disney World – see all the details in this post. 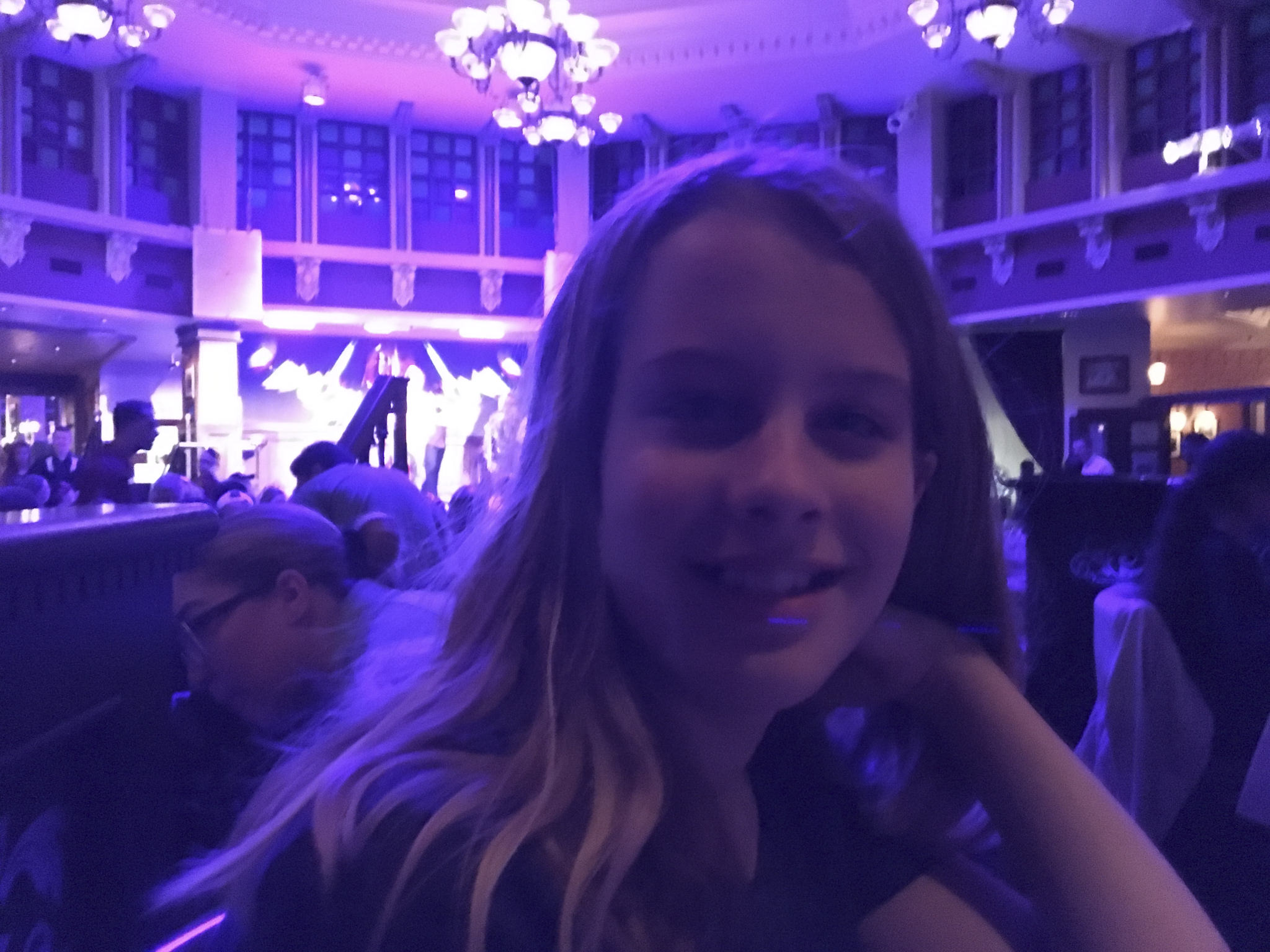 Aly delighted at Raglan Road, one of our favorite restaurants at Disney World. iPhone 6s. 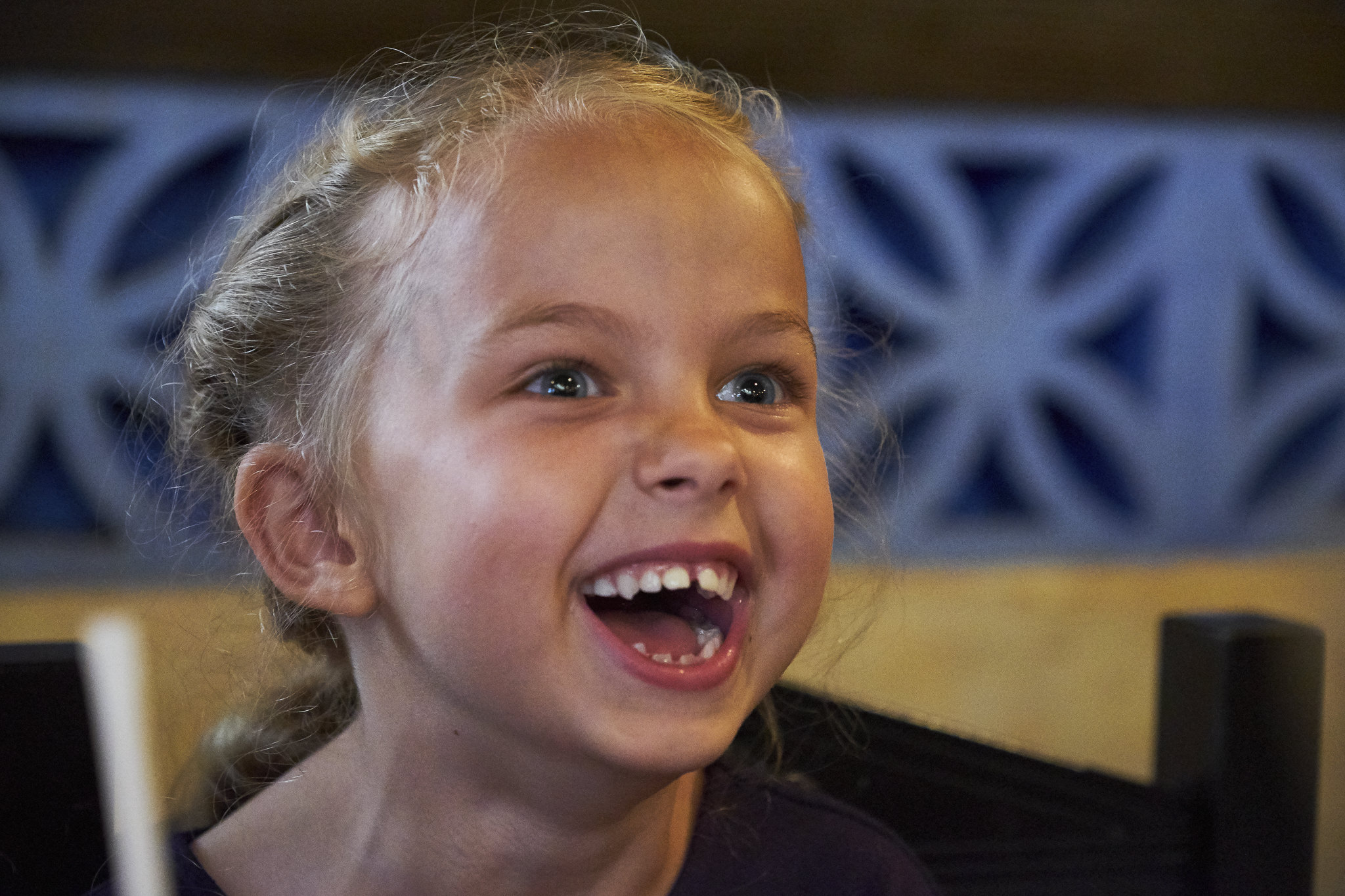 Leah having a blast with the characters at Tusker House. Fuji X-T2 with XF 16-55mm lens. 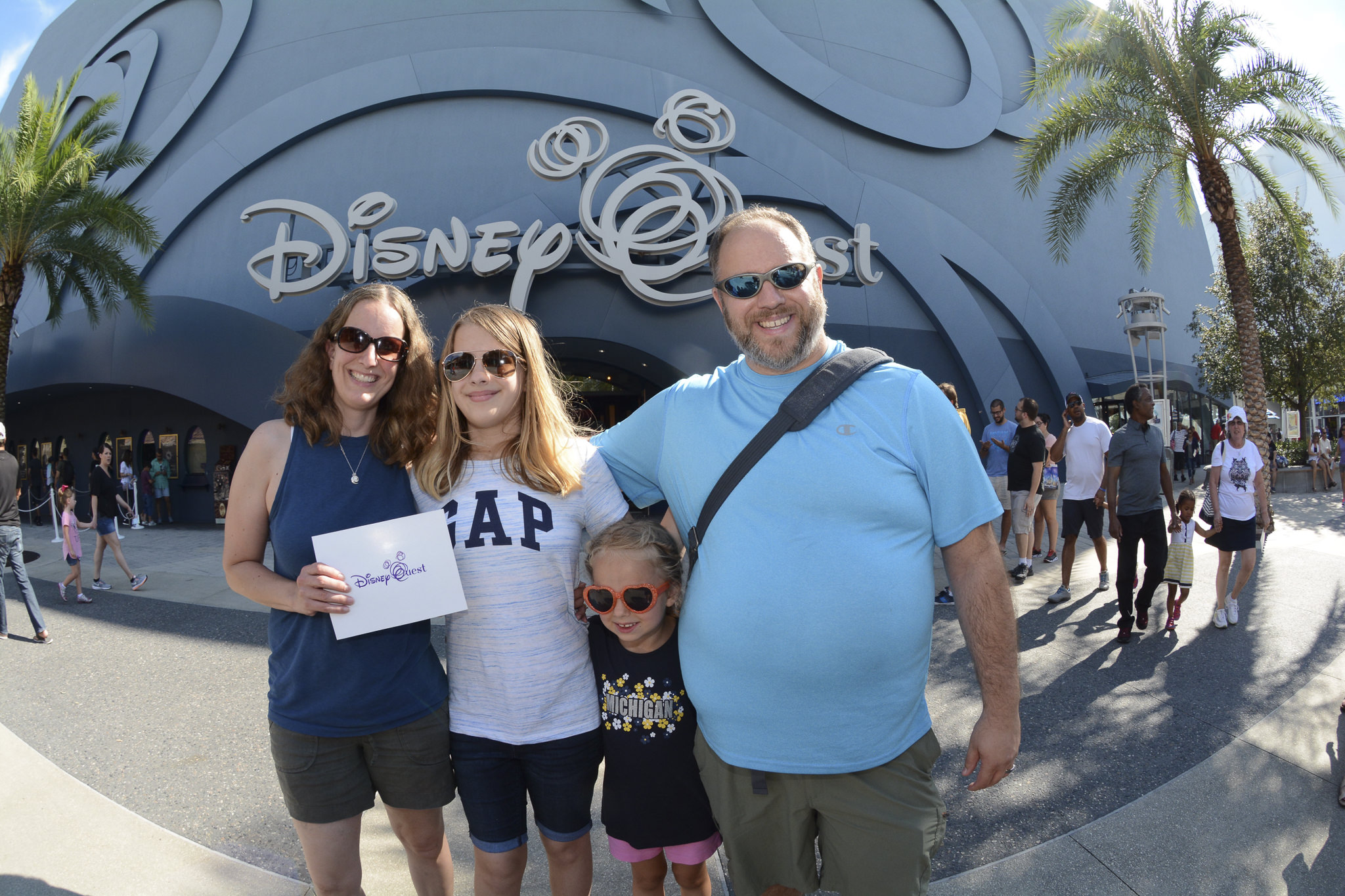 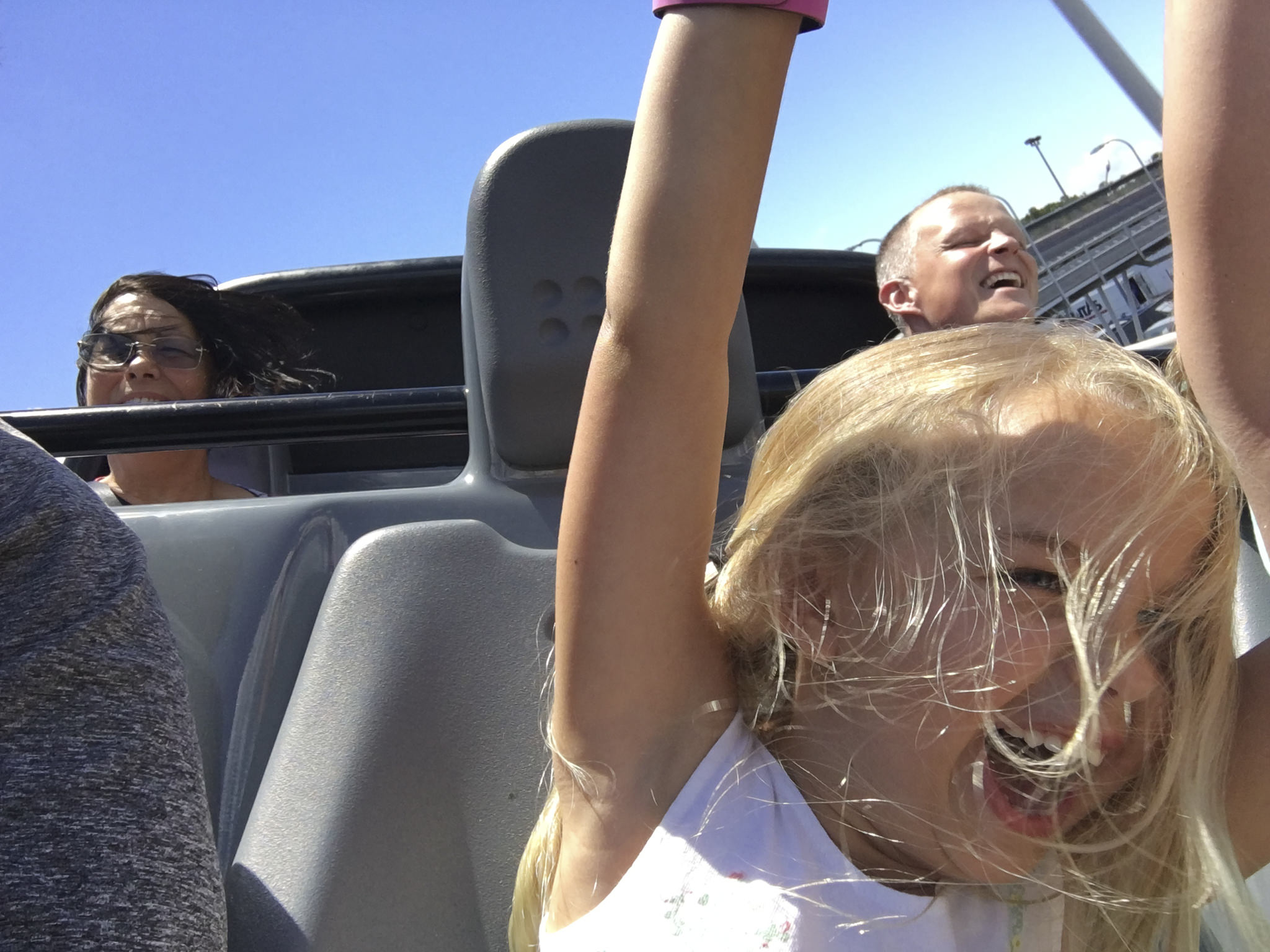 Leah throwing her arms up on Test Track. iPhone 6s. 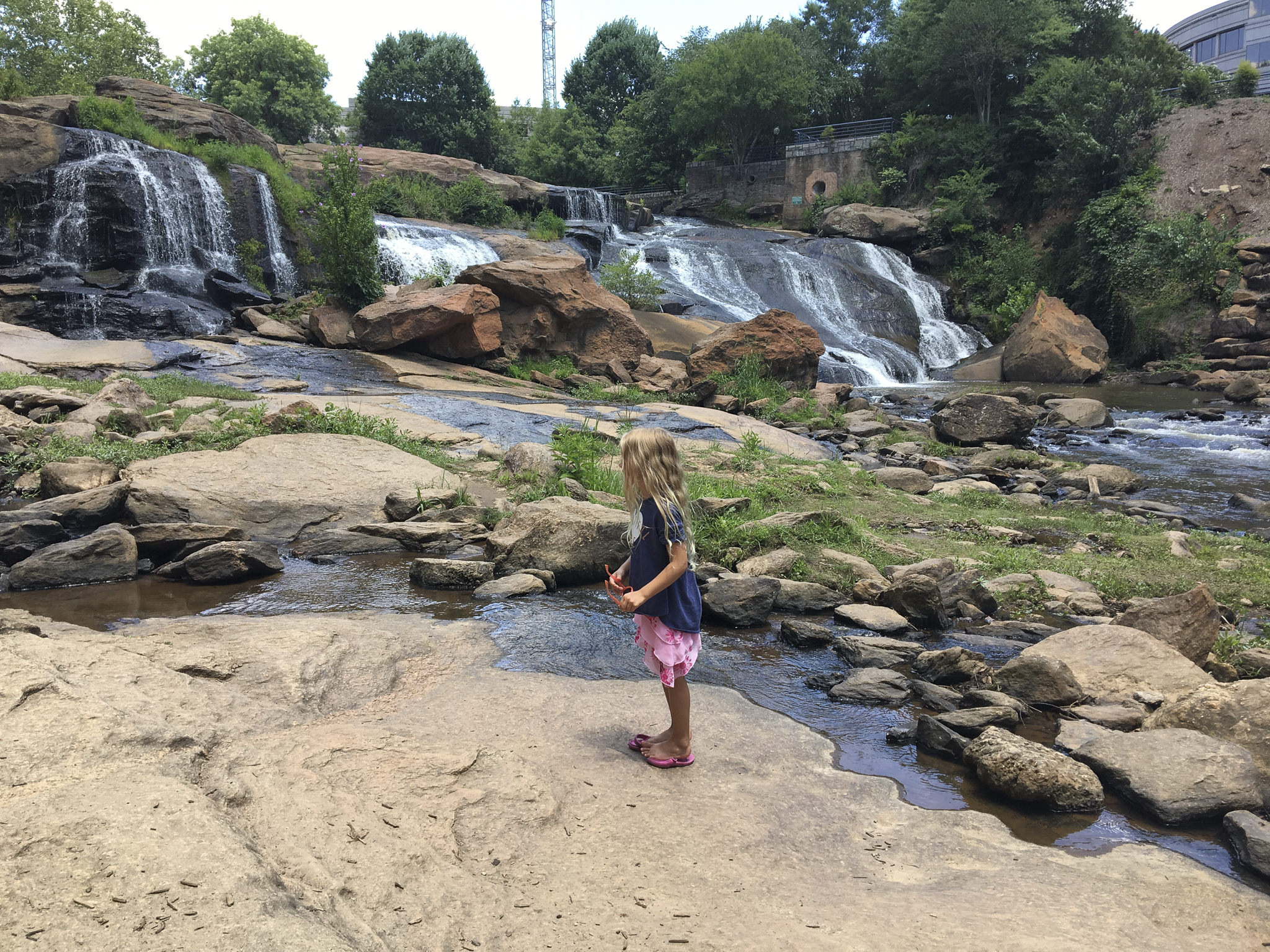 Frendo had a Michigan friend visit, and we all headed to DuPont for a fun lake/waterfall hike, where we met a big snapping turtle: 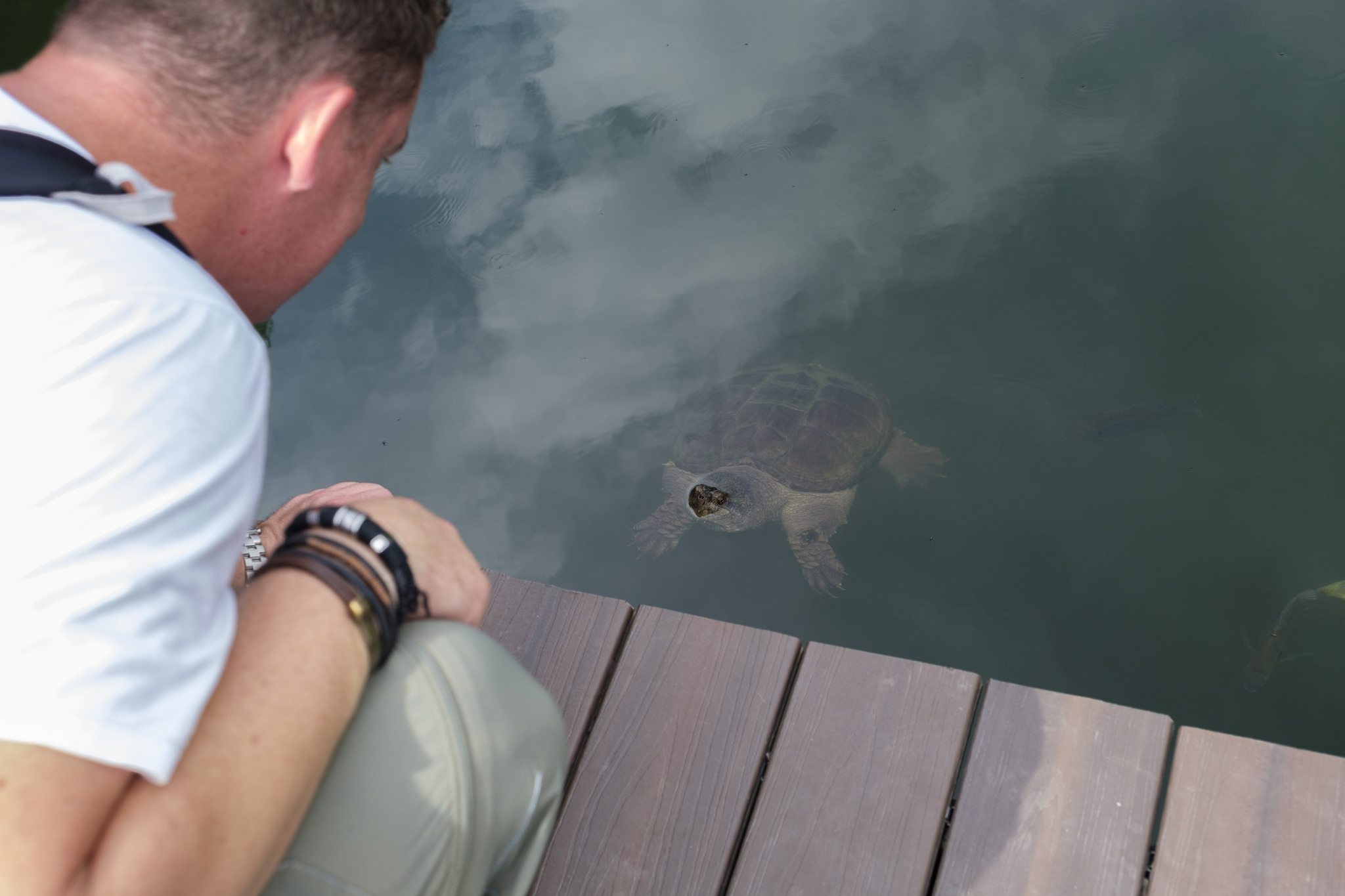 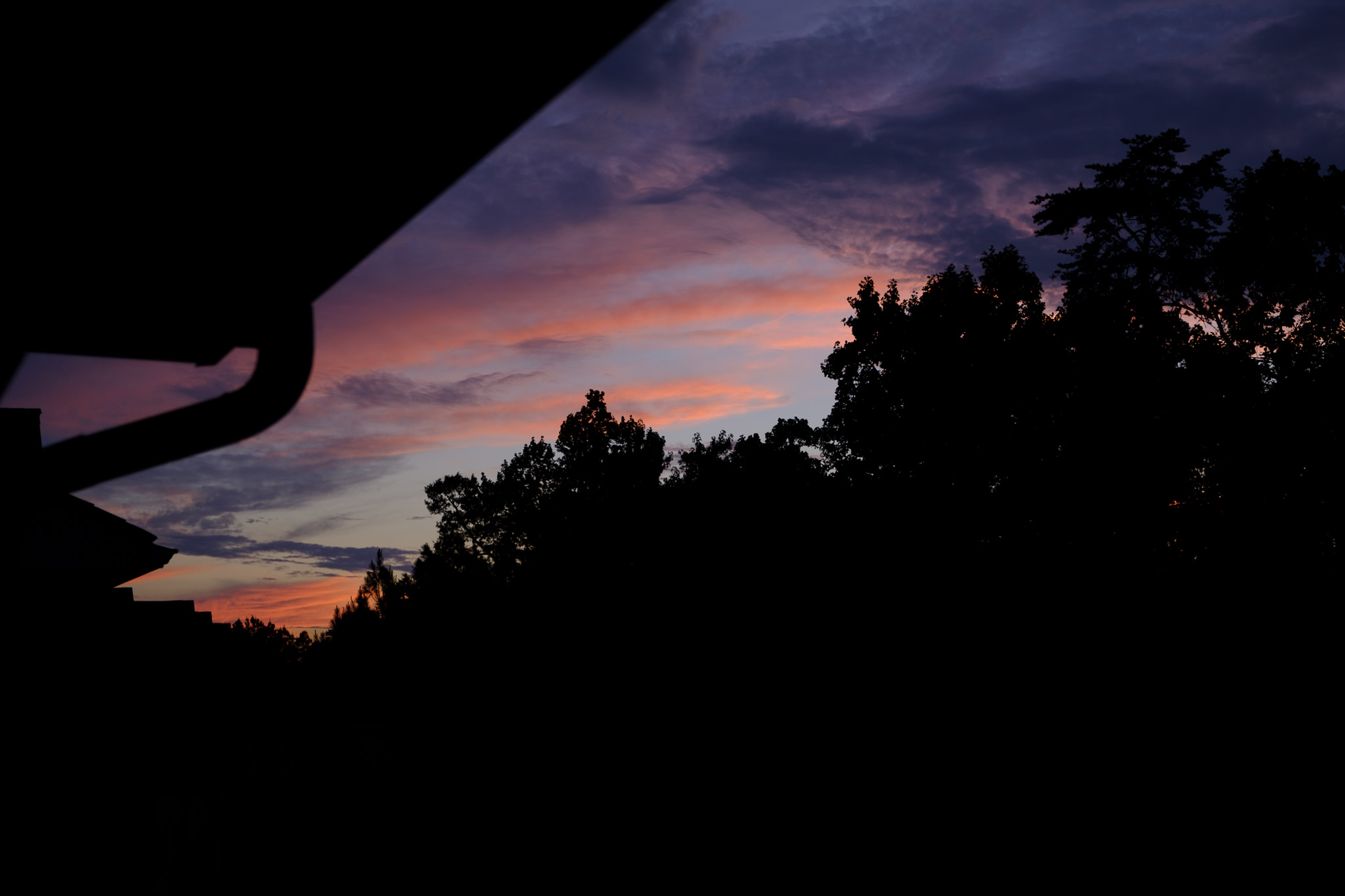 Since I started shooting the night sky last fall, I’d been picturing two specific night shots at DuPont: the Milky Way over the dock at Lake Dense, and a wide view of the Milky Way rising over the larger Lake Julia. I’d been there several times at night (some with Frendo, some solo), but we’d been foiled by clouds or the moon each time. As the new moon period arrived in July, I headed up to DuPont solo on a Friday night with high hopes, since it was the middle of summer (the perfect season for shooting the spiral arm of the Milky Way) and supposed to be clear.

Sunset was lovely on this particular evening. 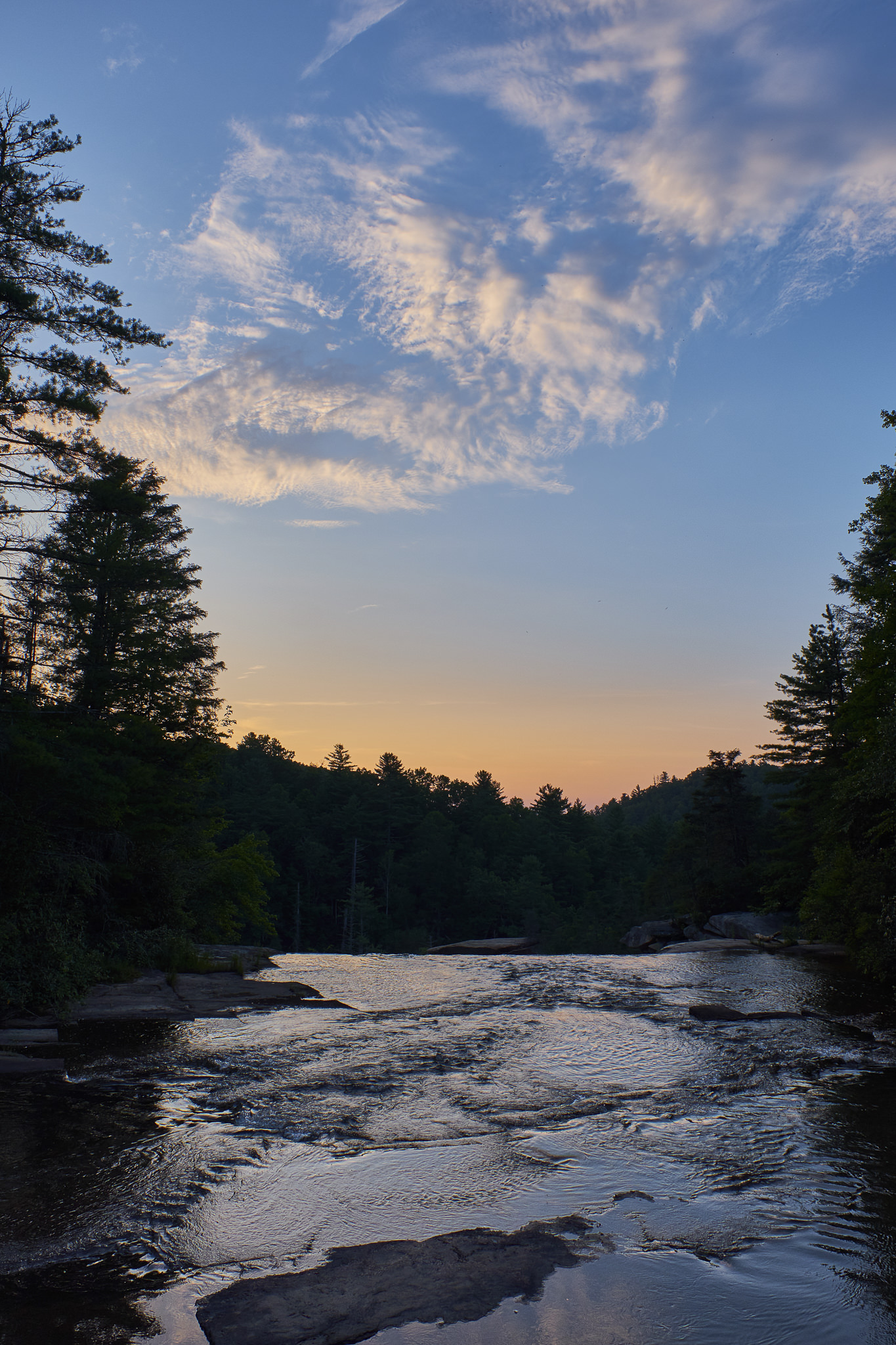 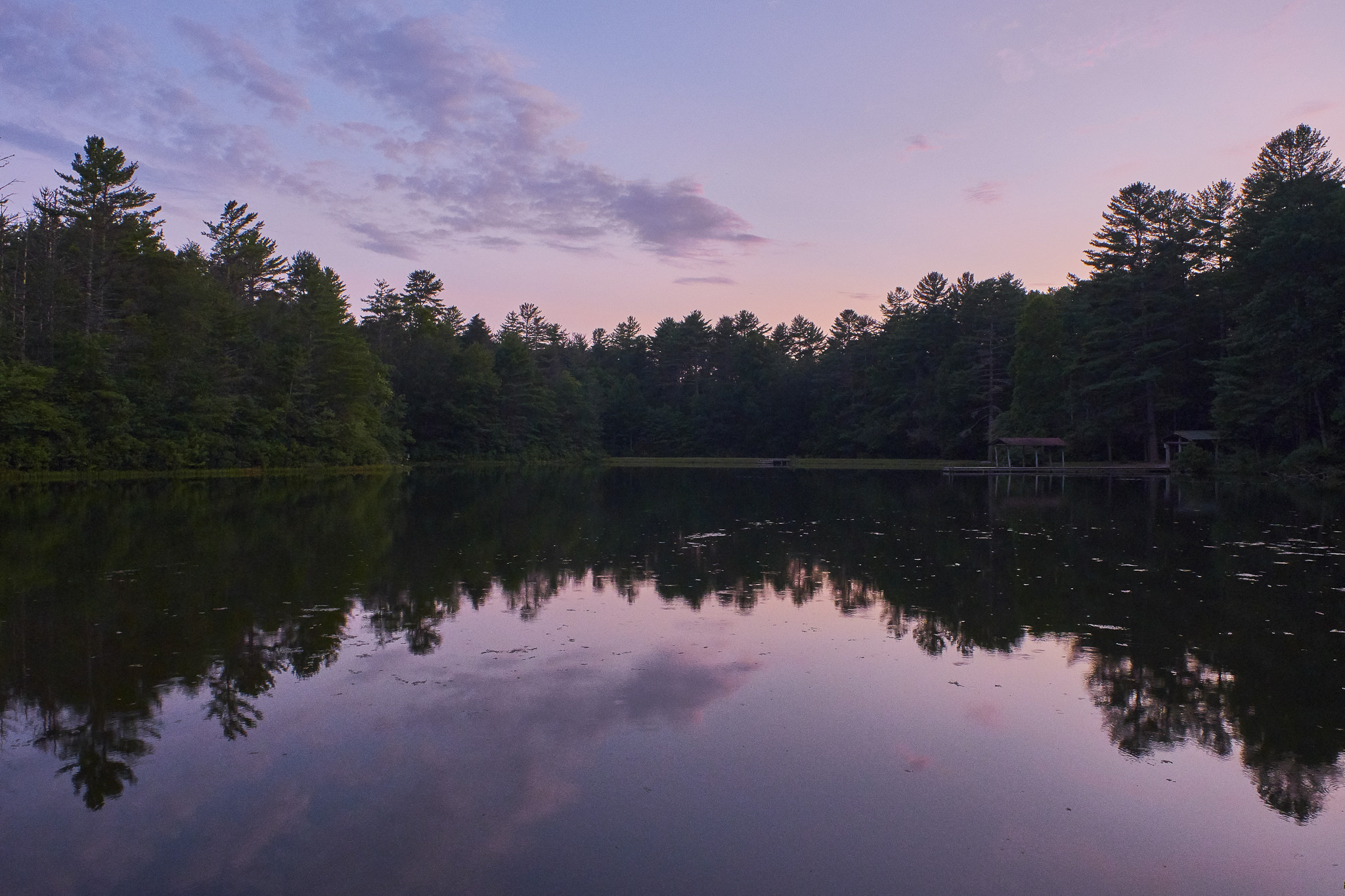 As I set up the tripod and motion control system, I had a kind of anxious excitement while I waited for the sunlight to disappear. 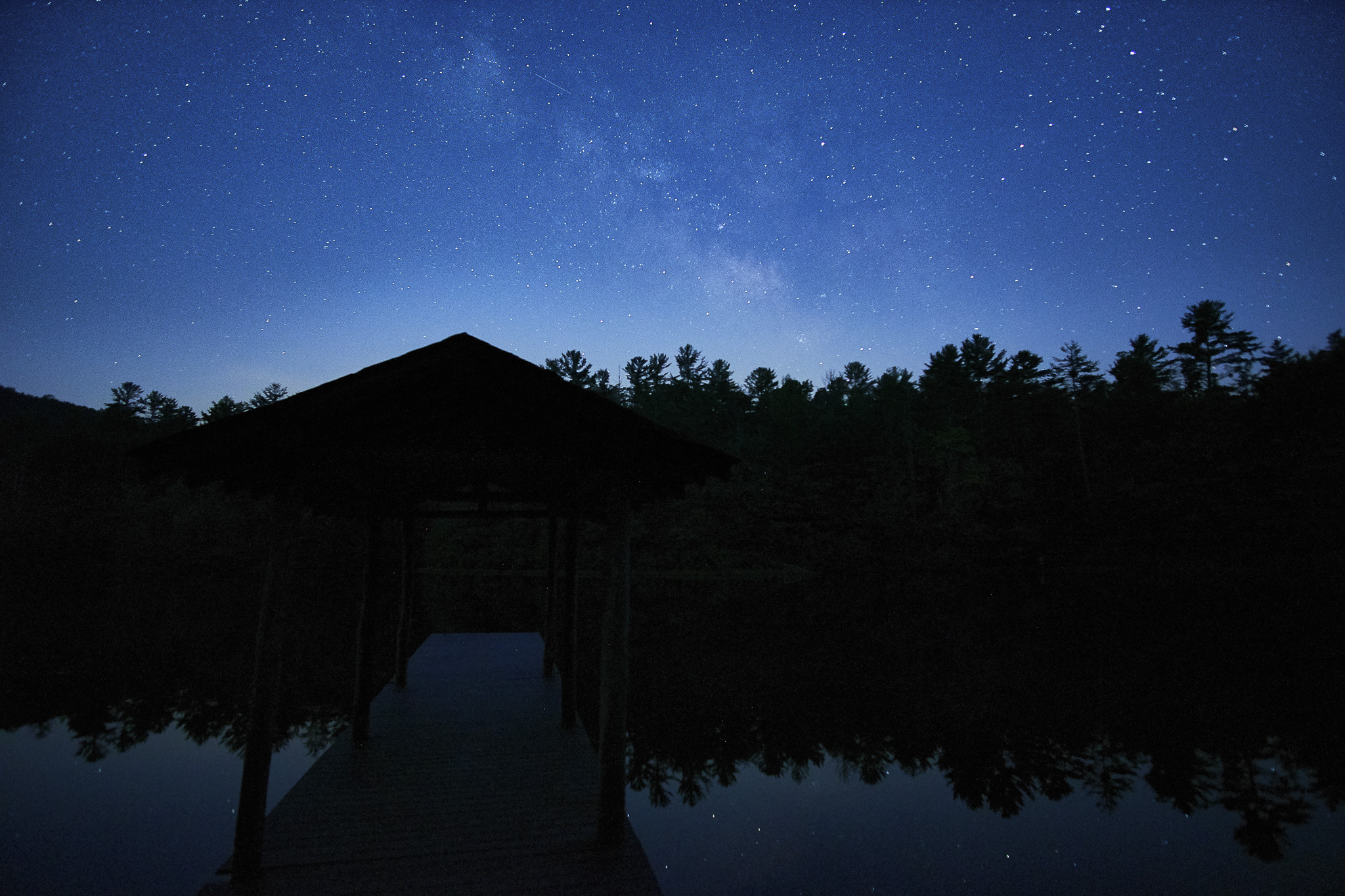 Even though the sky was still a bit blue from the sky, I couldn’t wait to start the time-lapse sequence, because I was loving the star reflections on the lake. I clicked the start button from my smartphone app, and then started grinning as I saw the pictures I was getting.

This was exactly the sequence I had been waiting for, and I was grinning in the dark reviewing it when the series finished. The forest noises on this particular night were pretty crazy, so freaking out over that tempered my excitement just a bit. I switched to my fisheye lens and recorded another sequence, and a bunch of other still images that captured more of the arch. 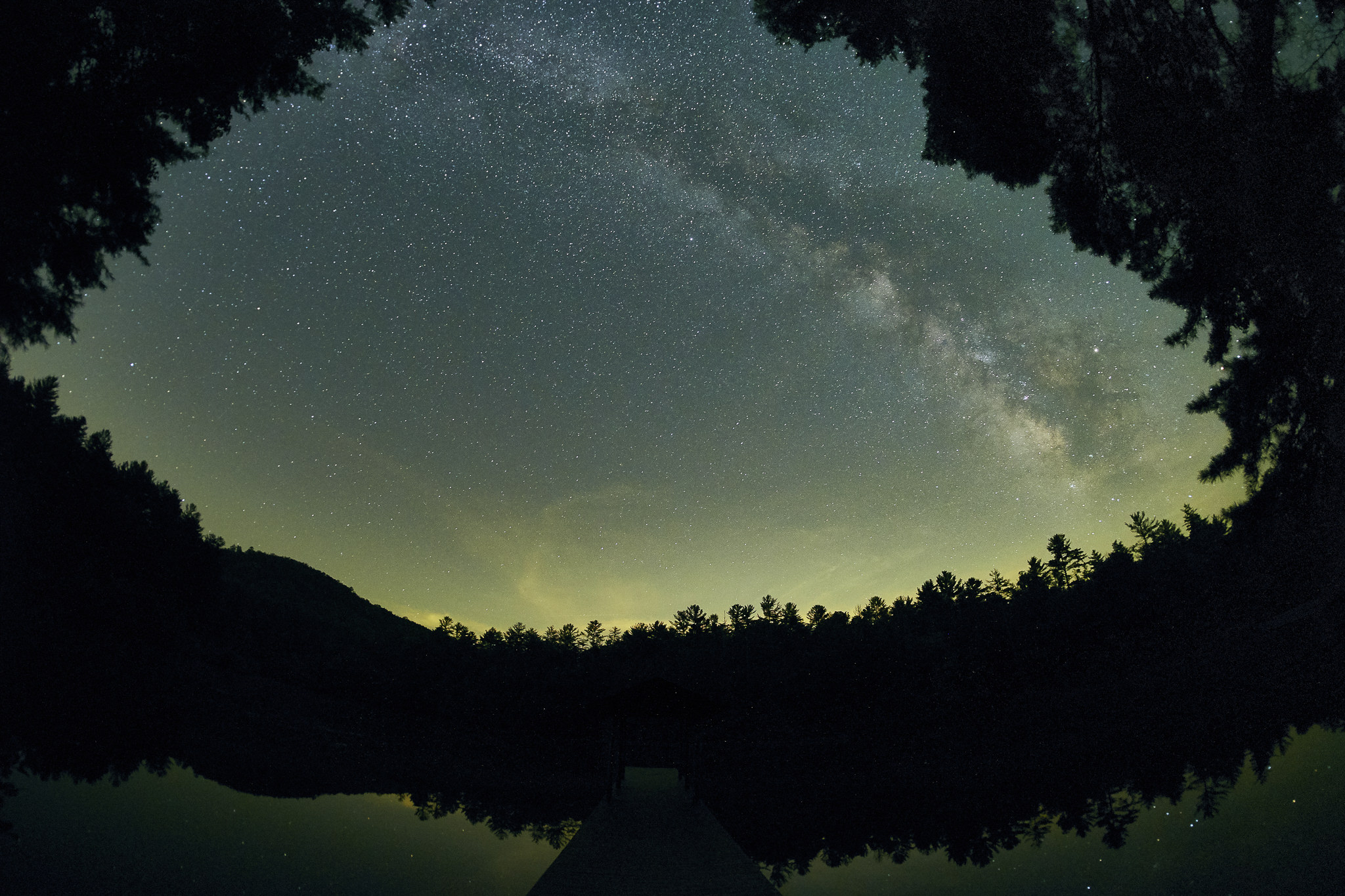 At this point, the noise was freaking me out even more, so I decided to light paint a couple more images and then hike back to the car. I got one that I really love: 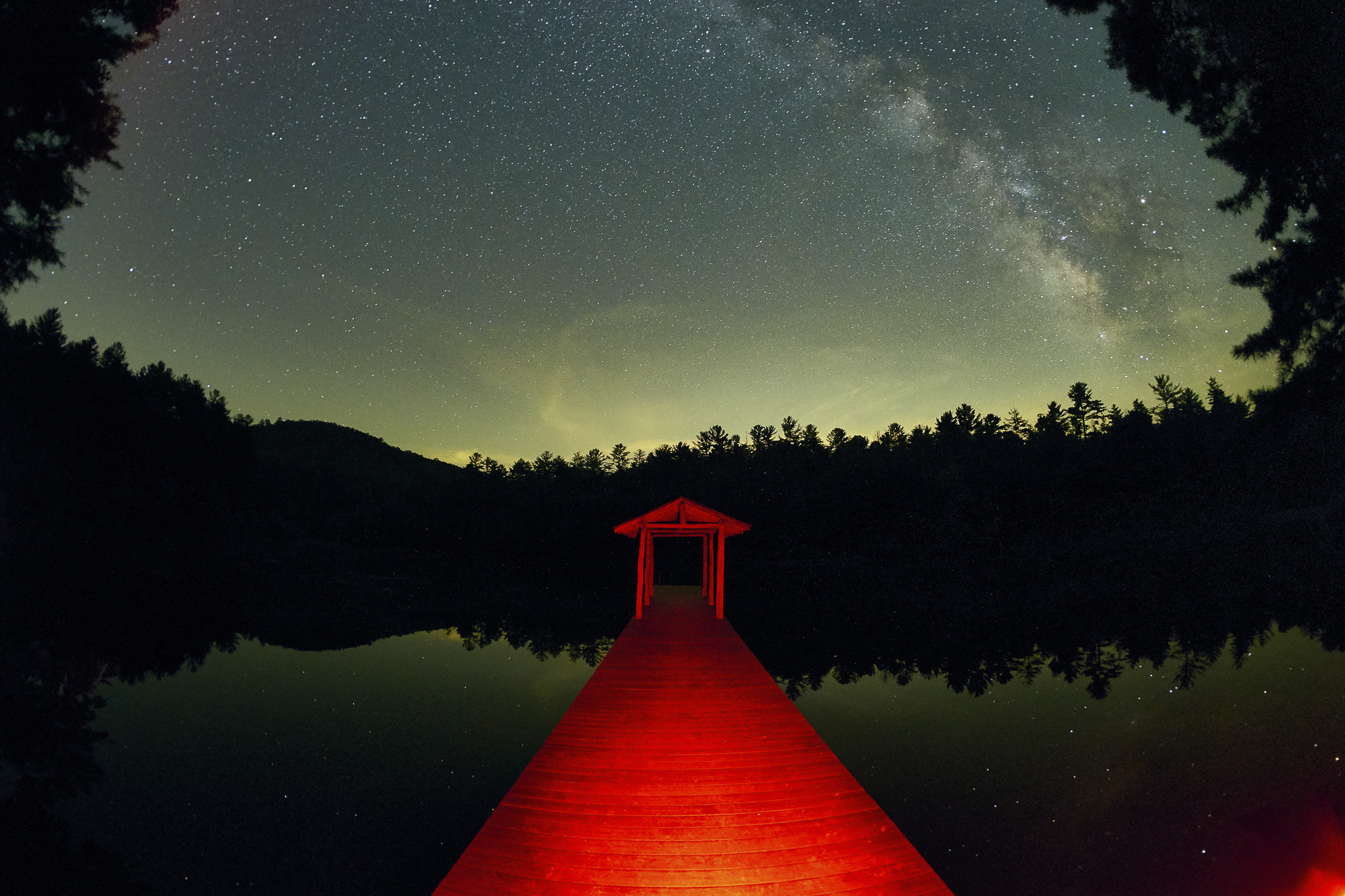 The next morning, I was sending Frendo some shots from this night, and we both decided we had to go again that night. Less freaking out necessary when I’m not solo. The twilight was just as beautiful as the previous night, so we got some great shots as we hiked in to Lake Julia. 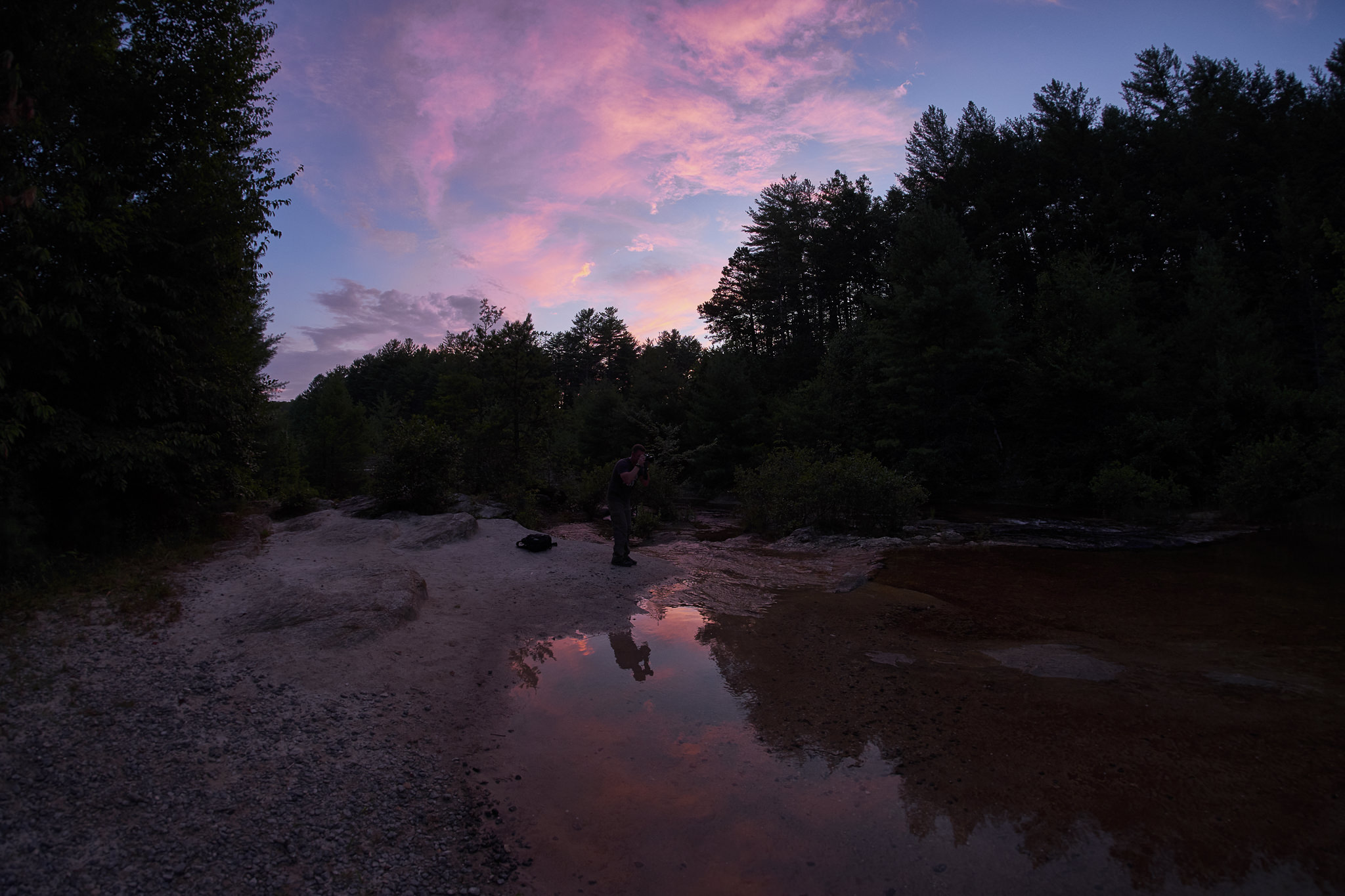 We set up our tripods and motion systems at the lake’s edge, and hoped the fire ants all over the ground wouldn’t be too irritated at our visit to their home. We also tons of green fireflies hanging out with us, and the sky had just enough cloud cover to make it interesting, along with a crazy amount of stars. 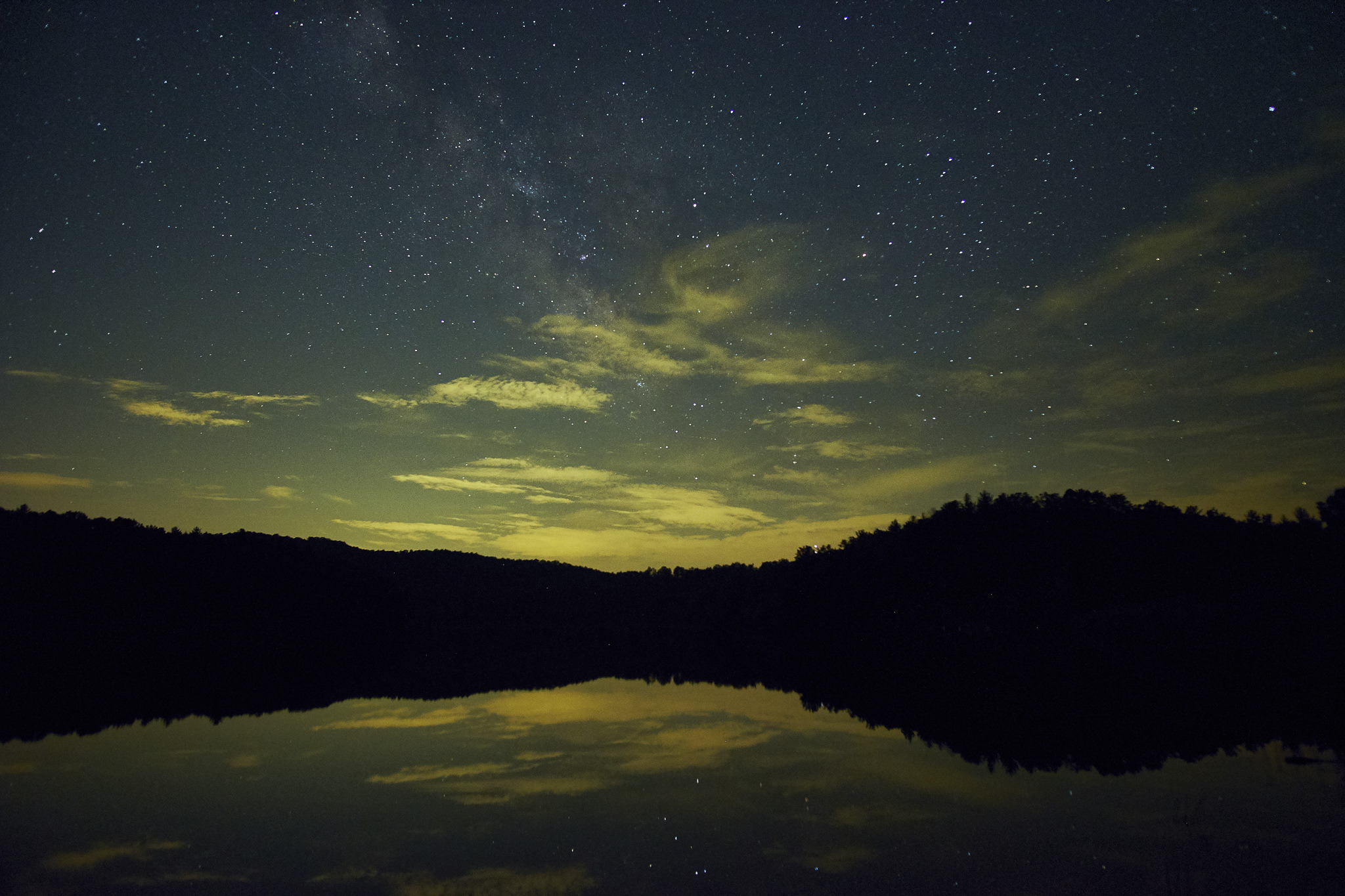 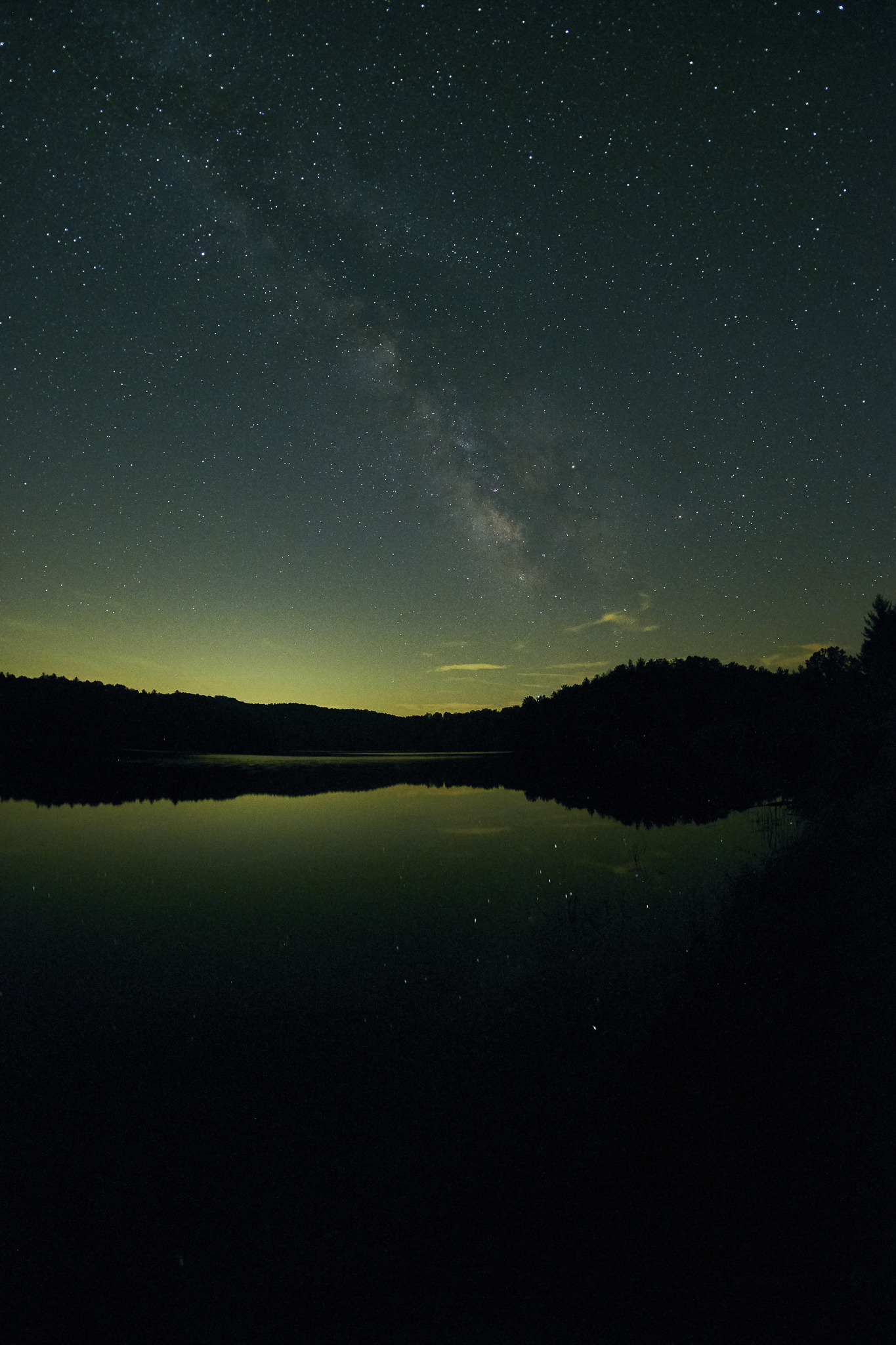 I was very pleased with the clips and photos we were getting; just like the previous night, I got exactly the time-lapse clip I had been dreaming of.

At this point it was pretty late, so we started the hike back to the parking lot. Along the way, we met several frogs/toads in the road, and a salamander that let Frendo push his lens pretty much right up to its nose.

A few miles later, our headlamps caught something larger moving alongside the left side of the road, and we both froze. I said “Is that a crab?” with a very confused tone, since we were a long ways from the lake. As we trained our lights on it, we realized it was a (to us) terrifyingly huge brown recluse spider, which immediately started menacing us.

Despite the fact that the road is probably 20 feet wide, we didn’t want to move past it, so Frendo tossed some small rocks towards it, hoping to encourage it to move away from us. One landed right next to it, and it actually started coming towards us quickly, causing panicked freakout in both of us. Another rock landing near it caused it to change direction, so we finally escaped the grips of the giant spider, laughing at ourselves all the way back to the car.