I’ve hiked nearly every weekend day since I moved to SC except when I was out of town or had guests, but I was feeling a bit worn out when I got up Saturday morning, so I tried to think of something else to explore. That’s when it hit me: the Blue Ridge Parkway is only an hour away.

I loaded up all my Fuji gear (I’ve switched completely from Canon to Fuji over the last few weeks, but that’s a tale for another blog post somewhere down the line), hopped in the car, and headed up 276 past my normal haunts and into uncharted North Carolina territory. Eventually, I made it to the town of Brevard, which I had heard great things about, and it was indeed a cute town to drive through on a glorious Saturday morning, nestled right in the mountains. I continued west out of town on 276, entering the Pisgah National Forest, which reminded me more and more of my time last year in Great Smoky Mountains National Park last year the further into the park I drove. There were many places I wanted to stop (Looking Glass Falls, Sliding Rock), but I noted them for a future visit; I was on a mission.

I was on the Parkway for about 30 feet before I had to correct my first drift from scoping the scenery.  I headed south (more accurately, west, but the Parkway only has north and south; north to VA, south to GSMNP) and pulled off at the first overlook I passed, feeling giddy from the lush blue skies. 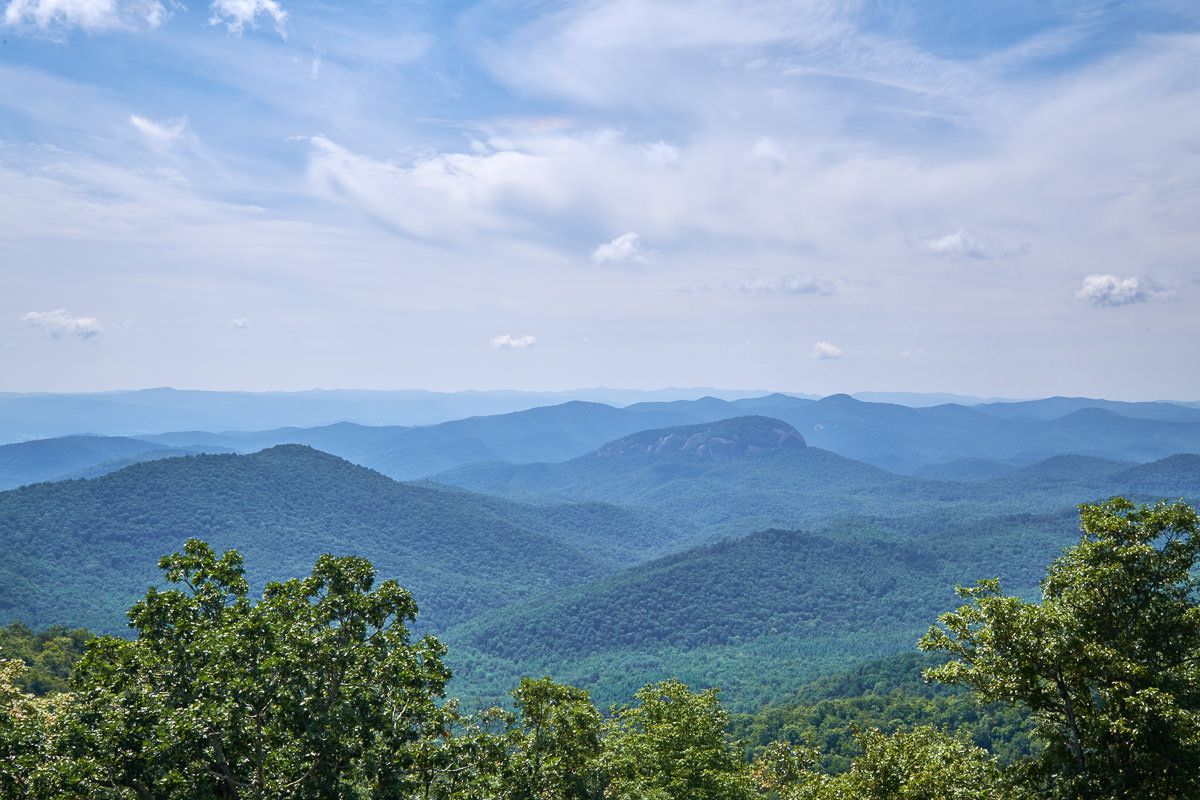 I had the biggest grin on my face at the luck of my first moment on the BRP being a day like this, with skies like this and clouds like this and mountains like this. I chatted up a guy who climbed off his Harley and I was on the verge of giggling while talking to him, but it was socially acceptable because he had the bug too. Two grown men, one clad head-to-toe in leather, sharing a moment over some mountains.

I’ve mentioned this in other posts, but I love-love-love the motion panorama feature of the Fuji X cameras (my X100T and XT-1 both do this). I shoot them with the camera in portait orientation and moving from left-to-right, but it works in either orientation or direction. It produces a JPEG file, instead of the RAW files I usually shoot with, but as usual, the Fuji JPEGs are brilliant. Click that one above to view it larger – that’s a handheld panorama stitched in-camera and made without a tripod, and a medium-resolution web-sized jpg! 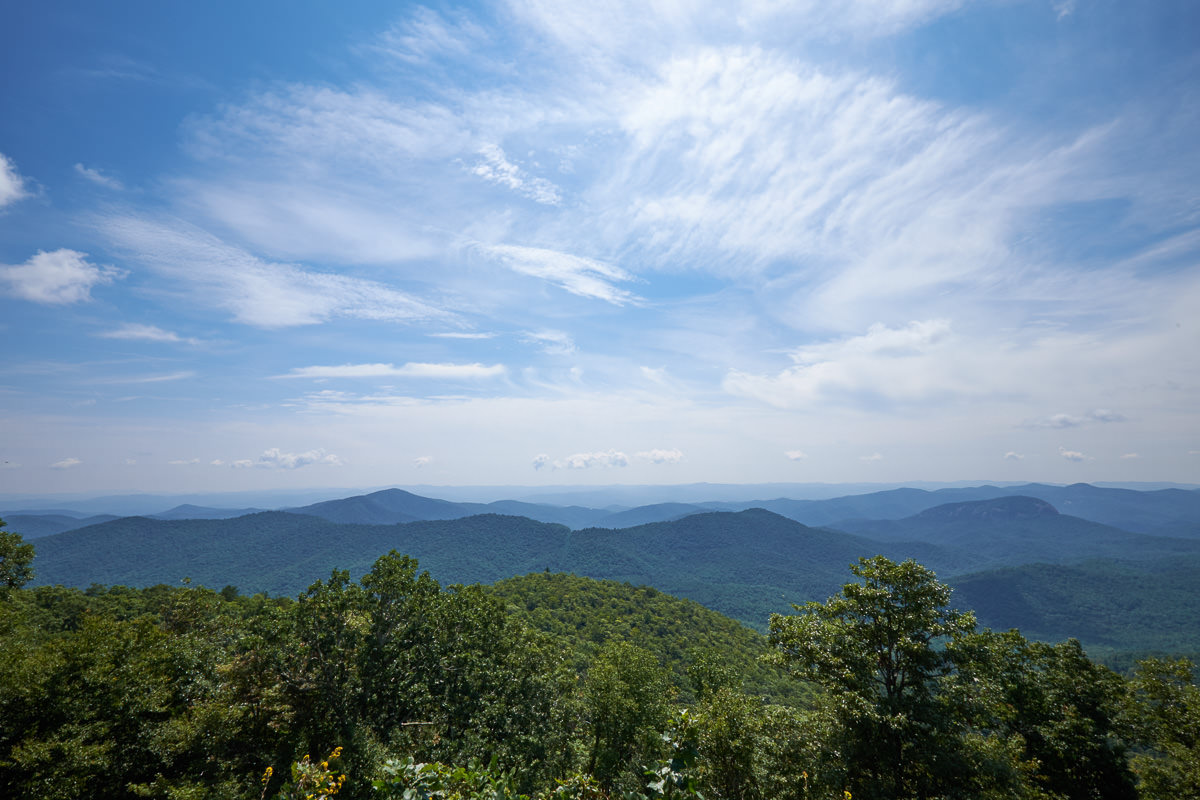 Looking at the timestamps on the photos, I spent about 20 minutes at this first overlook, though I couldn’t have told you if it was 5 minutes or an hour. 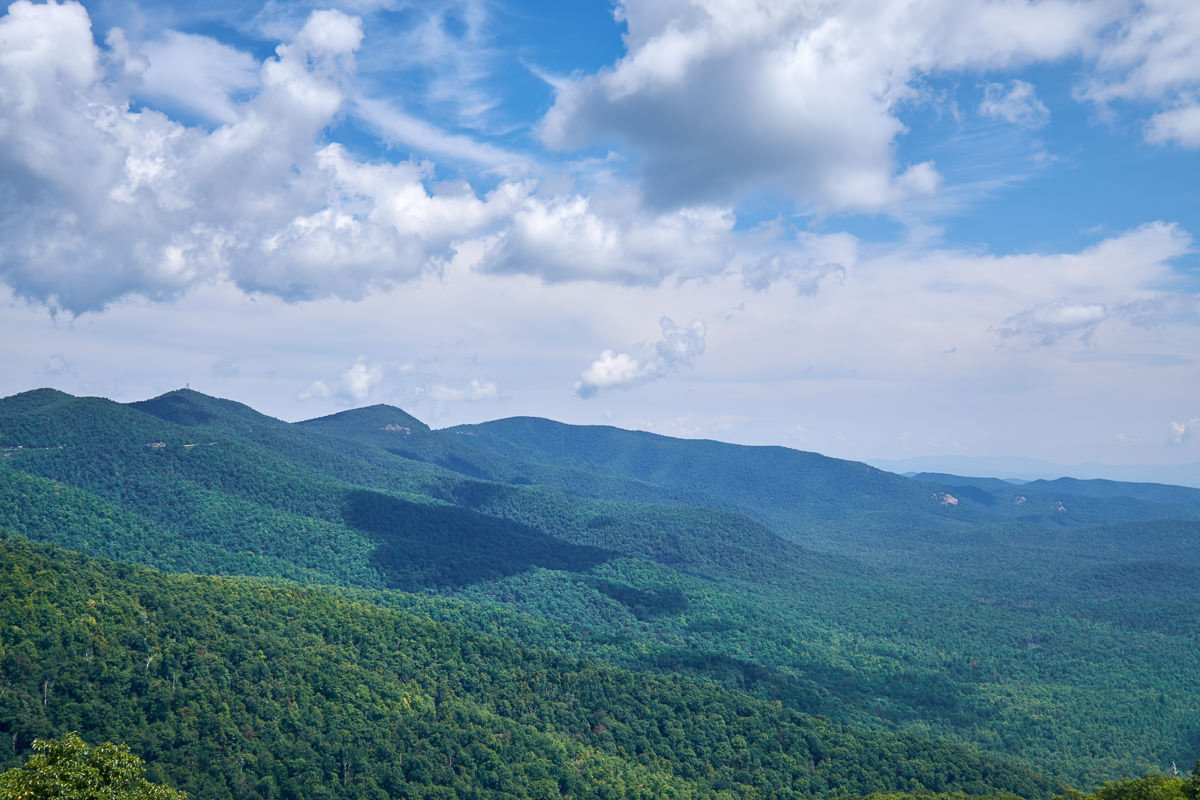 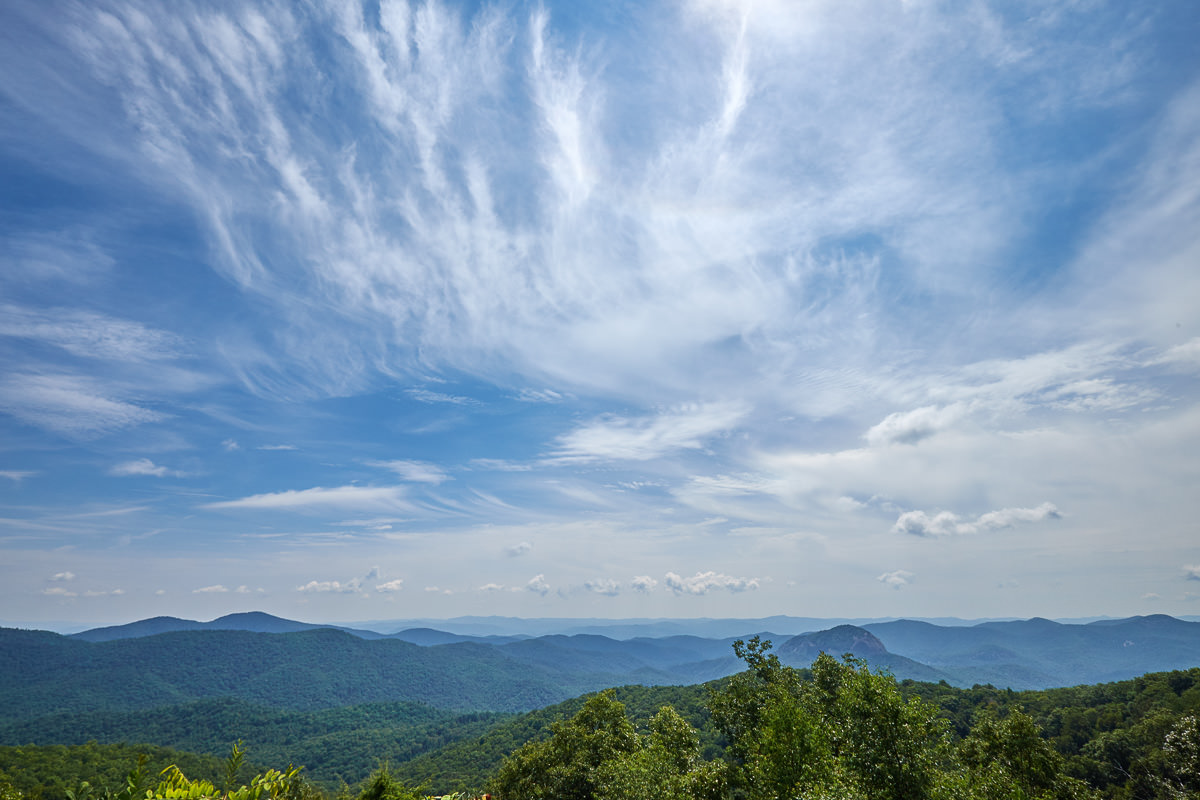 It was at this point that I got out my moleskine notebook and started taking notes, realizing that there were many places on the Parkway that I would need to visit again soon. I pulled into many of the overlooks and got out at most of them, but this next one turned out to be my favorite of the day. 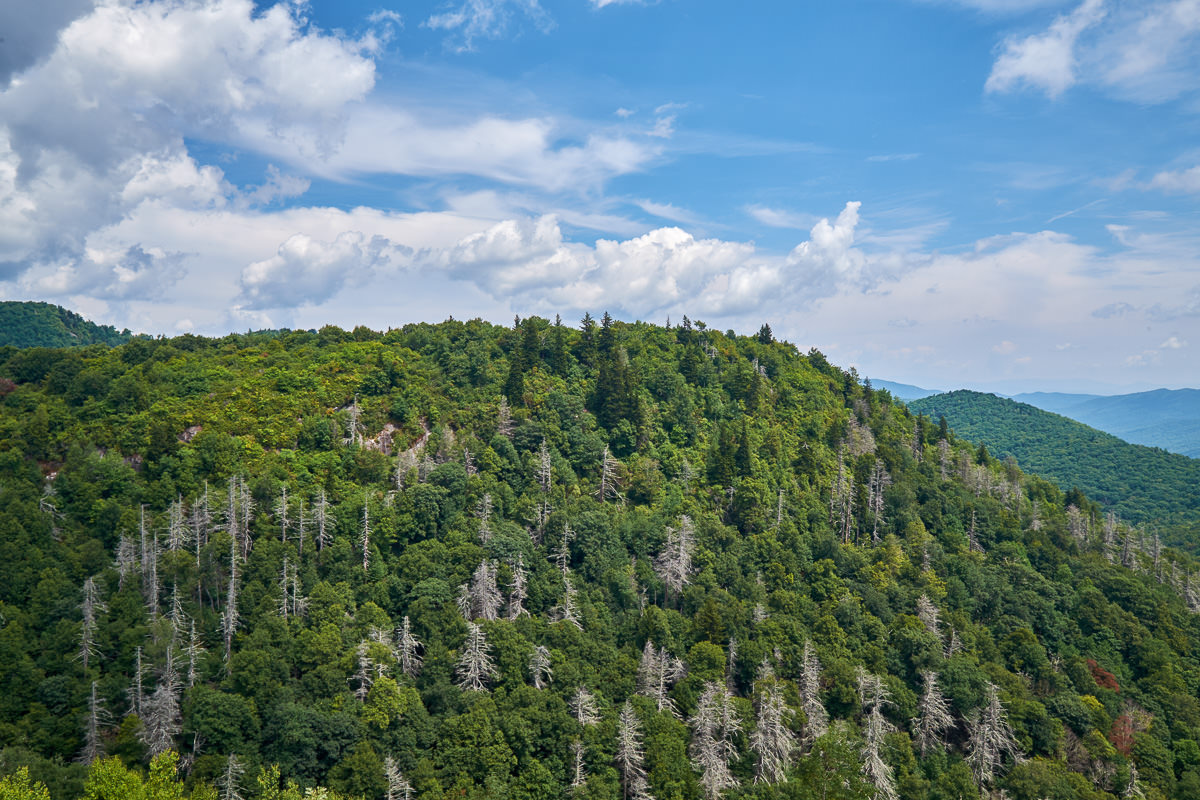 This is a spot I will definitely revisit once the leaves turn. Those dead white trees are going to be beacons in the seas of yellow and red. 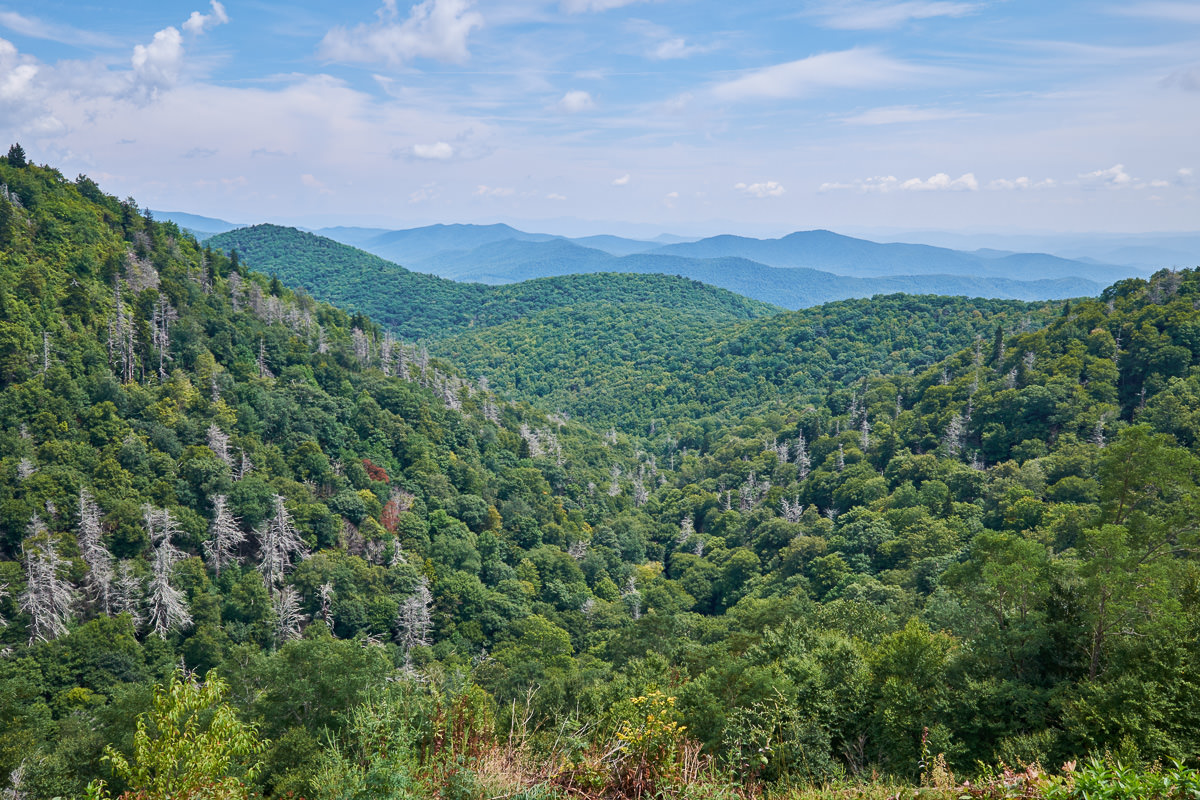 Again, I made many more stops after this and captured tons of great images, including several more panoramas (not pictured here because I have to be sort of selective). As I was in lazy-non-hiking mode, and I was using this as sort of a scouting trip, I didn’t bother using my tripod or any filters for these pictures. Everything here is handheld Fuji goodness. 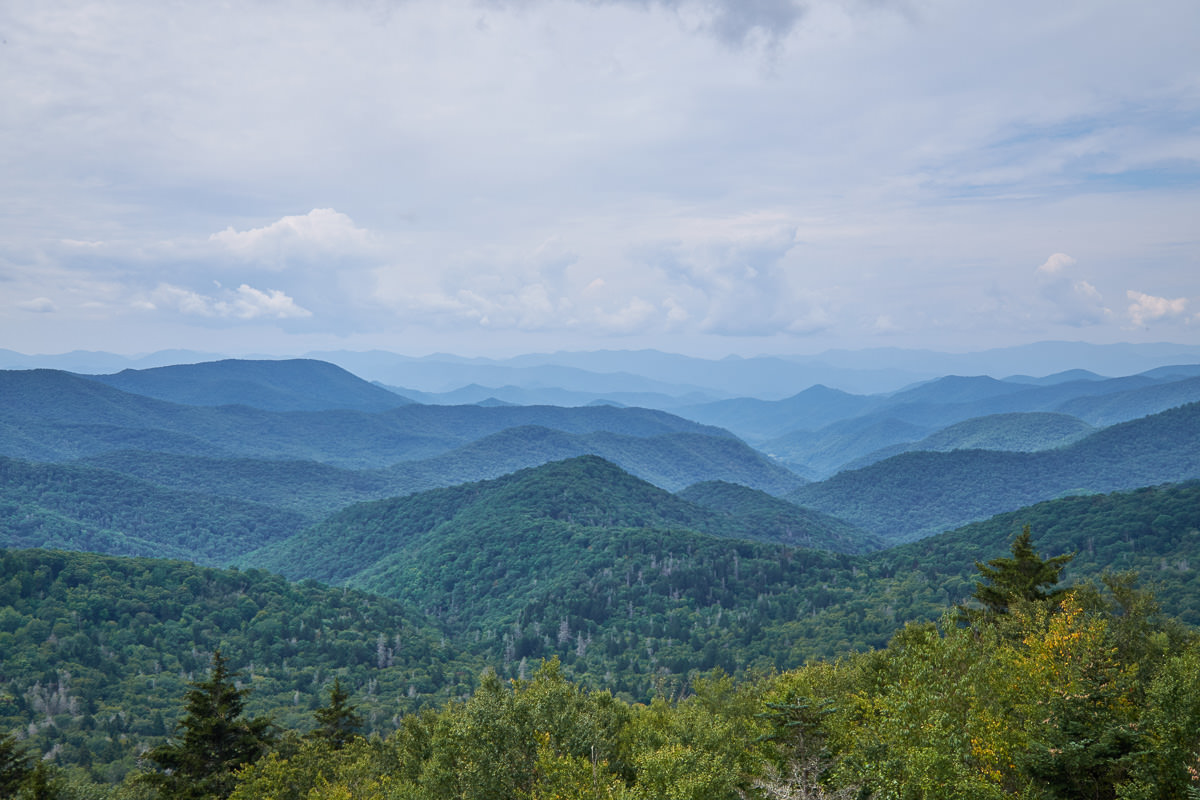 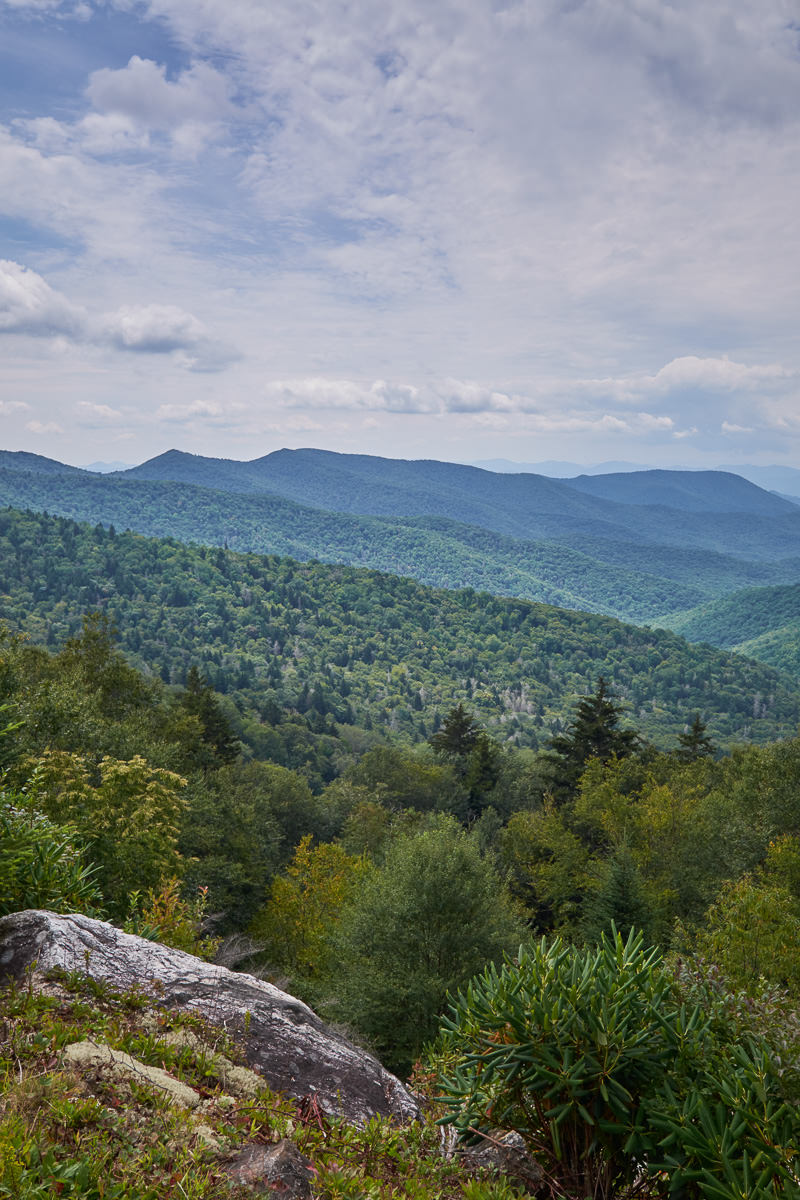 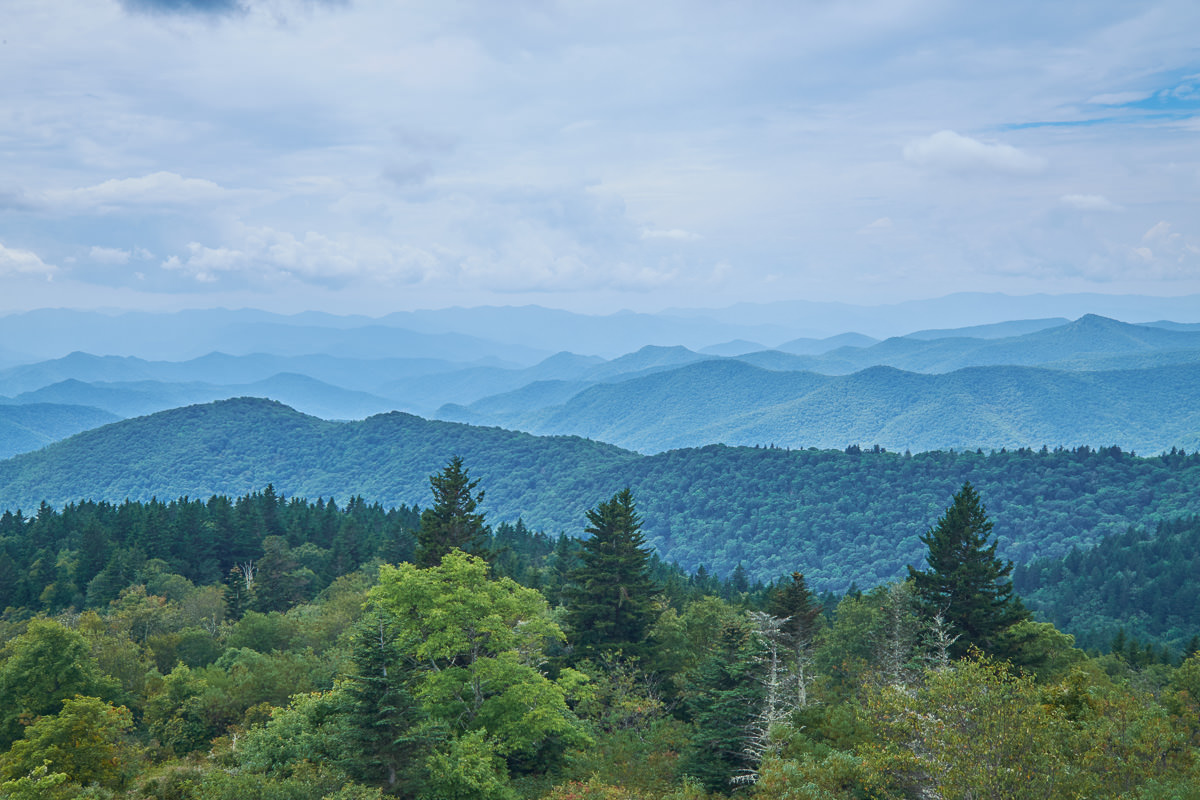 I exited the Parkway near Balsam, NC and then headed west to Sylva, down to Cashiers and back east towards Pumpkintown. It was another spectacular drive through the mountains and through cool little mountain towns. Though the speed limit on the Blue Ridge Parkway is 45 mph, I averaged about 20 mph because of the stops. It was a phenomenal first day on the Parkway, which led directly to…

As soon as I woke up Sunday morning, I knew what I was going to do. It was a day with predicted rain and cloudiness so I figured I wouldn’t have too much traffic to contend with. I drove up to Asheville and joined the BRP at the US-25 junction, heading north. The weather was completely different from yesterday, but that made for some great views that almost looked painted: 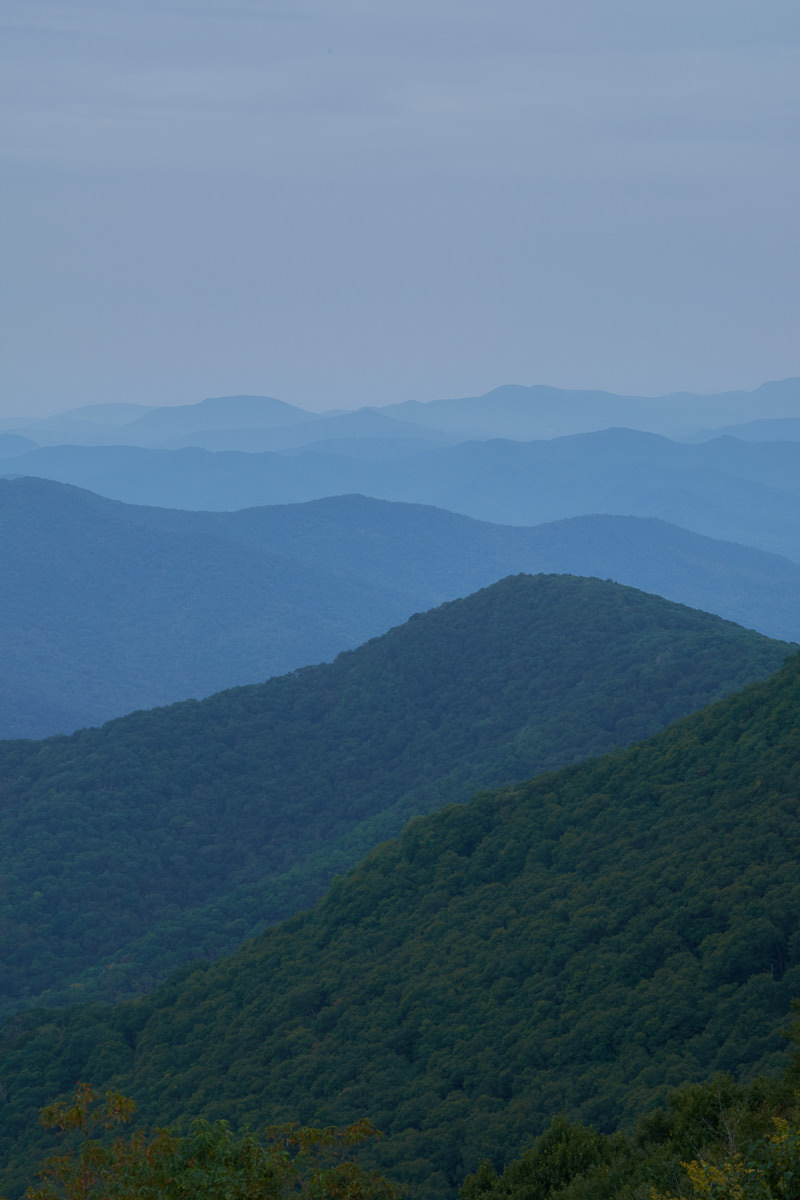 Note the name of that overlook. A certain spouse of mine recently pointed out that this guy’s beard has gotten quite gray. Hmm. Moving on. 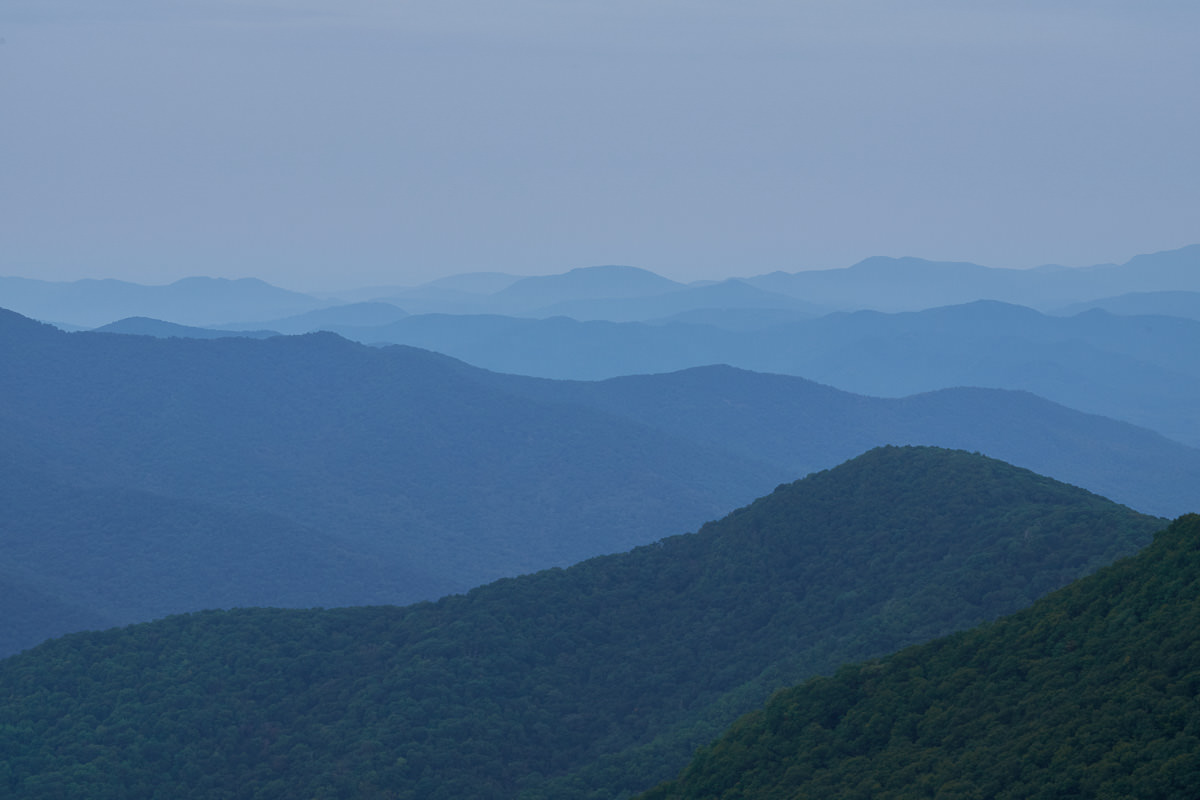 This next overlook involved my only hike of the day: about 60 feet with 10 or so feet of vertical. I know you’re used to me posting Cyclemeter links at the end of these posts, but I forgot to turn it on for this one. 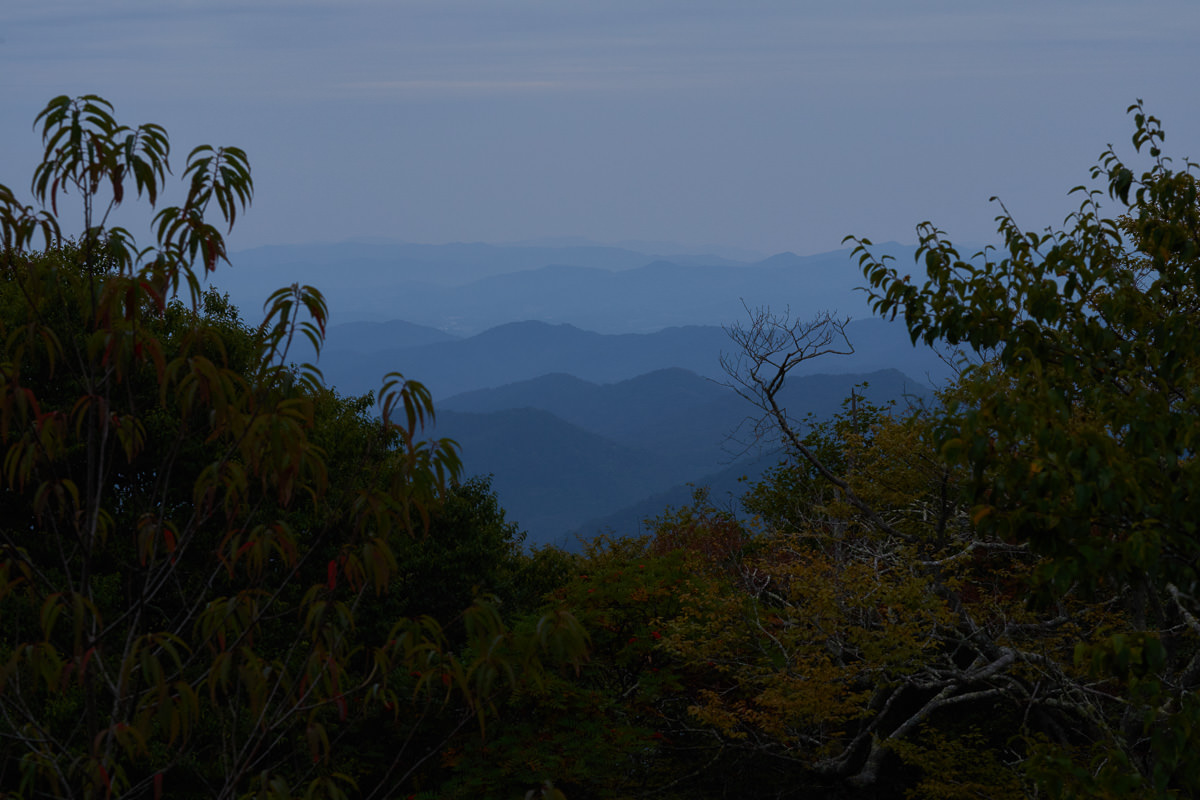 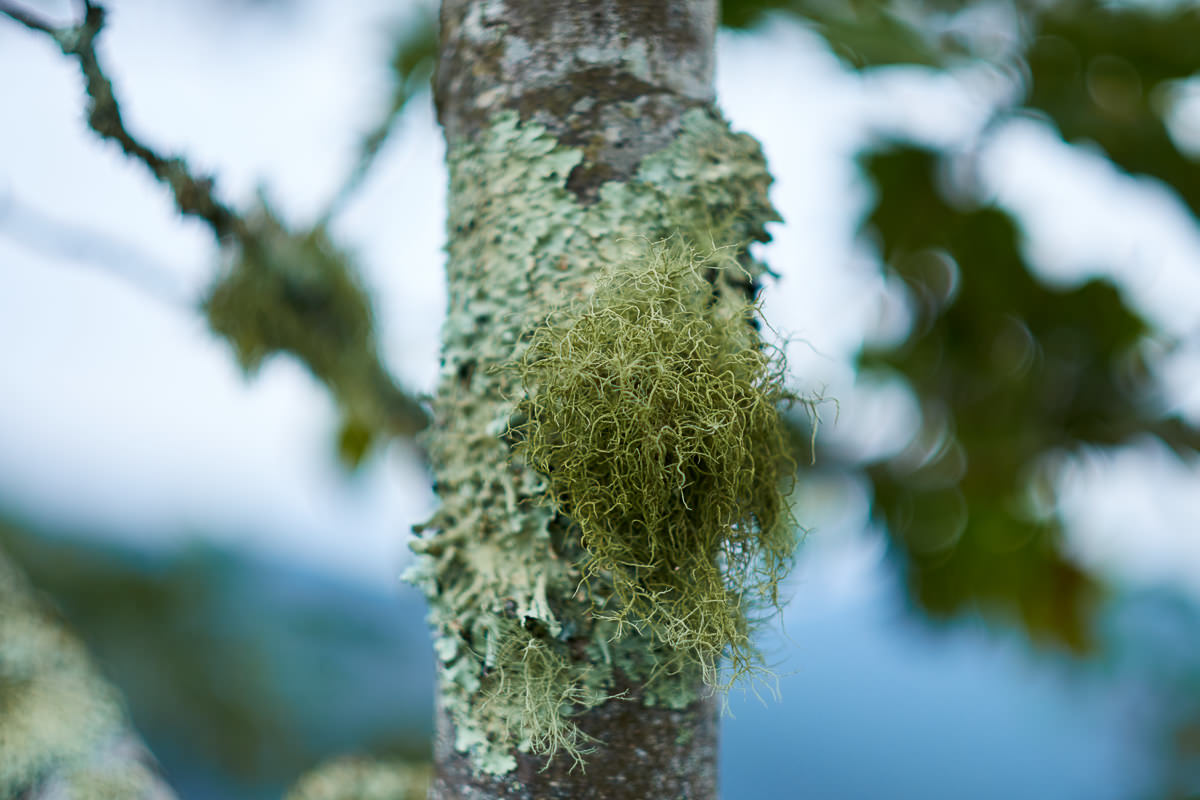 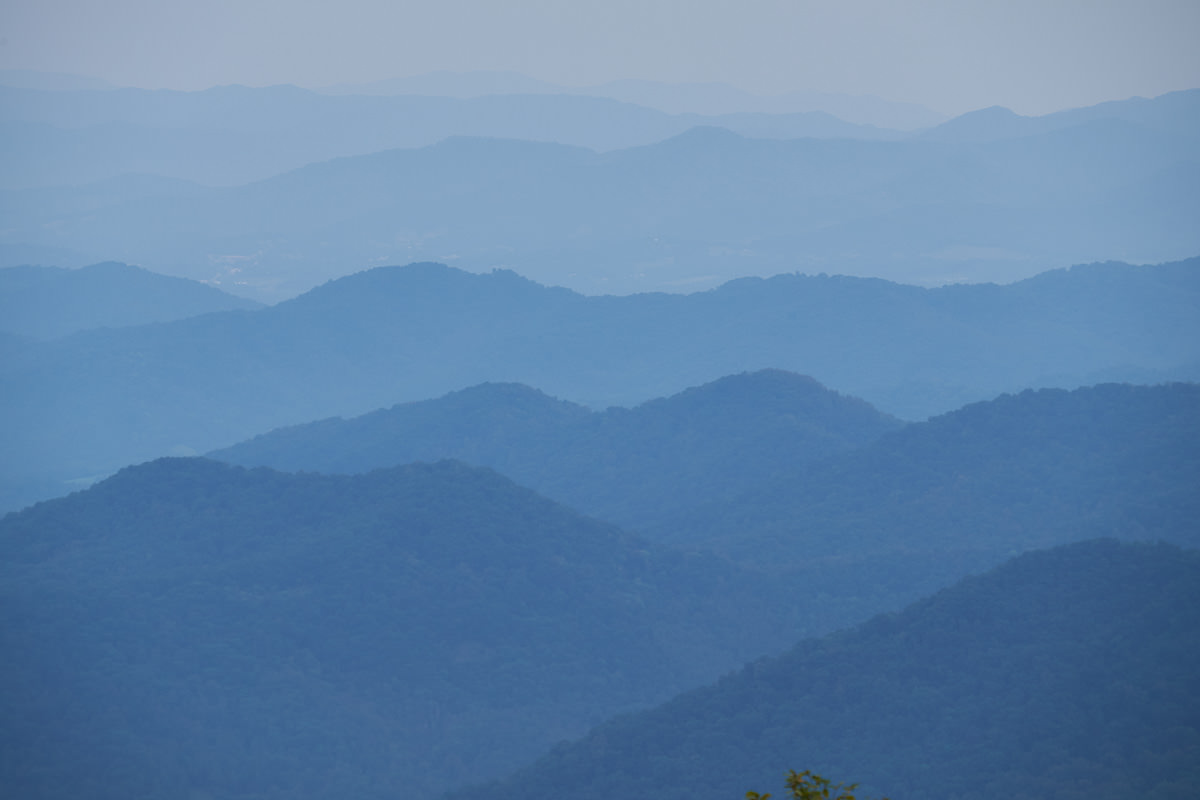 I kept stopping at overlooks, and kept finding stunning views. 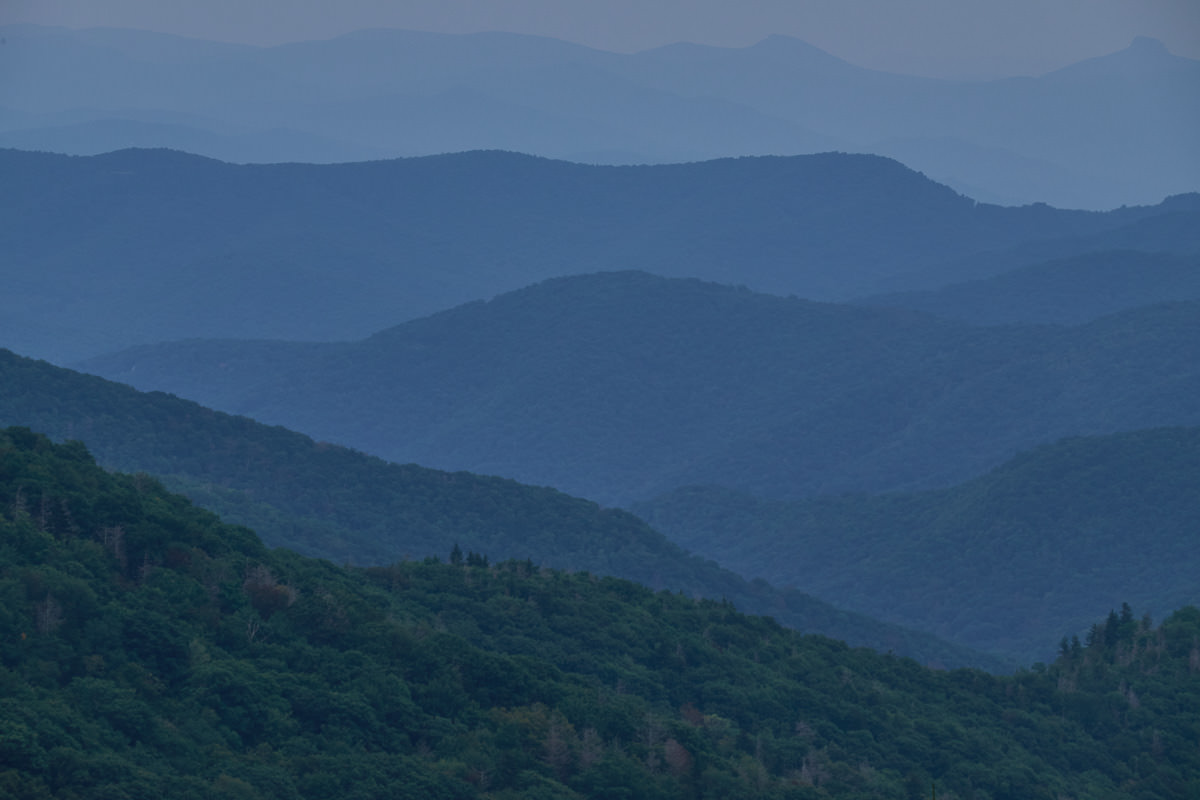 Bald Knob Overlook, in the pictures below, has this note in my notebook: “A must in any season!” 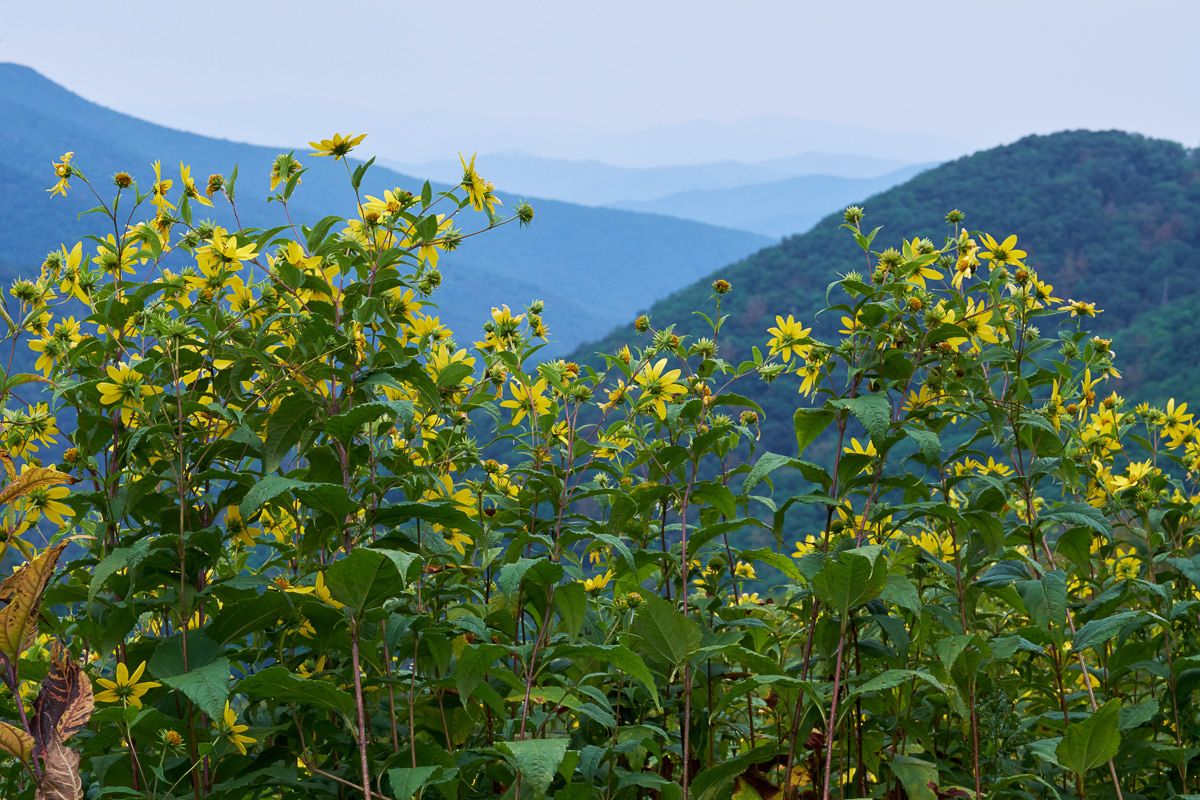 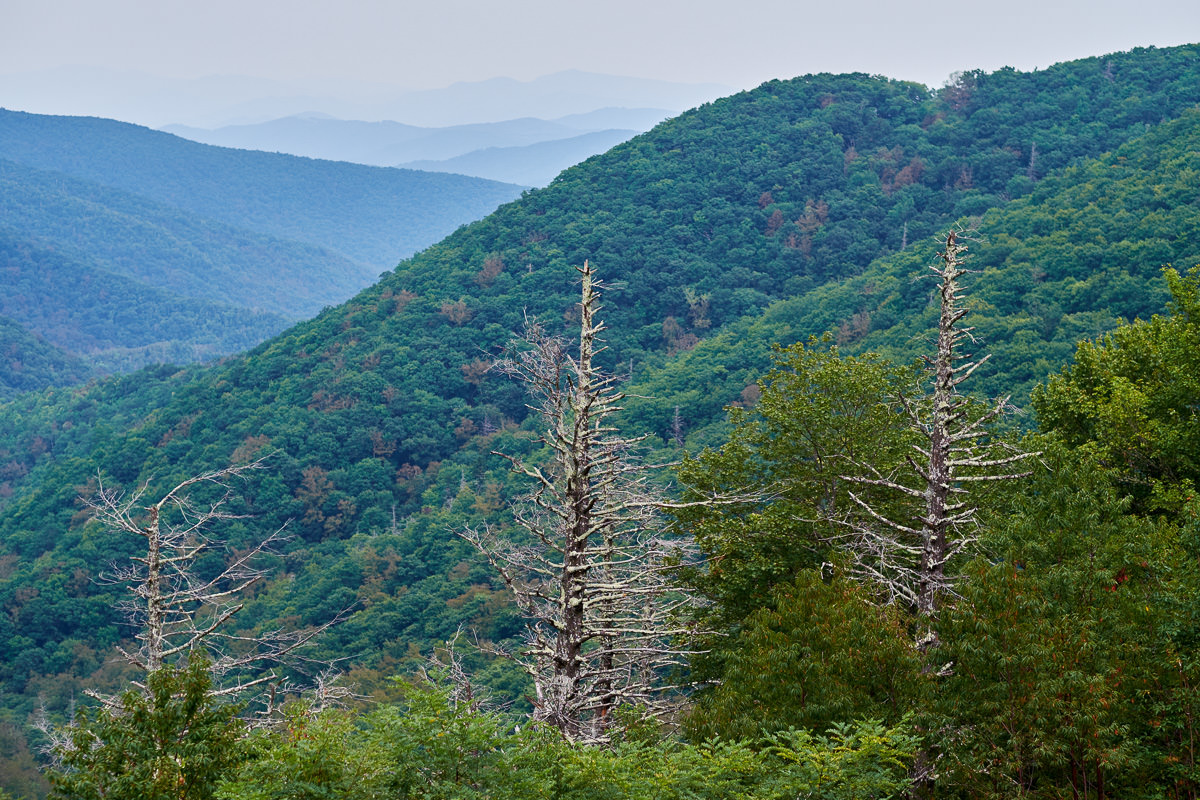 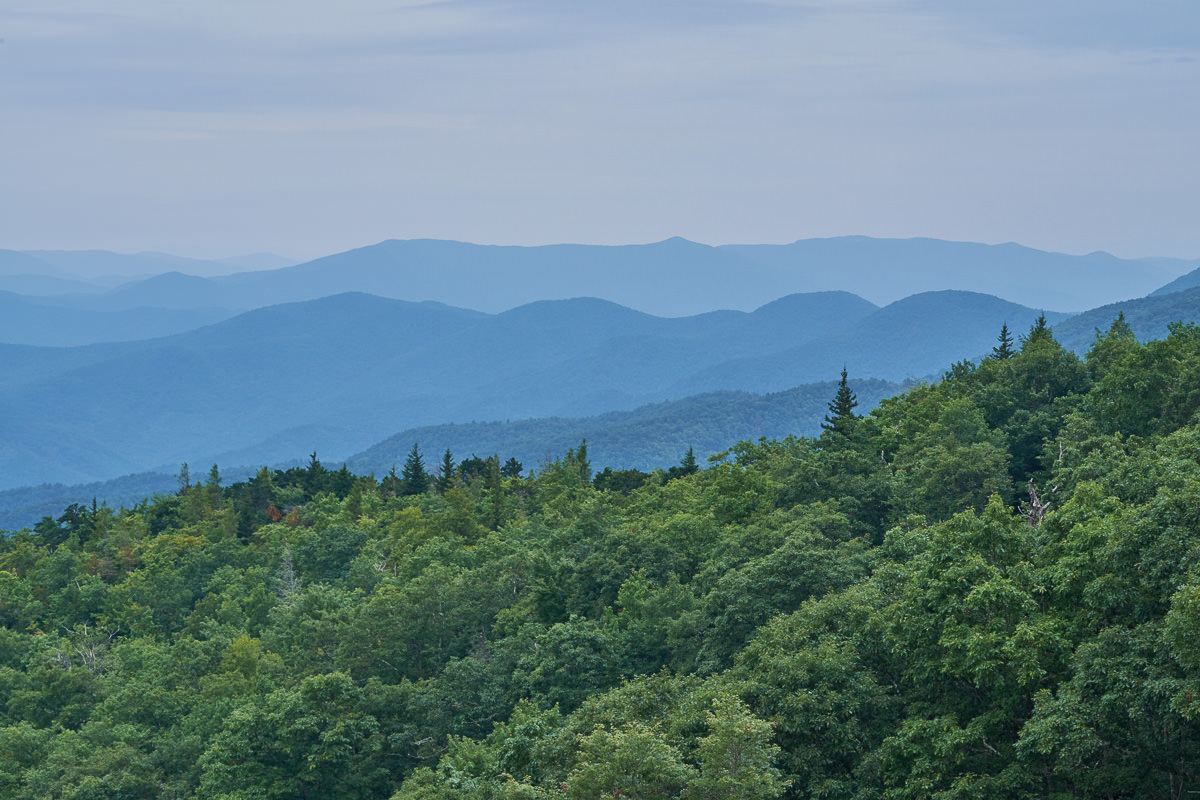 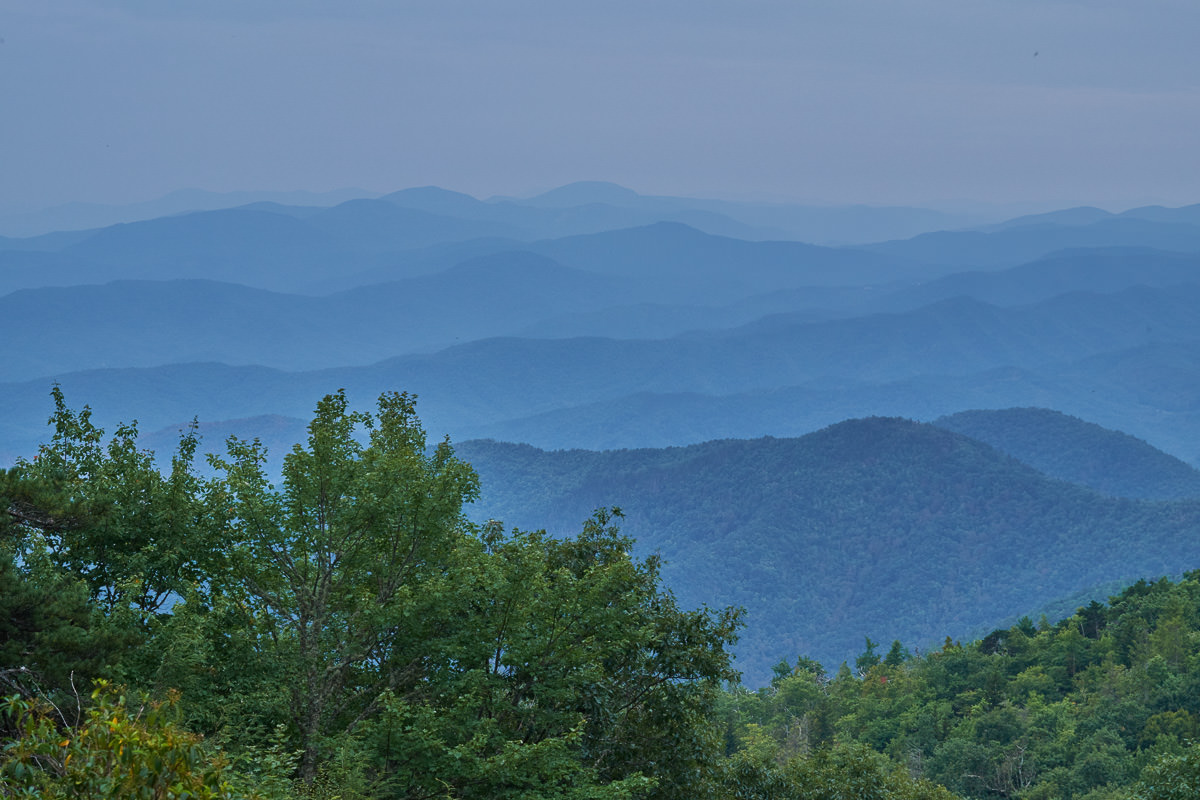 I run out of things to say – this place is so beautiful. 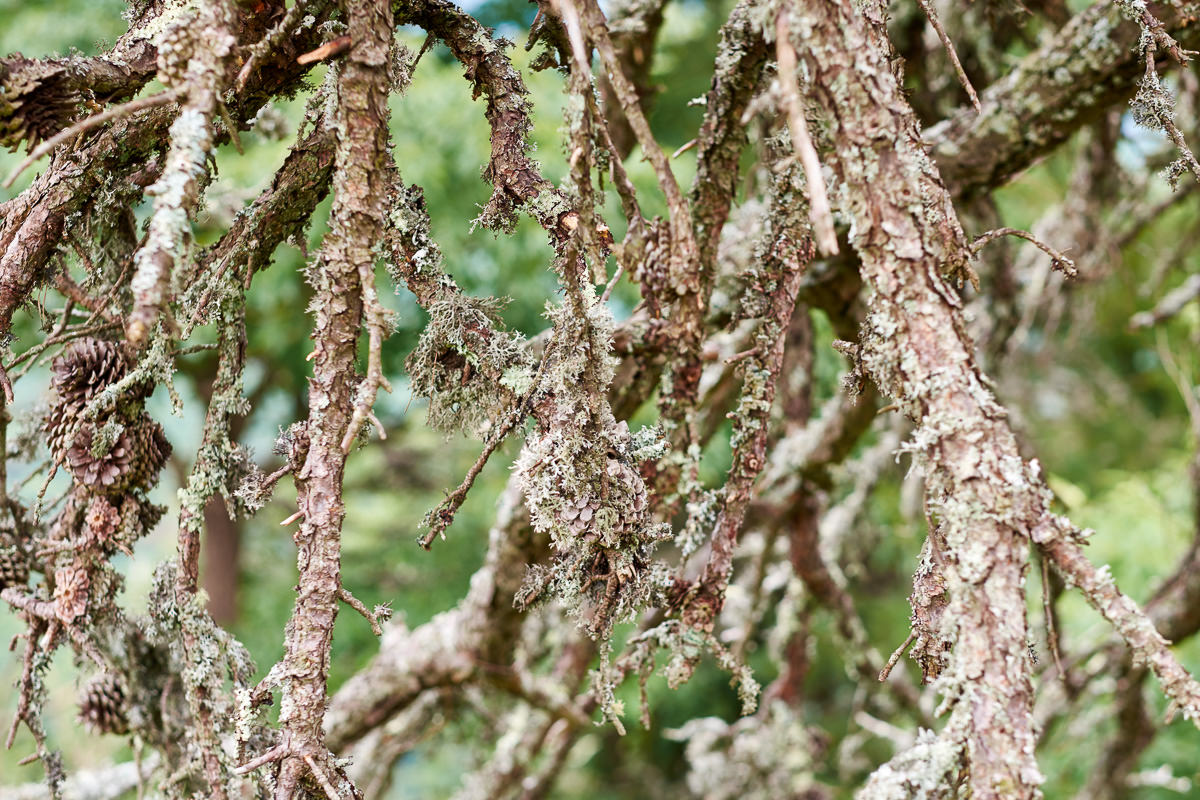 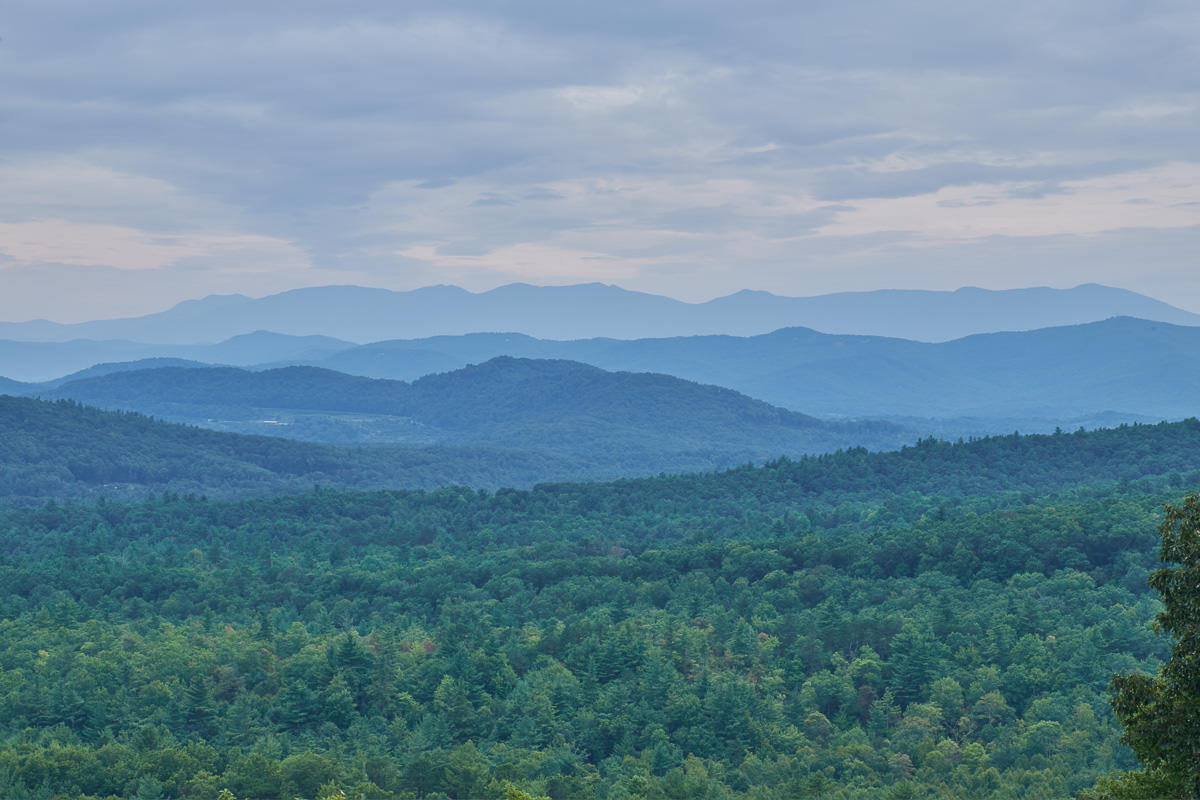 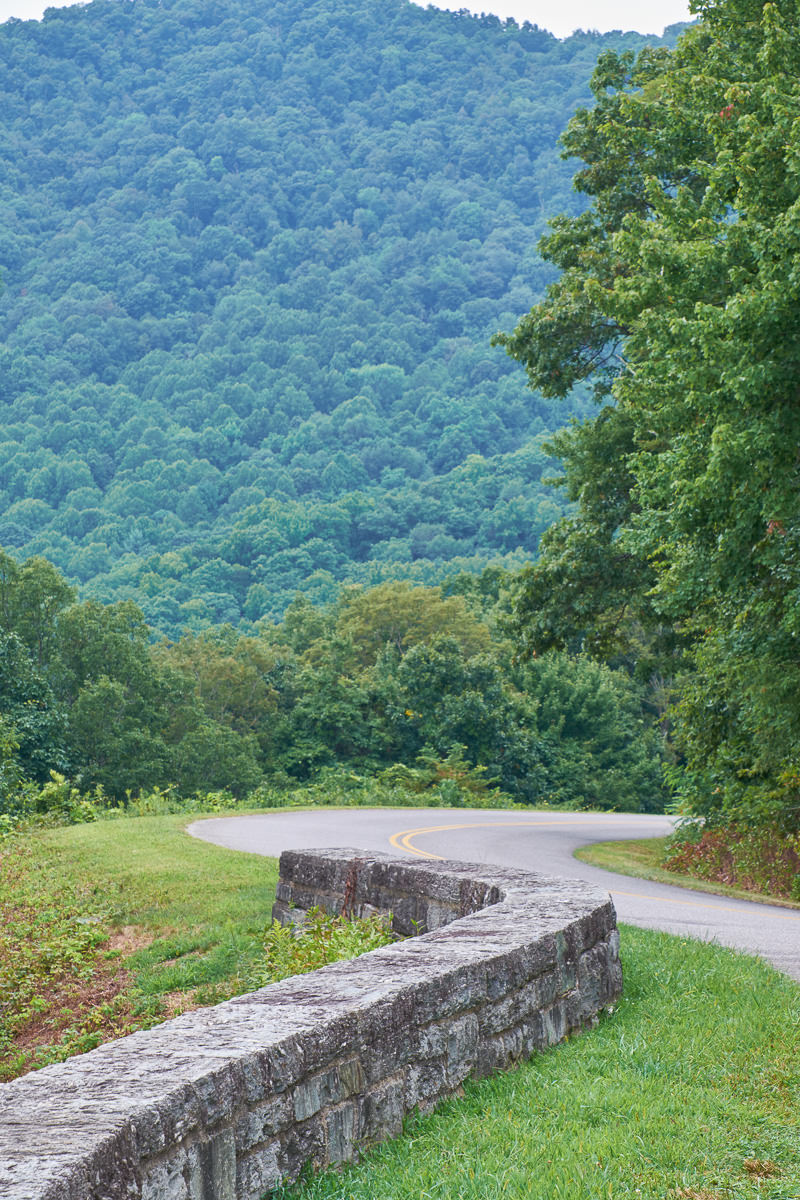 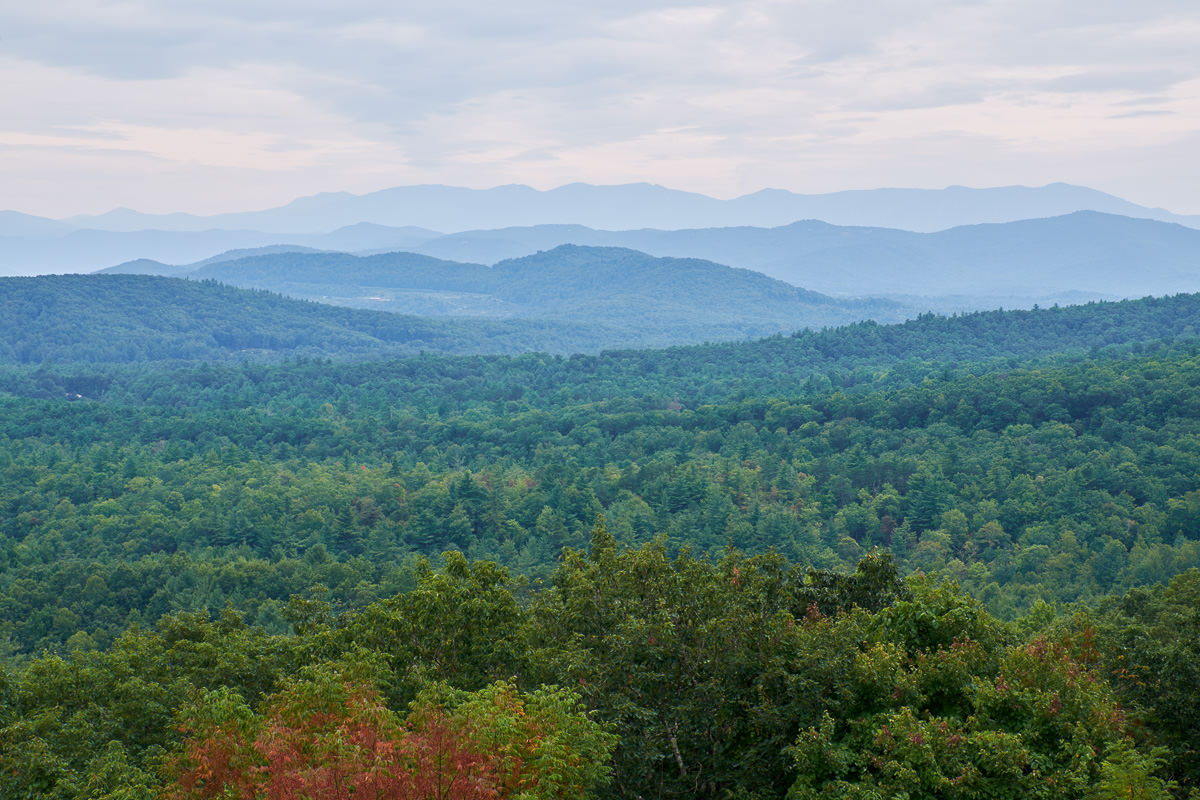 I exited the Parkway at Linville Falls and headed south along 221, which was about the place I thought I’d turn and head for home. I had only taken a very zoomed-out look at Google Maps for the directions home, so I was pleasantly surprised when I saw a sign indicating that Rutherfordton was a certain number of miles ahead.

And now a throwback

Rutherfordton, you see, is the home of the Tanner Companies, parent company of Doncaster, whose clothing my mother sold for many years in the 1980s and 90s (maybe into the 2000s too – who can remember such details that aren’t about oneself?). I immediately googled the address and set that as my destination. I was oddly excited to see this place, for Doncaster had played a supporting actress role in my family during many of my formative years. I imagined all the buildings would be clad in some smart patterned fabric with fantastic shiny buttons. They were not exactly as I imagined. 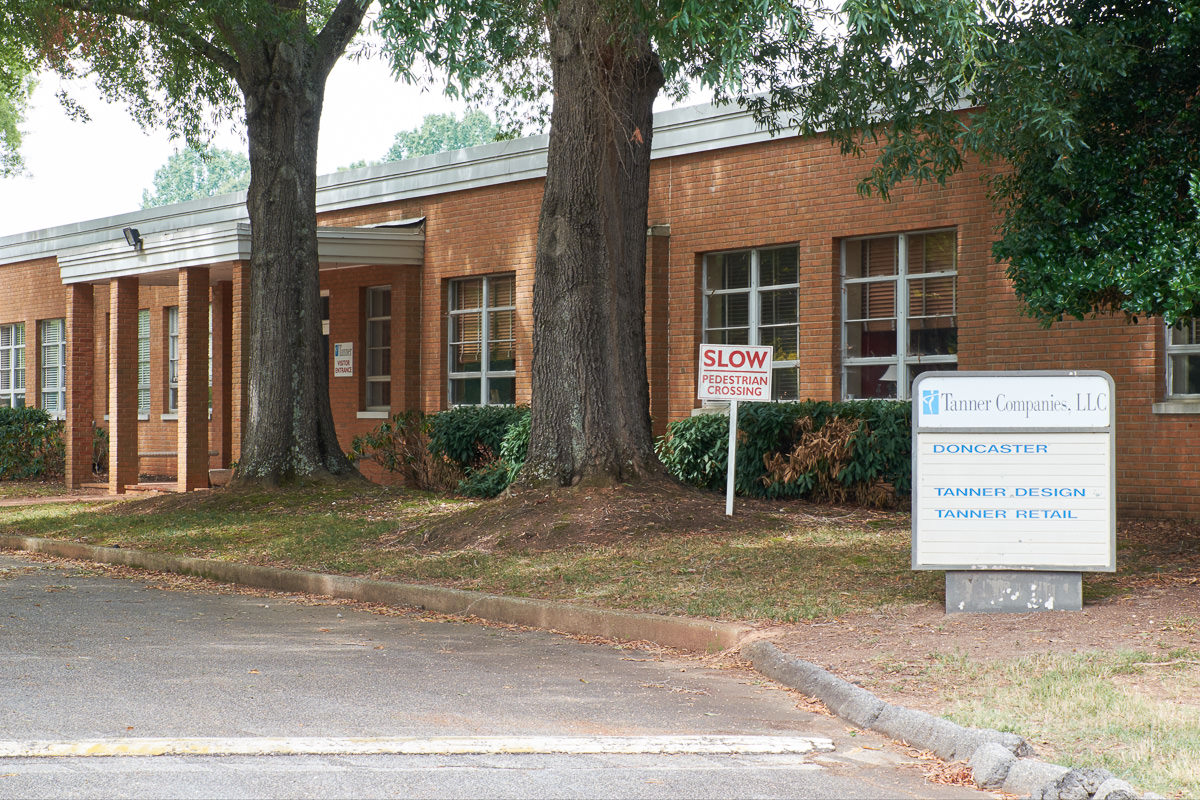 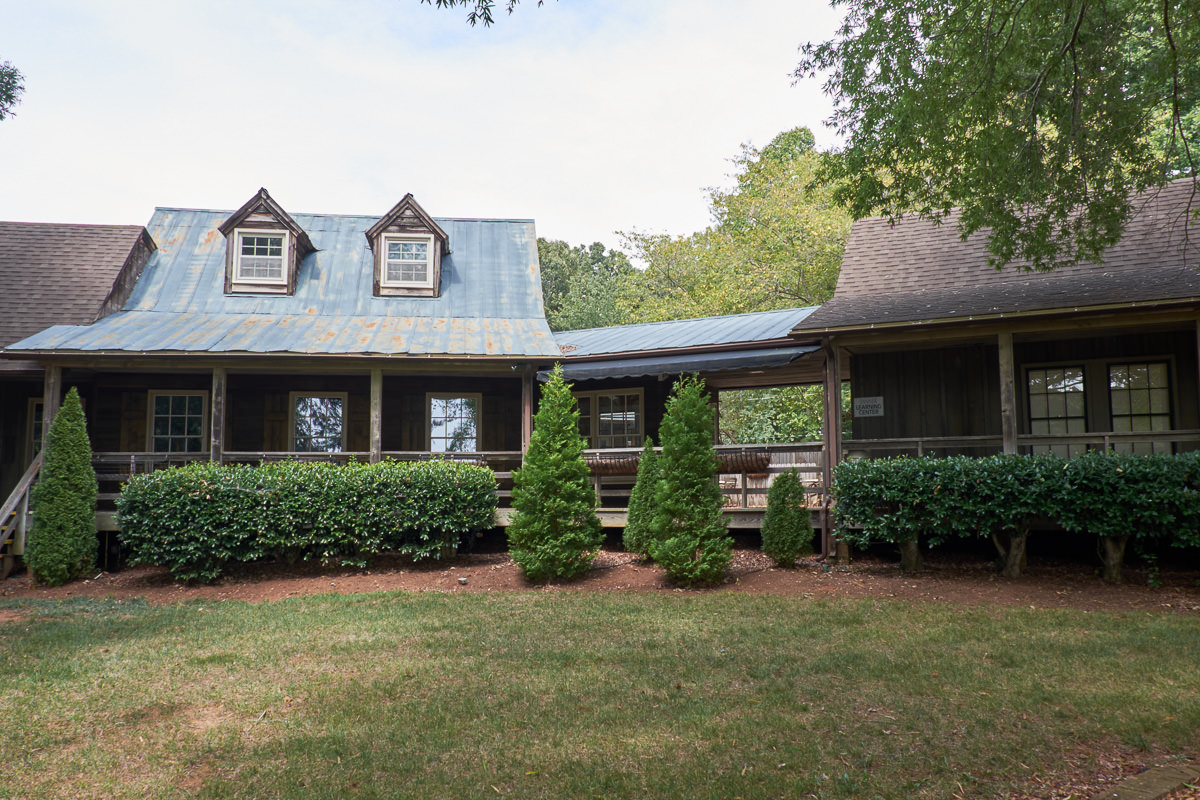 I was disappointed that I had poor cell reception, which prevented me from surprising my parents with a FaceTime call from the Tanner campus, but I did snap the requisite selfie (this is the picture that elicited the “gray beard” comment referenced earlier): 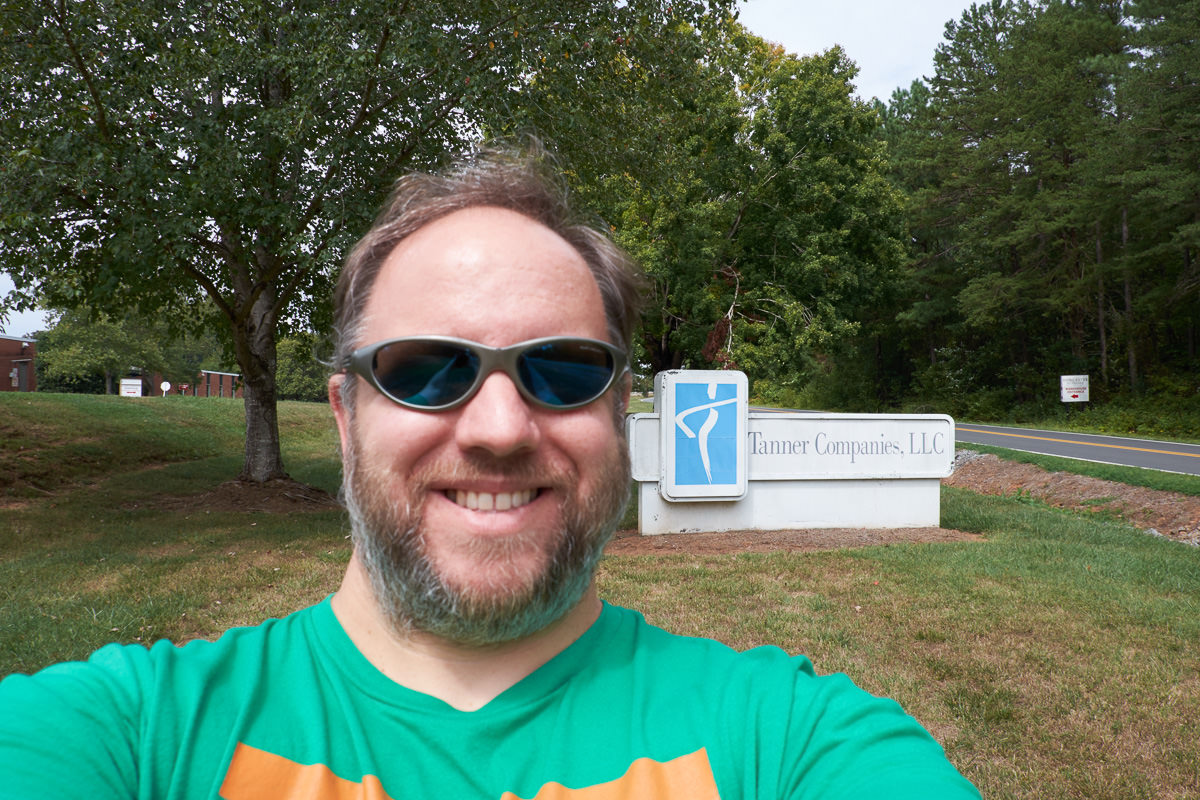 A few hours later, I was back in Taylors reflecting on what a “holy shit I had no idea” kind of weekend I had on the BRP and surrounding areas. I mean, obviously the mountains are a big part of why I moved down here, but still….