Coming from Grand Rapids, where our zoo is great but small, we didn’t have super-high expectations for the Greenville Zoo, which all the locals here say “Nice, but it’s small” when asked about the zoo. We actually liked it a lot, though – not every zoo has to be like D.C. or San Diego.

Since I had walked by the zoo a few weeks back in my exploration of Cleveland Park and Falls Park, I knew it already had something in common with the GR Zoo – it’s tucked right in the middle of an urban area, but it’s a pretty spot cut into a hillside. We arrived fairly soon after opening on an August Saturday morning, and were able to find a parking place without a problem.

There was a line at the entrance of about ten minutes or so, mostly because they only had one ticket window open, but it gave the kids a chance to scope out the awesome playgrounds a few feet away at Cleveland Park, and they also noted the presence of a food truck that sold crushed-ice treats. This became a behavior bribe several times during our short visit to the zoo, great parents that we are. 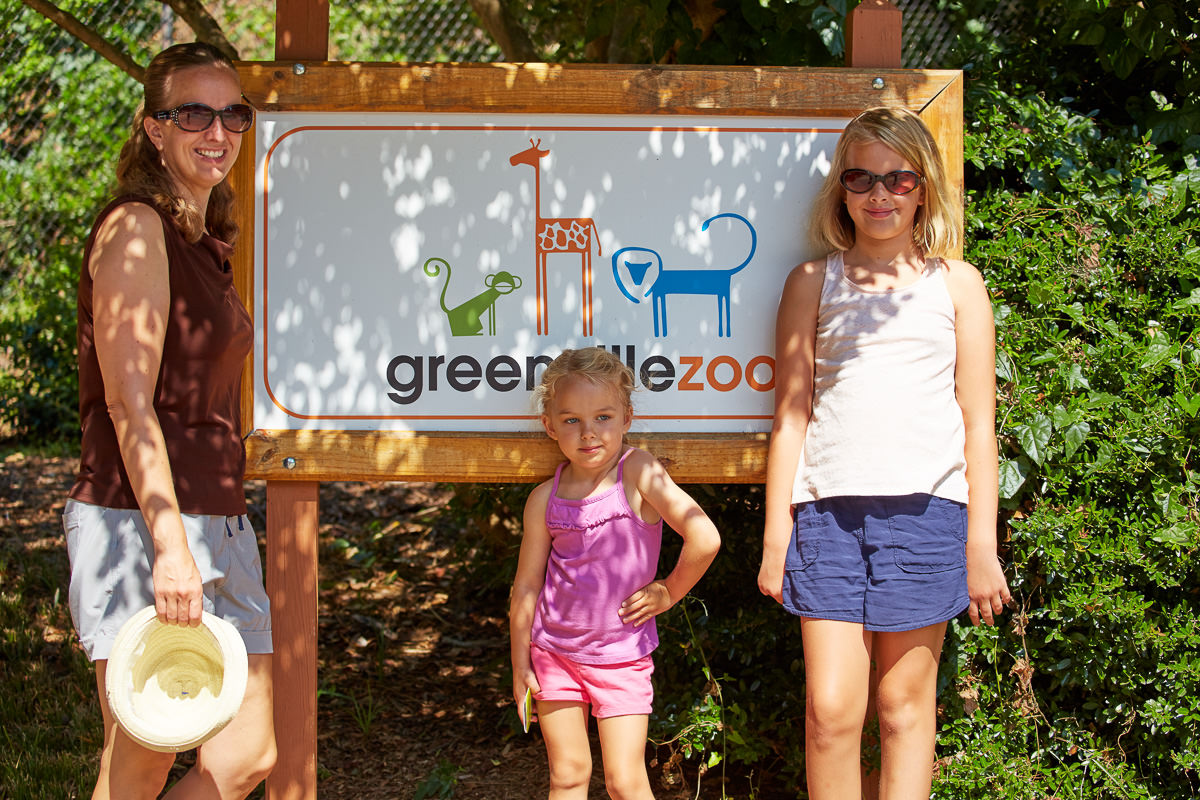 One great thing about smaller zoos is that you don’t have to walk forever to see animals, and the Greenville Zoo is no exception. Right after getting past the admission gates, you’ve got animals there. Another thing we liked is that they have boards for smaller kids to stand on so they can see over the fences instead of through them; at least, that’s what we used them for. 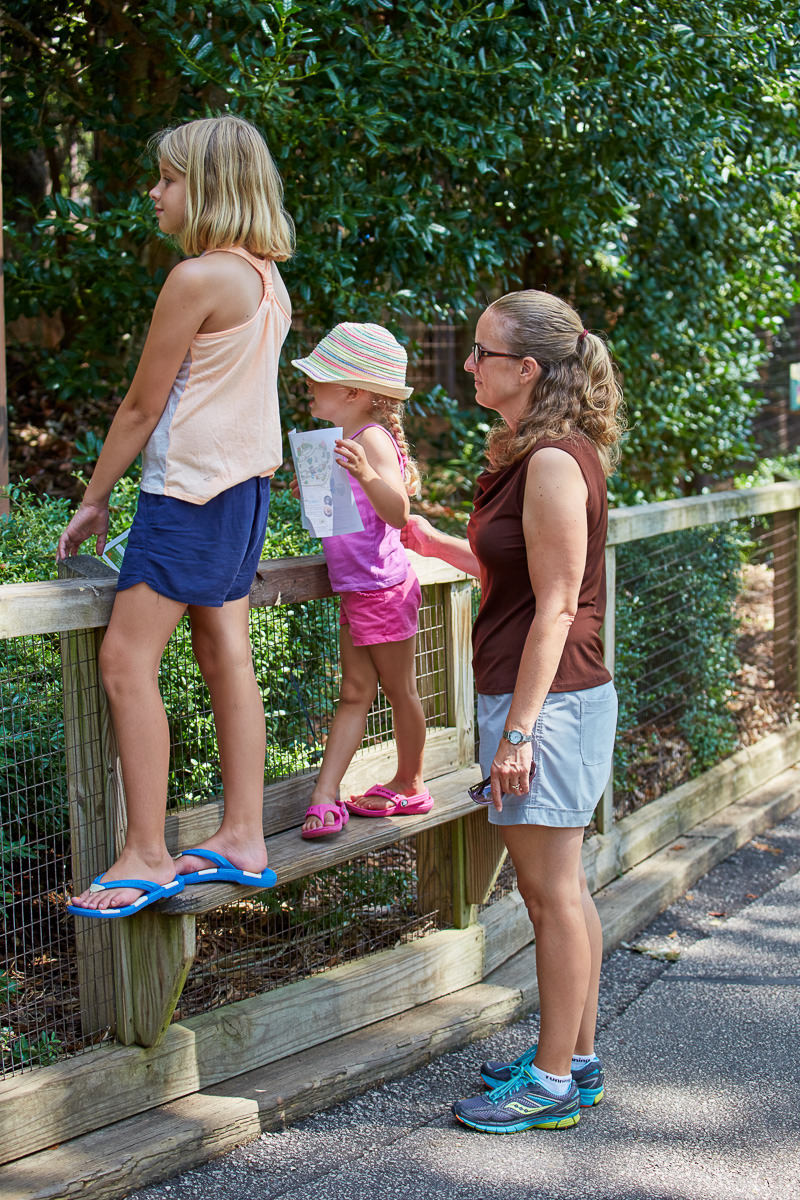 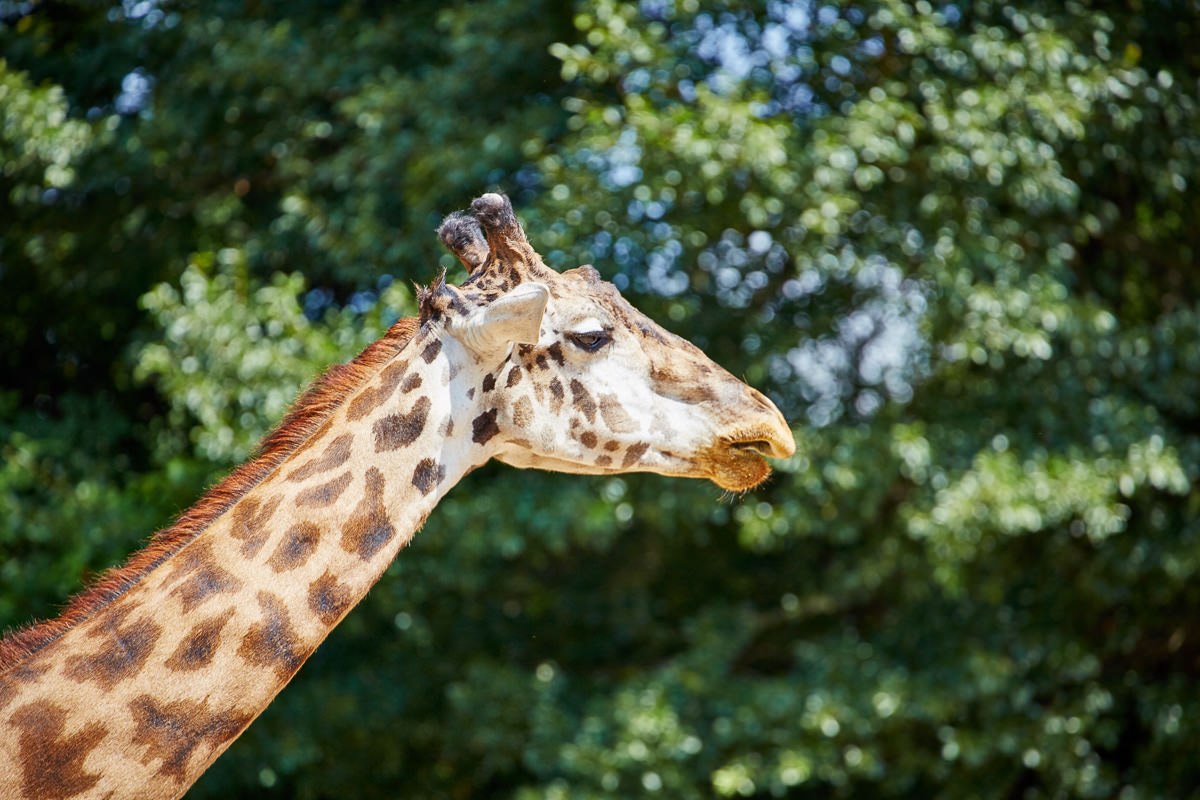 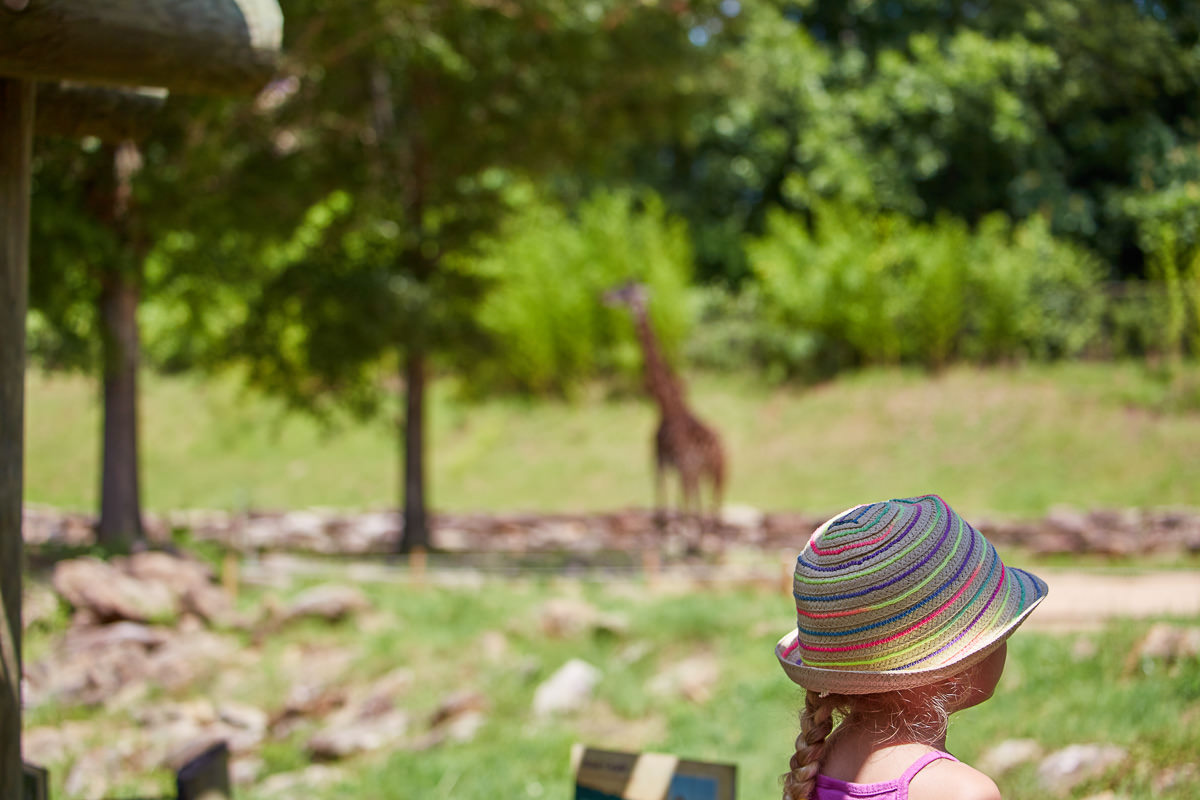 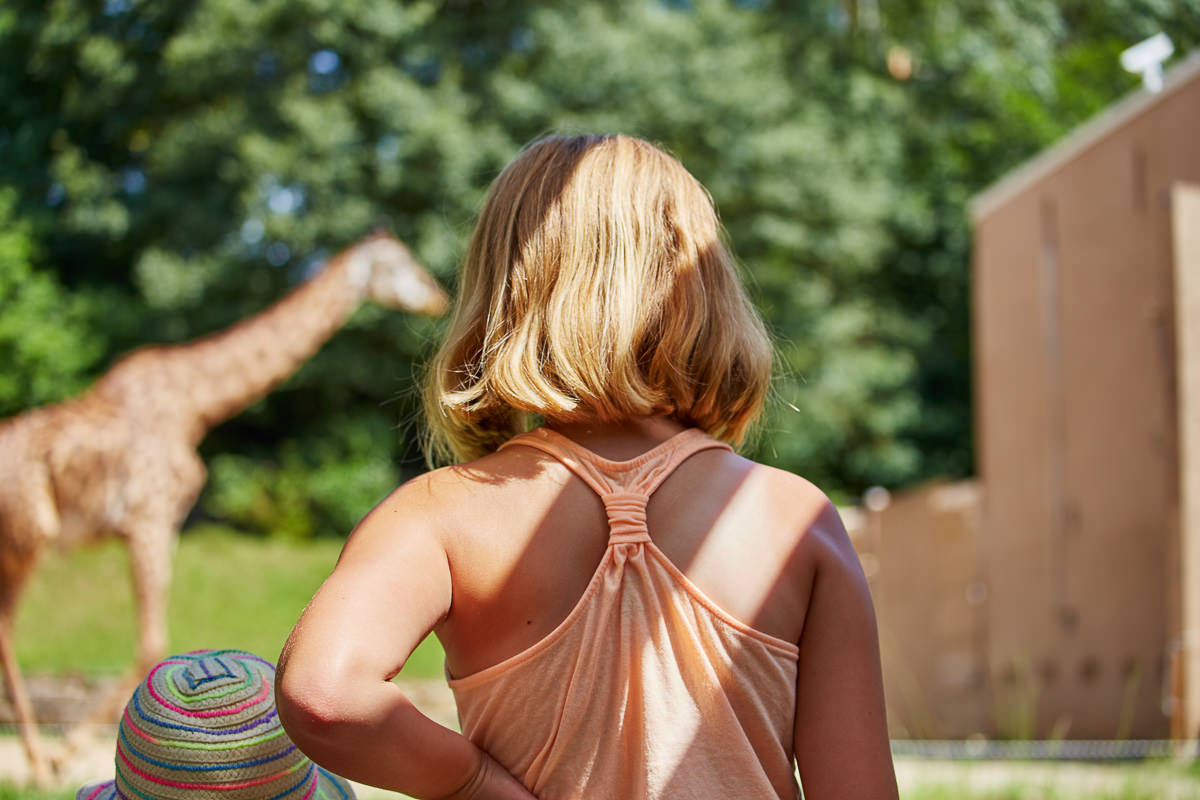 They also have a playground that’s supposed to be for preschool-aged kids, but Aly decided the rules didn’t apply to her and joined in the fun. This lion head drinking fountain is just outside the playground. 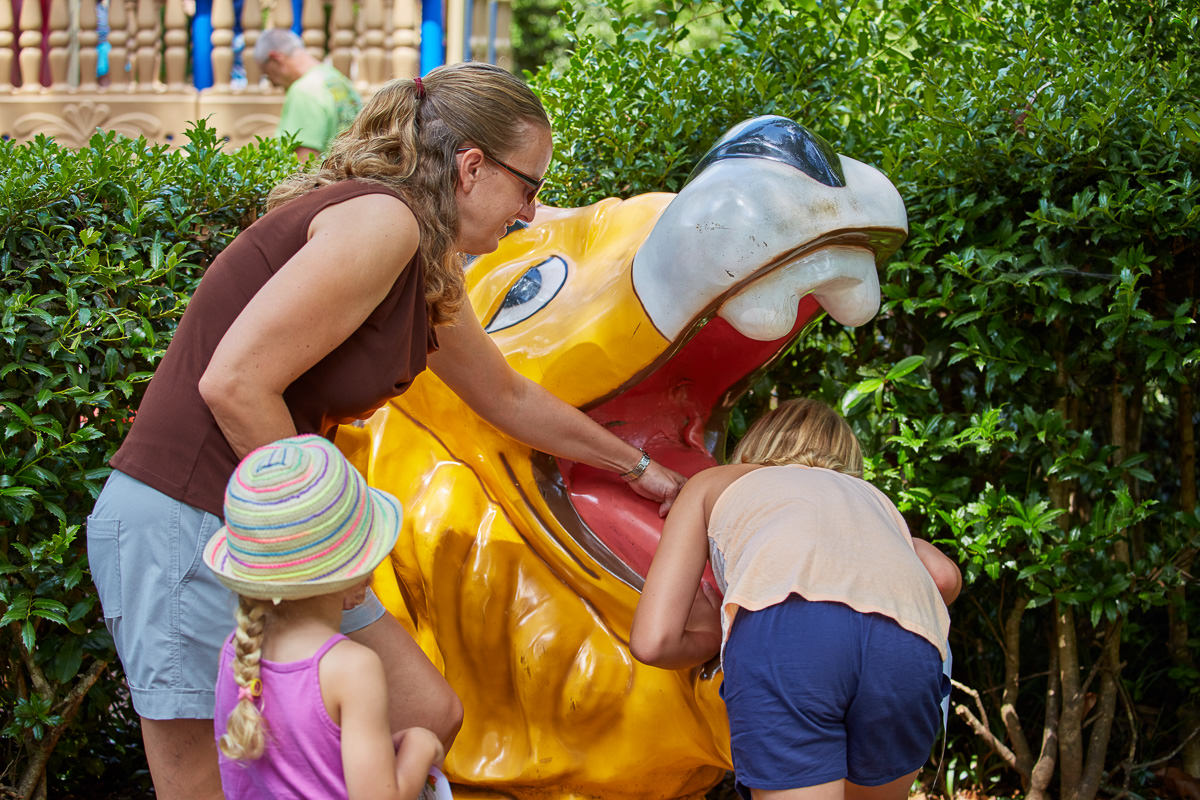 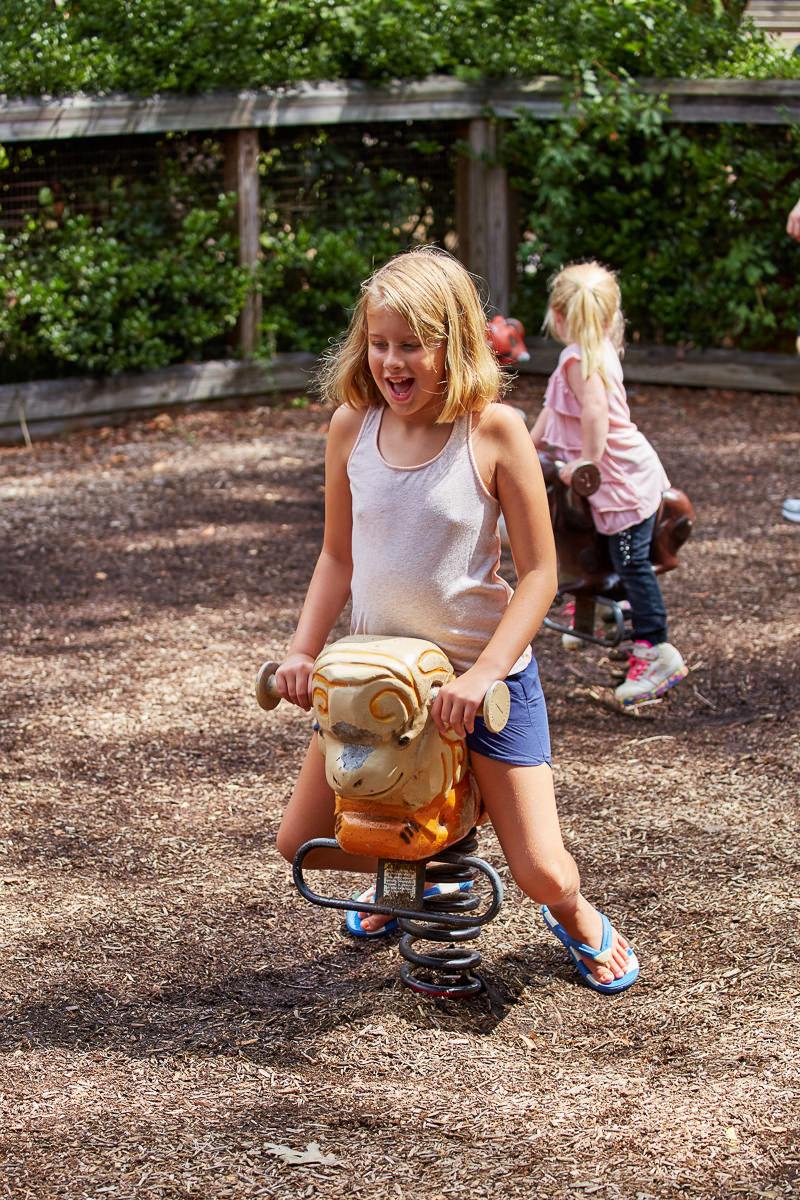 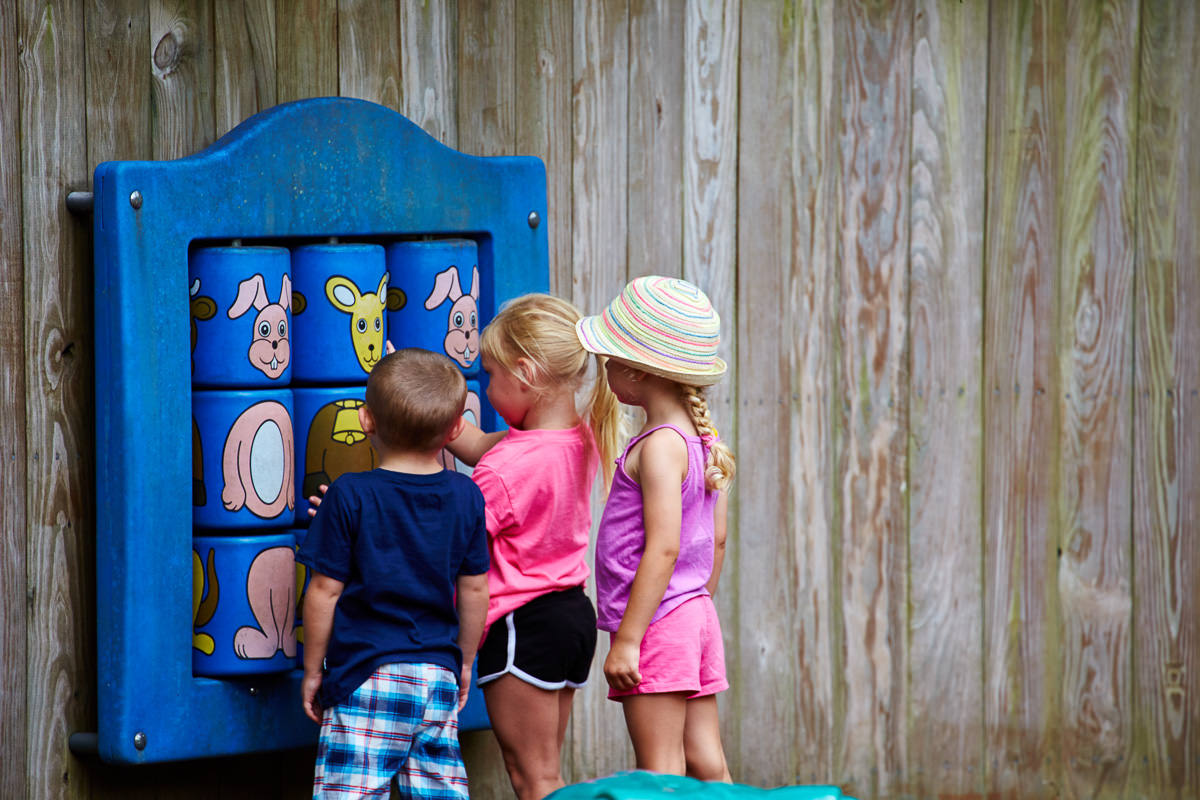 Even though the playground was small, Leah still expressed her displeasure when I told her it was time to go: 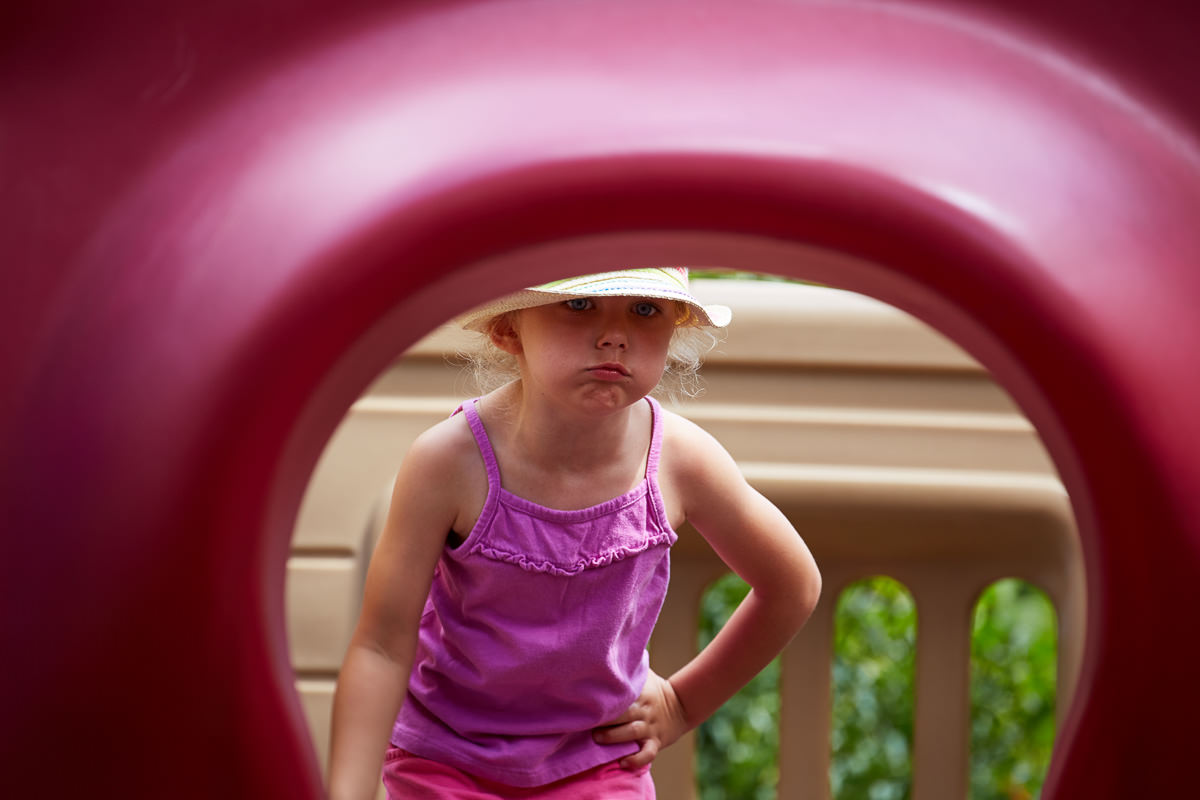 We saw some more monkeys, some exotic birds, and a tall Japanese man wearing denim head-to-toe, including a jean jacket. It was already 89 or 90 degrees out, and he was also wearing cowboy boots. Even more oddly, he kept putting one leg up on the fence railing like a ballet dancer stretching. It was quite entertaining, but I was laughing to hard to sneak a picture (I also had a giant white lens on my camera, so it would have been kind of obvious lol). We got a few snacks and drinks, then continued on.

There was another area sort of like a playground, but less traditional. It had a log balance beam, and then musical instruments made from boards and branches. 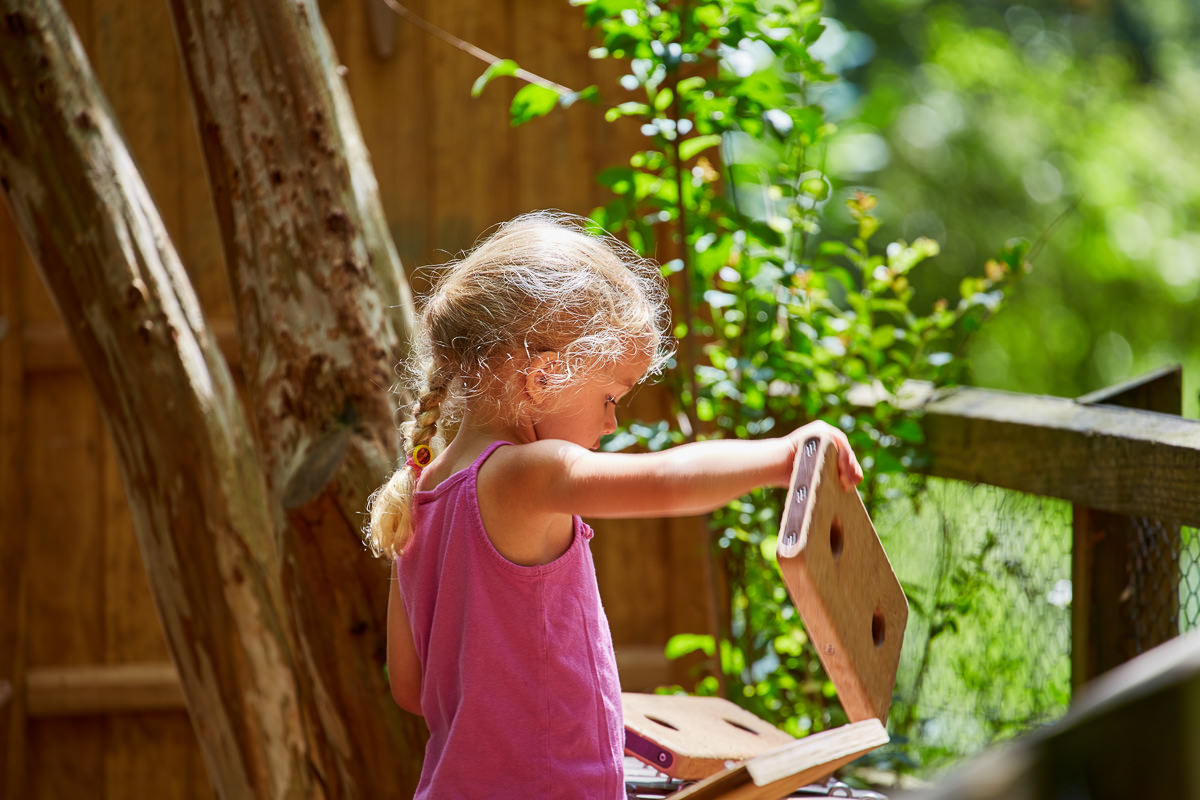 After that, we saw alligators and flamingoes, then headed out of the zoo and across the parking lot to the playgrounds of Cleveland Park. Aly, of course, got her ice concoction, then asked us to hold it while she played. 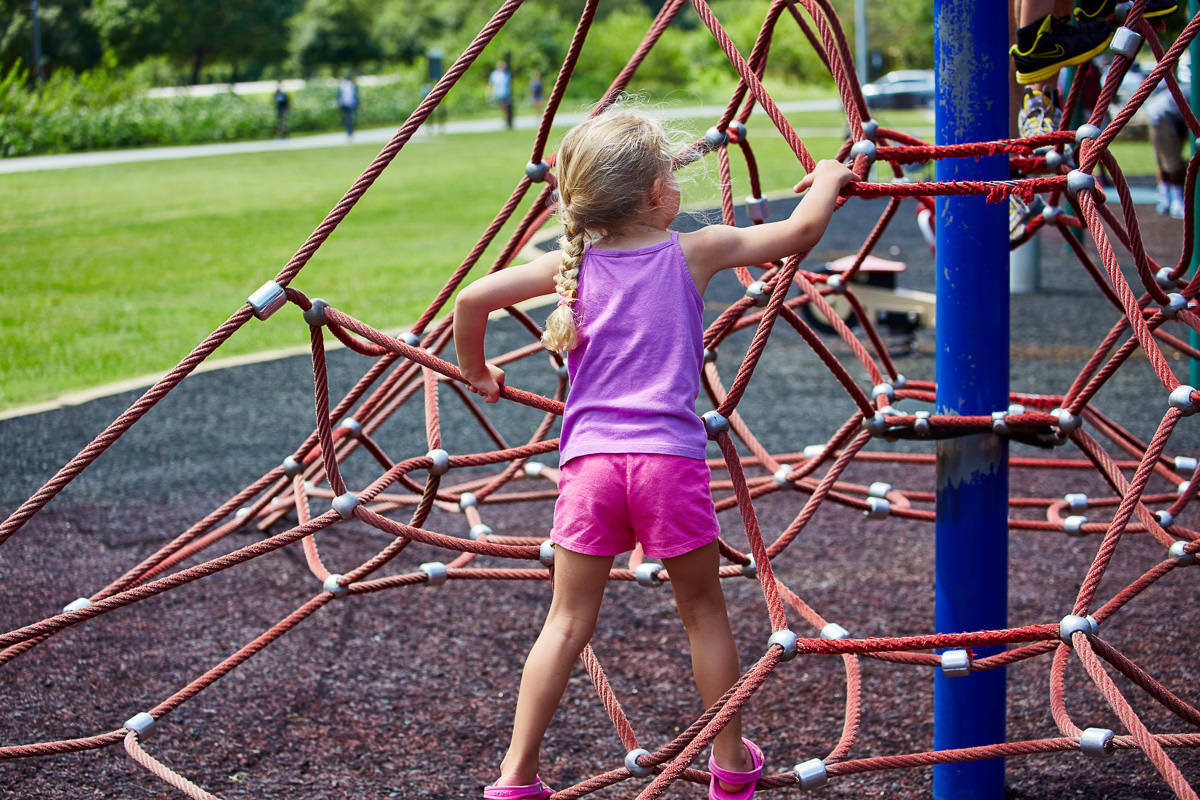 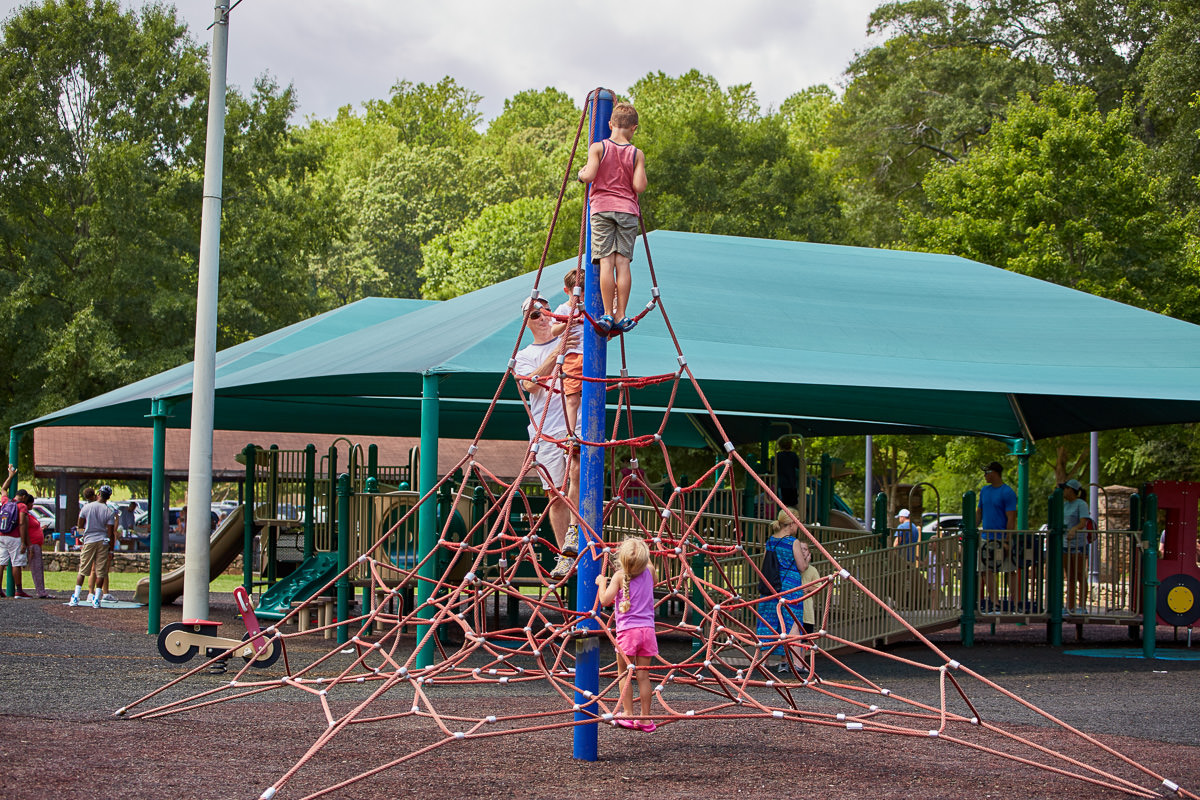 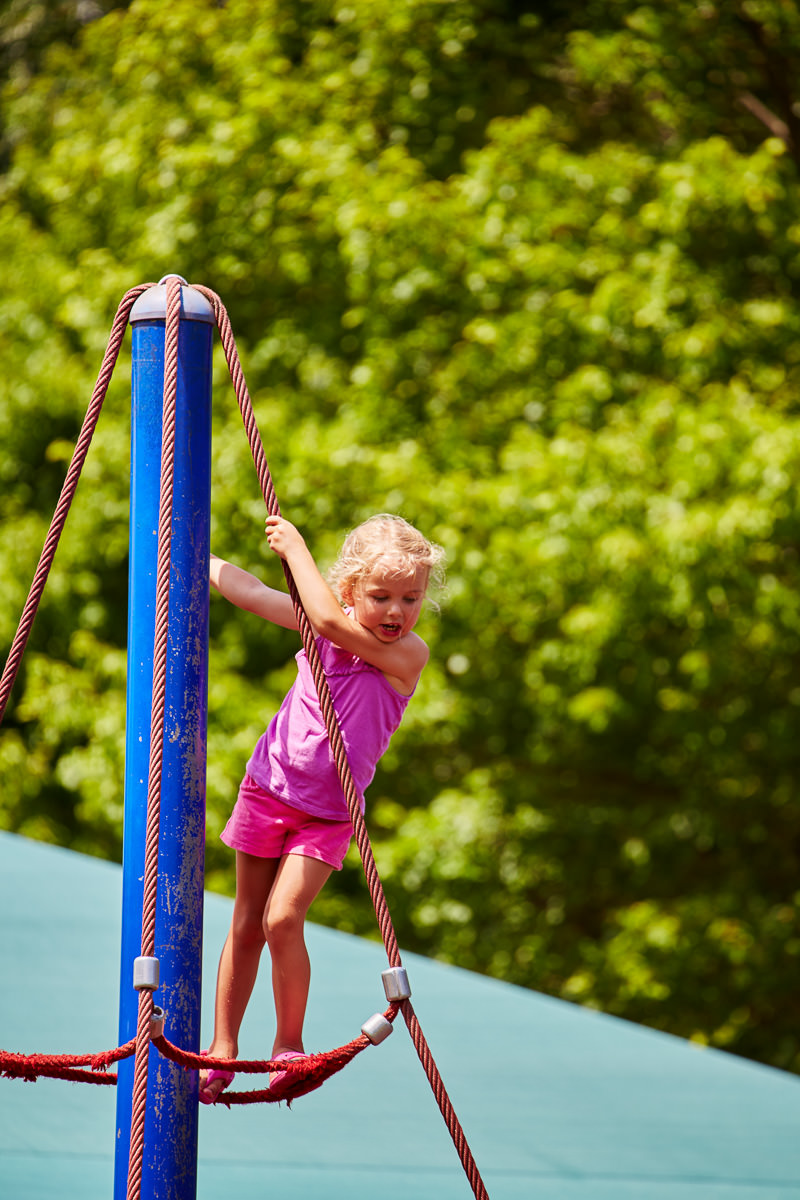 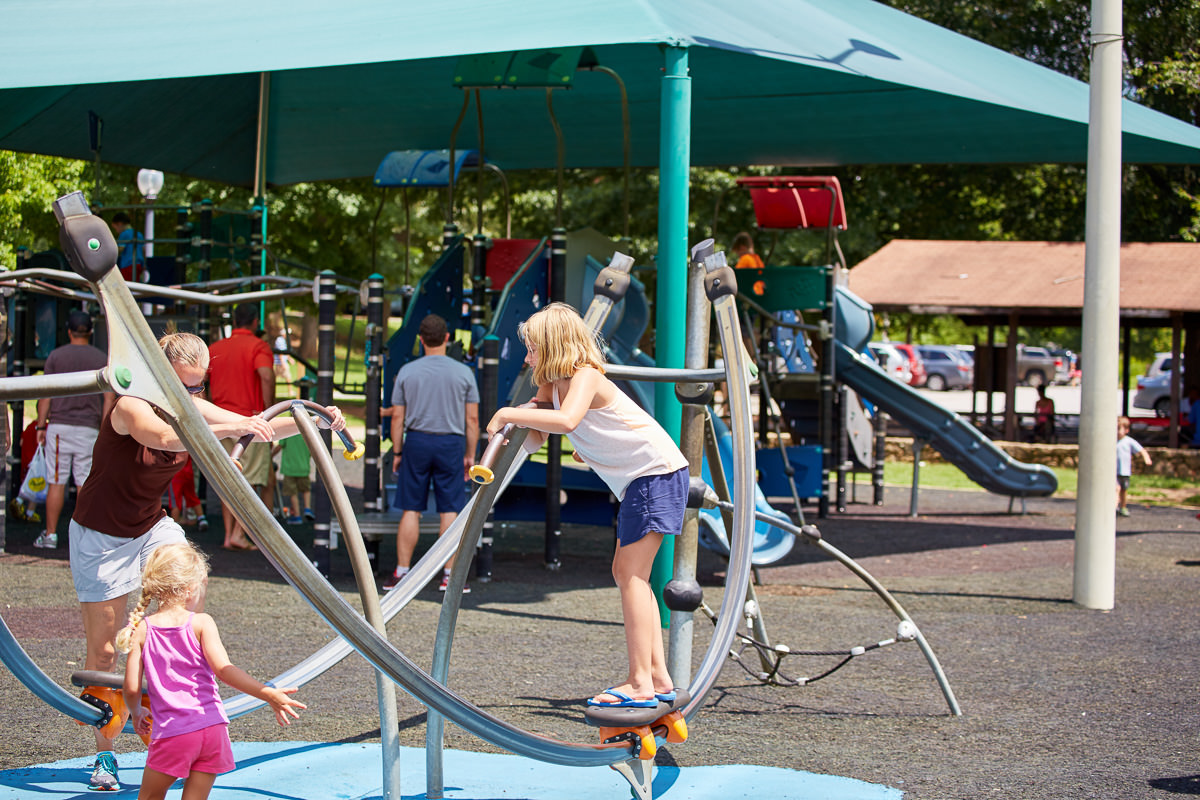 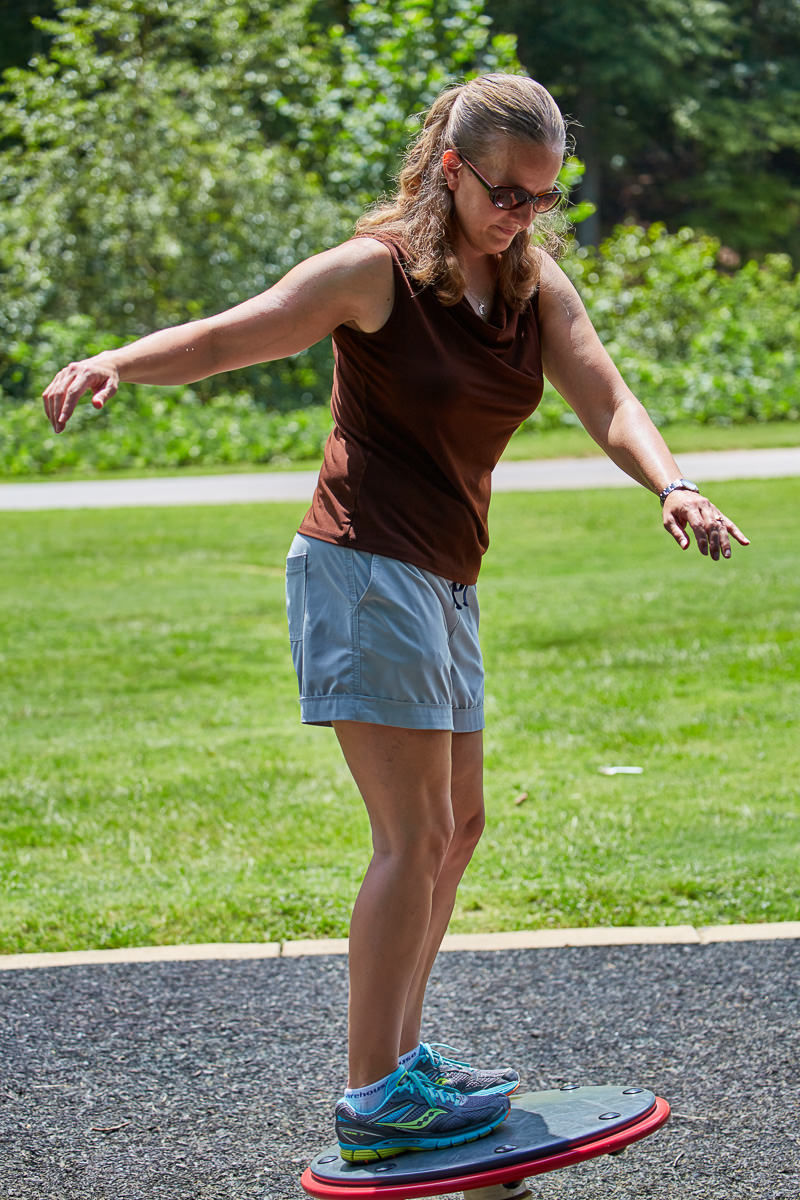 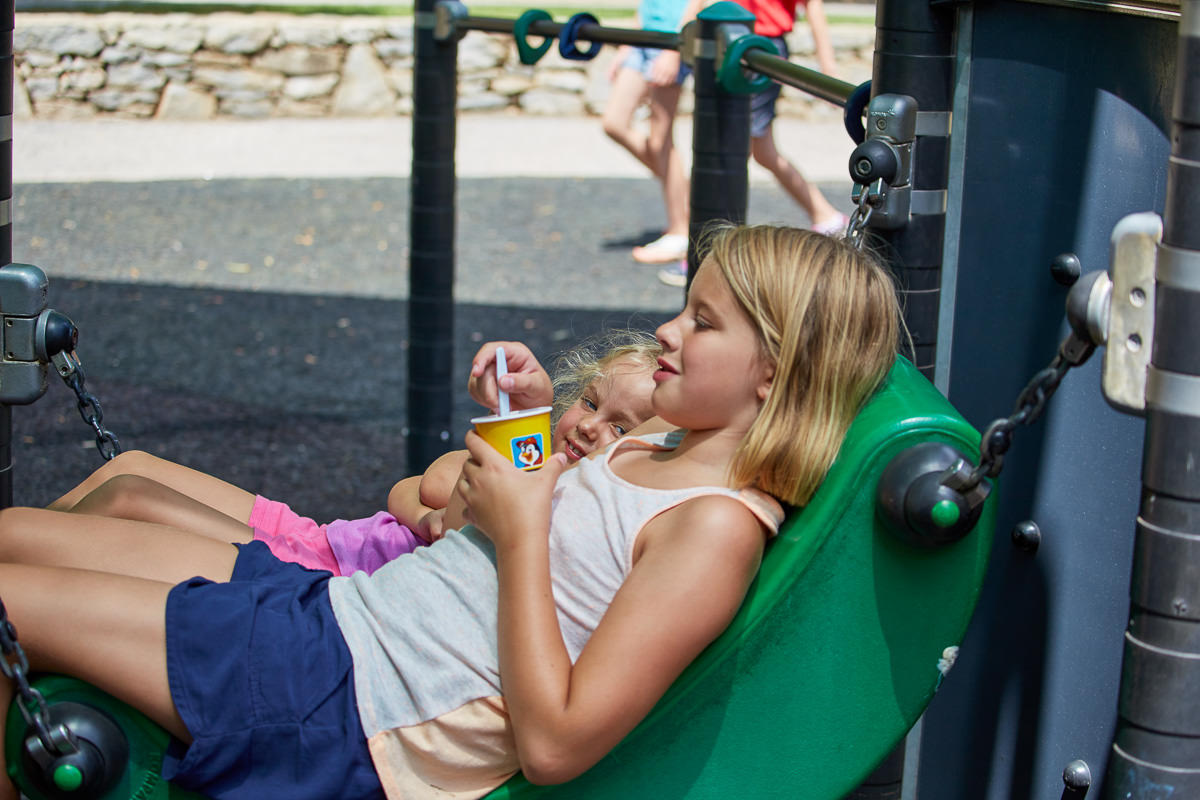 We’ll definitely visit both the Greenville Zoo and Cleveland Park again. They’re both just the right size for our kids at this point (park playgrounds=big; zoo=not so much).