As noted in my previous post, I moved to South Carolina from Michigan two weeks ago. My first weekend here was spent unpacking, shopping, and searching for furniture on Craigslist. I arrived on Friday, had those two days to get somewhat settled, then started work on Monday. After a great workweek, I knew I needed to get up into the mountains, since that’s why I moved to Greenville.

I knew it was going to be another mid-90s day, and I had wanted to hit the trails early in the morning to avoid the mid-day heat, but I had a washer and dryer delivered, which required me to be home. Therefore, I didn’t get to the park until around noon, on a blazing windless day.

I drove through the park to the parking area near Camp Buckhorn, then backtracked along the road to the point where the Sulphur Springs Trail crosses the road. 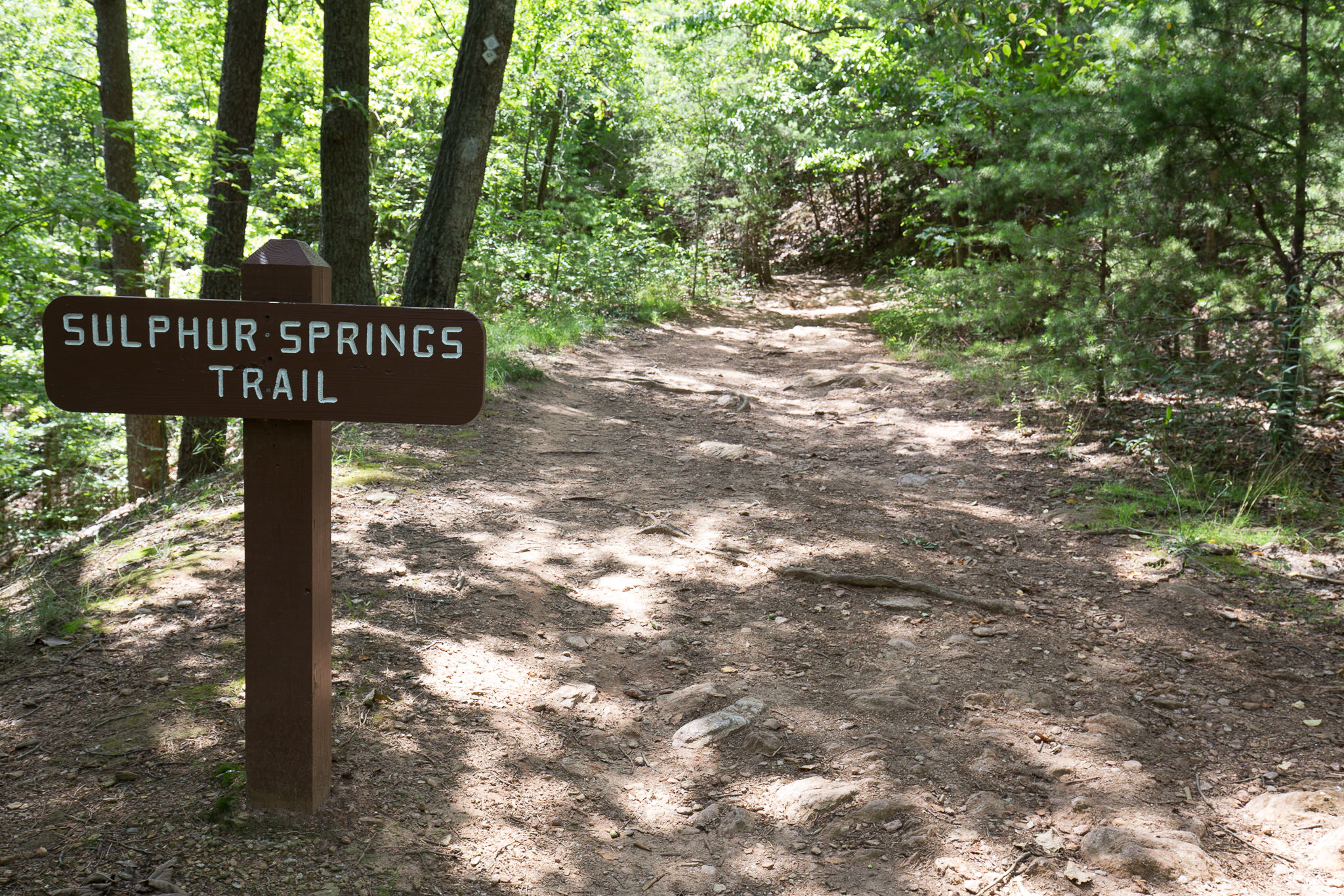 The trail was somewhat shaded by the canopy, which also blocked any panoramic views, but made for a nice pleasant walk through pretty woods. 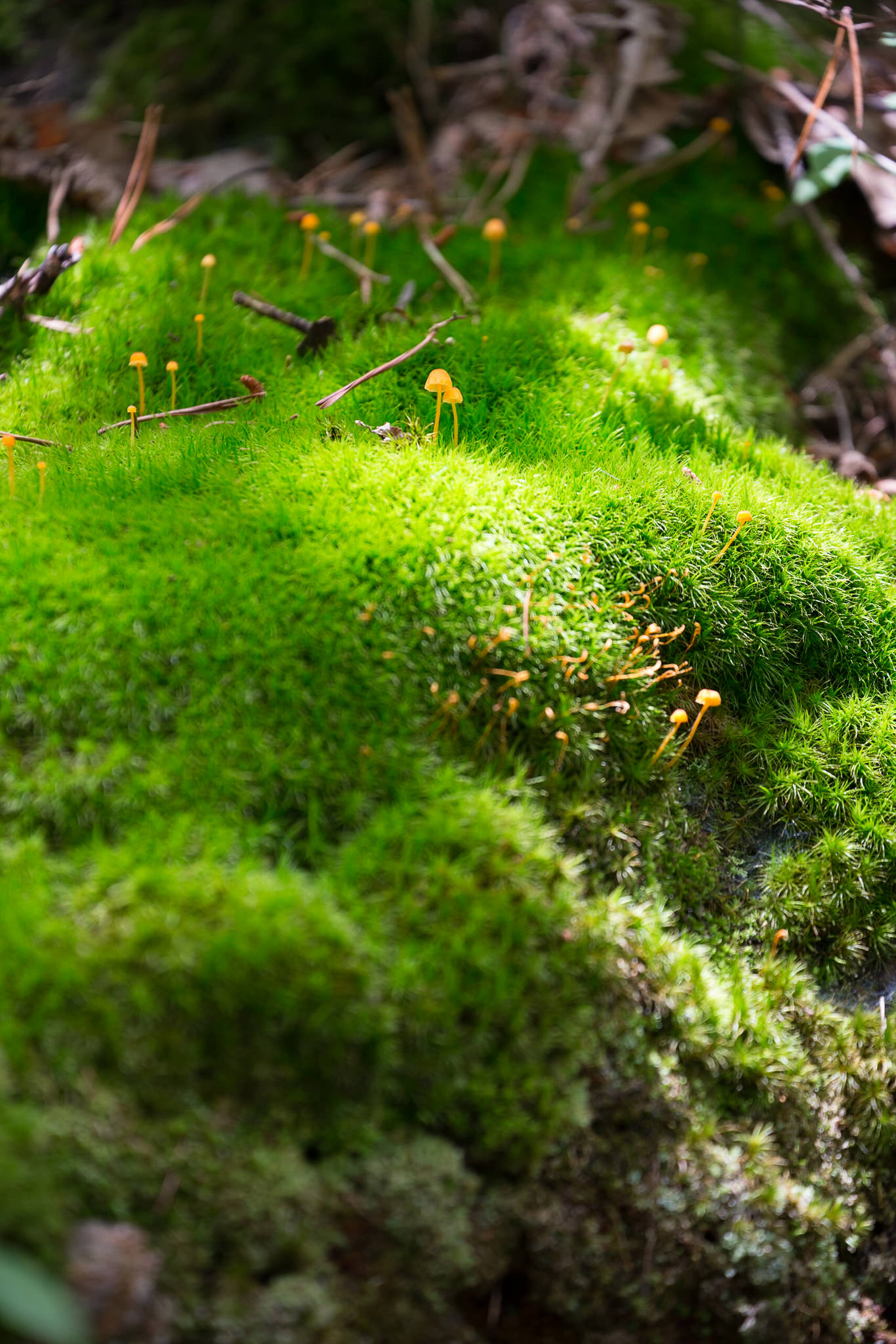 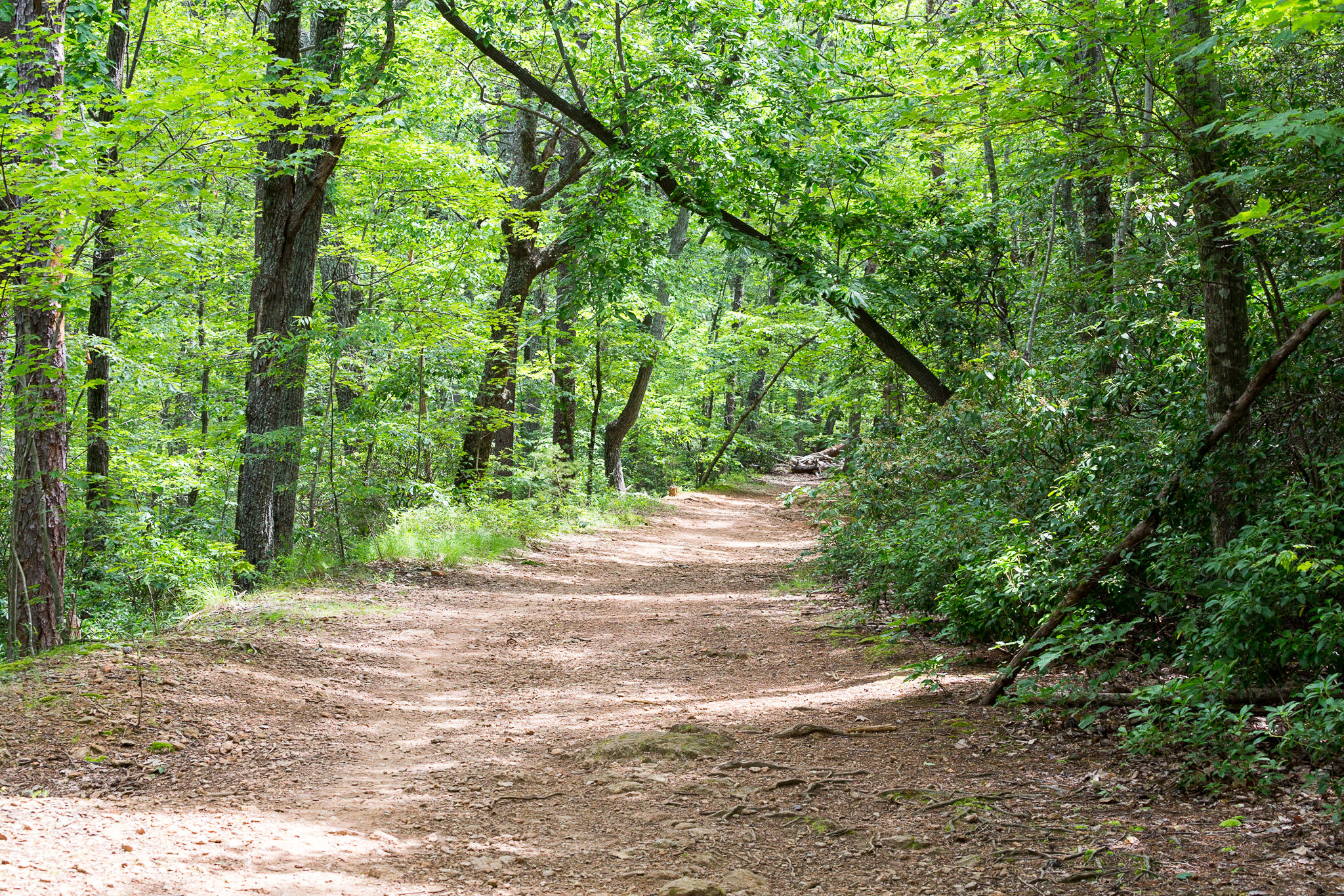 After a bit less than two miles, I took the turn onto Fire Tower Trail. 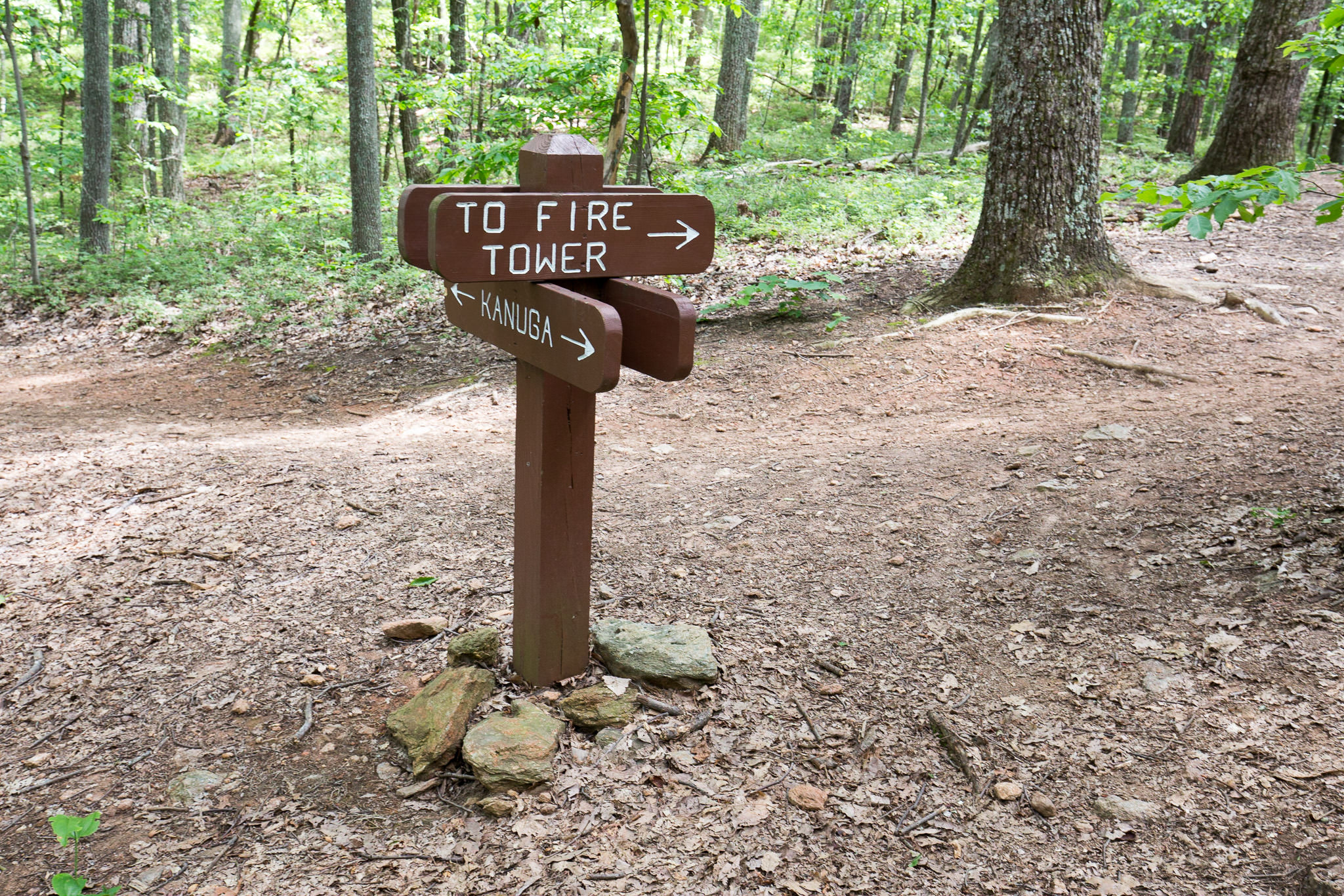 This was a fairly short out-and-back hike up to an old fire watchtower, which was part of a farm. The tower is long gone, but there is a plaque describing the spot and remnants of the homestead. 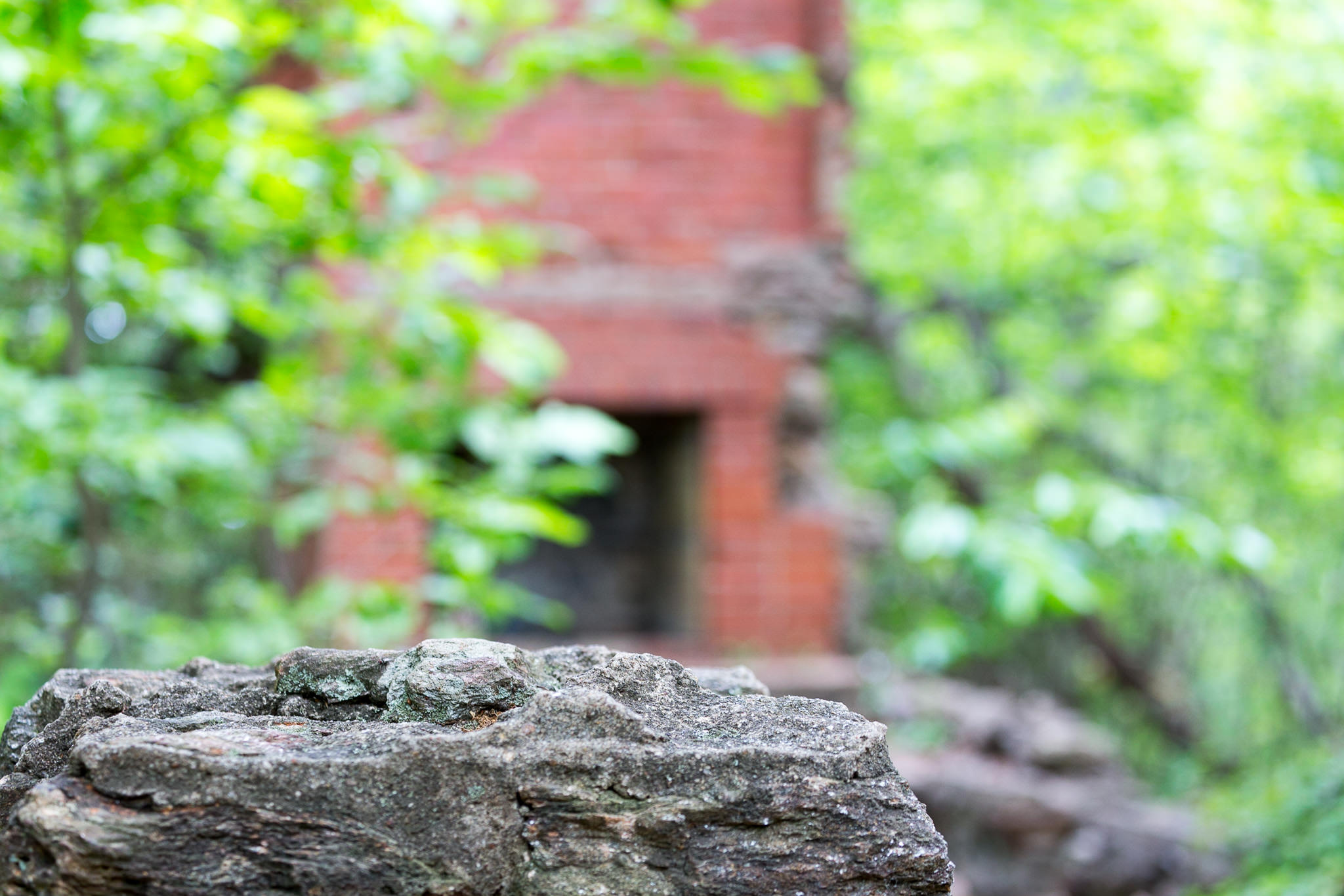 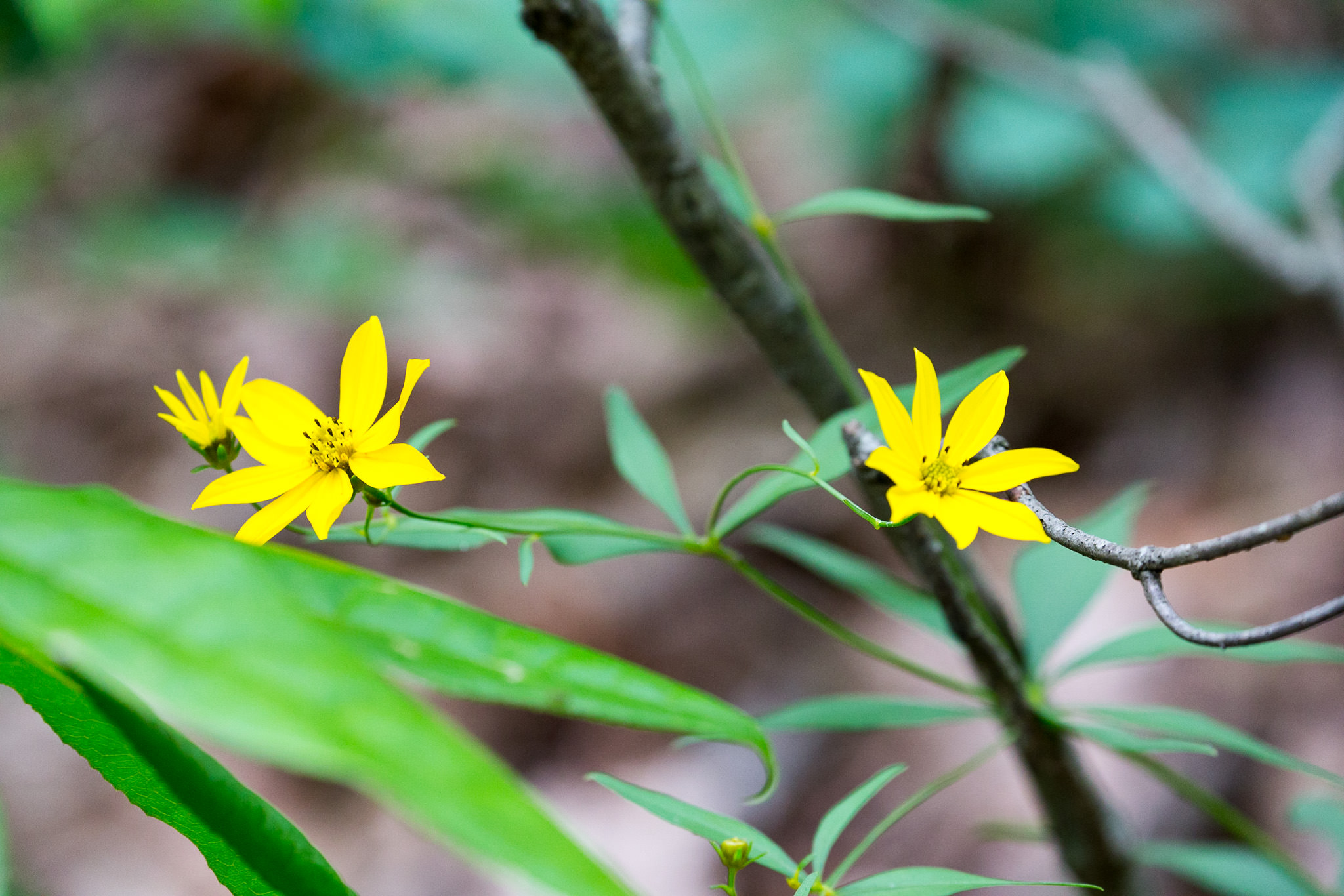 I backtracked down Fire Tower Trail to the point where it connects to Kanuga Trail. 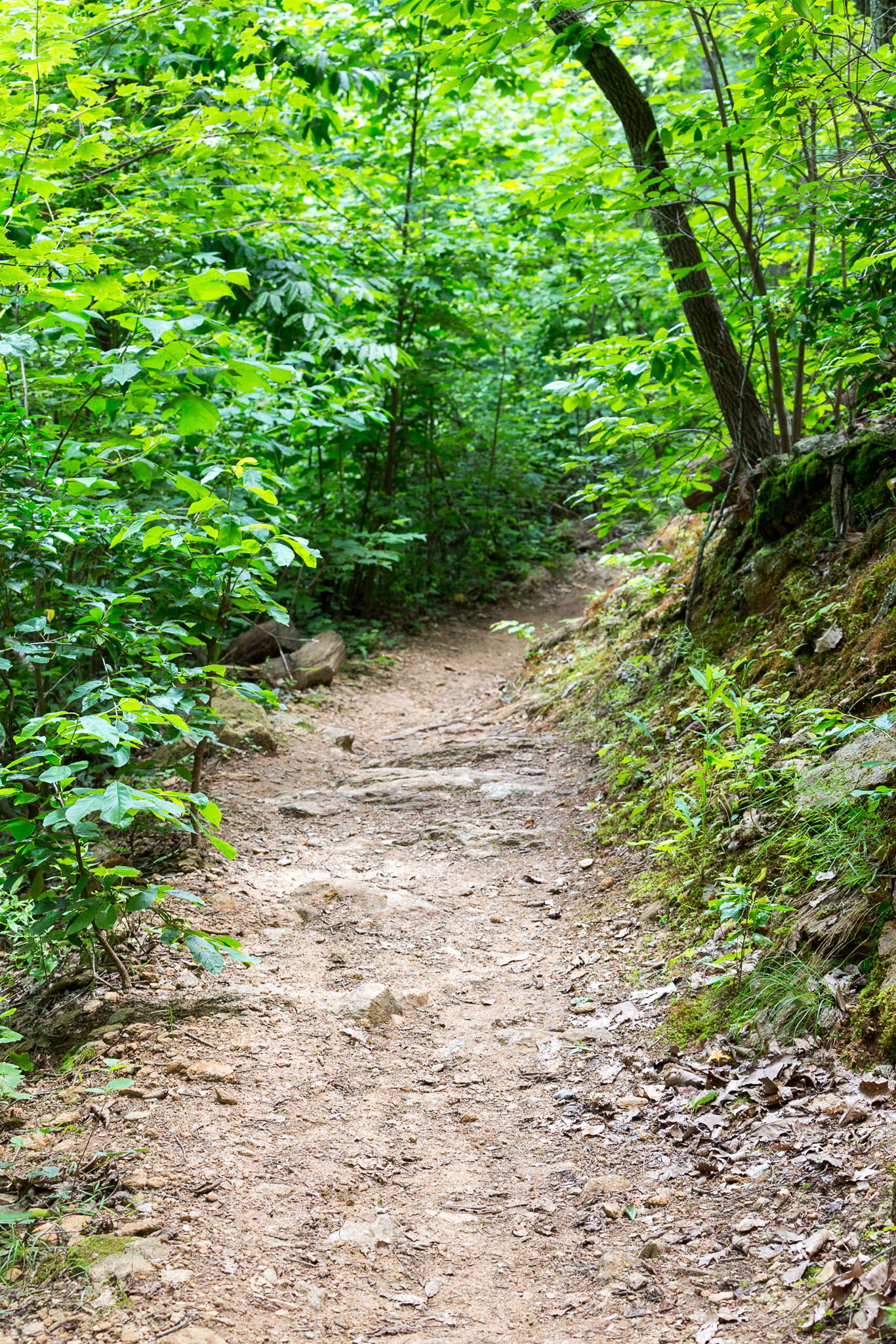 The Kanuga trail descends about 400 feet towards North Lake, and with each step downward I worried that I was overdoing my first hike on a blazing hot day, knowing that I’d have to come back up this same trail. The steep hillside was filled with holes, and it took me a while to figure out exactly what was digging the holes. 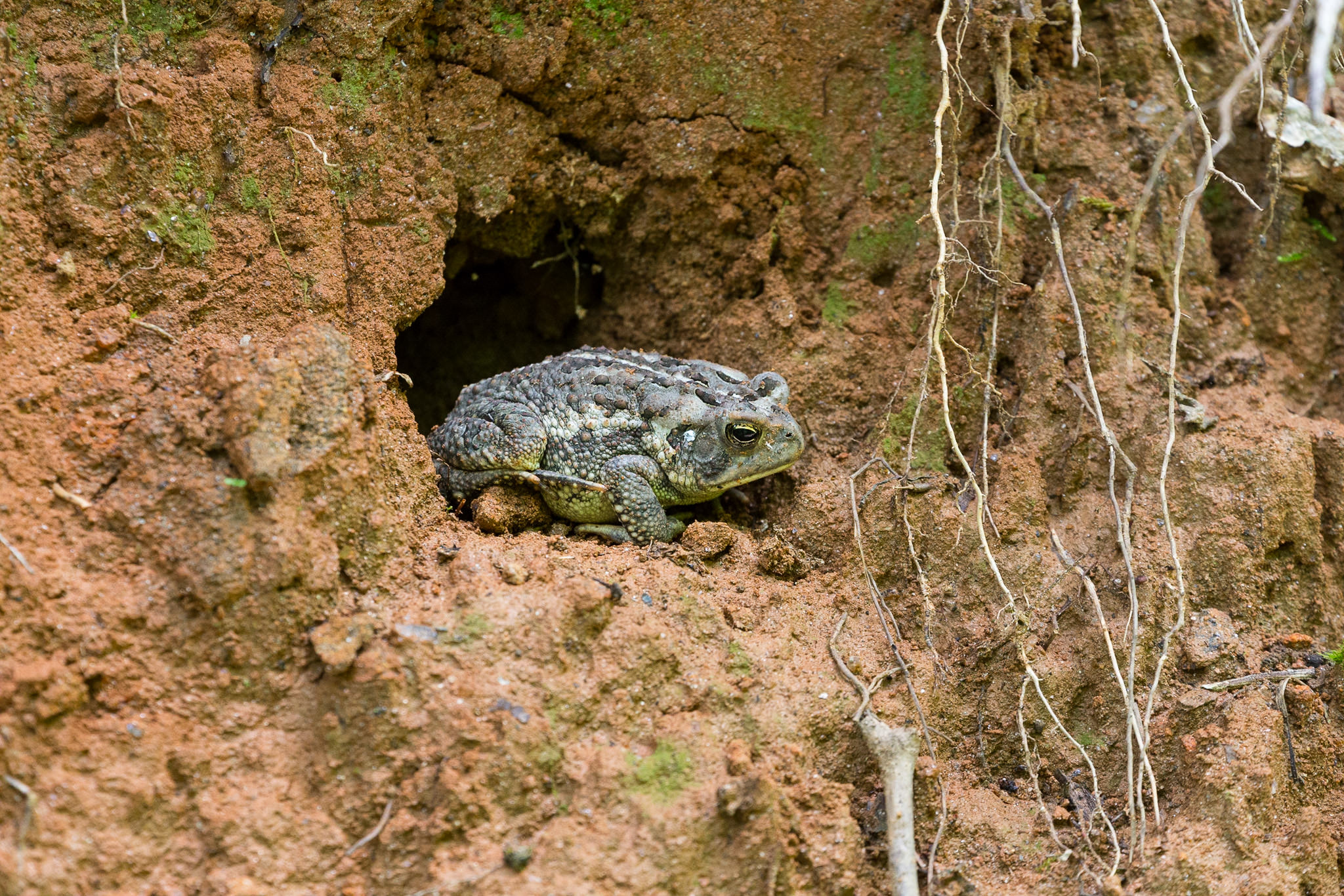 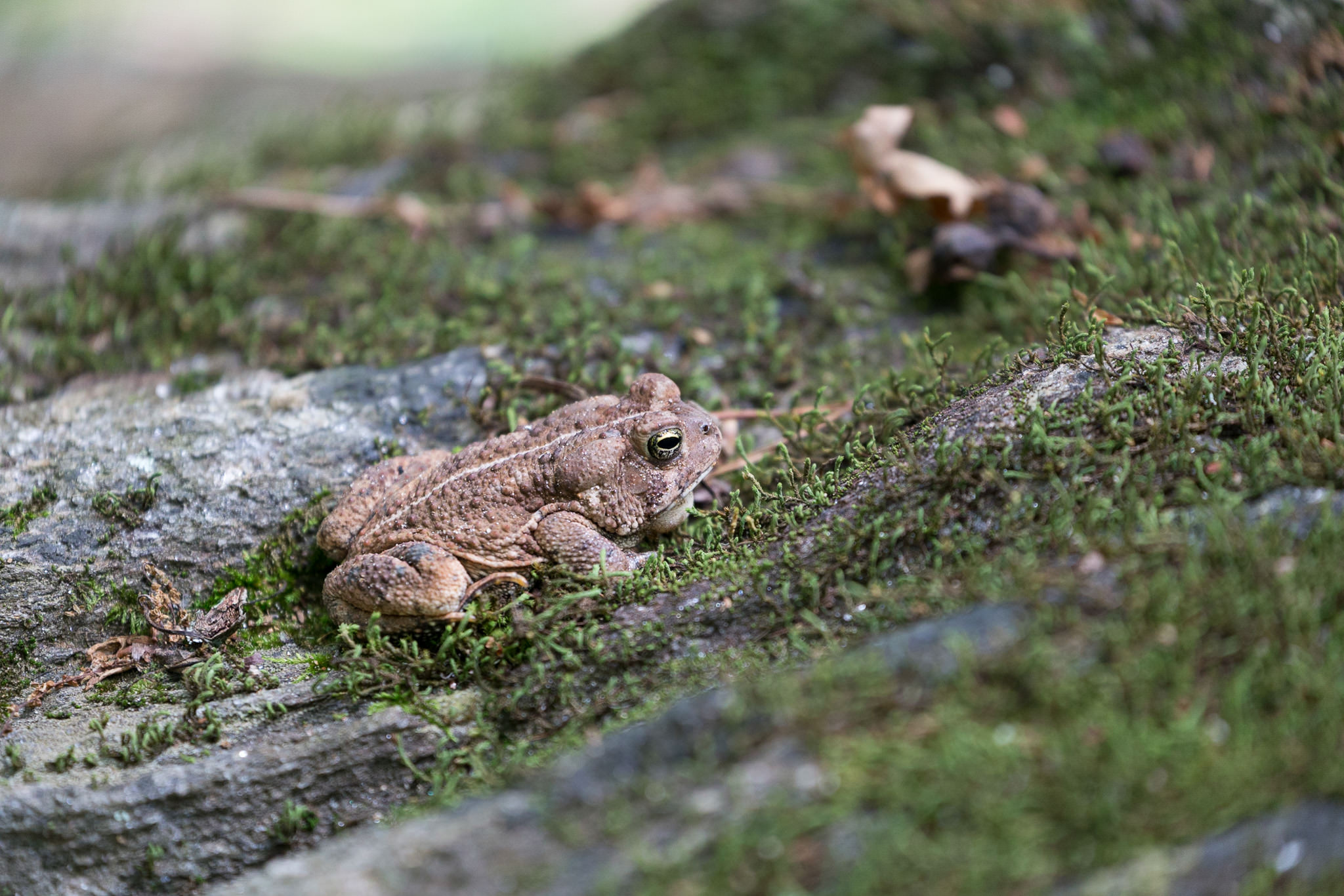 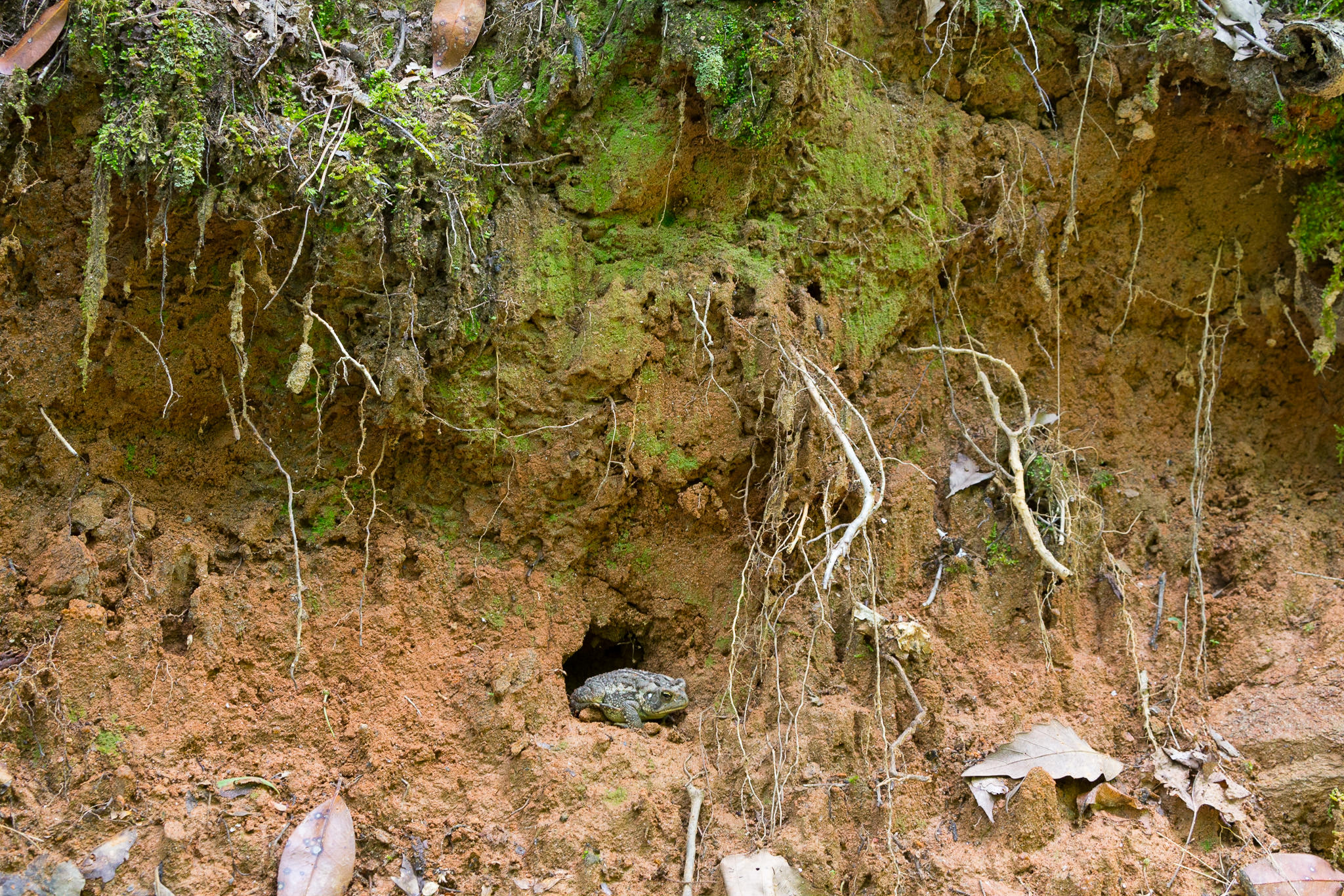 I reached the bottom of Kanuga where it connects to North Lake Trail. 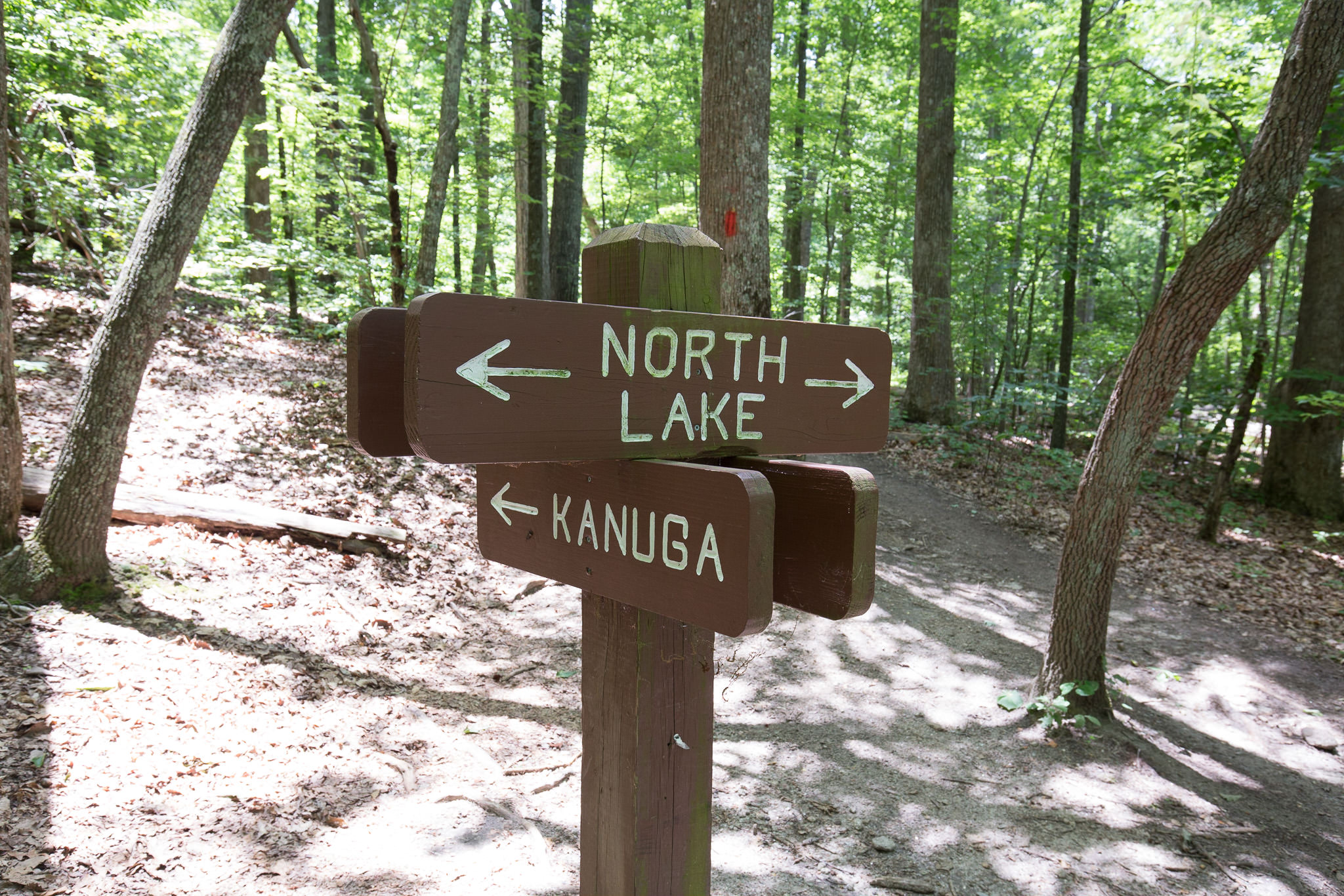 I was greeted by cool clusters of small blue/purple butterflies all over the place. 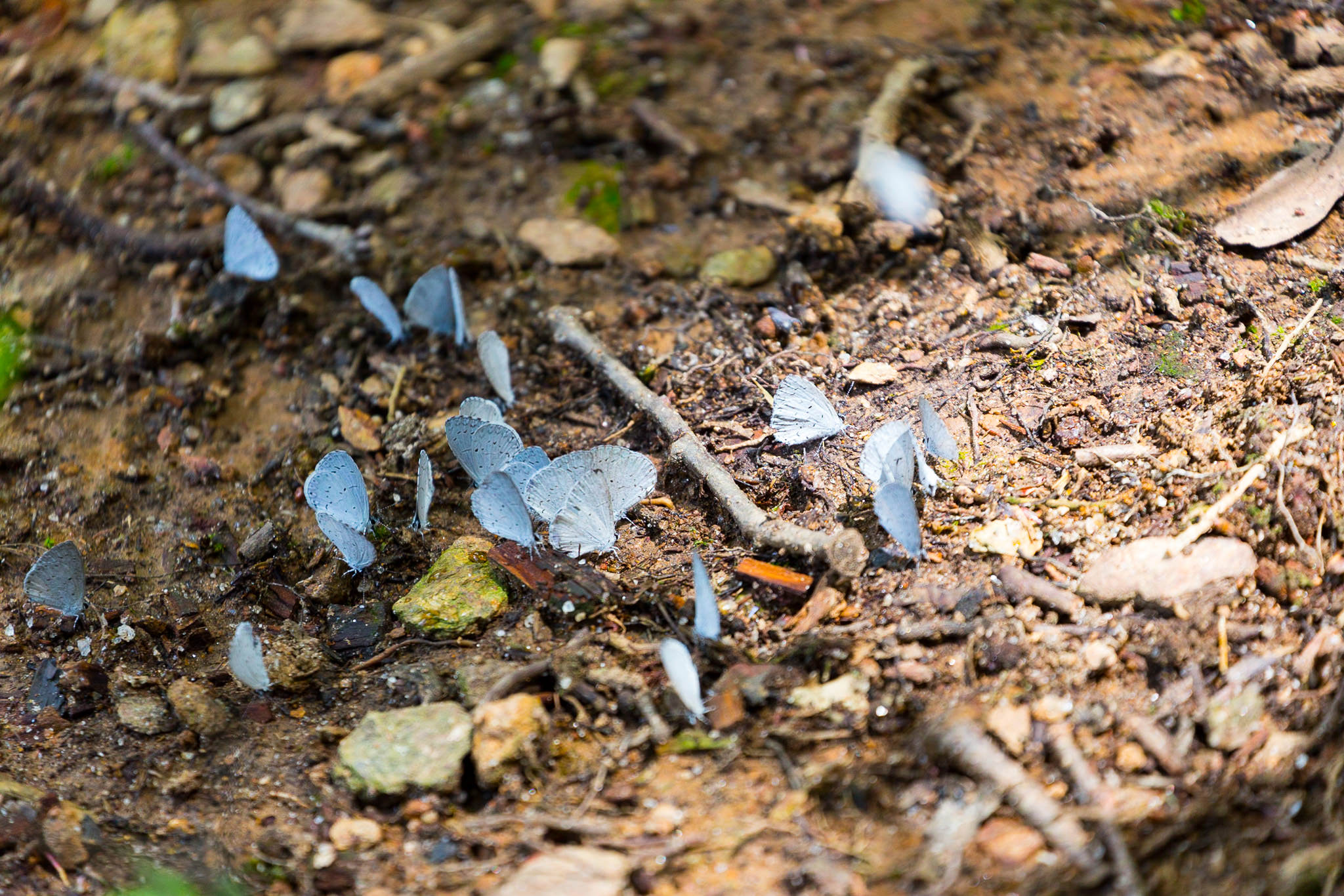 And then immediately felt like the hike down had been worth it. I took my pack off, ate for a few minutes, then enjoyed this view while shooting some pictures. 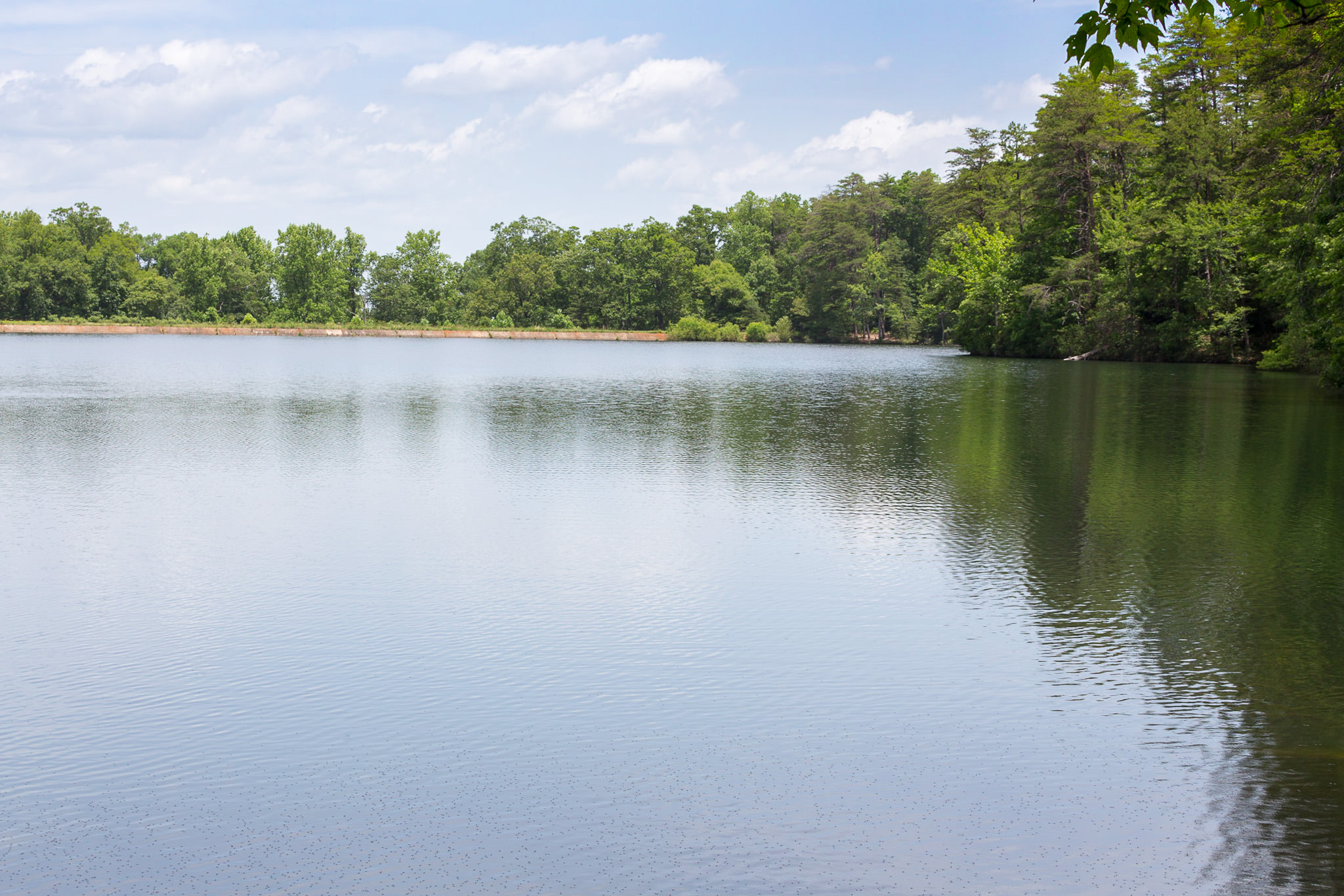 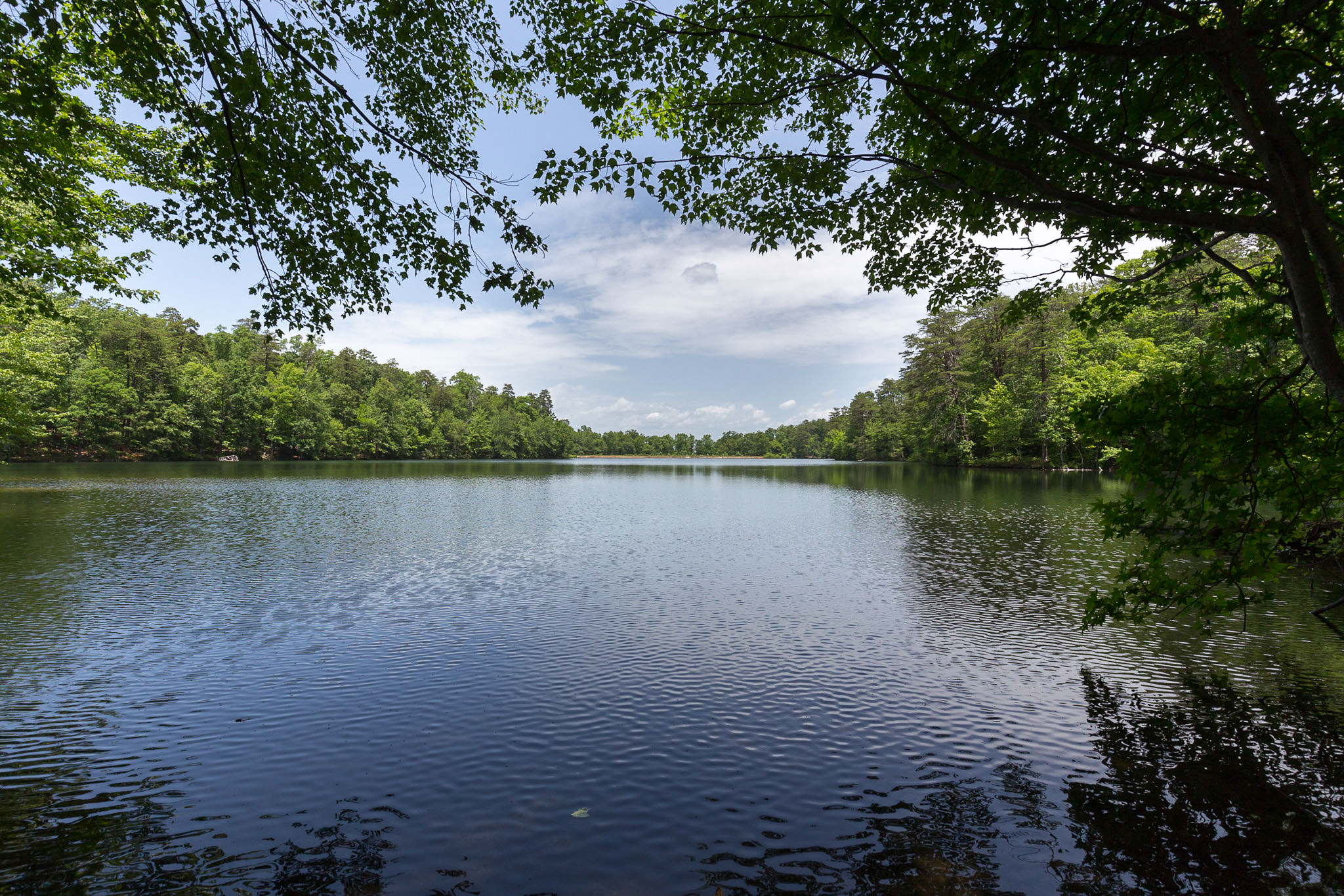 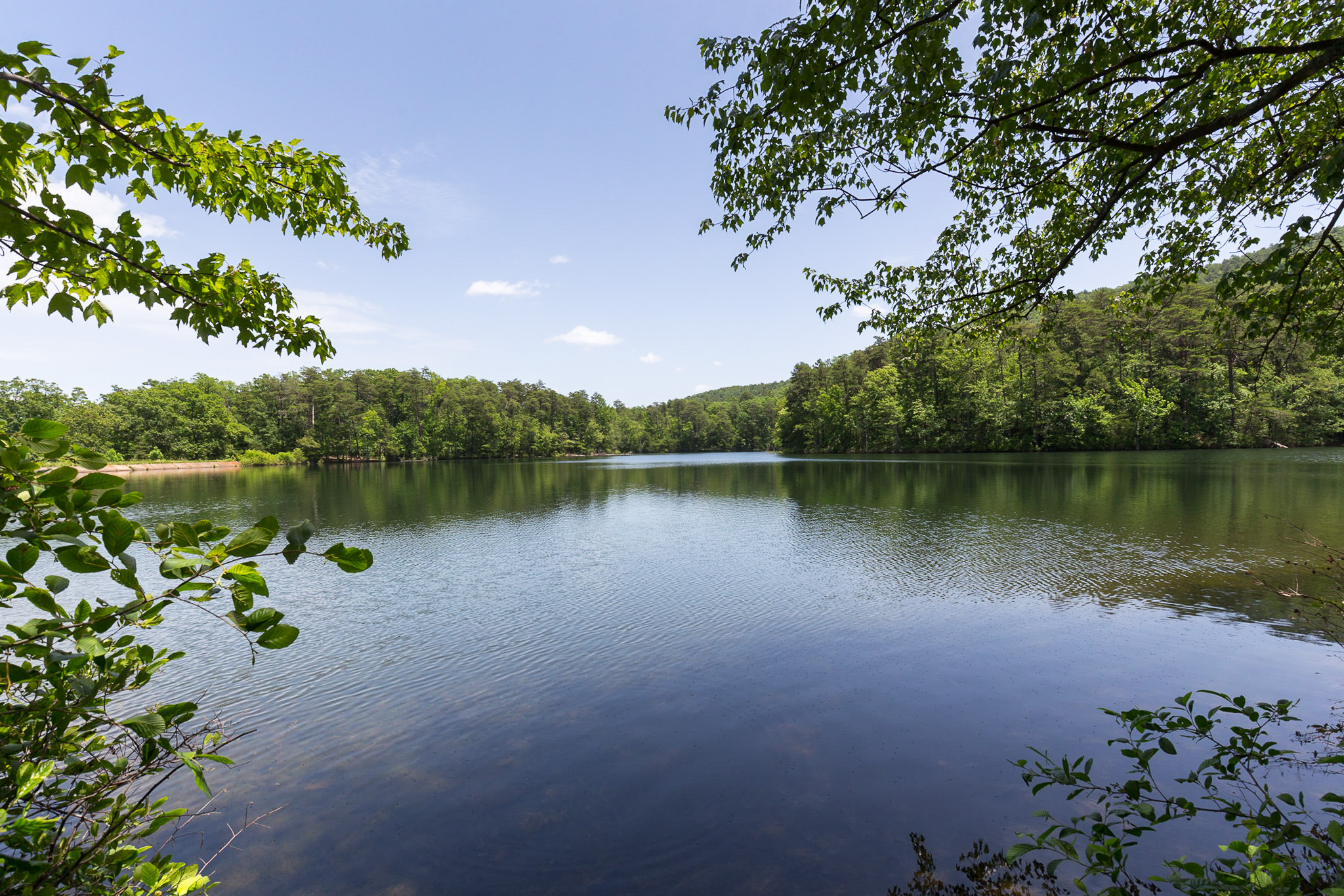 I circled the lake, which is beautiful and absolutely worth the journey. I encountered a couple groups of campers at the campsites dotted around the lake, which would be a great spot to spend a few days. The hike back up was every bit as tough as I was expecting in the 97-degree heat, but I made it to the car in good shape and cranked up the A/C.

Overall, I hiked 7.4 miles with 880 feet of ascent. This was a great hike and I will do it again, though next time, I will probably take another trail to the lake to check out another section of Paris Mountain State Park. The park is only a short drive from my apartment in Taylors, close enough that I can drive up for post-work hikes during the week.