After taking it mostly easy on Saturday to recover from our respective trips to Greenville, we saddled up on Sunday morning and headed up to Table Rock State Park, which has already become one of my favorite spots in the Upstate. It was a beautiful morning, so we took the awesome drive up to Caesar’s Head first, where we all enjoyed the overlook.

A quick stop at Caesar’s Head 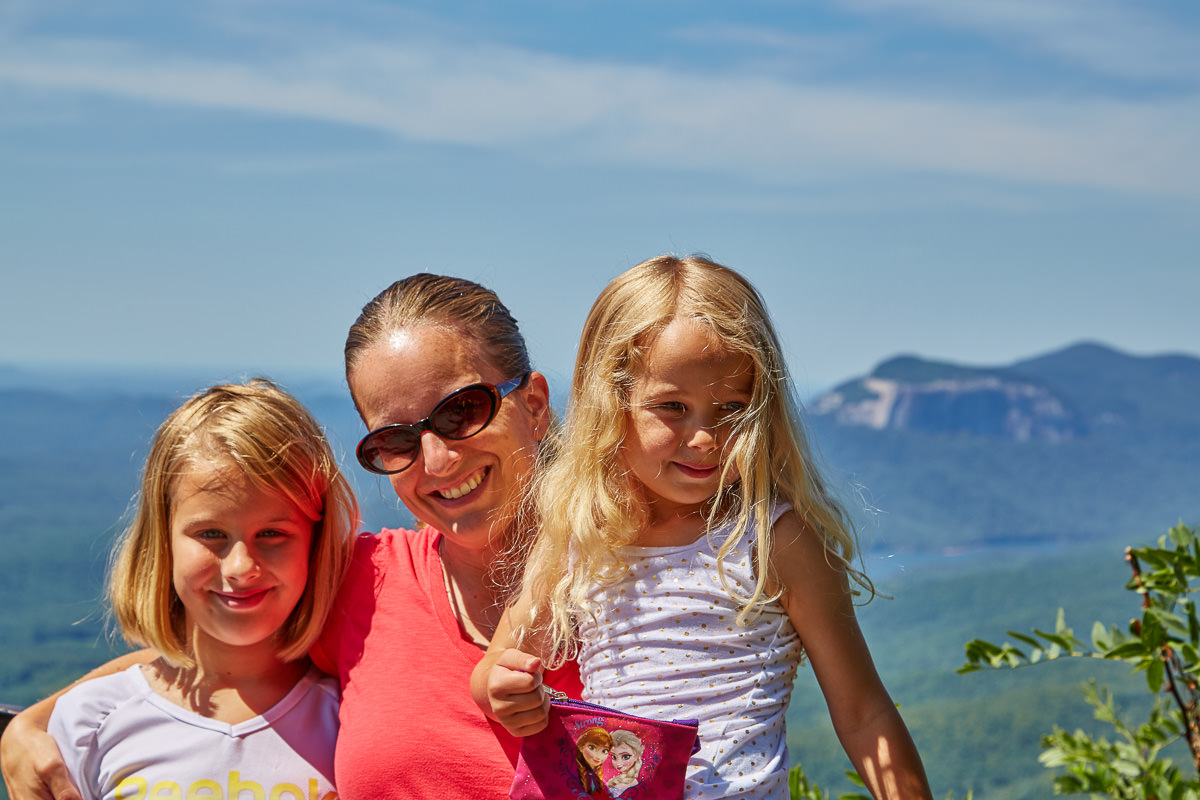 We also made our way through the small side trail between two massive slabs of rock, which I had not done before on my previous stops. Aly was brave enough to hold the rocks apart so we weren’t crushed – she’s all heroic like that. 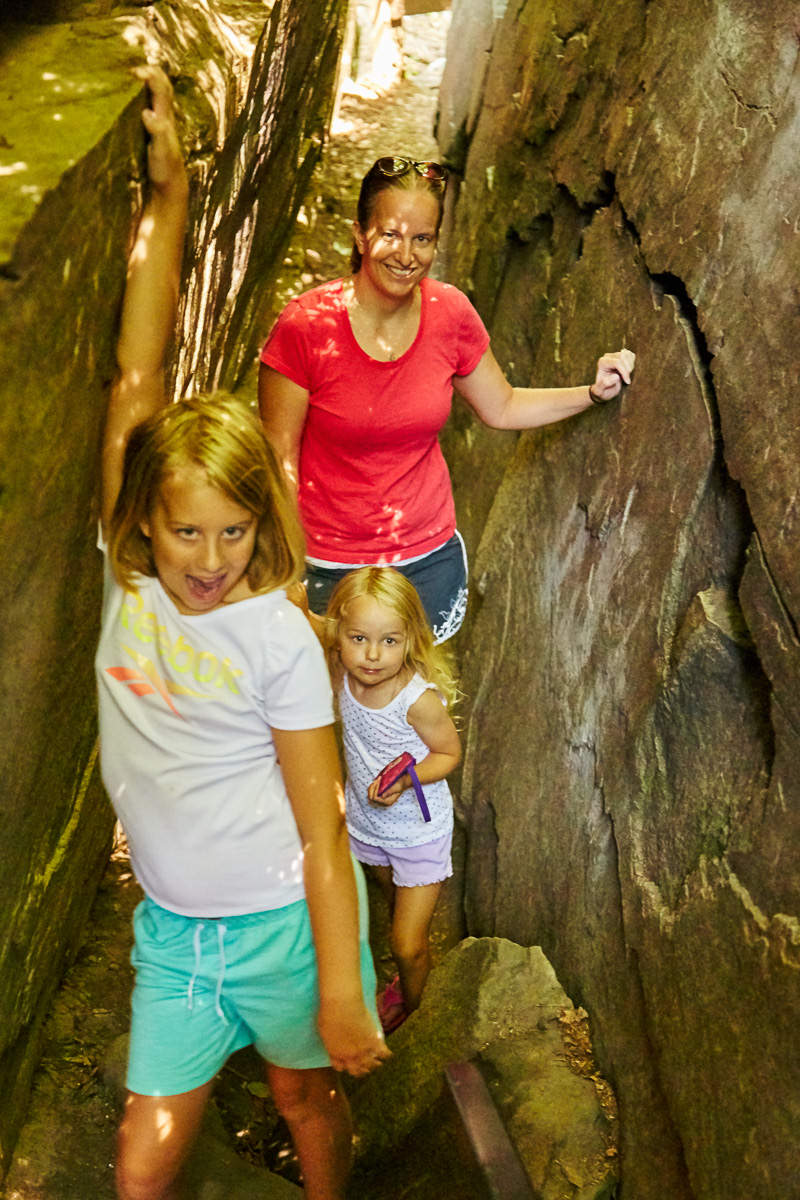 On to Table Rock

After that, we spun back down the mountain and took Highway 11 (not to be confused with “Old Highway 11” or “Old Old Highway 11”) west over to Table Rock State Park. I had forgotten to get my SC parks pass out of my car, so we had to hit the visitor’s center to buy a day pass (we had no cash). When we exited the car, a large duck or swan – we’ll call him “duwan” – came right up to the girls and started squawking at them. He was not afraid of people or cars, and tried to eat Aly’s toes, eliciting squeals and giggles. While I walked over to the office and got the pass, Duwan apparently provided quite a bit of entertainment. I did not photograph Duwan because he seemed rather entitled and I was worried he was the kind of duck/swan that might steal a camera. He was kind of intimidating, but probably would have been tasty with orange sauce.

We drove back over to the main parking area and hit that visitor’s center so the girls could look at the snakes they have on display there, then took the short walk up the trail to the small waterfall and pool where the kids could splash. The clear water was filled with minnows and small fish, but the girls were unable to land any with their bare hands. 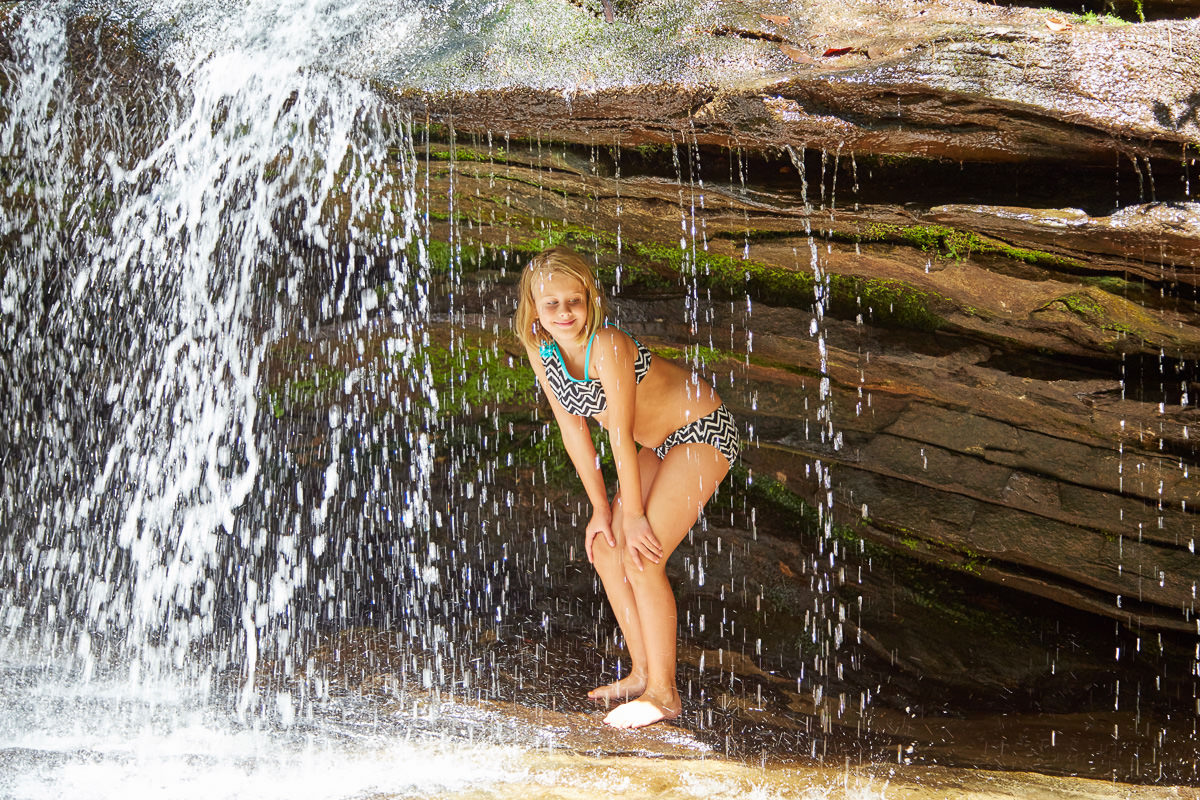 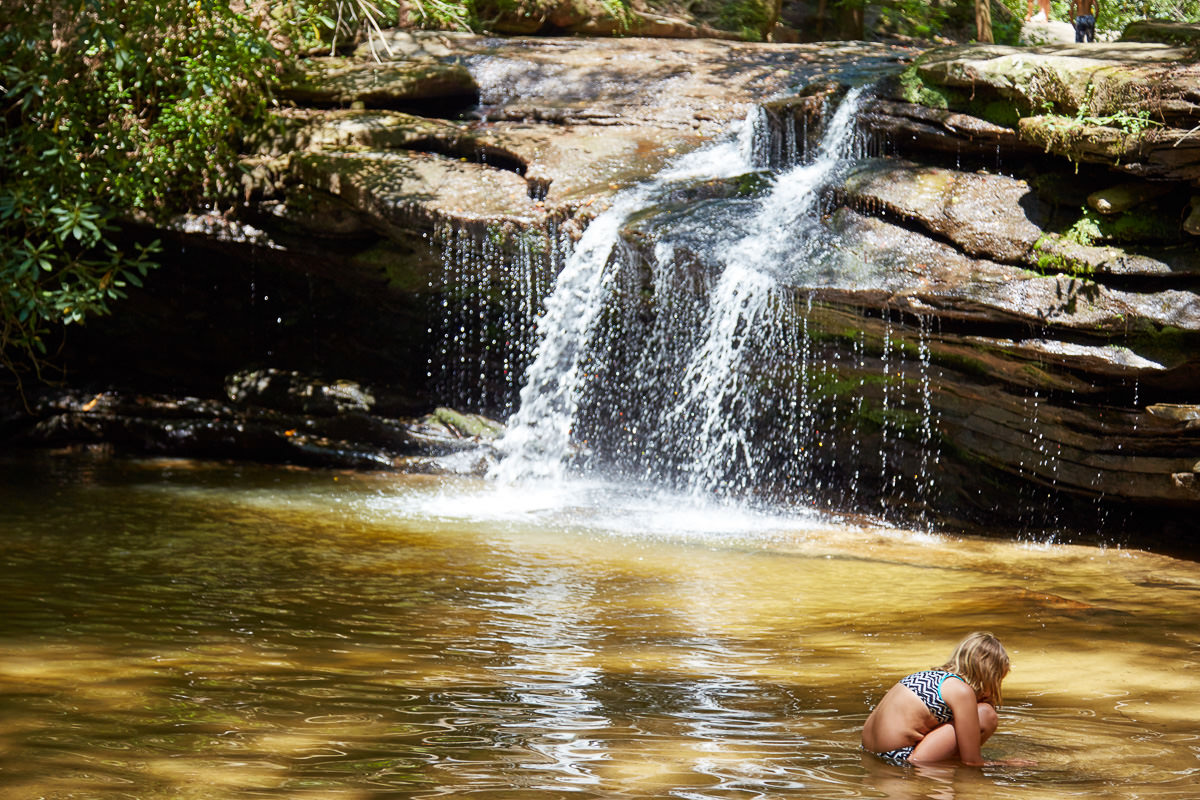 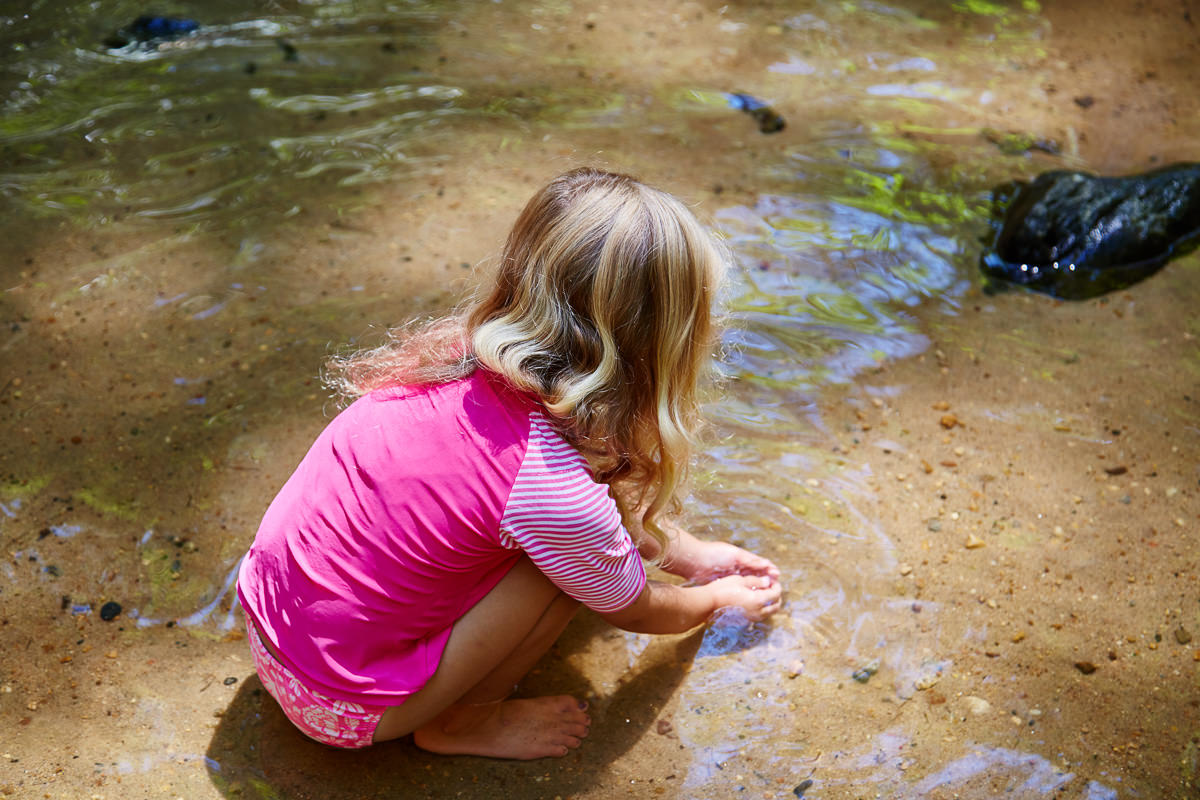 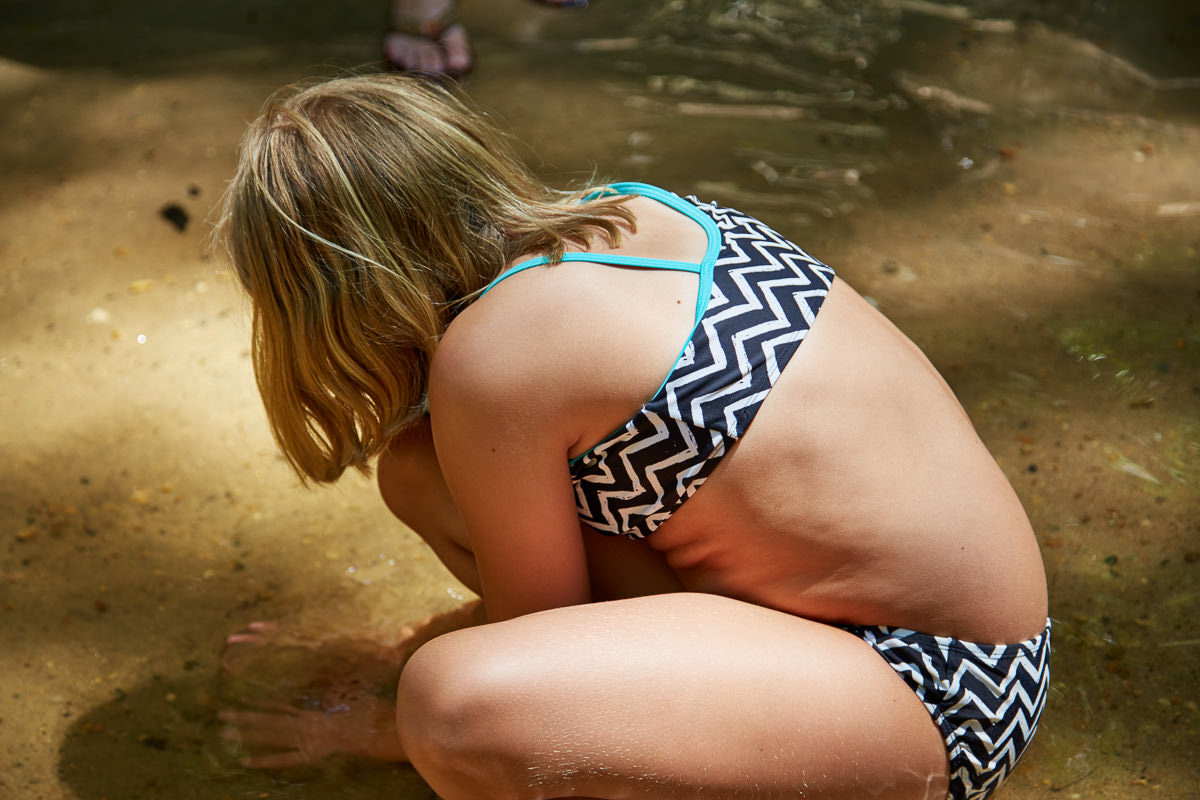 We made the trek back to the parking lot and got all our swim stuff (pretty much towels) from the car, then crossed the parking lot to the beach. That’s one of the things I love about Table Rock, one parking lot serves the trailheads and the lake, which has the beach, boat rentals, and a small store with snacks. Being Sunday morning, the beach was not crowded, so we dropped our stuff and hopped into the lake. 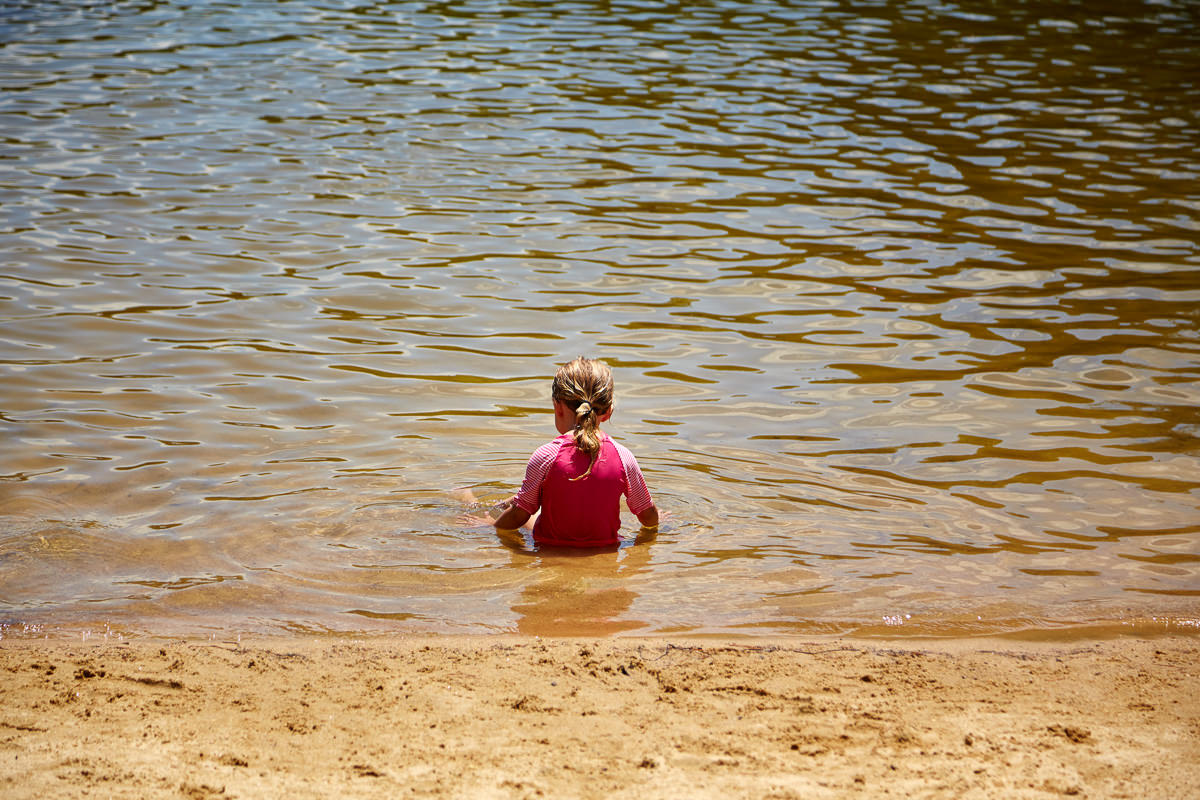 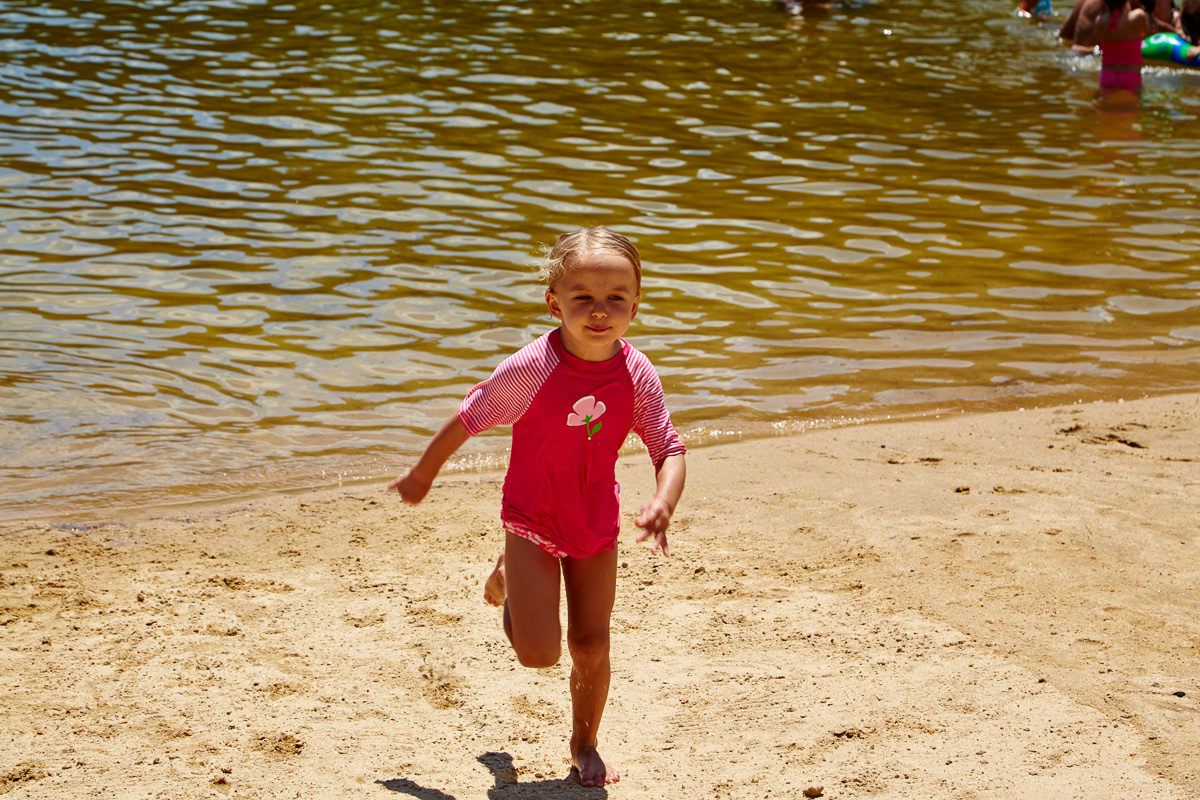 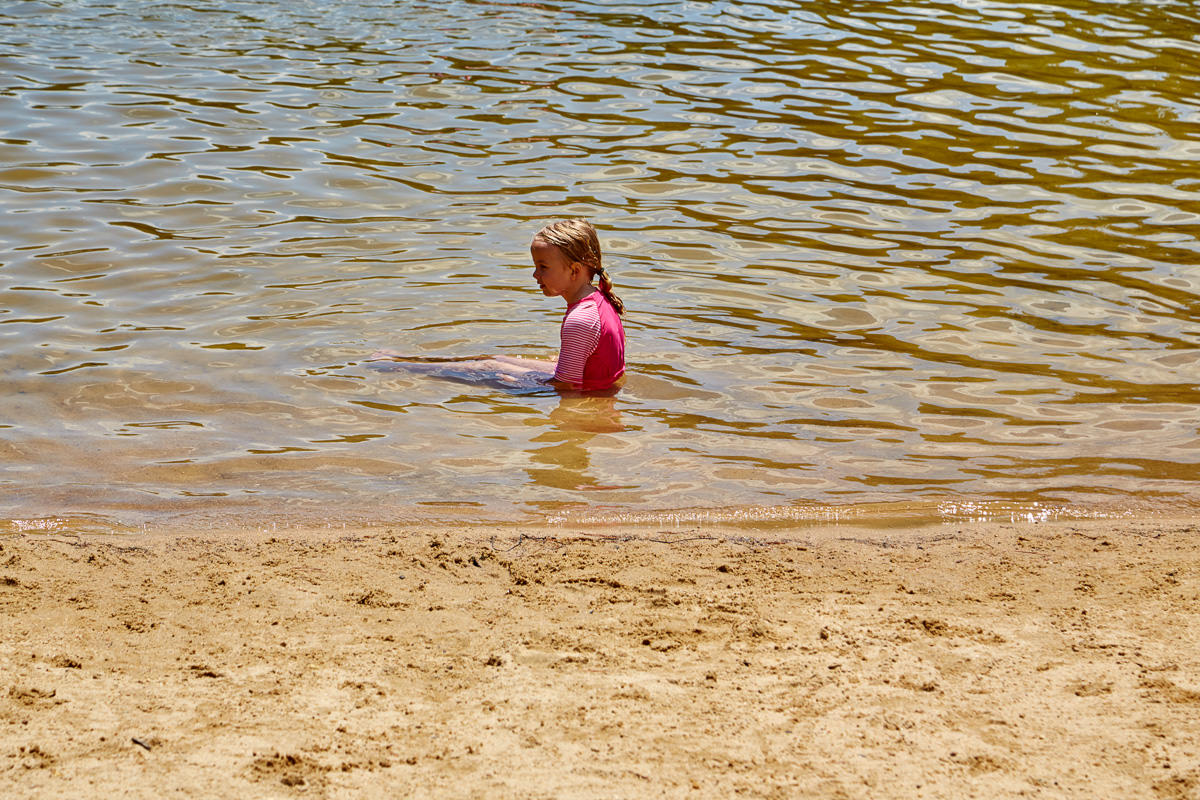 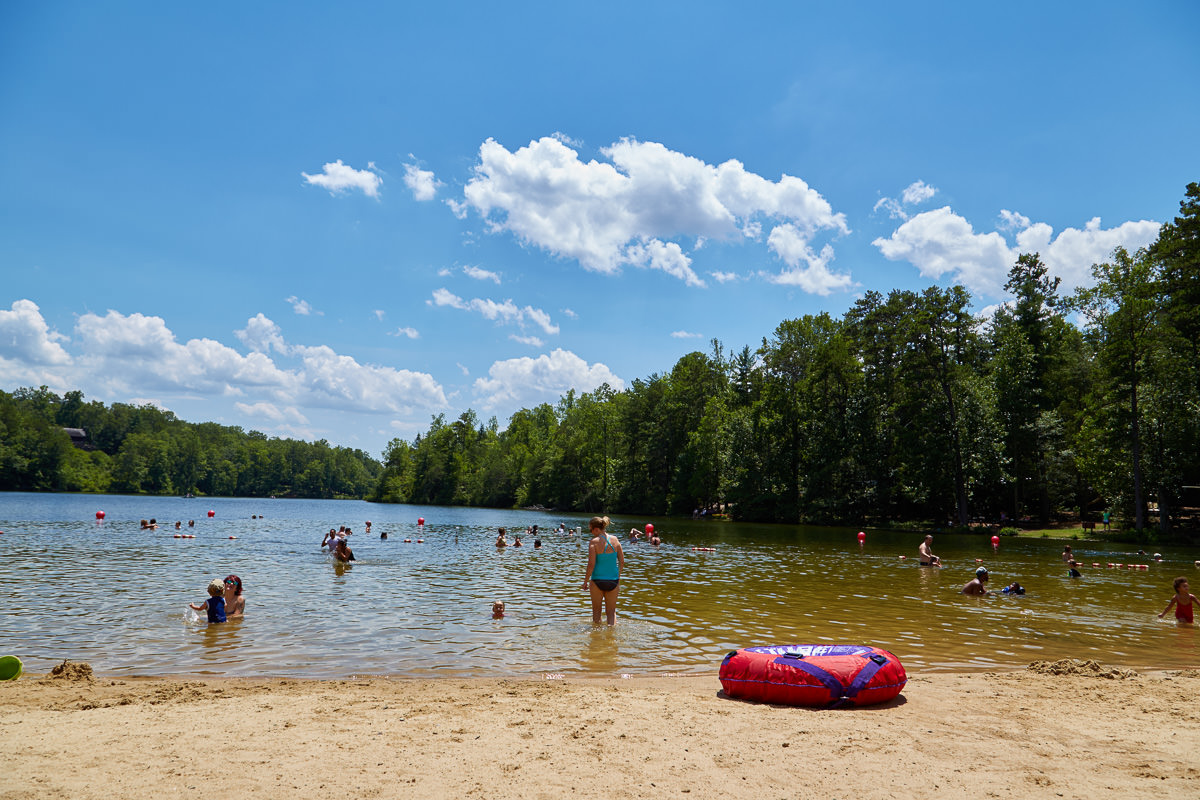 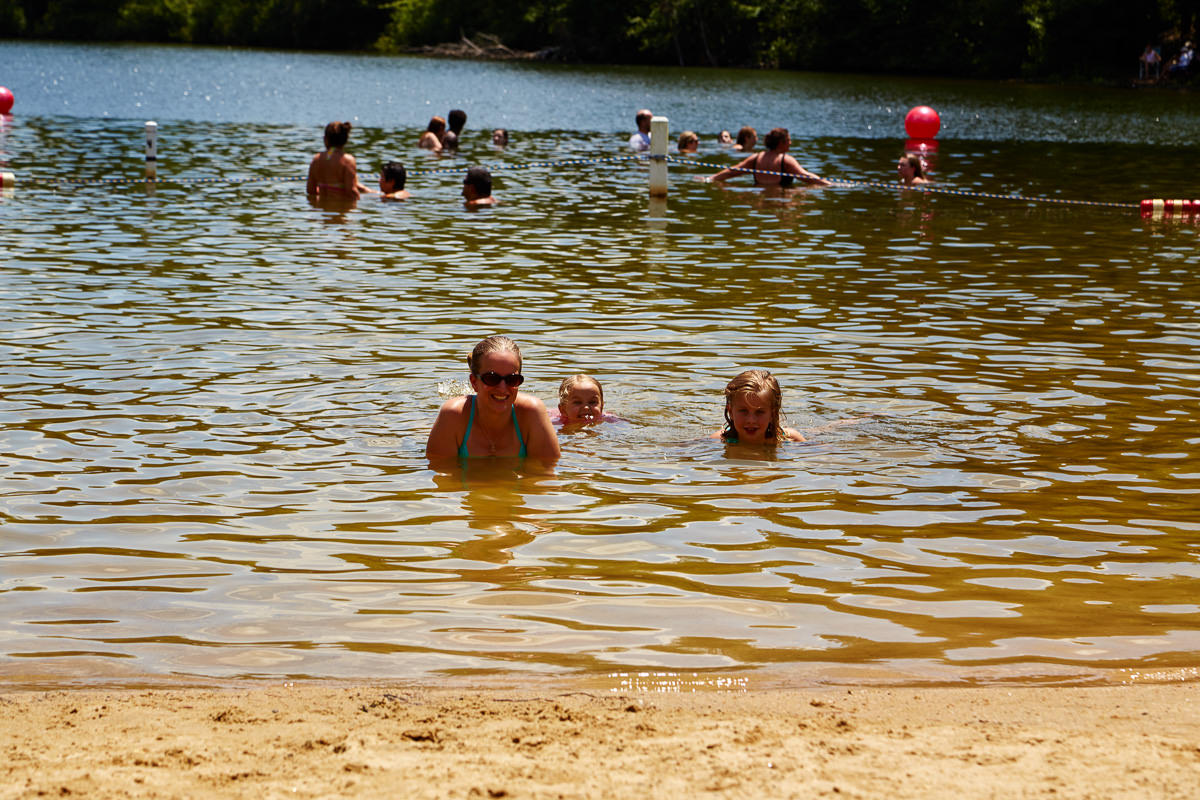 It was hot (a frequent point of contention between this former Midwesterner and those current Midwesterners), but luckily the small store has two $1 options: sno cones and slushies. We took advantage of this more than once on this day. 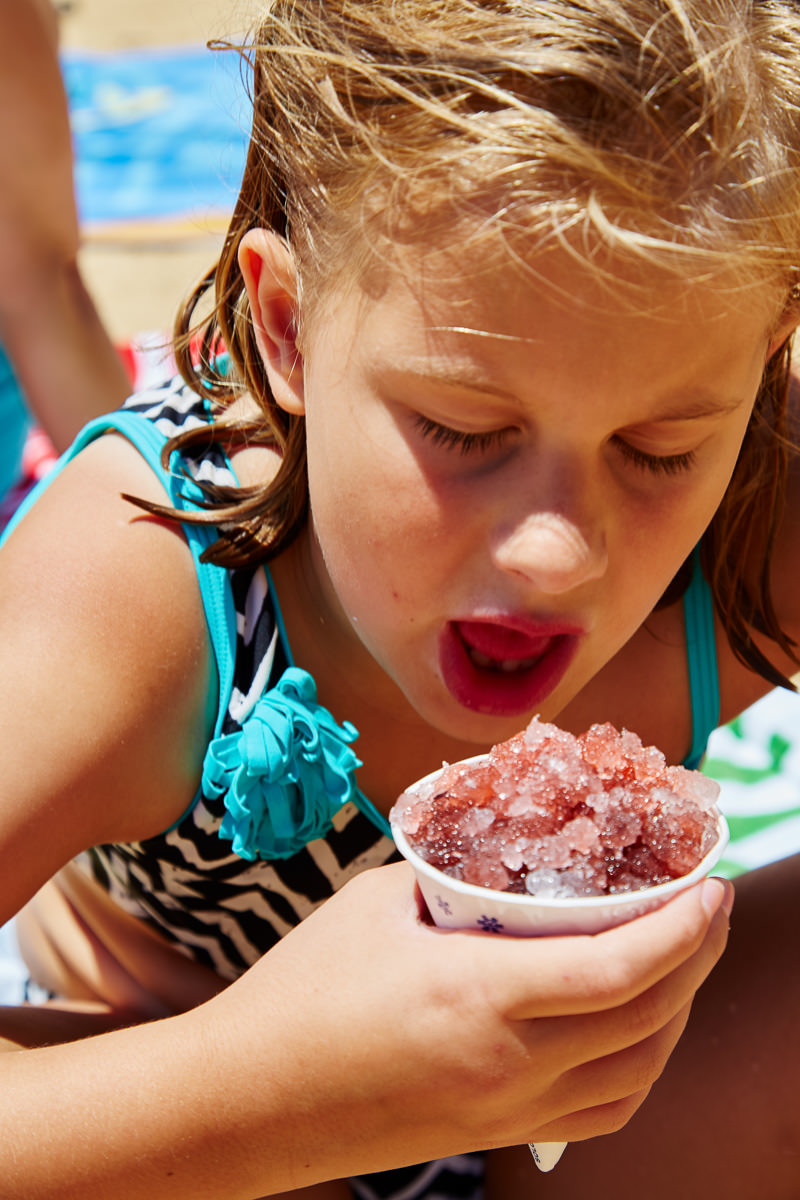 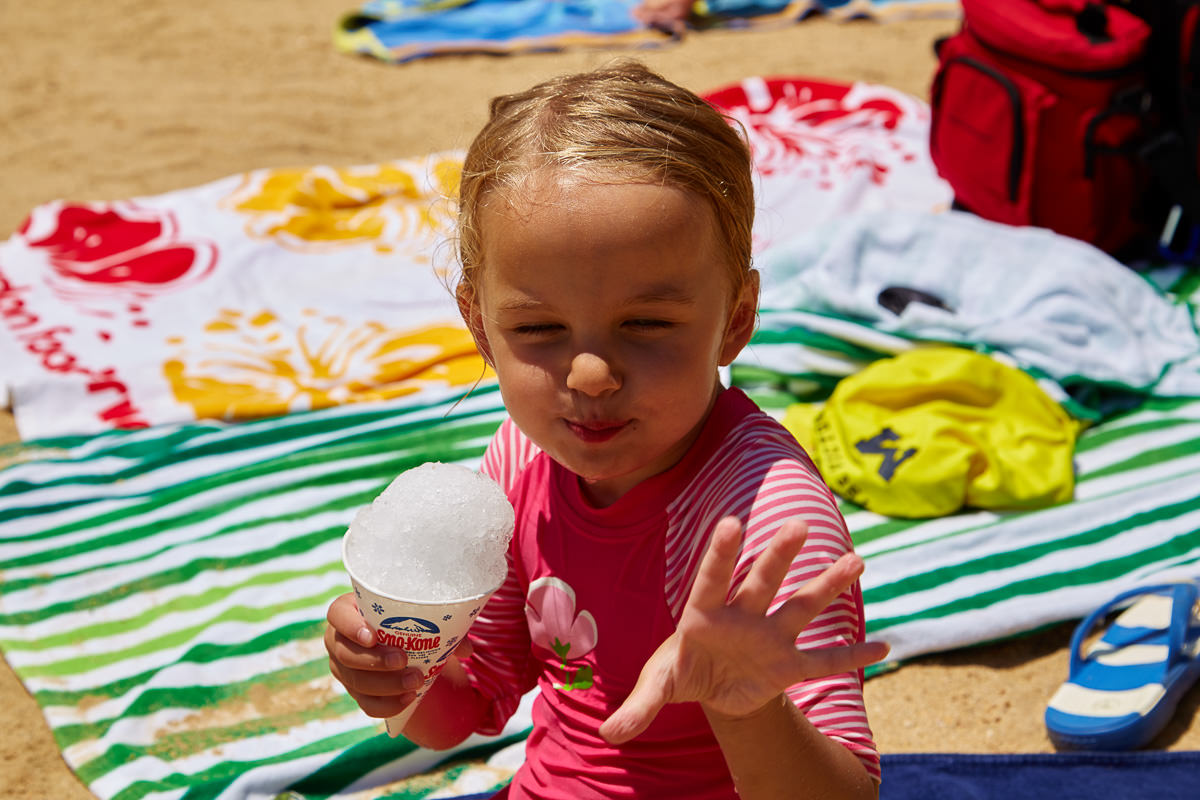 Yes, that’s a sno cone with no flavor #smh 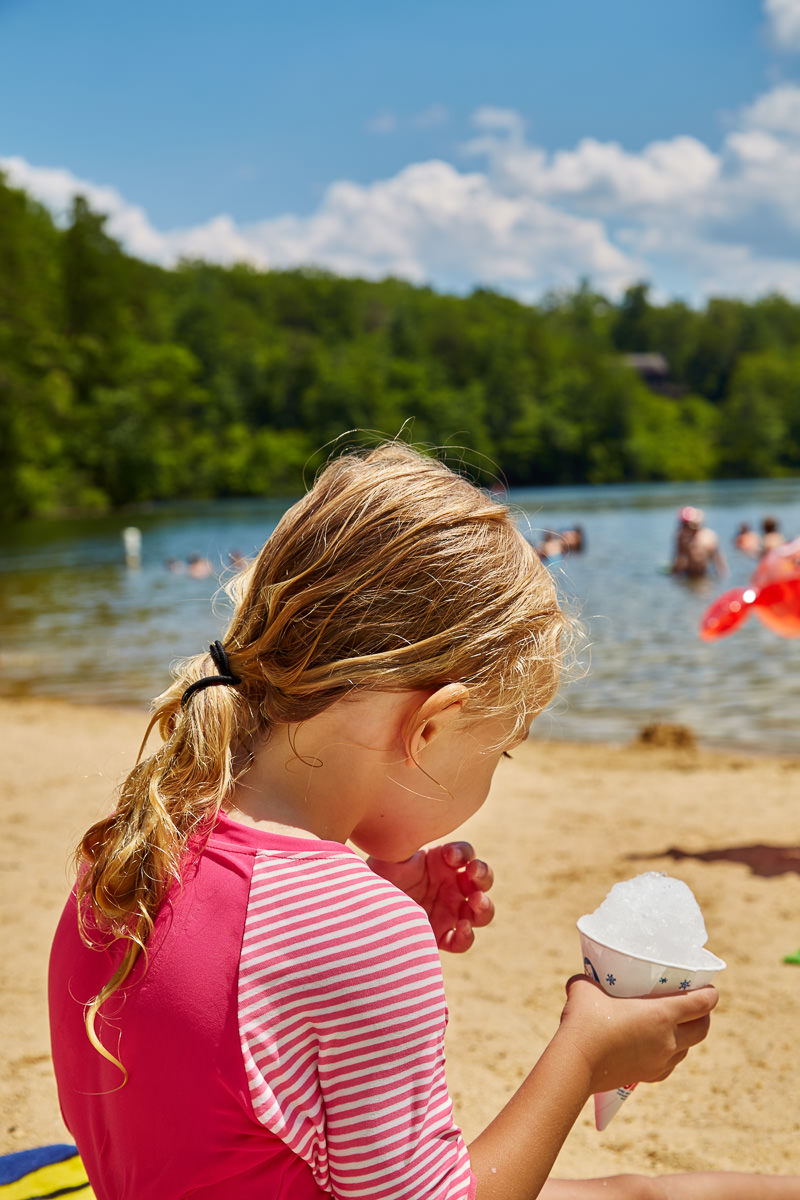 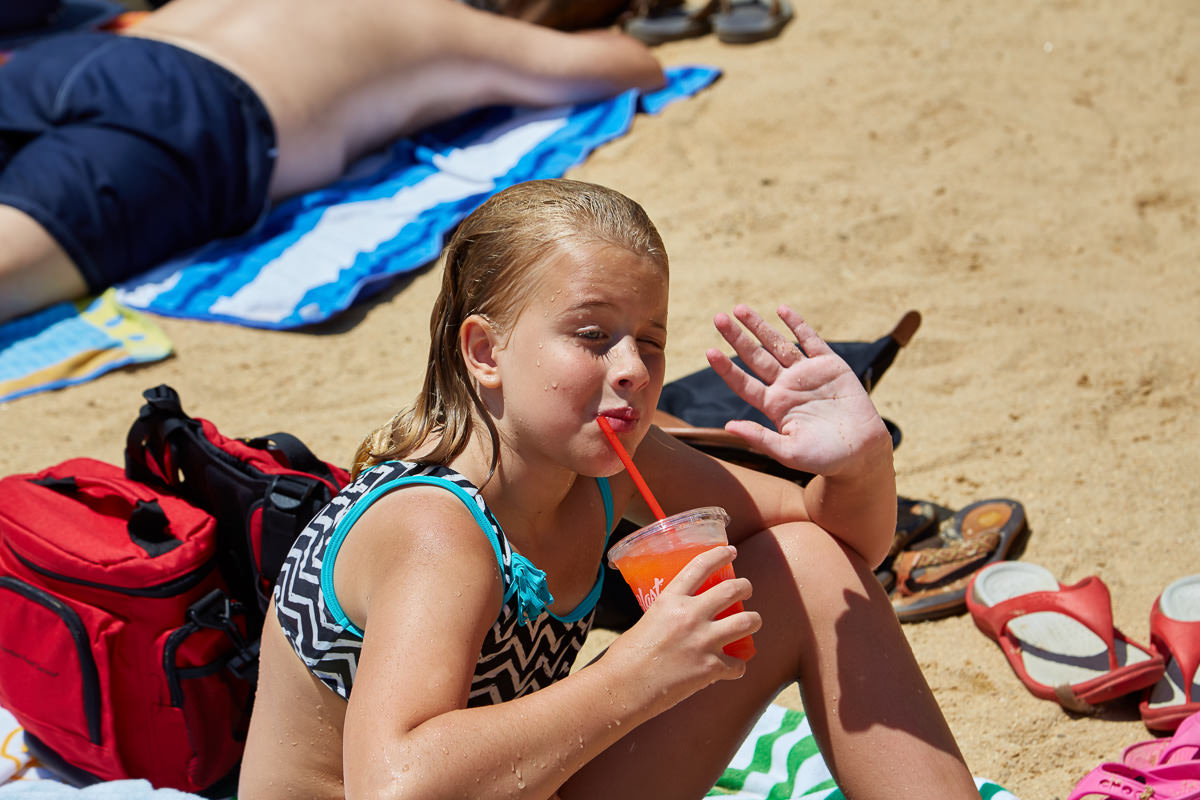 The swimming area has a diving platform which had instantly attracted Aly’s attention. She hit the low diving board right away after getting into the water, without hesitation. 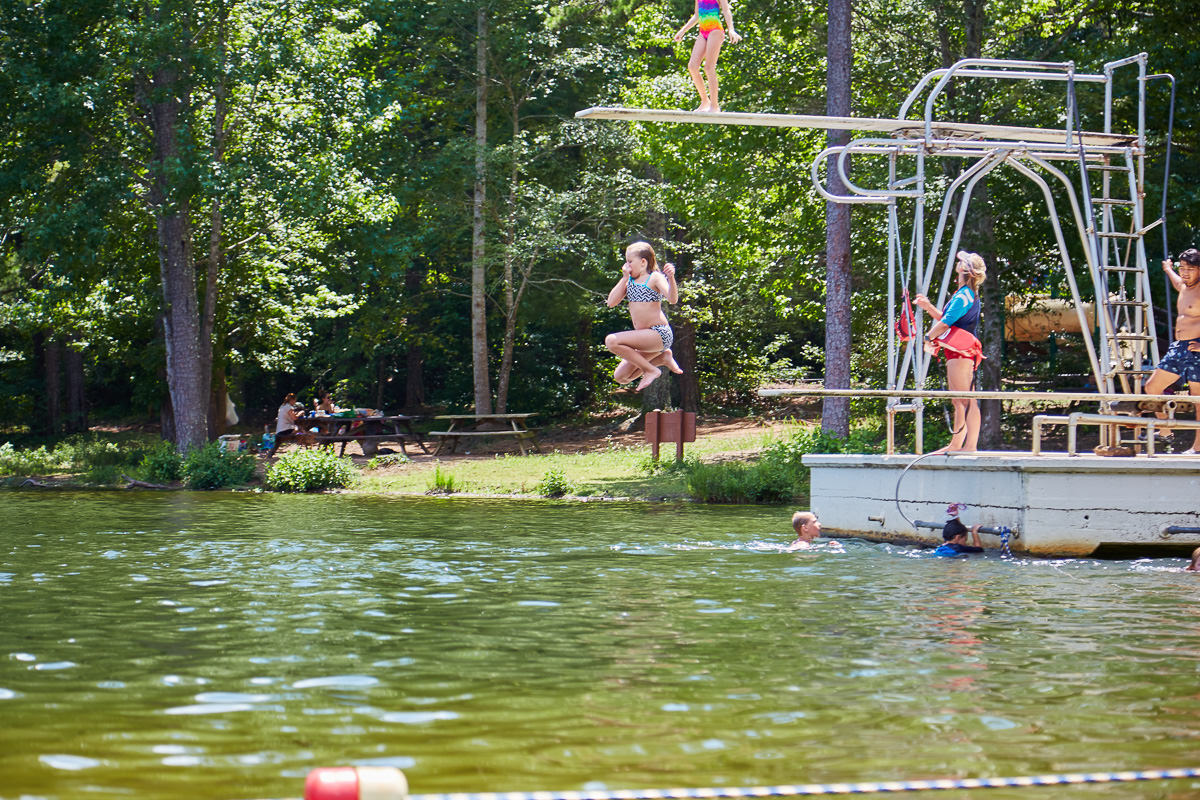 She wanted to try the high-dive and asked us if she should. We told her we doubted she could actually do it (kidding. We did not doubt her.). She got up there, looked around, and jumped right off, then swam over and told me I had to do it as well, so we did that a few times (thankfully there are only pictures of her doing it). 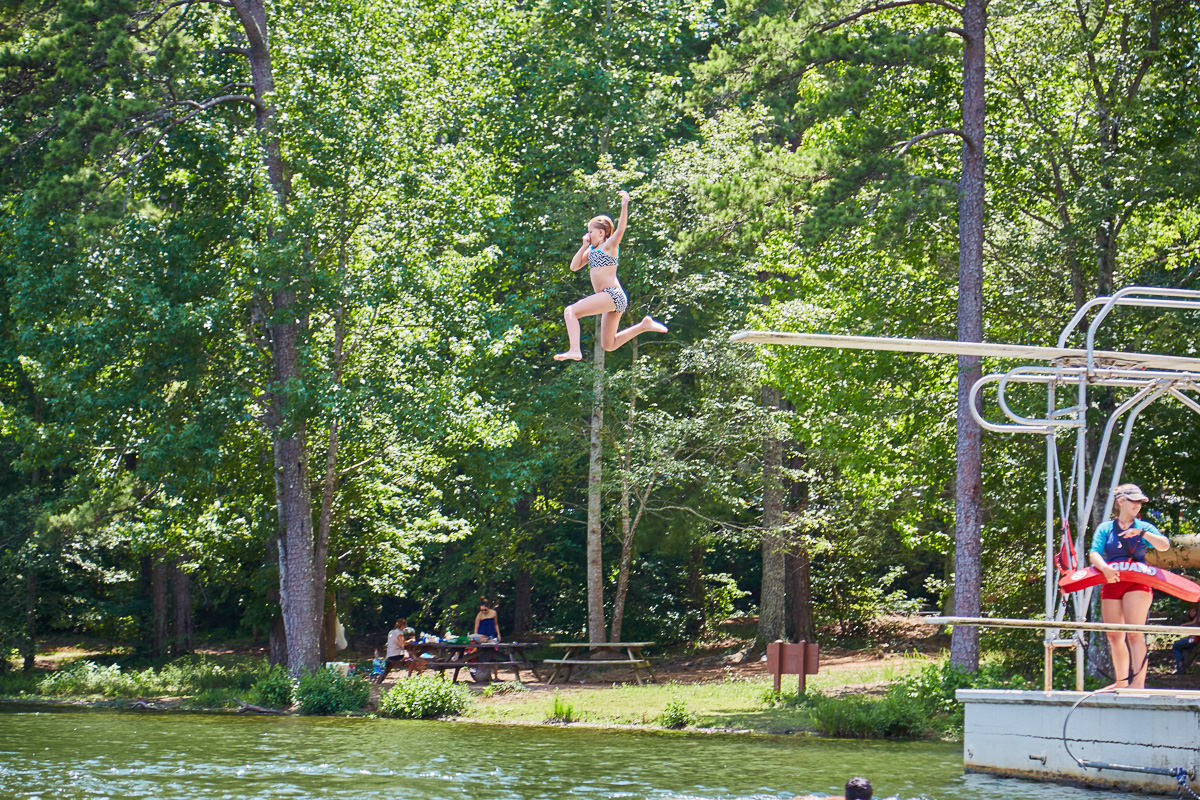 We had a great day, and when we decided it was time to go, Rachel was literally dragging kids out of the lake: 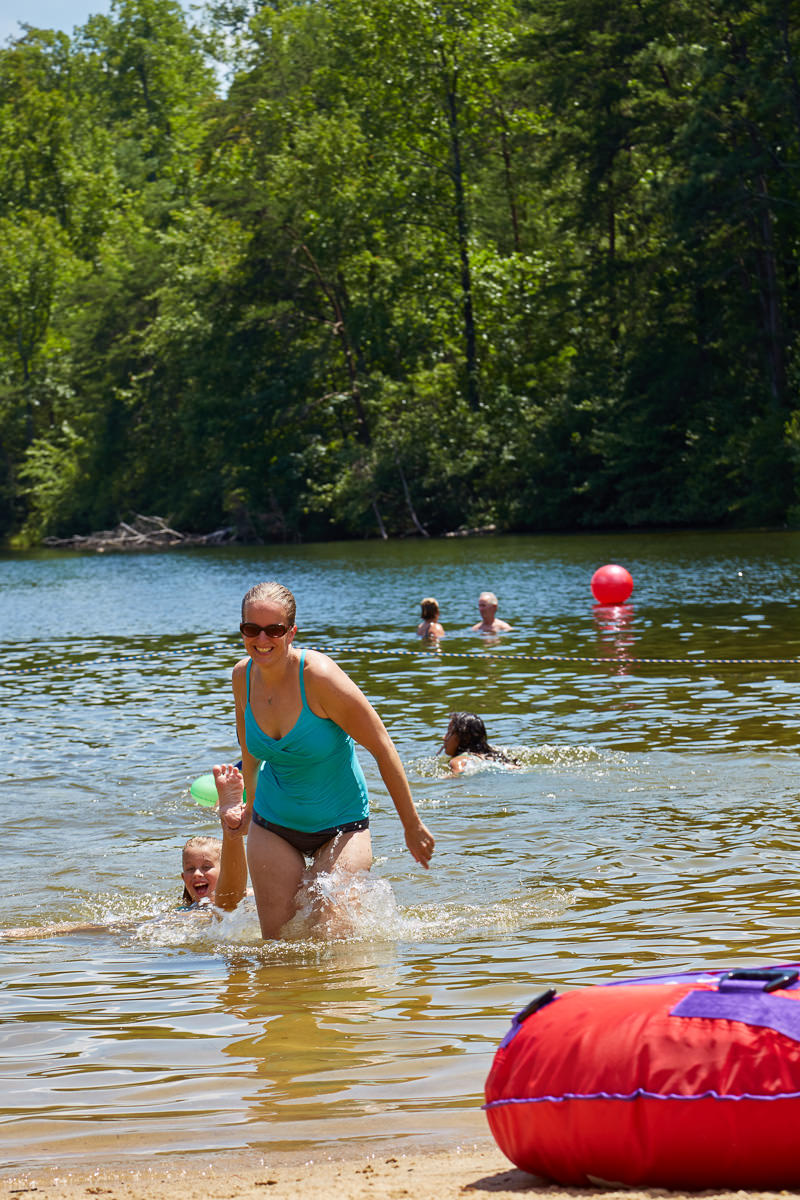 Even though we didn’t really hike on this day, I introduced them to my post-hike routine, which means we hit the amazing Mexican restaurant La Reata on the way home. Fajitas are my “stranded on a deserted island” food, and these are the best fajitas I’ve ever eaten. I’m here every weekend since I discovered the place, and I had a moment of pride when I arrived last week and was asked, “You don’t need a menu?” as they seated me. #ihavearrived 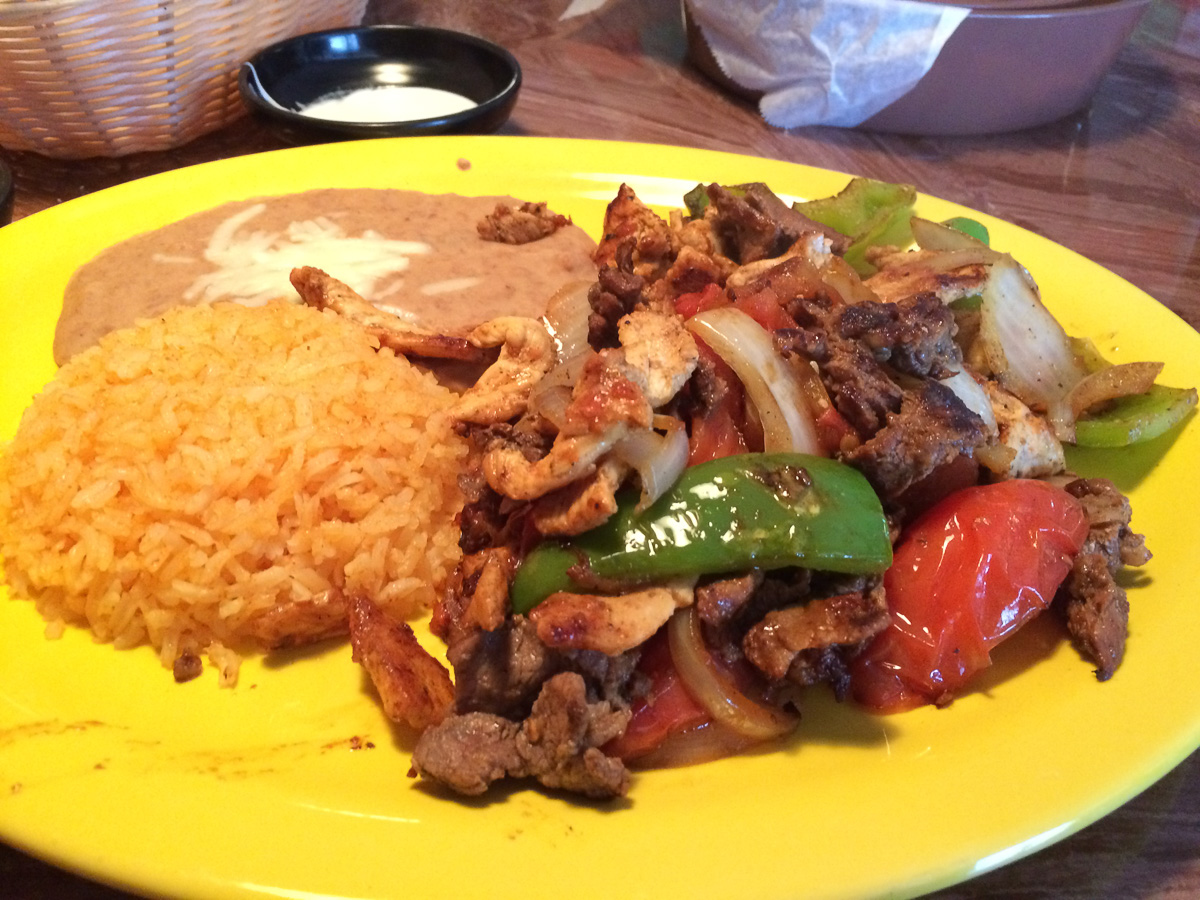 Like many of the Mexican places down here, you’re served chips and bean dip (not salsa) when you’re seated, and they also have a salsa bar (another common thing Down Here). The salsa bar at La Reata includes something called “Mexican Sour Cream”, which combined with lime juice, diced onions, and cilantro (all available on the salsa bar) makes the most incredible fajita topping.