Remember back when all you could buy in Michigan were sparklers, snakes, spinners, and snap n pops? A road trip to Shelton Fireworks or the like was mandatory for a decent home fireworks display.

The game has changed

In an attempt to stop losing revenue to explosion-loving border states Ohio and Indiana, Michigan changed its fireworks law in 2011. Now, everyone is a pyrotechnic expert – including to some degree, us. With the 4th falling on a Friday this year, that gave us several days to share detonations with the neighbors and the town, so we hit the fireworks store early in the morning and blew $60 letting the kids pick things out. See, everybody’s an expert. 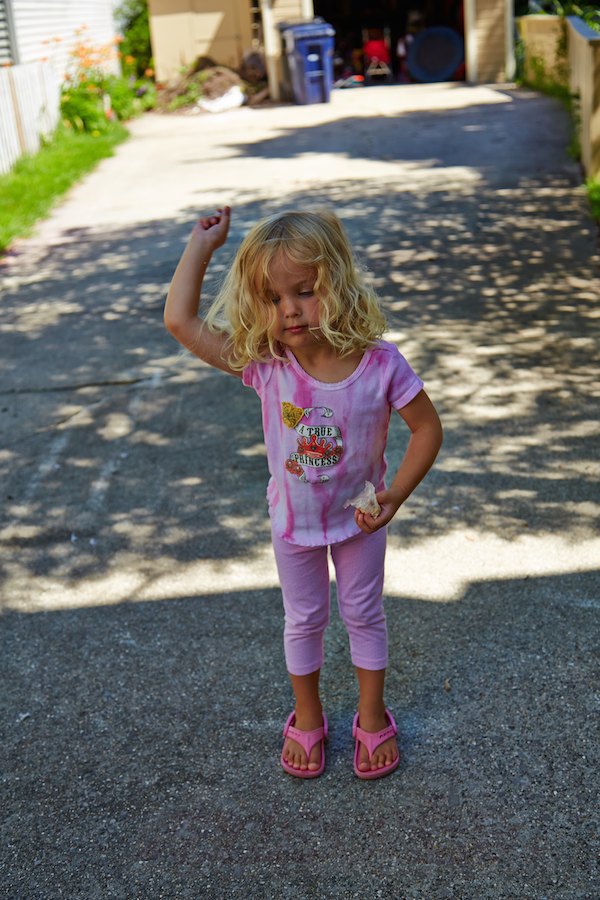 The girls began the morning with whippersnappers/snap n pops, which Leah demonstrates above. The actual fireworks we purchased were pretty tame, with few things that fly in the air. The girls were very entertained with sparklers, at least until Leah barefooted a spark in the grass and gave herself a nice blister on the foot. 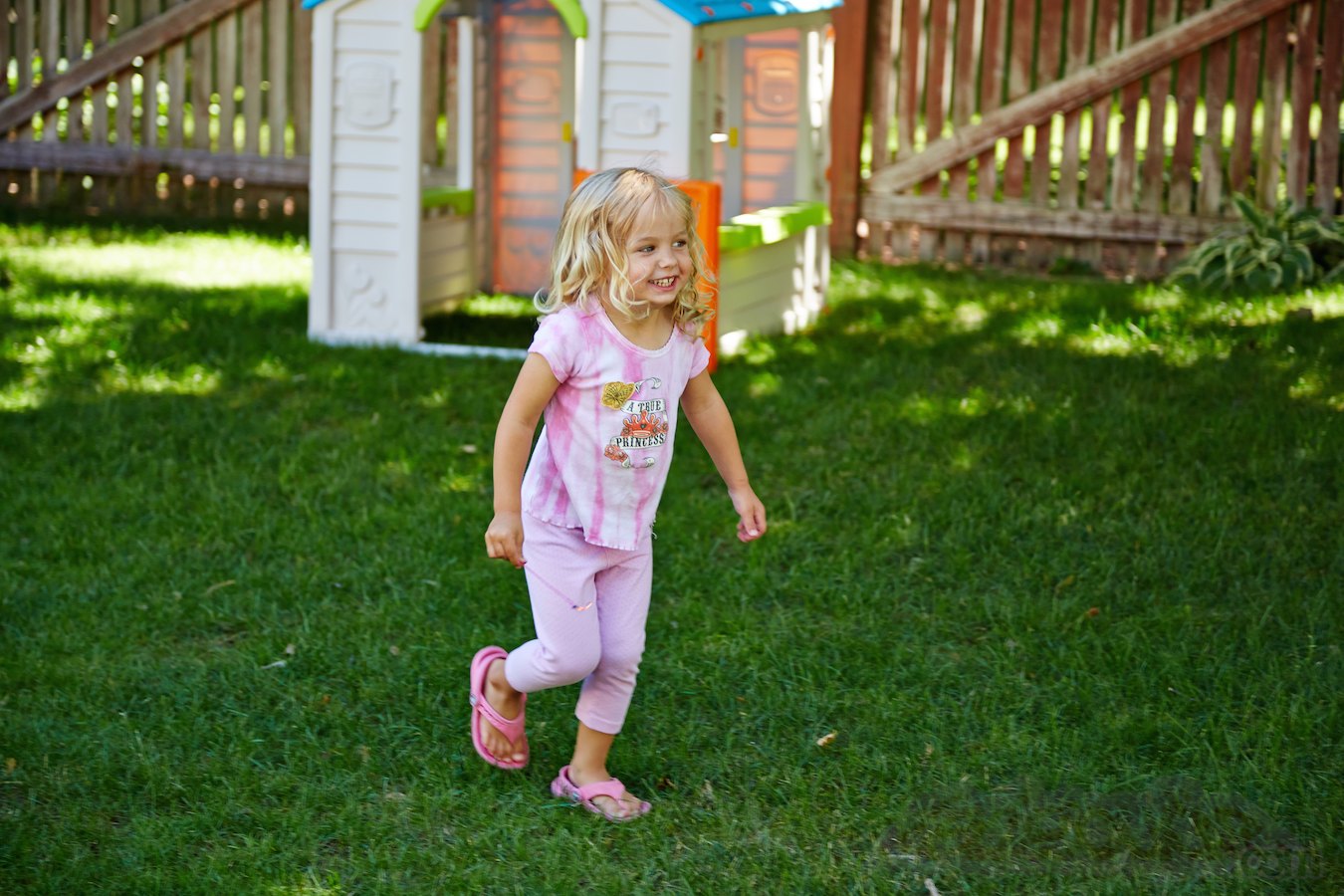 You’ll note that she followed our earlier advice to wear shoes with sparklers the second time around. 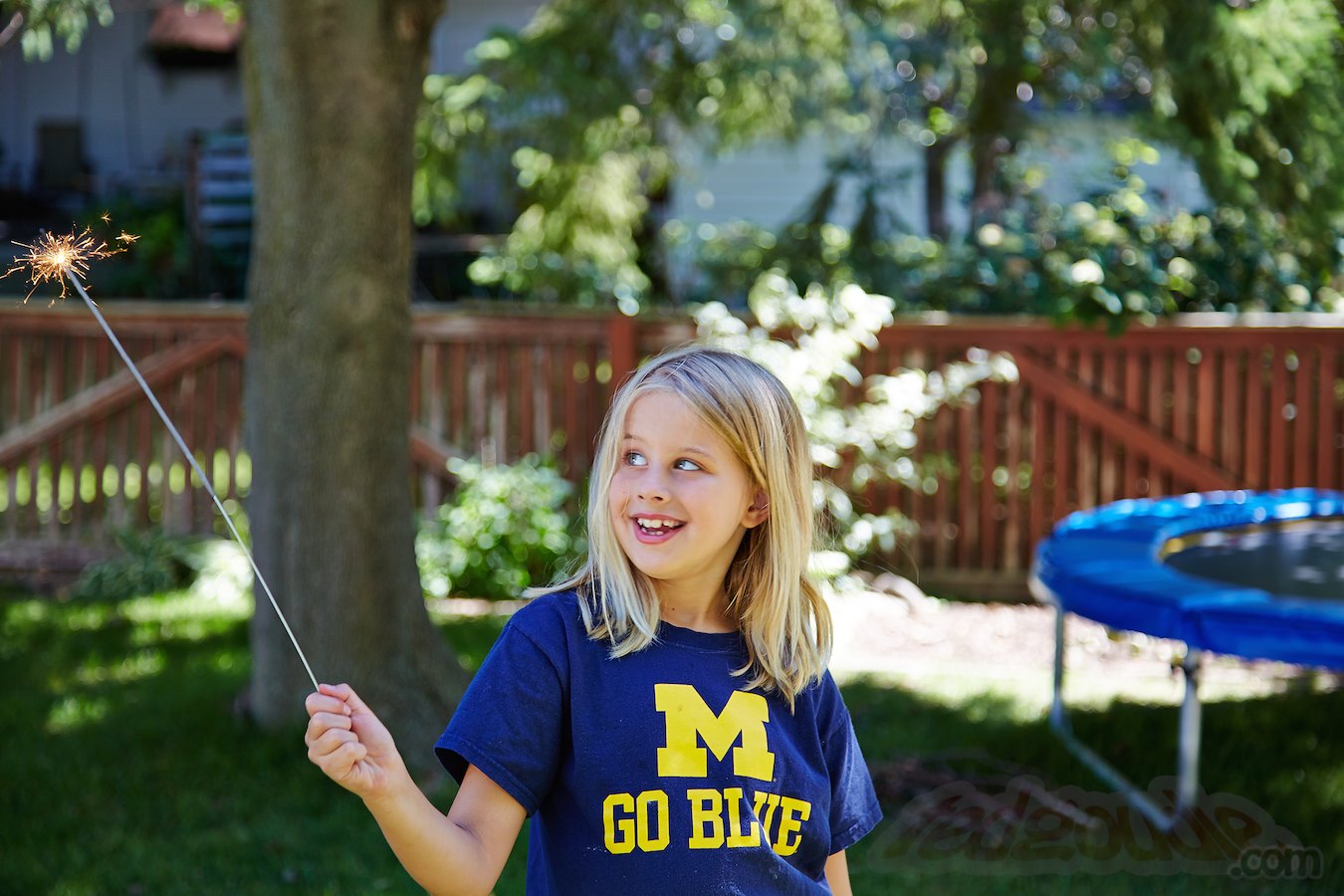 We also purchase a bunch of party poppers, which I remember from my youth. I don’t, however, recall putting the streamers that come out in my hair, and no one can produce a picture that shows otherwise. 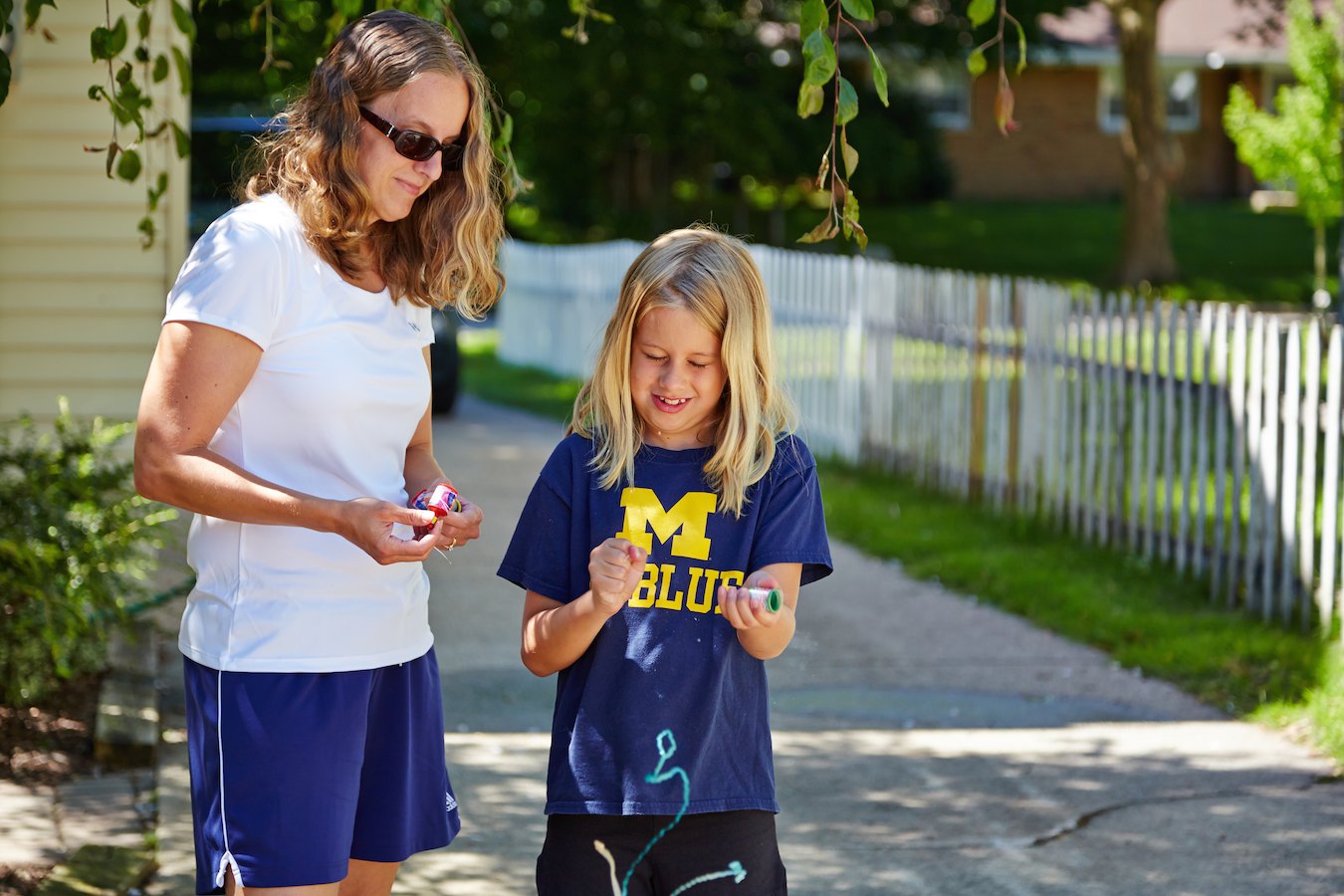 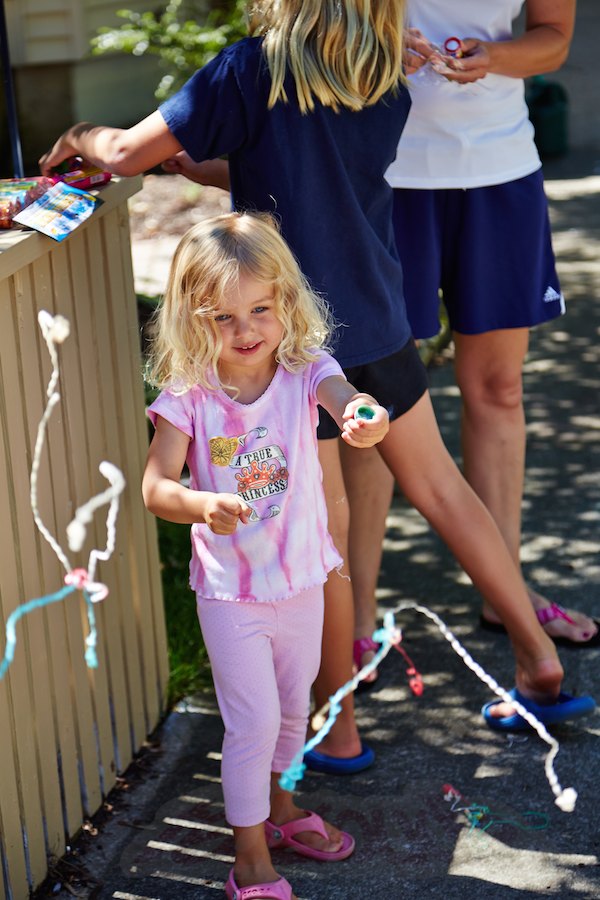 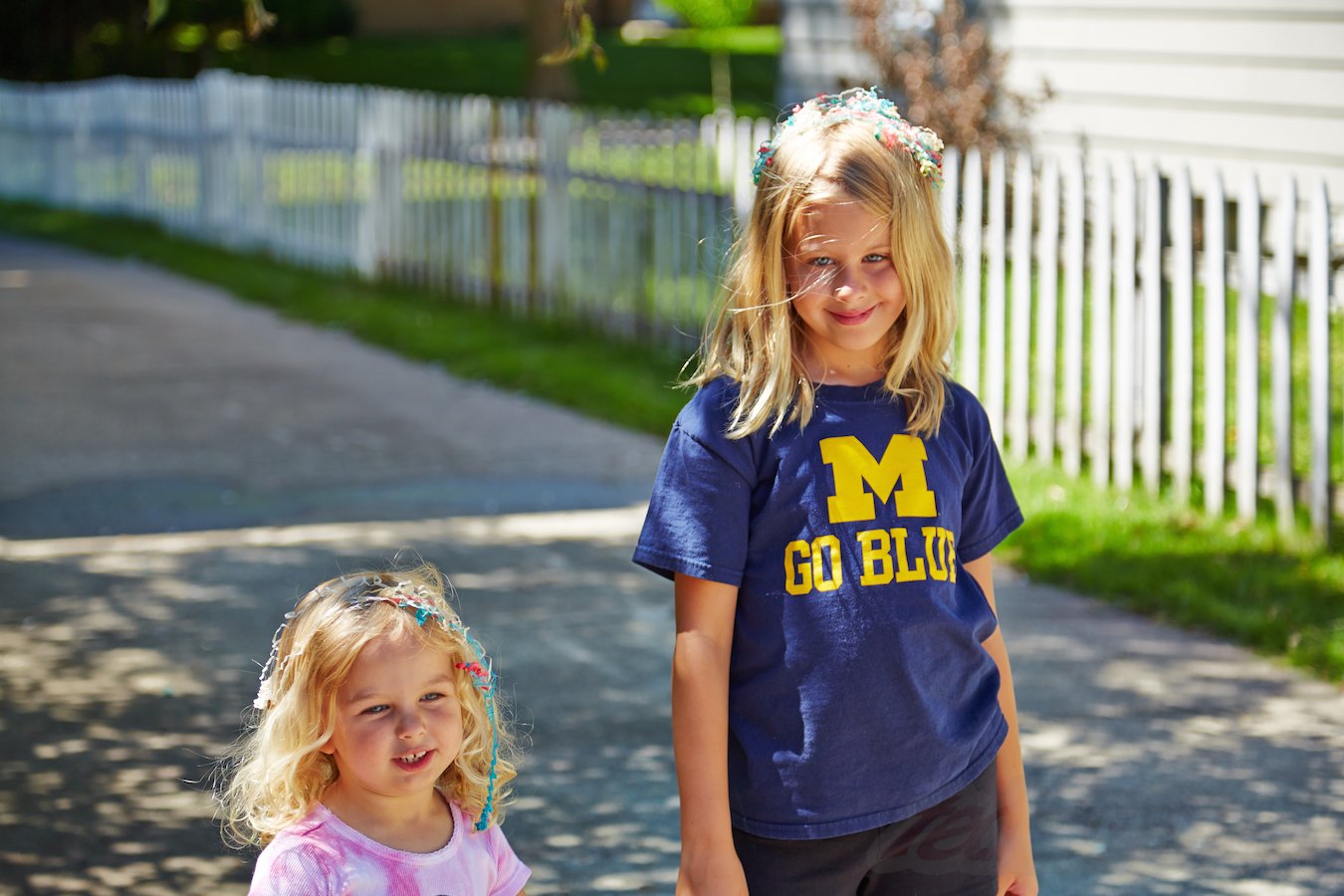 On to smoke bombs

The girls had picked out a wide variety of smoke bombs at the store, and Leah was excited to try them out! 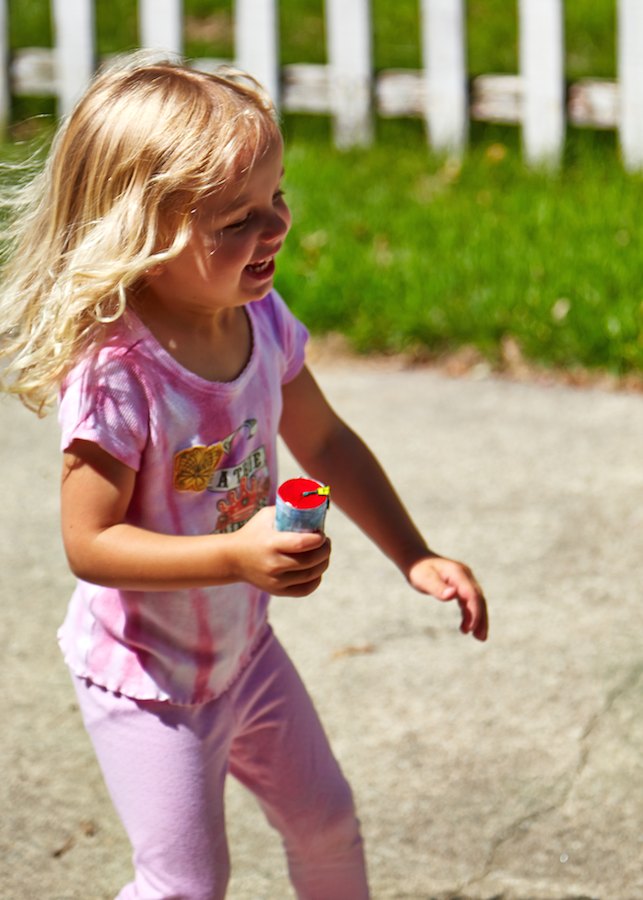 We had a wide variety of colors and even combined a few, which the girls loved – especially Leah. 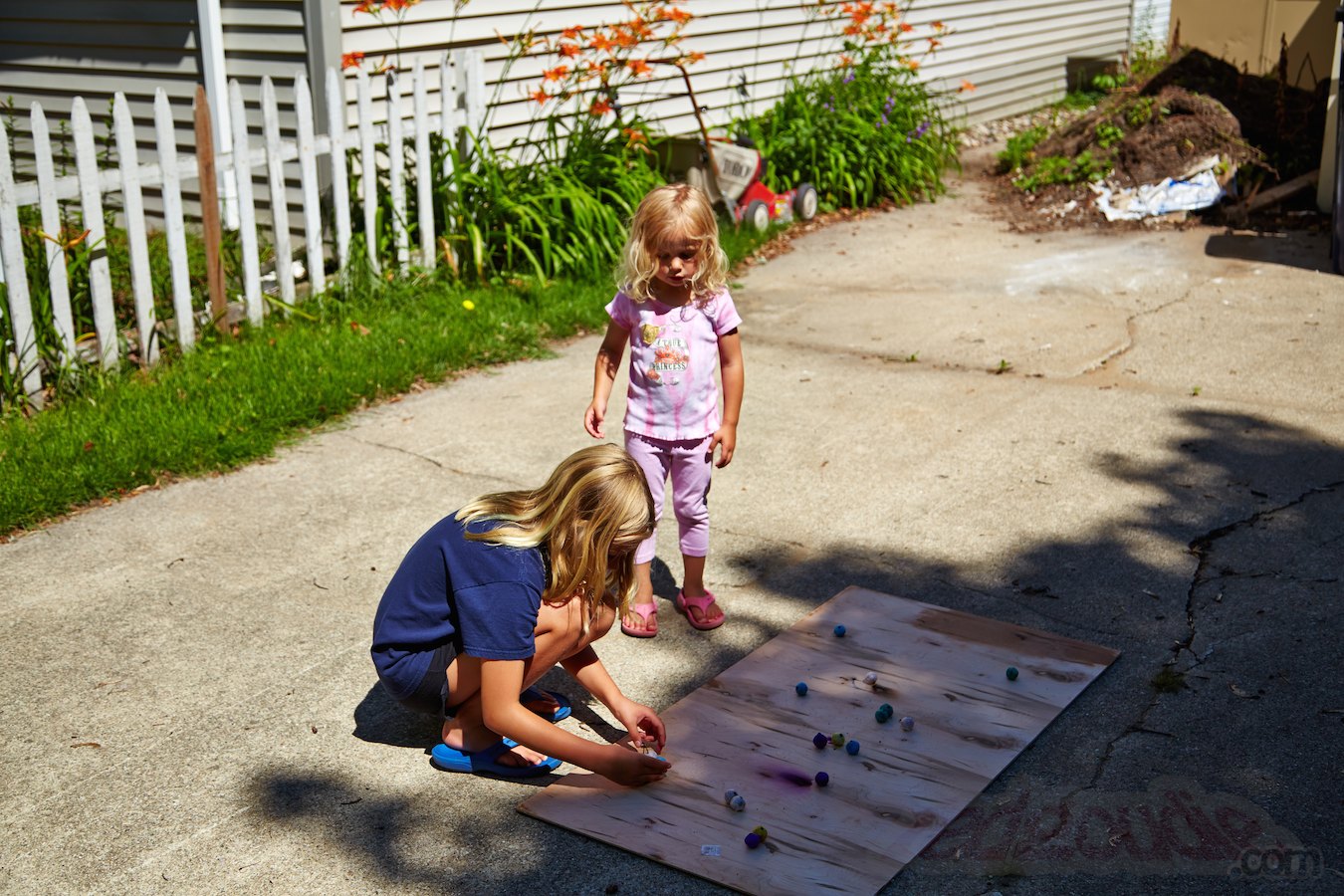 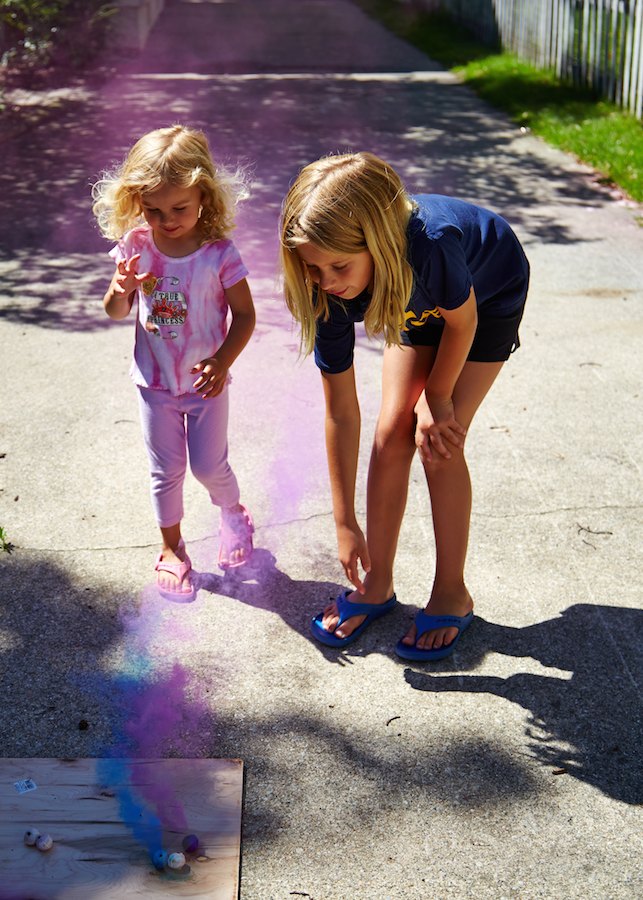 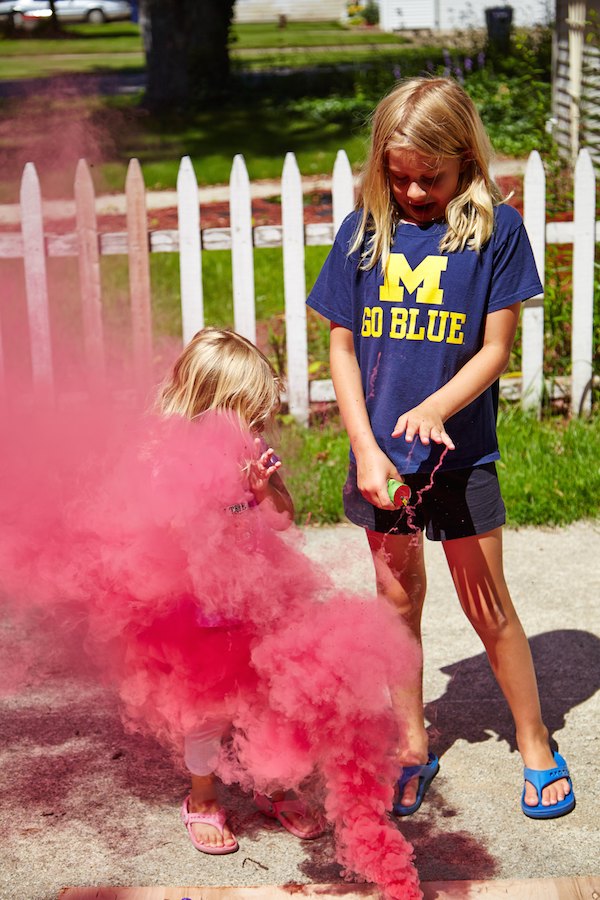 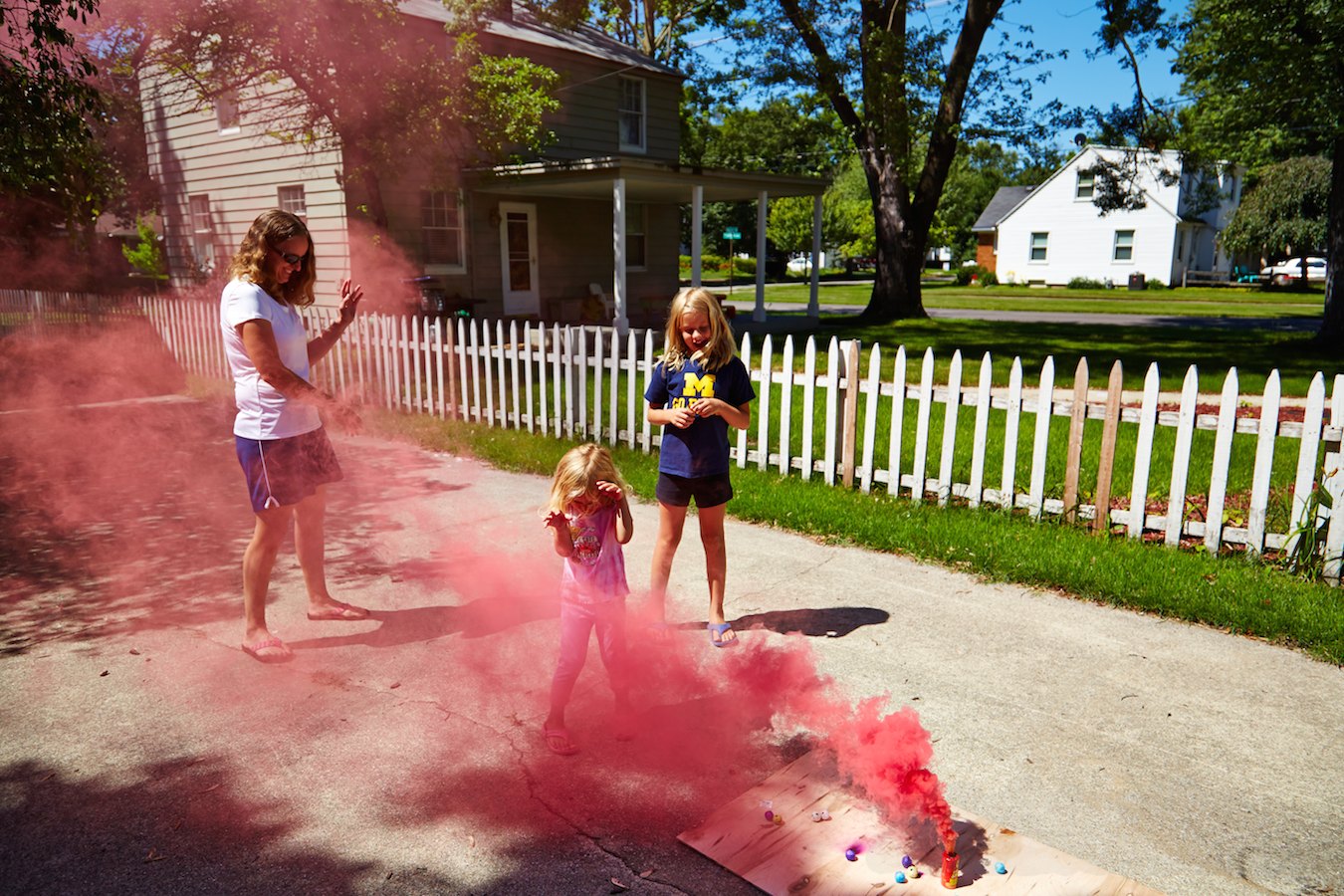 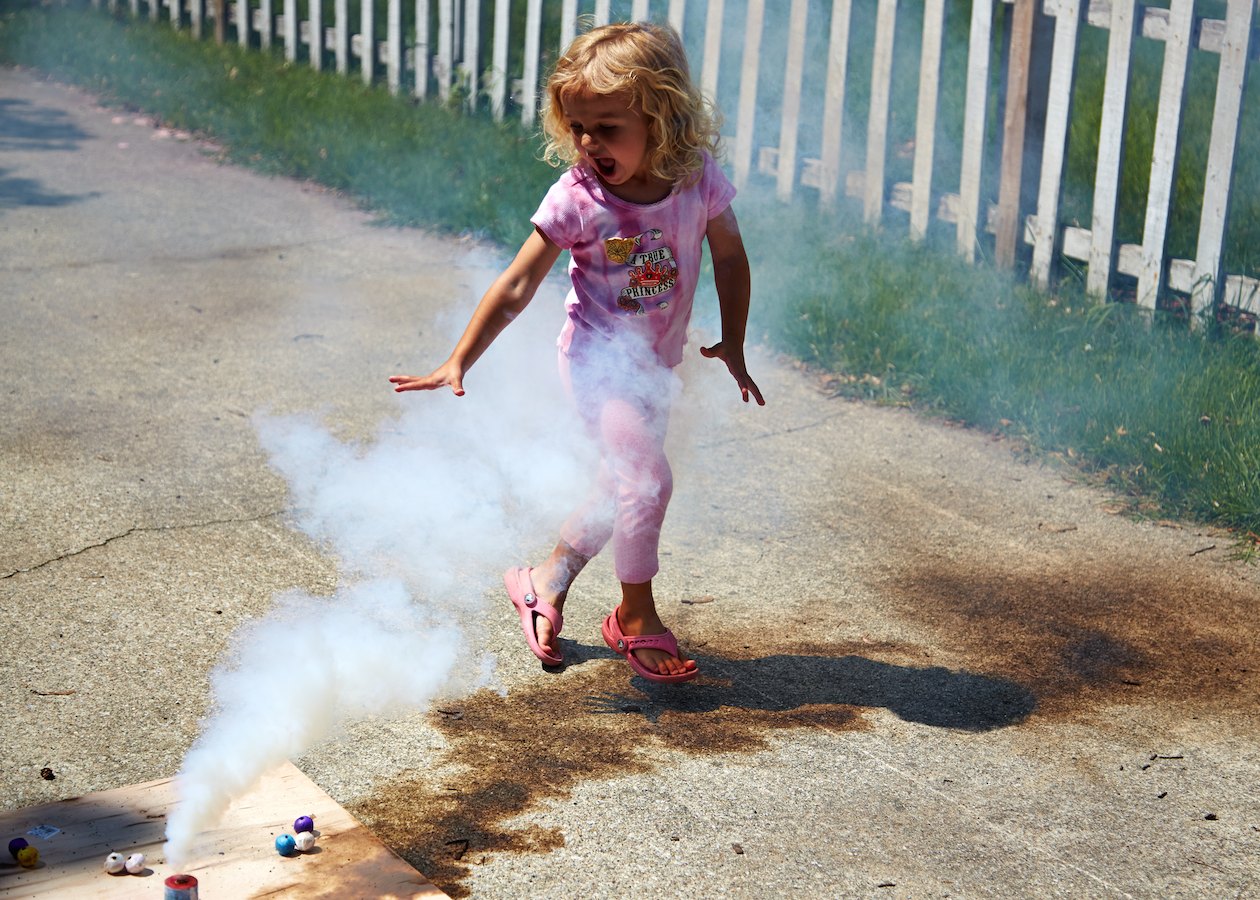 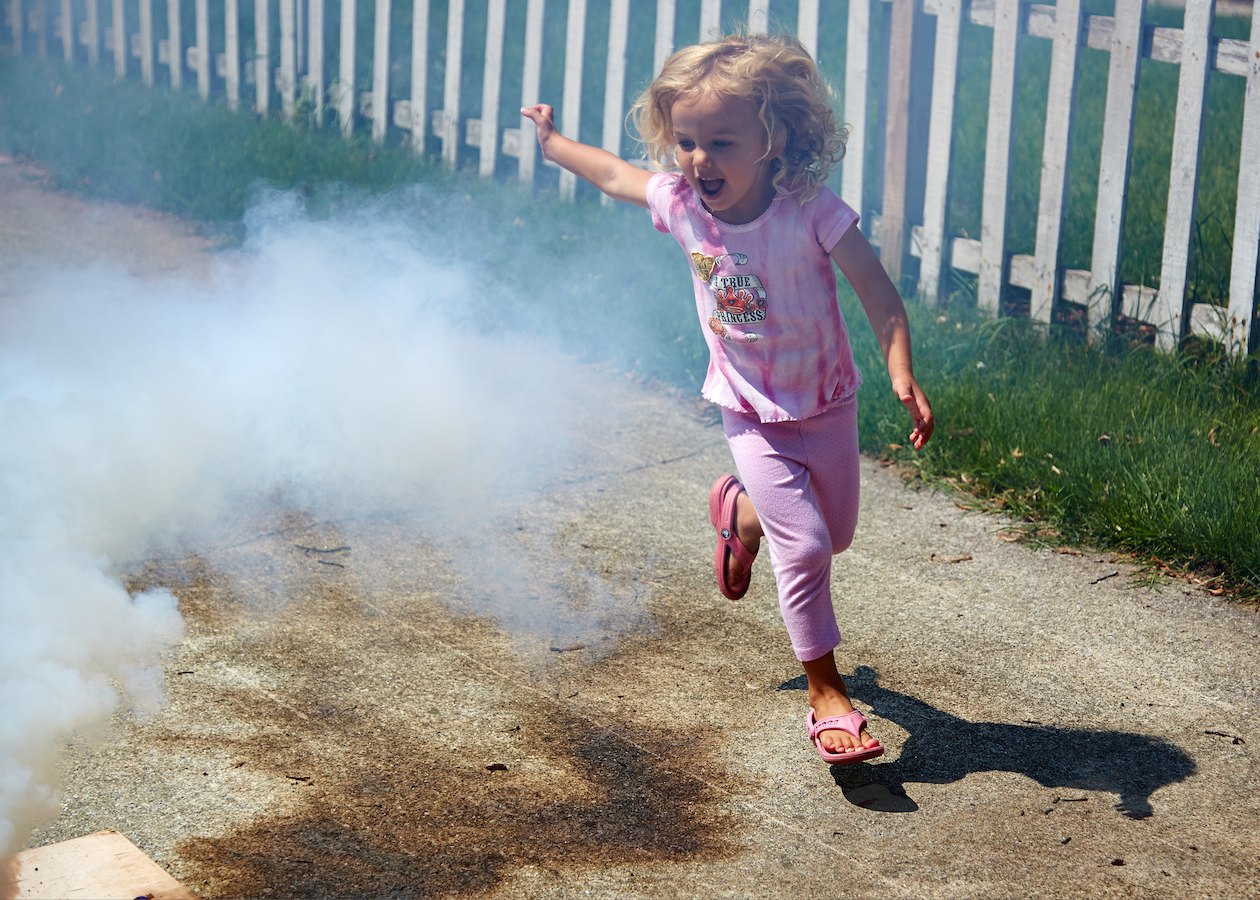 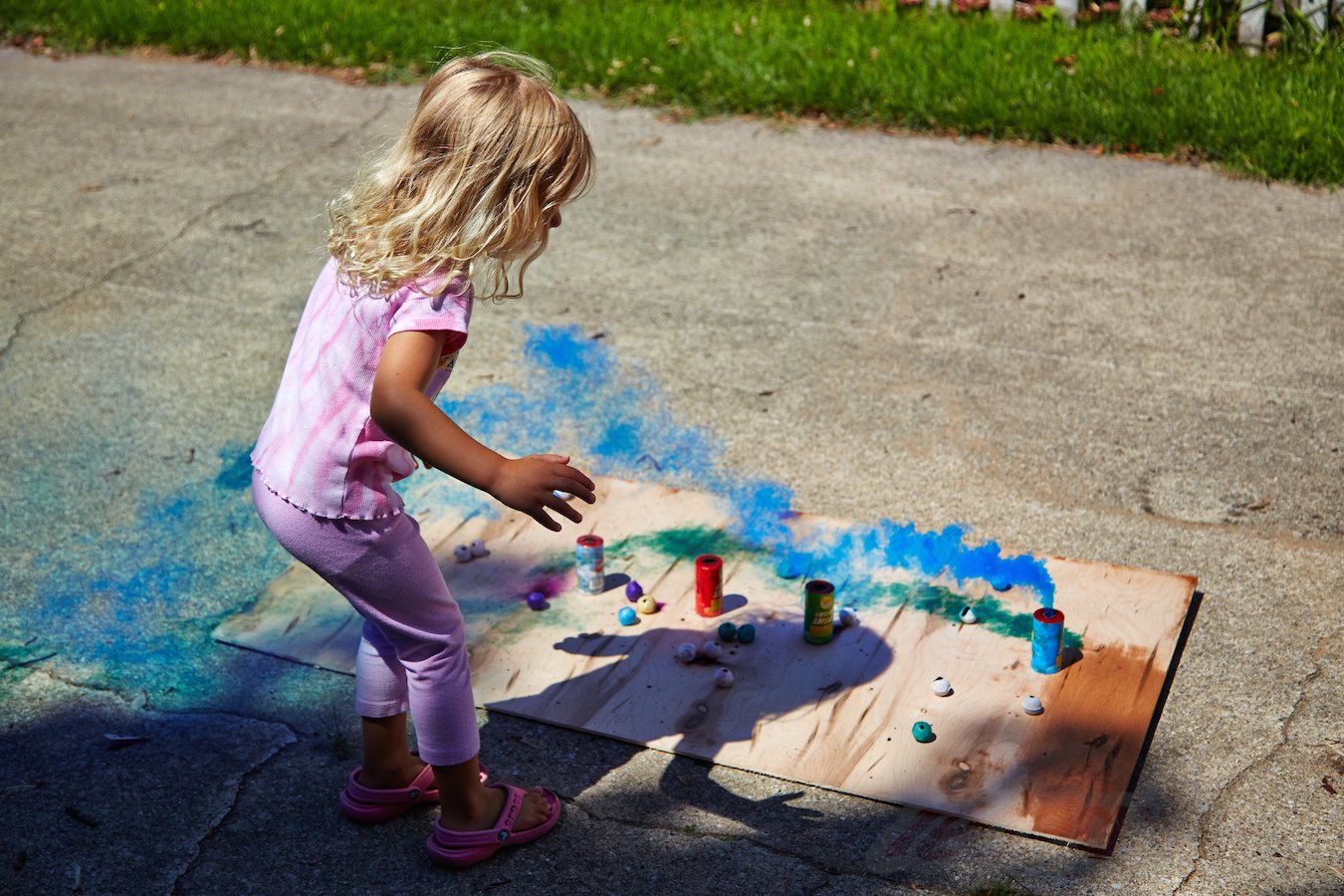 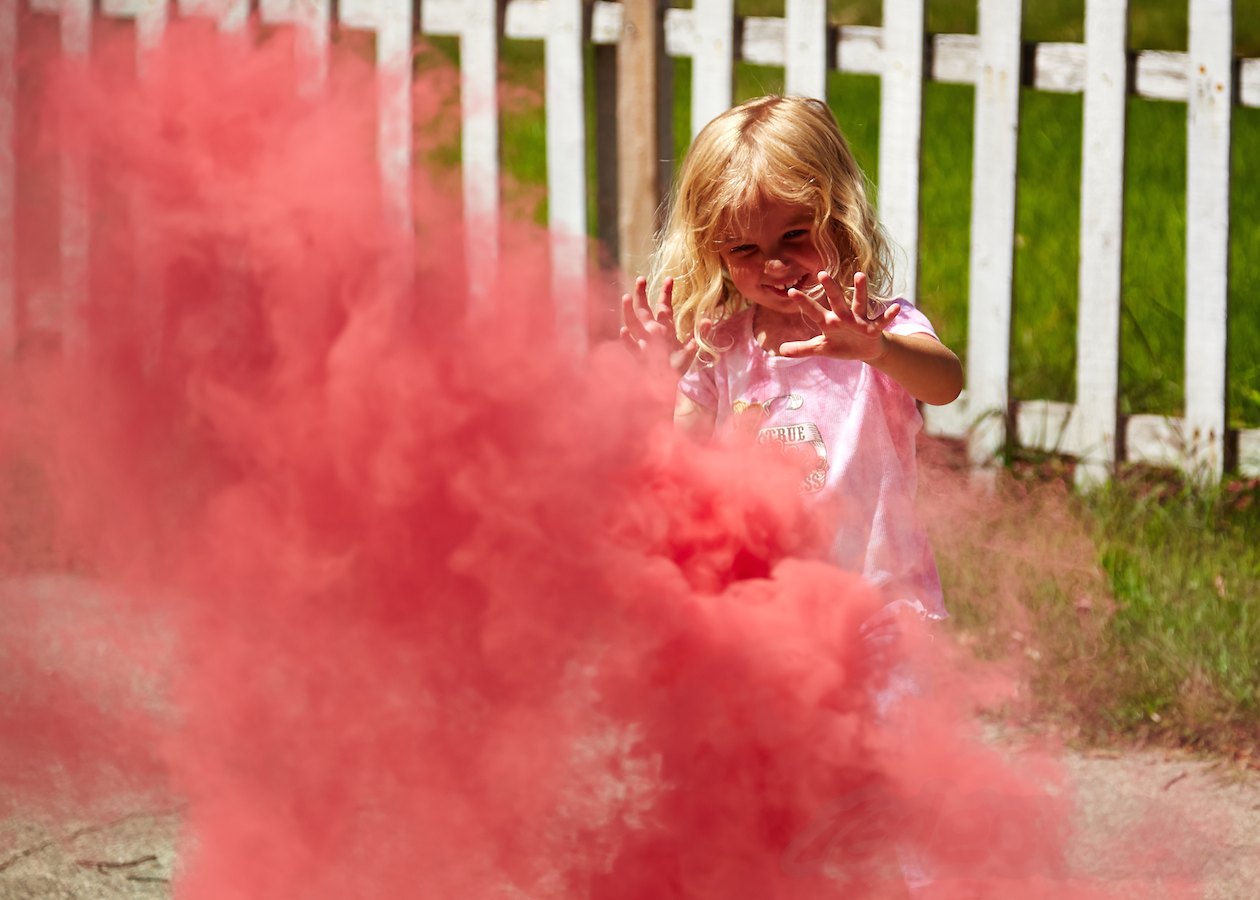 The entire driveway was fairly smoky throughout this time, as you might imagine. 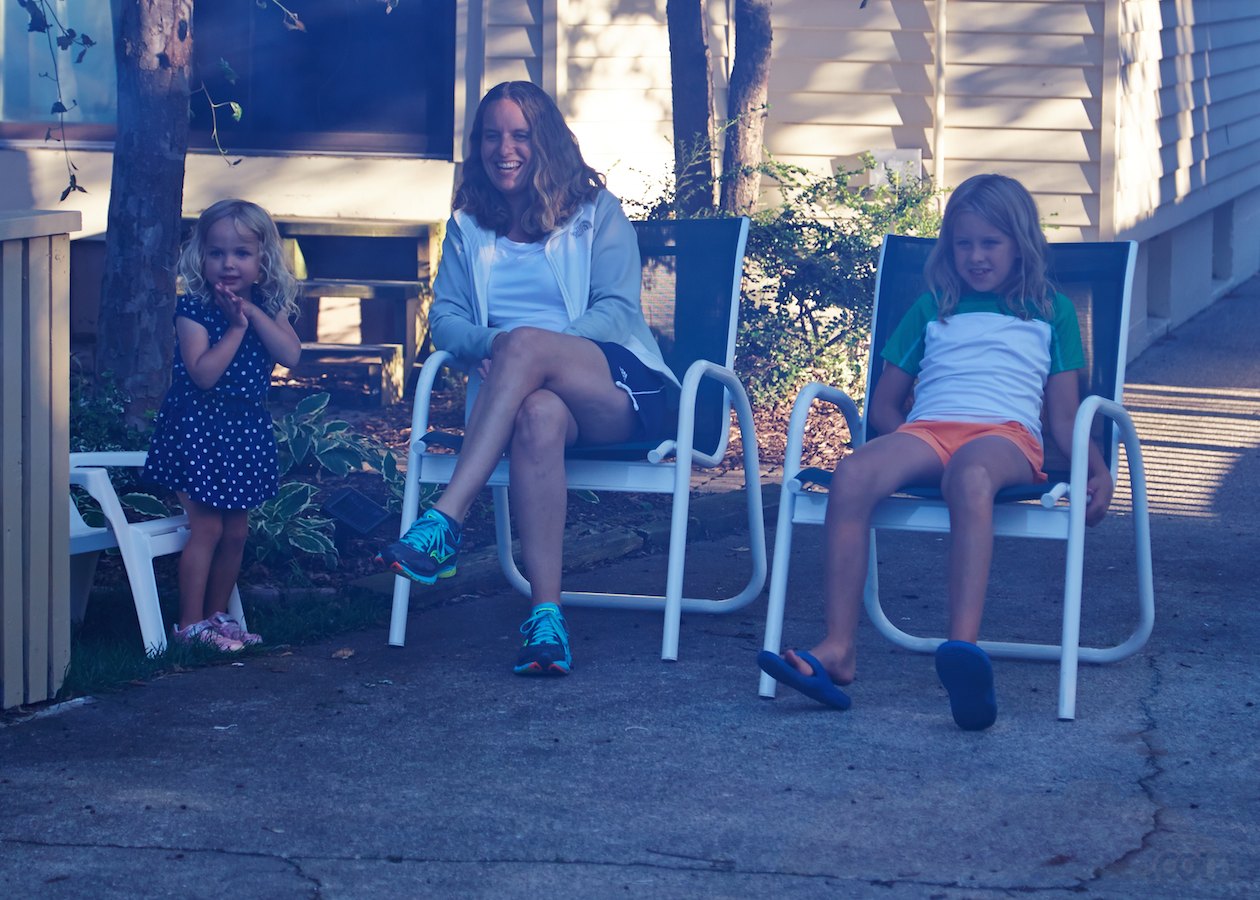 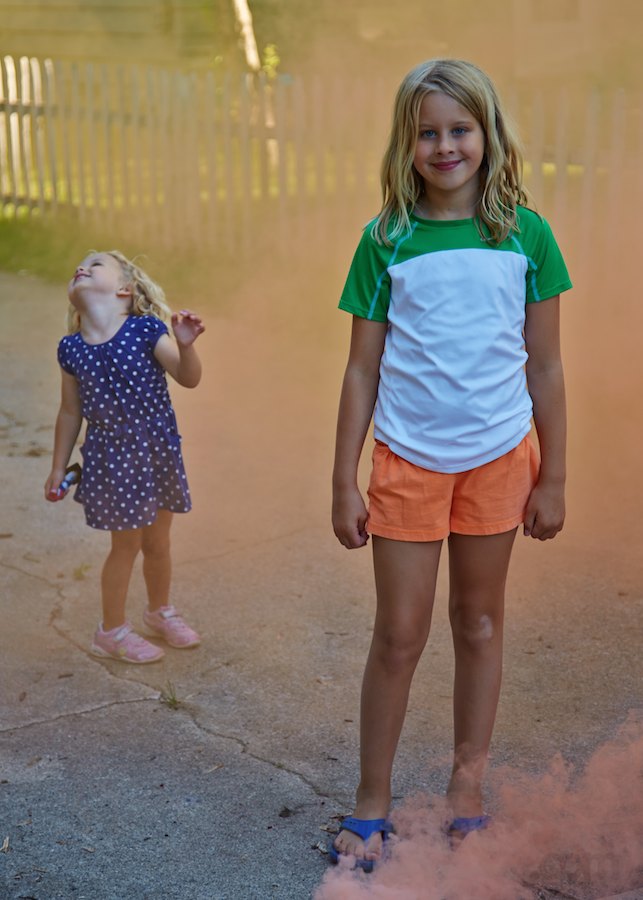 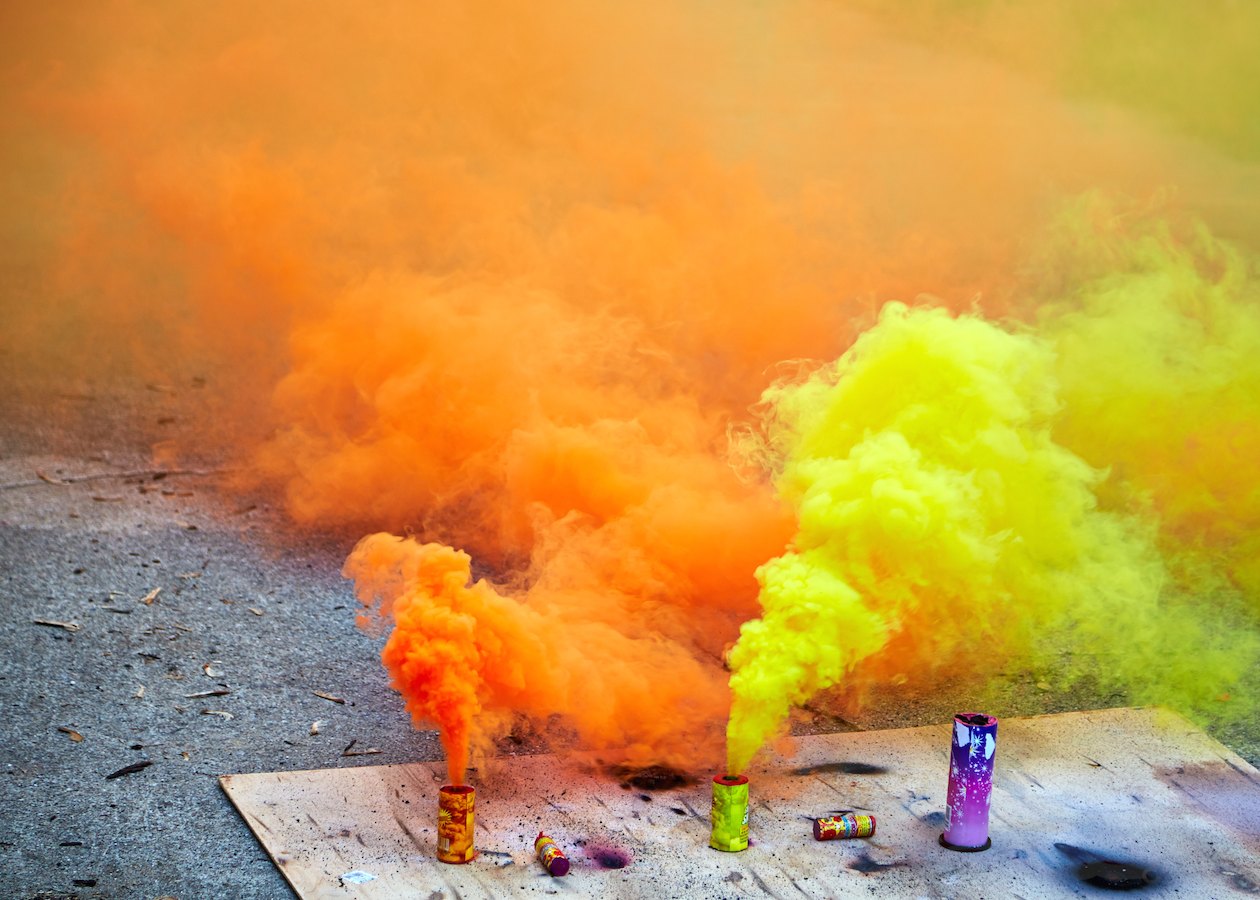 And now things get weird

During the twilight, while lighting off some spinners, fountains, and roman candles, the girls maintained a safe distance down the driveway. Aly for some reason decided that this posture is what would protect her from fireworks: 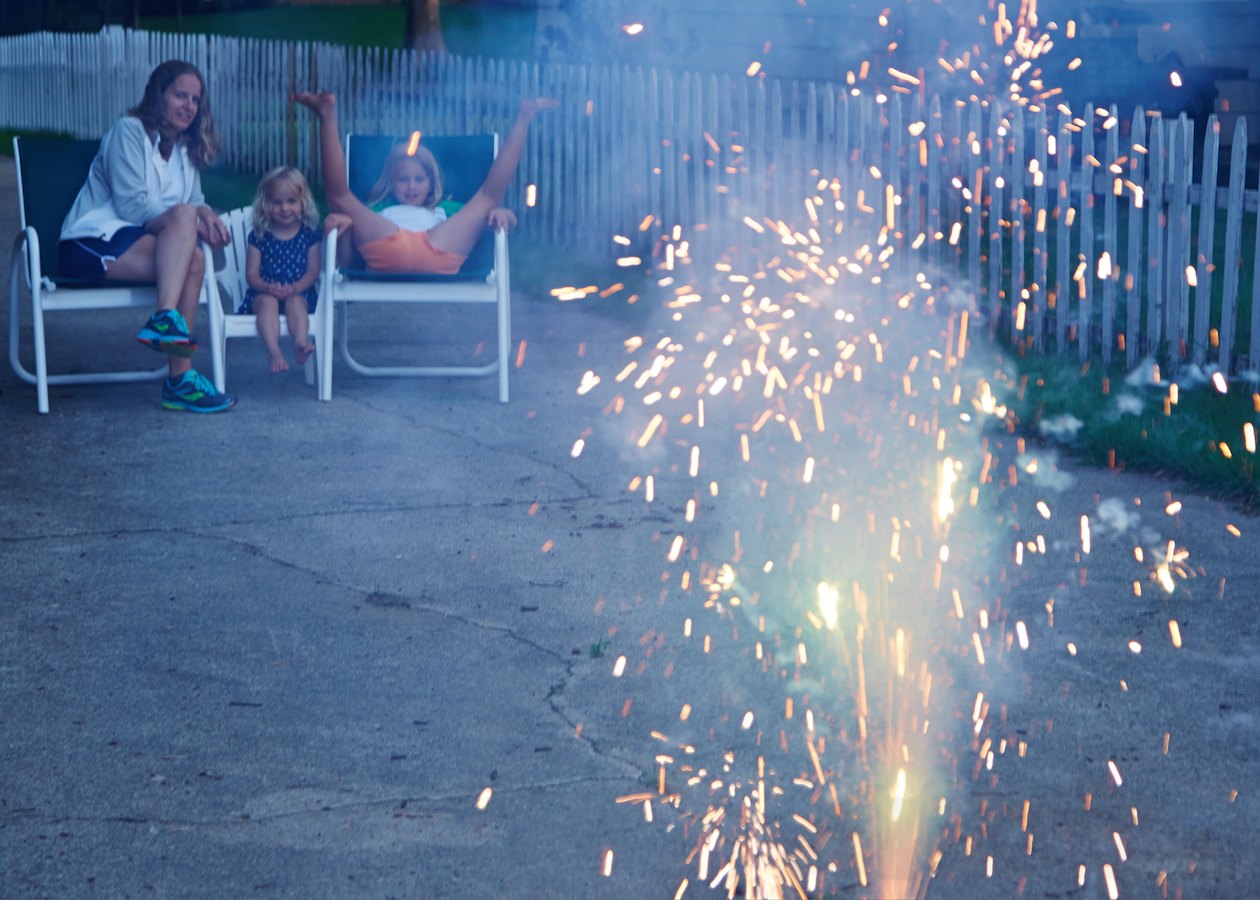 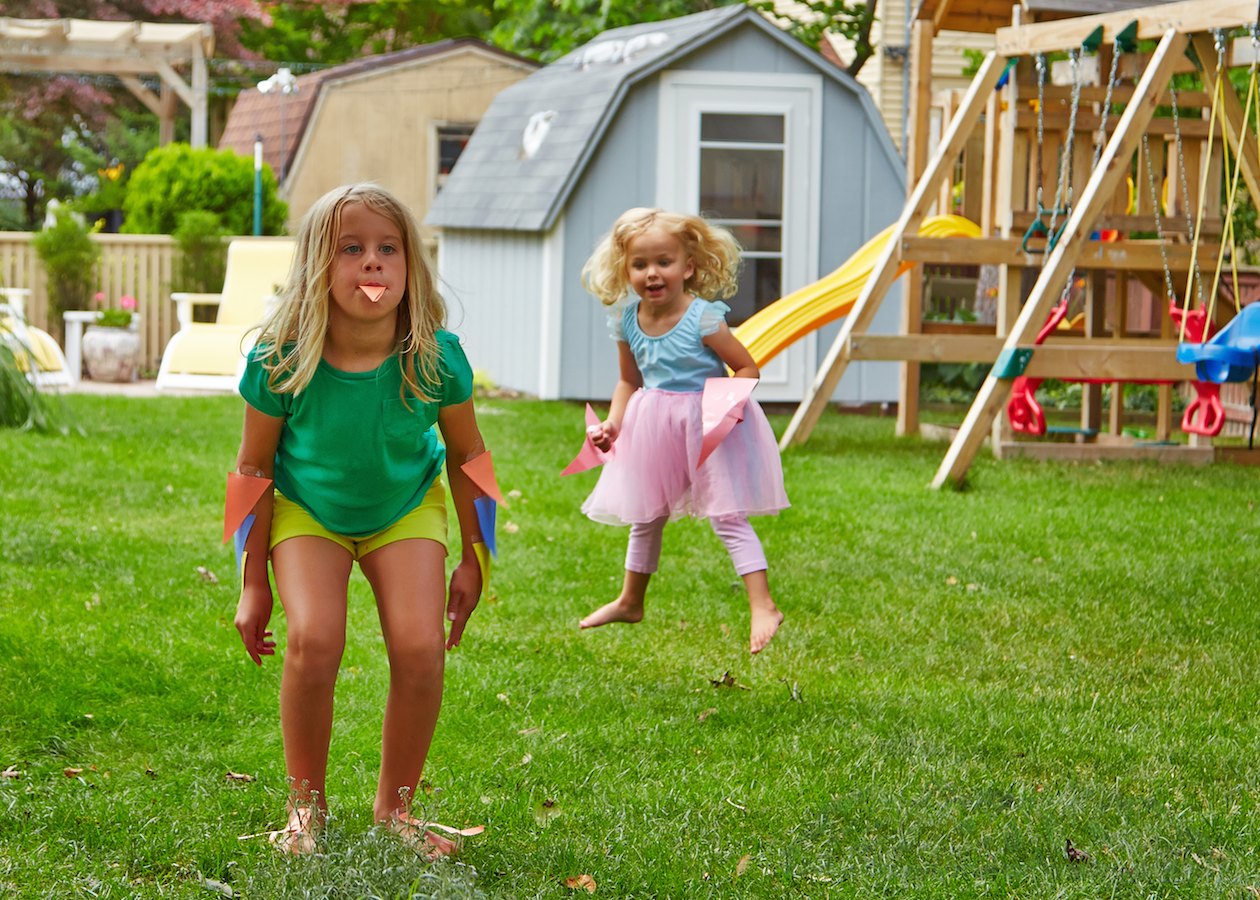