Predictably, it begins with Leah taking over

Since Aly started her Tae Kwon Do adventures this summer, Leah’s been rather entertained by the whole thing and has taken to several of the ‘Master’ instructors. We arrived a bit early for Aly’s belt promotion ceremony (her first) and took seats along the side of the gym. Leah quickly spotted the instructor she likes to talk to the most (‘Master Sidney’) at the front of the room with the other instructors and started hollering at him: “Sidney Mickey! Aly needs a new belt!” over and over. We were absolutely dying, and had no idea why she was calling him ‘Sidney Mickey’ instead of ‘Master Sidney’, but after a couple minutes, we told Aly to take her up front so that Leah could take Master Sidney directly instead of shouting across the room.

Aly took Leah by the hand up where the Masters were chatting and it took a few tries for Leah to get her message across to Sidney, but they were all cracking up by the time they figured out what she was saying. Oh, and she took her singing picnic basket up with her. 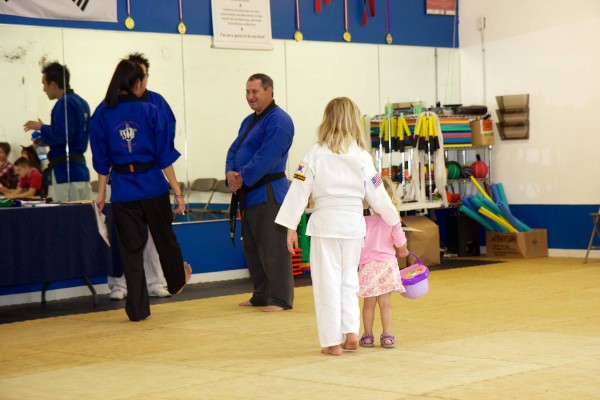 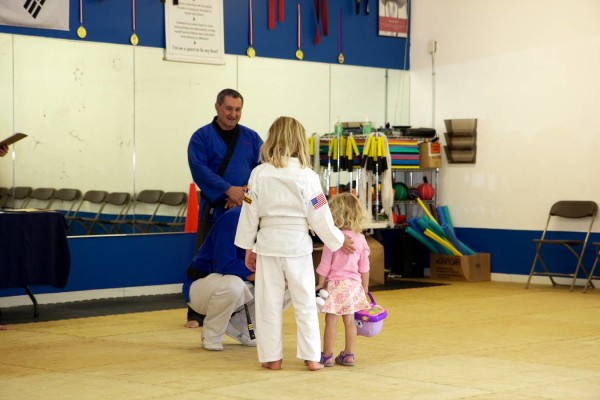 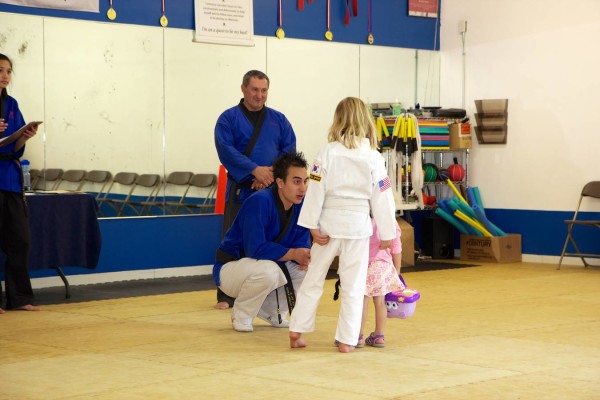 Shortly after that, the white, yellow, and orange belts were put through their forms and then various blocks, kicks and punches. 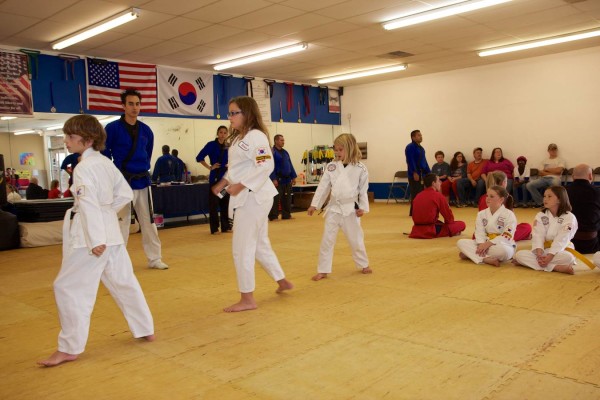 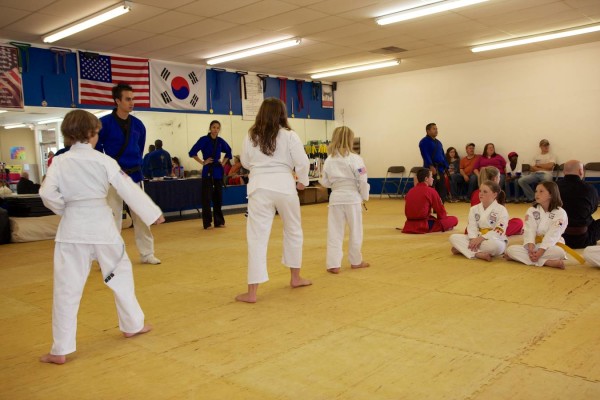 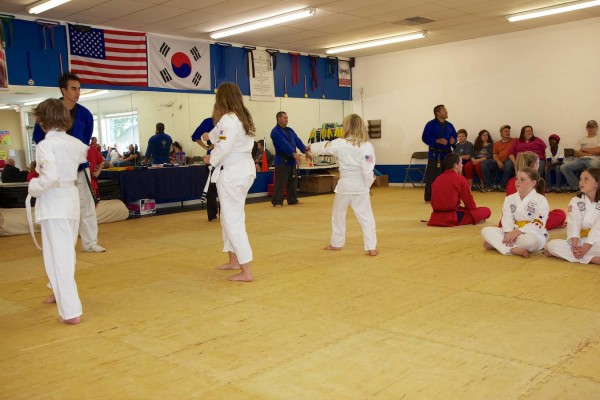 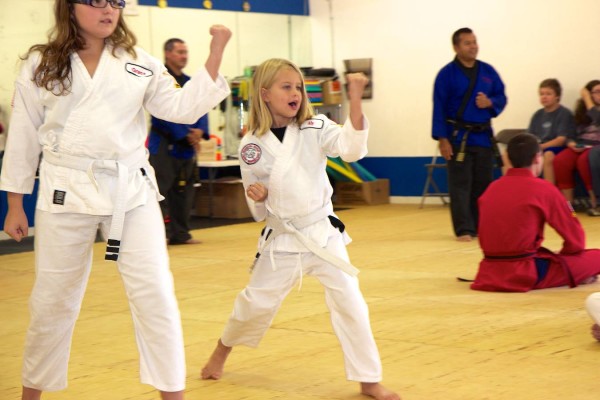 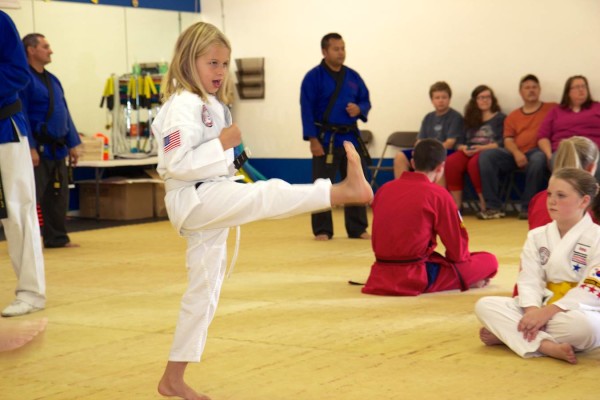 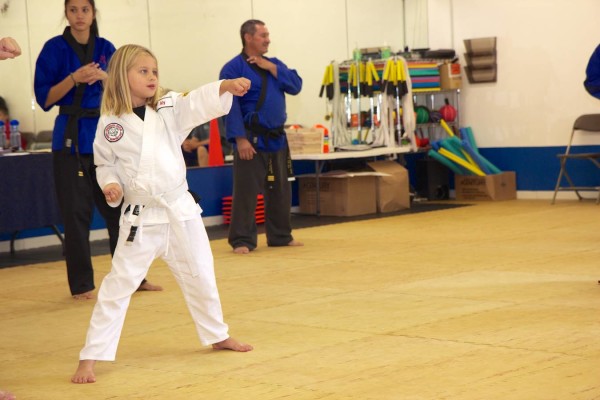 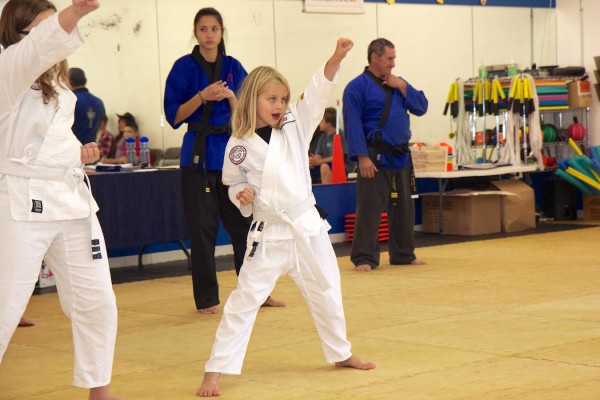 With the tests and demonstrations of technique complete, it was time for Aly to receive her yellow belt and replace her white belt. 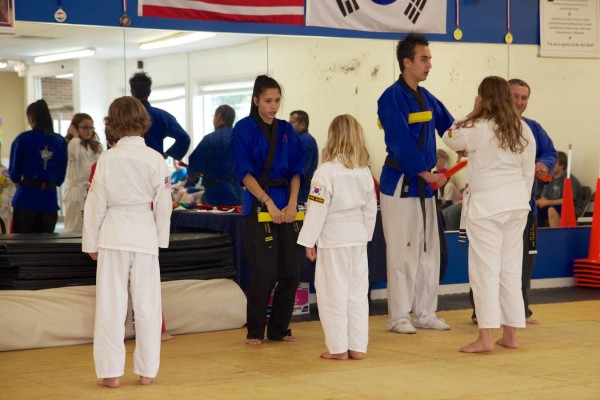 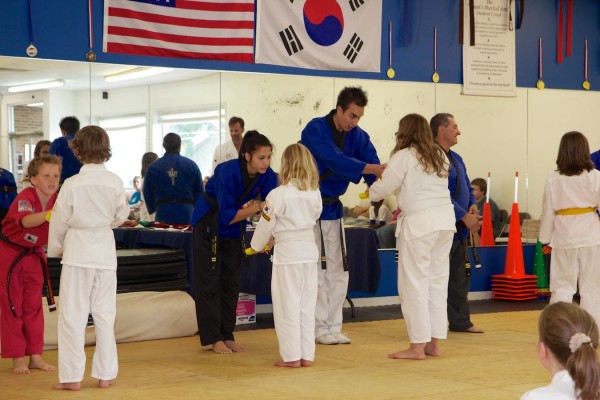 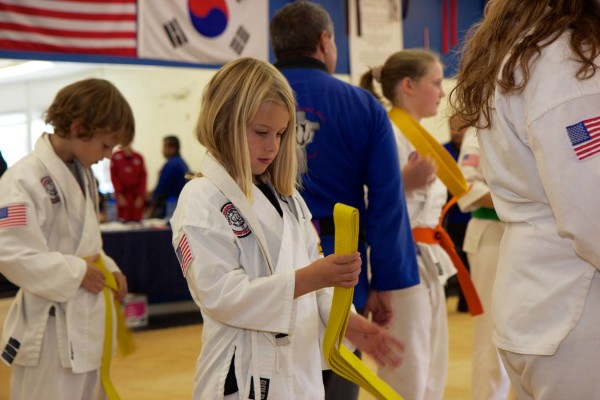 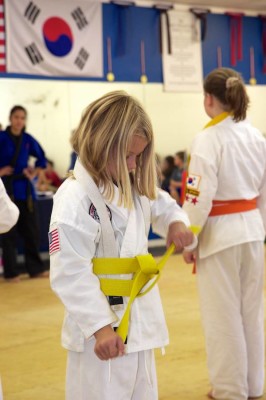