During my September visit to Michigan, we had good weather most of the time, which meant lots of time enjoying the outdoors. This is basically a post for Grandma Jan – 90% pictures of the girls.

Stop me when I’m passing by

Like most children, the siren song of the ice cream truck hits Aly & Leah like a double espresso. My typical response as soon as I hear the obnoxious music is to shout a general “NO” for all nearby children to hear, but this time was a yes. This guy has been ice cream trucking our neighborhood for a few years now, and he’s an interesting character. When he saw that I had a camera, he said that he wanted to make sure that I got good pictures of him with the girls and basically directed them and me to make a good picture. It was kind of cute. 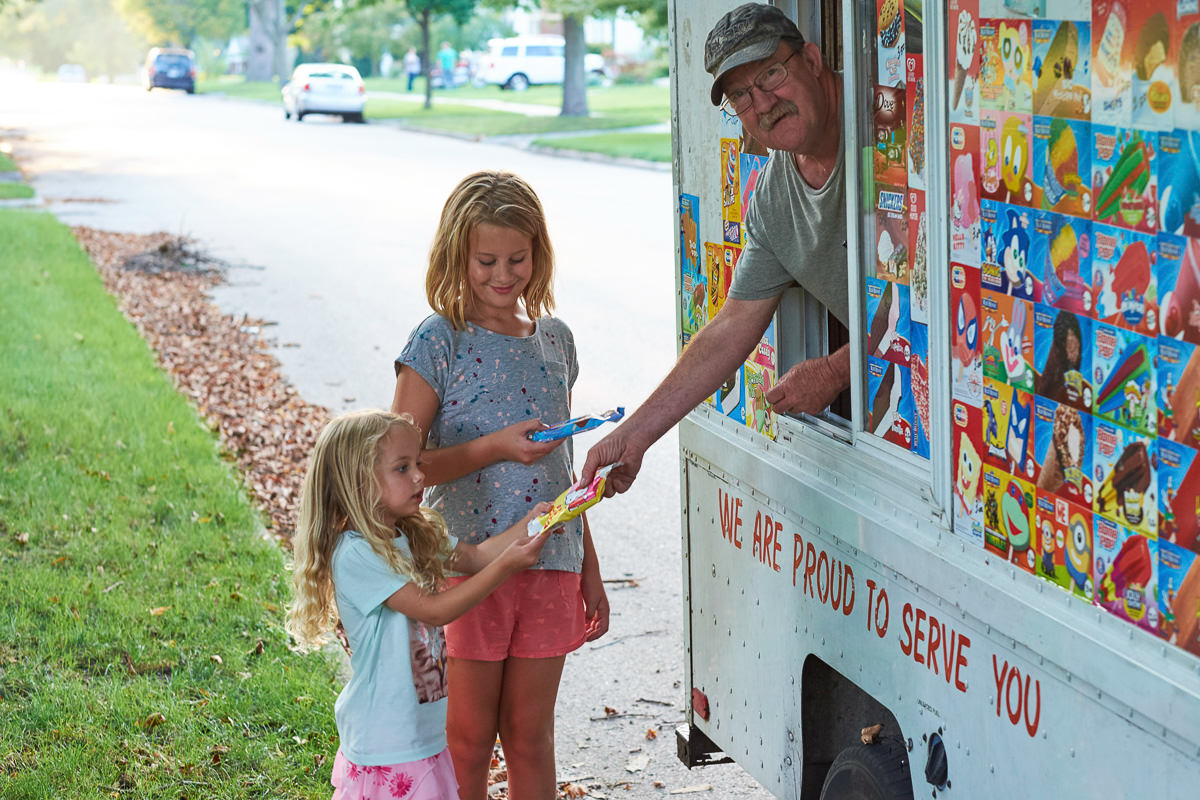 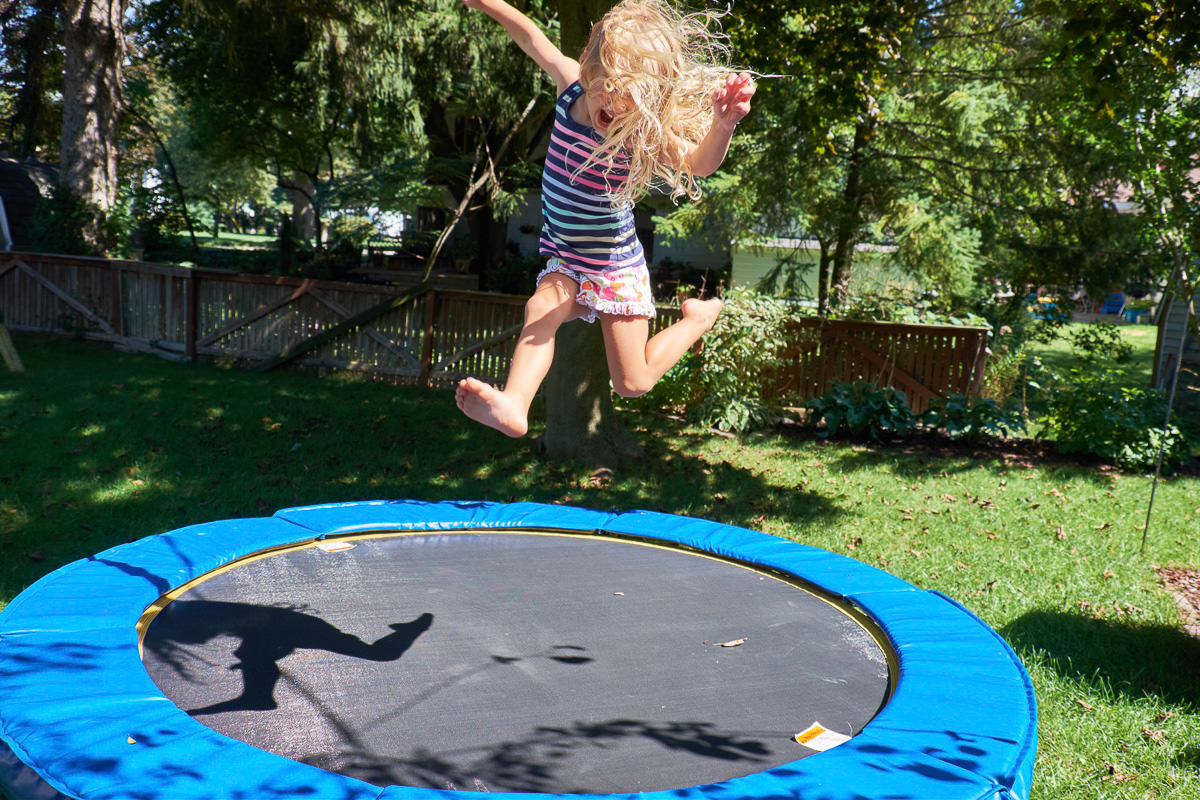 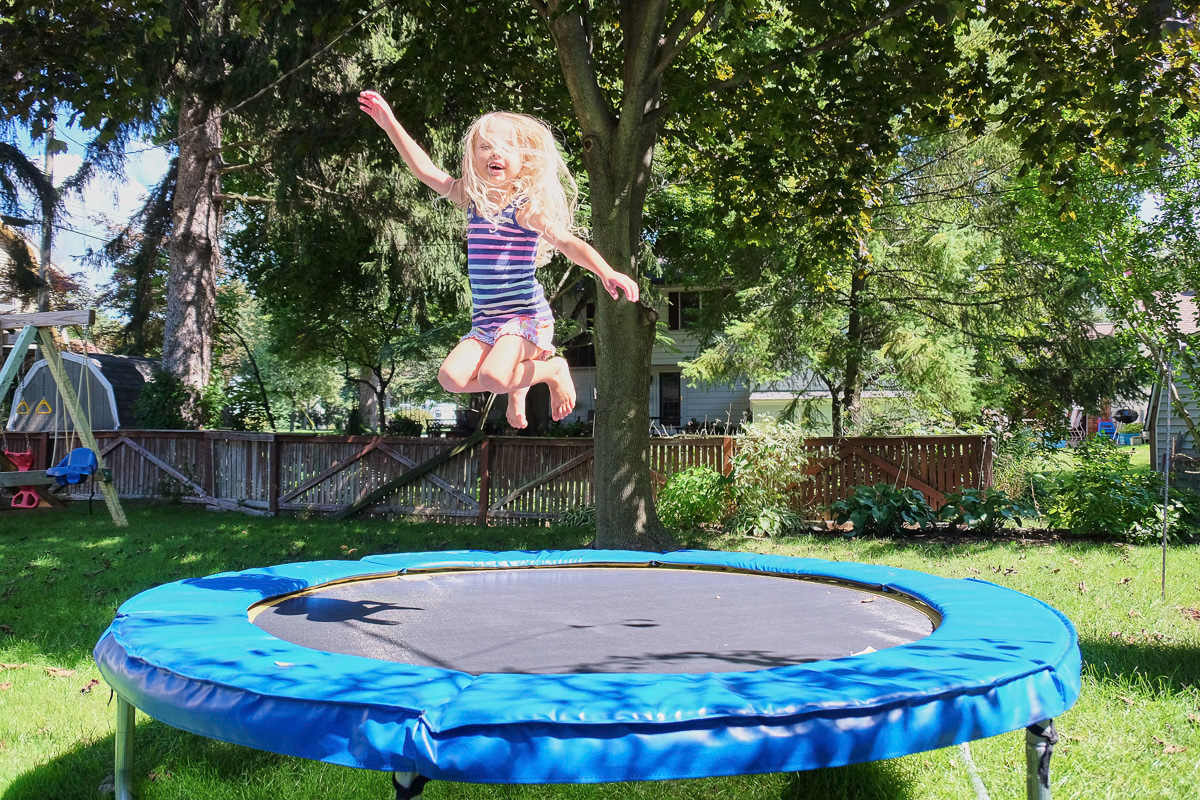 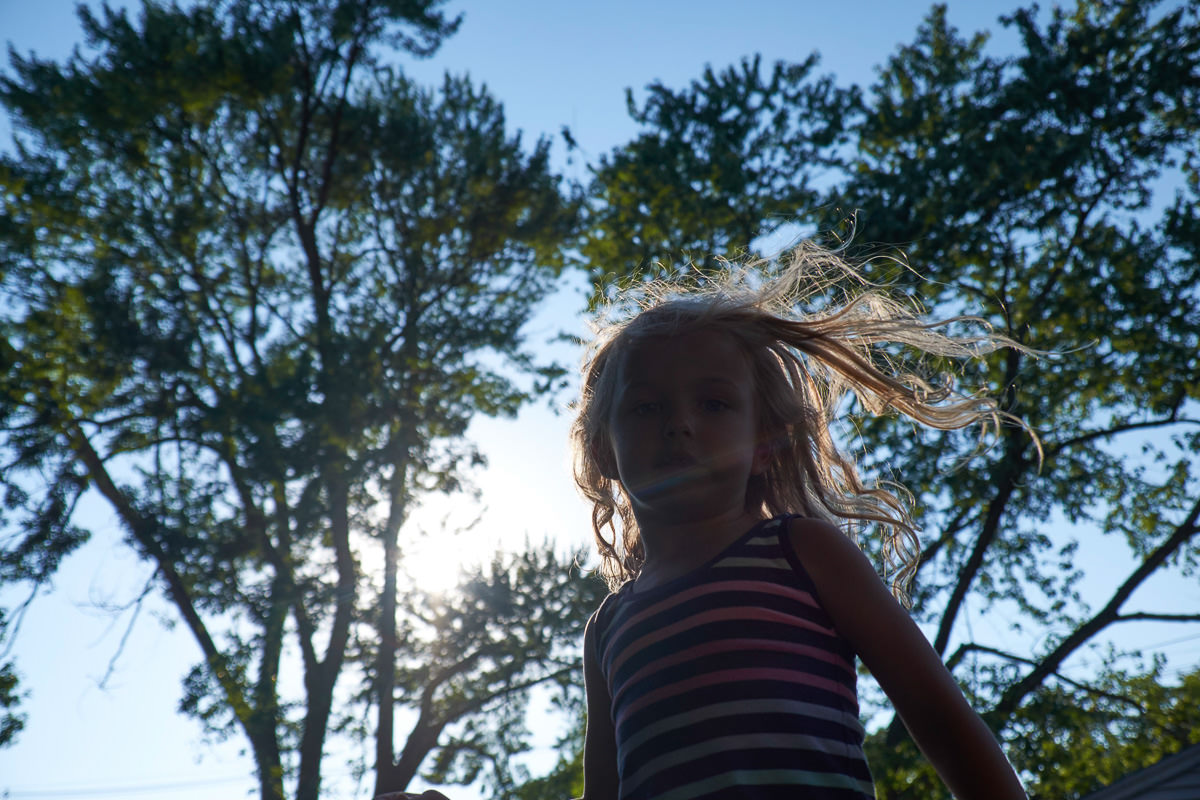 Why is Aly making this face? 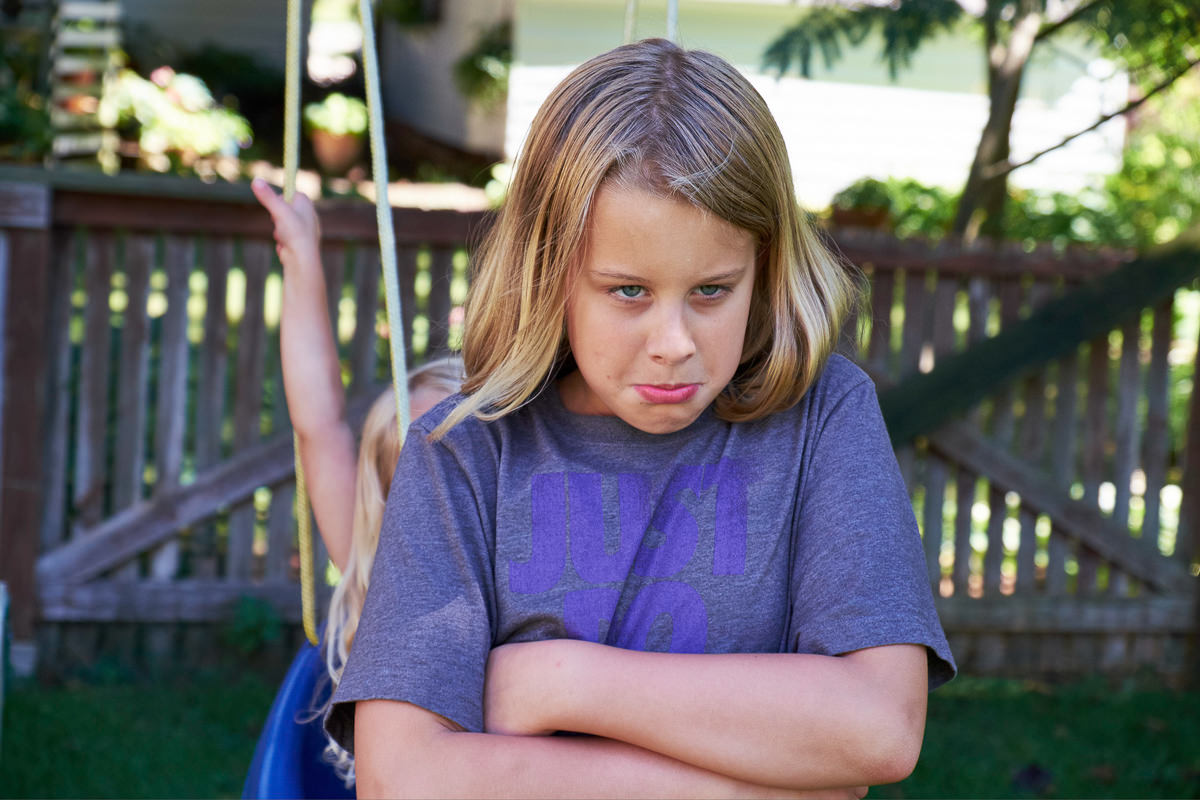 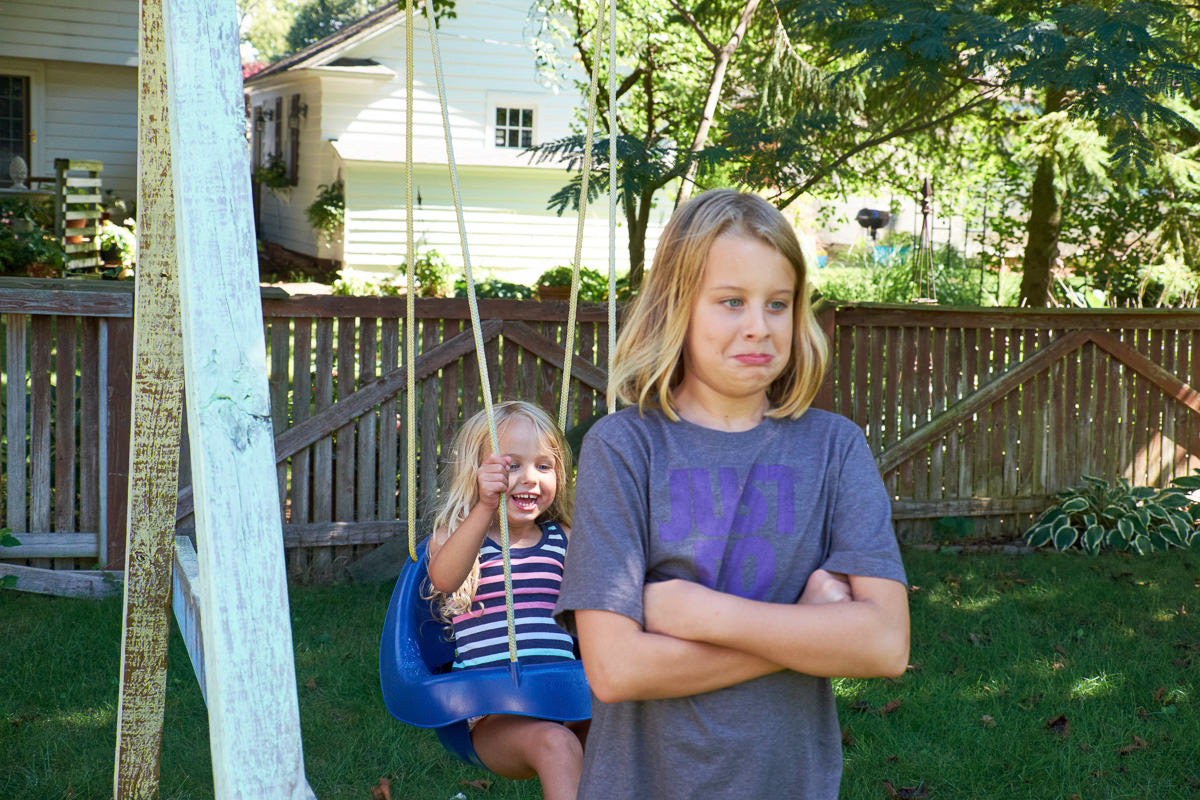 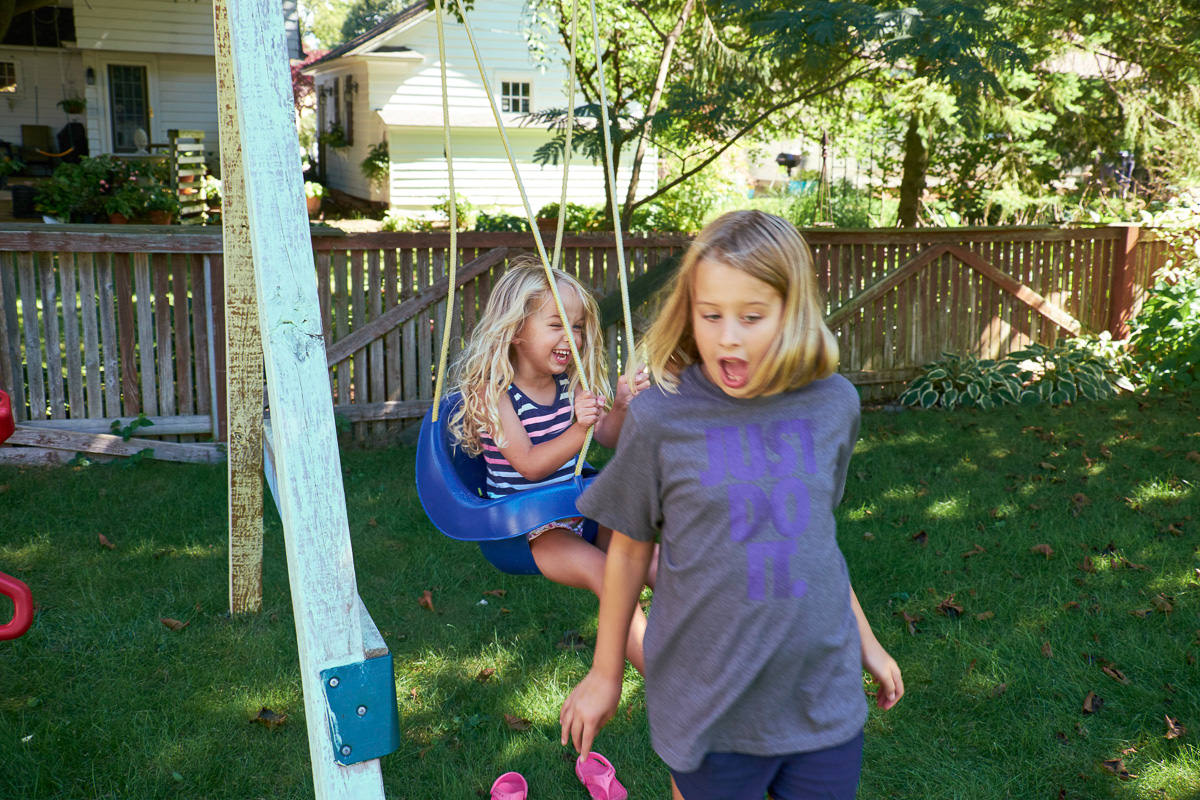 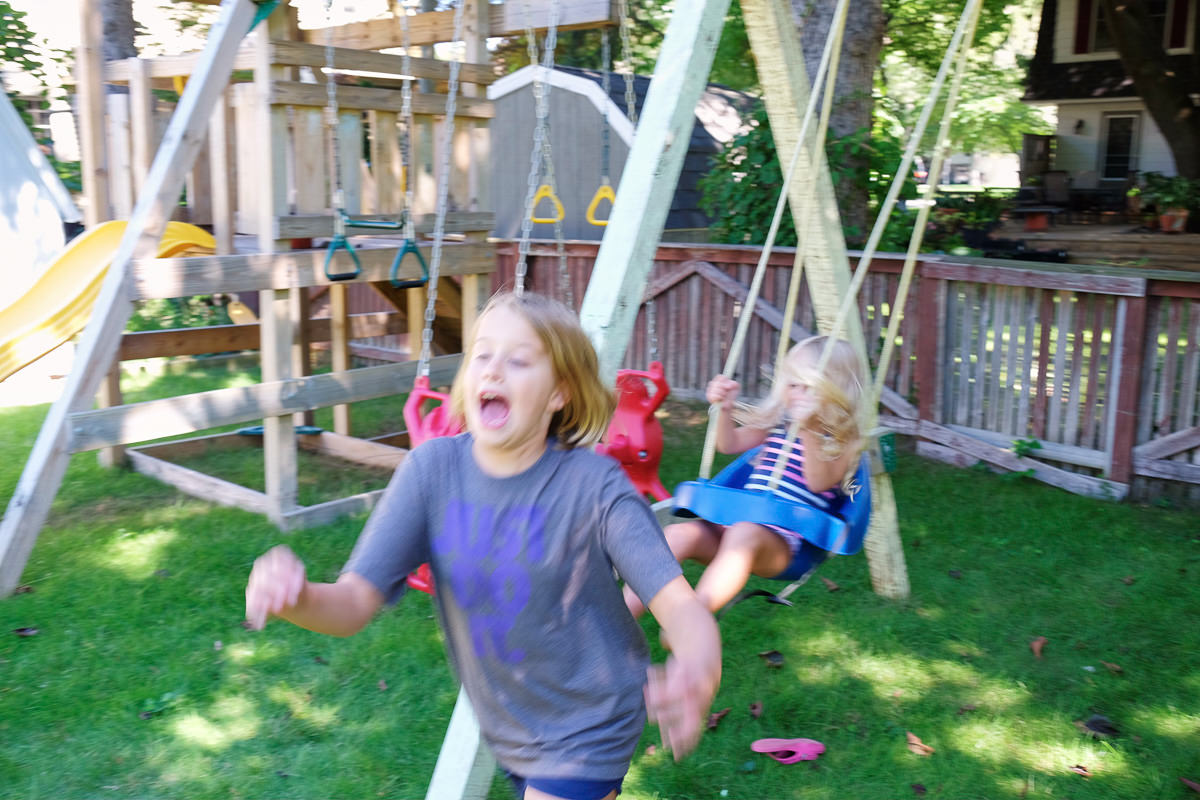 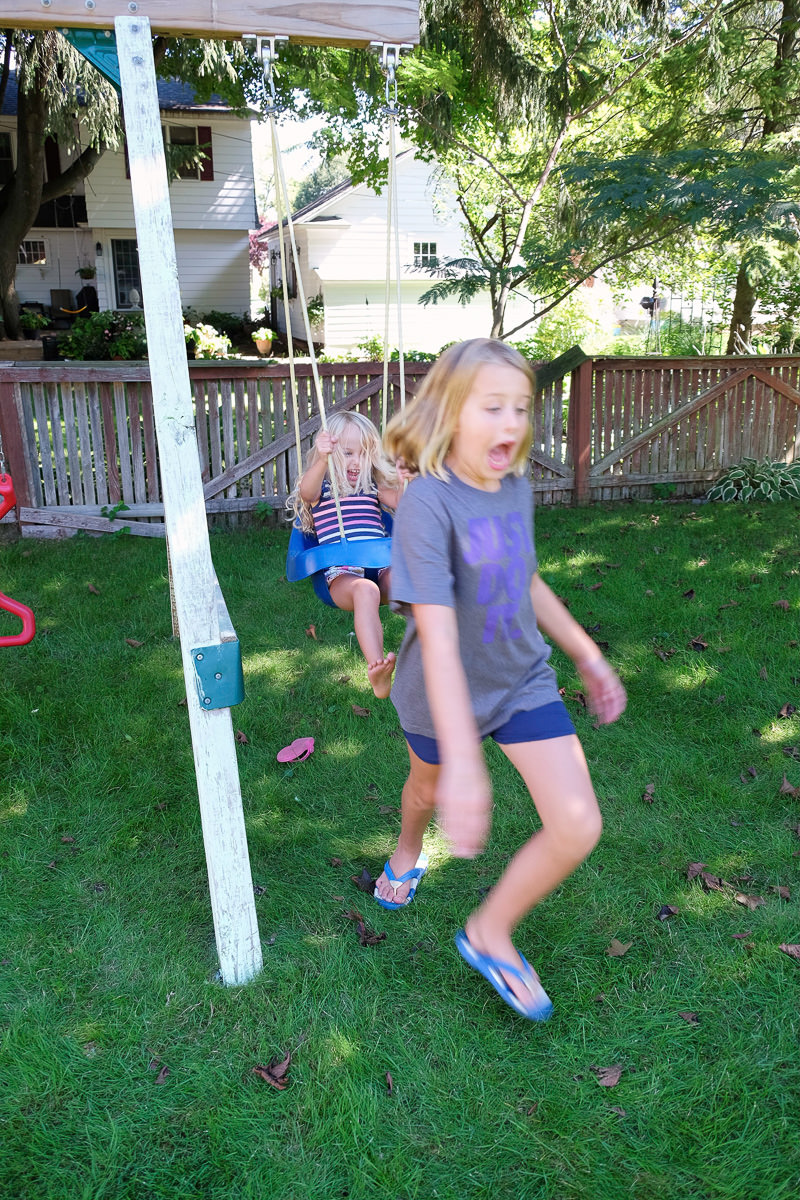 Yep, it’s the “Push Leah on the swing then turn around and let her crash into you” game – a Goudie Backyard classic. I started this years ago to entertain infant Leah when she weighed much less than today; it’s a bit like a cross between MMA and a chiropractor appointment nowadays. The things we do to elicit smiles from young ones…

Fear not: Aly was only slightly injured in the making of this film. 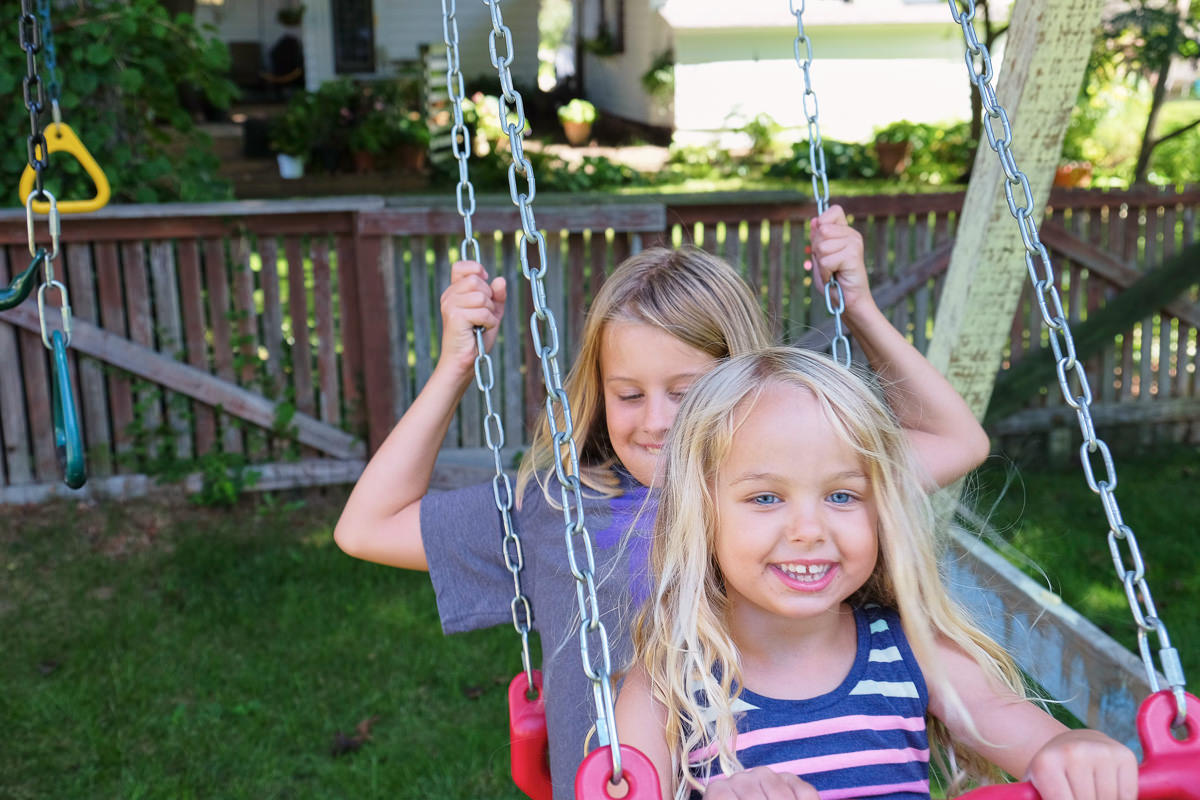 Later that night, Leah asked me if she could have a picture with her friend the flamingo. This is a bit of a preview of her current posing obsession that will appear in an upcoming post. 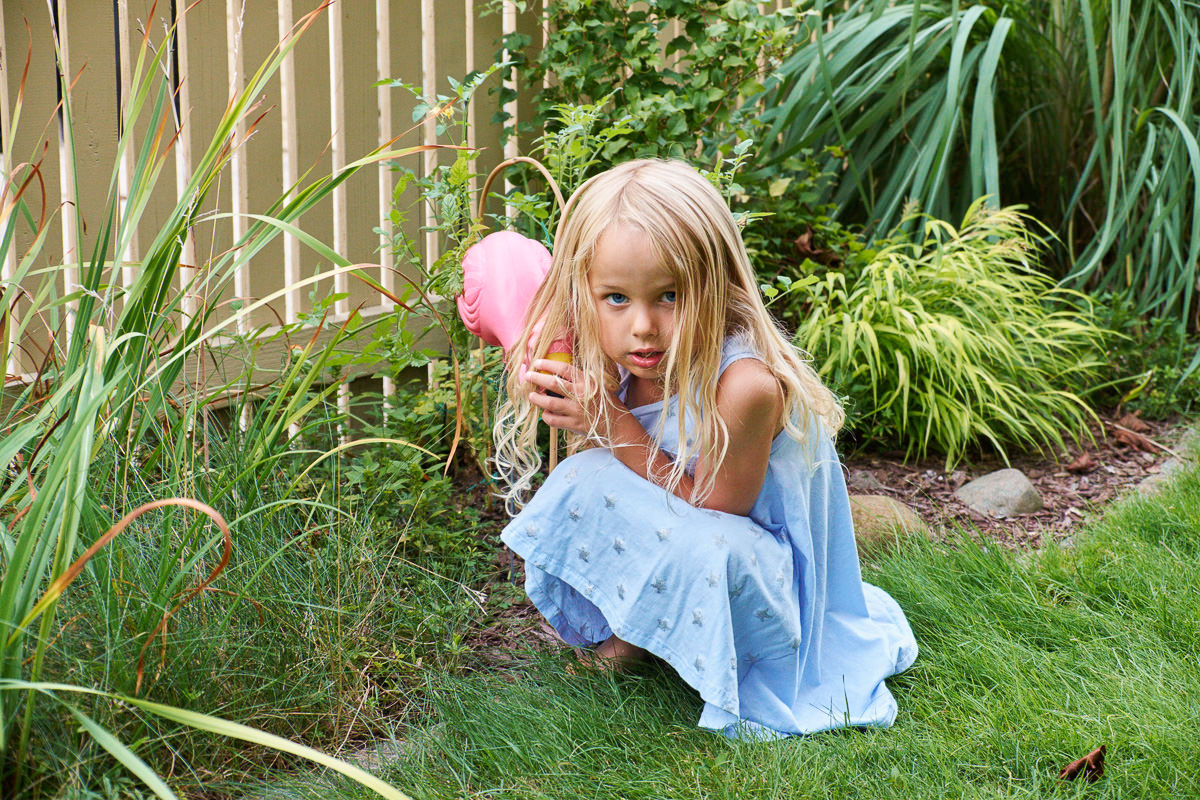 And Rachel had a birthday

She chose Boatwerks for her birthday dinner, so we lingered on the waterfront before and after the meal on a lovely sunny evening. 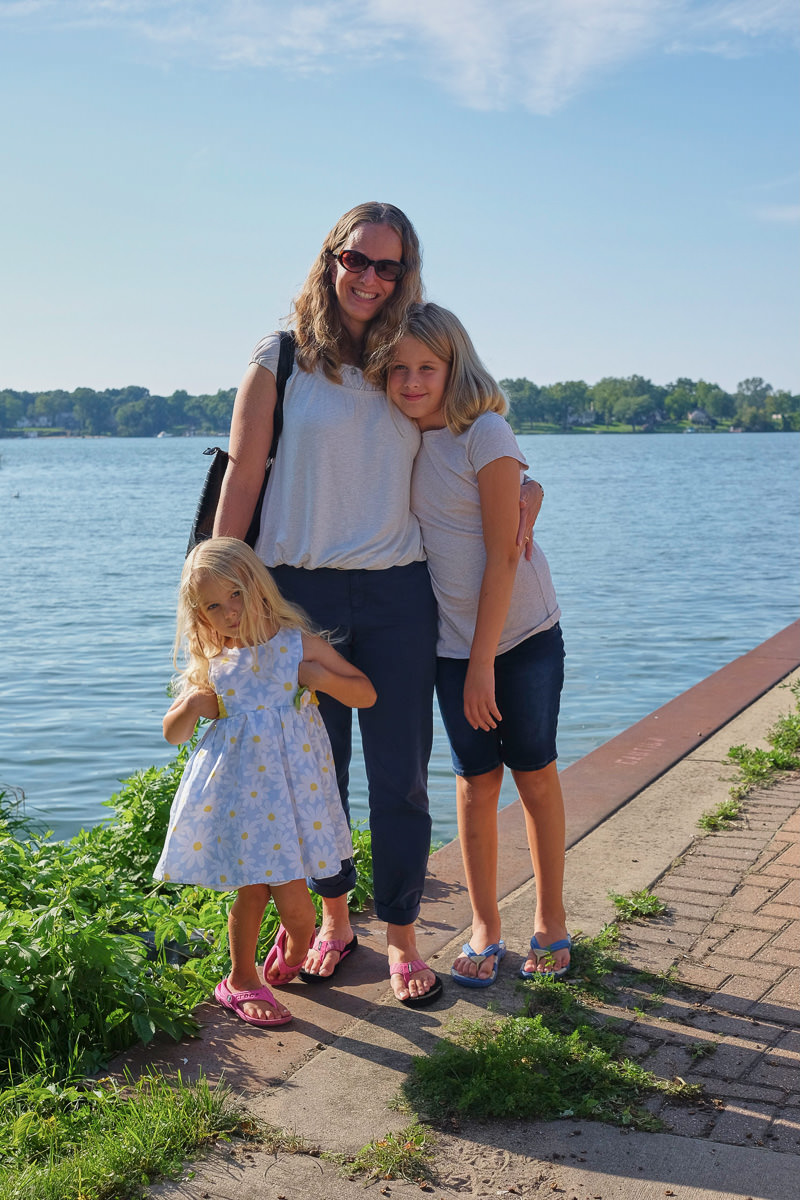 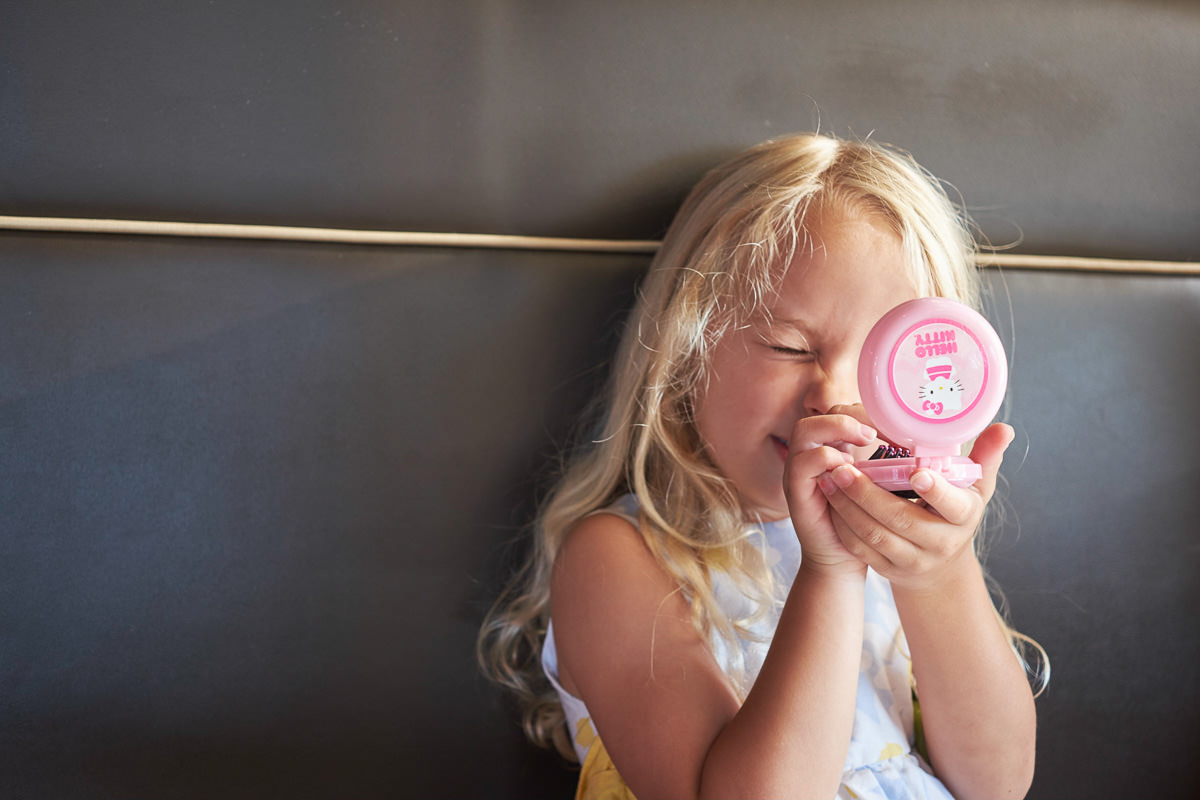 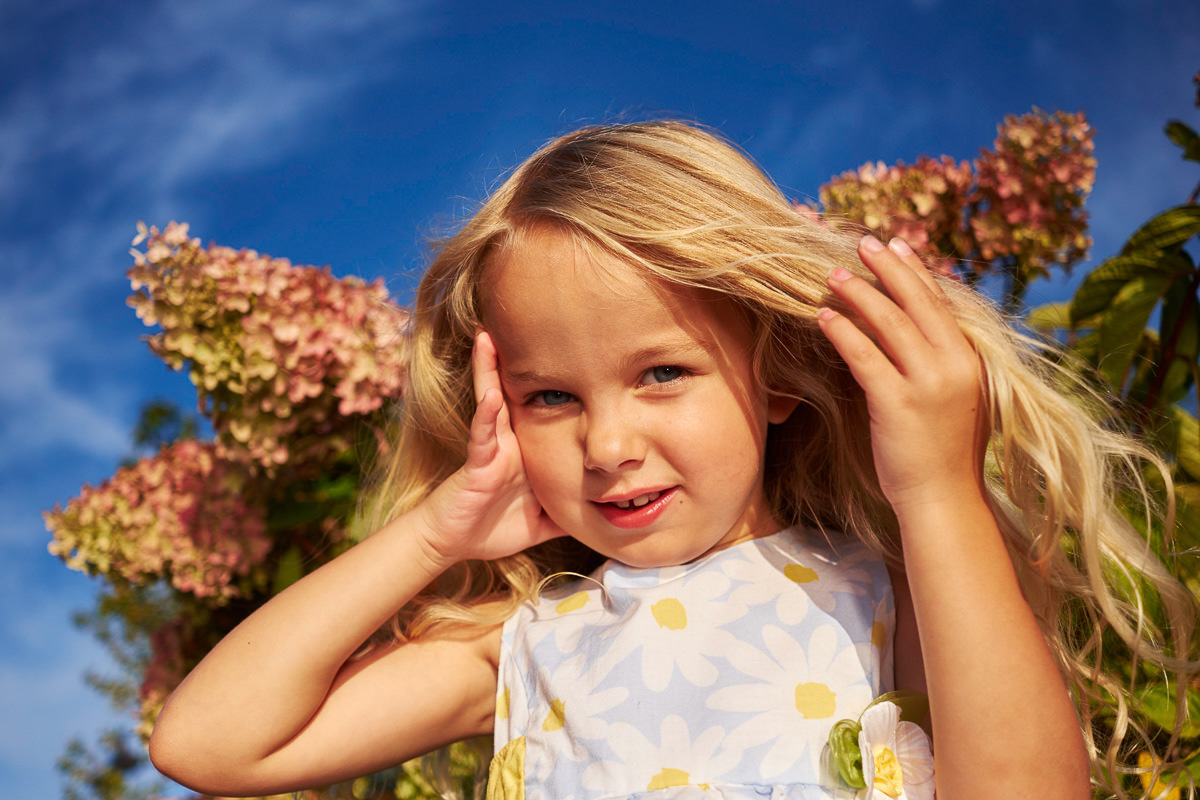 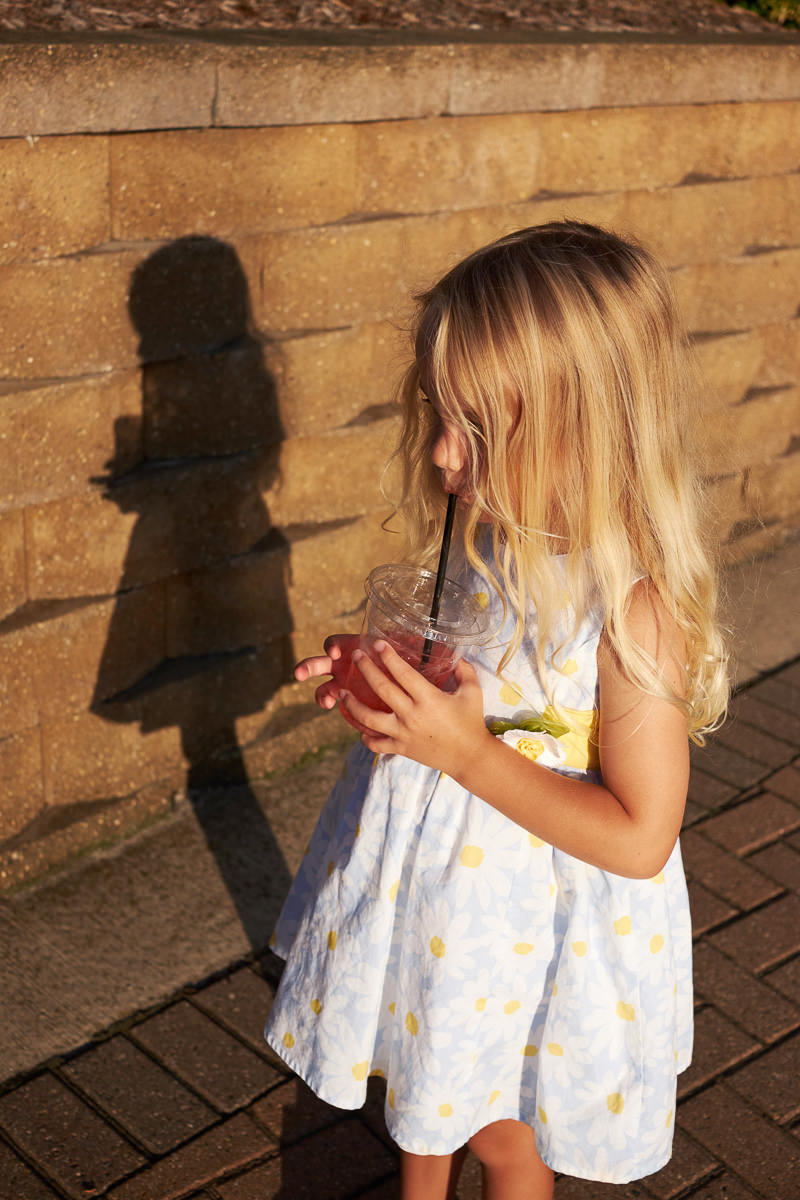 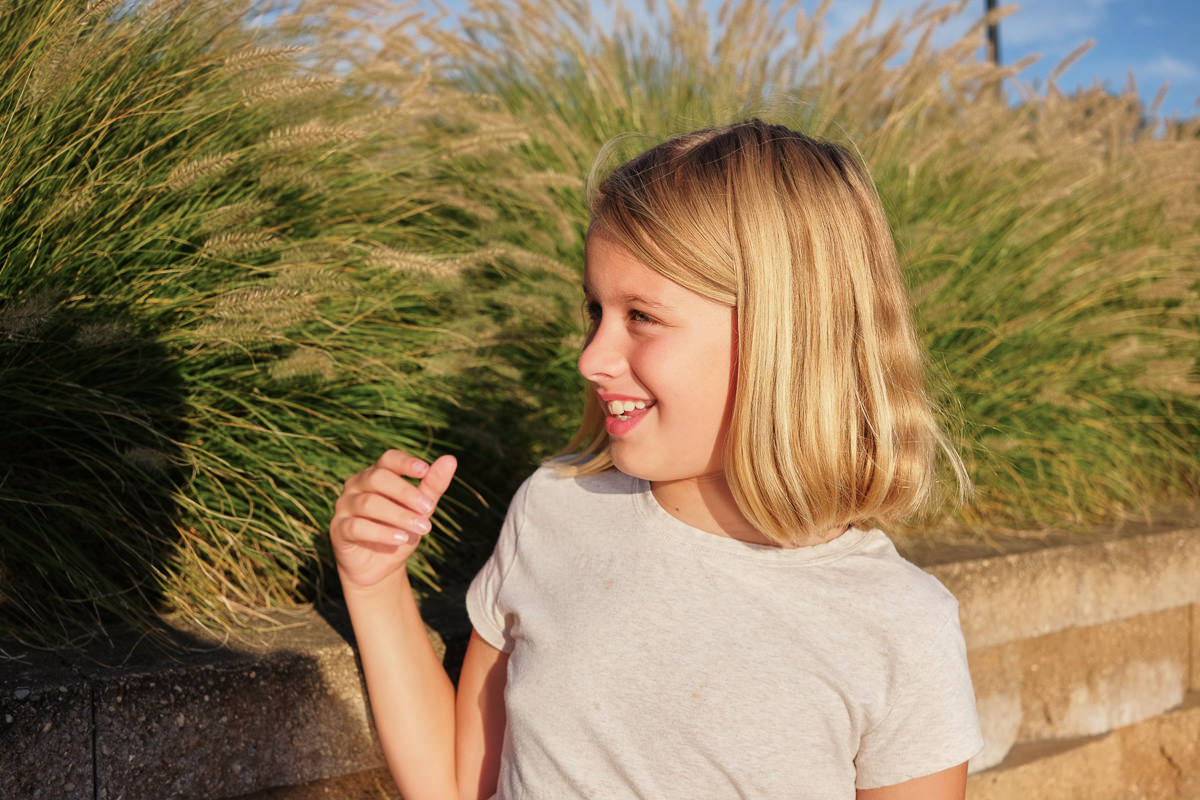 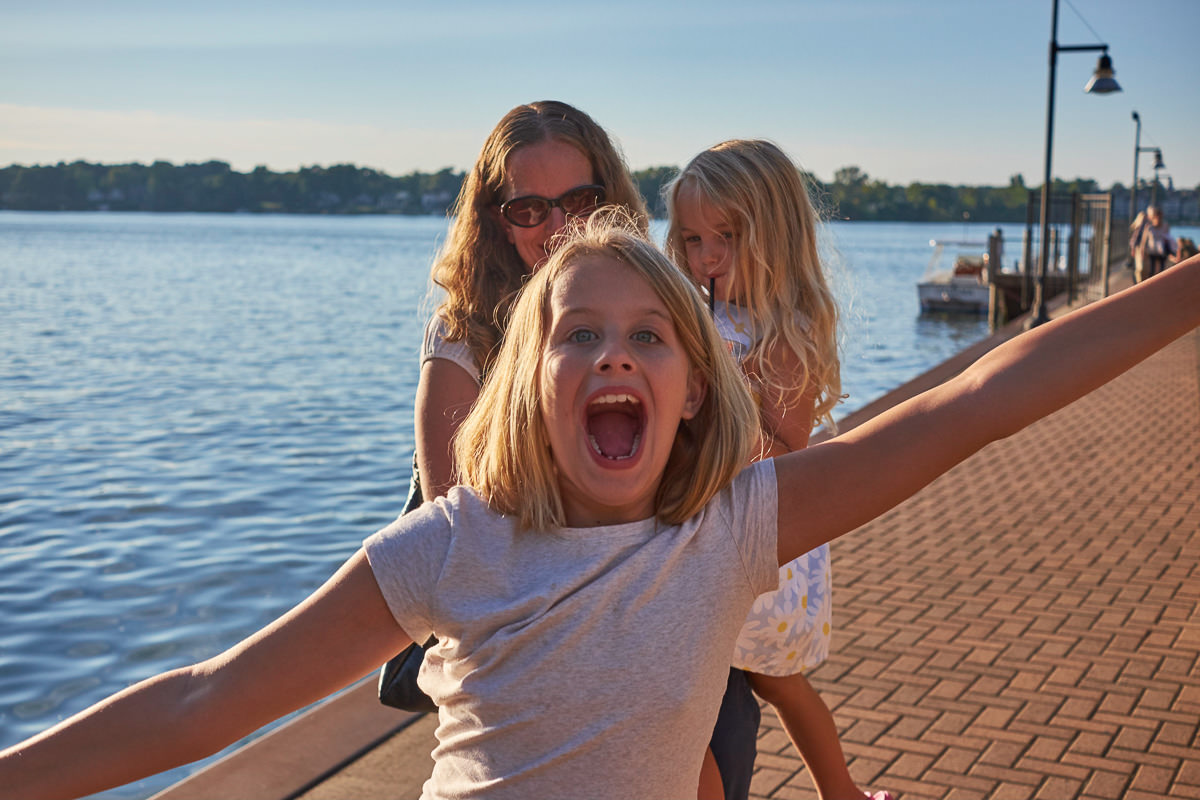 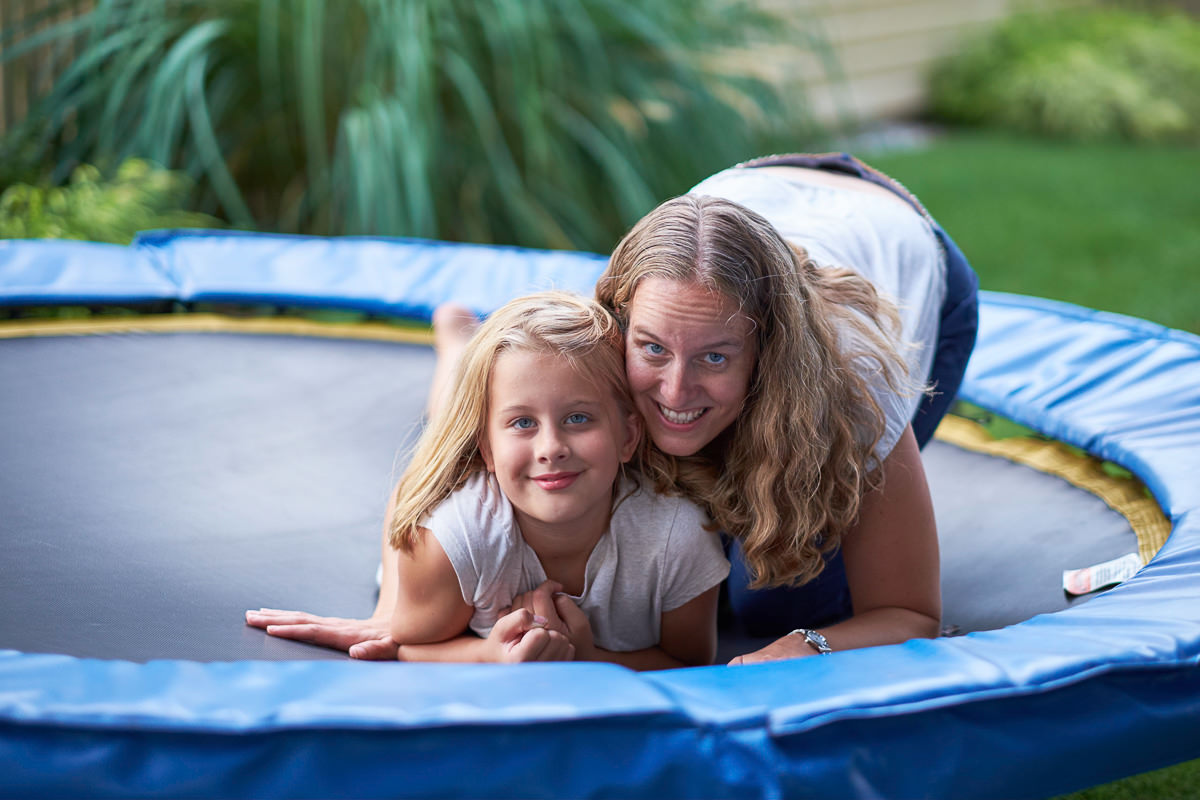 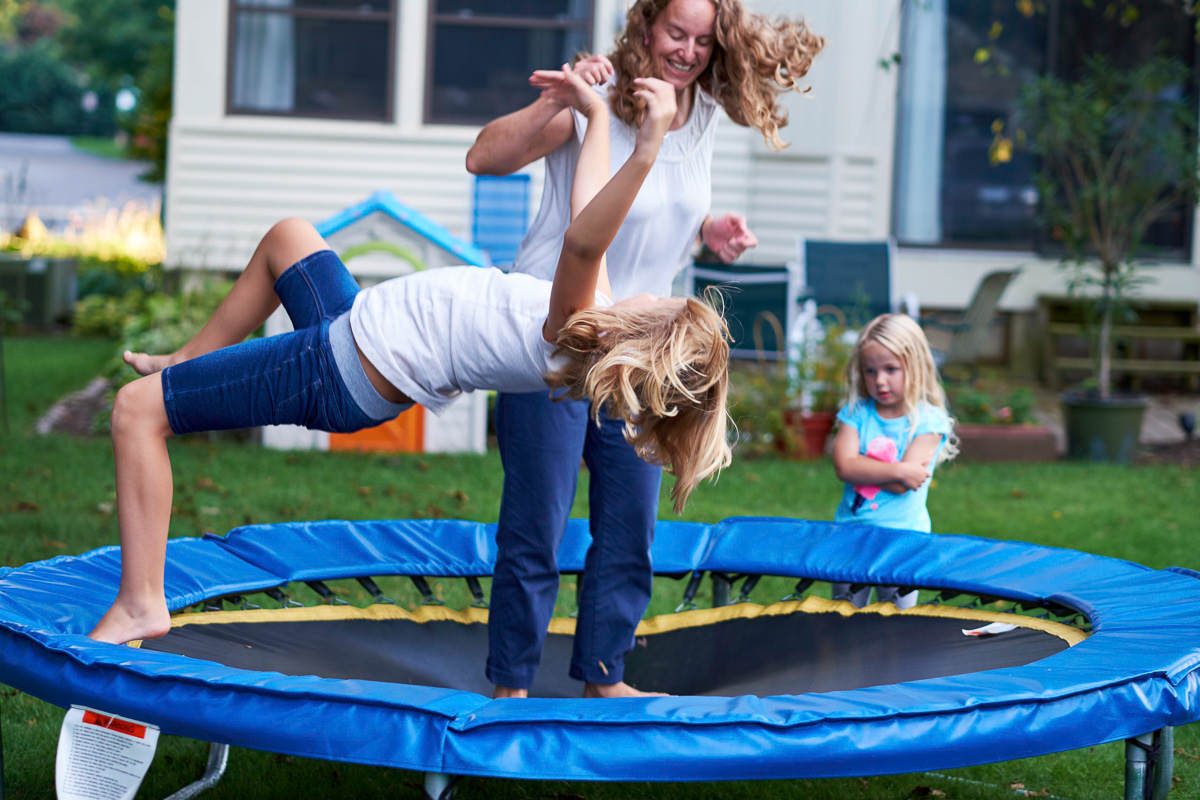 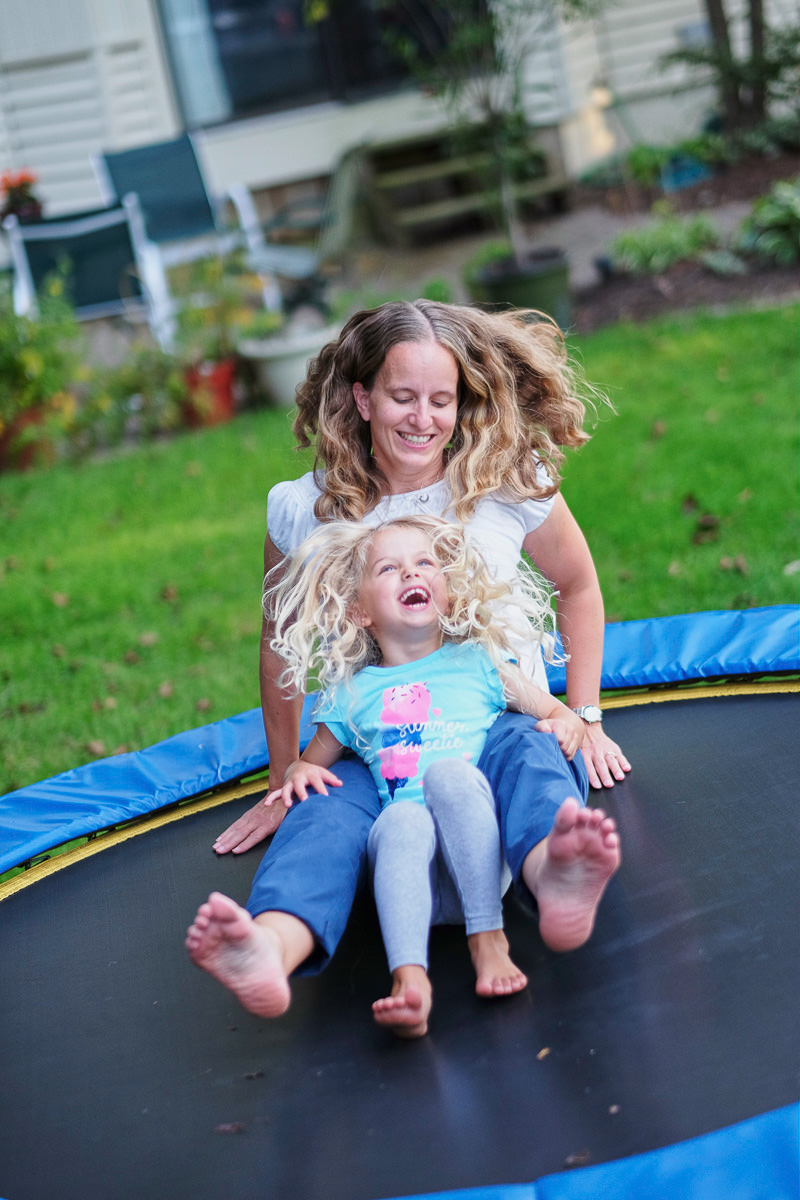 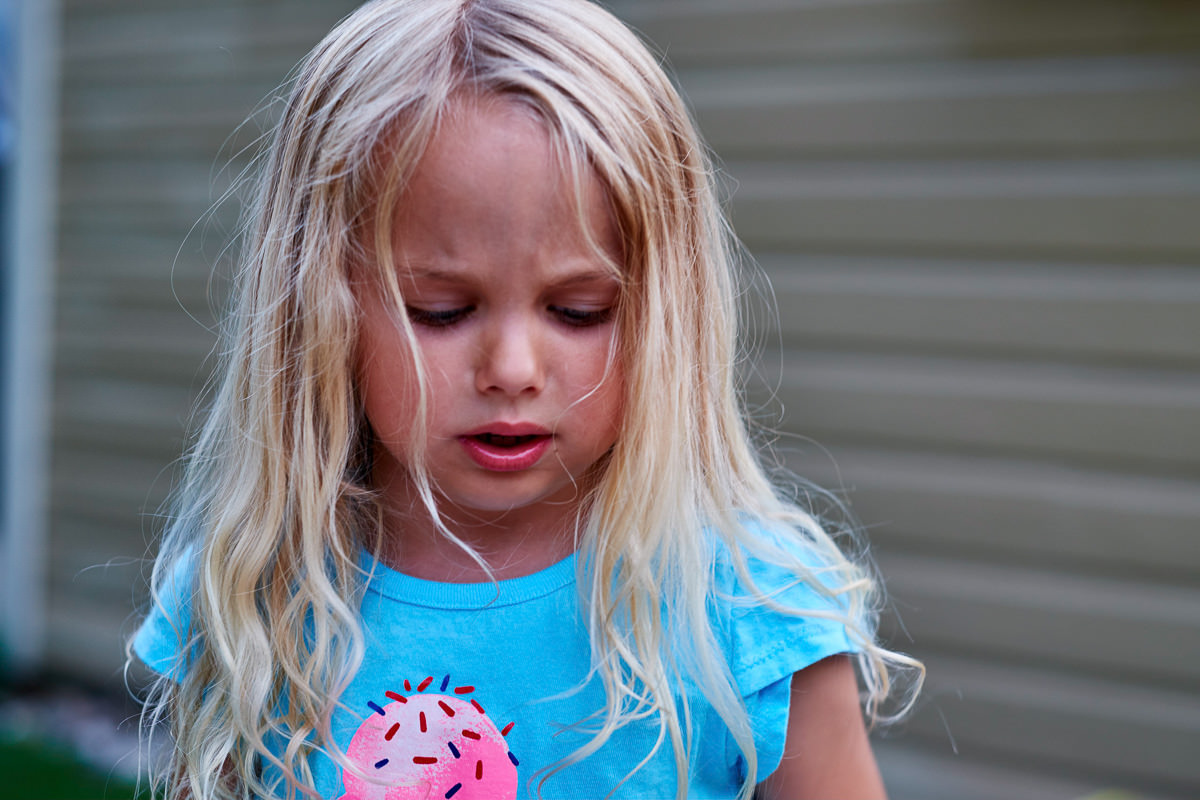 Those four photos are indeed in chronological order, if you were wondering based on Leah’s mood through the flow of those pictures. Cold-hot-cold.

Another evening, the girls each treated us to their “routines”. 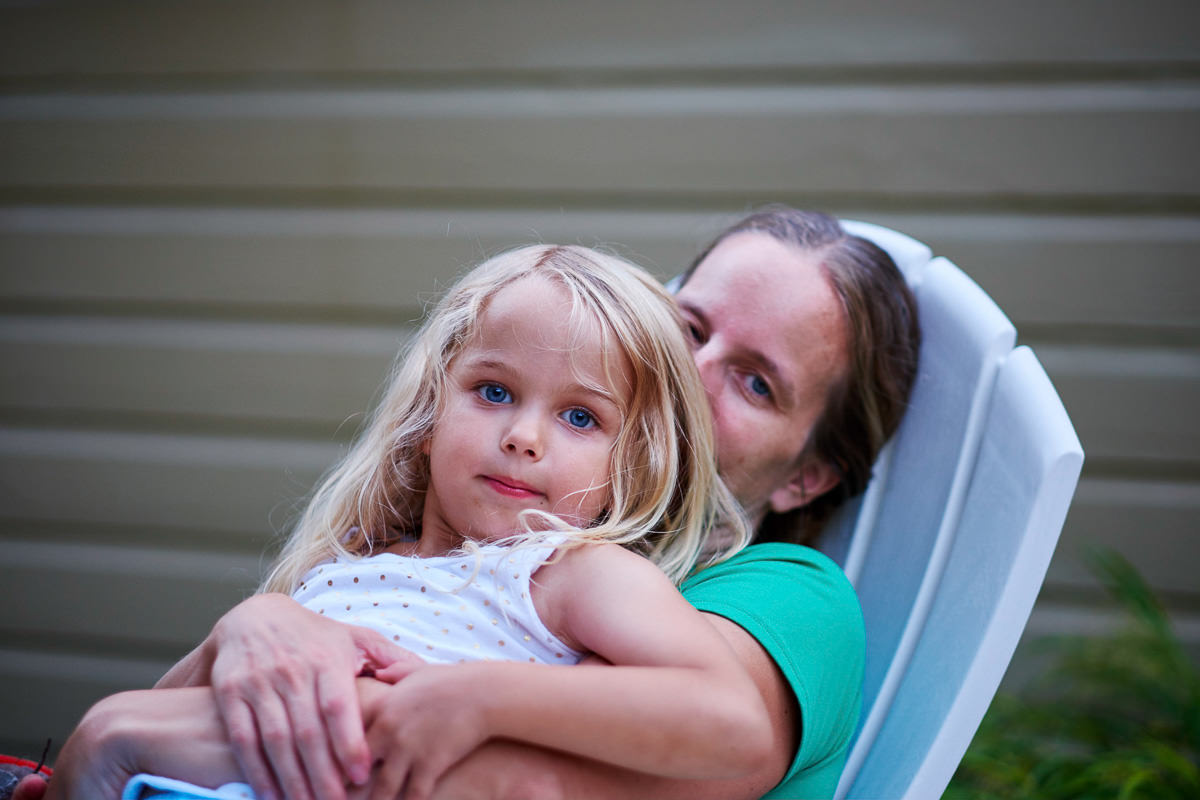