So I’ve been pretty quiet here lately.  One post in seven months.

I don’t want to spend a whole post on introspective emo shit, so let’s just say that this hasn’t been the rosiest period.

There have, however, been plenty of things to celebrate and share in that time period, so I’m going to catch up on some of those instead.

So let’s do a timeline catch-up since May (insert the montage soundtrack of your choice here):

We had plenty of fun playing on the trampoline, the aqua pad thing (these might work like a magnifying glass and burn your grass lol), and at Saugatuck State Park beach:

The first set of pictures is from DuPont State Forest in North Carolina, which is one of my favorite places down here. The second set (starting with the three flower pictures) is from the Blue Ridge Parkway, heading “north” from Asheville to Linville Falls, which is a gorgeous canyon waterfall.

The first week in July saw Rachel, Aly & Leah come down to South Carolina for a visit. We of course hit all their favorites: Table Rock State Park, Falls Park, and downtown Greenville.

At the end of their week here, we all headed up to the Blue Ridge Parkway via Maggie Valley, NC. This was the first time on the Parkway for them, so we stopped at an overlook to take some pictures (including pictures of the car Rachel bought during their trip lol). As we drove into GSMNP, we stopped at my favorite hidden cascade along Newfound Gap Road and the girls splashed a bit.

We then headed up to Clingman’s Dome at the top of Great Smoky Mountain National Park, where Rachel carried Leah most of the steep path.

After coming back down to the parking area, the girls played on the rocks with a ton of other kids (and adults), then we headed down to Gatlinburg to spend the night.

In Gatlinburg, we made our first visit to Ober Gatlinburg and had a blast. The mountain coaster was a blast, and we even saw a bear scamper across the ski hill. I got the elk picture on my (solo) trip back through the park as the girls headed north.

A few weeks later, while preparing for our biggest trade show of the year, my mom called me on a Tuesday evening to say that my dad was in intensive care after she found him convulsing. A few panicked hours (and one trip to the office) later, I was packed for indefinite MI stay, trade show, and funeral, and booked on a 5:45am flight to Detroit.

He died that night, so my next few days in Rochester were spent helping my mom with funeral arrangements and being with family. I then spent a night in Holland with the girls before heading to Chicago to meet up with my coworkers for the trade show, which is called Sage Summit. It was an exhausting week, but it went really well – check out this video our awesome video producer put together.

After working my ass off at the show (think 9am – 2am everyday for five days, with tons of running around the convention center), I checked out of the hotel and went down to valet to pick up the car I had rented back at the Detroit airport, so I could then head back over to Rochester for the funeral.

Except my car wasn’t there. Apparently the hotel’s valet service shares a parking lot with the hotel’s car rental agency, and they rented my car to someone else. It took a few hours for them to straighten out, but I eventually got on my way, thankfully with the hanging back I had left in the trunk.

I came very close to losing it, after everything that had happened over the past week. The rental company I rented from and the company in the hotel weren’t even the same company, and they came over after about an hour (they had all my info) and said “Is your name by chance also Michael Smith?” and, of course, I said no.

About twenty minutes later, the same guy comes out and says “Are you sure you’re not Michael Smith?” and I replied “If you ask me that again, you’re going to be on the news tonight.” After which, things got straightened out fairly quickly, lol.

Anyway, the visitation and funeral were very nice, despite being very sad for obvious reasons. It was nice to see all the family, and Leah/Aly got to spend some time with their east coast cousins. We also had a rousing game of Red Light/Green Light in Grandma Jan’s backyard, with the addition of the Blue Light (Dance Party). Those pictures are fun, but the video is pretty good too.

And in typical Matilo clan style, we took over the common area of a hotel for beers and pizza.

I should probably mention that I was also shopping for a car in this same timeframe, and had narrowed it down to a few options across the country. When I arrived in Chicago, I had decided that my life was chaotic enough at the moment, so I was going to just put that off until I got back to South Carolina.

However, the morning that I left Chicago, I got an email saying that one of the cars I was interested in had just dropped in price, so I spent much of the drive from Chicago arranging the purchase of the car.  When I left Detroit after the funeral, I flew to Orlando and bought a car, then drove home to SC after being gone for more than two weeks. It was crazy, no doubt, probably the craziest period of my life.

Oh, and then I moved to a new place the second weekend I was back in SC lol. Nothing like piling stress on top of stress! It was worth it, though – I shot this from my balcony the first week: 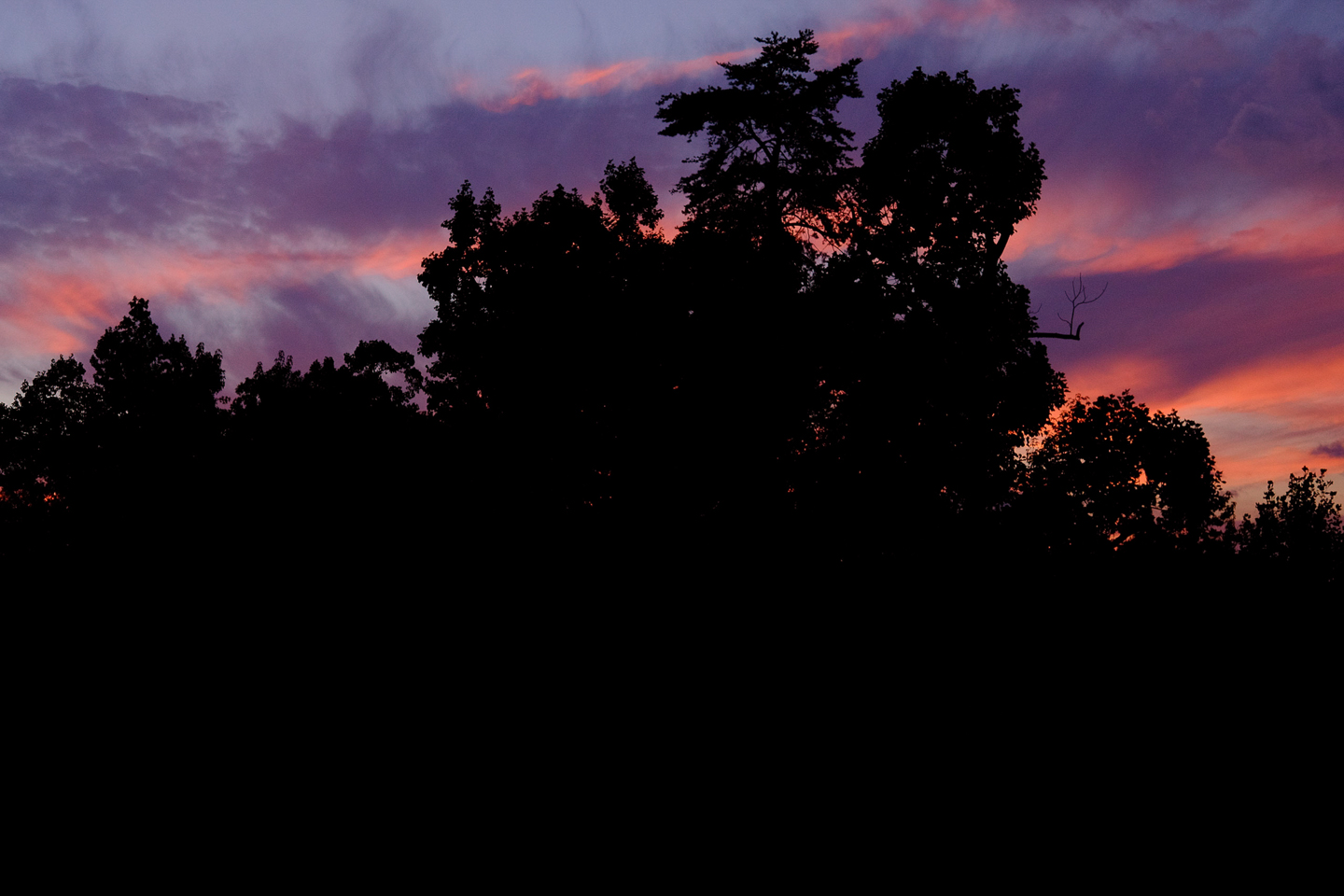 We’ll leave Aug-Nov for other posts.