After an exhausting and fun week at Sage Summit, I rode back from New Orleans with two co-workers and we somehow survived each of us taking turns asleep at the wheel. At the same time, Rachel and the girls were making their way to South Carolina after stopping at the Kentucky Horse Park the night before.

This would be the girls’ first visit to the Palmetto state, after our scheduled Spring Break trip this past year was scuttled by a stomach flu. After stopping at the office to unload the trailer we’d taken to NOLA, I made it back to my apartment around 7pm on Friday and quickly emptied my sweaty Bourbon Street clothing into the washing machine and unpacked the rest of my things. Not twenty minutes later, I heard the knock of a tiny hand on my door and opened it to hugs from Leah, Aly and Rachel. After two days of travel, they were ready to be out of the car, and I’m sure my downstairs neighbors thought a herd of animals had started galloping around the apartment.

After a night’s sleep, we decided to head to downtown Greenville for the Saturday farmer’s market – this would be my first time. We got downtown and found parking fairly easily right on Main Street, then headed south towards the booths. 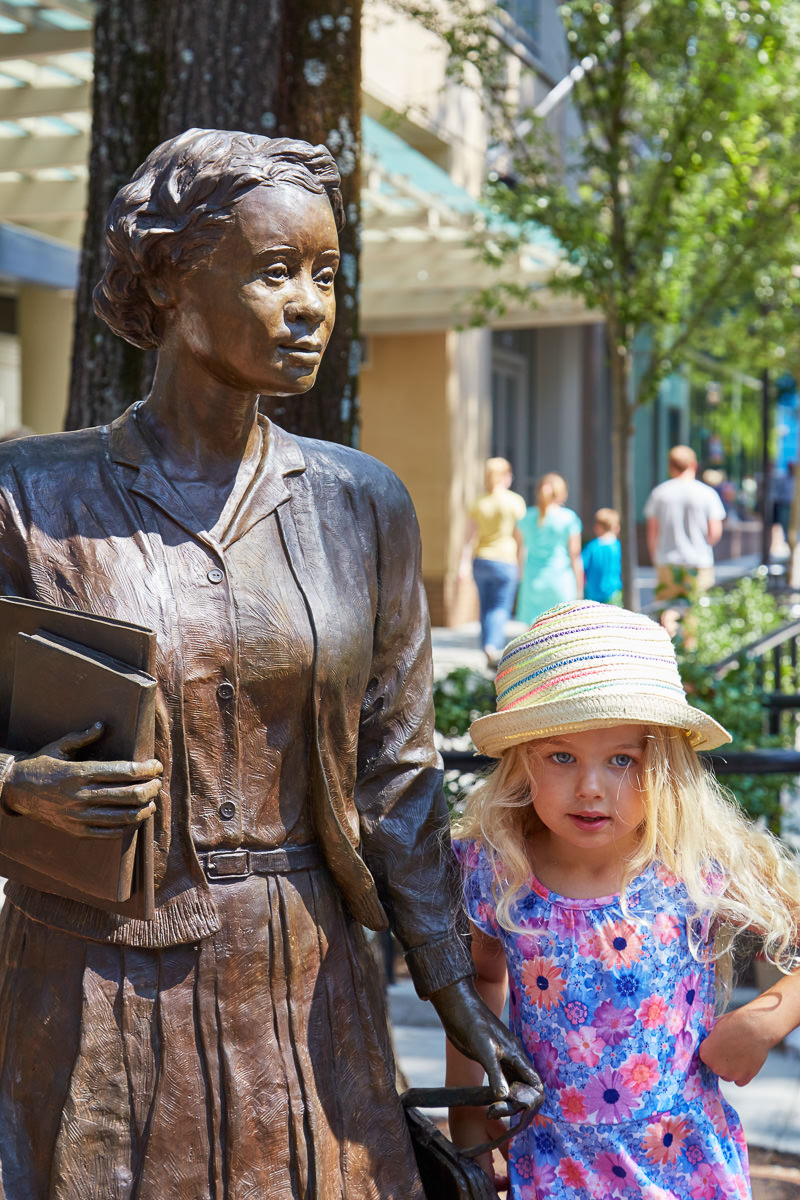 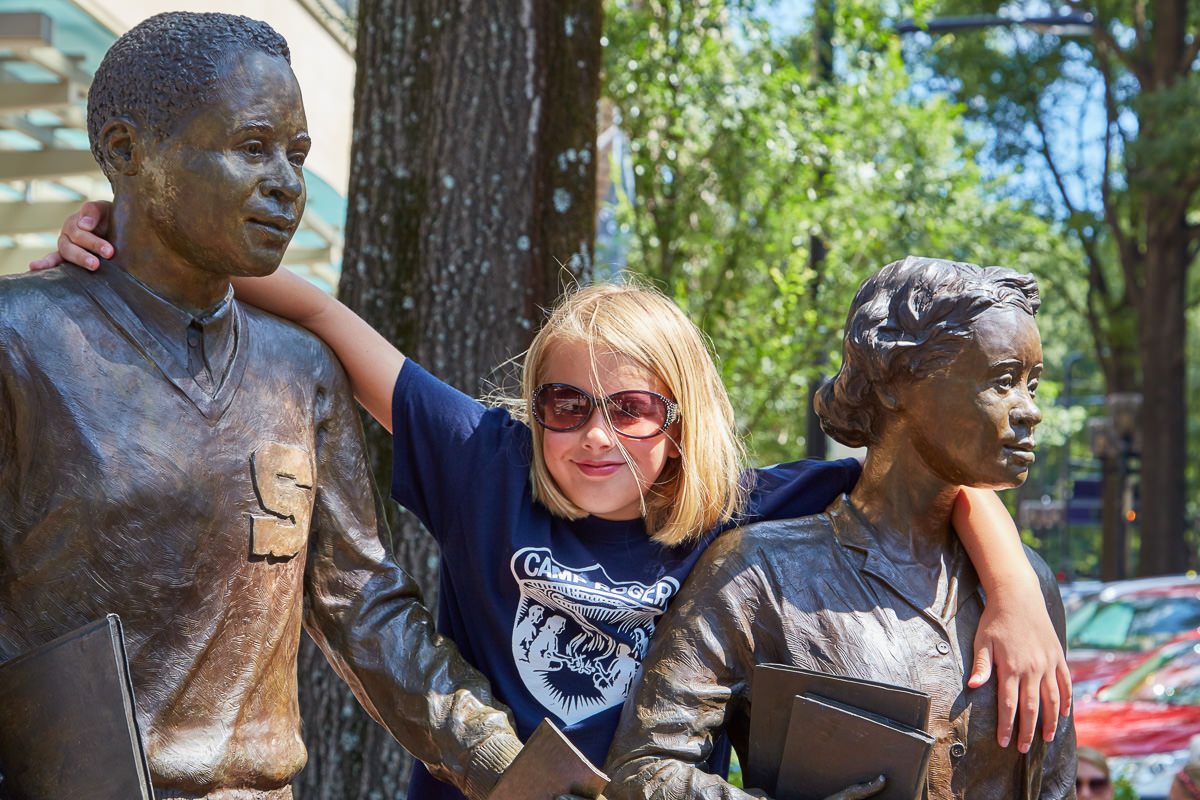 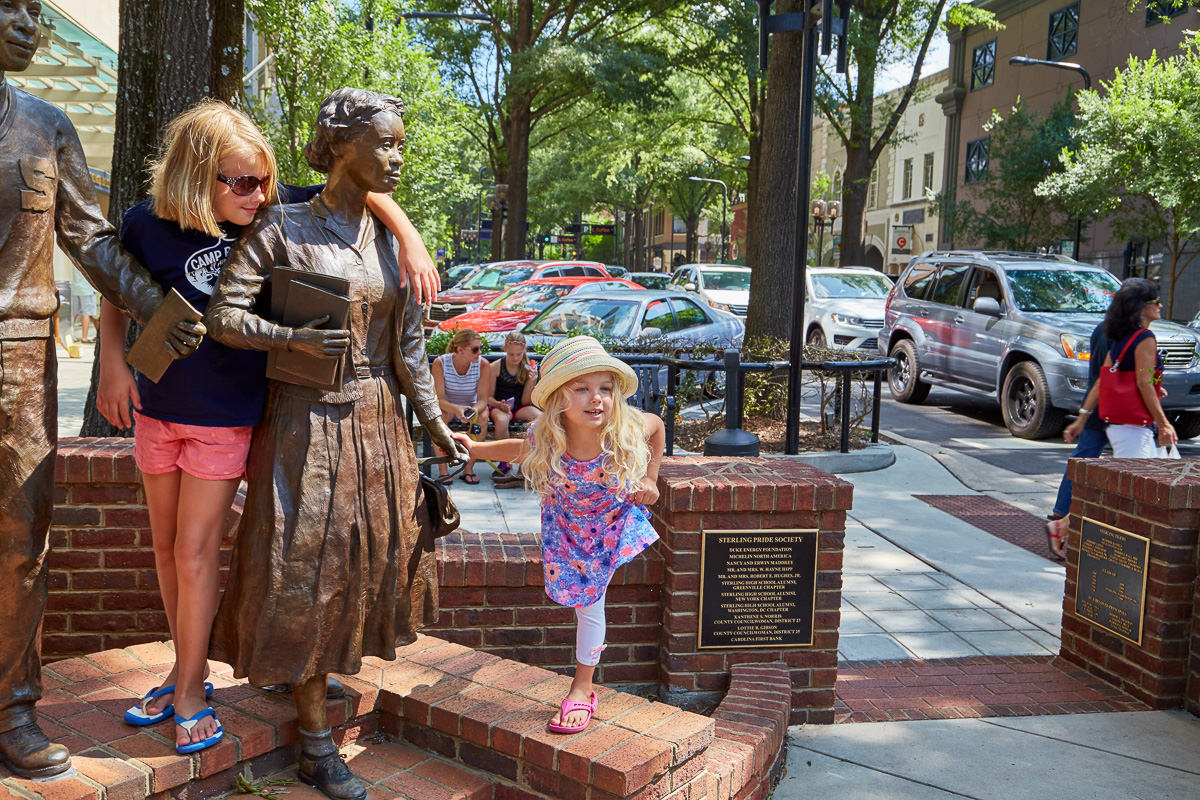 It took about 10 minutes for the “I’m hot” complaints to start, followed shortly by the “I’m melting” whininess. We passed by a booth selling handmade frozen bars, then purchased two (Aly: peach; Leah: chocolate) for a precious few moments of relative silence. 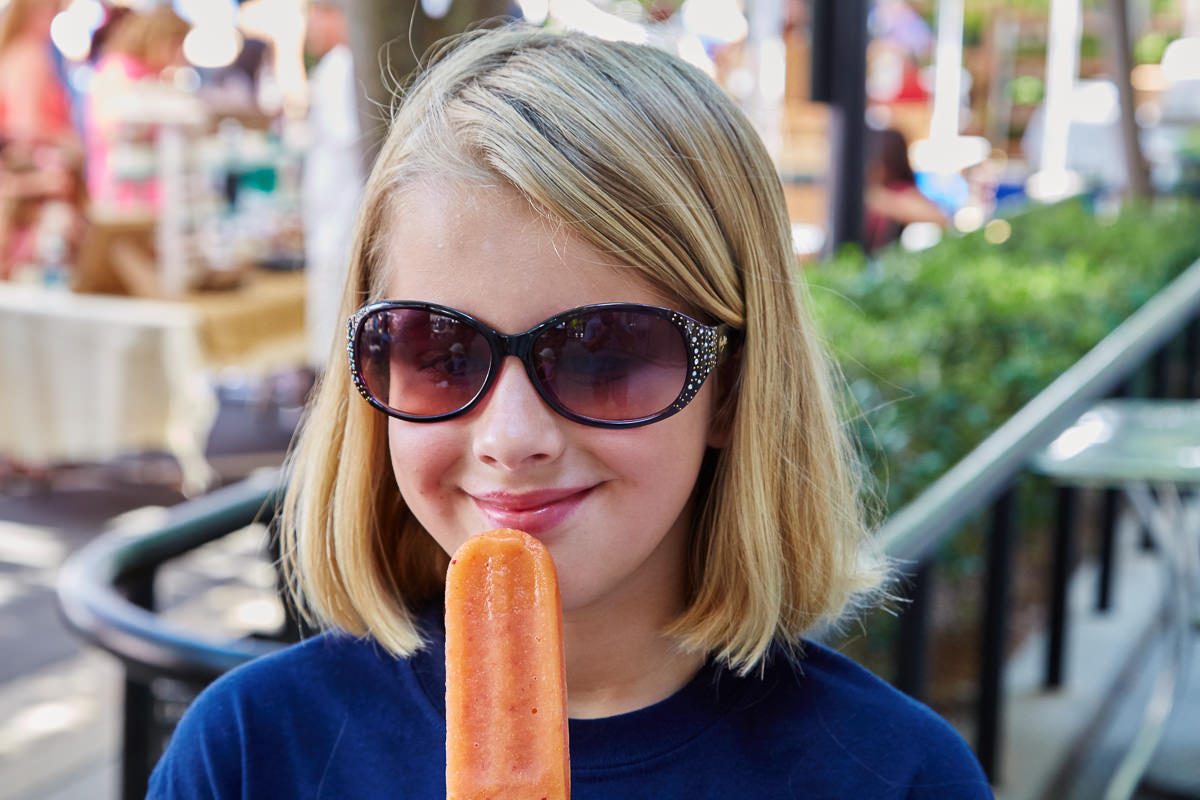 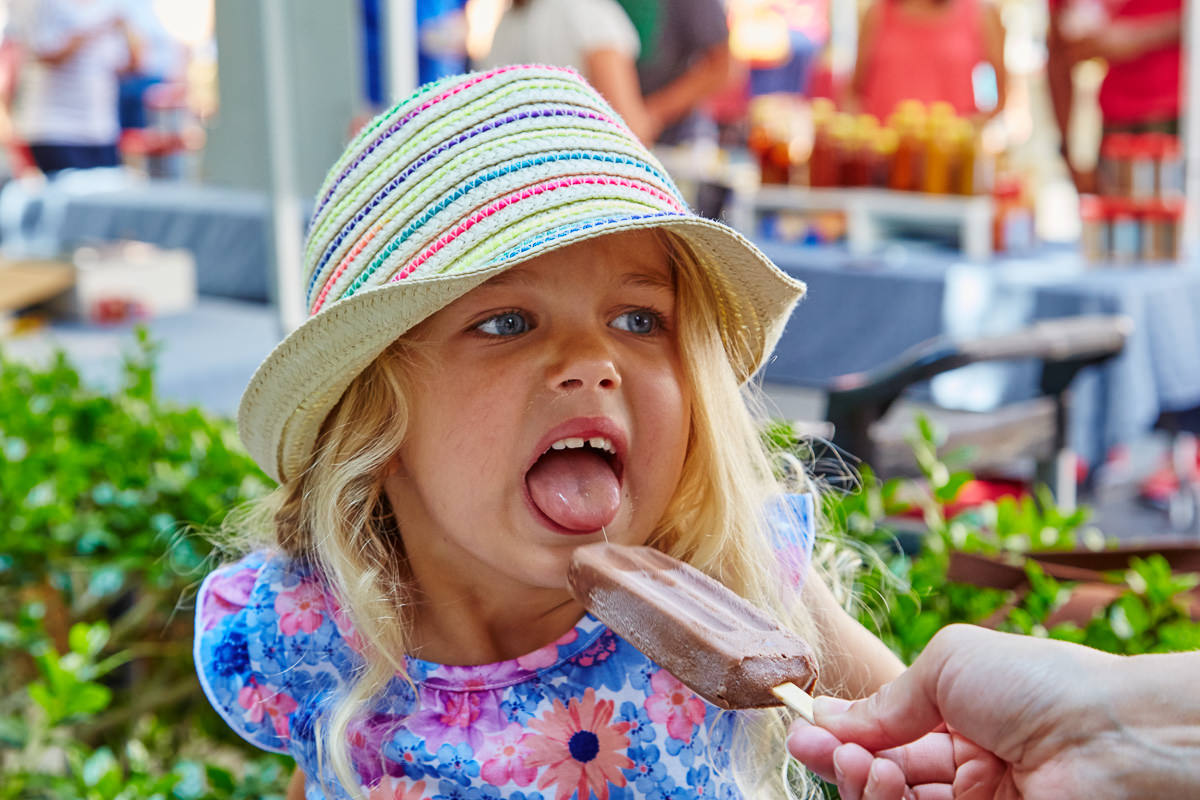 Of course, we knew this relief would only be temporary, so we used all the fountains (another advanced parenting technique) along Main Street to help distract them. 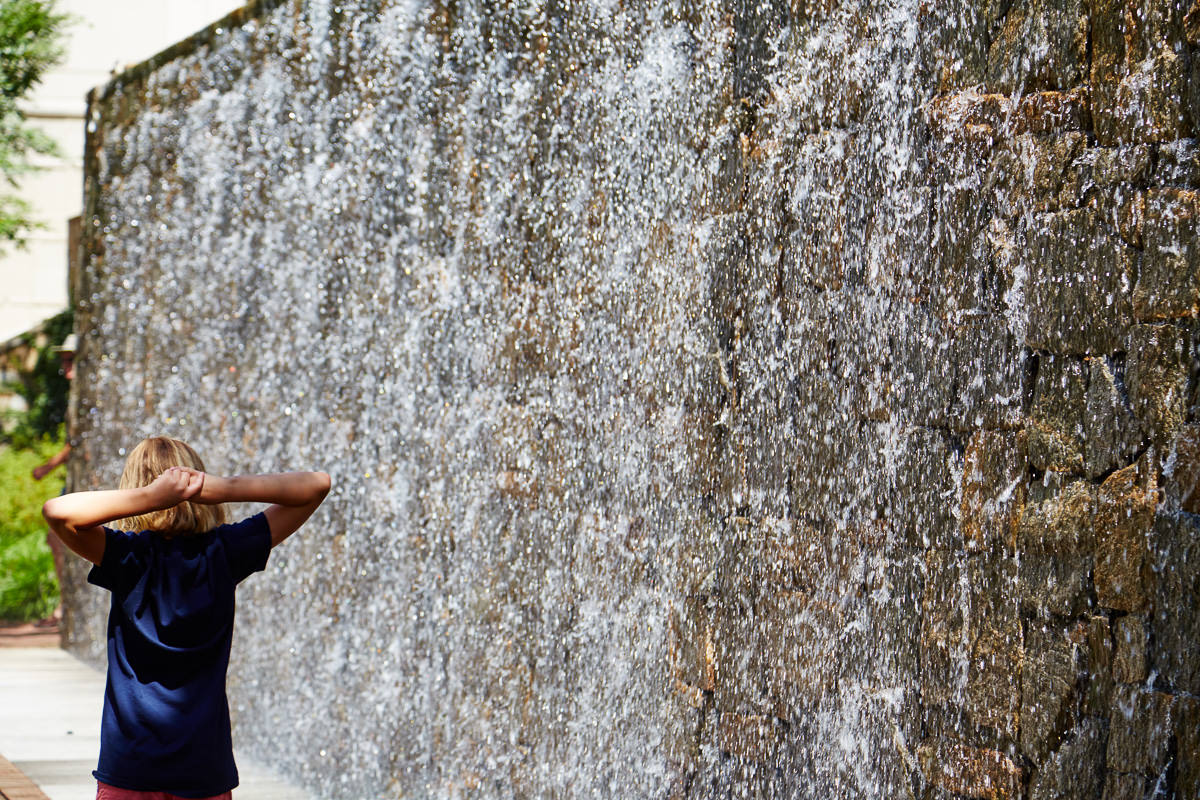 We walked along the the area behind the Peace Center along the river, then made our way over to Falls Park, before heading back up Main Street, where we had a tasty lunch at Grill Marks, which is where I had my “Date Night” interview with Website Pipeline back in April. 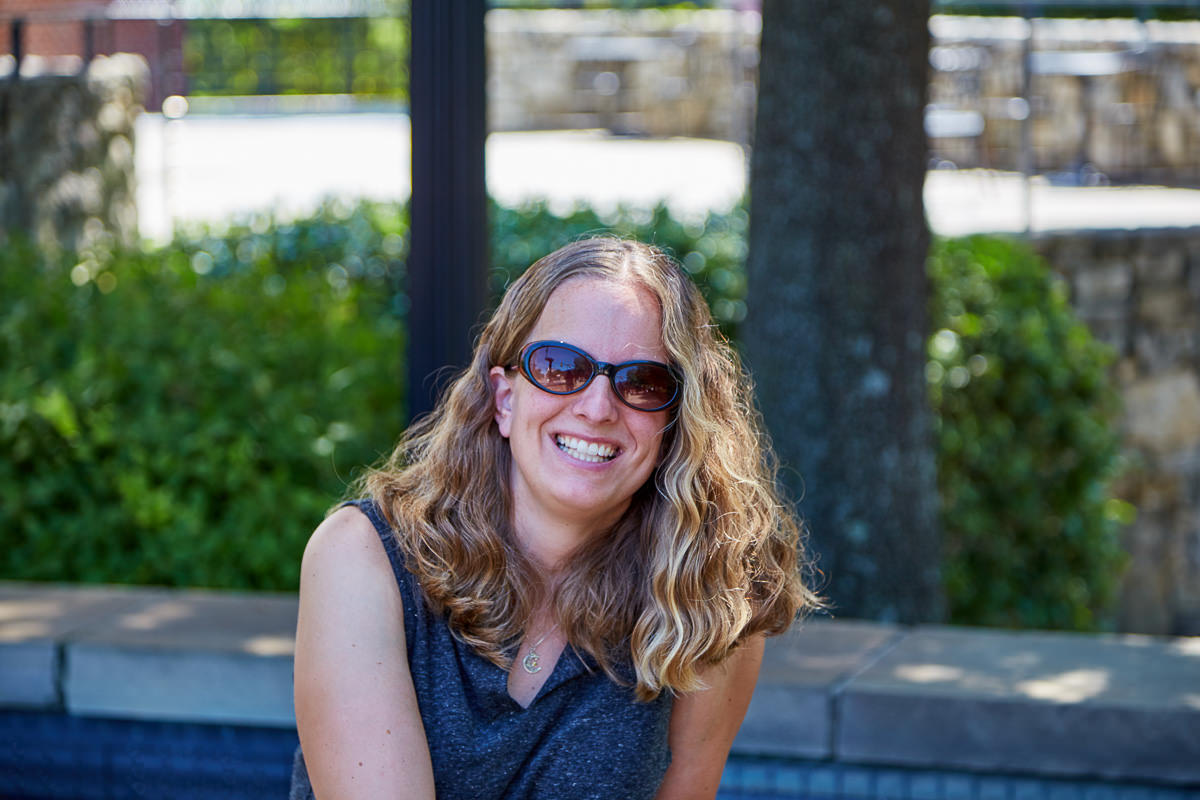 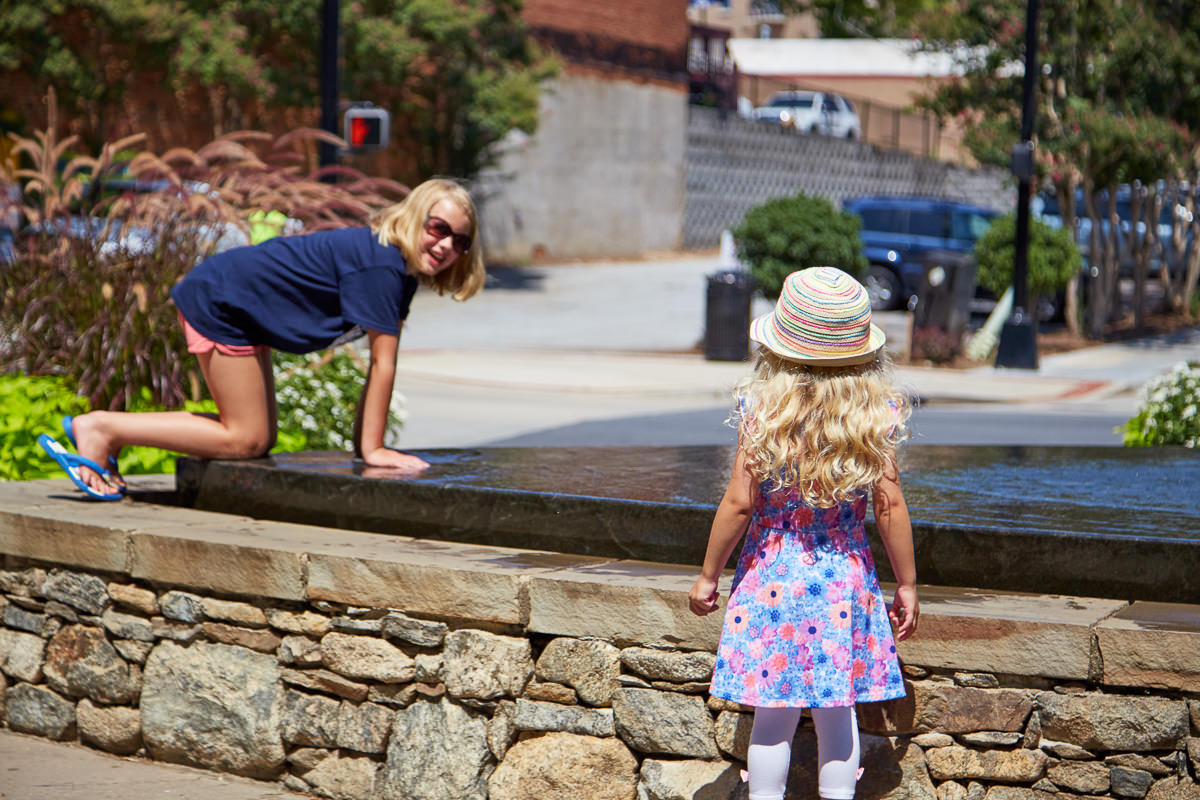 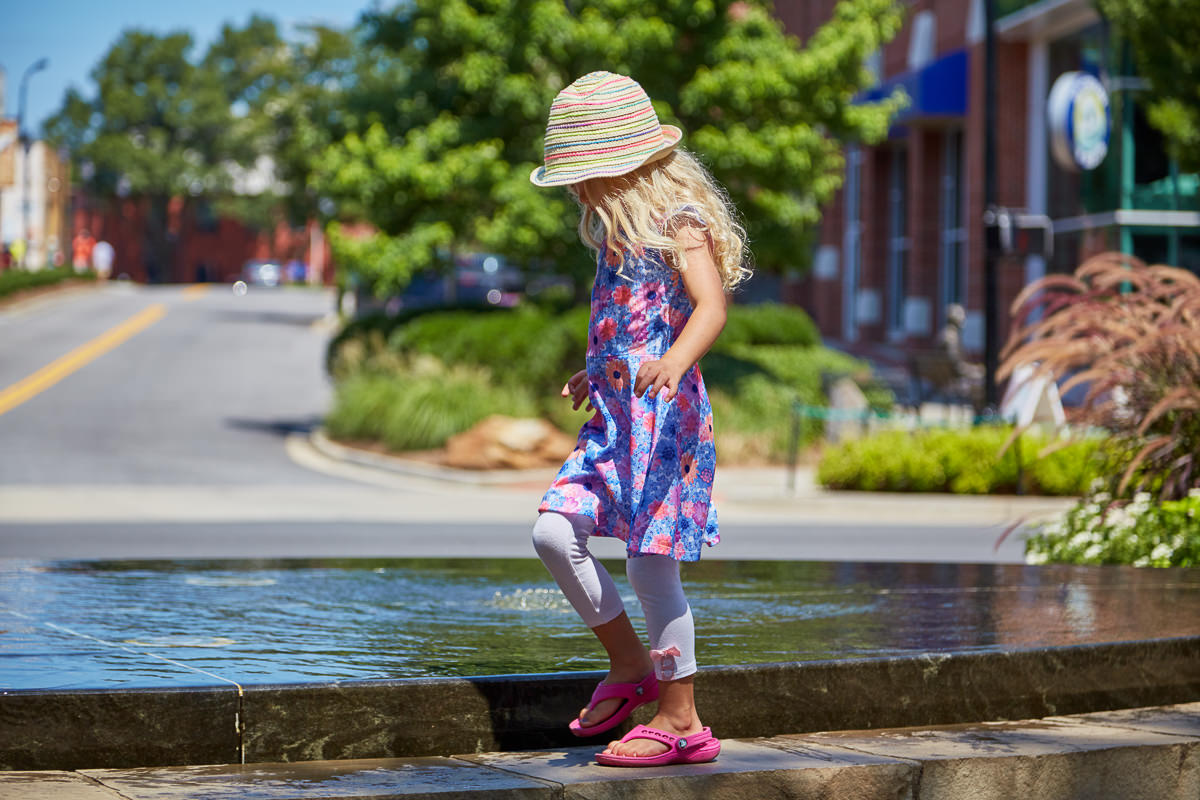 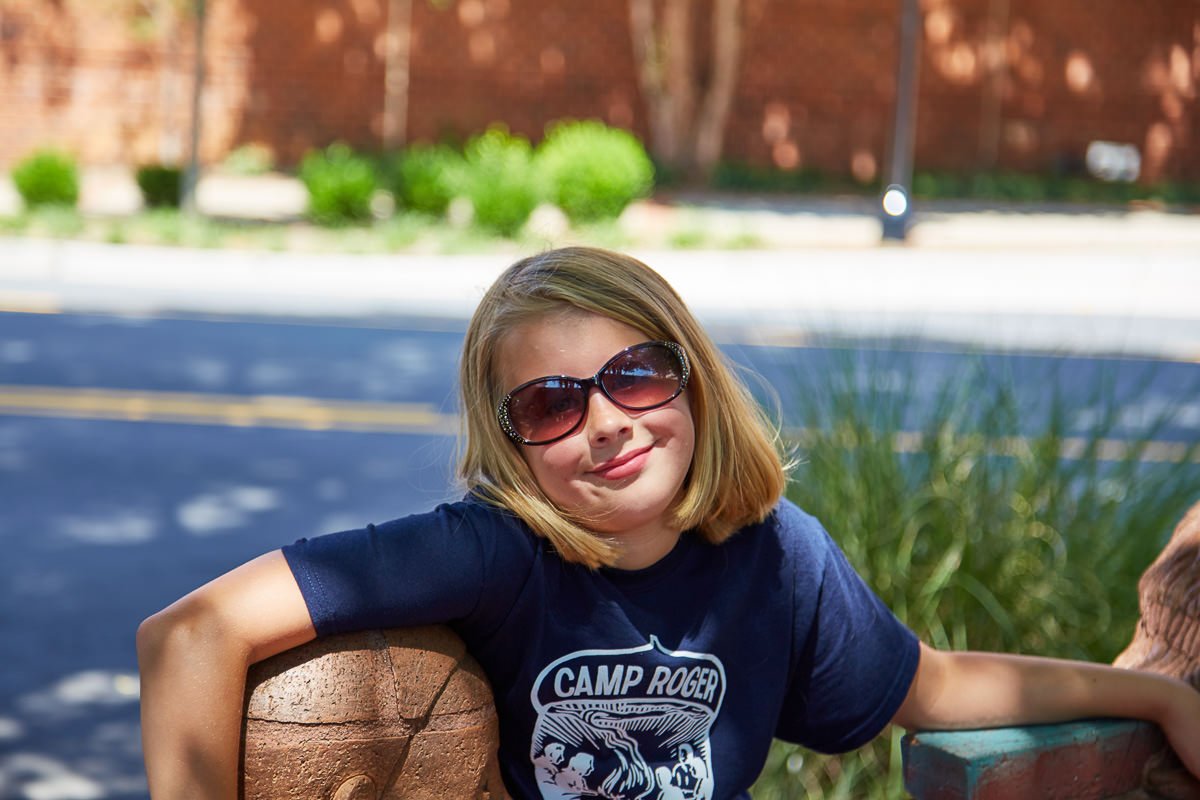 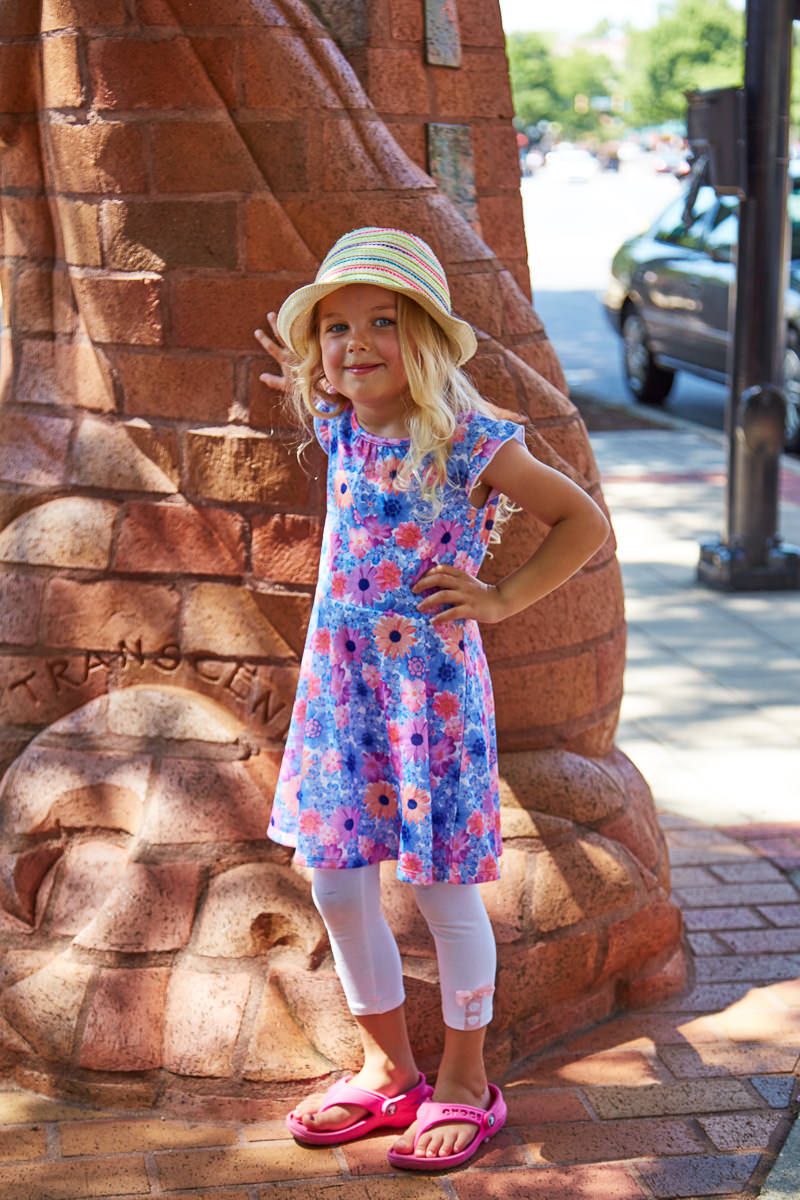 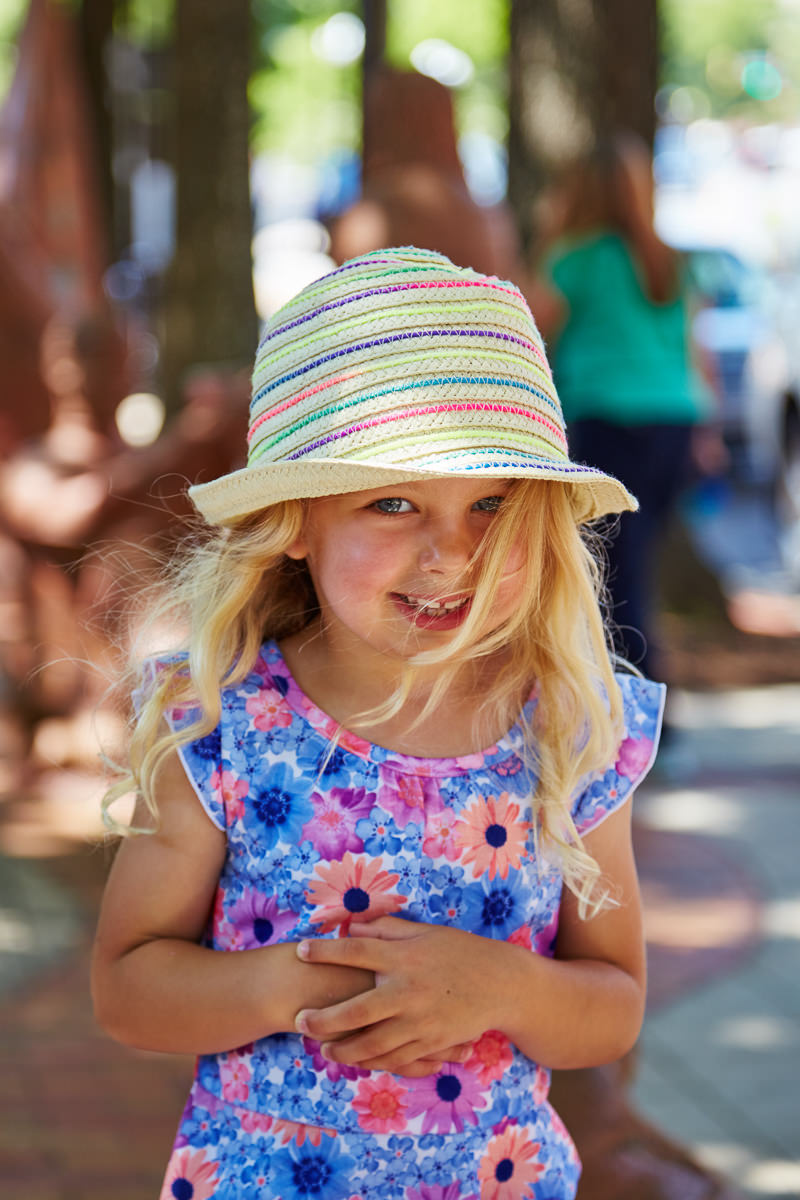 Later that day, the girls got their official welcome to the South, which can only mean a first trip to Chick-Fil-A. It would not be our only visit.