We recently moved to a new headquarters in Wyoming, after years split between two converted warehouses a mile away. Our new space is beautiful, with floor-to-ceiling glass throughout the building, and the building is packed with informal collaborative spaces – all of which has been the subject of rave reviews from nearly everyone who works there since we moved in September.

Each year in October, GFS hosts a Harvest Fest where the families and children of HQ employees come to the offices for trick or treating on a Friday afternoon. This year, Harvest Fest offered the first visit to the new building for most people’s families, meaning it was packed with several thousand people. Other than a few crowded doorways, the building accommodated the expanded crowd very well. Trick-or-treat stations were located throughout the campus, food was available in the sparkling test kitchen, and there were hayrides in the parking lot along with a photo opportunity for kids in a GFS semi truck. 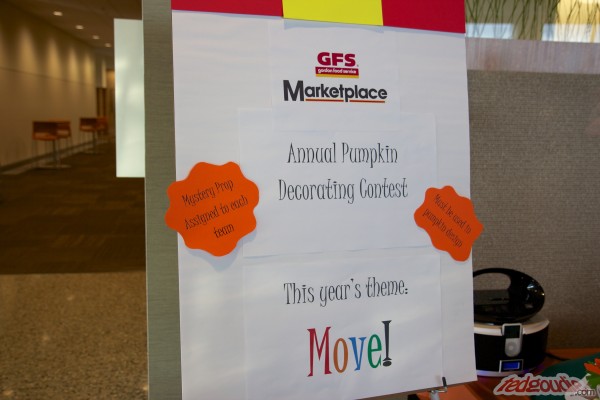 Another October tradition is a pumpkin carving (well, decorating, really) contest among the GFS Marketplace headquarters staff. The contest always has a theme; this year’s was the relevant “Move.” Each team also gets a random prop that must be incorporated with the pumpkin. Employees from other parts of the company vote and the winning team gets early retirement (well, not really. But they do get pizza or something – I’ve never been part of the winning team to know). You can be the judge: 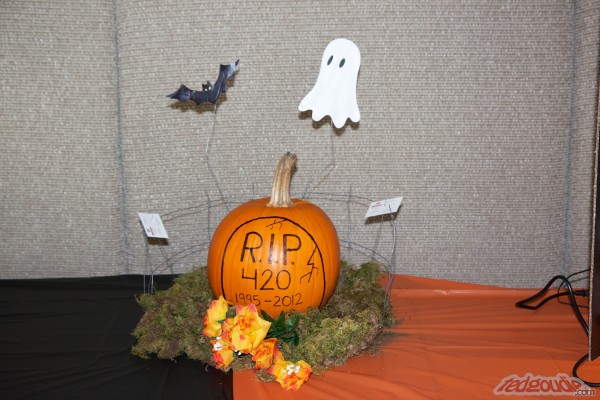 “420” refers to the dingy warehouse office space we left behind (420 is the street address) and the mystery prop is the bunch of fake flowers. 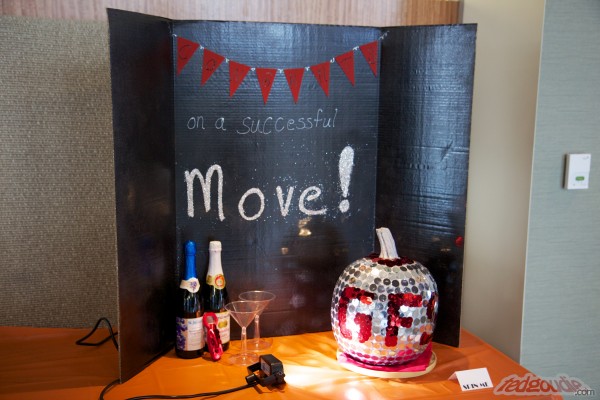 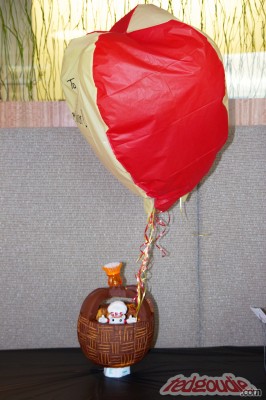 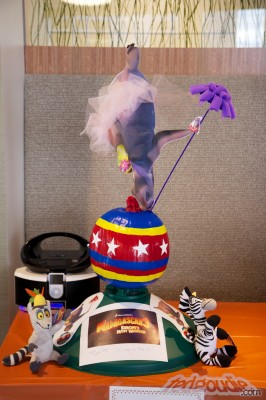 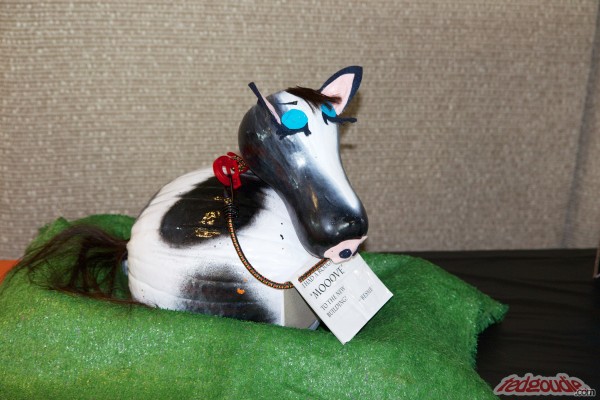 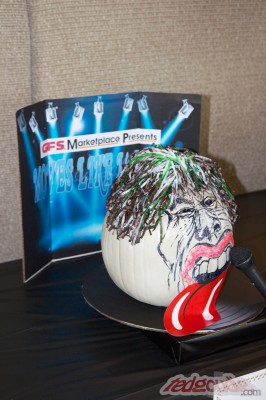 Which one gets your vote? I thought the balloon was pretty cool, but it didn’t win. The rotating hippo won and it was a great entry. Which team was I on? The one that came in last, of course (RIP 420). 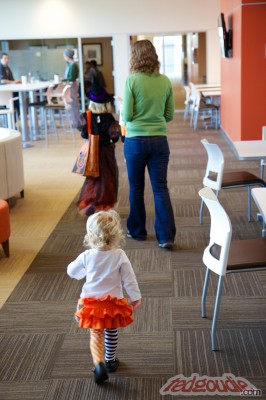 Aly dressed in her witch costume, while Leah wore her cute pumpkin outfit with the mismatched tights (they come that way). 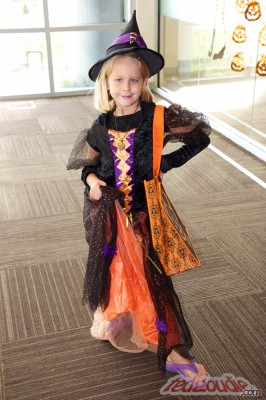 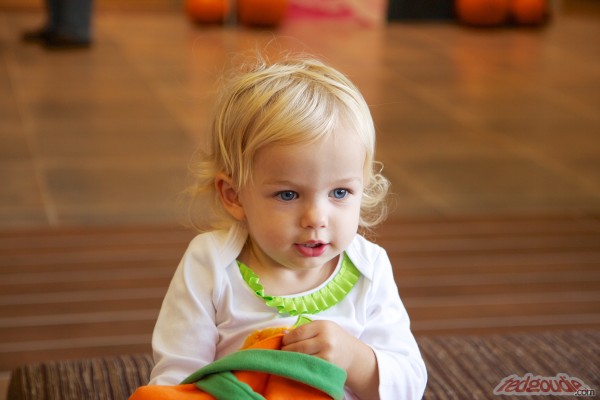 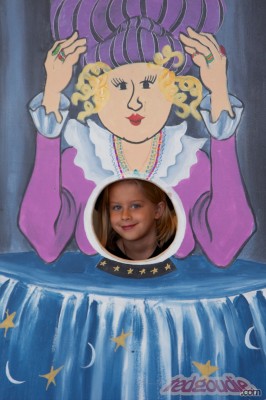 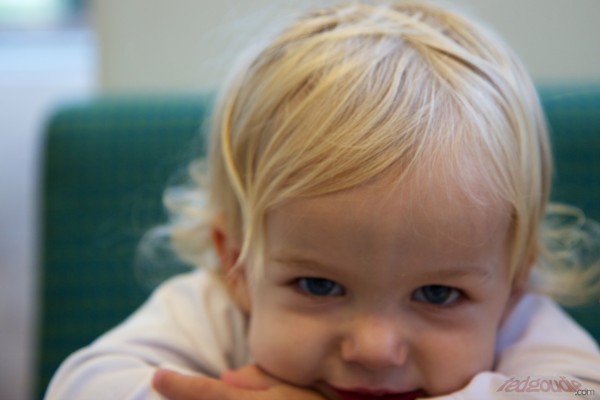 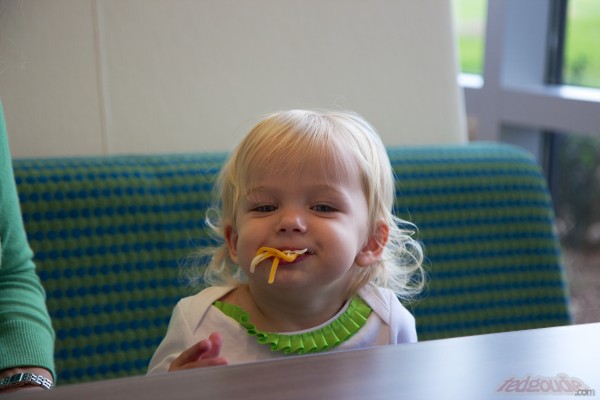 Despite the fact that GFS provided lots of tasty food for us, Leah partook of only the cheese, which was intended as a chili topping. The girls also made their first visit to my desk, which Aly referred to as my “cubby” instead of cube. I must admit, it does cute up my work a bit if I think of it as my cubby. They also enjoyed saying hi to my cubby-buddy (cubemate?) Karla and her whip cream post-it note. 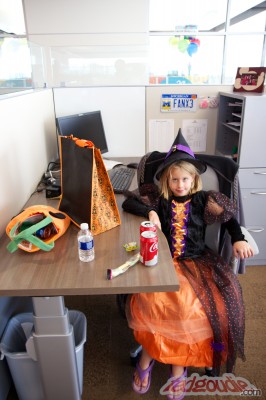 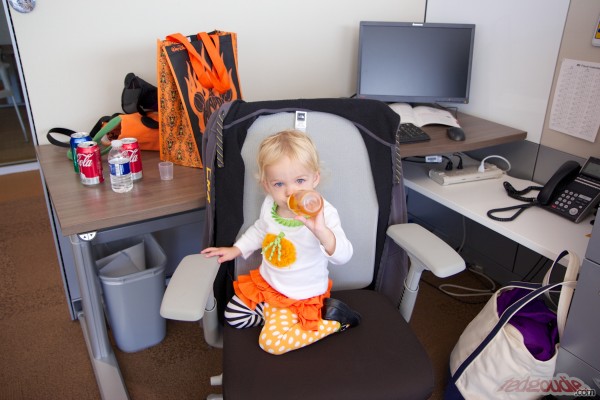 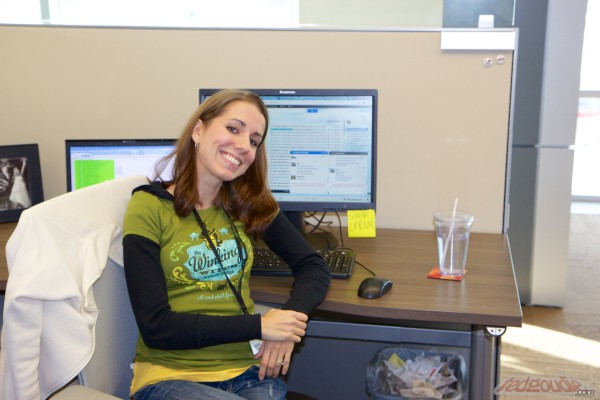 While driving back from the store today, Aly and I had the following conversation (yes, it started this randomly):

Aly: “When I’m at least 22, I’ll be a gem miner.” (She means treasure hunter, but one who only collects pretty gems)

Aly: “After I collect my gems, I’ll take them to Cash 4 Gold so I can make lots of money.”

Cash 4 Gold? I’m picturing Lara Croft (in the form of slow-motion-running Angelina Jolie of course) dusty and dirty walking into a strip mall Cash 4 Gold with someone out front on the sidewalk dressed in gold waving to cars. Hilarious the way the smaller kids think.

Click on a thumbnail to open the gallery, then use your arrow keys to navigate.