We gathered up and headed down to breakfast in the main dining room to meet the rest of the clan. 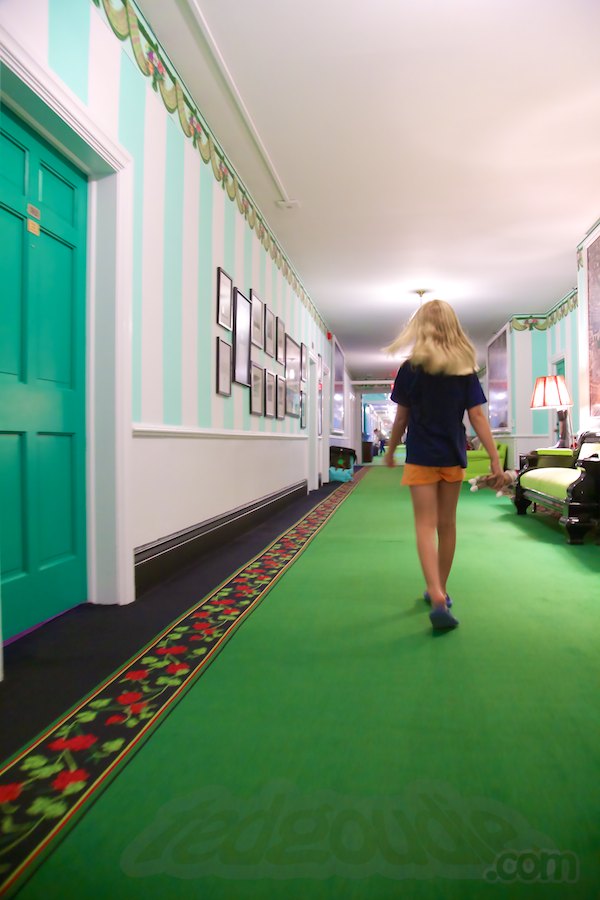 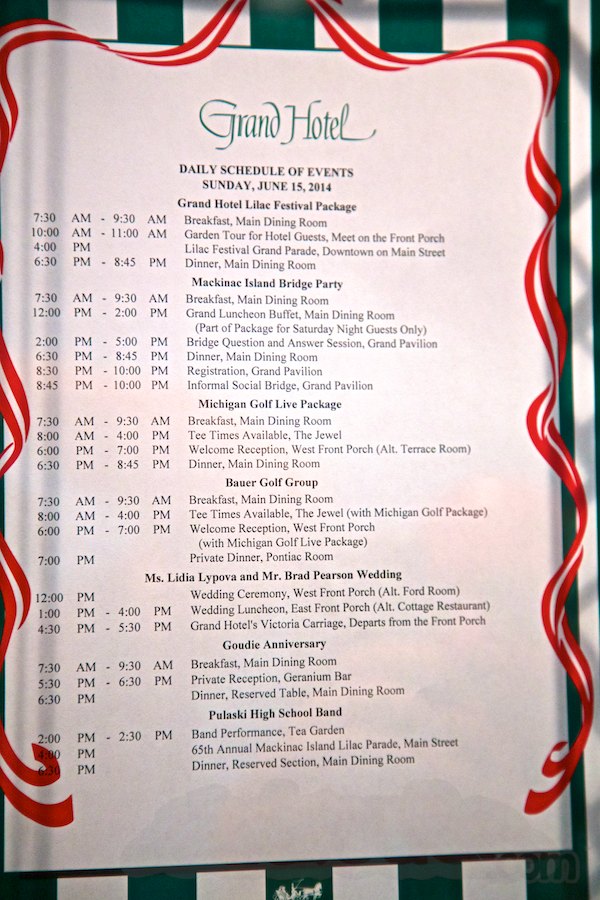 Sunday was the day we were actually celebrating my parents’ 50th anniversary, as you can see from the daily schedule above. Unfortunately, Jaferay was not working at breakfast this day, but Kevin and Ansel took great care of us, and the stoic Kevin came out of his shell with Leah, keeping an eye on her while she journeyed to the breakfast buffet in search of Maggie.

The Jewel and Hot Chocolate

After breakfast, the three fathers (it was Father’s Day, after all) and Will headed across the street  to the Jewel, the Grand Hotel’s golf course, and a place that I used to spend a lot of time when at the Grand with my parents back in the banking convention days. Doug and I played with rental clubs and Will hunted for golf balls, enjoying his role as golf course scavenger. He ended the round with 7 or 8 golf balls in his pockets, which was handy, since Doug and I donated our share to the course. I carded a 53, which isn’t terrible considering I almost never play golf anymore. 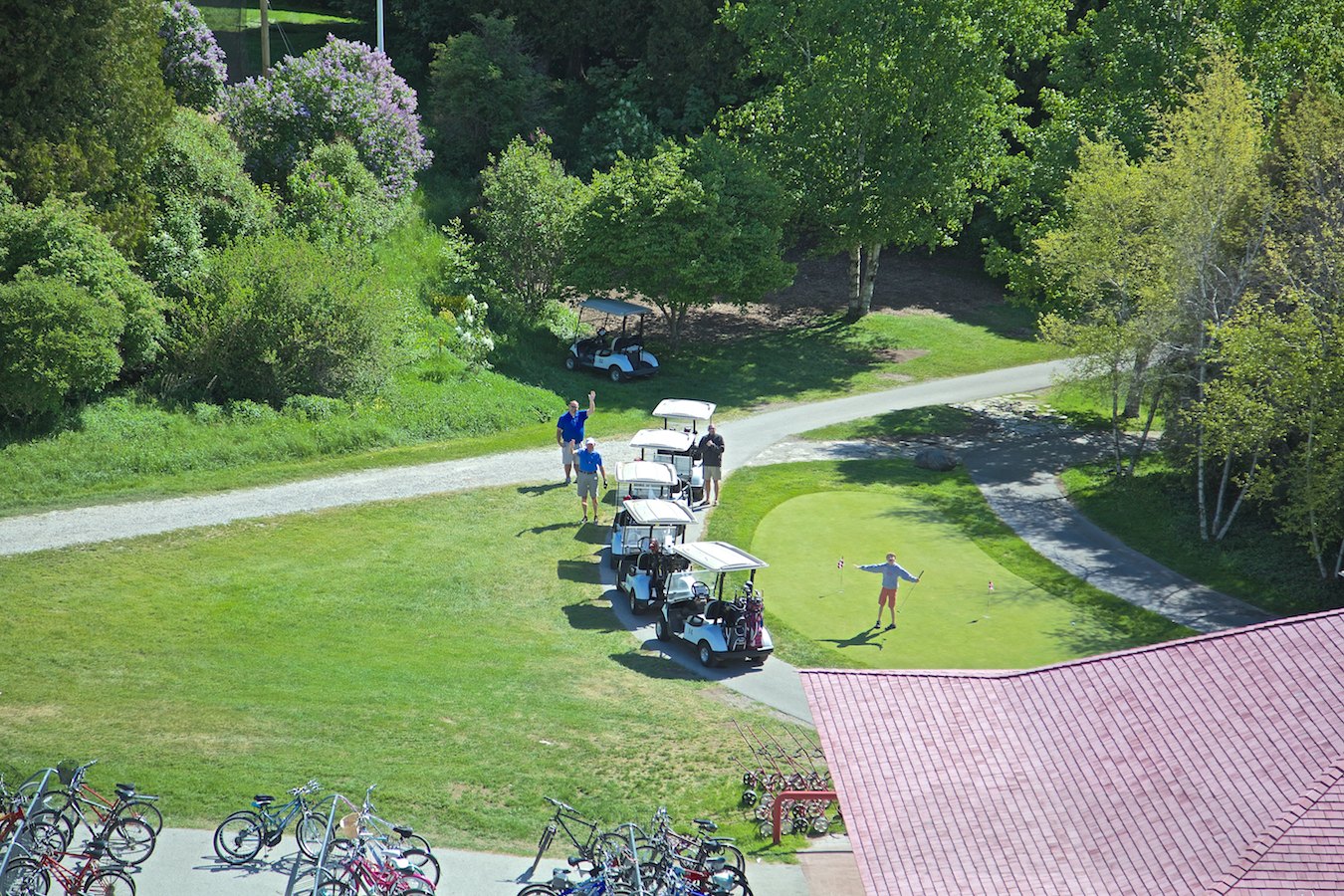 Rachel took that shot before we teed off, from the balcony off our room. While we golfed, the gaggle of girls went back to the playground and then downtown to another playground by the fort. The kids were tiring on the walk back up the hill to the hotel, so Grandma Jan bought them some hot chocolate which got them over the hump.

We reconnoitered and then gave in to the kids’ collective desire to go swimming. The temperature had somehow dropped about ten degrees since we had left the golf course, and the wind was absolutely whipping, with mini whitecaps on the pool. The temperature was right around 50, and I don’t even want to think about what the chilled wind brought it down to. 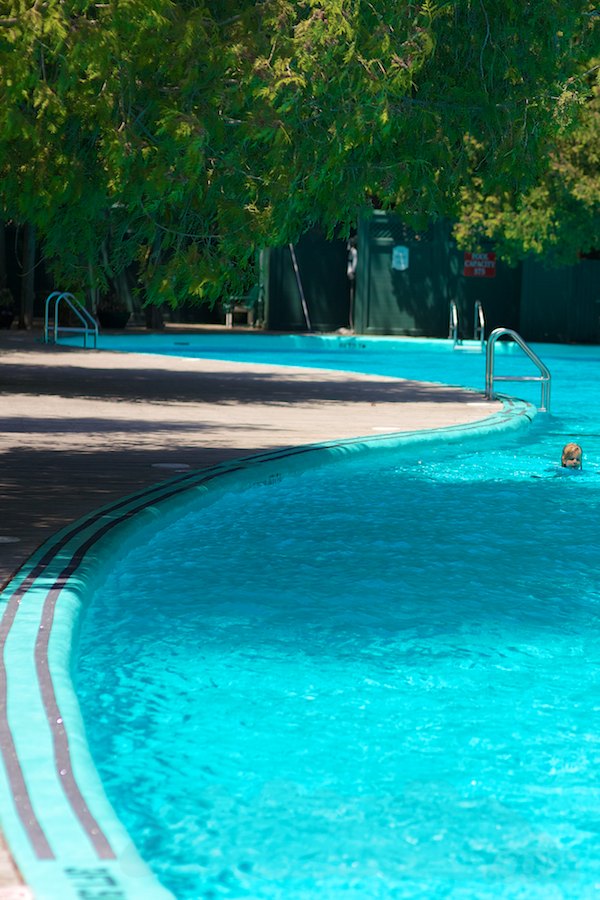 The pool felt nearly as cold, and despite Leah’s pleading beforehand to only swim in “the cold pool”, she quickly discovered the relative joy of the hot tub. I had ordered lunch, which arrived while I was swimming with Leah. I got out to eat lunch and was shivering and covered with goosebumps for the next twenty minutes, despite being wrapped in many towels – it was freezing! The pool is massive and quite lovely, and it is nine feet deep at one end, something you don’t see much anymore. 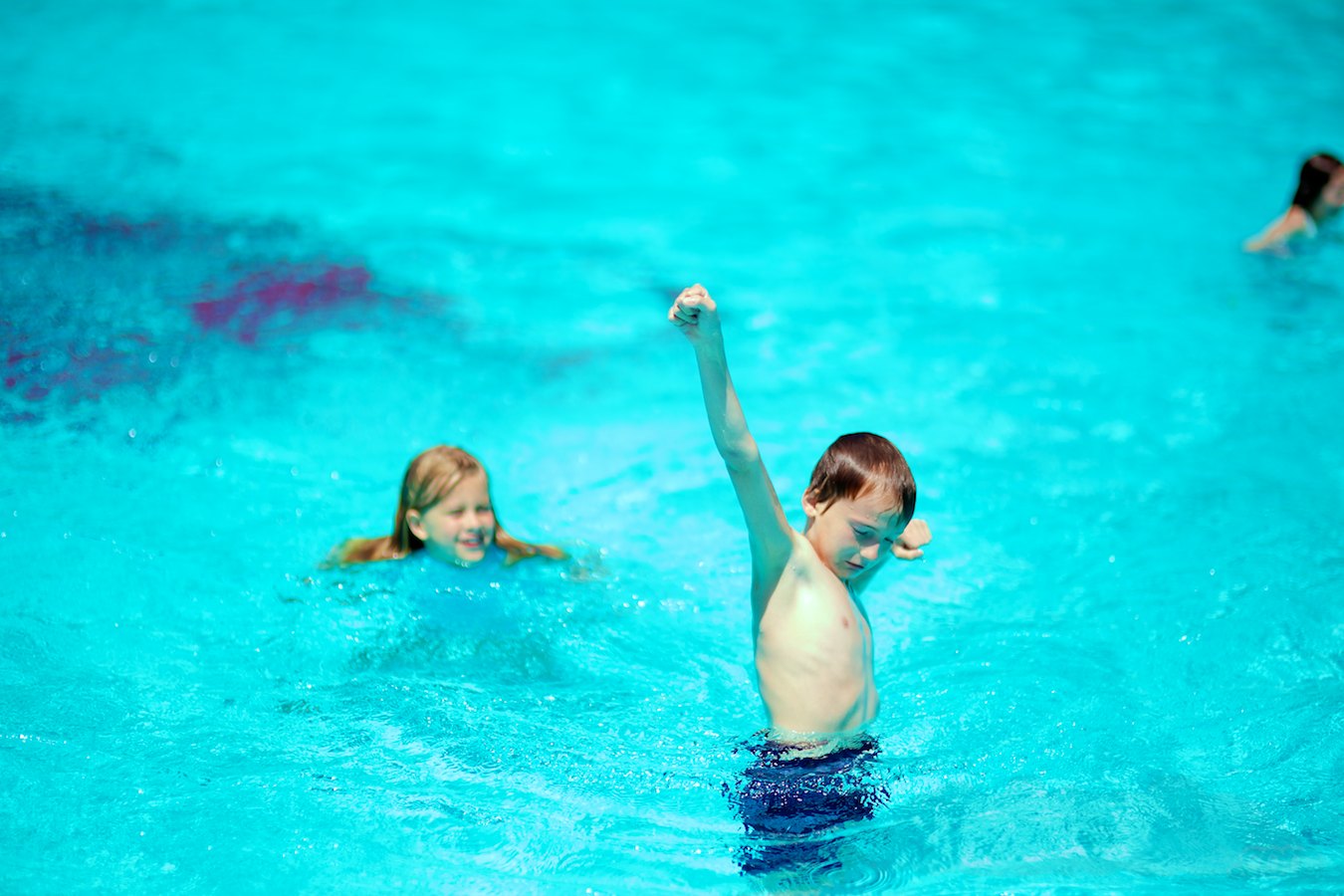 When we got back up to the room, Leah had a complete meltdown and was put into timeout in one corner of the room. I was editing photos lying on the nearby bed, while Rachel went downstairs to retrieve Aly. I tried talking to Leah several times, but she just got angry every time, so I worked quietly. When Aly and Rachel came back to the room, Aly asked where Leah was and I pointed to the corner. Aly went over for a look and started laughing: 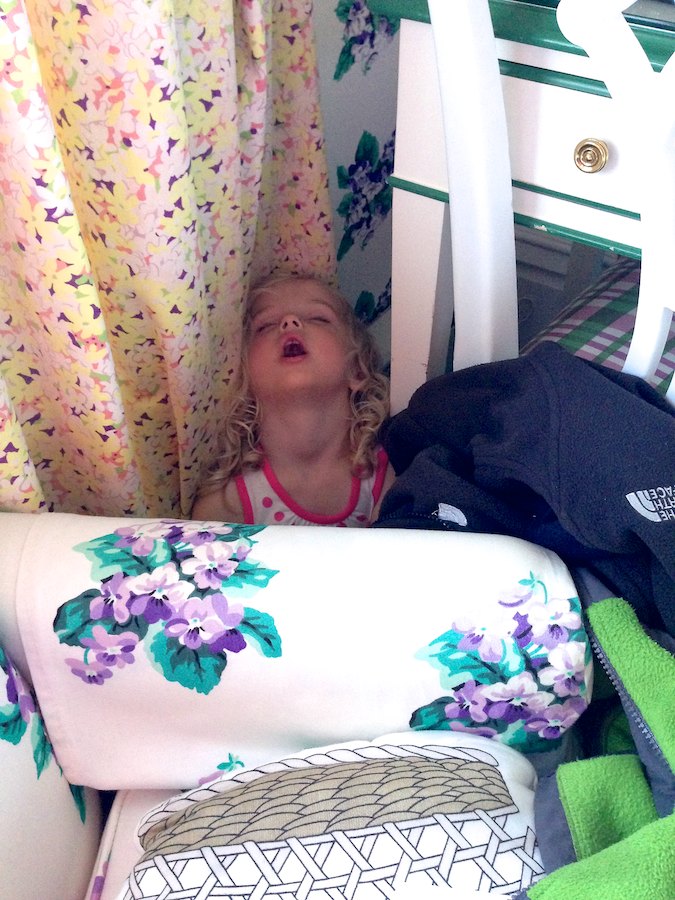 Yep, she had nestled herself into the corner and fallen asleep like that. A short while later, she adjusted thusly: 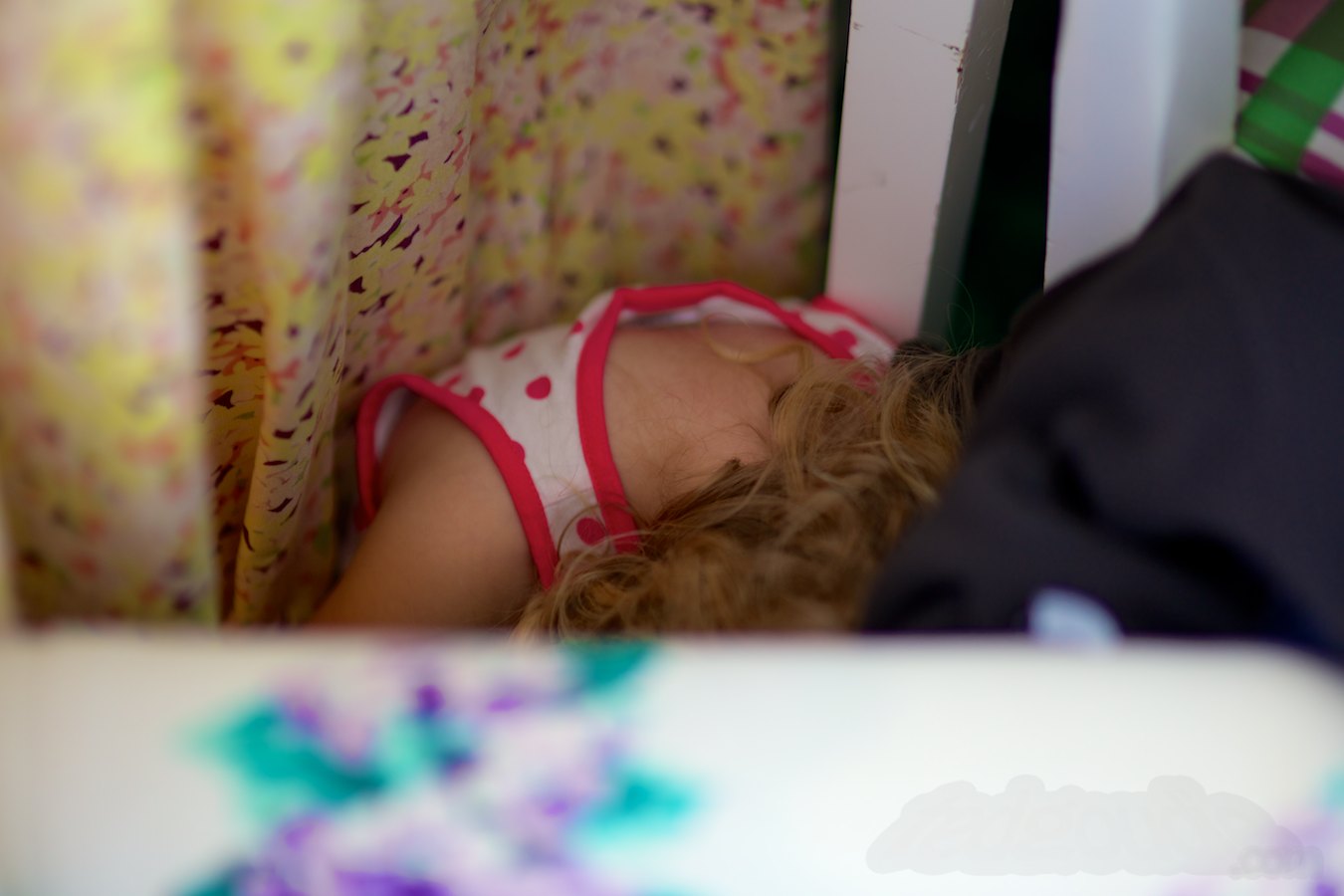 The three of us got ready for the evening while we let her catch up on sleep, then we woke her and got her dressed up as well. 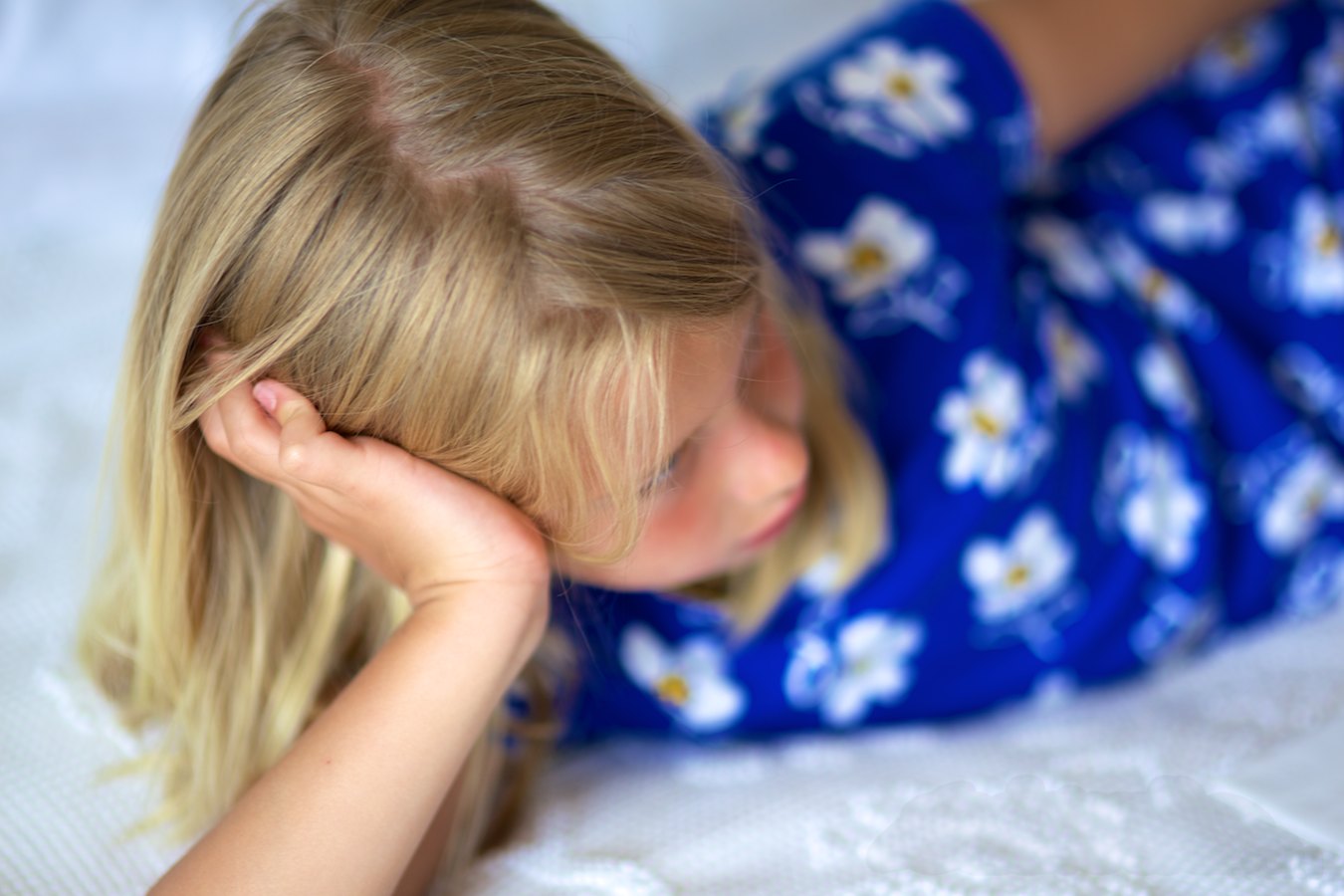 We headed down to the Geranium Bar, where the hotel had put together a nice little reception to honor the anniversary. 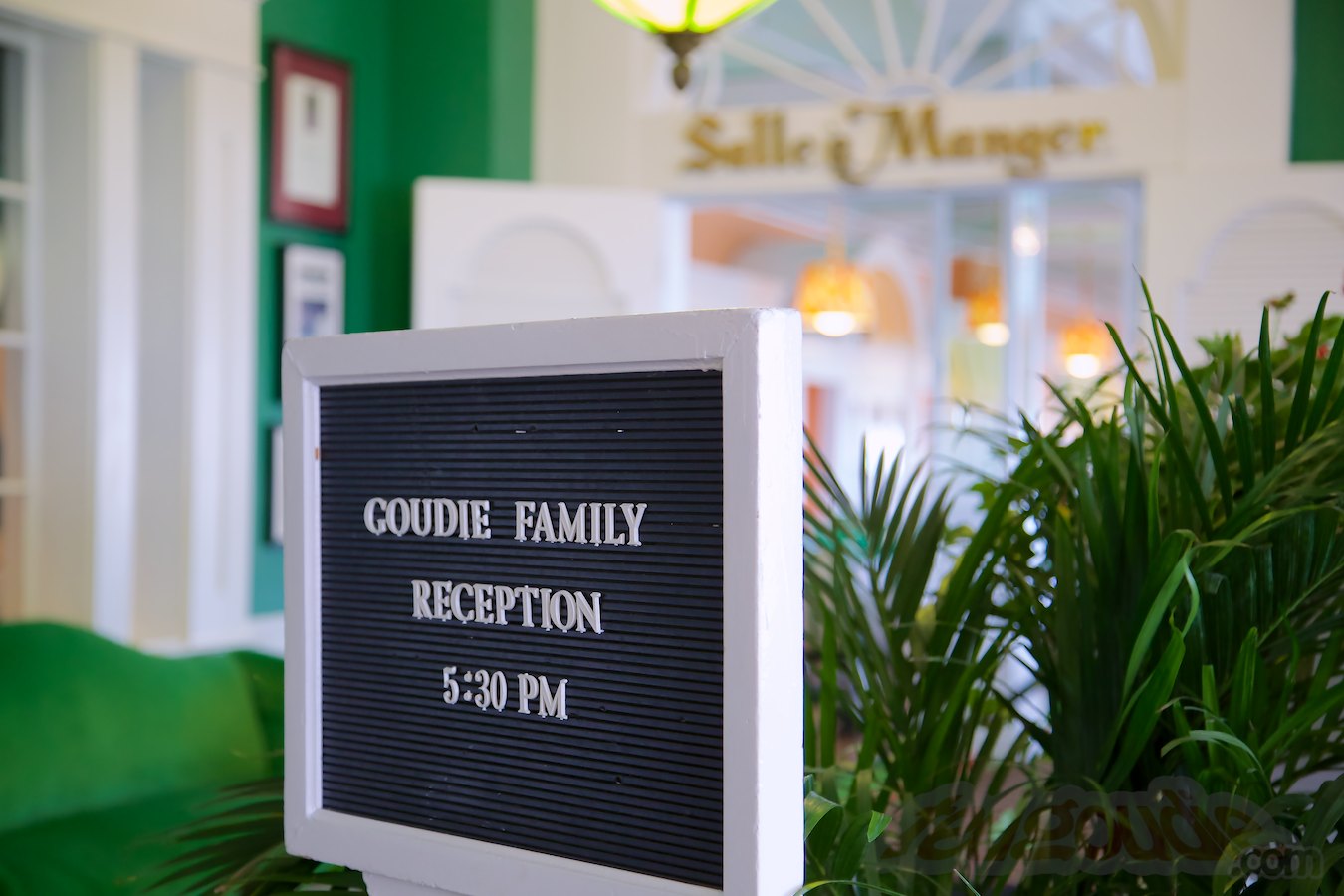 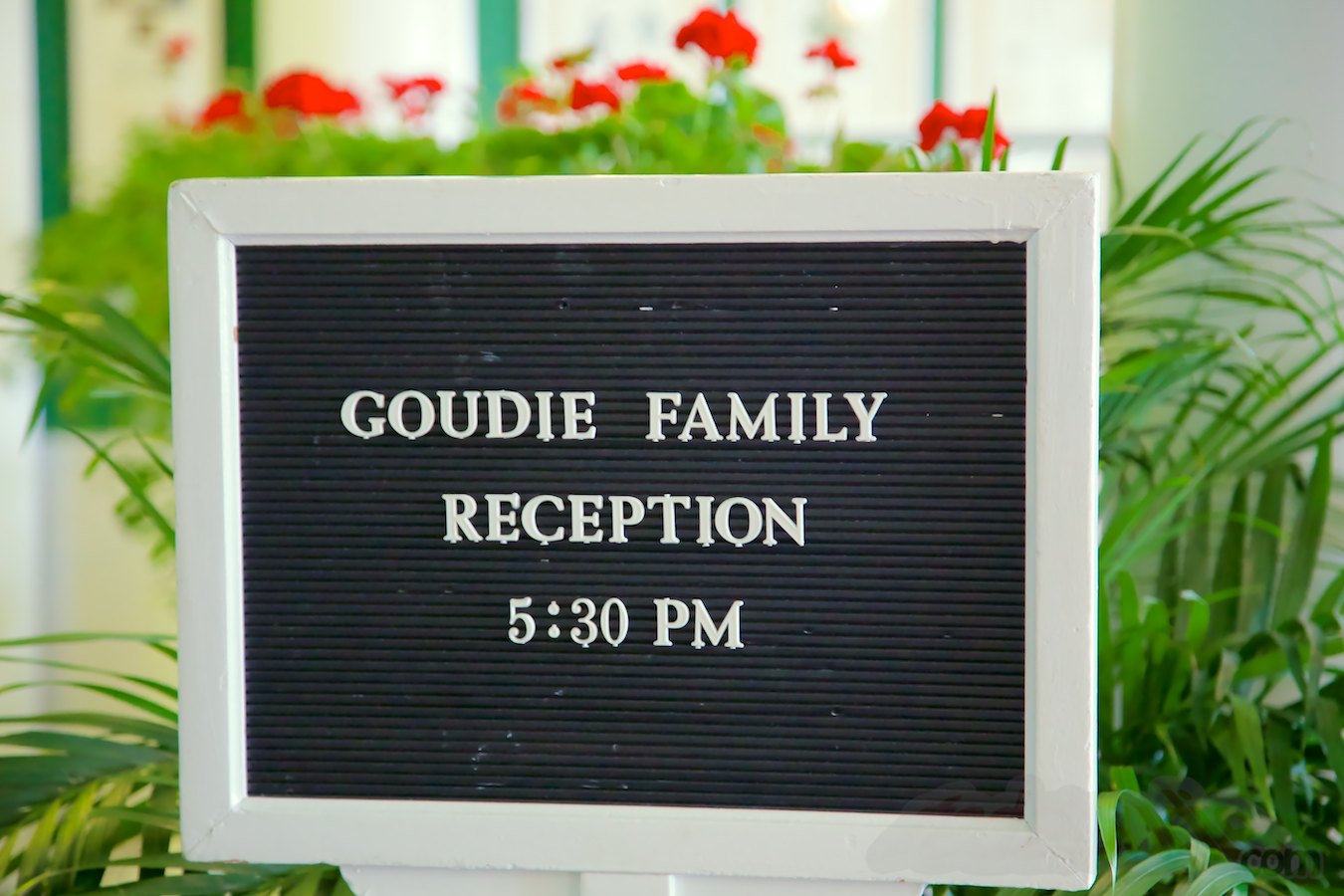 Molly, a convention host for the hotel, was there to make sure we had a great time (which we did) and talked about her time working at DisneyWorld; it turns out she’s as much of a Disneyphile as we are! She was also nice enough to take a group photo that clearly shows how much sun the three Dads got golfing: 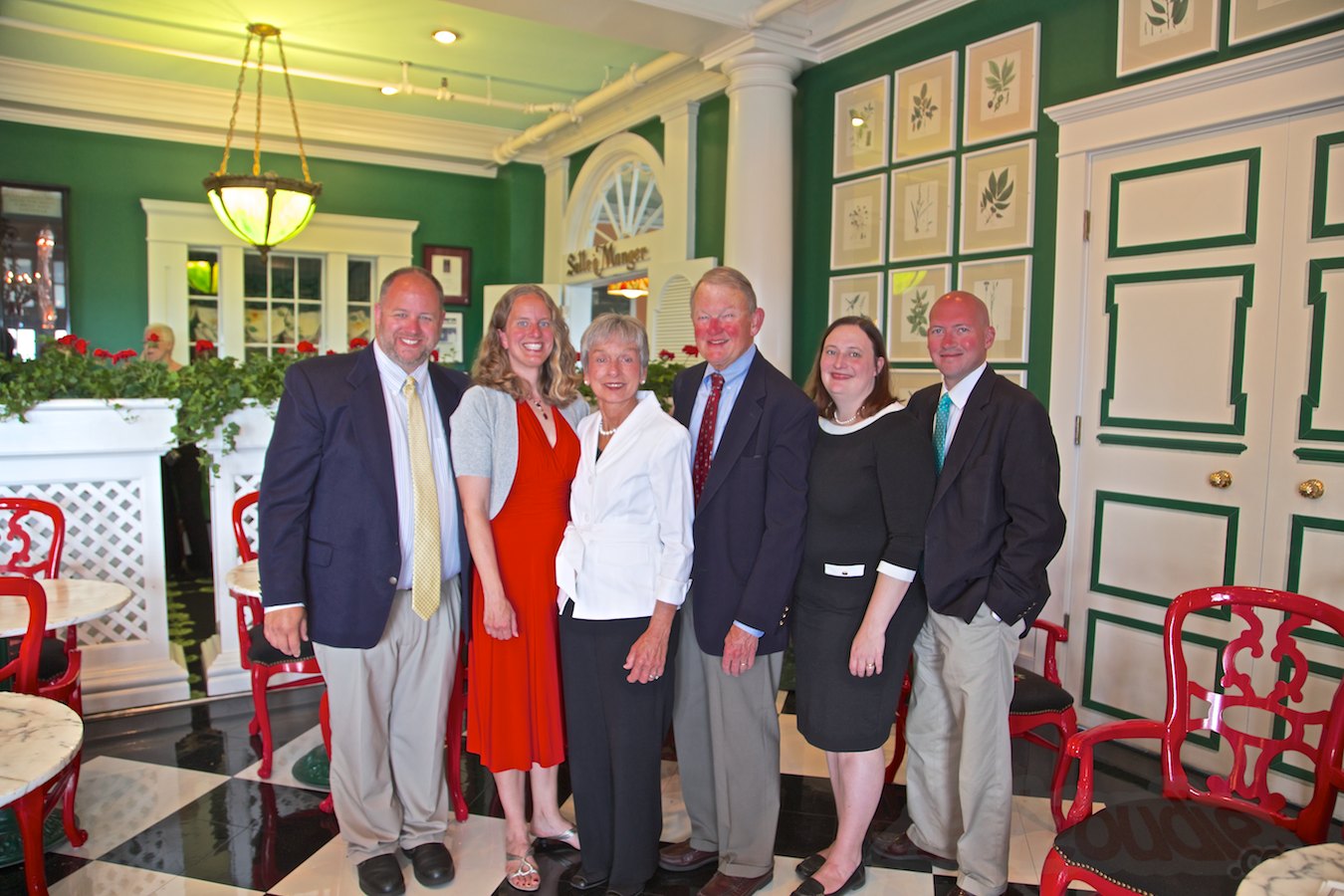 That’s Doug playing the part of Bob the Tomato. 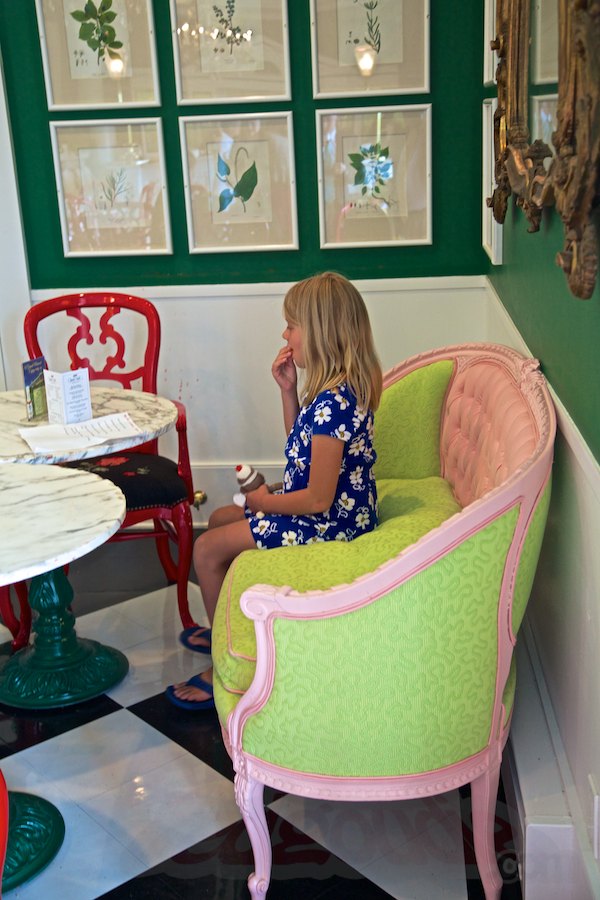 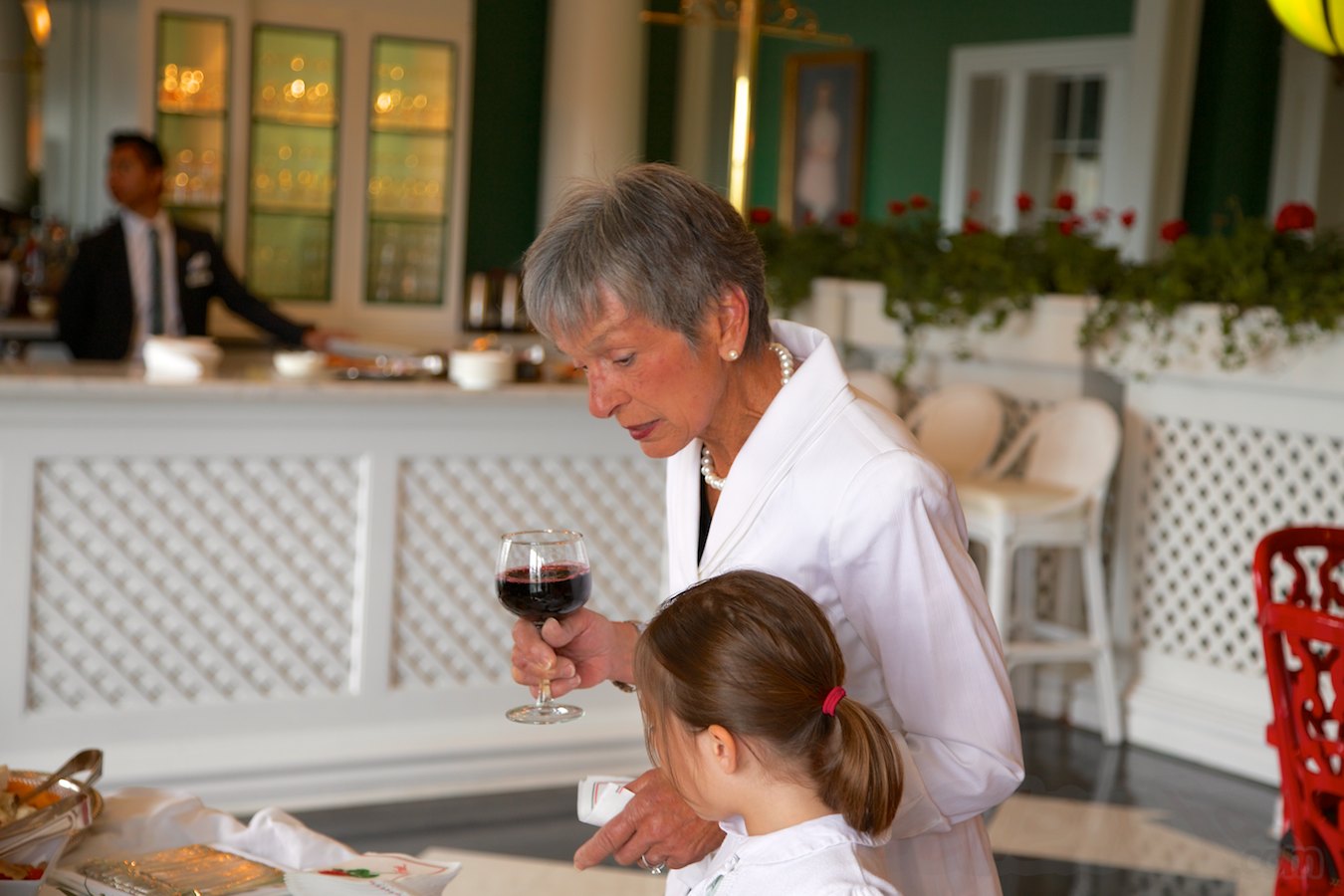 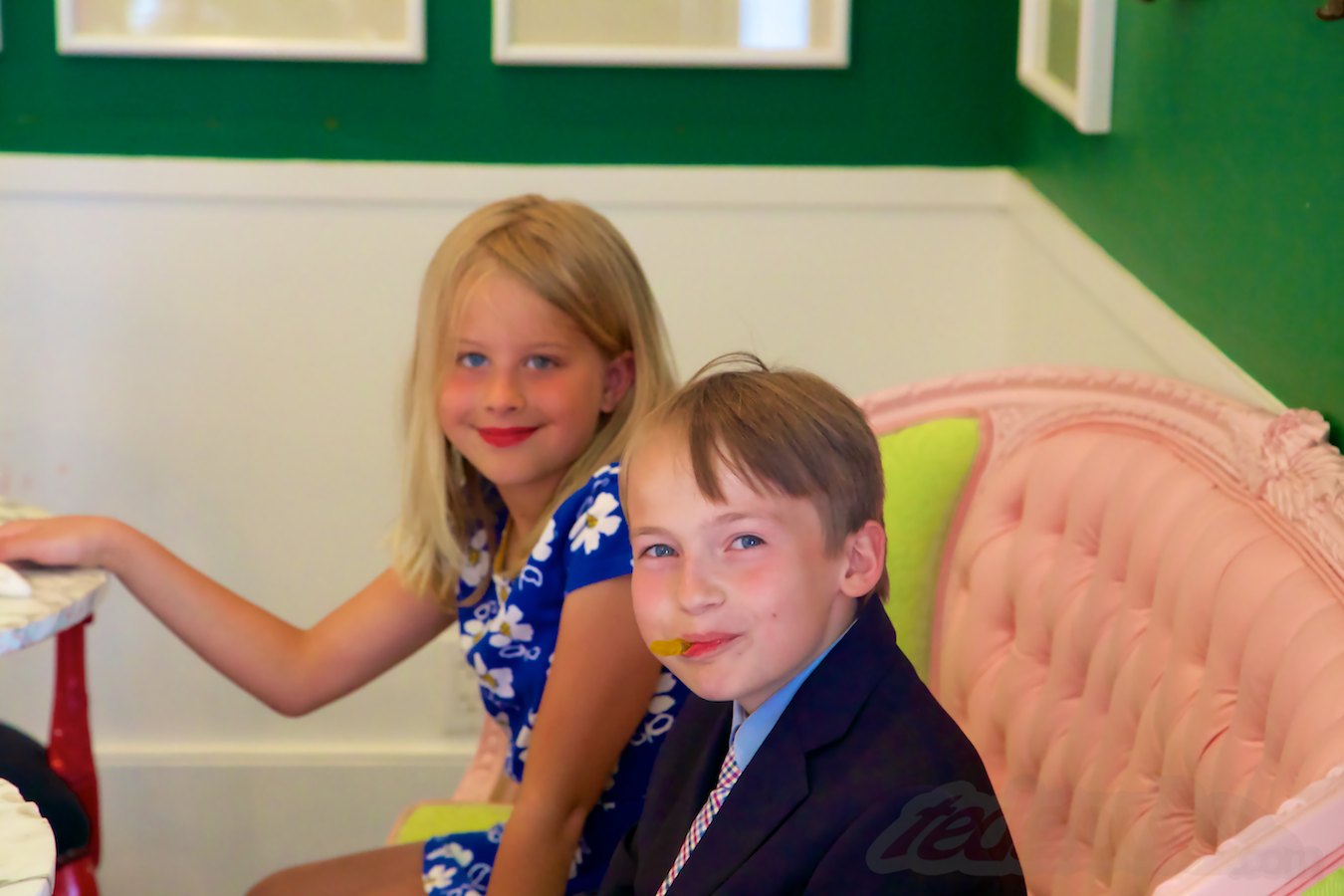 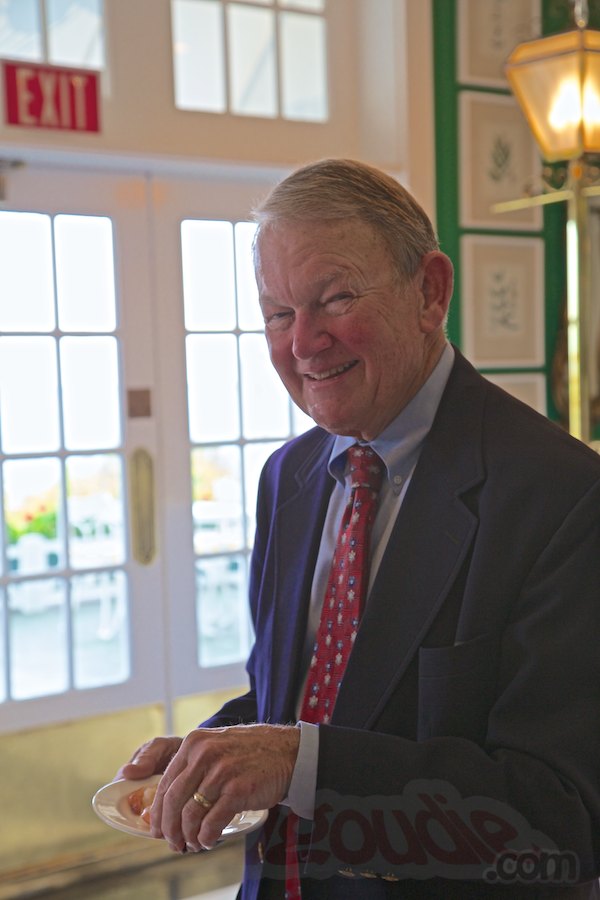 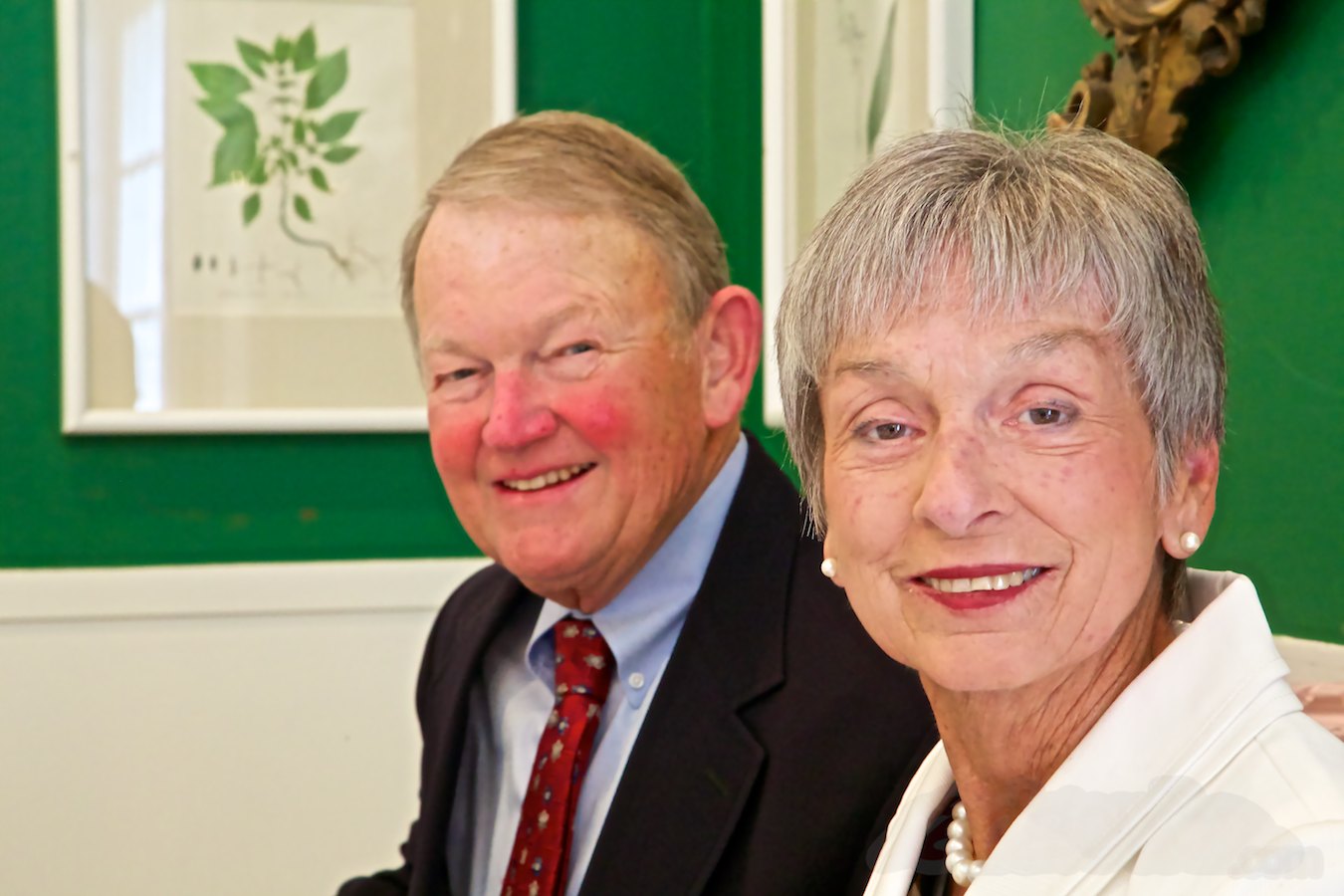 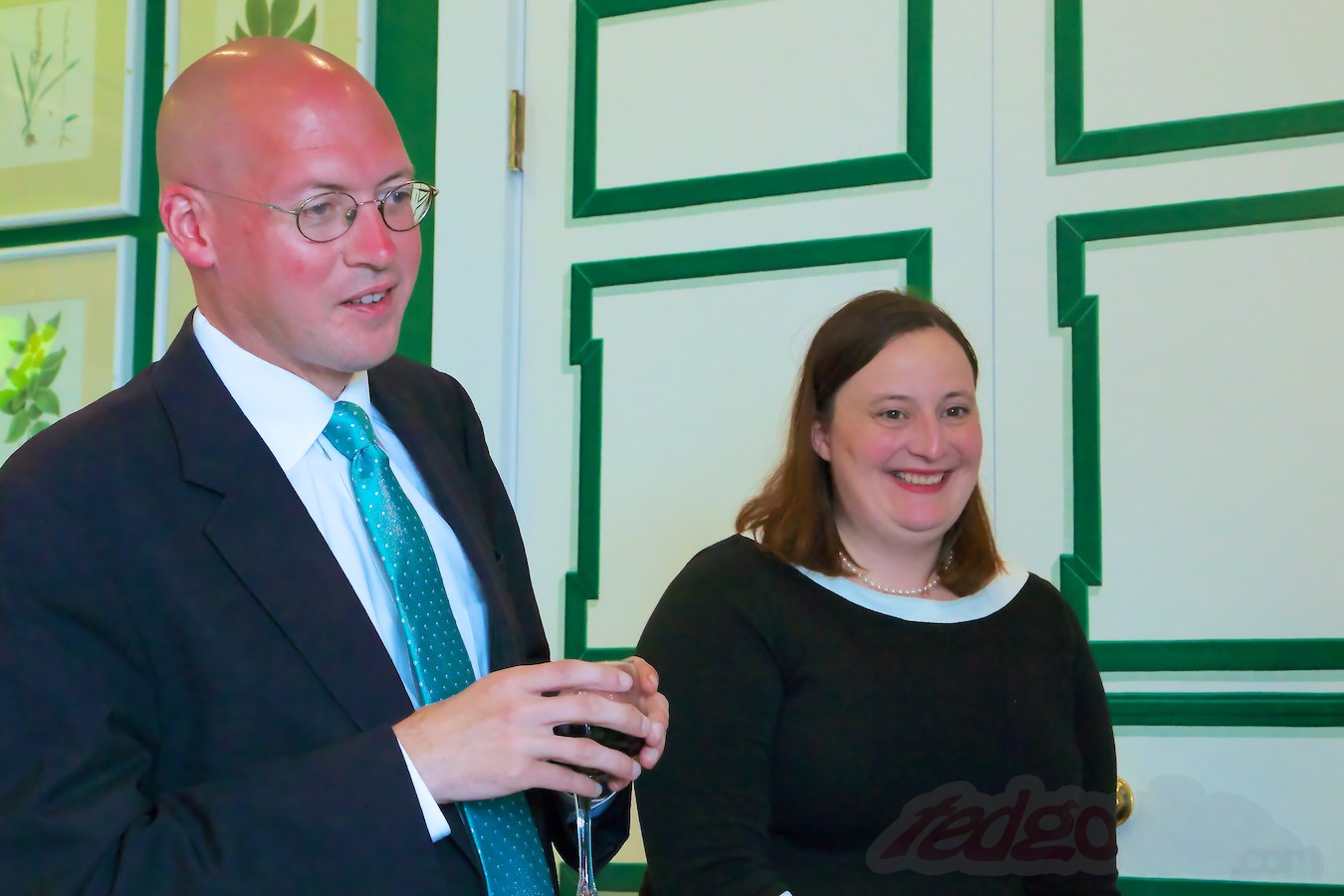 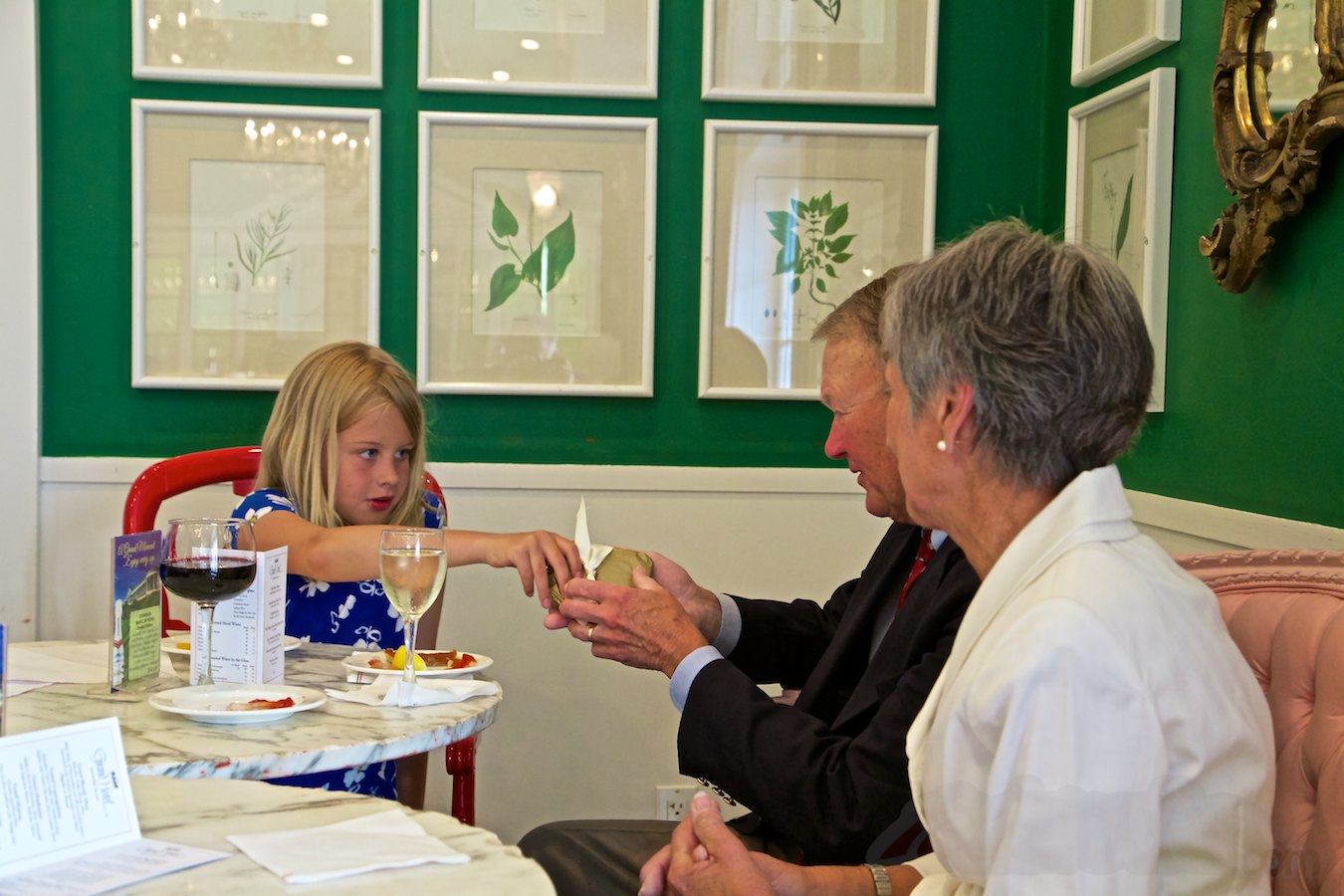 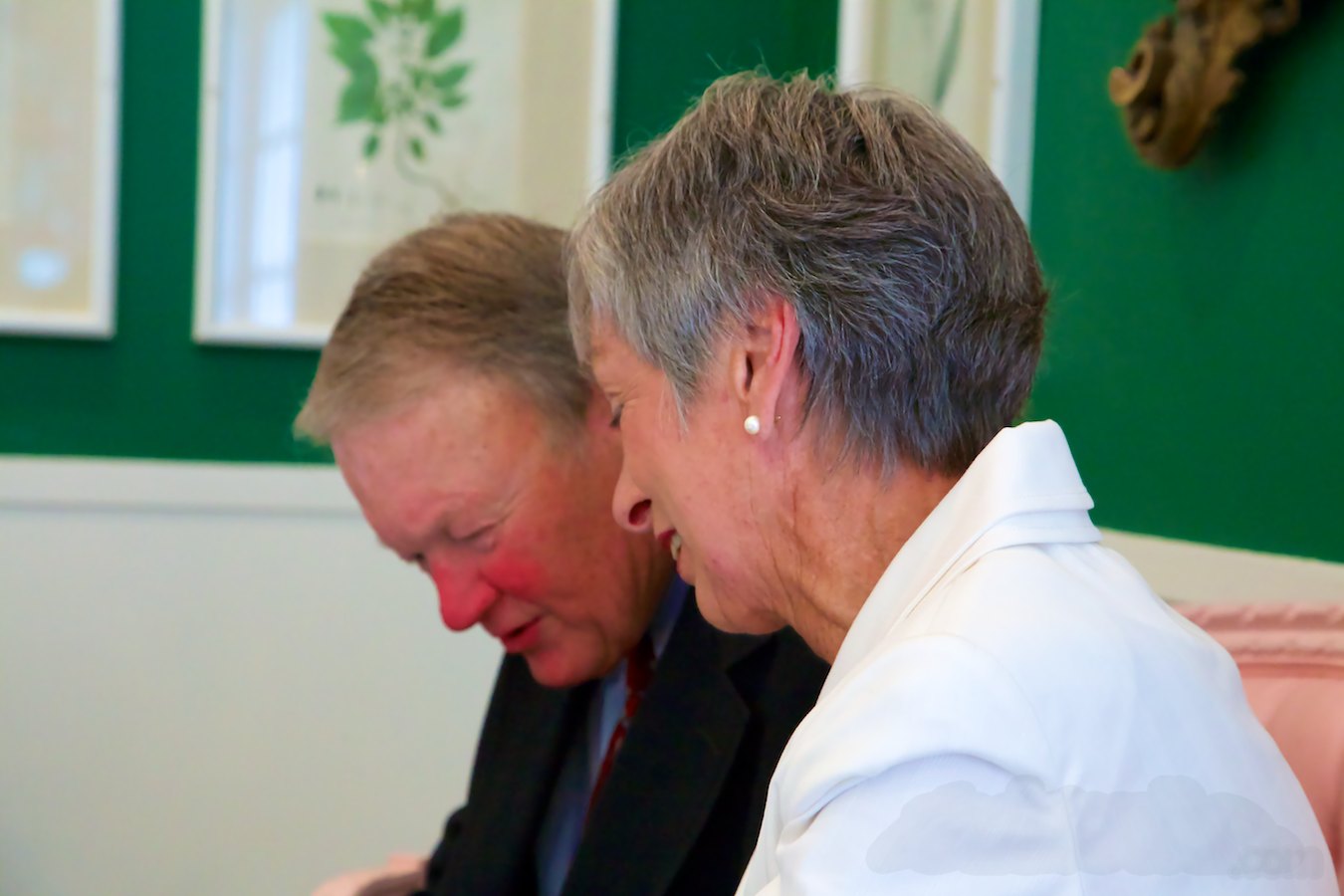 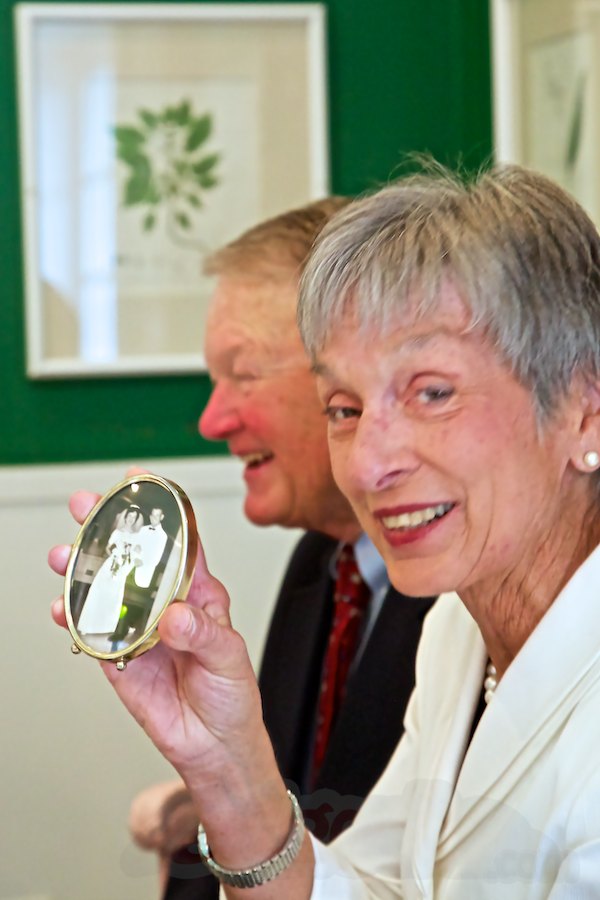 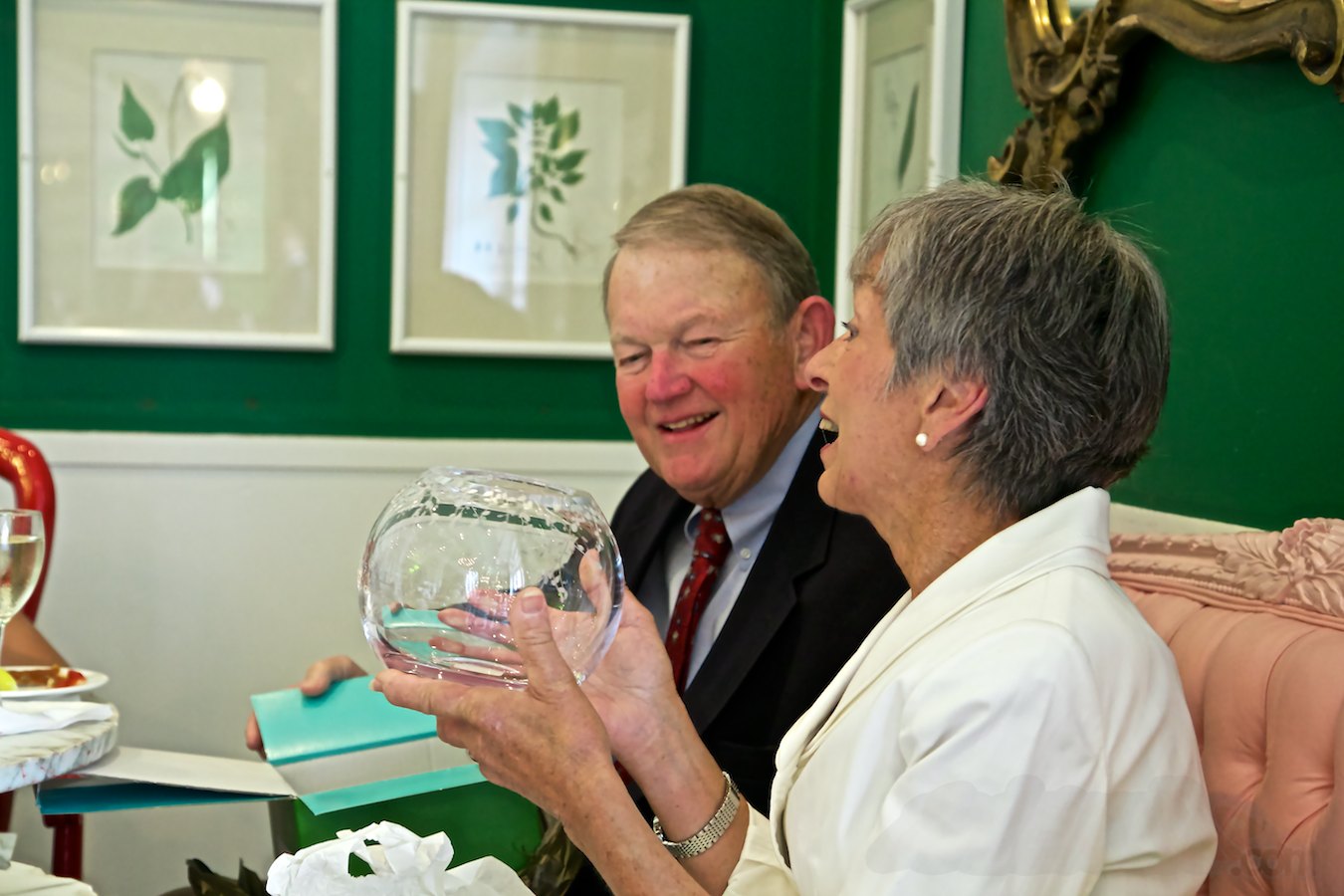 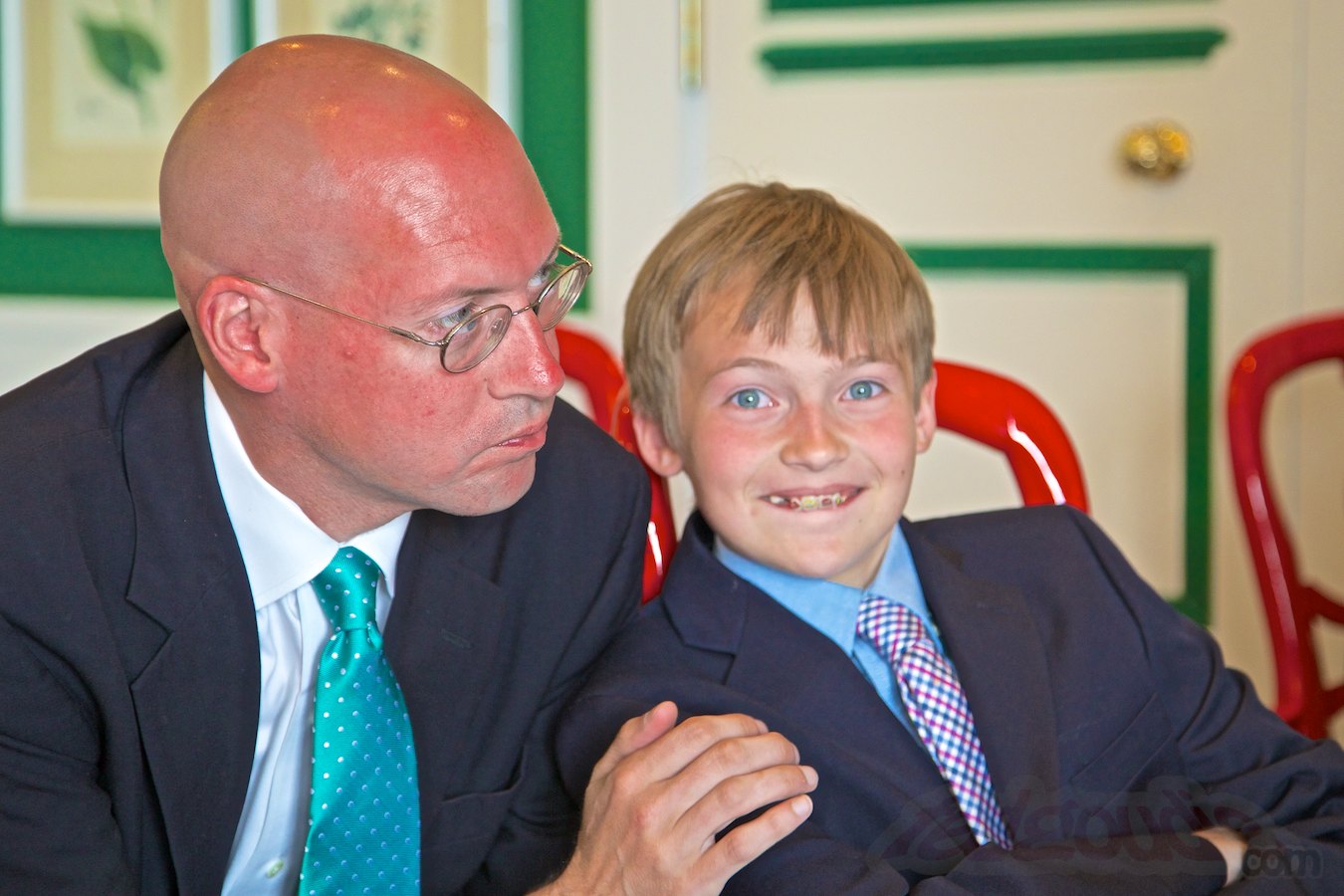 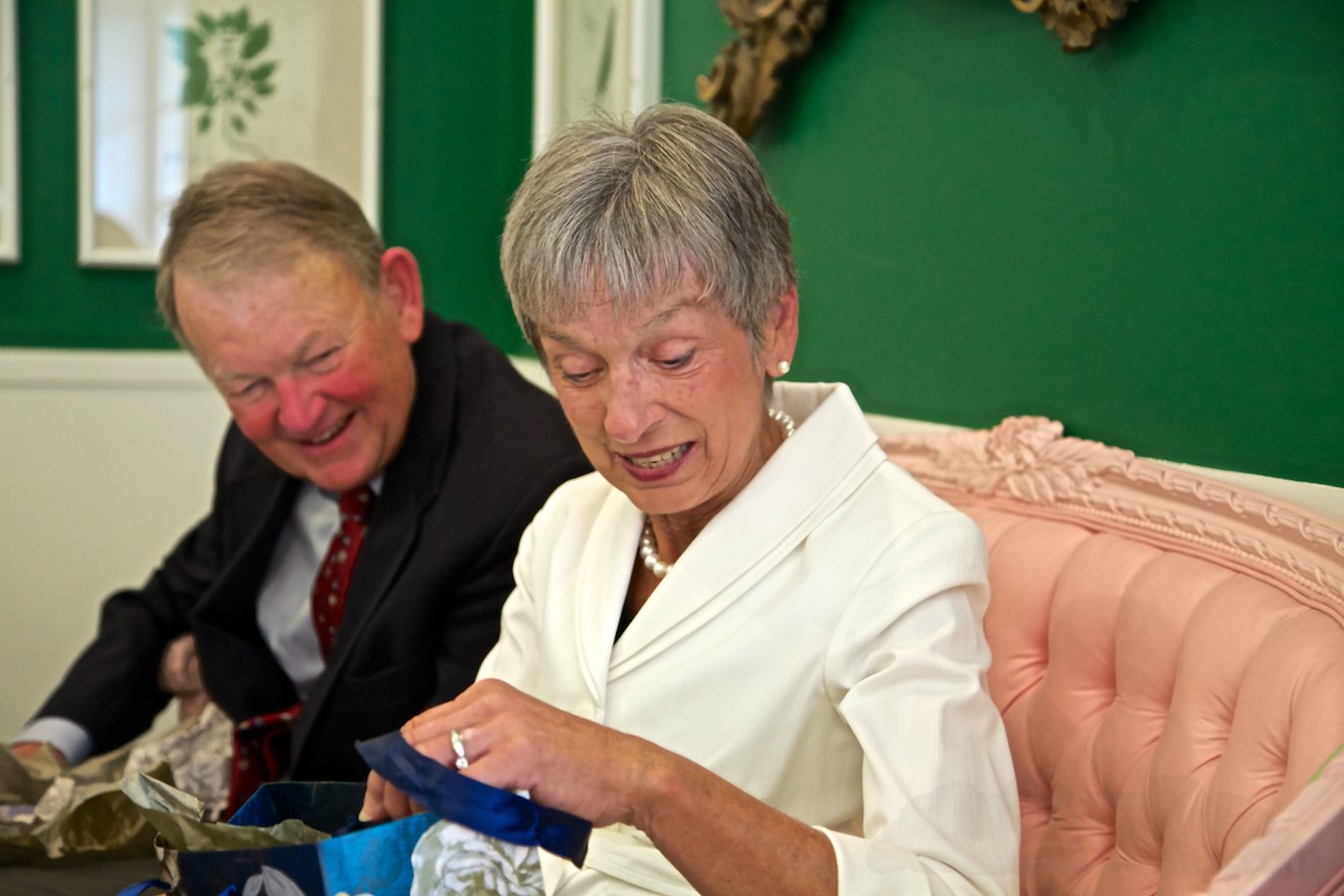 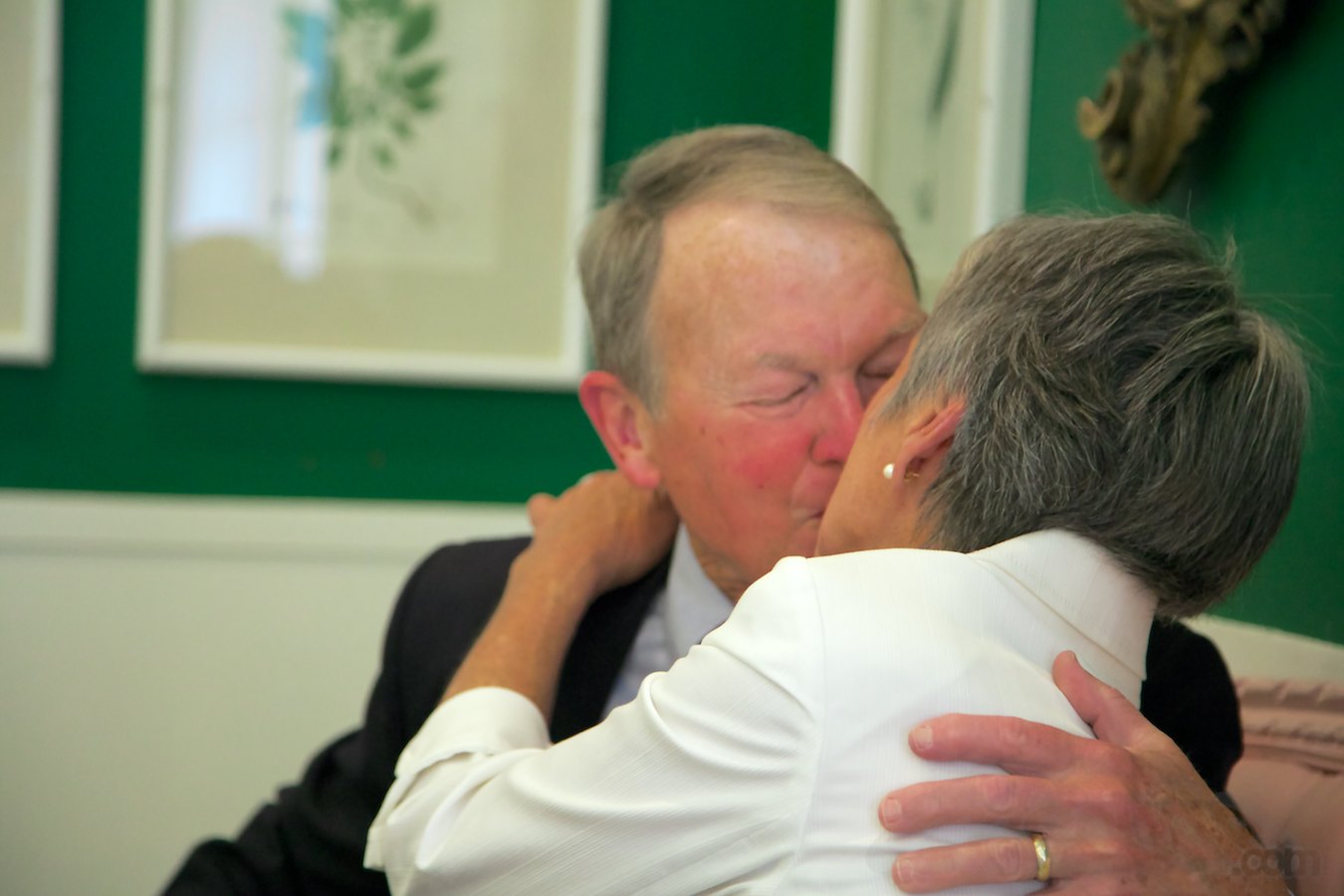 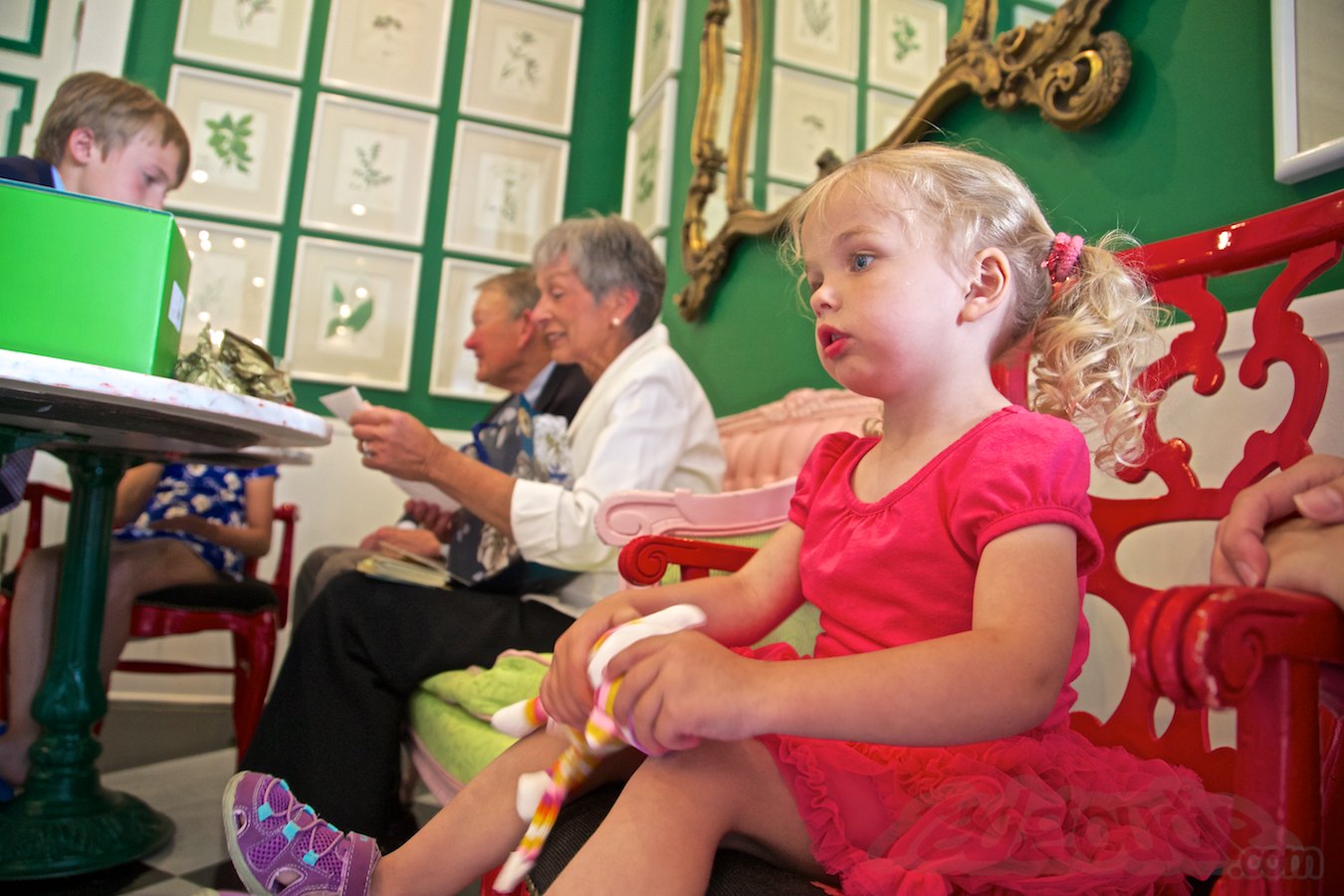 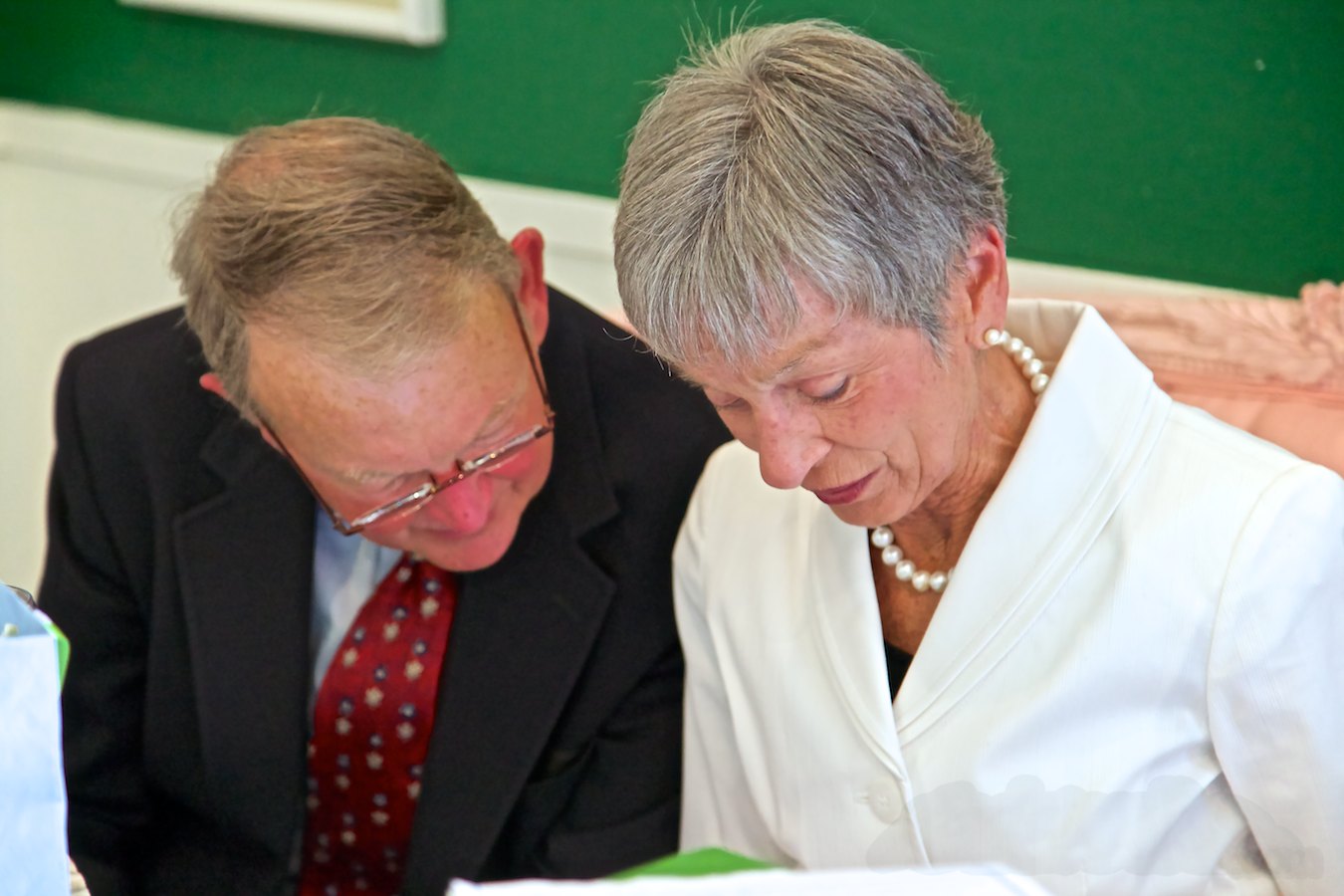 Towards the end of the reception, the kids were shuttled off to join the hotel’s children’s program for that evening, with a babysitter accompanying them for Leah. The program on this particular evening included dinner in the main dining room (something we were trying to avoid!), but when we entered for our dinner, we saw that they were eating at a much quicker pace than the adult version. Also, they were seated fairly close to us, which meant that Jaferay had spotted Leah and already gone over to talk to her. When he greeted us at our table, he said “I already saw my baby over there!” and we knew she’d be happy. We had a lovely dinner with just the six adults while the kids ate, watched Frozen, and played Twister. When we picked them up, they were all happy and had enjoyed the offerings.

We went up to the rooms and converged in Grandma Jan and Grandpa Bill’s room, where the kids all colored using Maggie’s markers while in their pajamas. The kids then piled up on the bed in Doug & Ann’s room watching Sharkboy and Lavagirl, and then everyone headed to bed for the night. 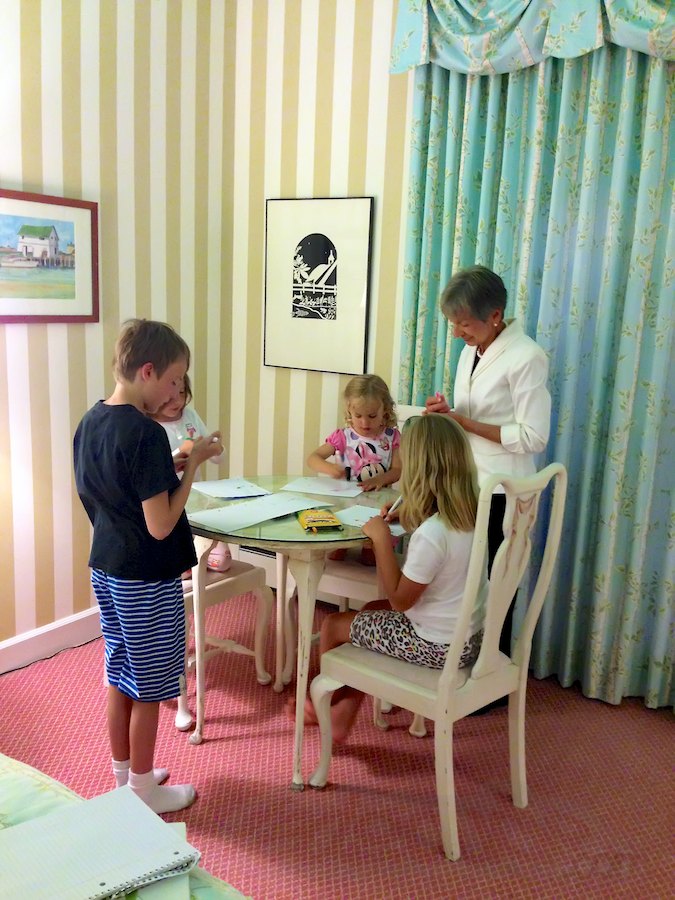