Last Sunday, we got around to carving the pumpkins we got a few weeks back from Post farm. The girls made their choices and we set about to finding templates on the web. I found templates they were happy with and showed them to carver Rachel for her approval, which she gave. Several people witnessed this. Aly picked a full body Super Mario, while Leah picked Minnie Mouse. We printed the templates and then Aly and I headed outside to get started on her favorite part – getting the seeds out. 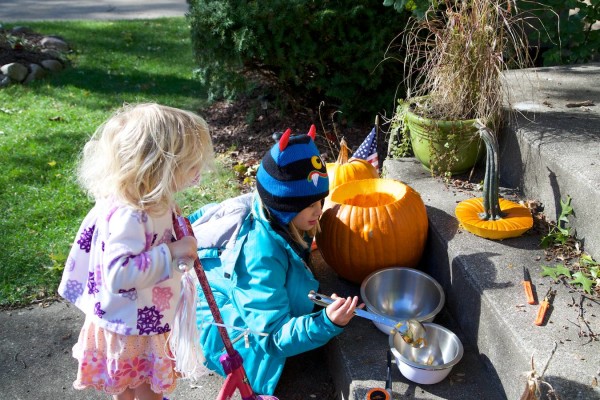 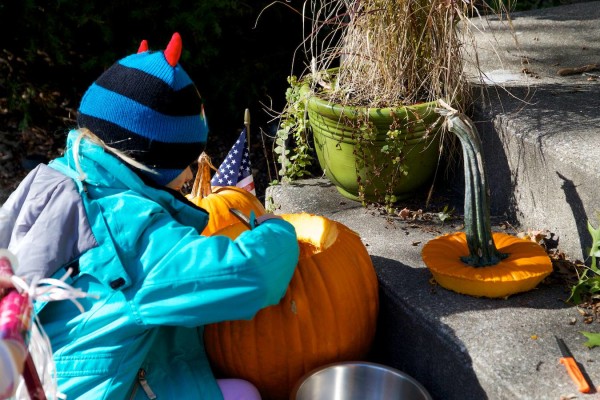 This year’s pumpkins yielded a find lot of seeds, which Aly did an excellent job of scooping out, while I supervised nearby sunning myself in an adirondack chair playing with my loaner 1Dx camera. Rachel and Aly merged a few recipes together and then made a few tweaks to make their own version of Sweet & Salty Pumpkin Seeds:

They turned out to be the best ones we’ve made and we’ve tried many recipes over the last few years.

Back to pumpkin carving. After Aly had retrieved all the possible seeds from the pumpkins, I finished scooping out the guts and we taped the patterns to the two pumpkins, and then began the joyless process of using pushpins to outline the patterns before turning over the pumpkins to the master carver. Aly worked on her Mario while I worked on Leah’s Minnie. 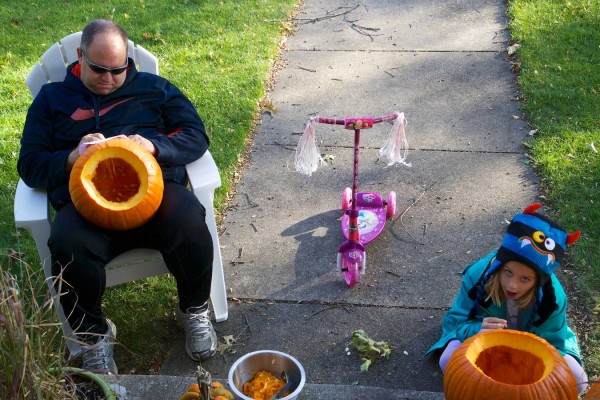 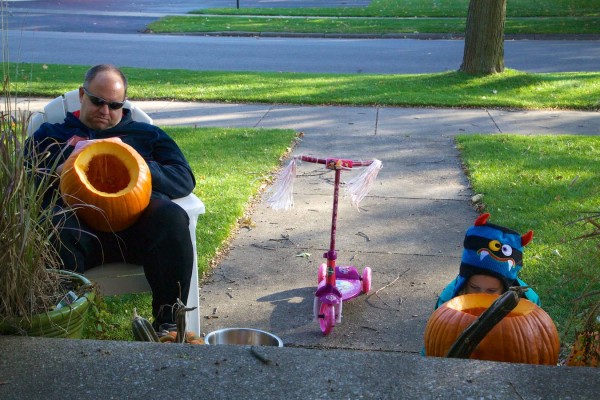 We finished our pins with varying degrees of accuracy and handed them off. Minnie was carved that night, and Mario, a bit more difficult, was carved over the next two nights. 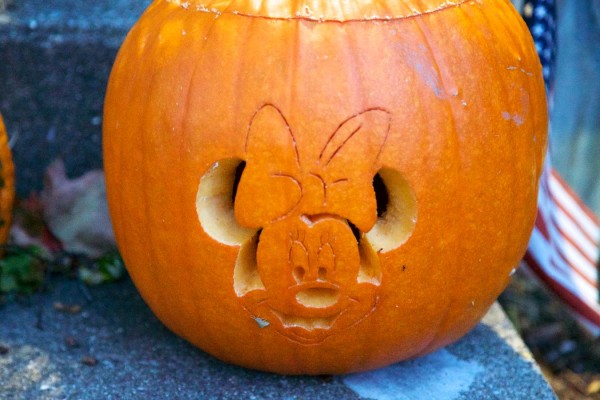 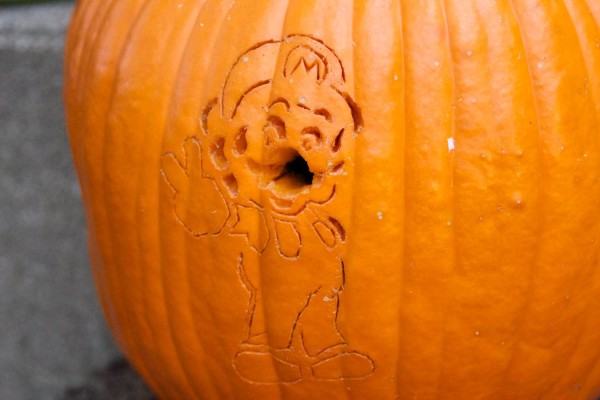 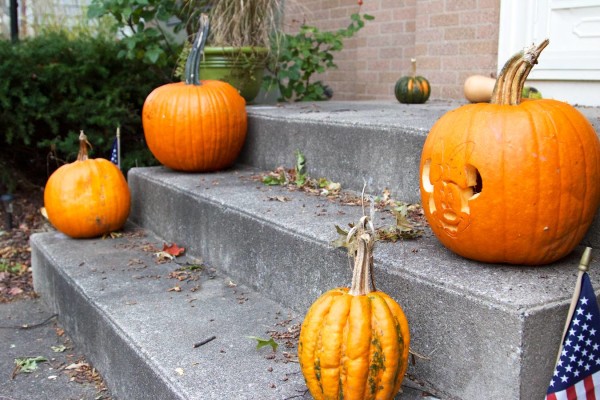 On to actual Halloween

Holland’s trick-or-treating has been extended at some point in the last few years to a full three hours, from 5-8pm. We planned to head out and collect candy right at 5 and then return home between 6 and 6:30 to hand out candy. This year, Aly was costumed as a Ninja and Leah (at the last minute abandoning her ballerina costume) wore her Snow White dress.

Consistent with the Michigan Halloween tradition, the weather was complete crap. At the first house we stood facing straight south watching the kids gathering candy, and the rain was coming at 45 degrees from the east. Two houses down, again facing straight south, rain coming 45 degrees from the west. Two more houses down, facing south, rain coming 45 degrees south from behind us. You get the idea – crap. 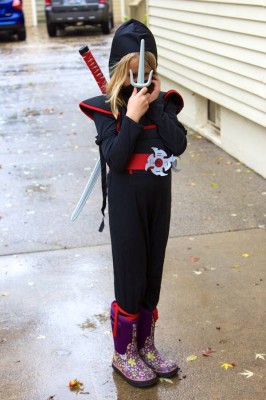 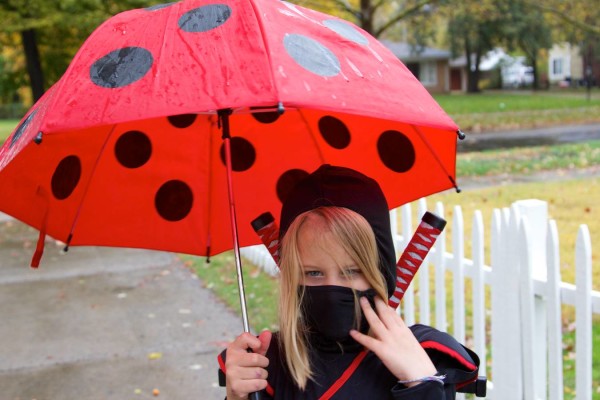 Of course modern Ninjas have ladybug umbrellas that match their outfit. 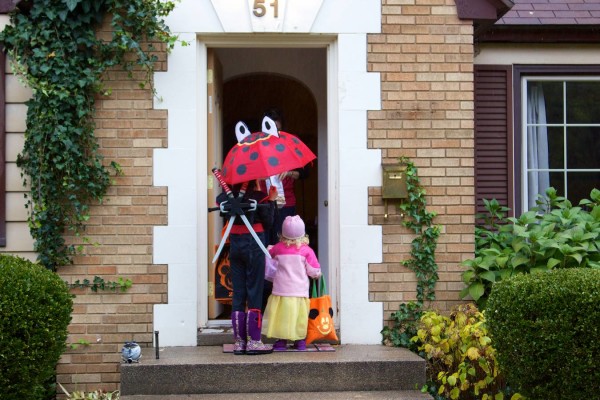 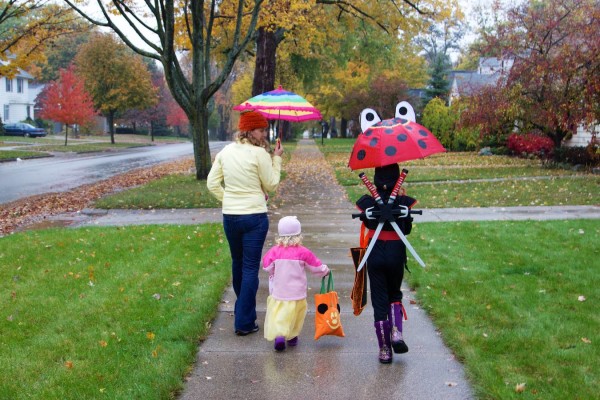 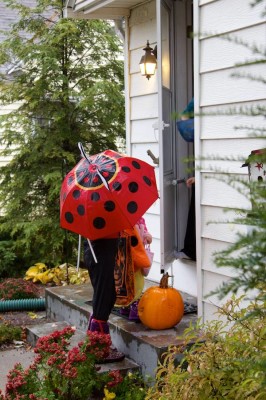 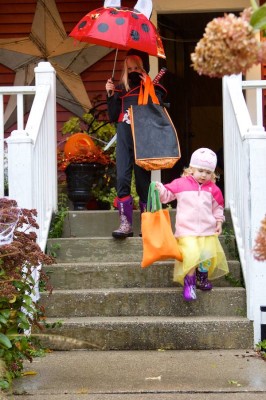 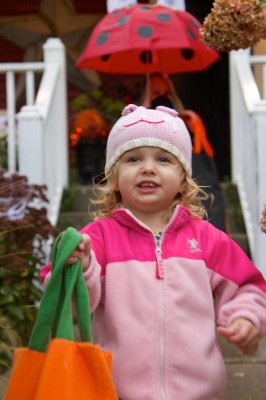 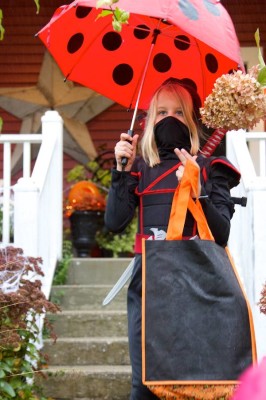 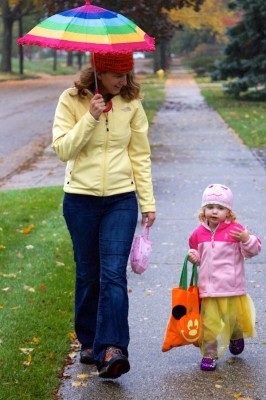 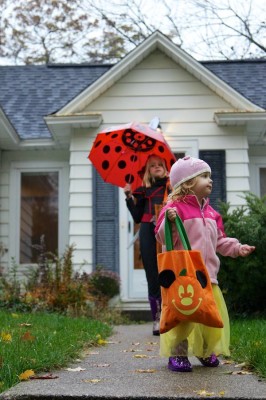 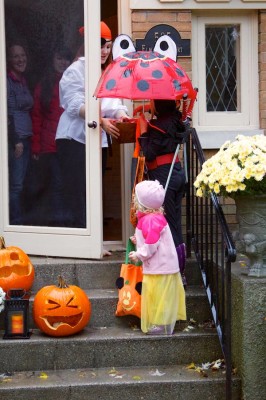 Around this point, Aly decided she’d had enough and wanted to go home and hand out candy, so I walked her home, got her set up and then headed back out to rejoin Rachel and Leah in the sideways rain. Leah was now trick-or-treating from Rachel’s arms after completely soaking herself in puddles. 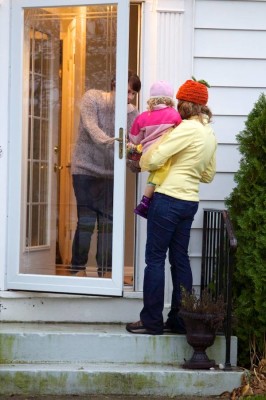 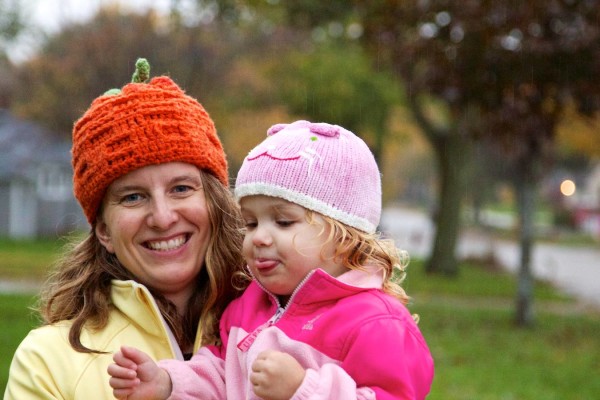 We wrapped up with hitting our neighbors’ houses and then trick-or-treating our own house: 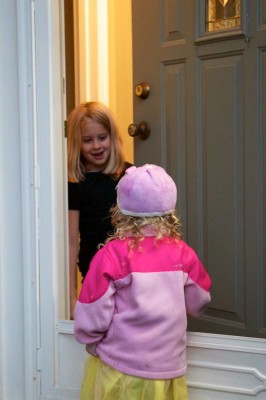 which amused both girls quite a bit. Both girls then greeted kids and handed out candy – we had more trick-or-treaters come this year than any year we can remember, despite the weather o’ crap. We still have plenty of candy left over, though, which should make my coworkers happy on Monday.