We frequently note how similar the two girls look at comparable ages. Other people, however, tell us that they can easily tell them apart in pictures – though they’re usually wrong if they don’t have obvious environmental clues in the picture. Aly frequently gets it wrong herself – often identifying baby pictures of herself as Leah. She then proceeds to argue with me until I open the picture in iPhoto and show her the date.

I thought it would be fun to create a set of side by side images of the two girls at similar ages, in honor of Leah’s first birthday today. Can you figure out which girl is which in these pictures? (Note: as I’m occasionally known to be sneaky, it’s not outside the realm of possibility that one pair of pictures could be the same girl) 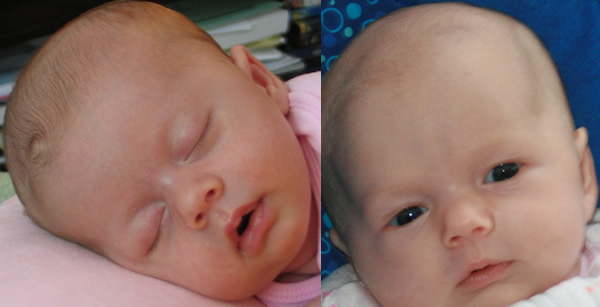 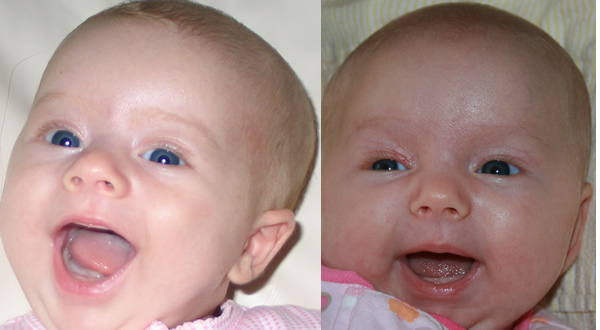 They’re both smiling by this age 🙂 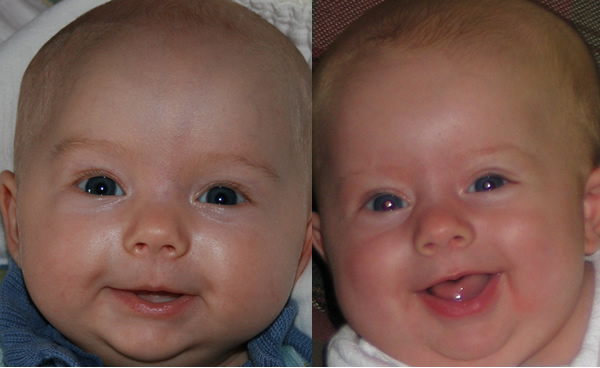 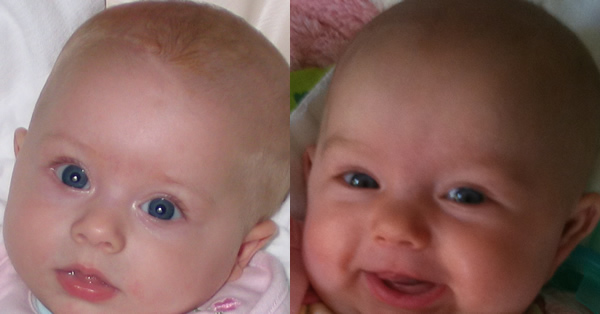 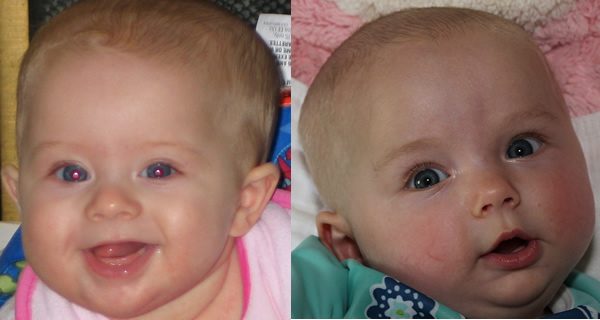 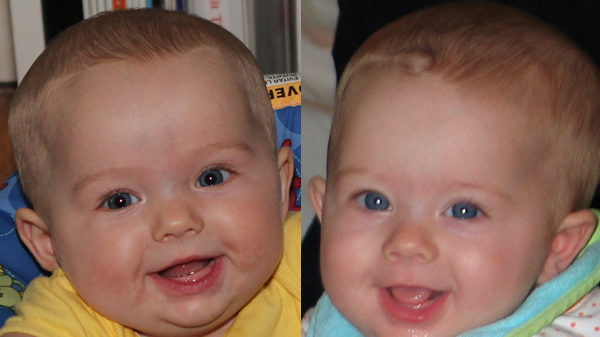 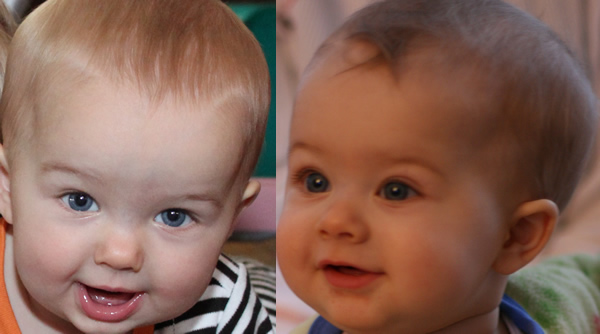 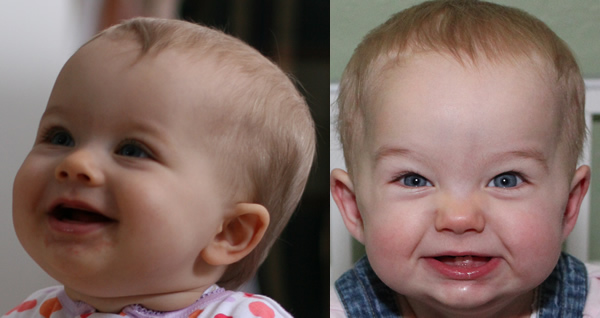 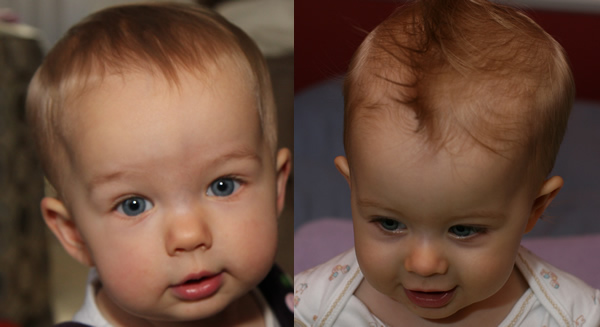 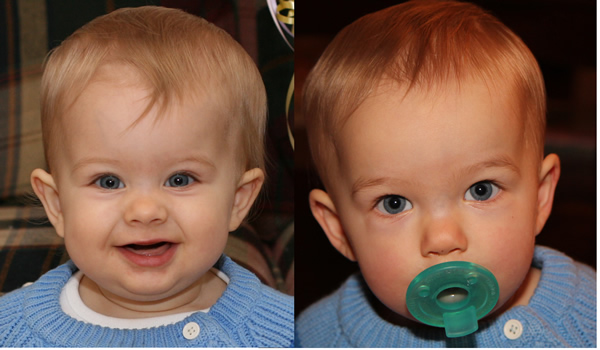 How many did you get right?