On somewhat short notice, we and the Milford Vogels (plus Grandpa) booked a long weekend stay at a condo in Petoskey.

As we drove north, we again stopped at Walloon Lake on a day much different than the freezing day two weeks ago, but we repeated much the same activity: playground, bathrooms, ice cream at the General Store. 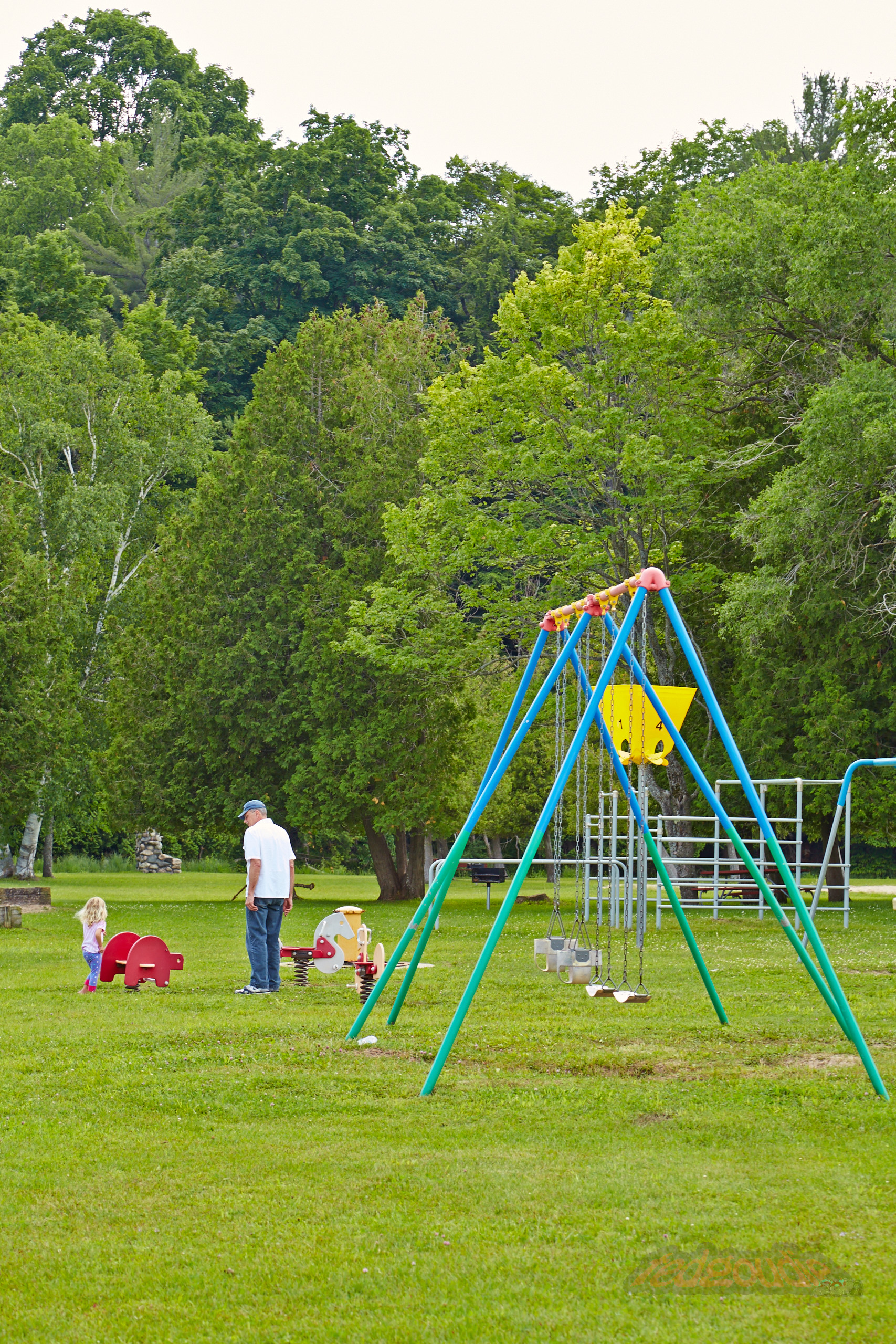 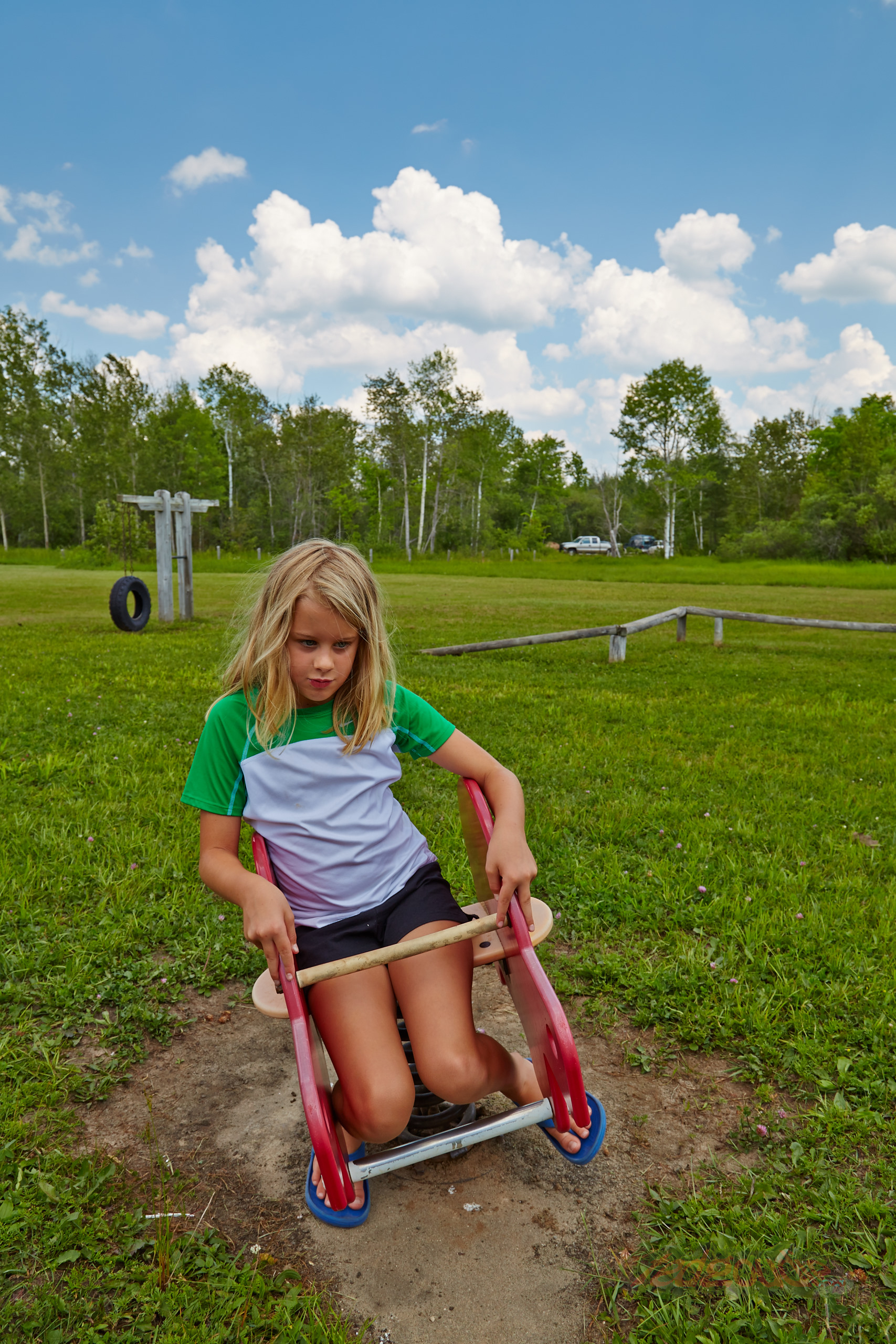 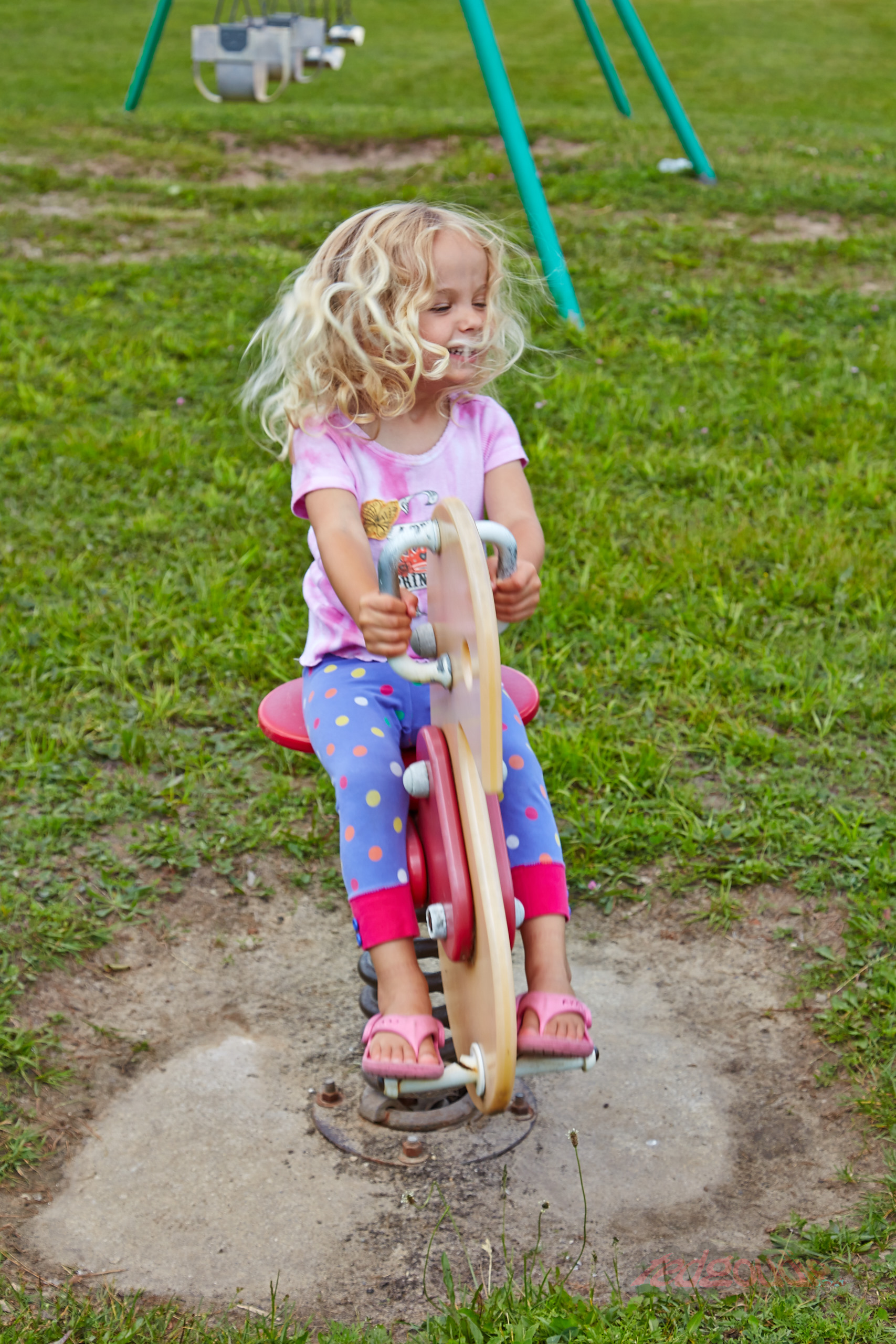 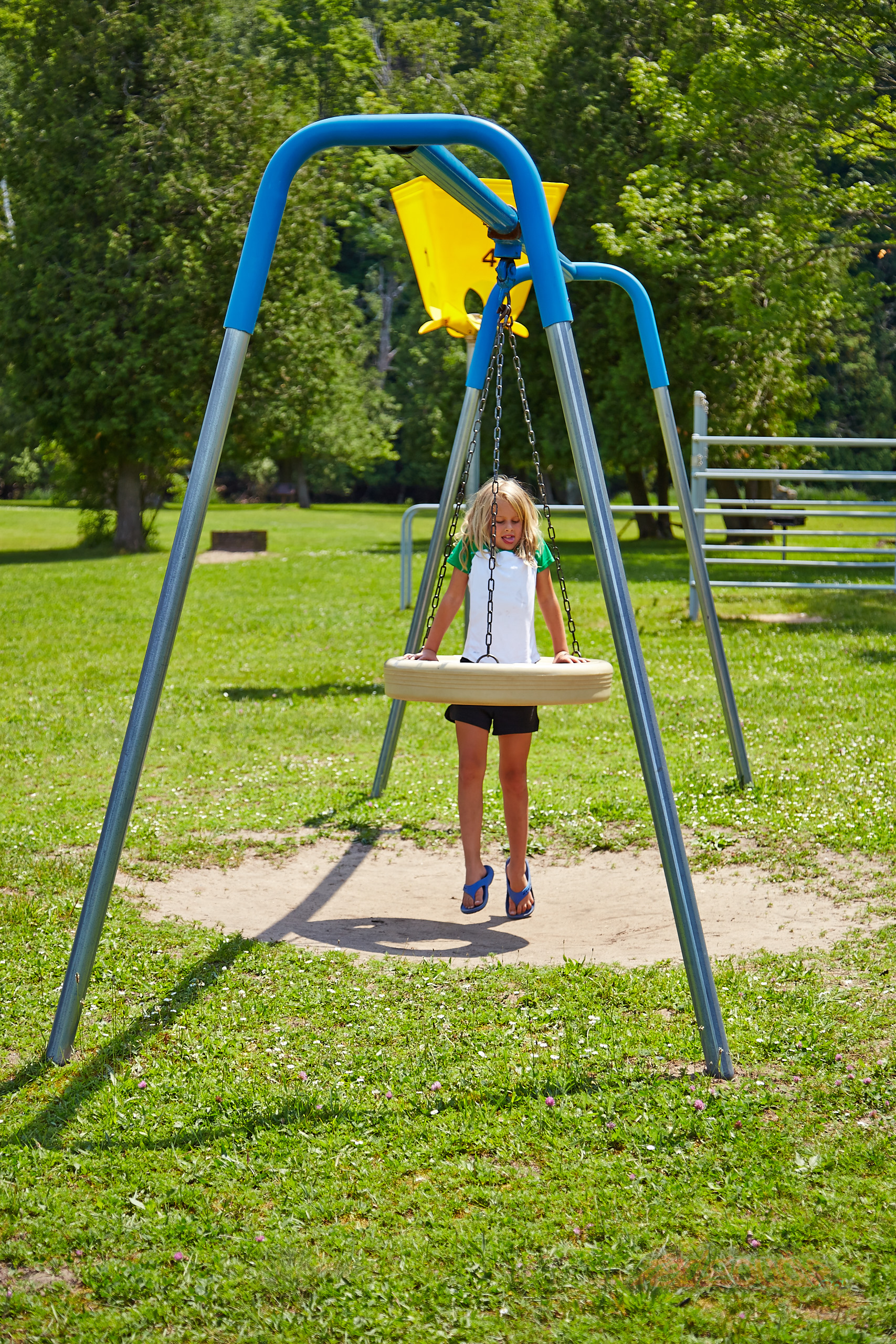 We were happy to see that the construction throughout Petoskey on 31 was mostly shut down for the week, since it was the beginning of the 4th of July week. We passed through town and took the left turn towards Harbor Springs and Petoskey State Park, and found the condo quite easily, as it’s almost directly across the street from the state park.

We got in without a problem and immediately fell in love with the view from all east and north-facing windows: Round Lake. The condo has a small beach right outside and is directly on Round Lake as well. The lake has a sandy bottom near shore, and stays shallow for a long ways out. Though the bottom gets a bit mushier, we never did reach a point where I couldn’t touch, despite being hundreds of feet offshore. The shallows were packed with minnows, which caused the entire group to make many attempts and plans to catch one. Not a single minnow was captured in three days. 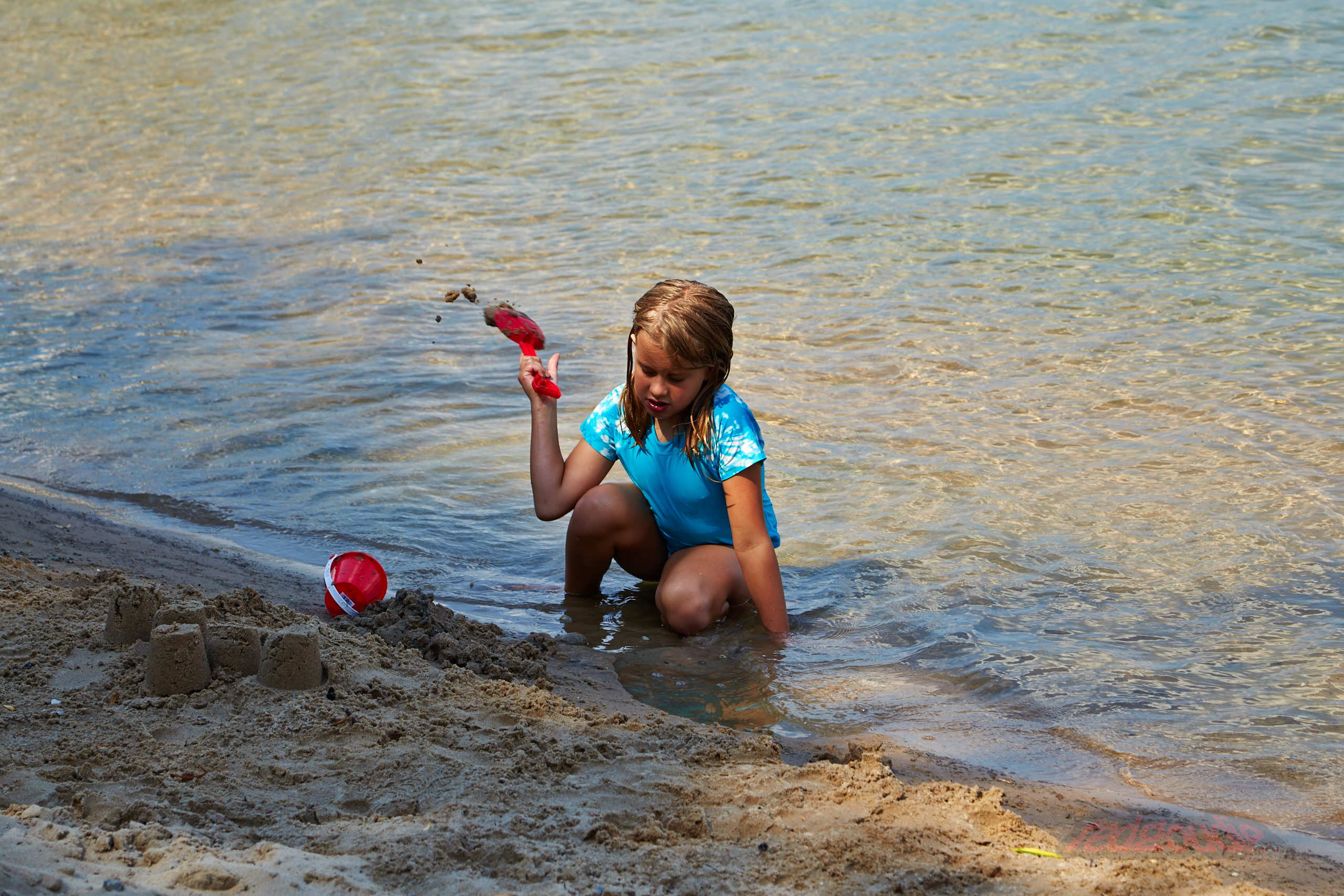 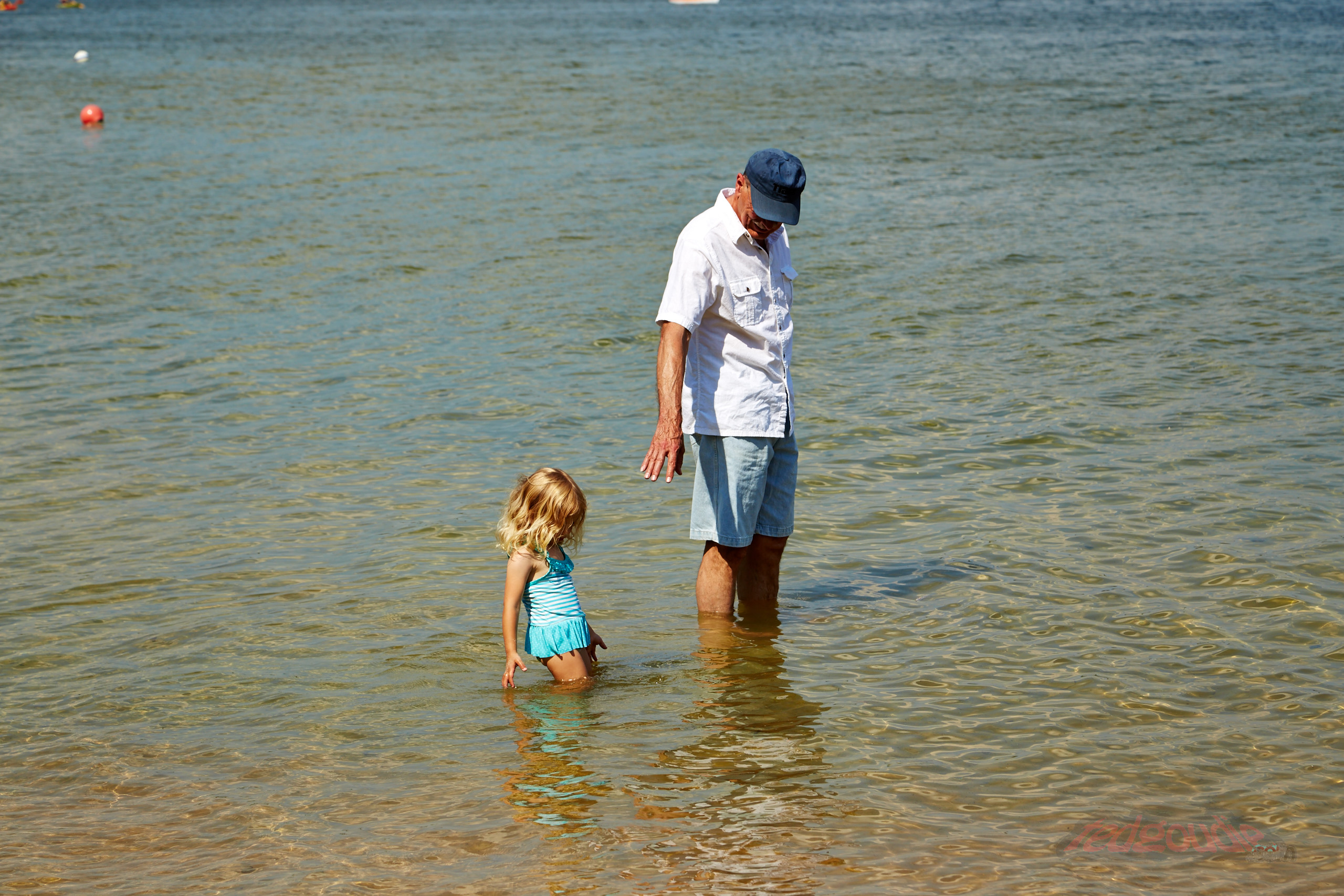 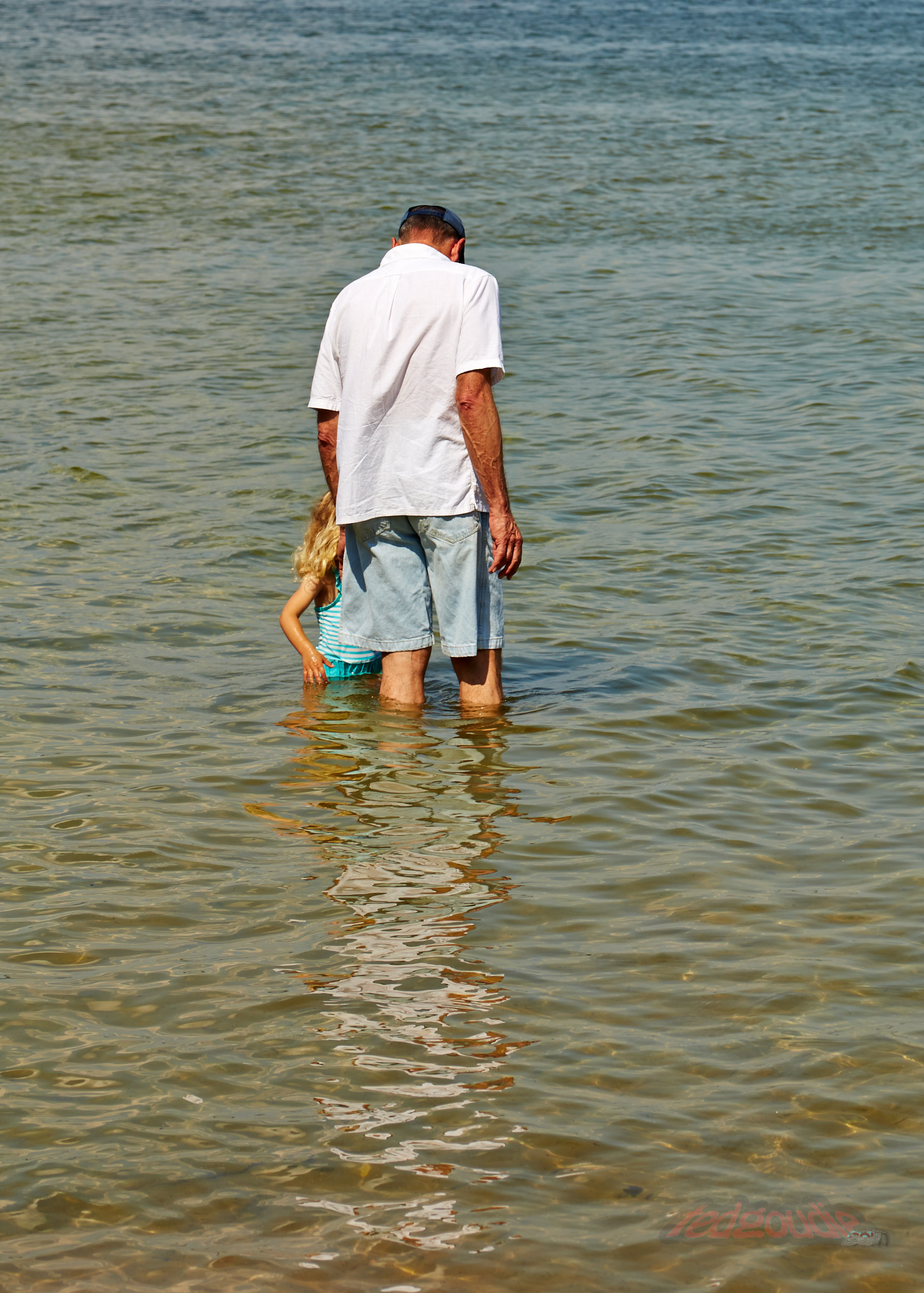 We checked out the lake and pool after unpacking, while we waited for the Milford crew to arrive. 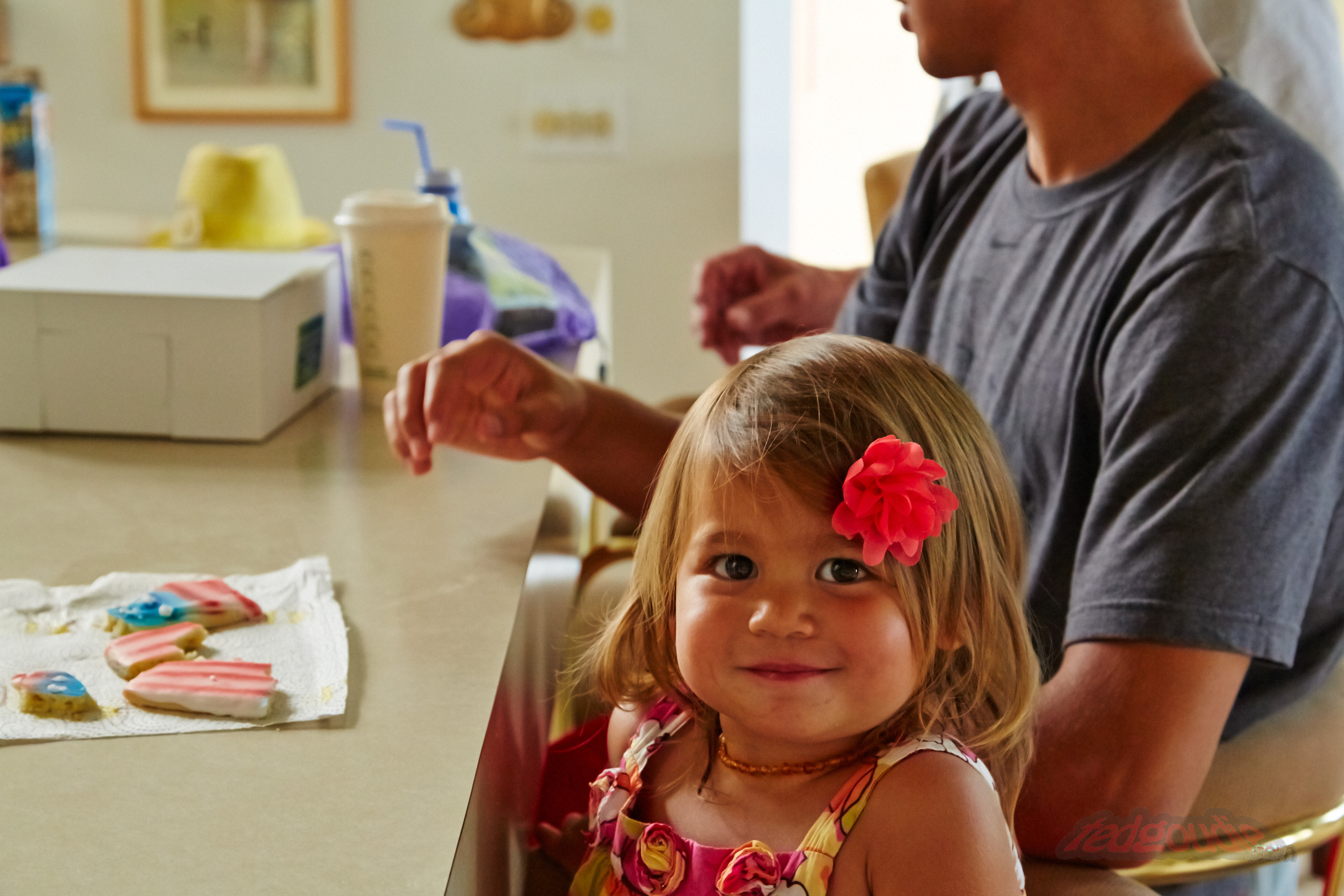 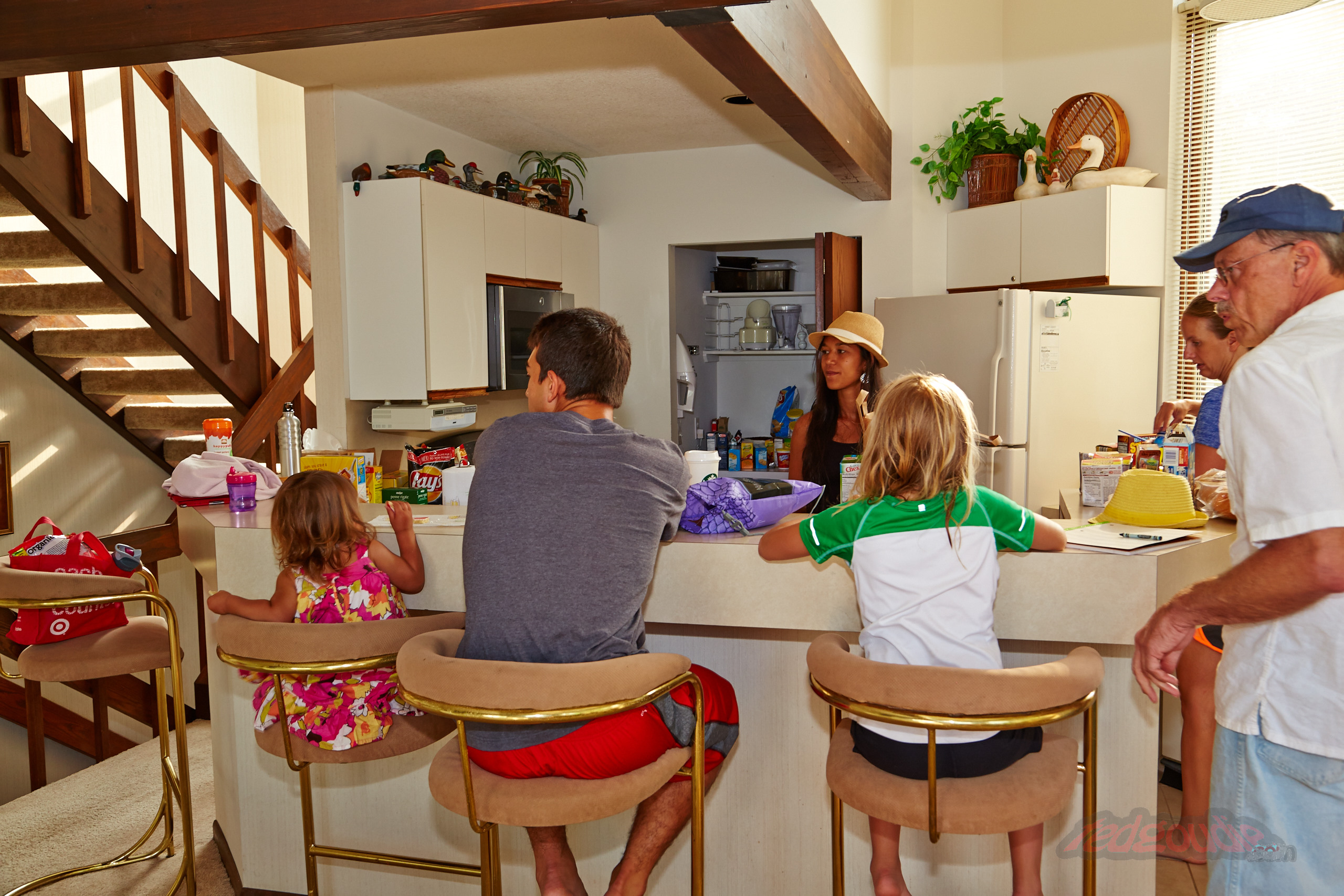 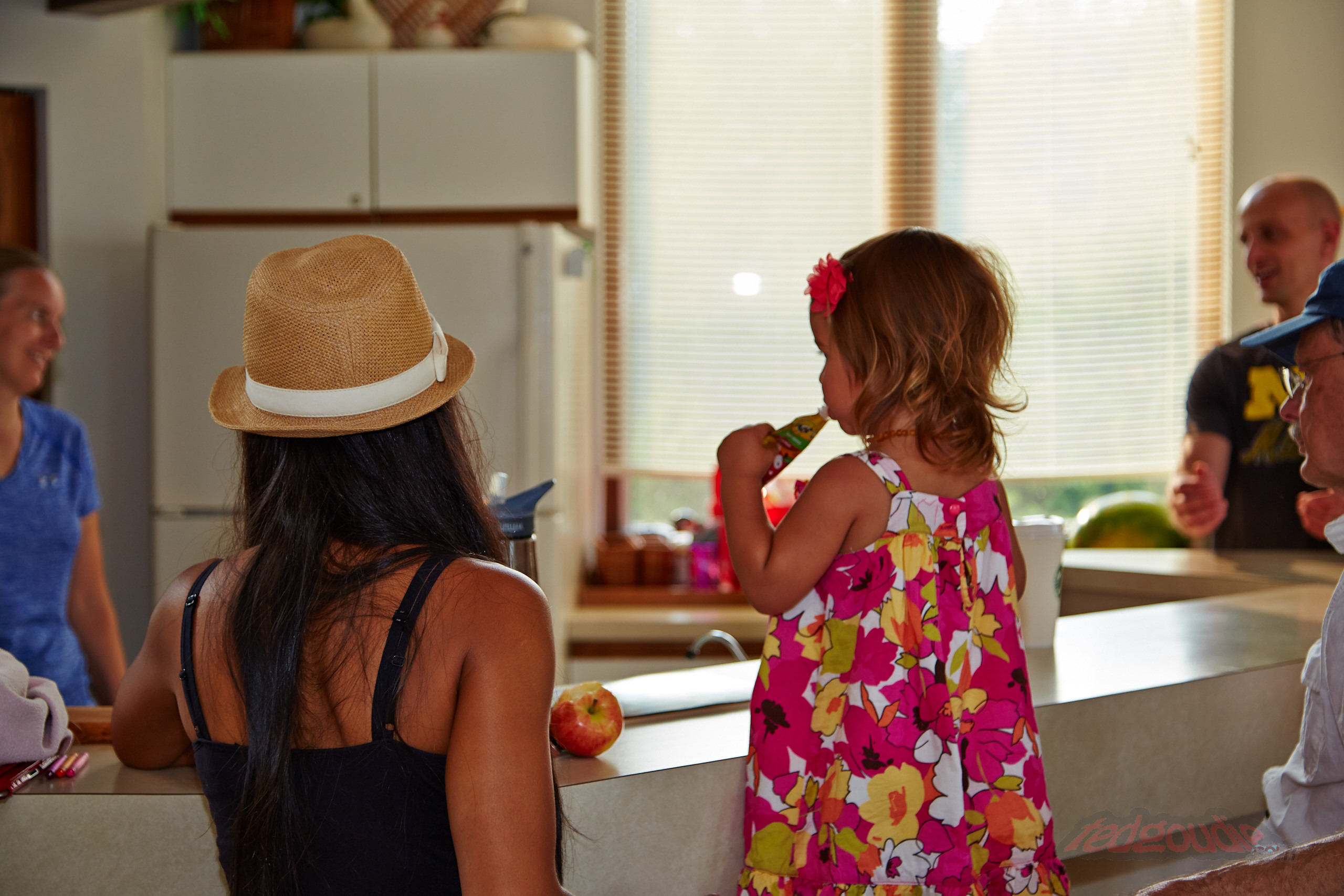 Devin was nice enough to bring some patriotic cookies from the bakery where he works. 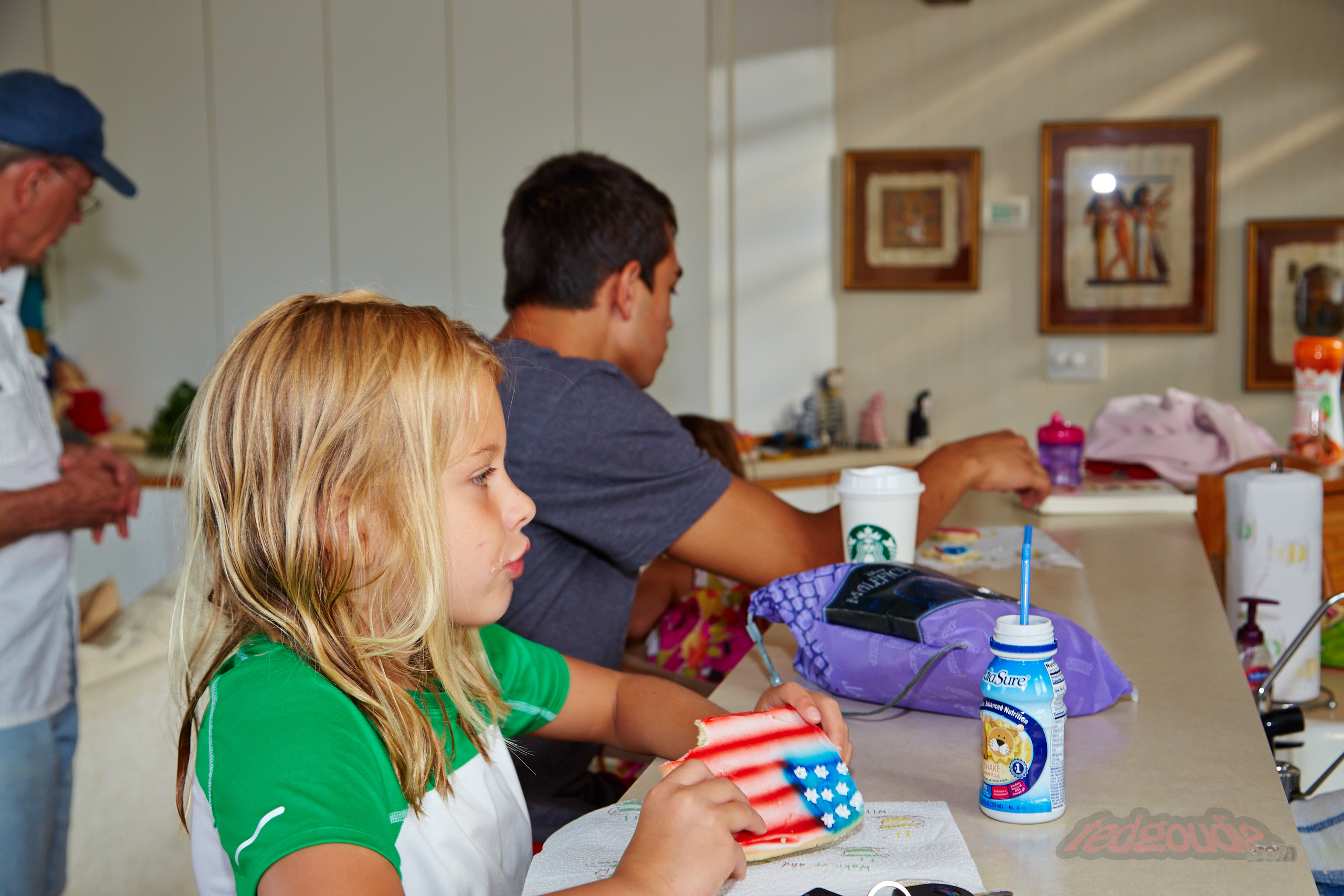 It took about five minutes before Devin and Aly retired to the couch to compare their Clash of Clans performance. 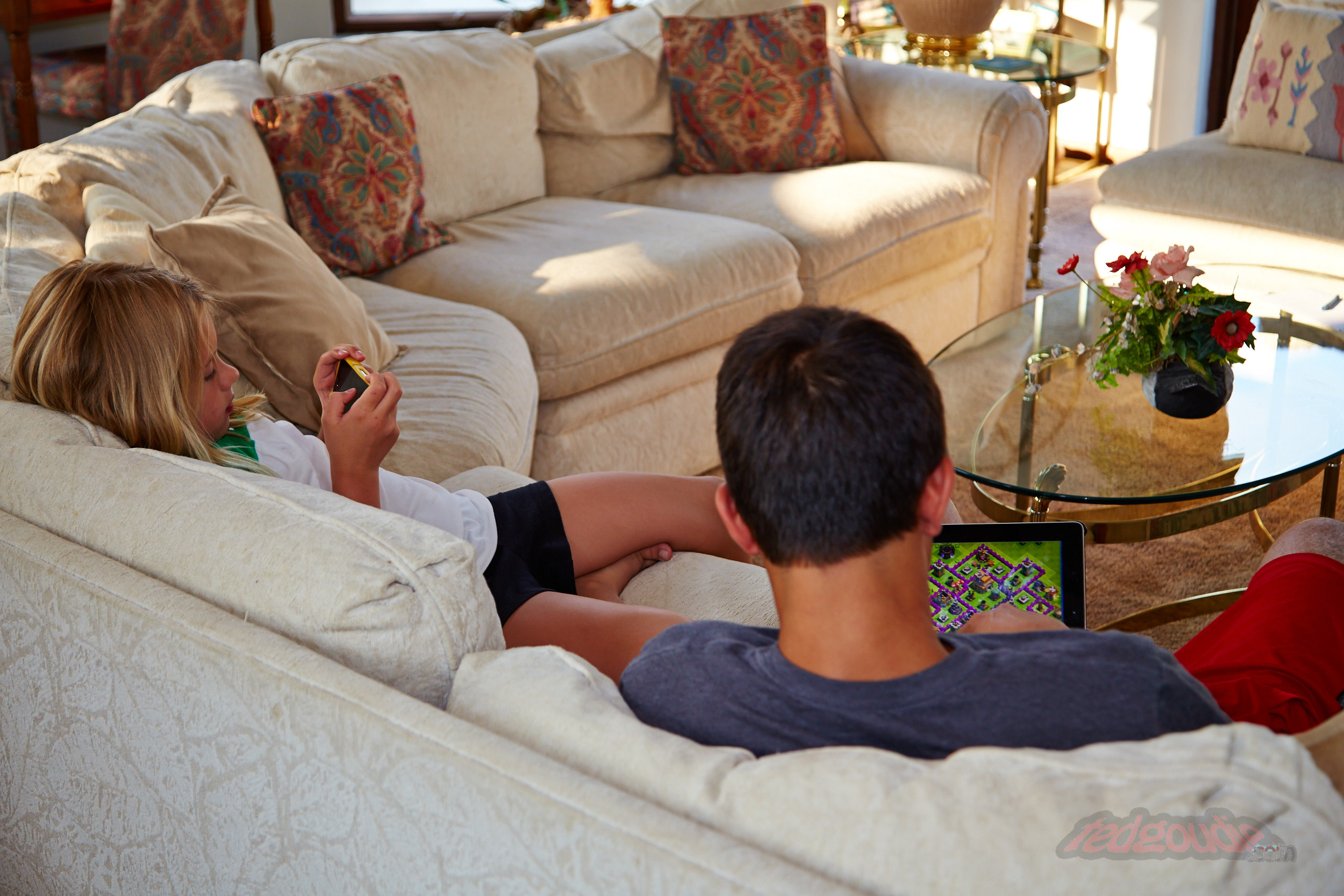 We started discussing dinner plans, and selected Thai Orchid in downtown Petoskey as our takeout dinner destination. We spent the typical cat-herding fifteen minutes writing out a list of what to order and then Vorn called to place the order. Unfortunately, their A/C was out so the restaurant was closed for the remainder of Saturday. With our primarily plan foiled, we hopped in the cars and headed just down the street to La Señorita, a northern Michigan chain of Mexican restaurants, one of which Rachel and I used to frequent when we lived in Mt. Pleasant. Vorn celebrated heading out for food: 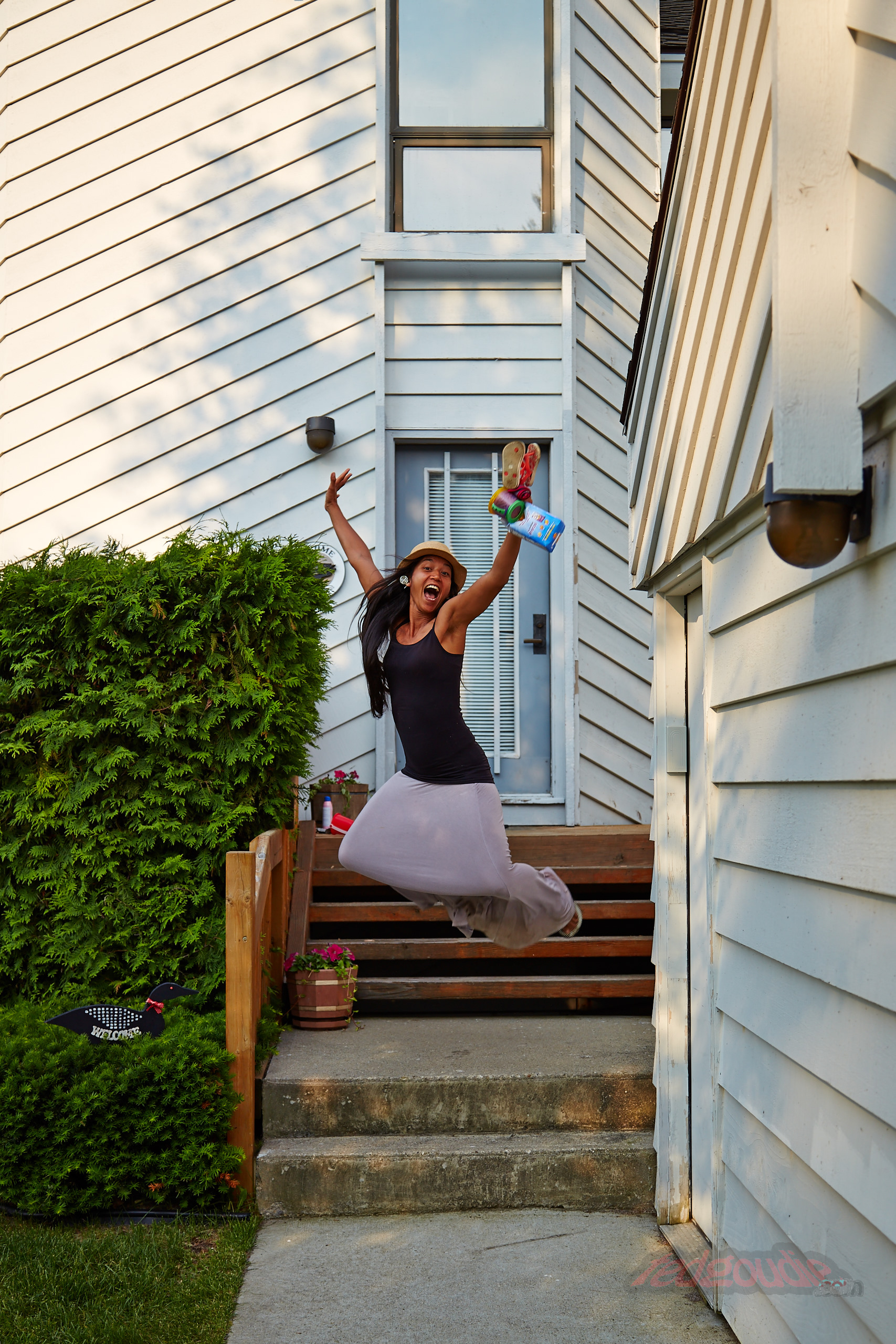 As you can see, Vorn’s still got some ups. 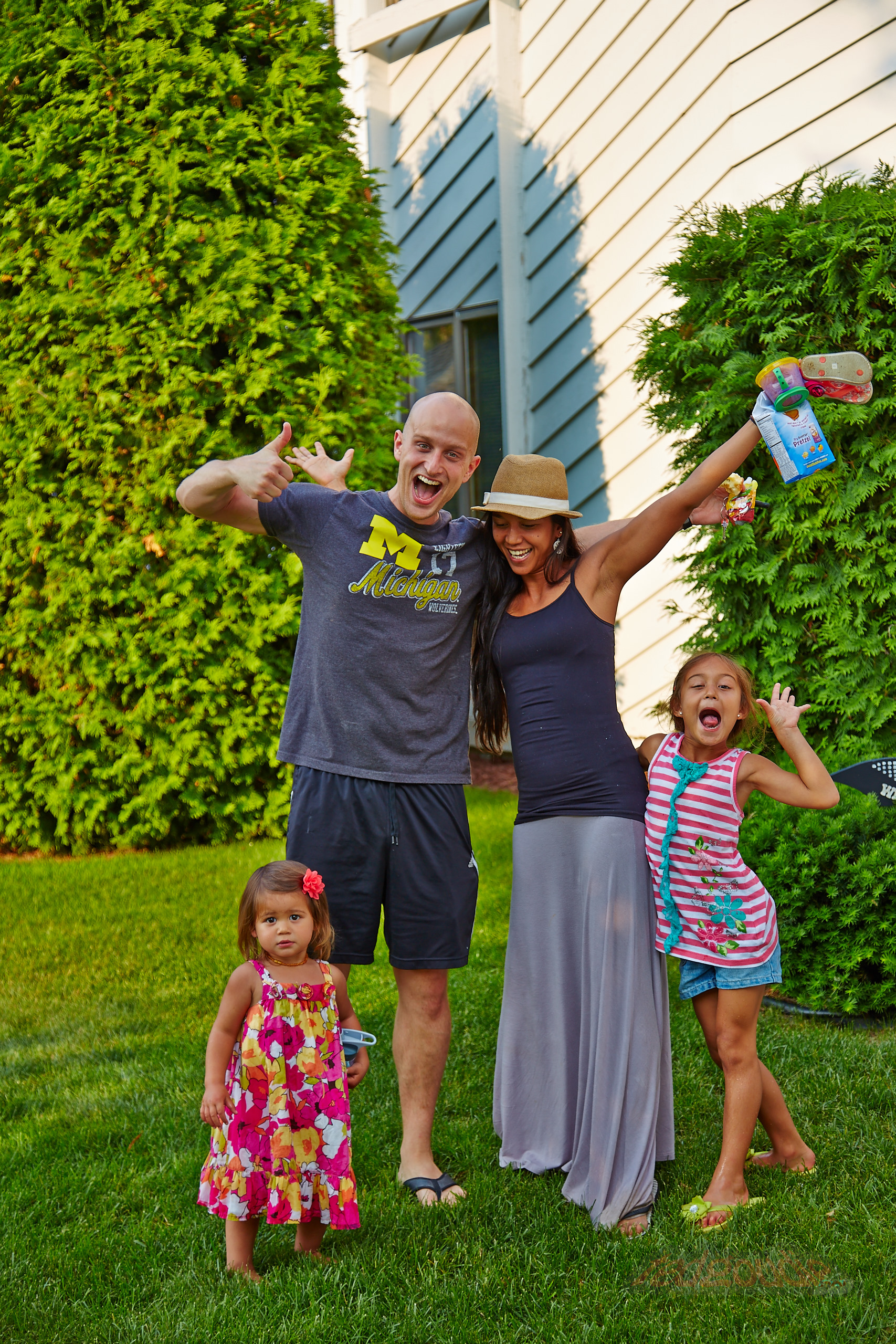 Our backup choice turned out to be pretty good, if a bit slow. We had arrived at the restaurant in dry weather, but the skies opened up with thunder, lightning and heavy rain while we were eating, though it had again cleared up by the time we headed back to the condo.

It was time to start getting the girls ready for bed, but they got rowdy once that happened. 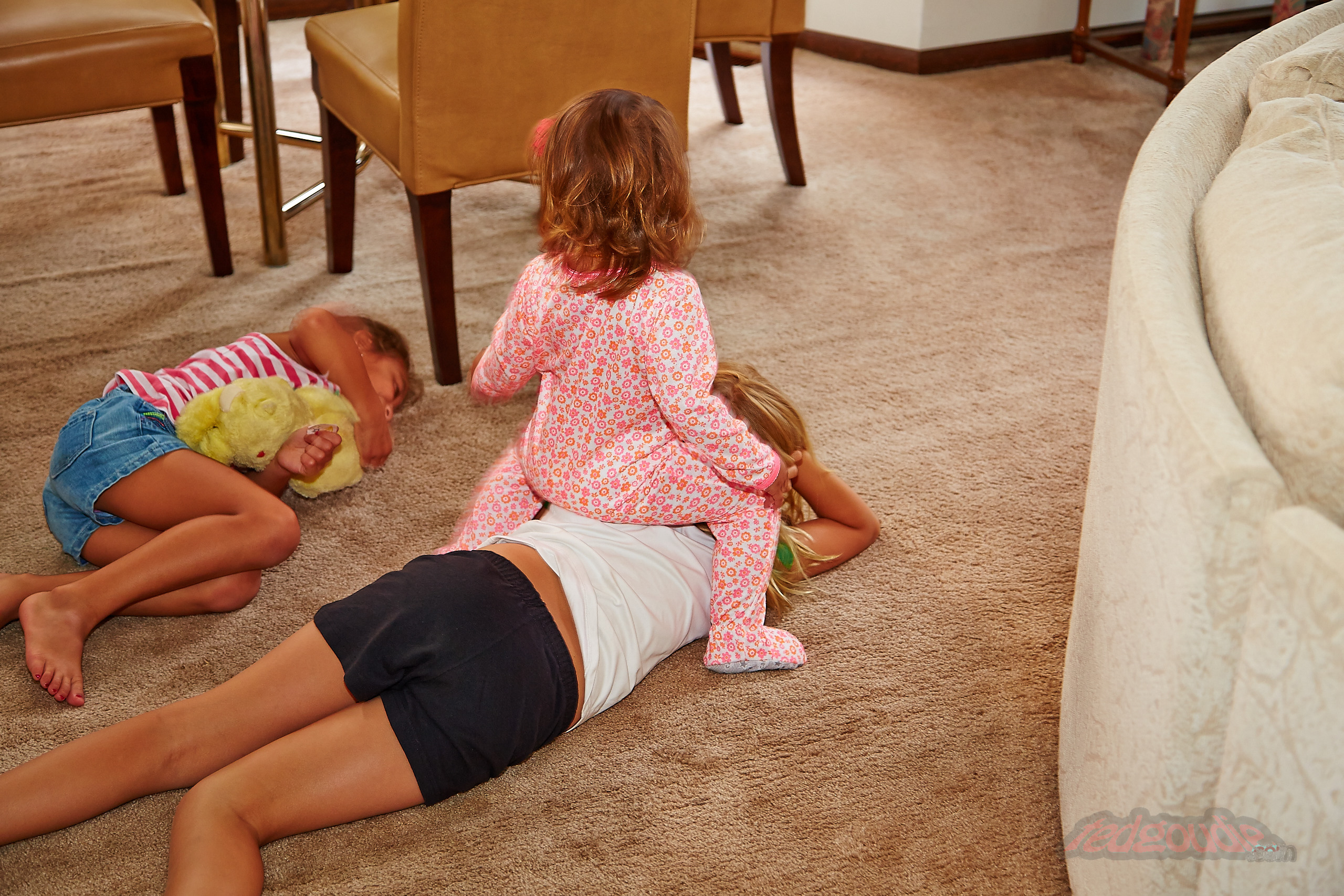 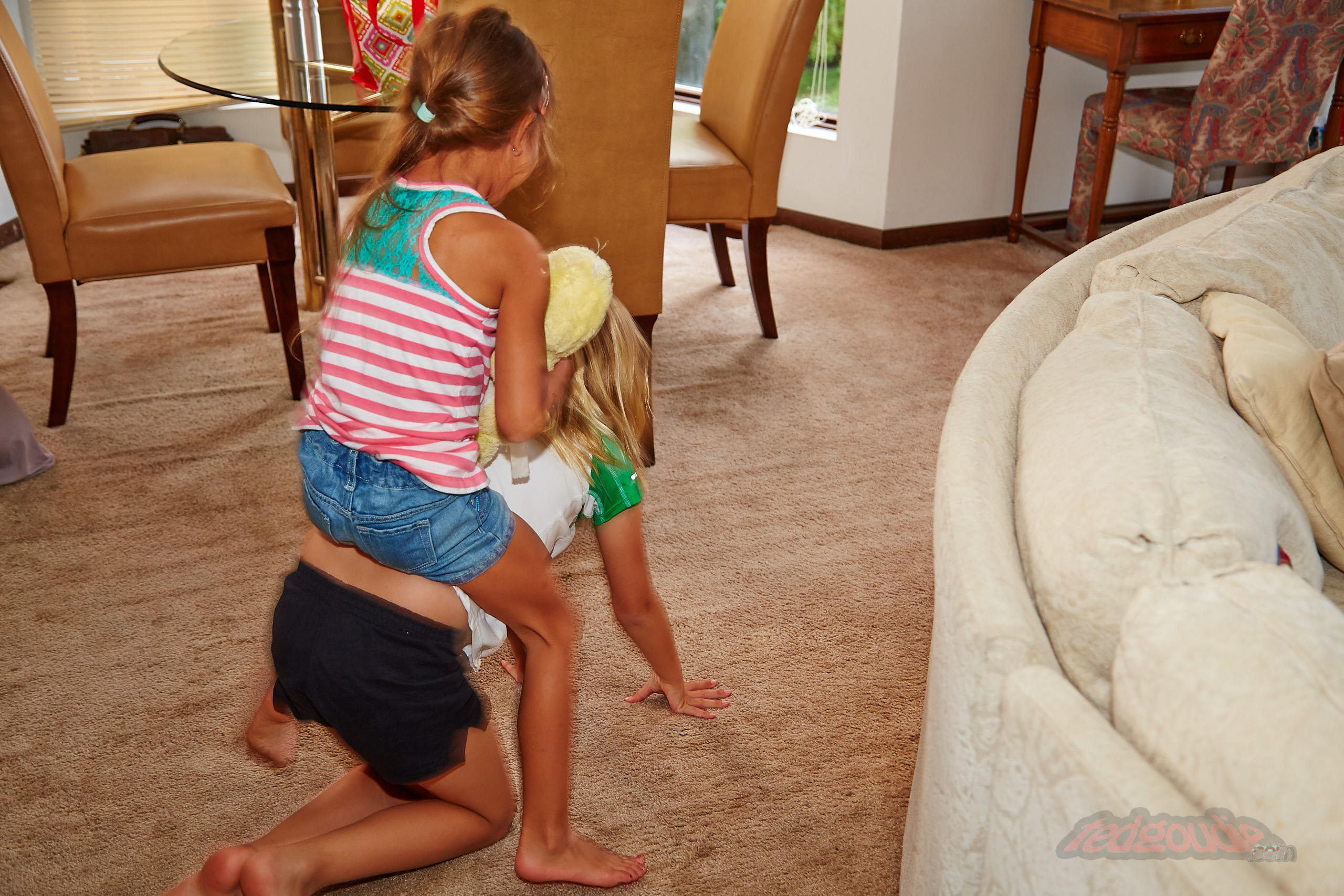 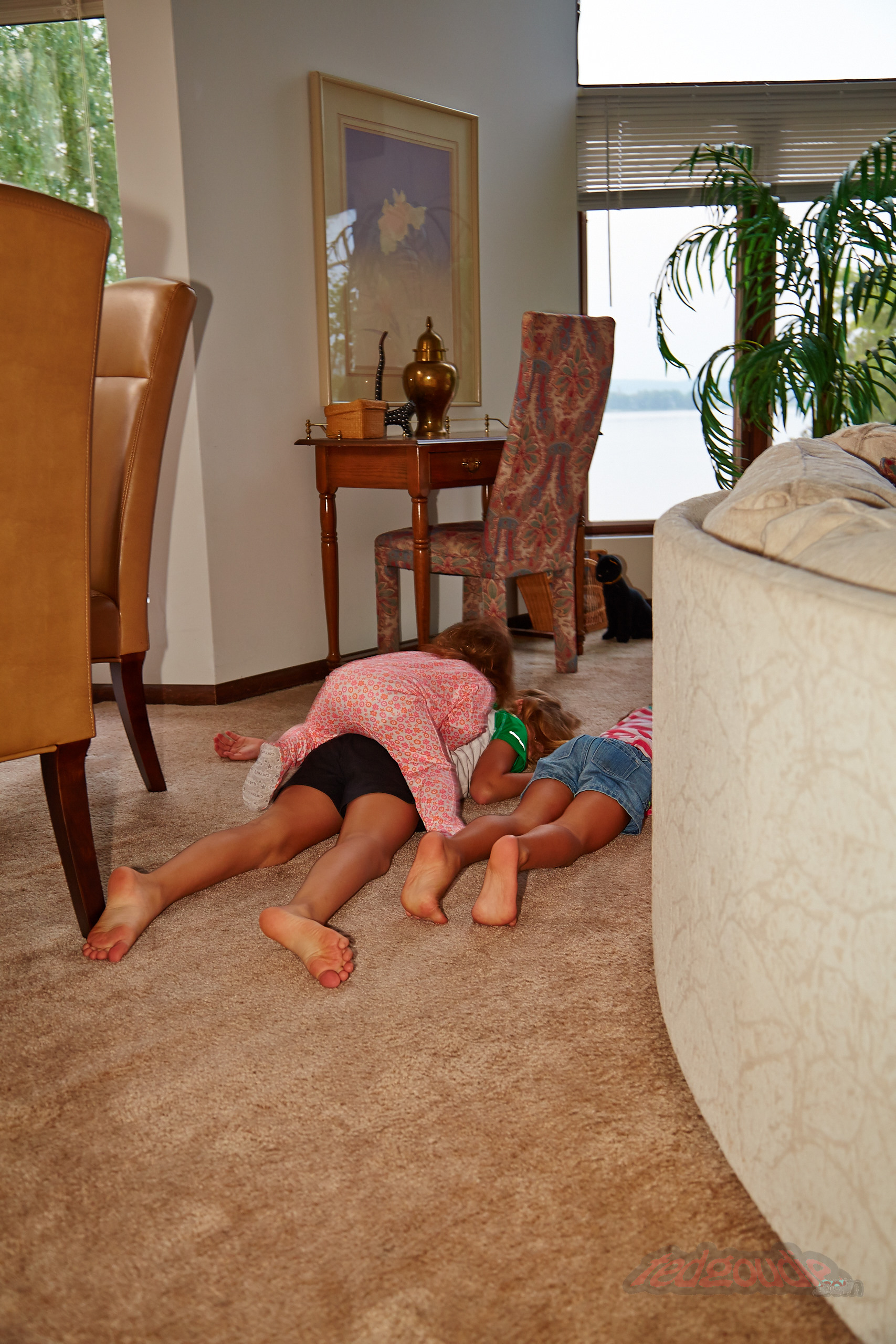 While the girls were going to sleep, I snuck over to Petoskey State Park just before 10pm. As I hoped based on the heavy rains earlier, Little Traverse Bay was fogged in, turning the lake invisible. 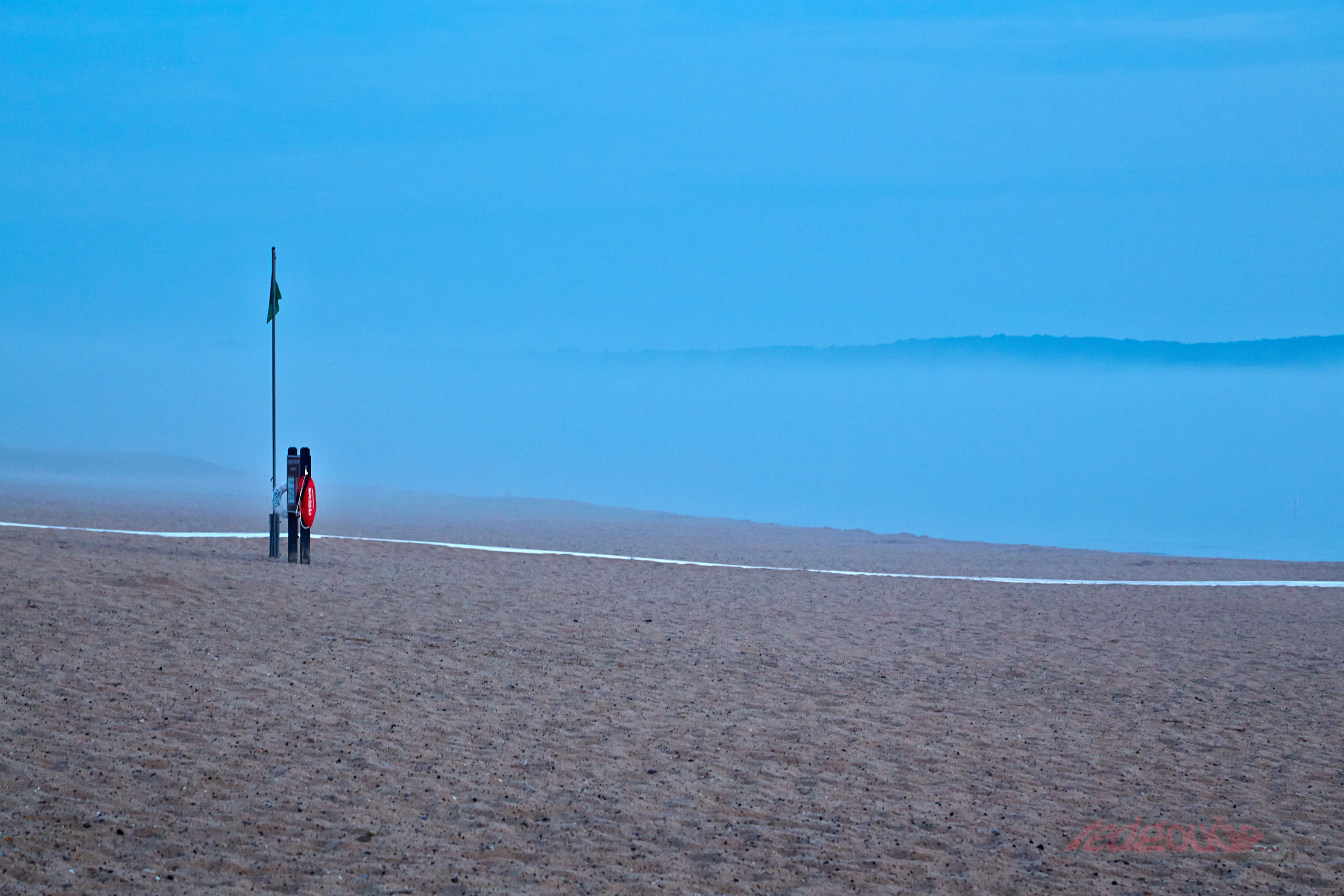 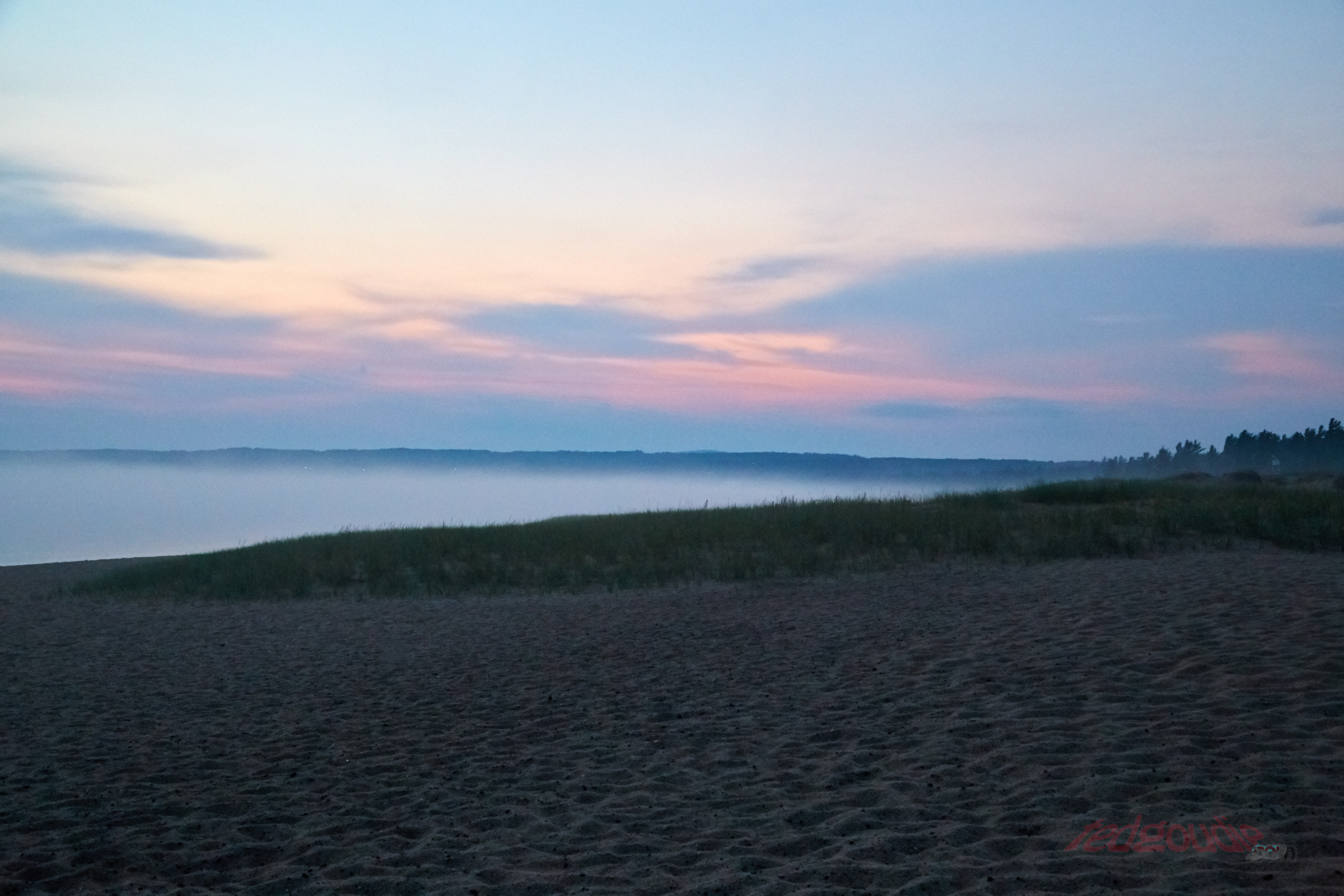