Tuesday kicked off the beginning of the main parts of IRWD, which had some great sessions and an even better lunch with a new friend from Princess Auto up in Winnipeg. After the conference wrapped up for the day, I drove back to my Disneyworld hotel Port Orleans Riverside, where I wandered down to the pool and met my parents, who had driven over from Siesta Key to spend a couple days at WDW with me. We chatted for a while in the wonderful Florida sun and then headed to our rooms to get ready for our dinner and trip into the MK, with plans to watch the Main Street Electrical Parade and Wishes.

With a dinner reservation at Citricos, I drove us to the Grand Floridian hotel, where we valet parked and headed inside. I had not brought any shirts with a collar (oops), so we hit the hotel store and I picked up a WDW golf shirt and pulled it on over my t-shirt, despite my mother’s protests over “changing” in public. We headed over to the Citricos entrance, which is next to the spectacular Victoria & Albert’s, which I would love to visit someday, but I just haven’t found myself willing to wear a coat and tie at DisneyWorld. We did enjoy watching the guy in a suit with tails opening the doors for the dressed-up people heading into V&A’s while we waited for our table. 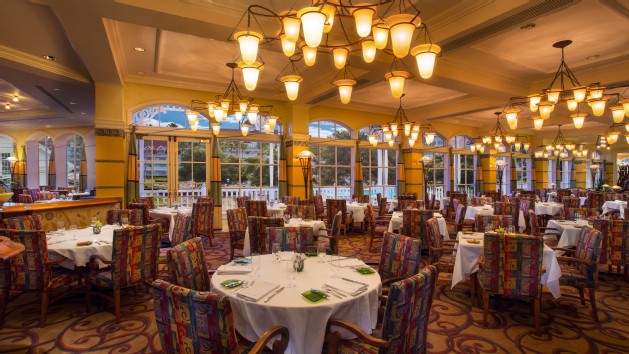 This was the first trip to Citricos for all of us, and we were all impressed with the sparkling decor as we were seated at a table along the windows. My parents ordered wine and after some time we ordered appetizers. I chose a blood-orange braised beet salad with a goat cheese sauce, and my mother followed suit, but my dad passed on an appetizer, since we did have an amazing whole-grain bread with butter topped with citrus-infused sea salt (might be the best bread I’ve ever tasted). Yes, the salad is dressed and has a sauce:

and it was fantastic. My dad decided he wanted an app to, so we added this to the delights on the table: 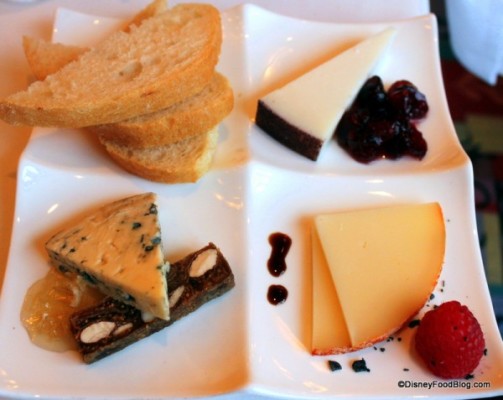 The cheese trio was pretty cool and came with its own mini menu that described each cheese in detail. All were especially tasty, and our conversation flowed from kids to politics to gun control to weather while we basked in the goodness of the Citricos food and service. We ordered our entrees, each of which was truly spectacular: 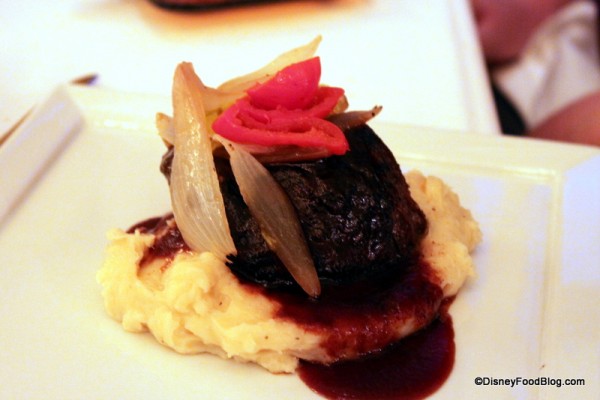 The filet was without a doubt the best steak I’ve ever eaten, and the accompanying four-cheese potatoes were even better – thick, creamy with just the right amount of cheese. My companions were equally pleased with their meals, and we began to glow with the euphoric warmth of a lifetime-top-five experience. As our waitress cleared our entree plates, she asked if anyone would be ordering dessert, to which both parents answered in the negative. They were quickly corrected by me, and I ordered the chocolatiest sounding thing on the menu: 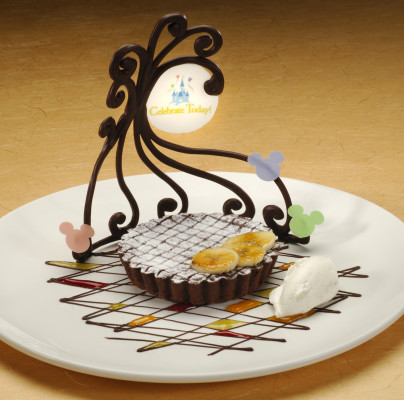 And when they say chocolate crown, they mean it. Every component of this dessert was sinfully delicious, including the massive crown. When the fireworks at MK started booming, we came to the realization that we had been at dinner for three hours and didn’t really want to go to MK anymore. So we sat and talked some more before making our way back towards the hotel entrance and the valet stand.

As we walked, I reached into my pocket for my phone and was a bit surprised to find the car keys (well, they’re not really keys, because our Dodge Journey had a push button start) in my pocket. I thought “Uh oh, are we got to walk out the door and see my rental car still sitting there? Luckily, it was not there, and I headed up to the valet stand. I recognized the valet worker who had checked us in, then I held up the keys and gave him a look like “I know I’m a dumbass” and apologized for taking the keys. He said that it happens all the time (I was the third just on this one night), but that I was the first person ever to admit it. They frequently have guests doe the same thing, so the valets never turn off cars waiting to be parked until they’re sure able to get them parked.

The guests who don’t admit having their keys when they go to pickup their car typically argue with the valet and at some point, they solve the discussion by asking the guest to get in their car and push the starter button. If the car starts, the they gently point out that means the customer has the key somewhere on their person.

We felt the Illuminations show booming as we drove past EPCOT heading back to the hotel and then turned in for the night.