I’ve been going to Michigan nearly my whole life, certainly as far back as I can remember. I’ve seen many great games, even though several of the great games ended up in Michigan losses: #1 Notre Dame 1989, #1 Miami 1988, #1 Florida State 1990, #7 Colorado 1994, and the list goes on. I’ve been at some great wins, too: Notre Dame 2011, the Virginia comeback game, blanking Ohio State 28-0, too many others to count. In other words, I’ve been a Michigan fan all my life, and I’ve been to many games at the Big House. Which brings me to my point.

For about twenty years now, I’ve been saying that my favorite moment each year is the moment I emerge from the tunnel in Section 3 at Michigan Stadium and see the green of the field(turf) for the first time. When you come through the relative darkness of the tunnel, the saturated colors of the end zones and player uniforms almost hurt your eyes, but it’s impossible to look away – it’s quite nearly breathtaking for the passionate football fan.

It was different this year, because my first entrance was in the twilight hours of the Notre Dame game. This in itself was quite a moment, as I’ve never seen either a sunset or a full moon in the night sky at a Michigan game. 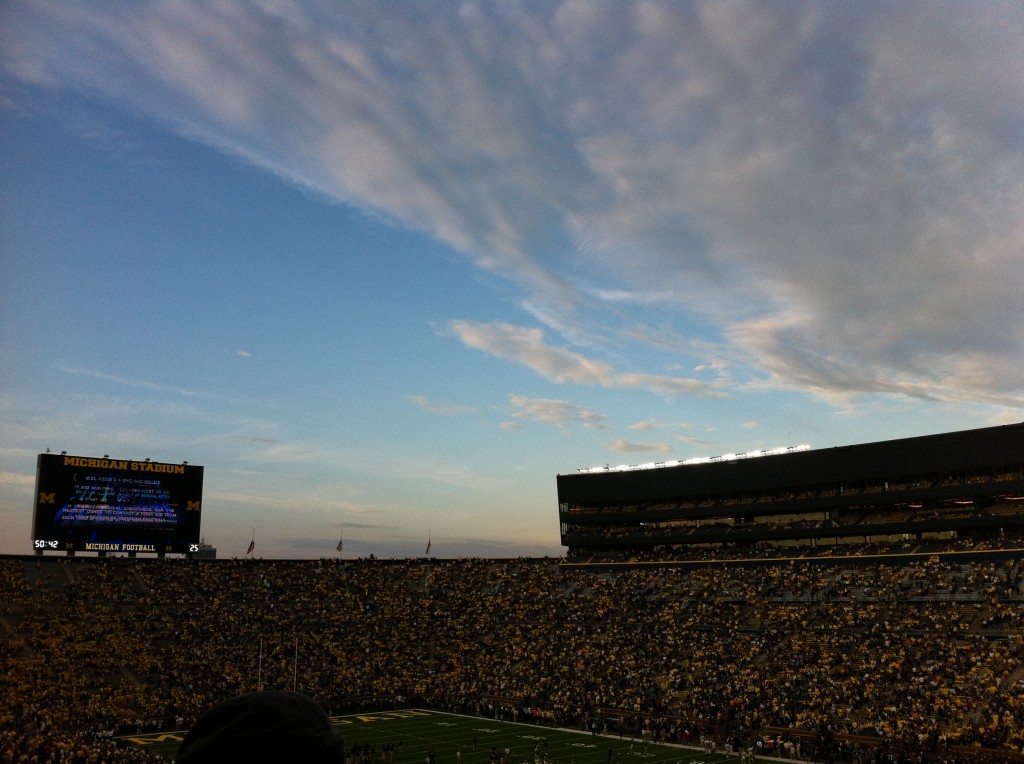 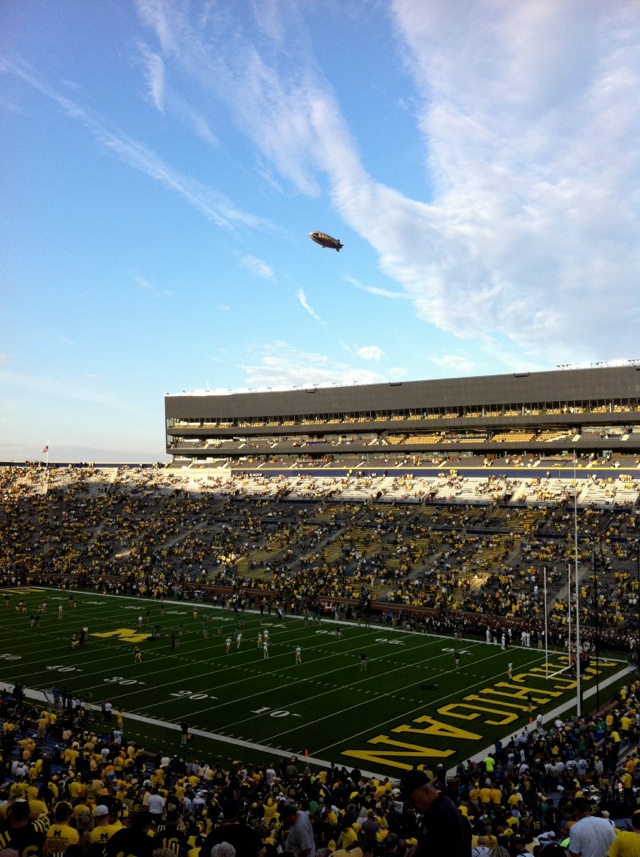 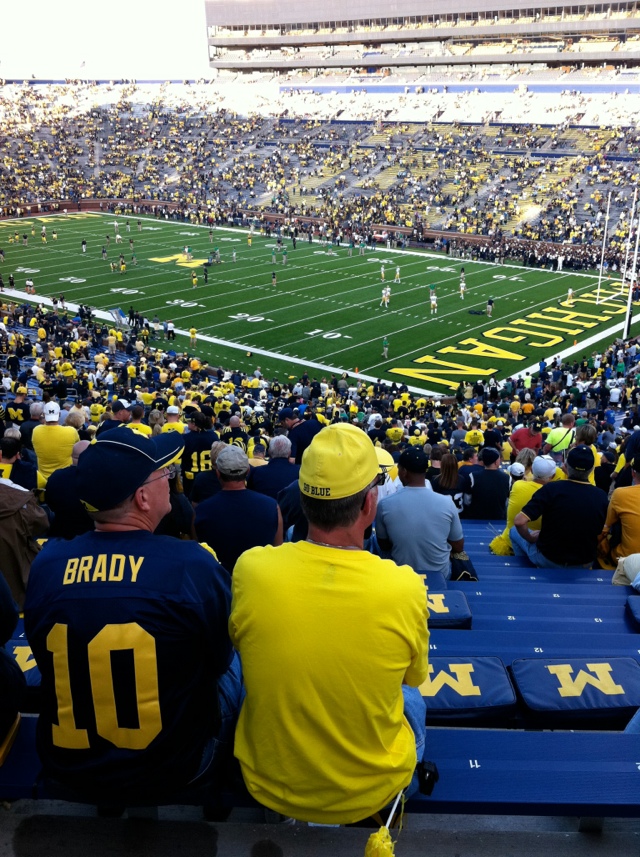