First, a note about the series. I spent last weekend in Rochester at my parents’ house and discovered more than a thousand old family photographs – several boxes of photos that belonged to my late Grandma Goudie (Fran). And oh by the way, there are also boxes with rolls and rolls of print film negatives from my Dad’s early life. And then the front hall closet and chest of drawers full of print film from throughout the course of my life. So I may have to revise my numbering system at some point. For now, though, onward!

In the first 75 minutes of April 30, 1974, I was born in Pontiac, Michigan. My birth mother was 18 years old, and her interests included crocheting and roller skating, among other things.

I’m sure most people know this already, but I was adopted into the wonderful Goudie family (my original name: Marc Boring). I have a two-page adoption summary that gives an overview of what my birth parents were like at the time, which is why I know the roller skating tidbit. Who wasn’t into roller skating in 1974?

When I was a teenager and my parents were showing me my baby book (wonderfully under-completed, like most baby books) and adoption papers, I spotted something in the paperwork that they had missed: my birth mother’s full name and address. So I’ve known for more than 25 years who my birth mother is. She tried to get in contact with me in the late 1990’s, but I declined through an intermediary. Those are probably stories for another blog post though. Let’s get to cute baby pictures instead.

Then I was got

Another great thing about being adopted is your parents talk about the day they “got you.” Biological children are “had”; adopted children are “got.” Bill and Jan got me when I was around ten weeks old from the adoption agency in Pontiac. These pictures were taken at the agency during one of final pre-got inspection: 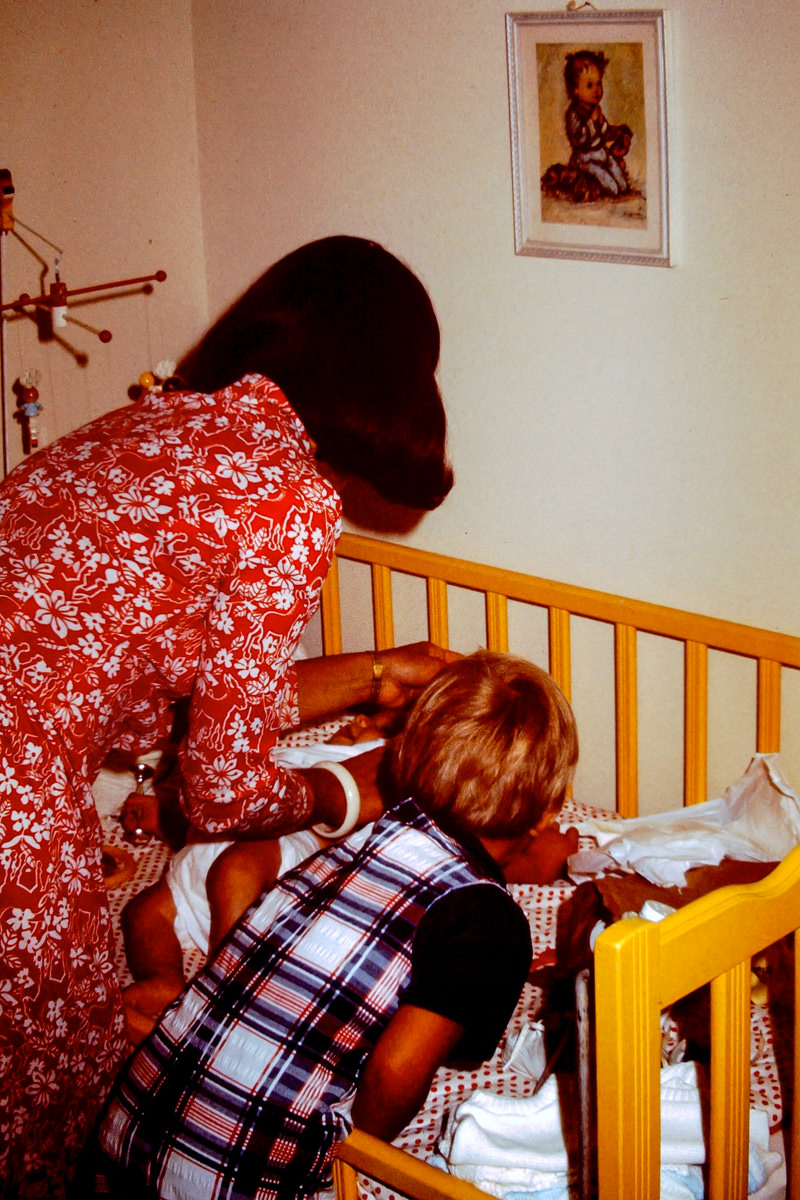 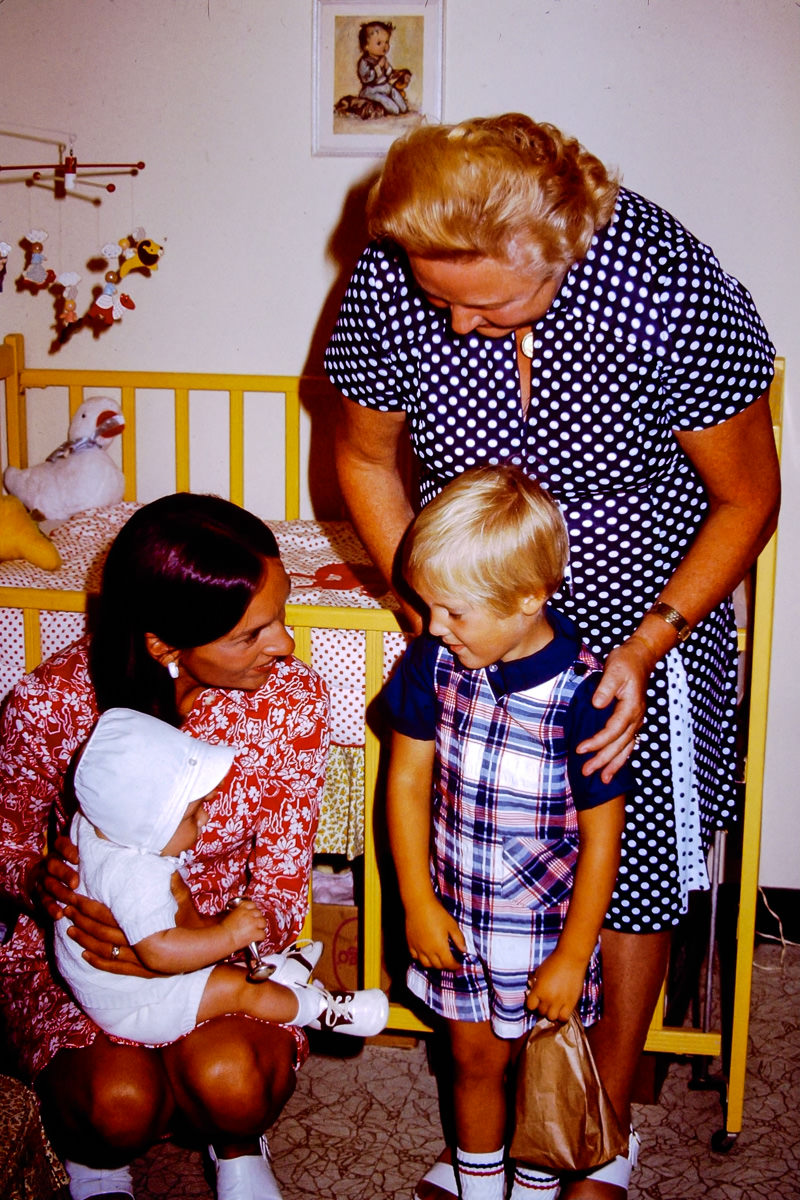 1974: My new mom Jan holds me while the agency lady tries to convince Doug he’ll still be their favorite. Nice try lady! 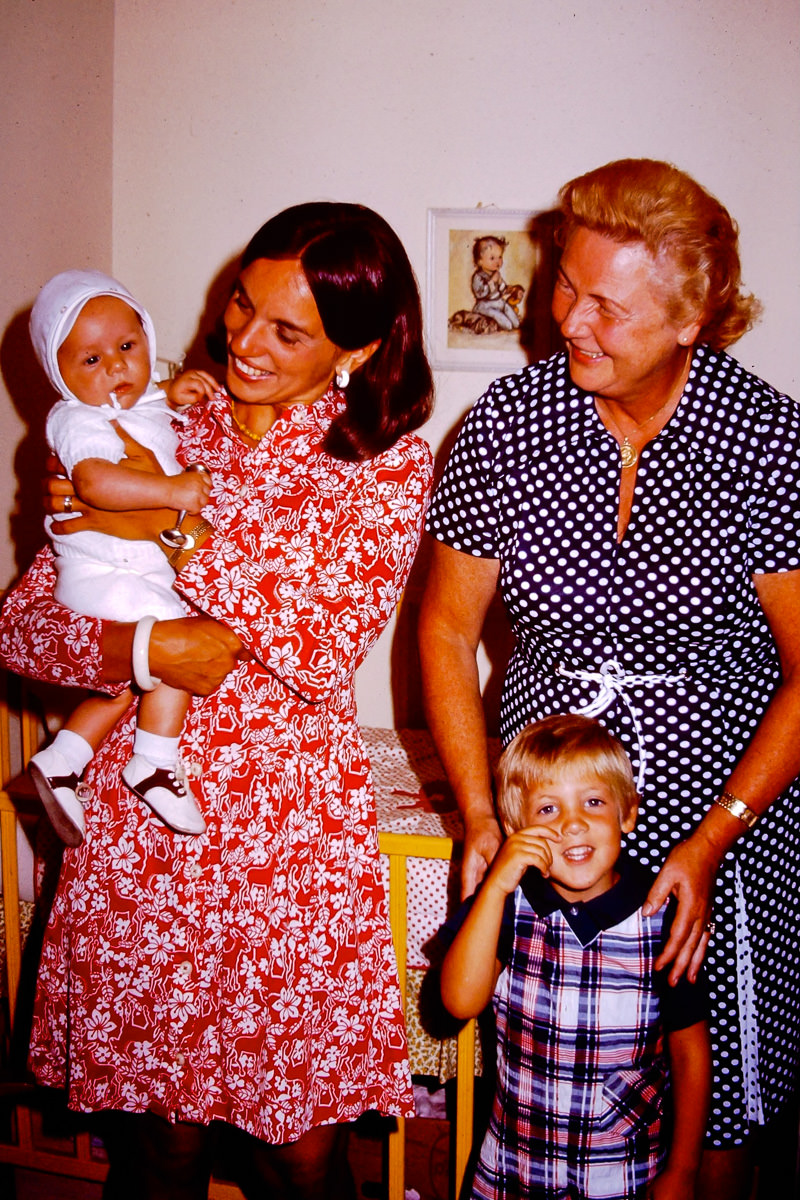 1974: Jan holds me proudly while the agency lady smiles at having sold another baby! Doug wipes away tears after realizing the agency lady was wrong – I am the new favorite

If you’re wondering what child safety seats were like in 1974, I offer you this picture: 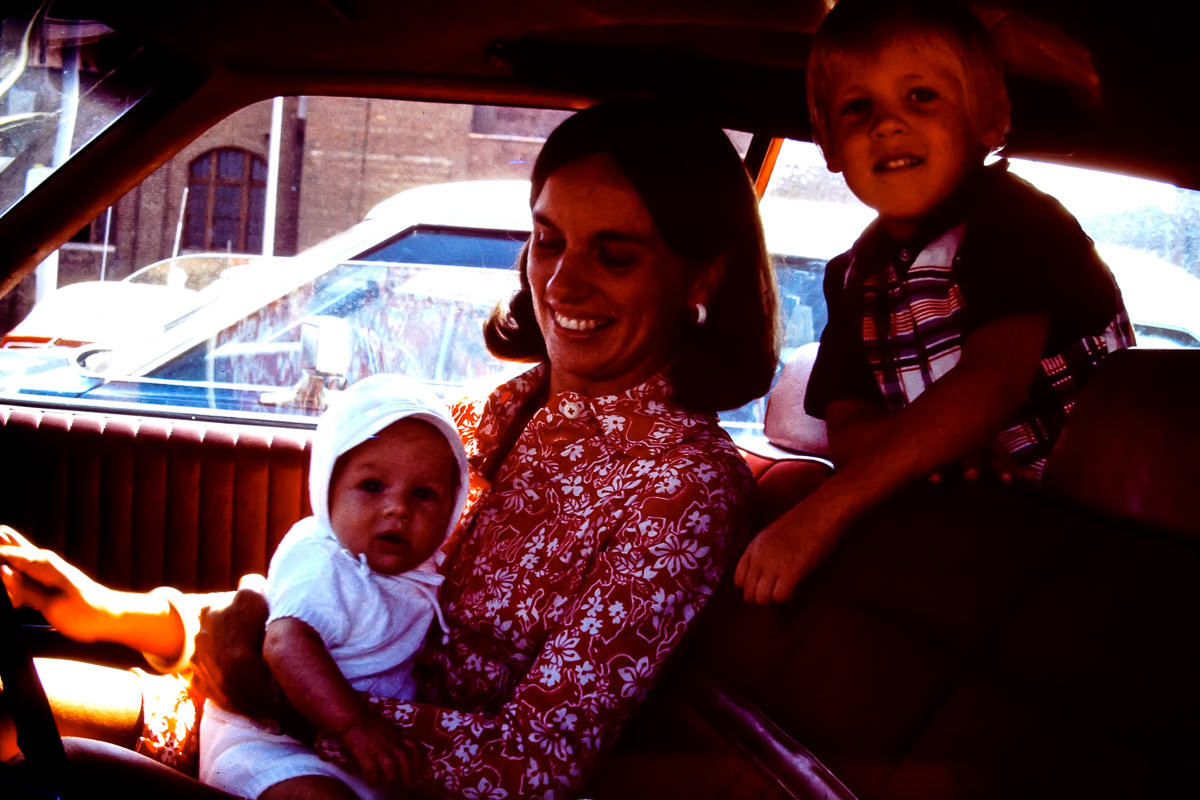 I should note that these pictures were also before I got my Jan-implemented sense of baby style, so don’t blame her for my ten week old clothing choices. There will be plenty of time for that in upcoming posts.

(I am kidding, I’m sure she dressed me before taking me out of the agency or let my dad take these pictures. Saddle shoes = dead giveaway) Also, I’m 99% sure she also chose Doug and Bill’s outfits on this day. Doug’s, you probably already guessed, but wait until you see Bill’s below.

My parents had built a home in Rochester in 1970, so that’s where I went to join them and Doug as my new family. Then we took a series of pictures on the front steps, with me looking fabulous. 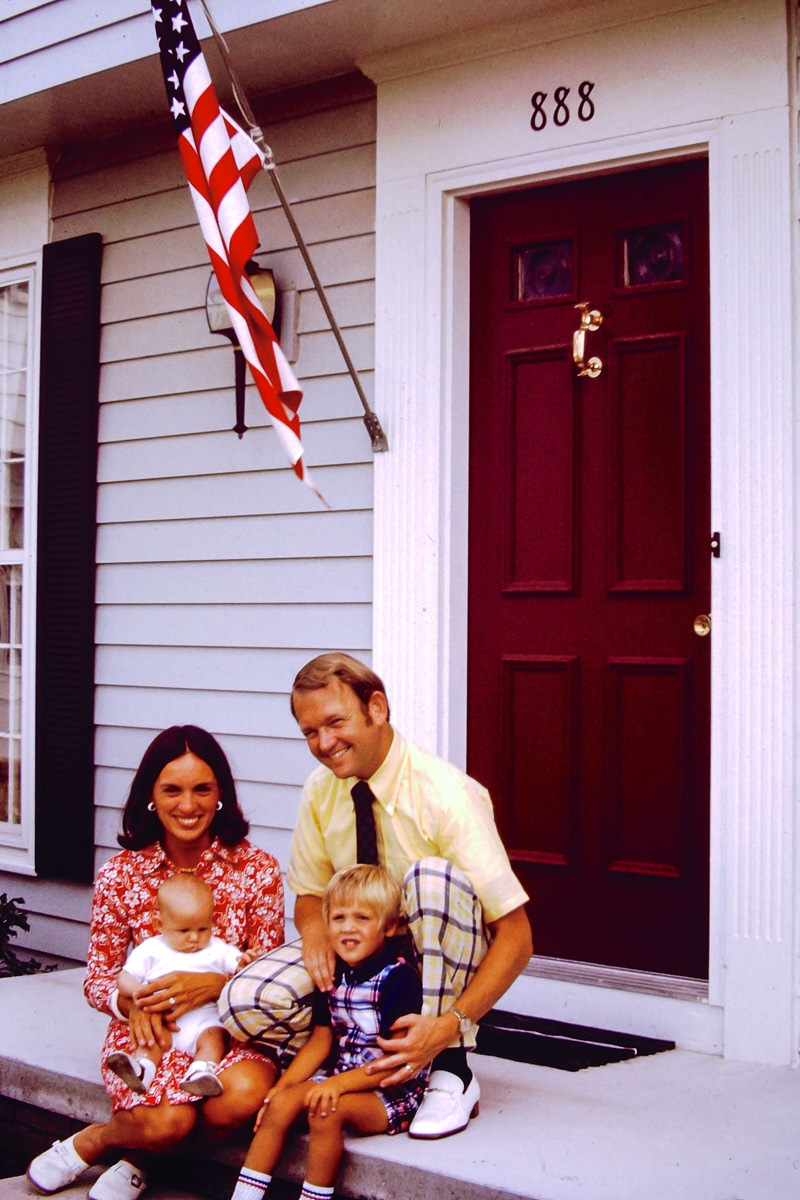 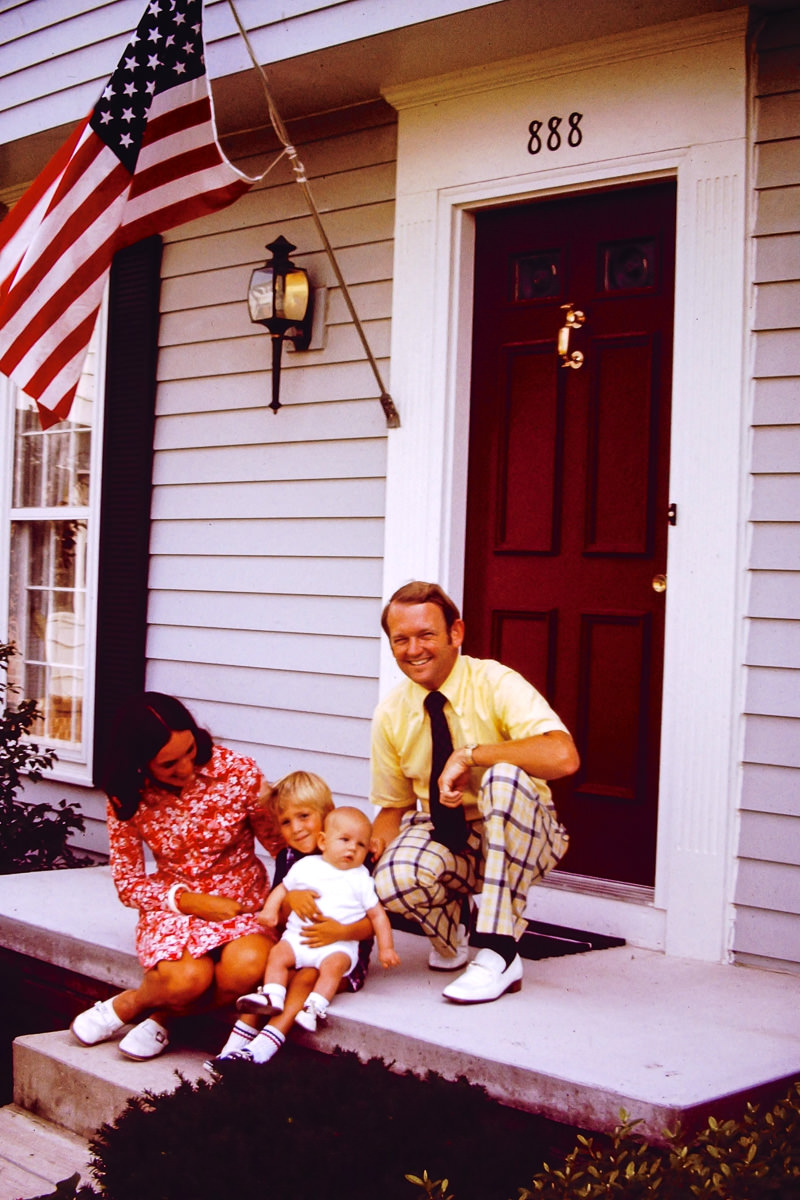 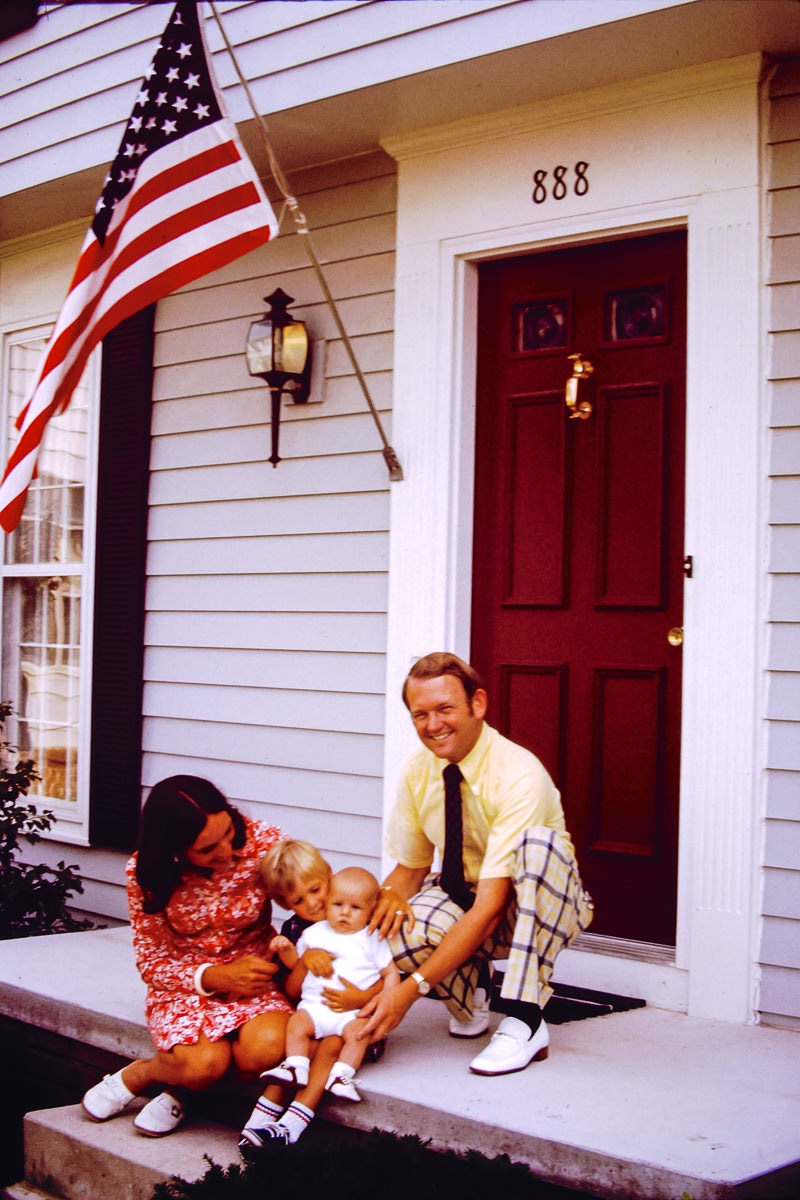 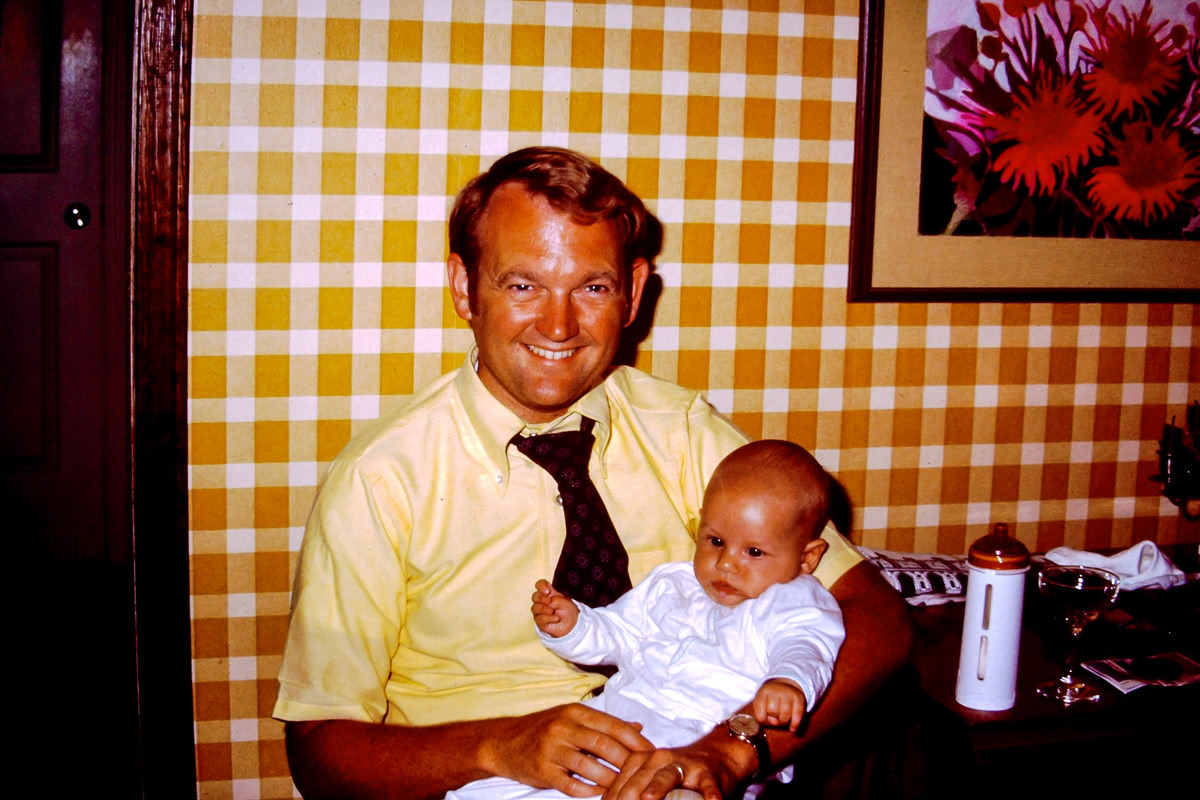 Which glass was he feeding me from??

Then I made lots of new friends 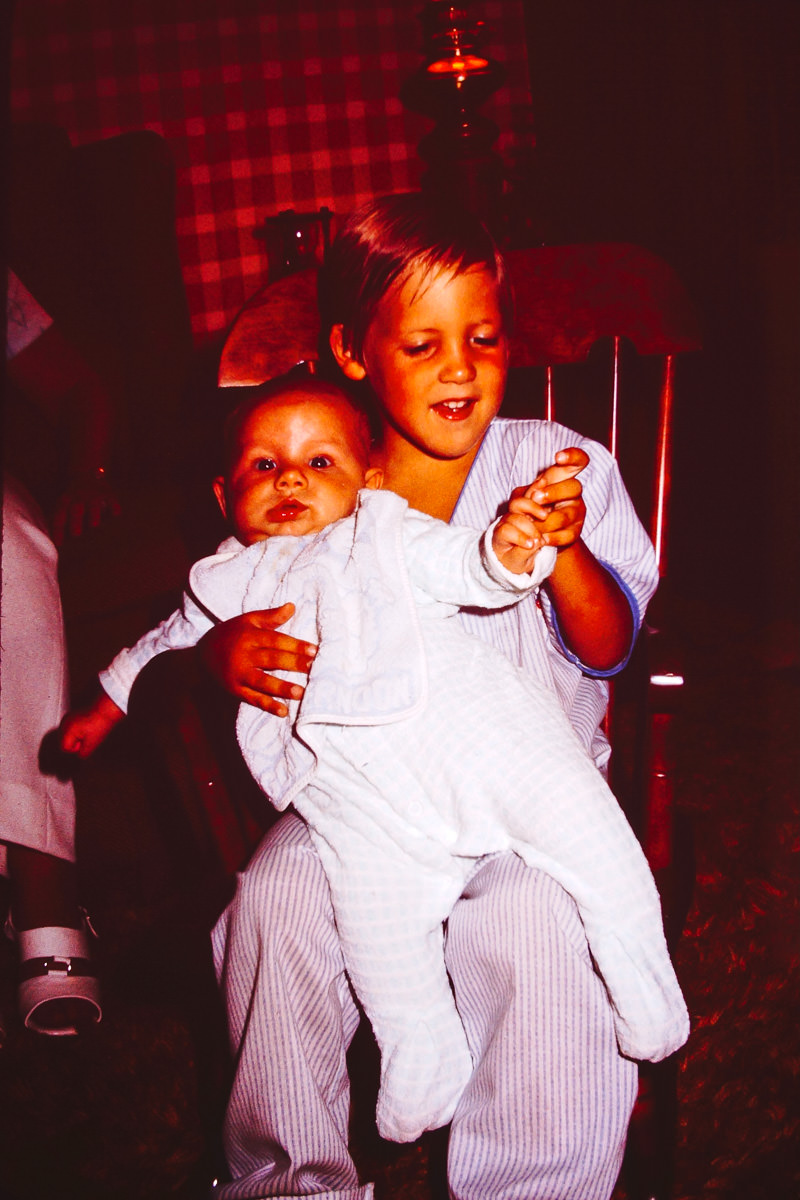 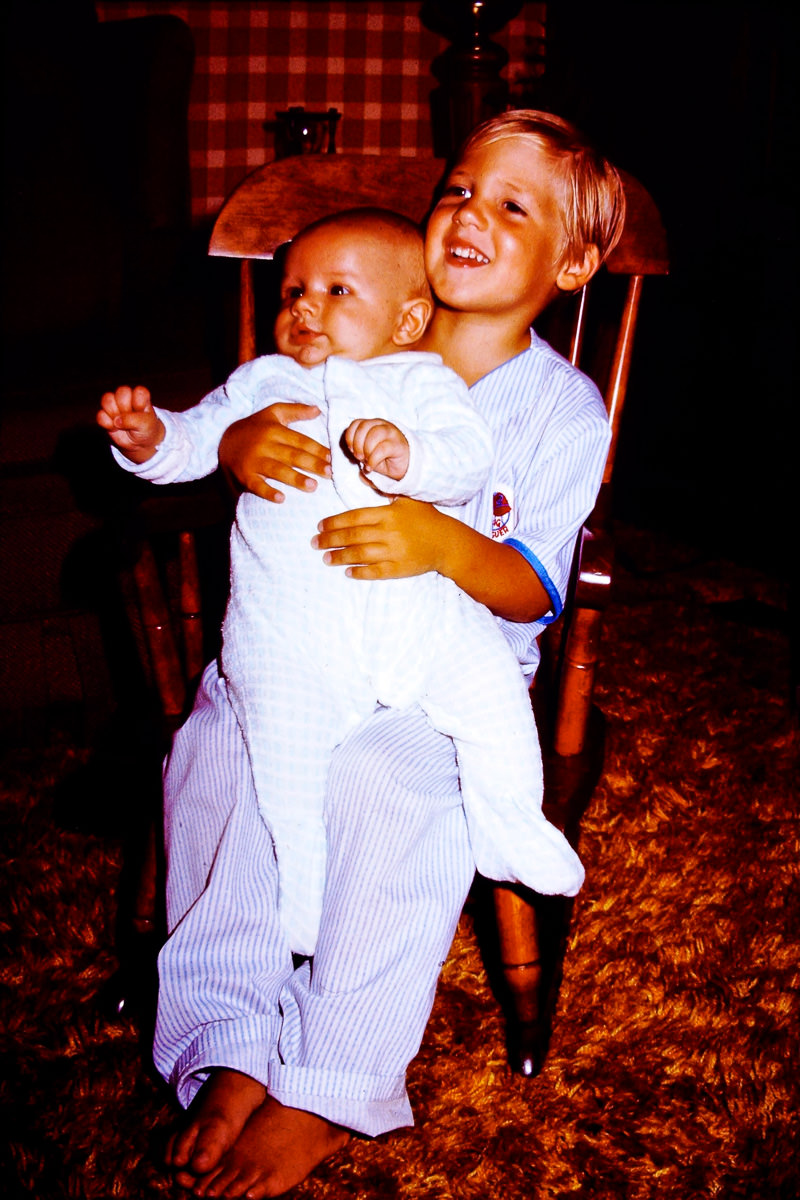 I had a steady stream of visitors to the house to make my acquaintance. 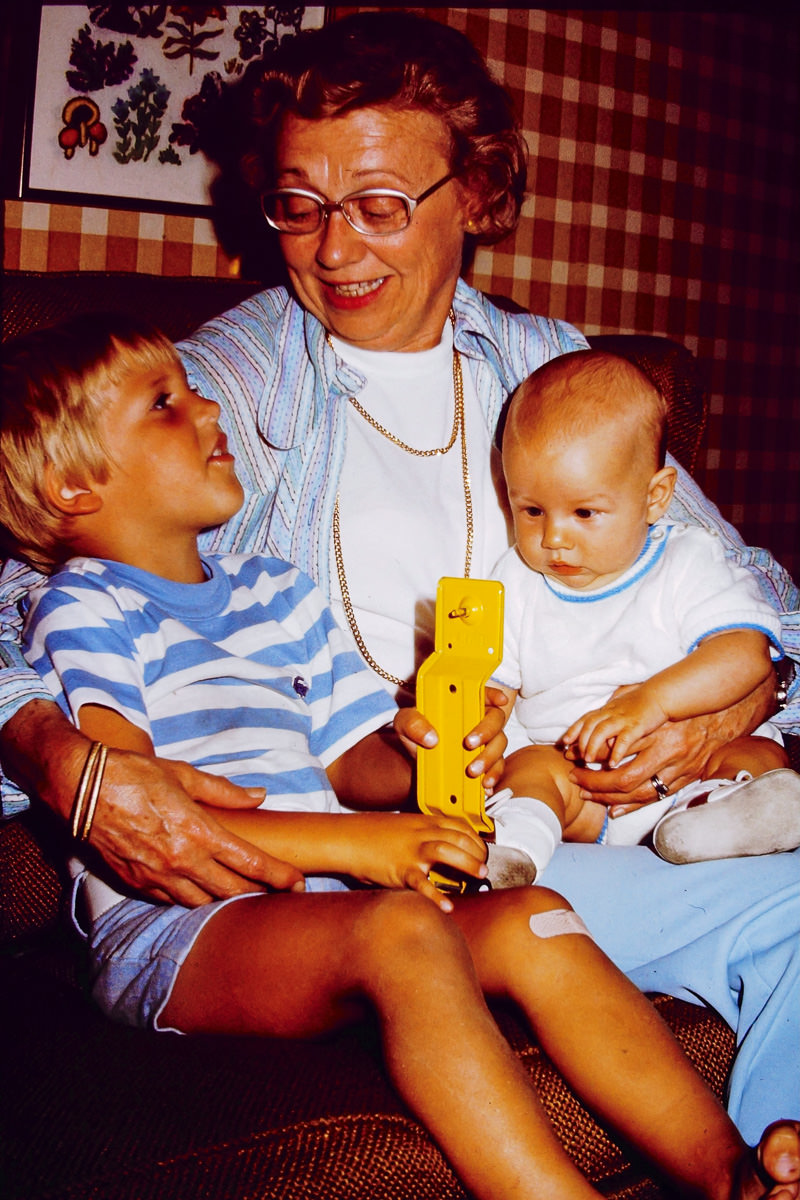 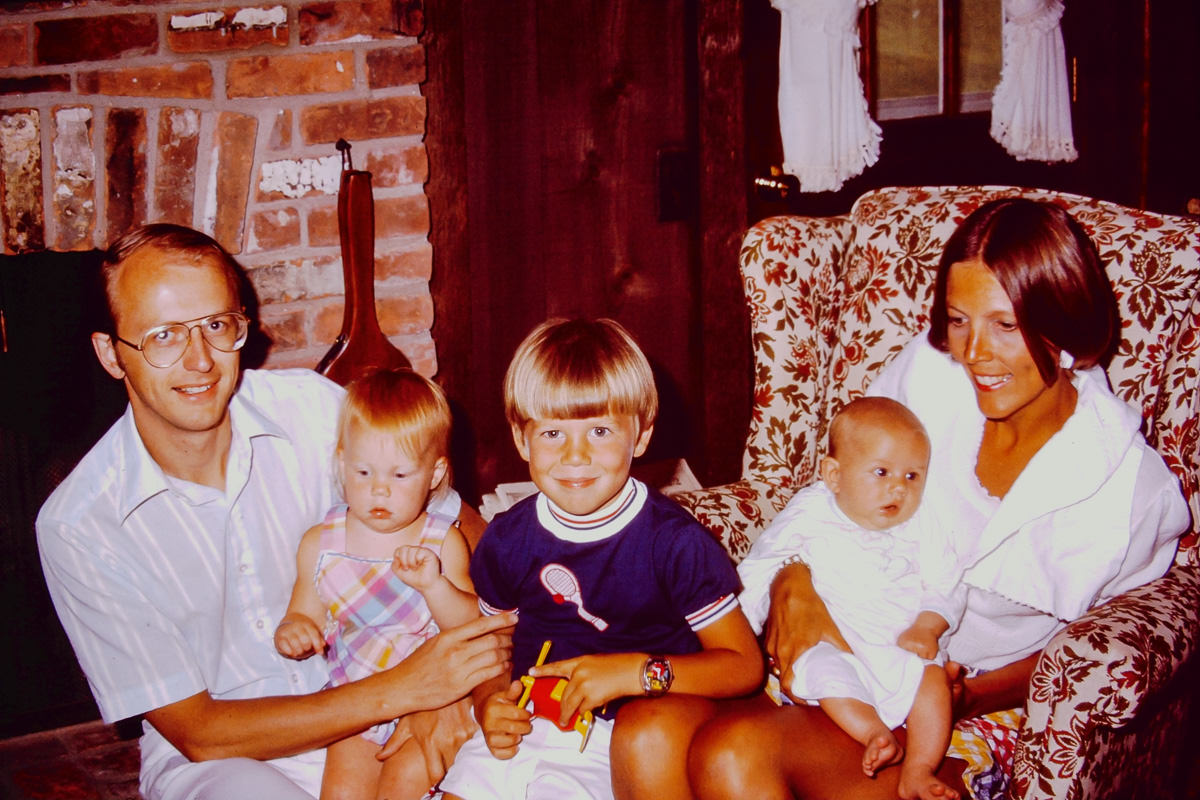 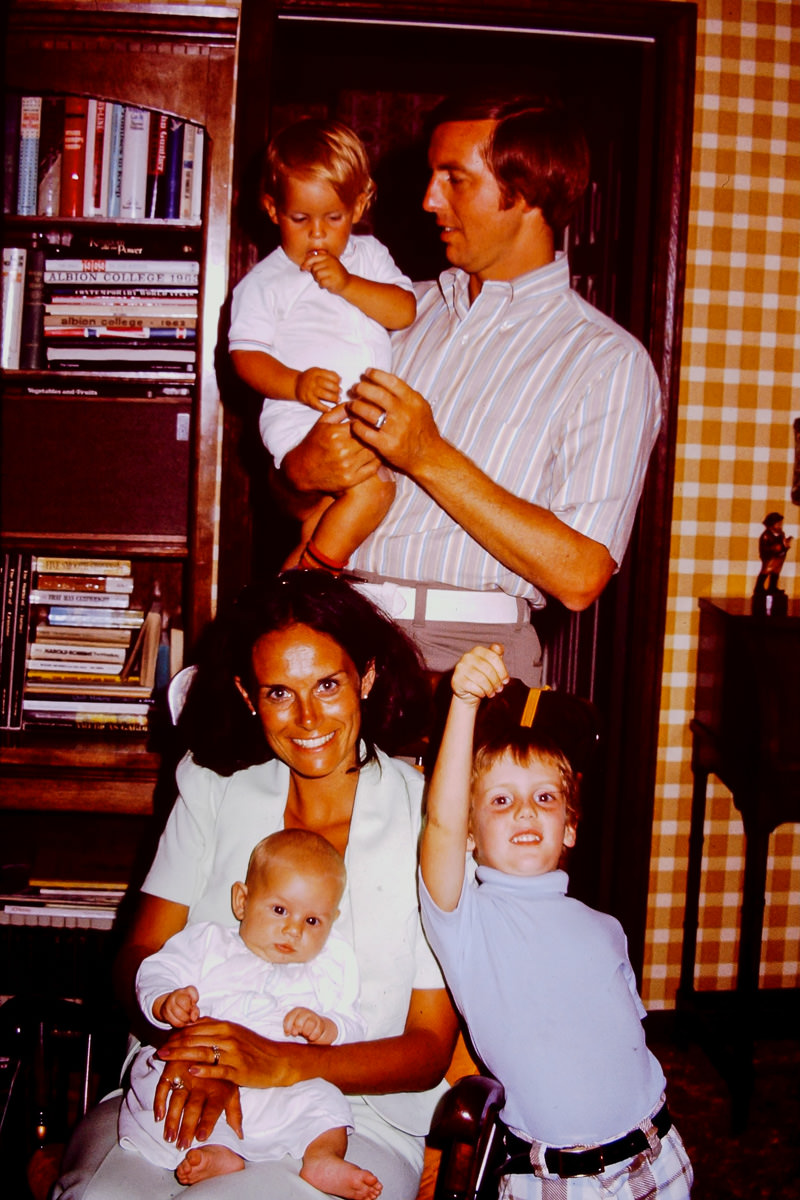 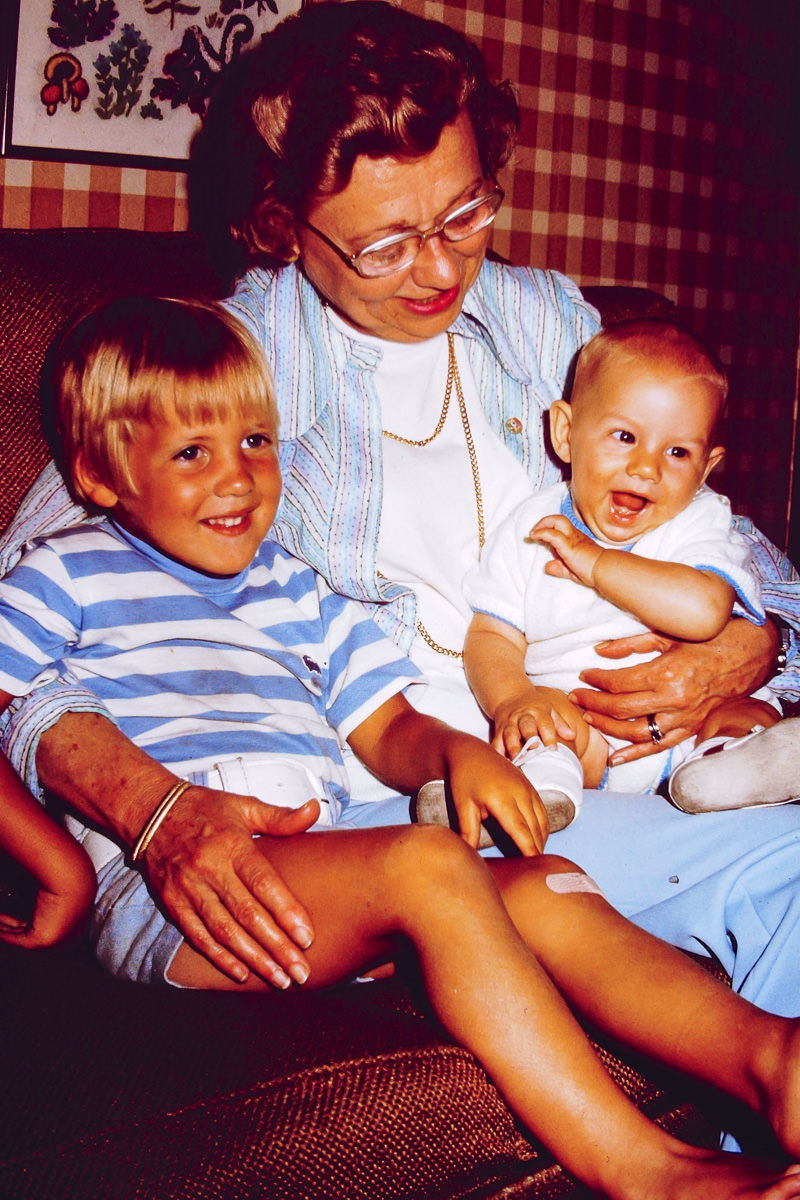 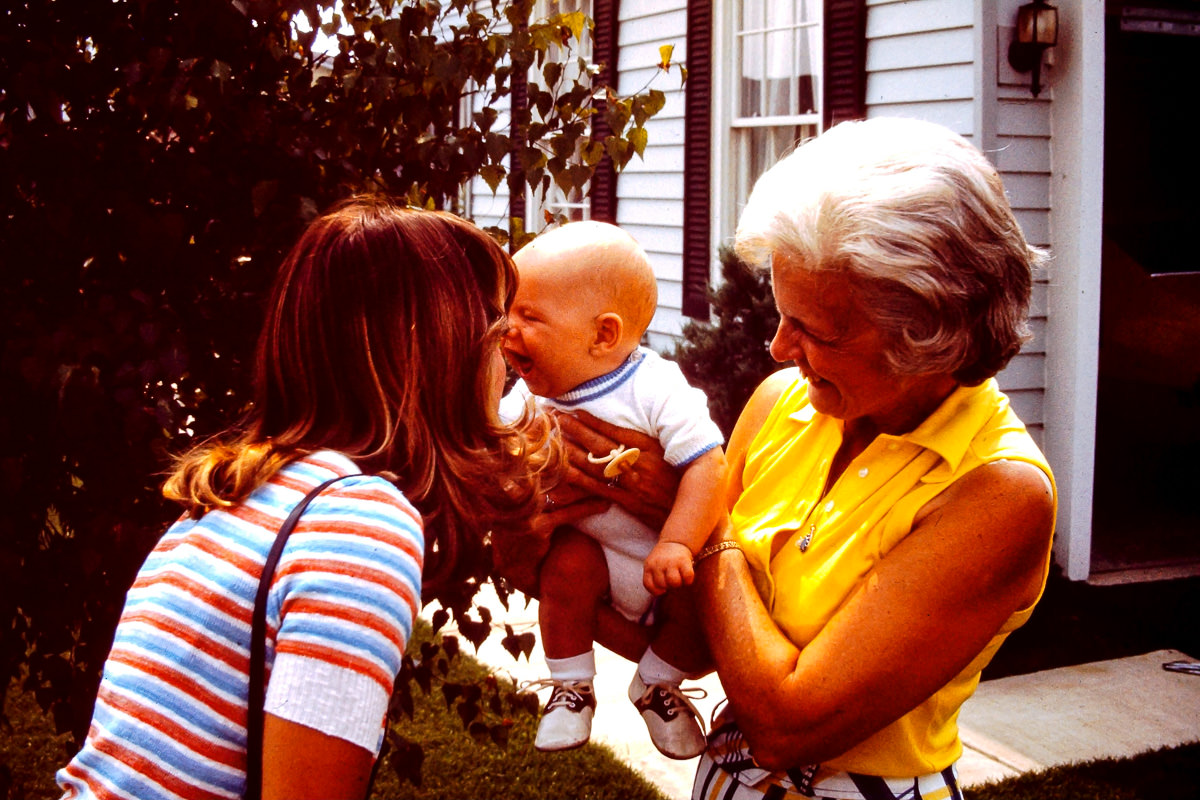 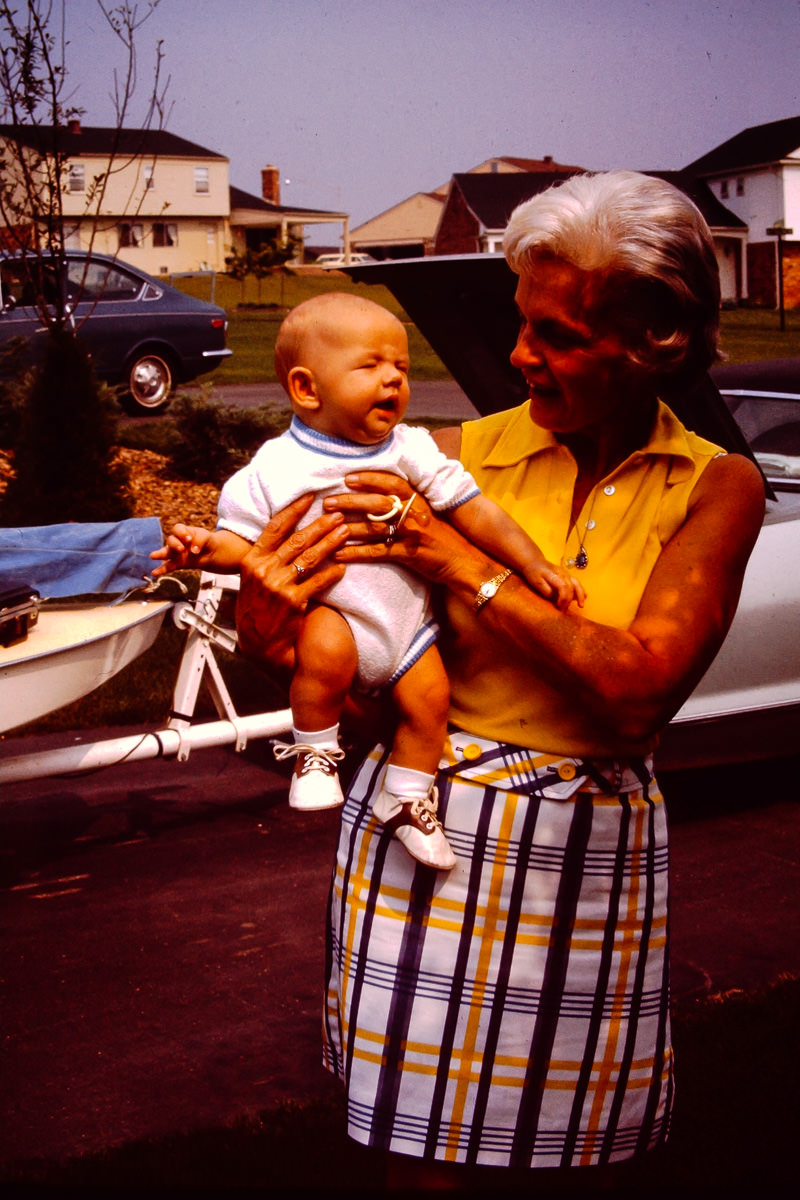 Note the trailered boat behind my Grandma in the driveway. Only two days after getting me, my parents took me on my first trip to:

I usually have the next post or two worked out, but my computer with all the pictures is currently being repaired, so we’ll have to wait and see. Hopefully I won’t have to miss a week.