What better to start off with than this adorable picture? 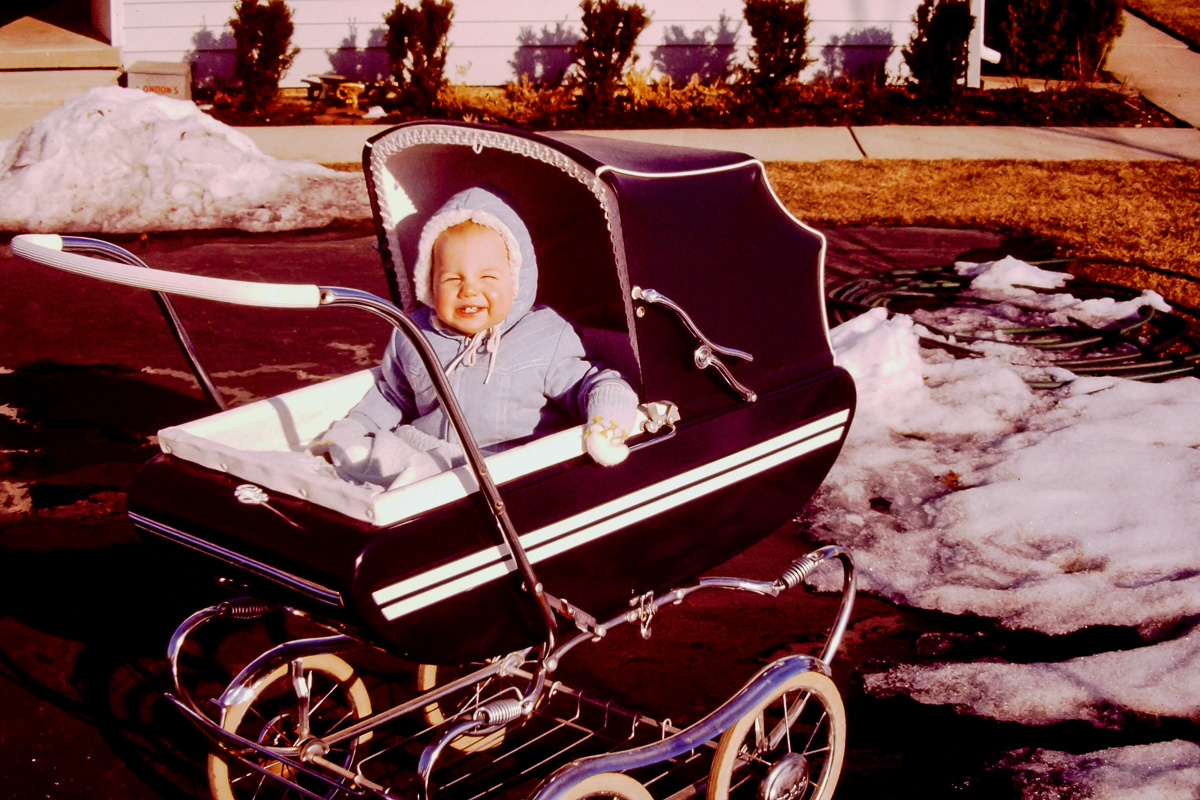 Now I have no idea if that picture was actually taken around Christmas, but it was in a group called “Christmas 1974” and there’s snow, so let’s just go with that.

I don’t know when the tradition started, nor how this particular year fits into it, but I remember from my growing up years (not 1974, obvs) that we always drove up to a Christmas tree farm and cut our own tree.  The drive always felt really long as a kid, but I laugh now looking at how far away from Rochester it is.

Annnnnyyyyyywayyyy, in 1974, we went out and cut a Christmas tree. I’m not sure if this was our tree and this happened in Michigan, or if this was cutting George & Joan’s tree in Ohio. It was Christmas time, trees were cut, fun was had. That’s all I need to know. 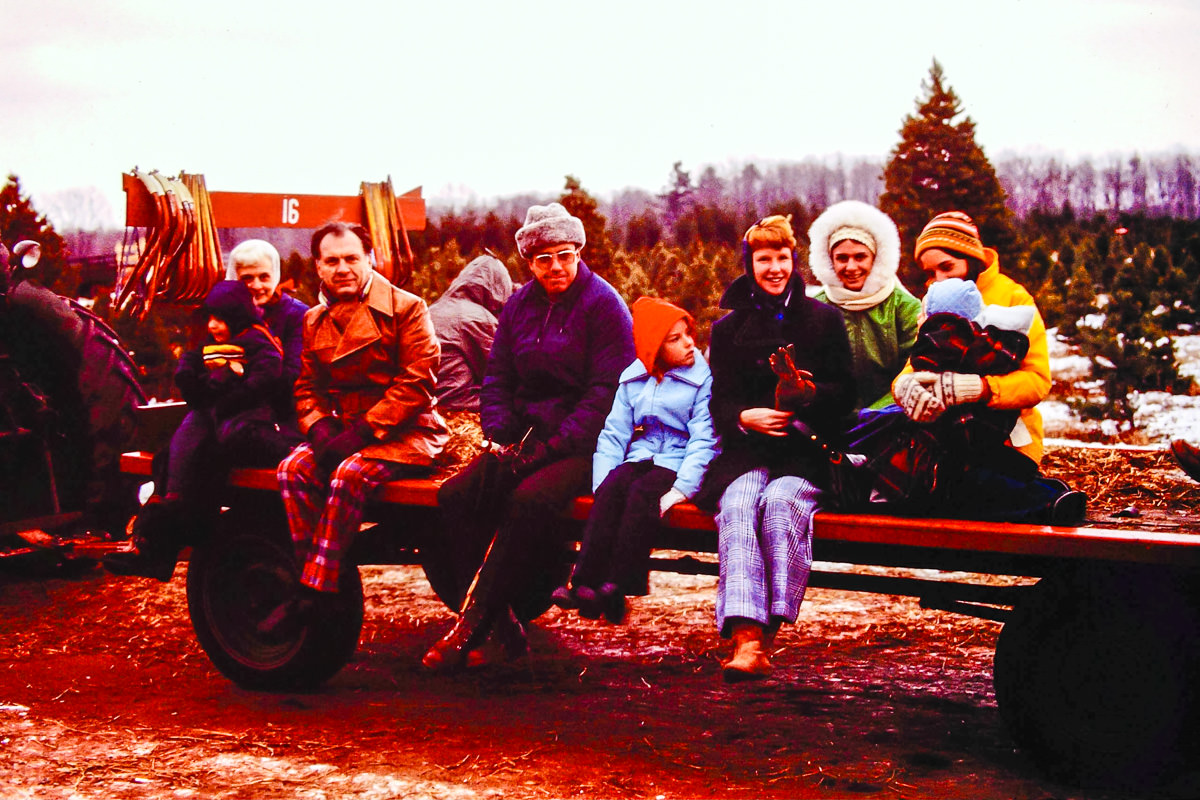 Christmas 1974: Doug in the blue & yellow being held by Joan, George rocking the awesome outfit next to them. I’m wrapped in the blanket held by Jan in Yellow 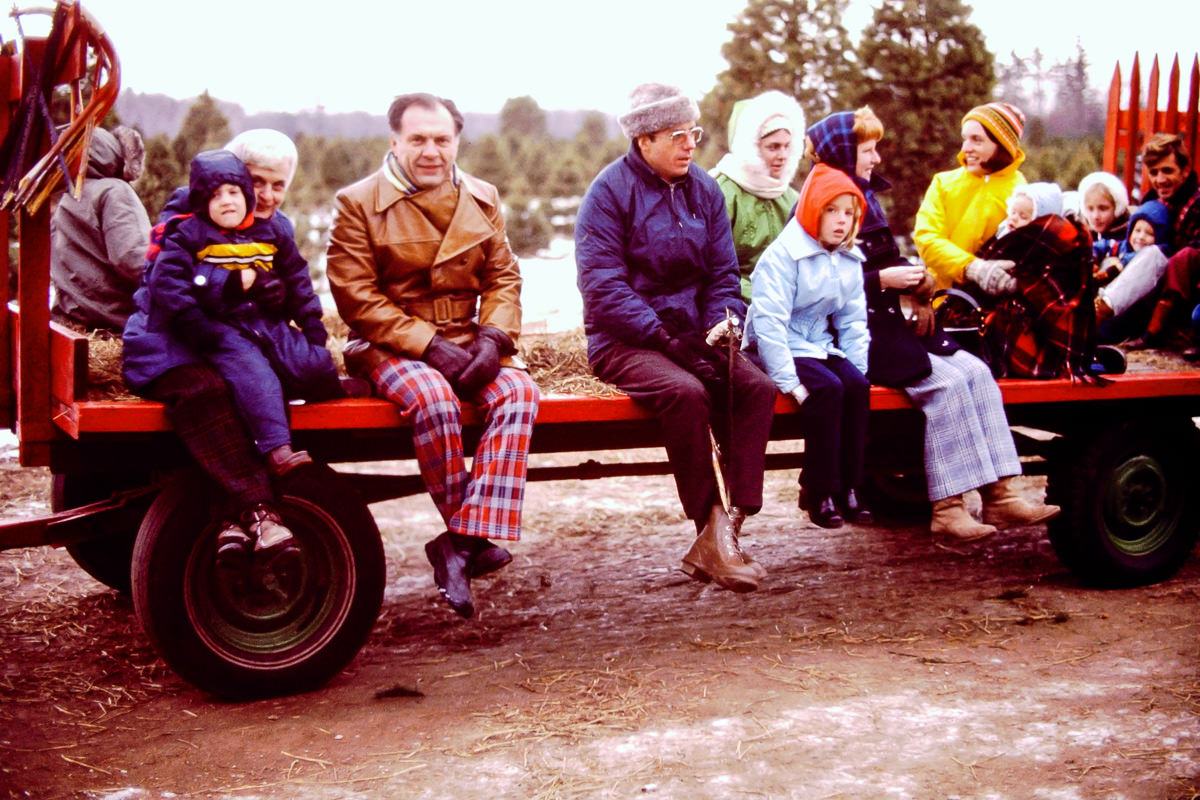 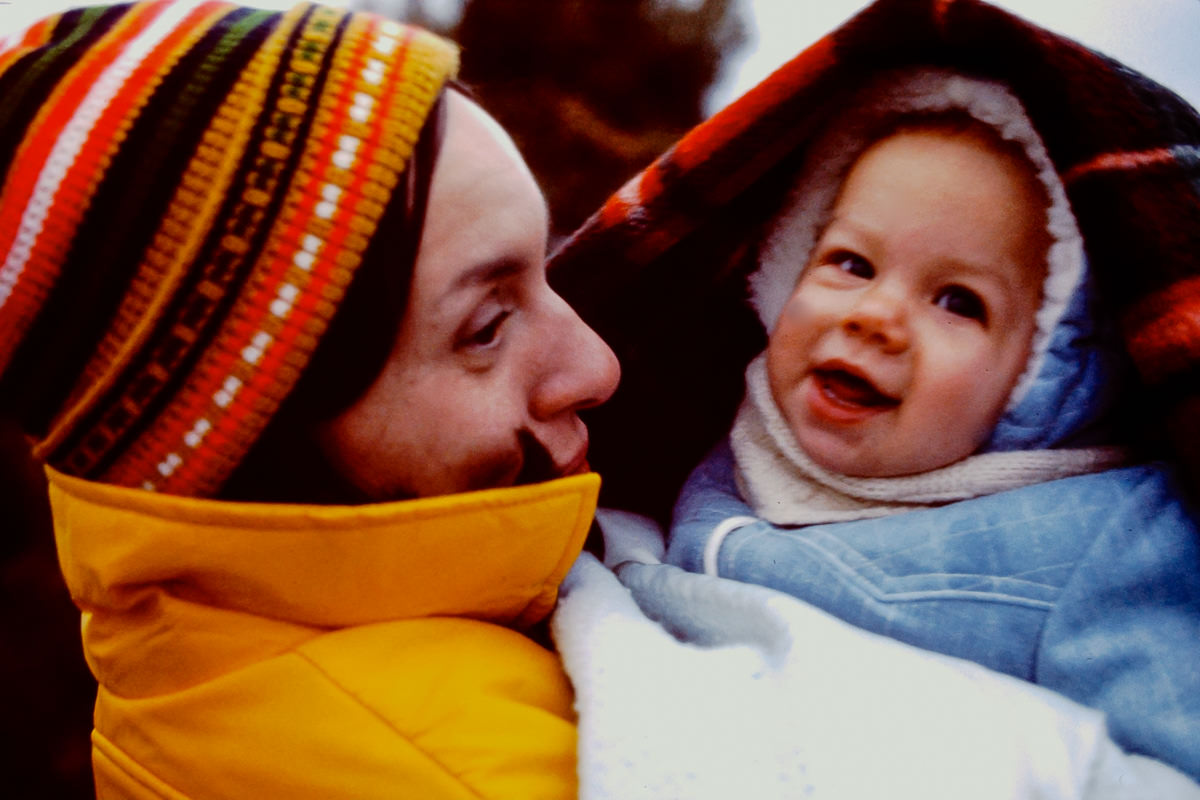 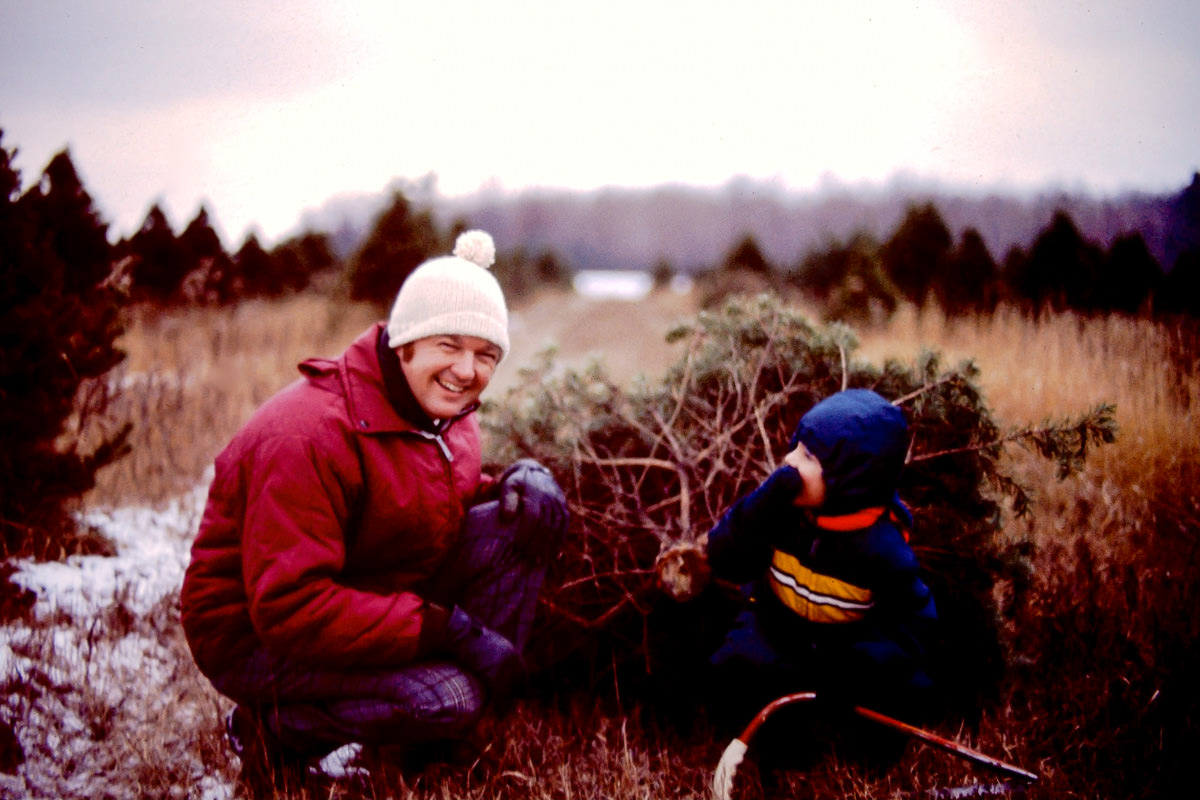 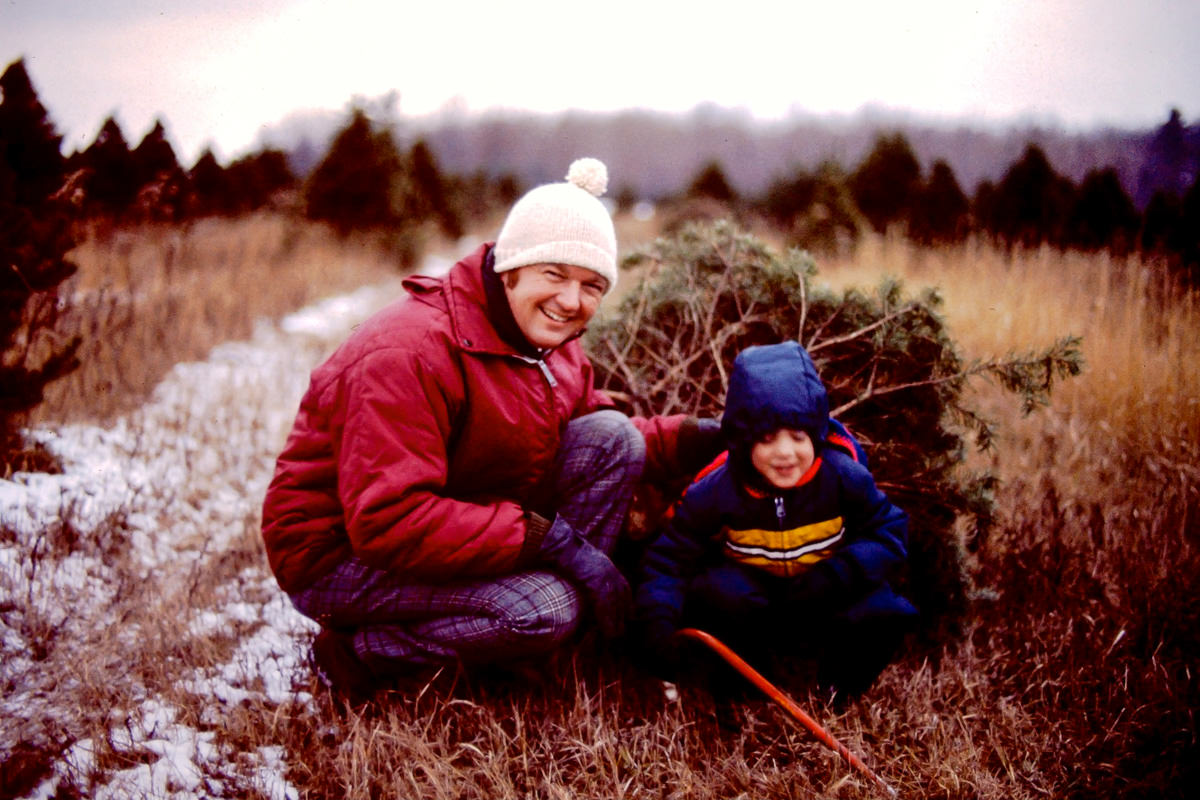 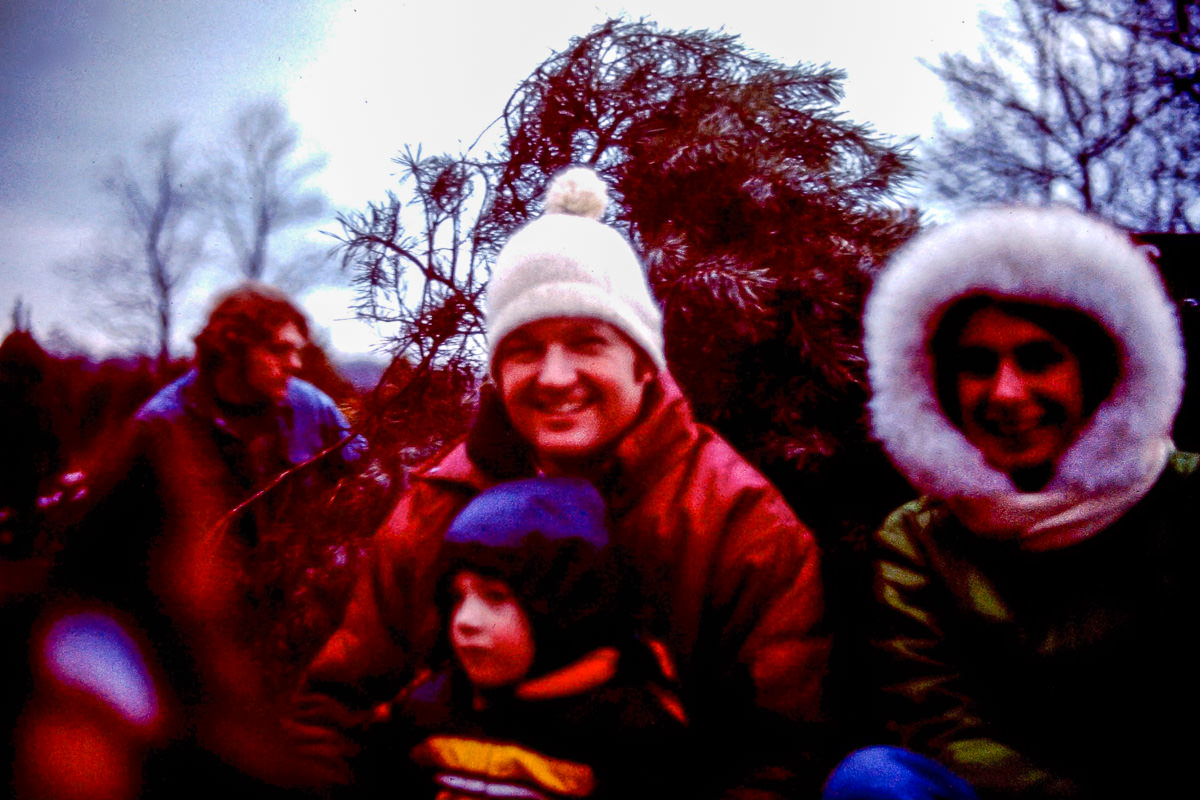 In many of the growing up years, we spent our Christmases in Cleveland/Chagrin Falls with the Matilos, Bakers and Strattons. I’m not totally sure about 1974, but there are some random Christmas-time-ish pictures that appear to be from Bakers’ house, which fits the norm, however there are also Christmas pictures at the Goudie house in Rochester. Again, presents were opened, fun was had, pictures were taken, so it really doesn’t matter. 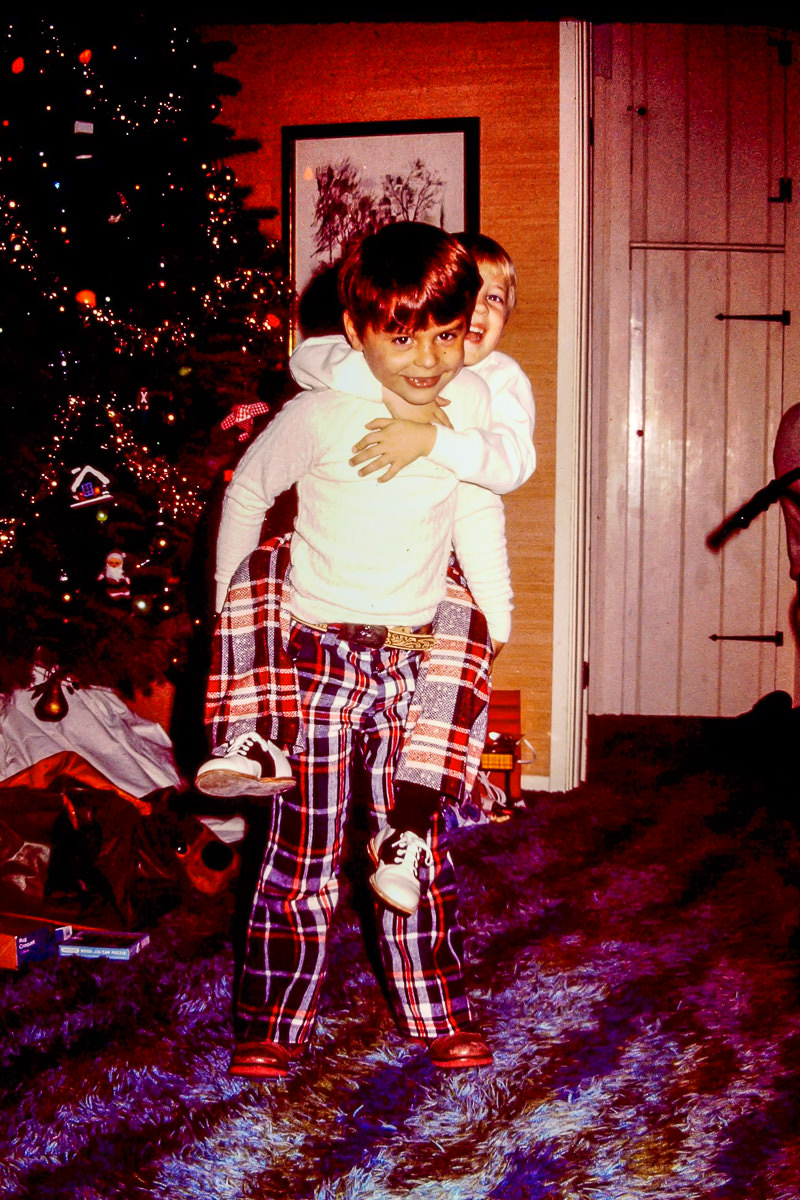 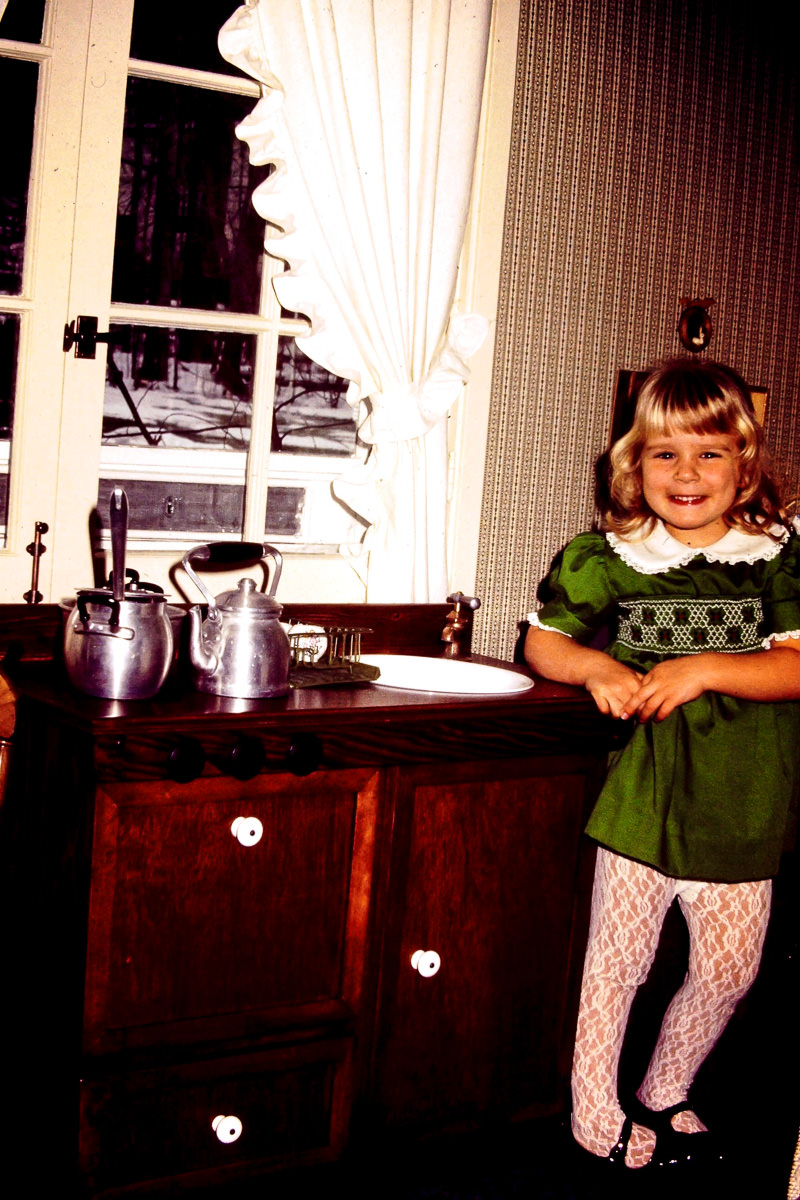 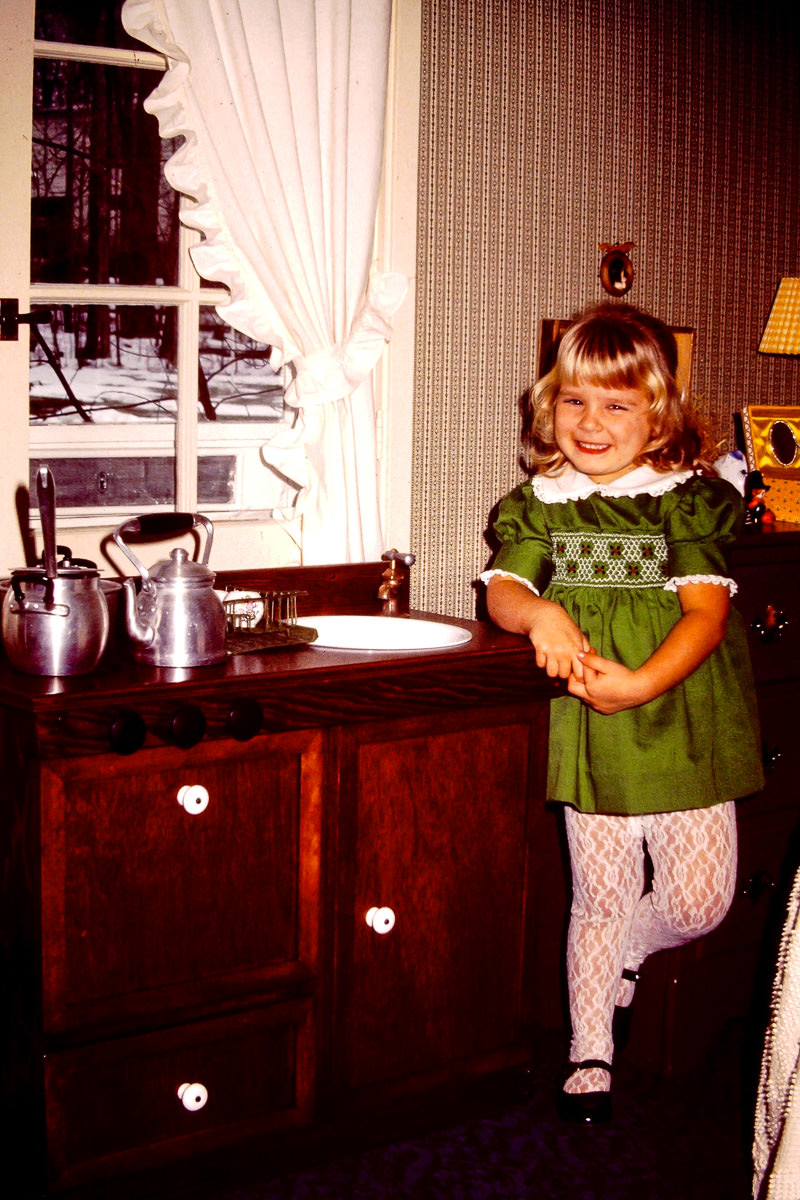 And the Rochester pics: 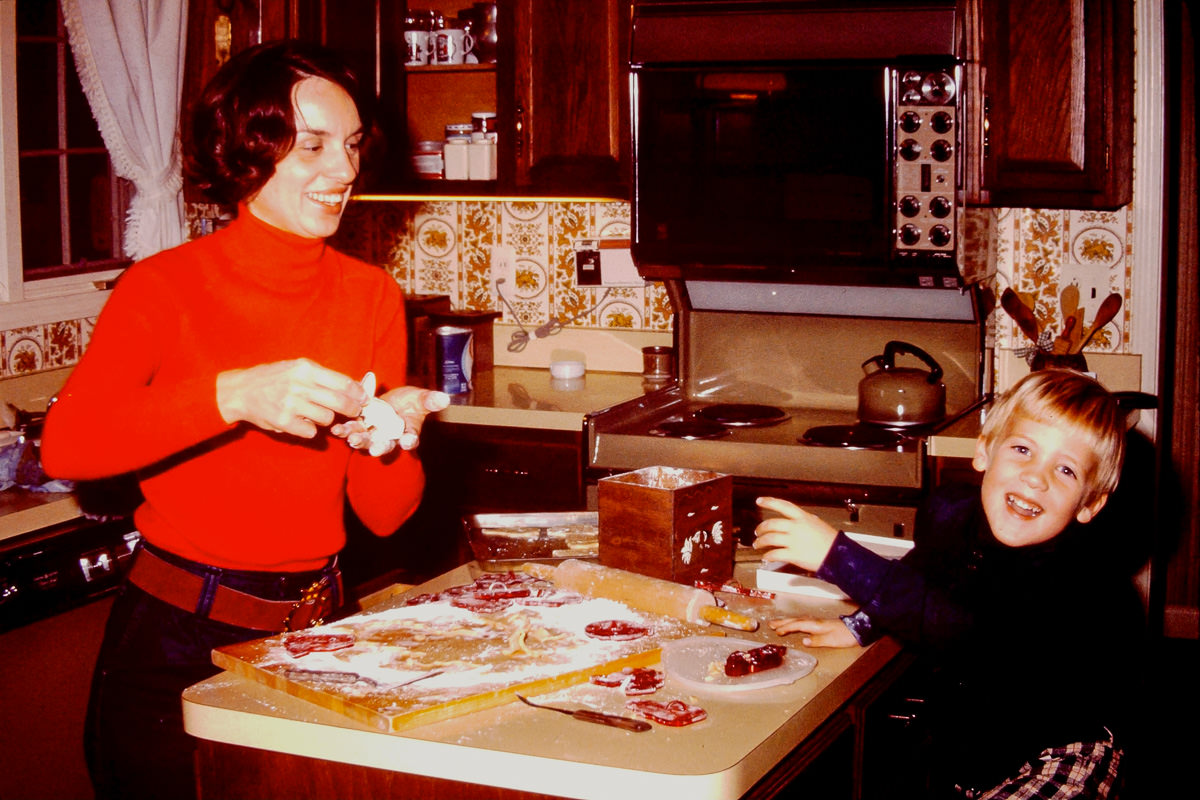 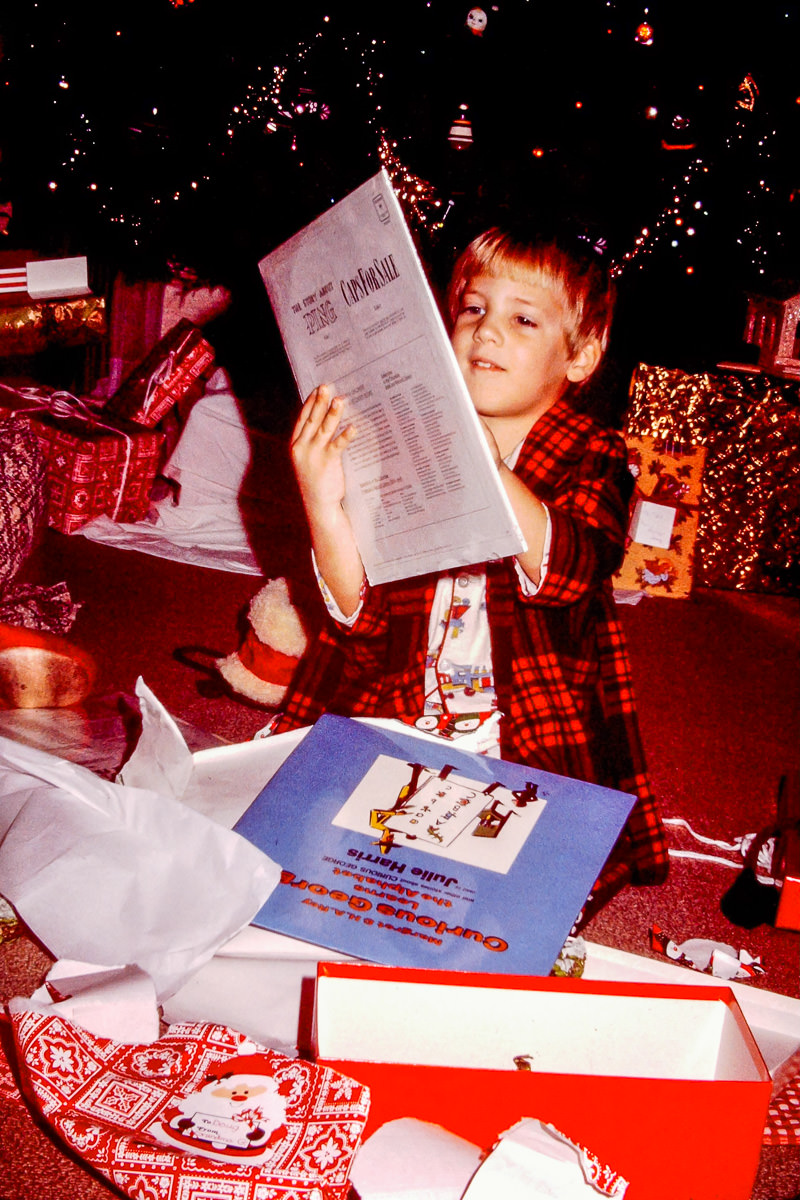 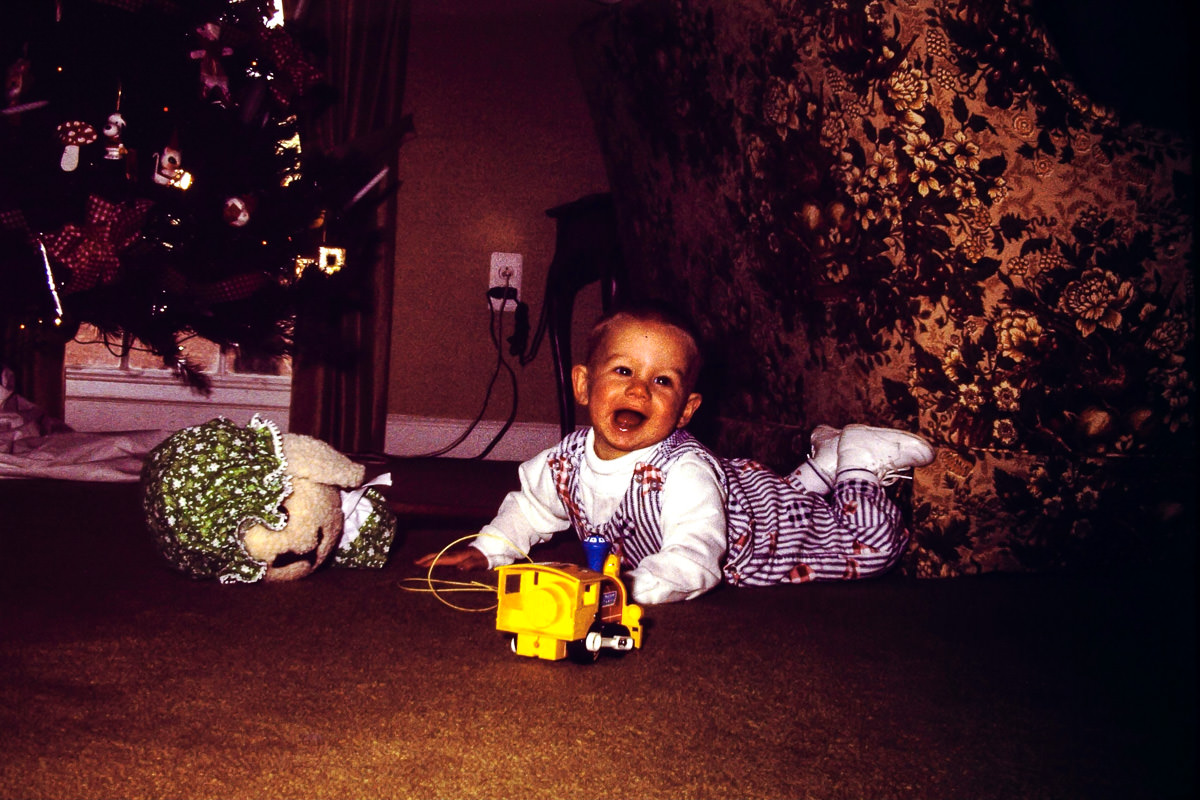 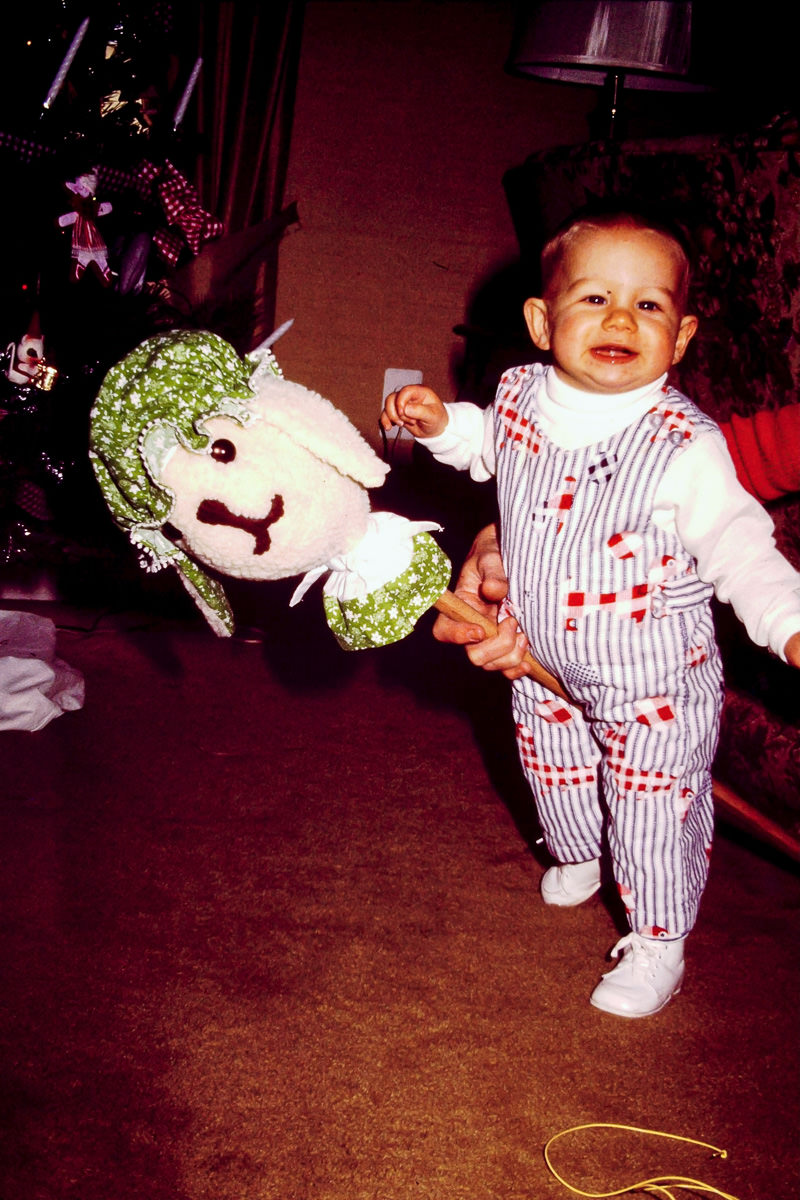 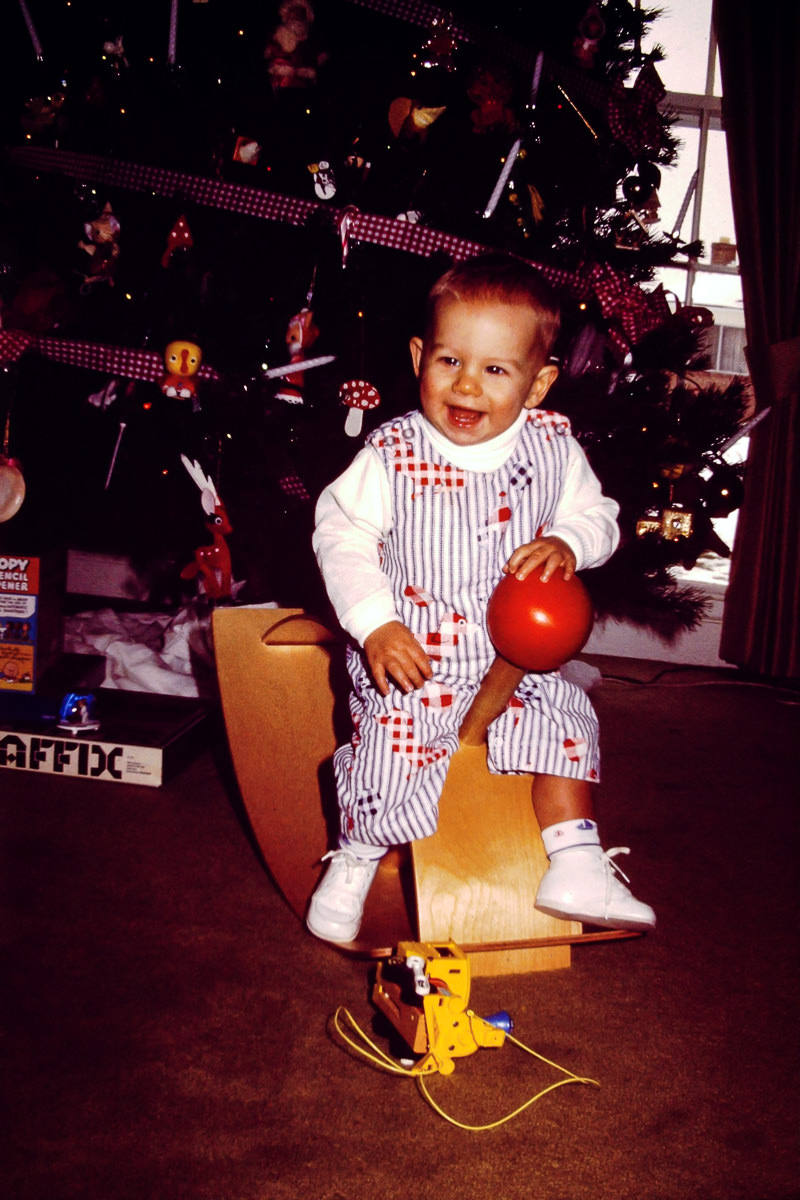 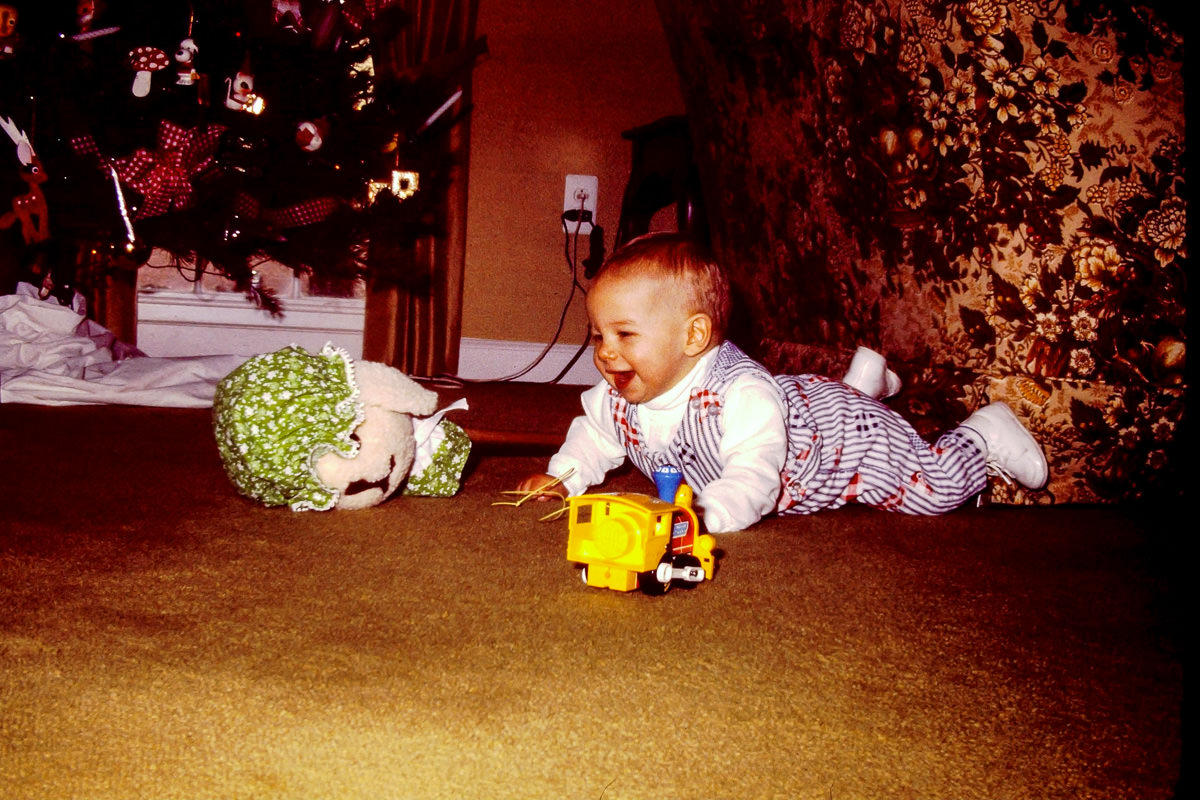 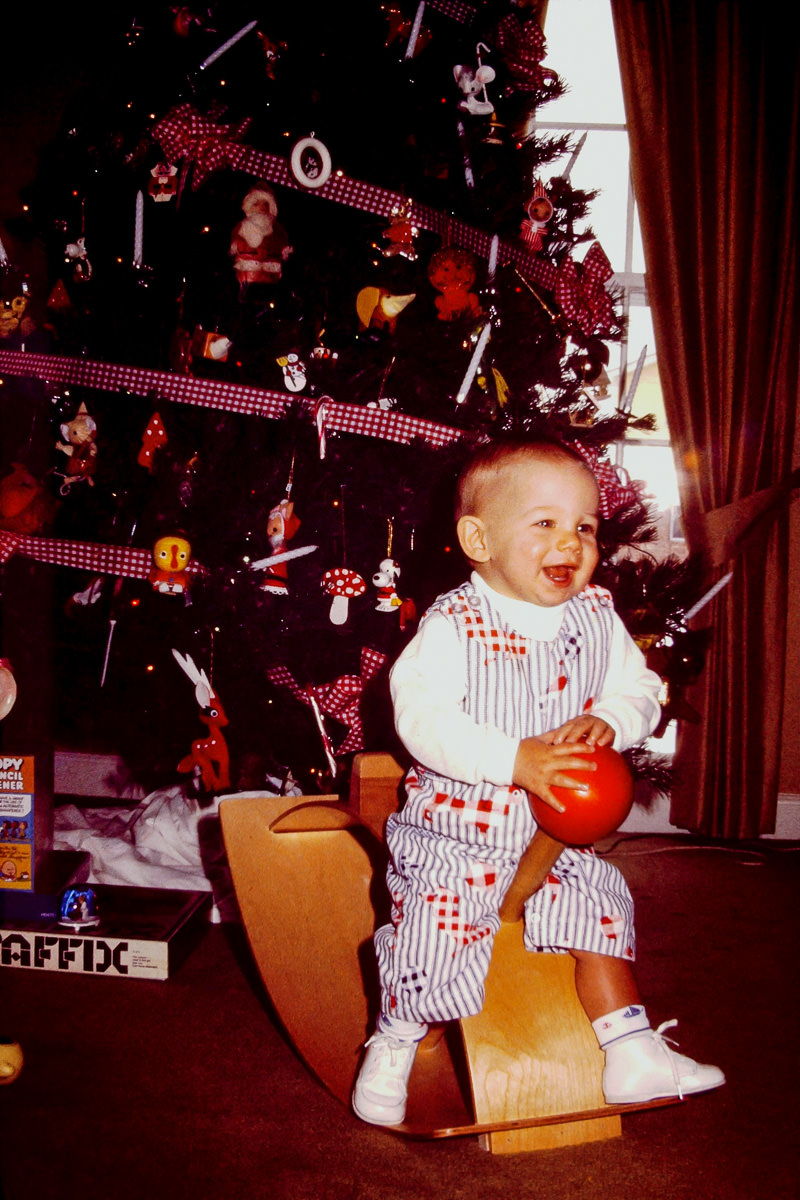 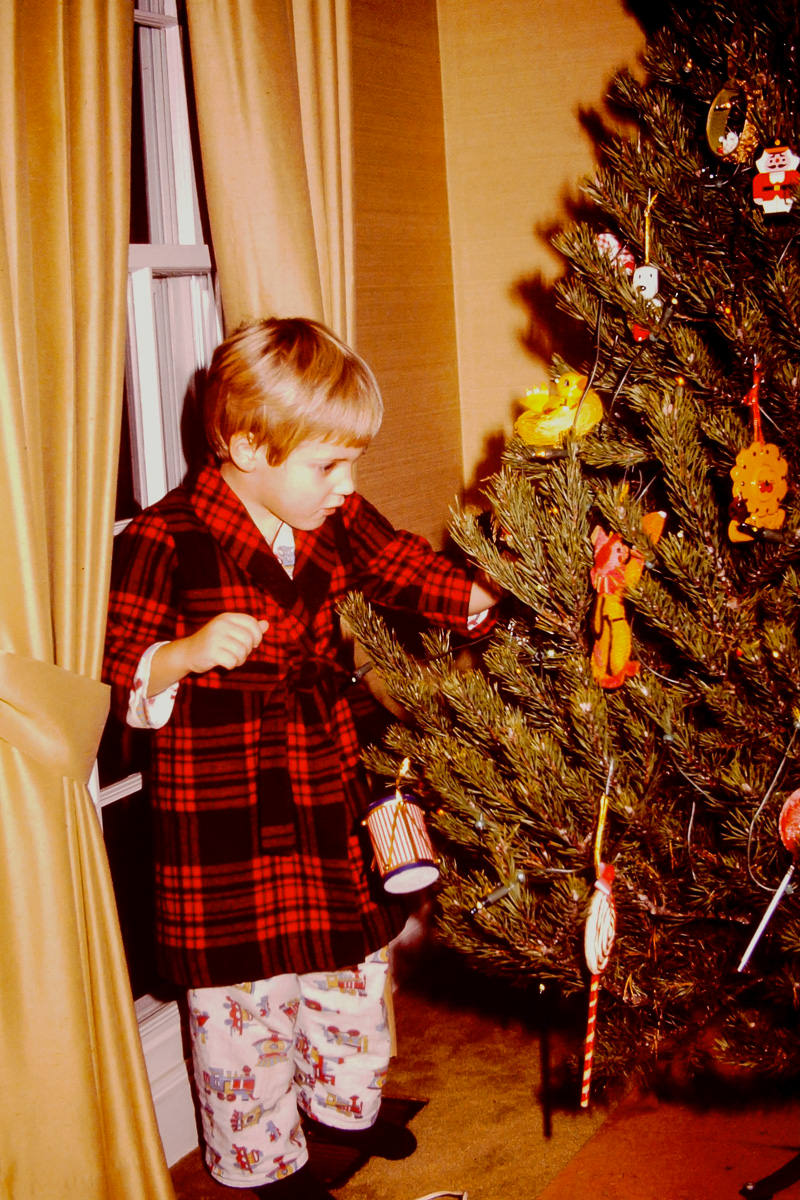 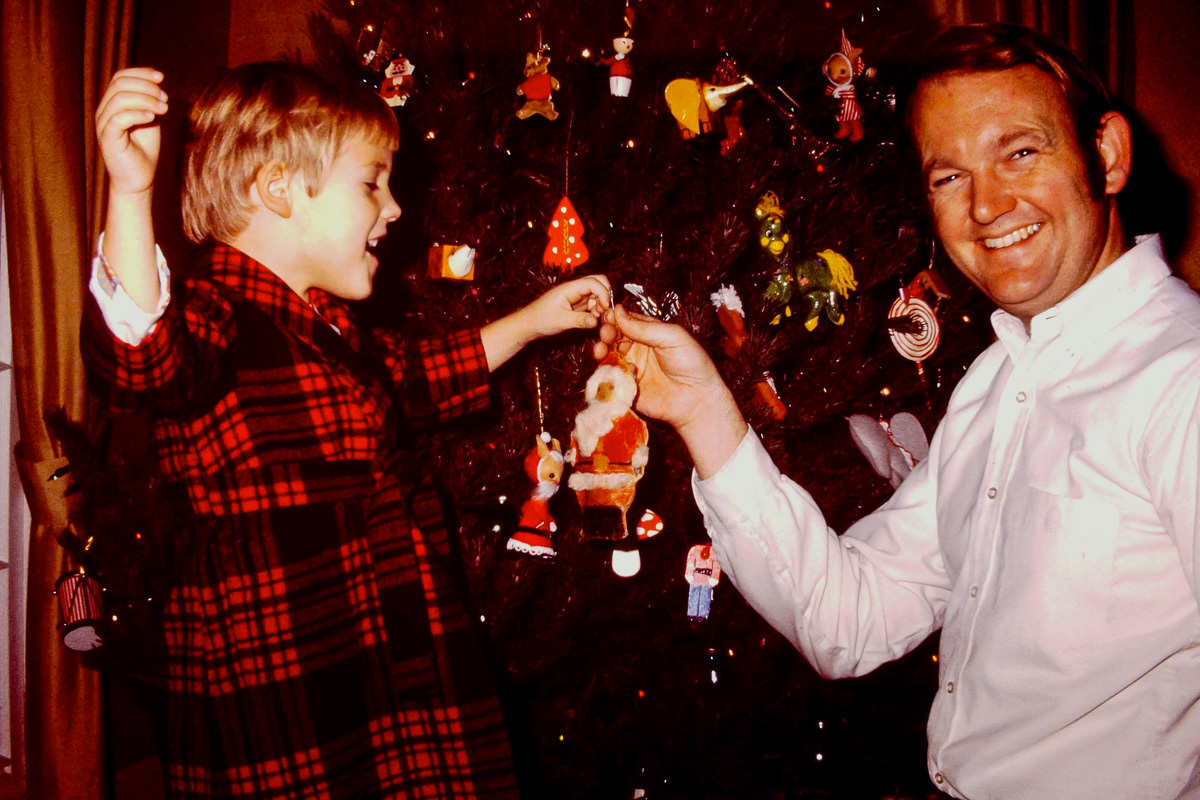 Christmas 1974: Doug helping Bill put the old old Santa (I think Bill made it as a kid?) on the tree 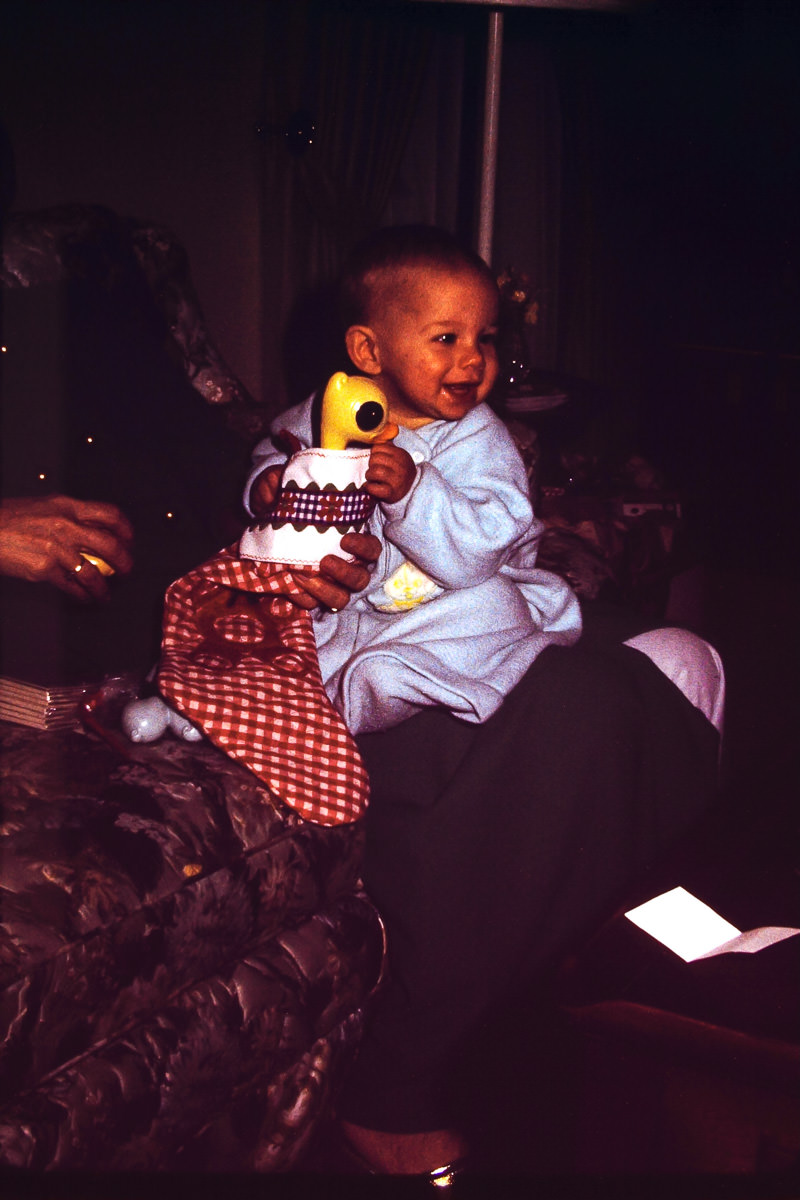 Christmas 1974: The teddy bear stocking still exists – more detail on those in a future Christmas post 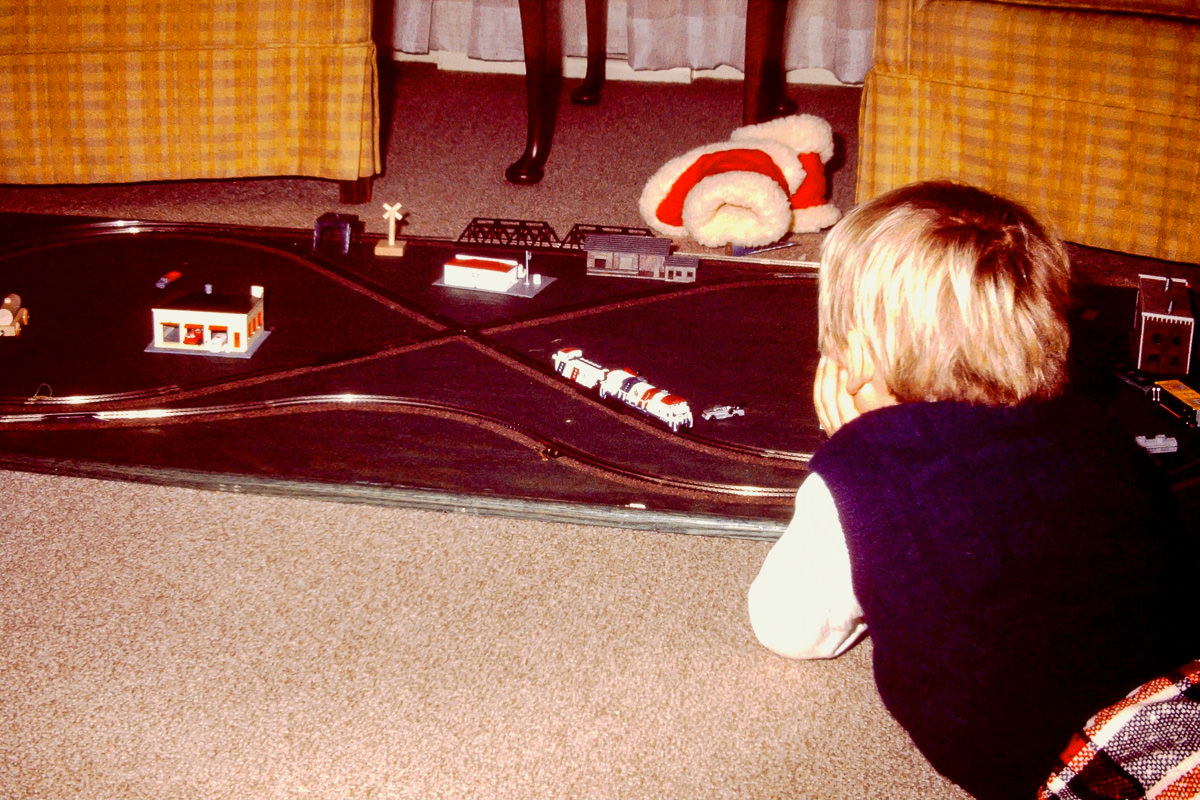 Christmas 1974: Trains would come to play a big role in our growing-up lives