Still hungover from that last Walloon Lake post, let’s start off later 1974 with a random picture of Doug: 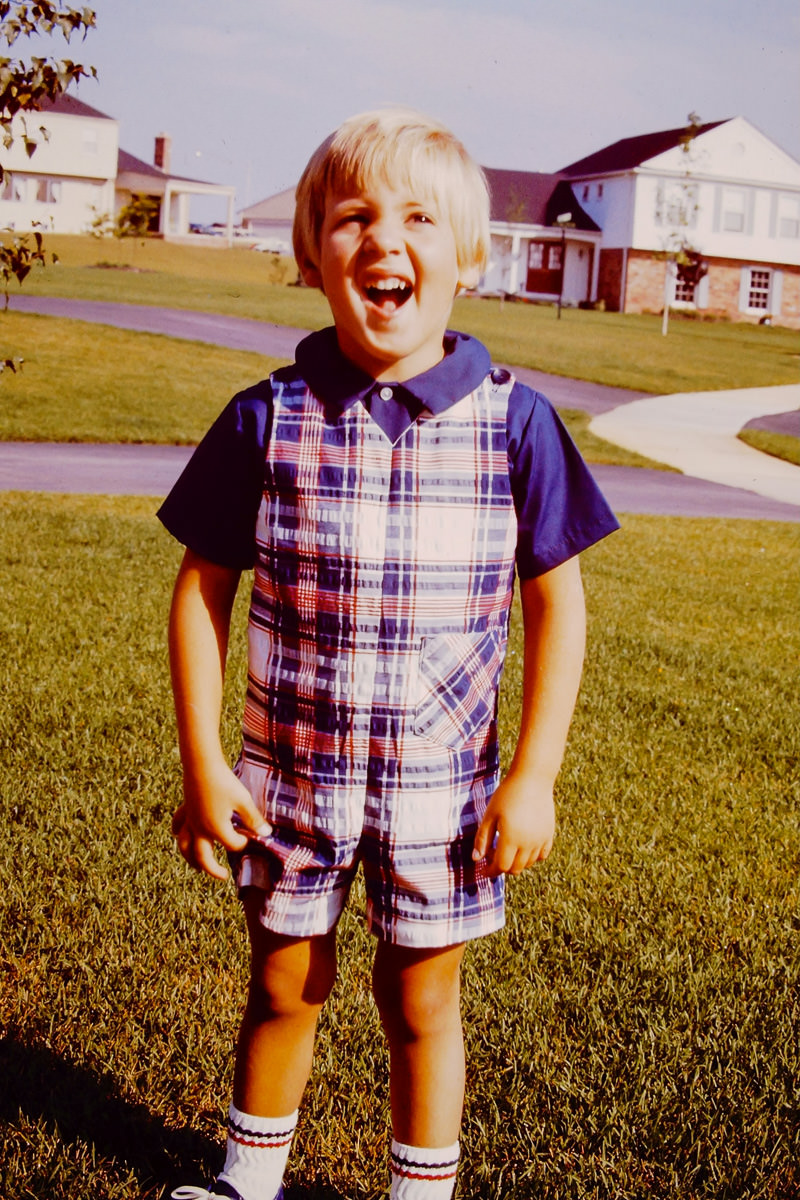 Fall 1974: Doug, happy and wearing some type of onesie

He wasn’t the only happy one, even when he was sitting on me I was happy. 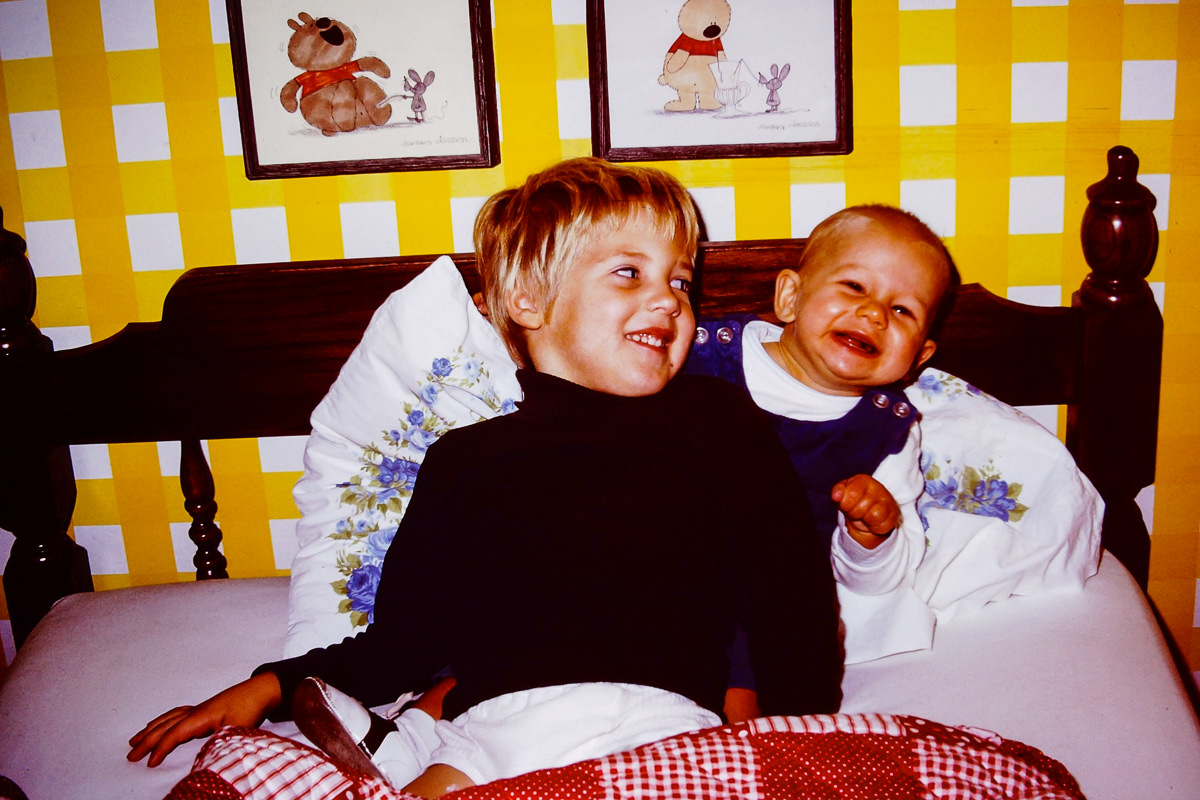 Yes, Doug’s room growing up had the color scheme of a McDonald’s, but, sadly, it had no drive-thru window. 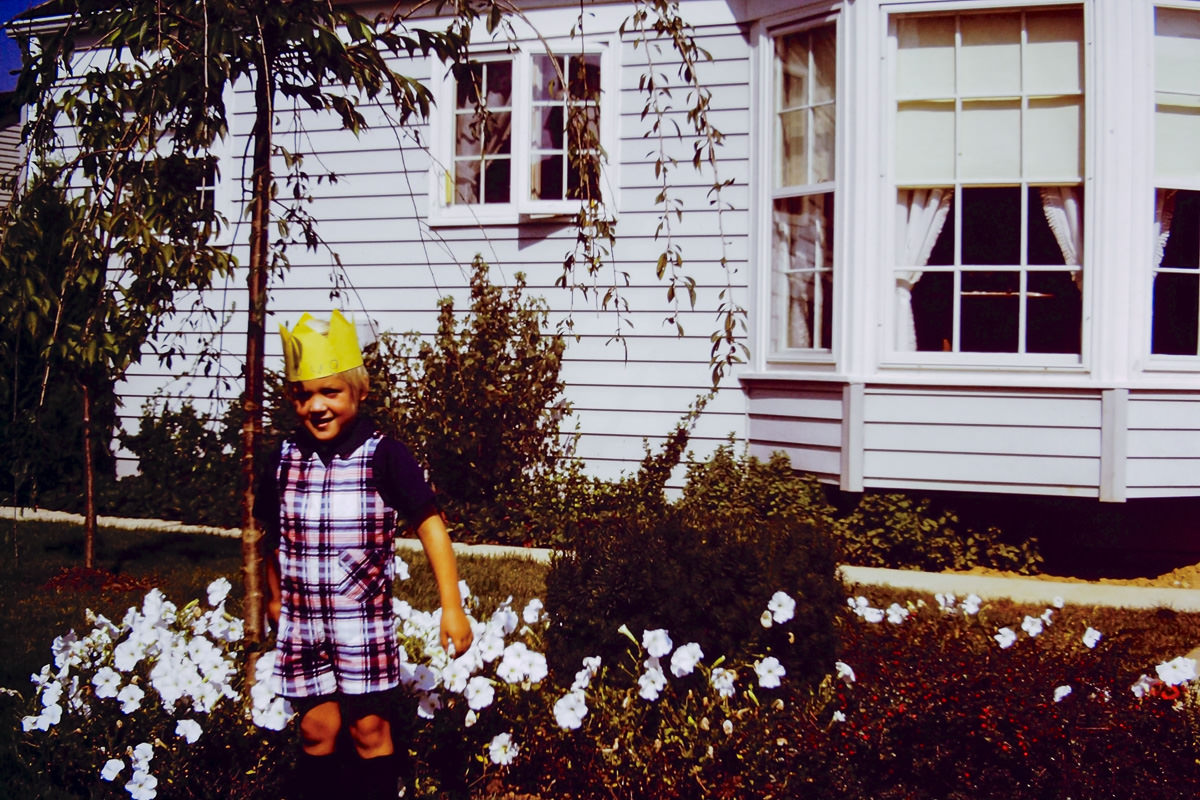 Sept. 1974: Doug – every birthday boy needs a crown and this one has his 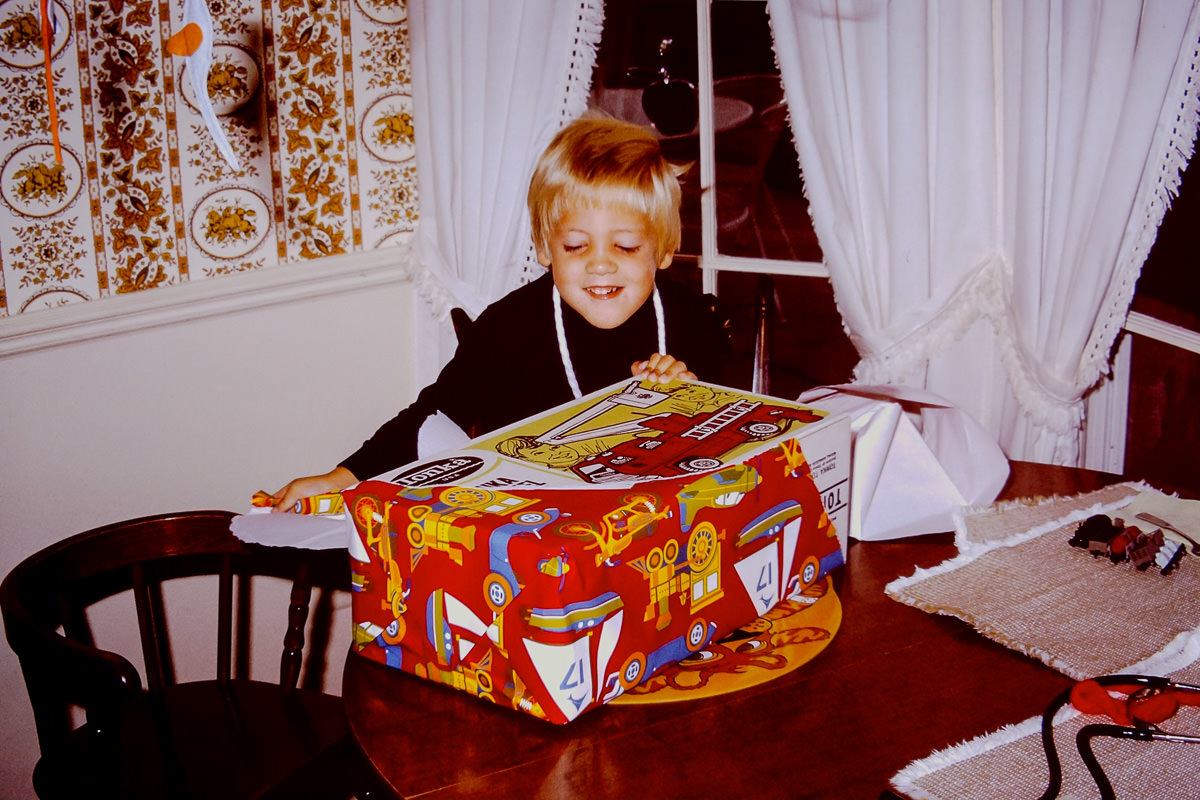 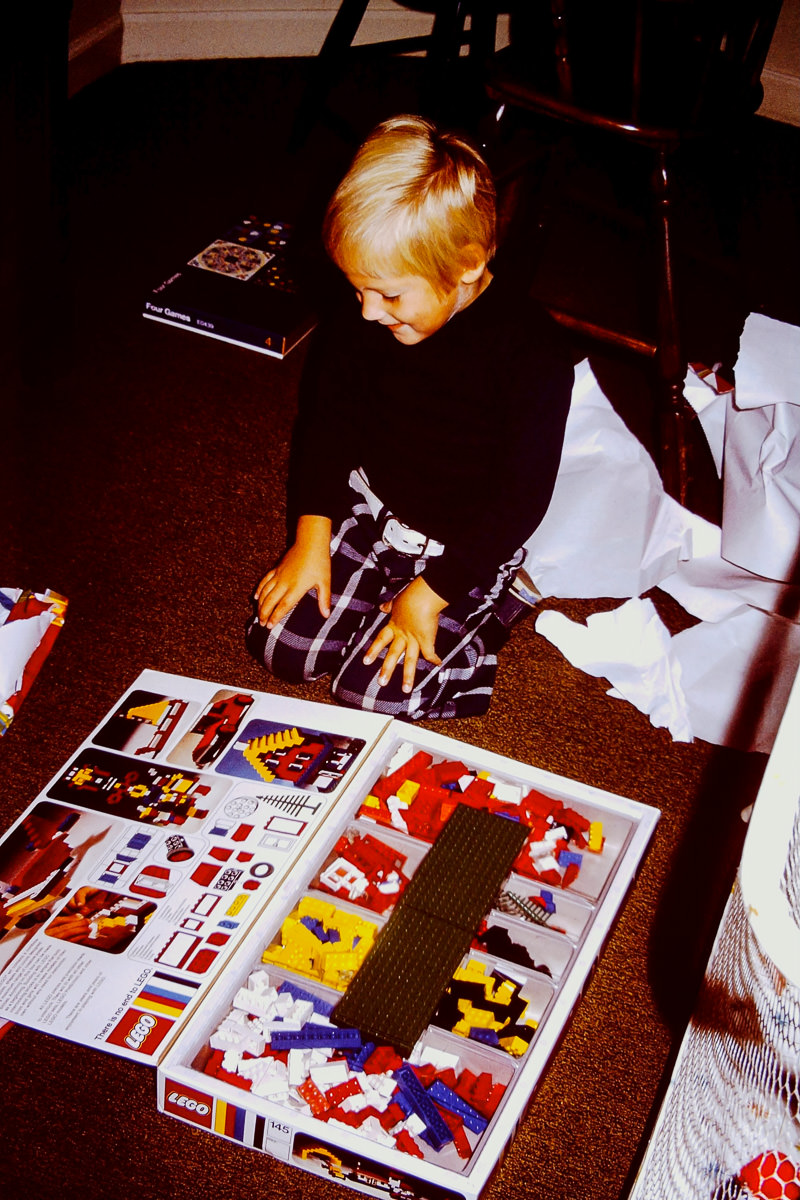 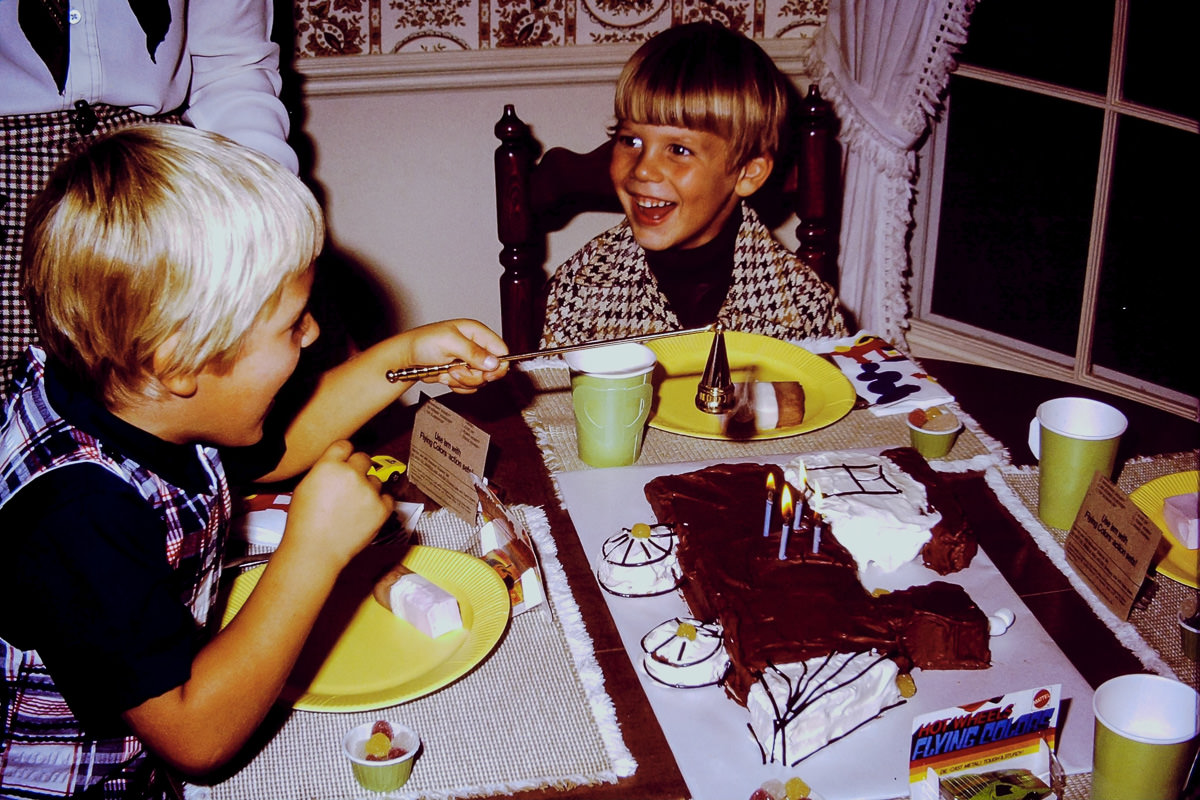 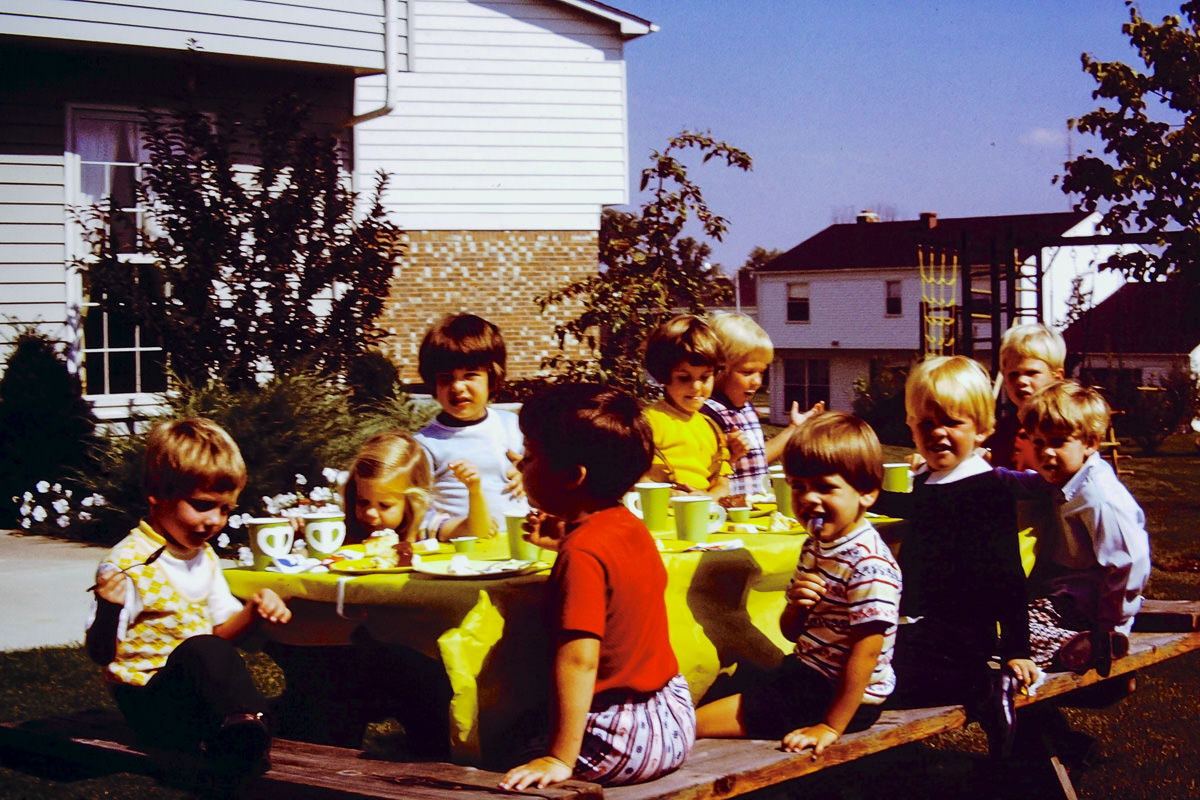 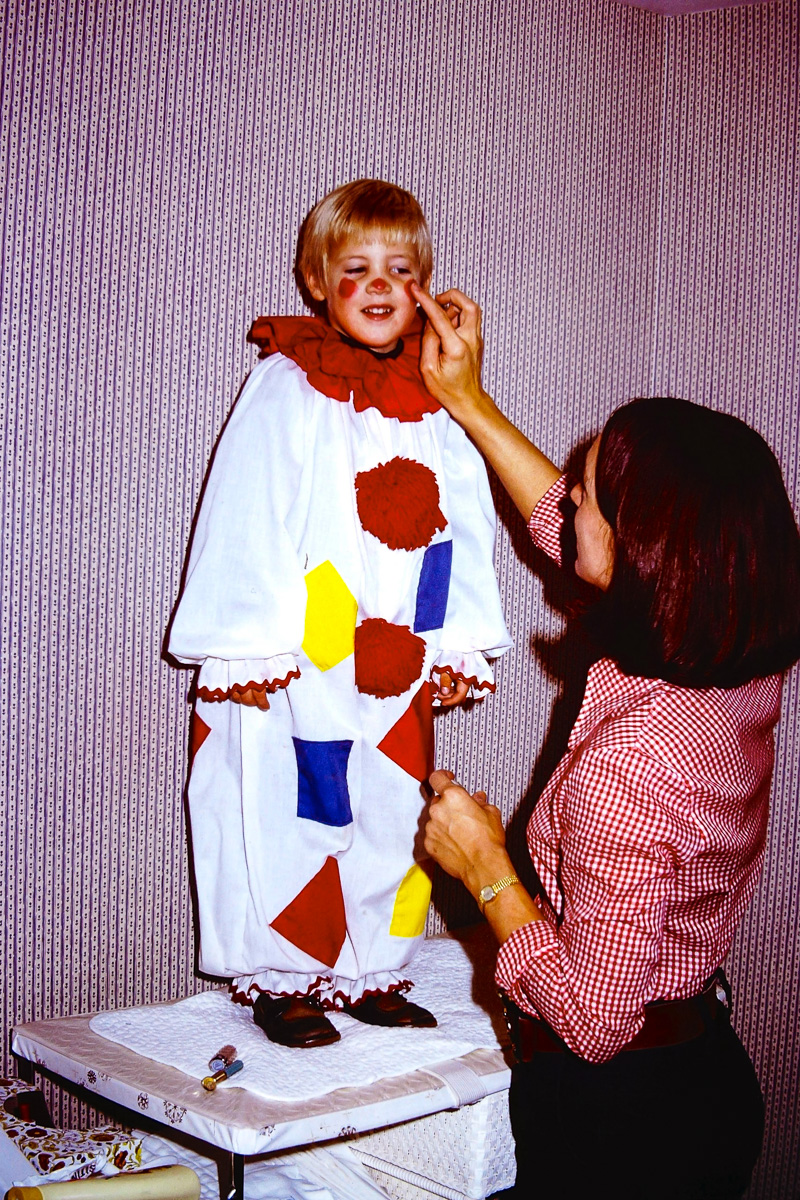 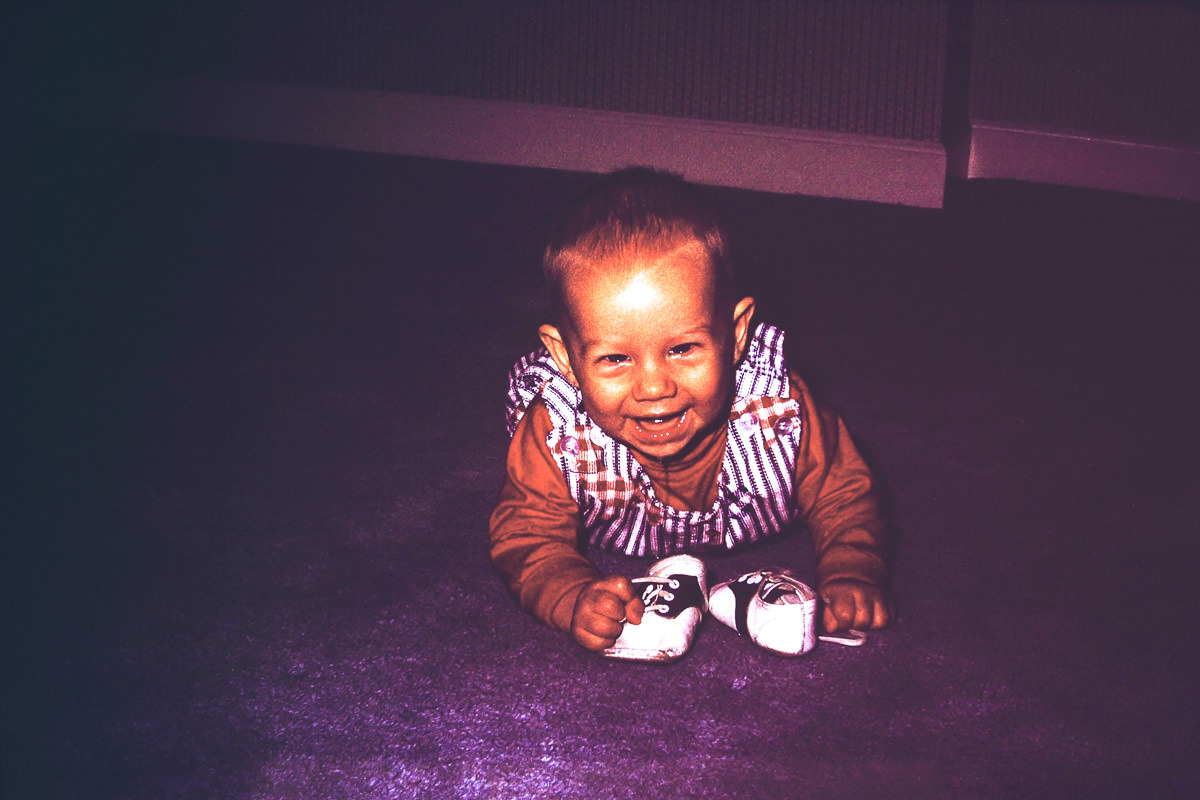 1974: I prepared by chewing on shoes (saddle shoes, of course) 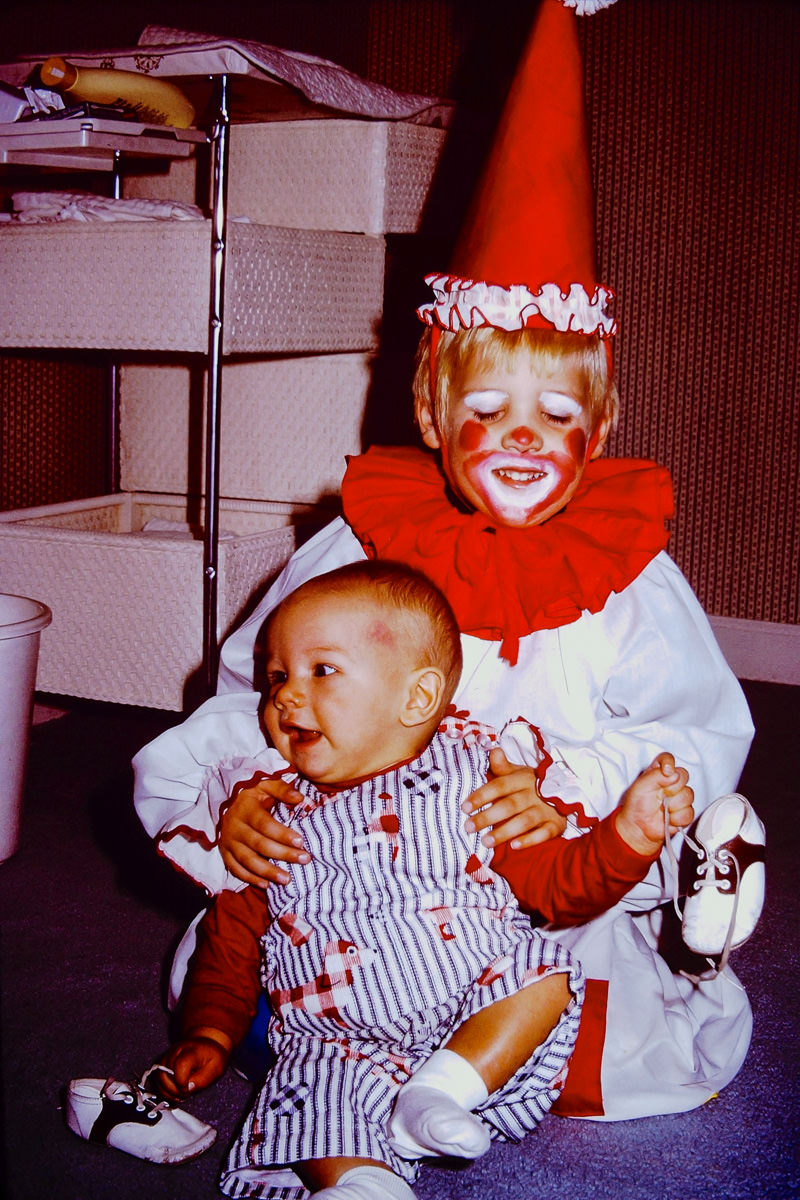 Here are two random pictures from that Fall: 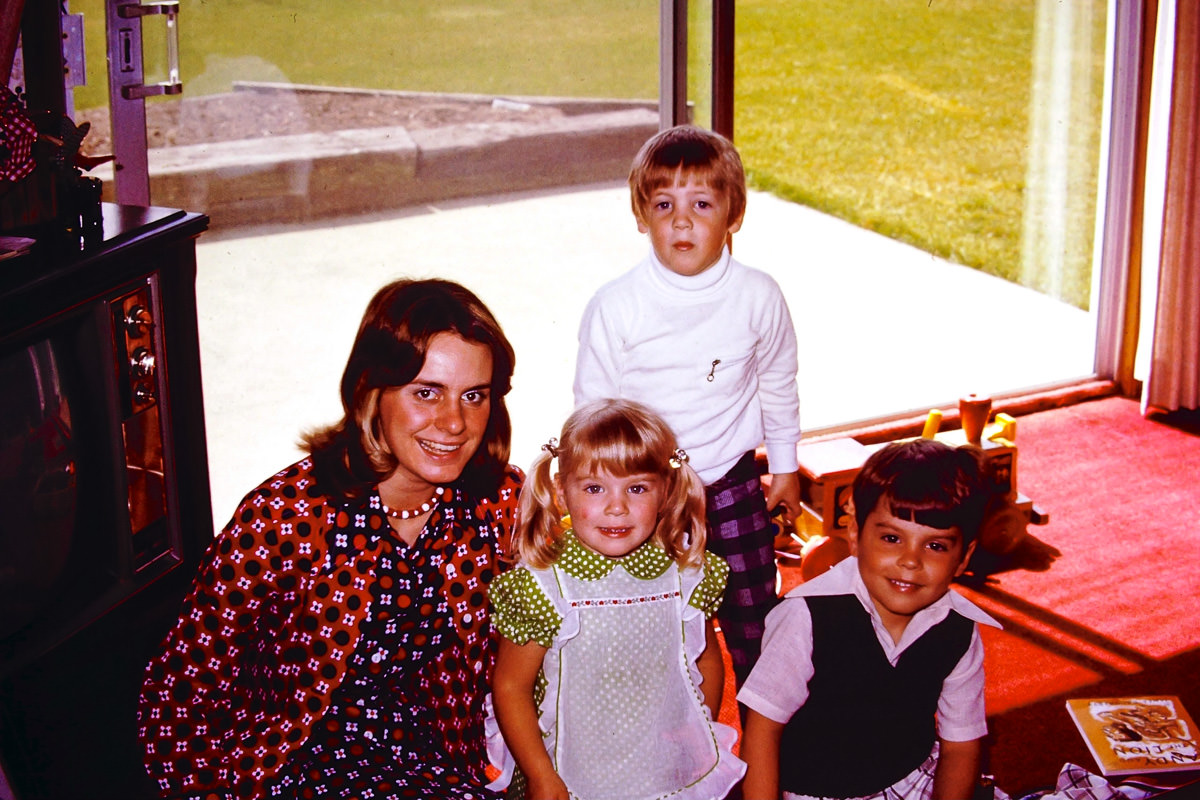 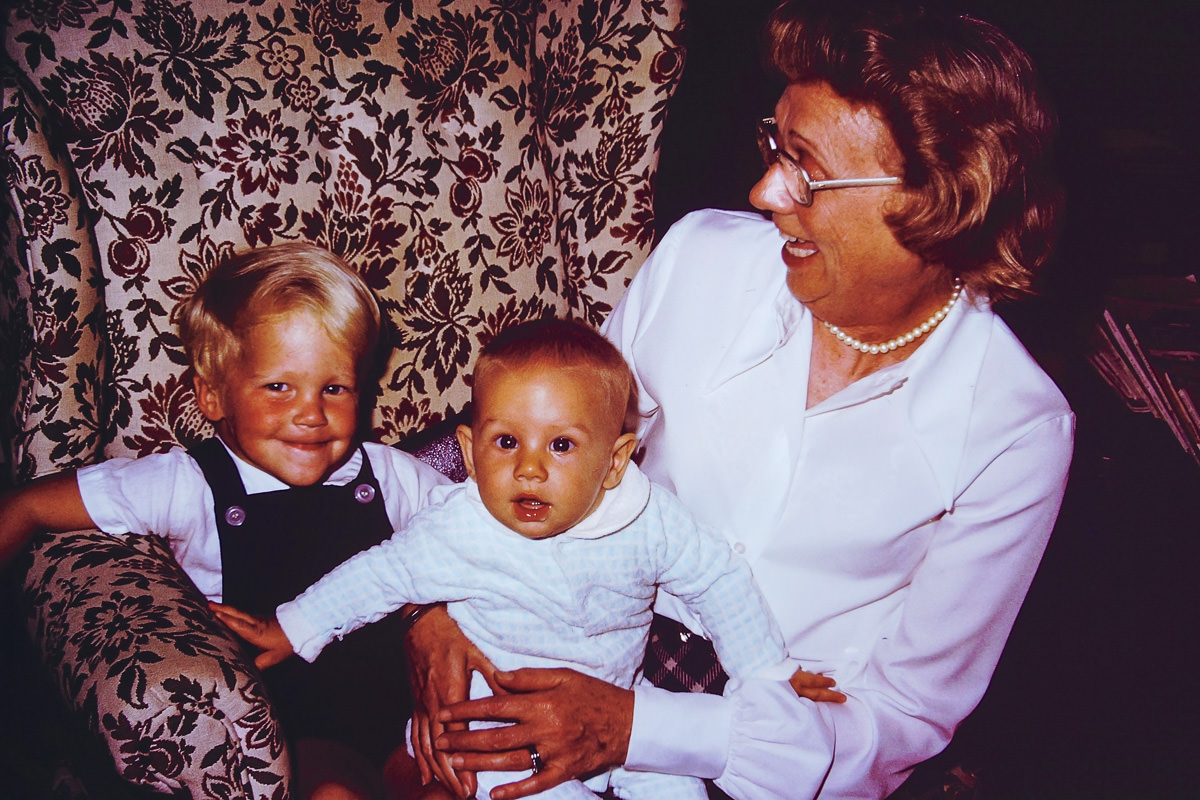 Speaking of random, Doug had a field trip somewhere and held a pig: 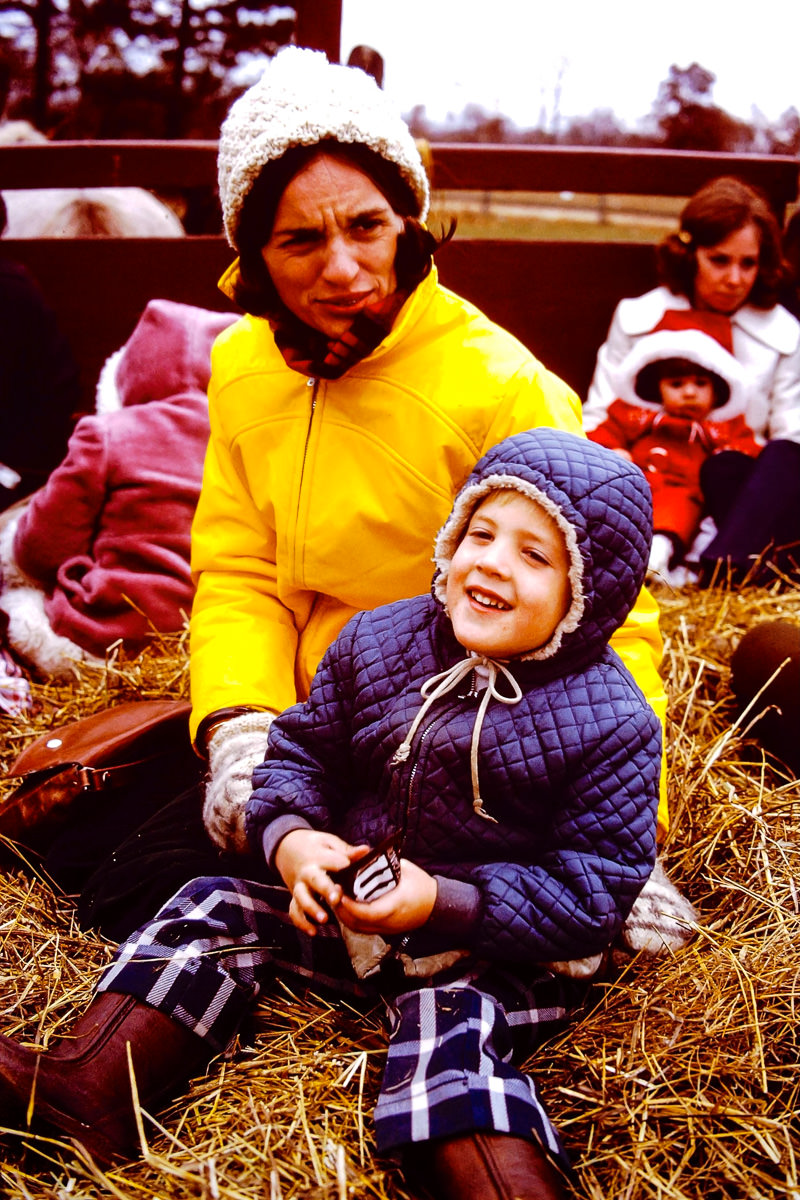 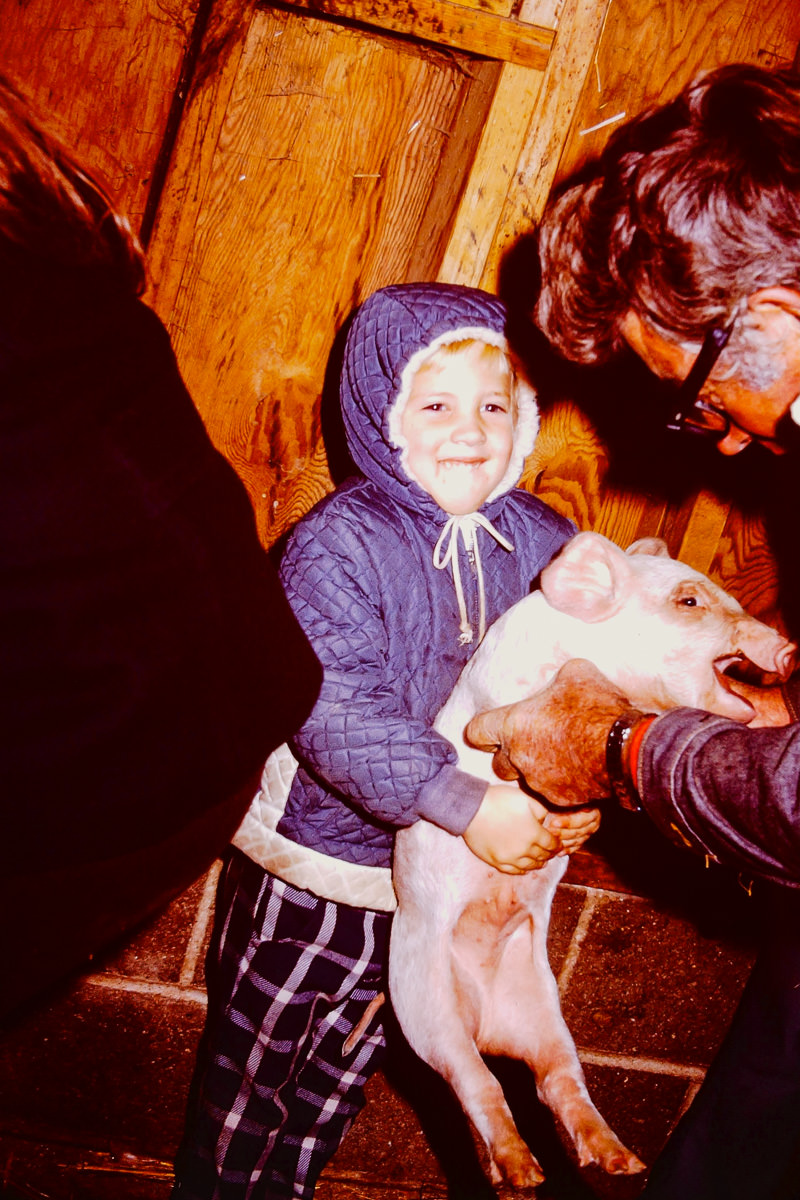 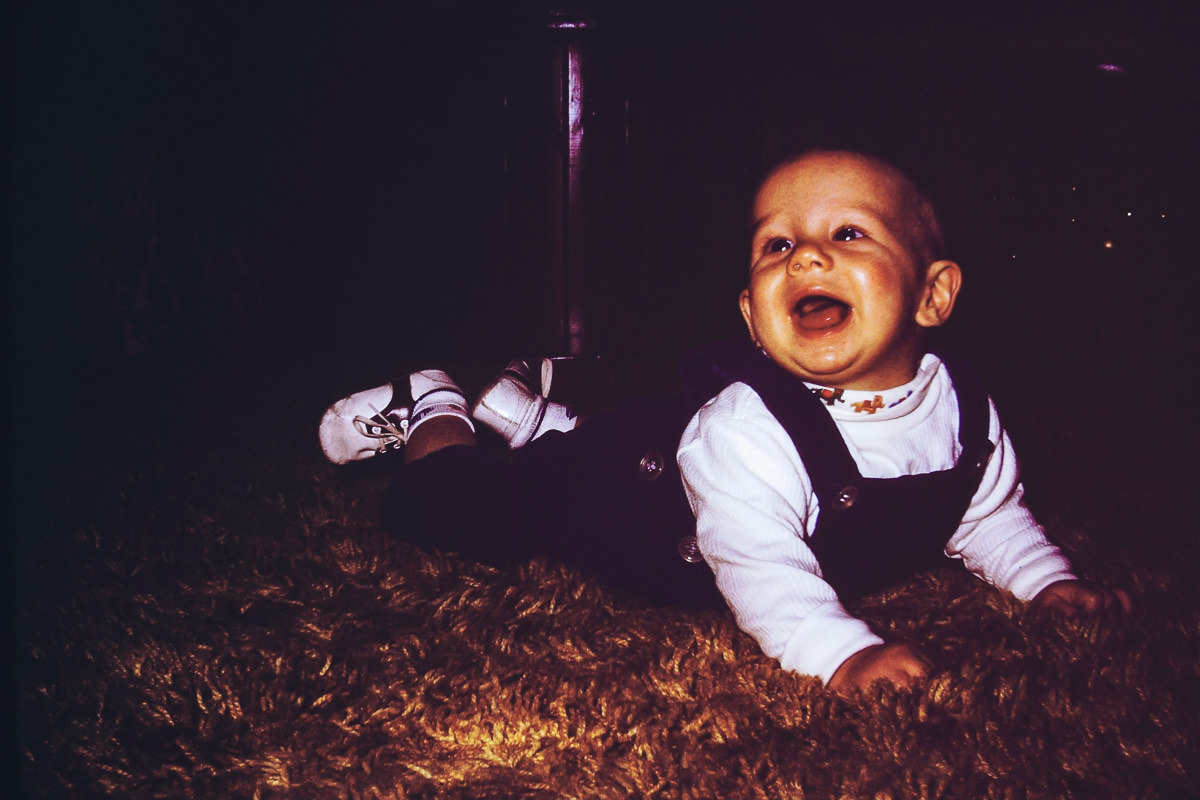 The Dunn, Baker, and Goudie couples got together again in the Fall of 1974 for adults-only hijinks. 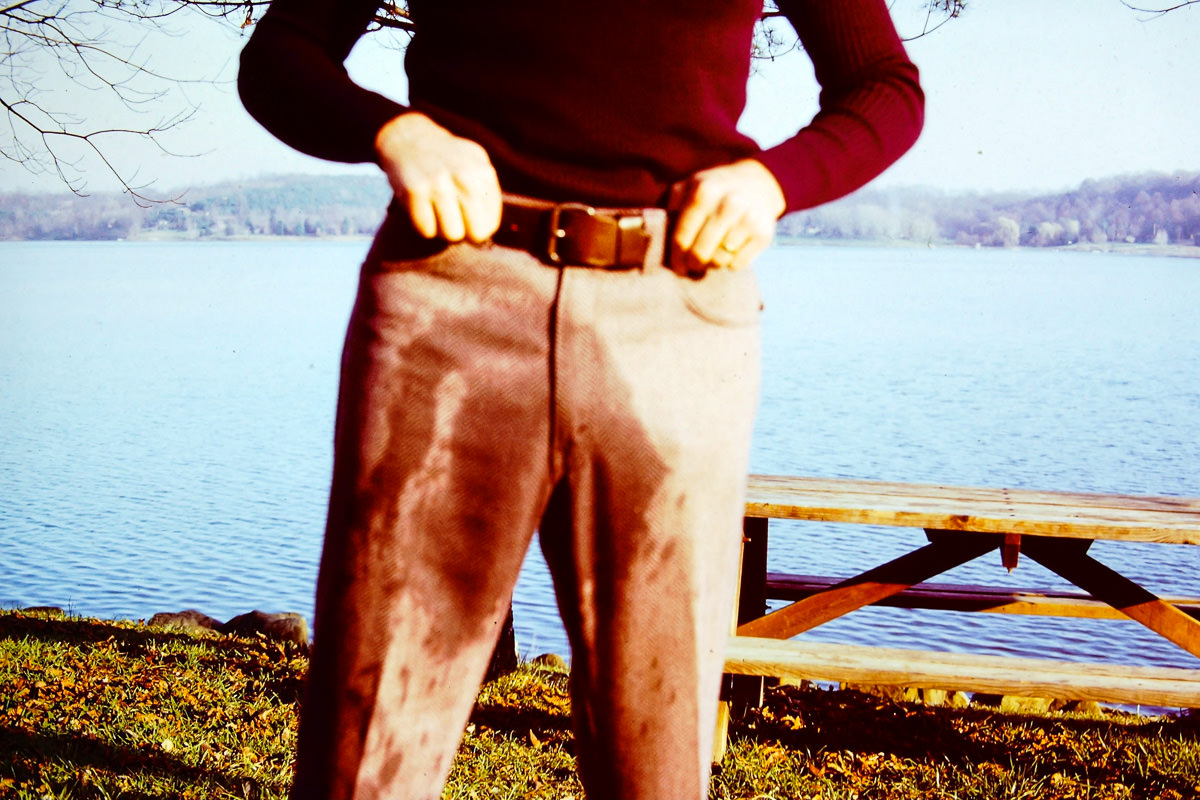 1974: Bill, I think, no back story available nor desired 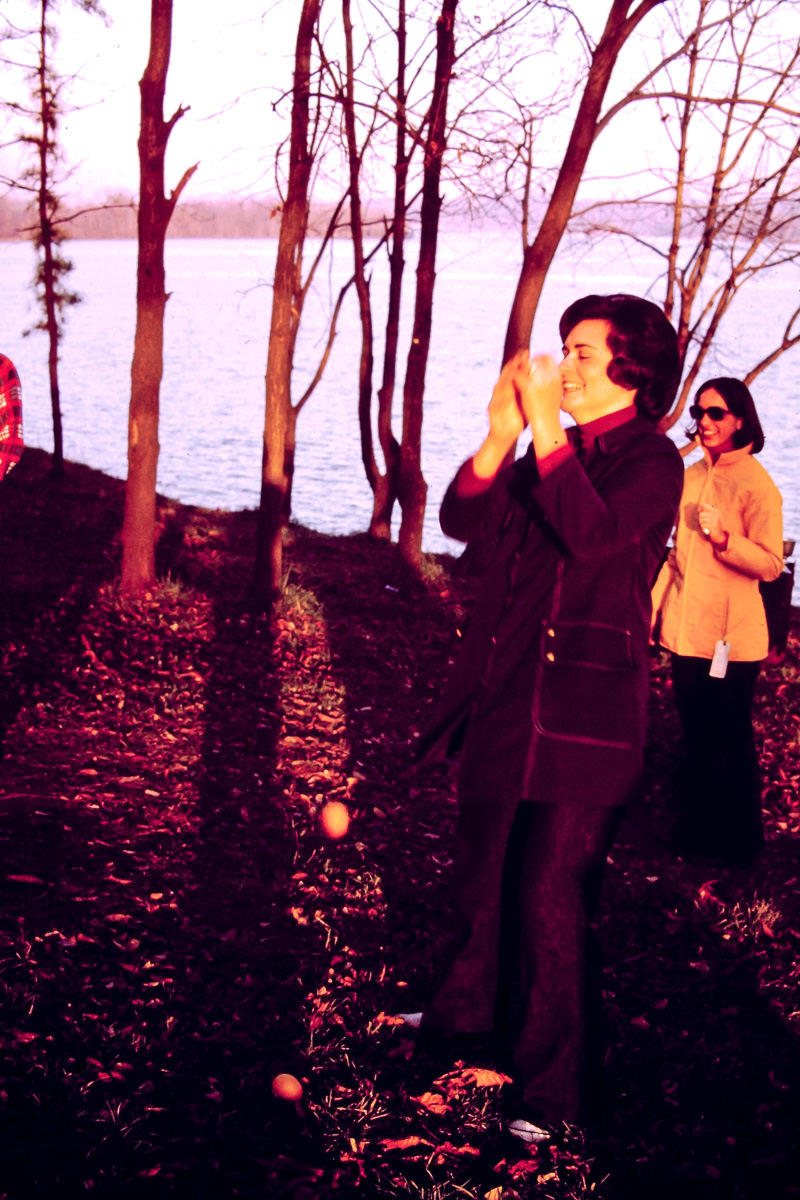 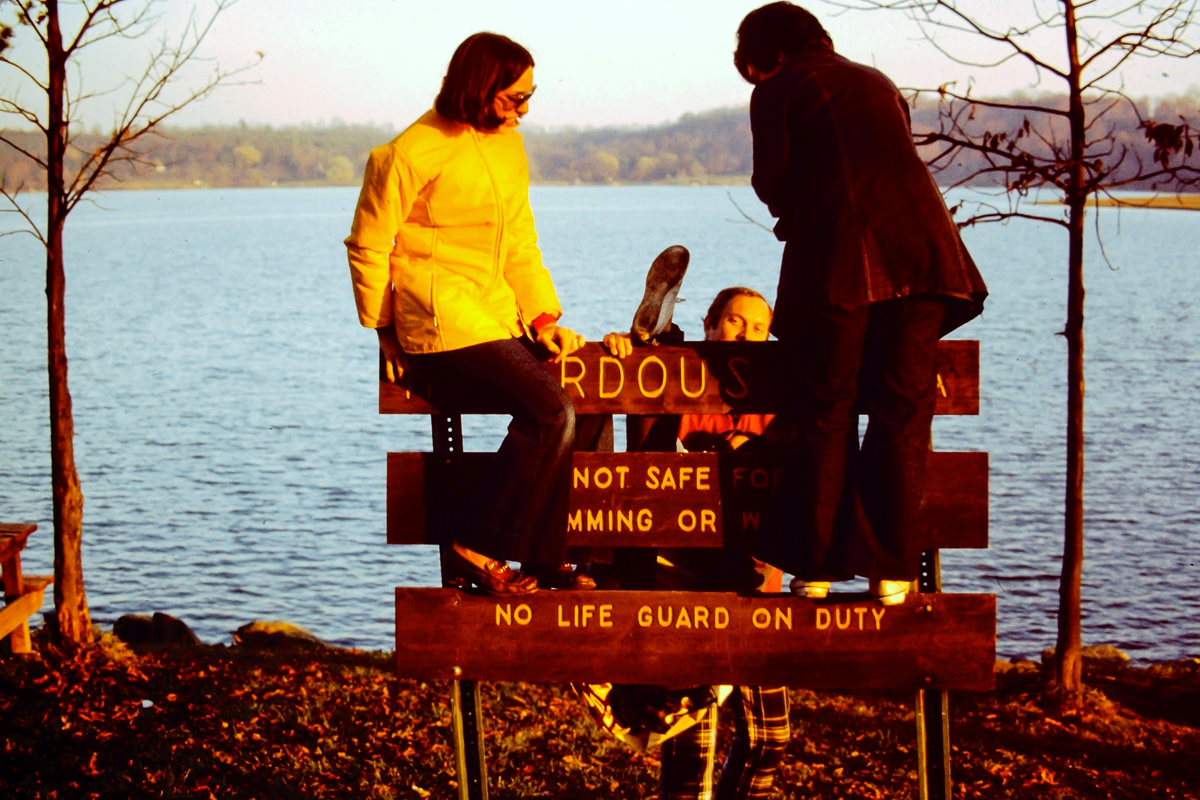 1974: Jan & Mary Lou on the sign. You have to look closely for Sandy, but that’s her foot as Jim lifts her up to join them