Monday morning kicked off a workshop day at the Internet Retailer Web Design & Usability Conference (IRWD), about 20 minutes from Disney at the Omni hotel. My iPhone turn-by-turn voice directions got me to the show with no problem, and the SEO workshop day was pretty good. I connected with my friend and co-worker Neil, who was also attending the conference and had brought his wife and son with him for some Florida relief. At the end of the conference day, I gave Neil & family a lift to Magic Kingdom, then headed to EPCOT. I would have joined them, but I had a dinner reservation at Via Napoli that I could not cancel. As it turns out, I would not have wanted to, either.

I used my Cyclemeter app to measure my walk from the car to the back of World Showcase, which ended up being 2.6 miles. I had a parking spot in the middle of the lot, so I think that this is a good average distance if you ever want to know how far you walk in EPCOT. I arrived at the Italy pavilion with some time before my reservation, so I burned some of the time taking pictures and also had another video chat with the girls back in snowy Michigan. 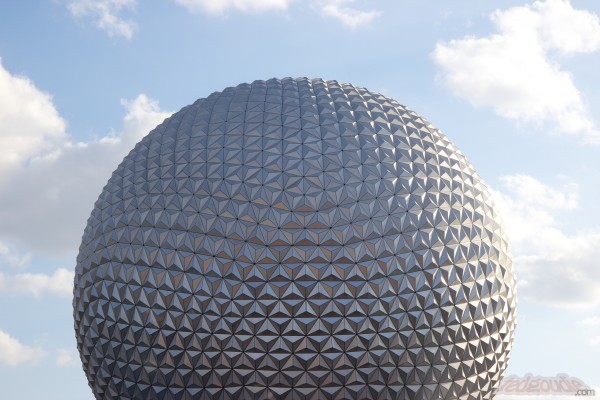 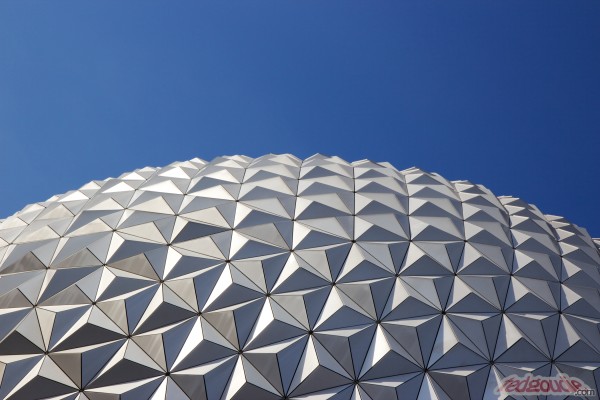 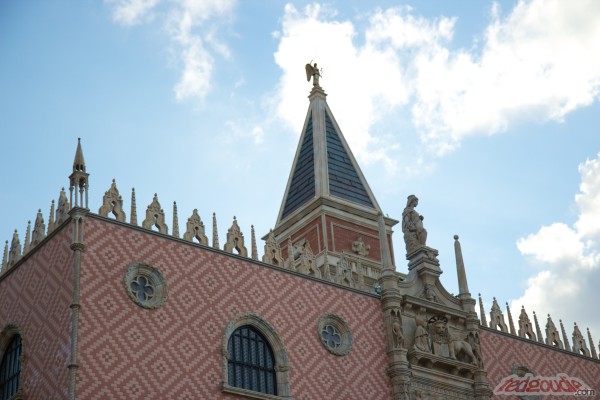 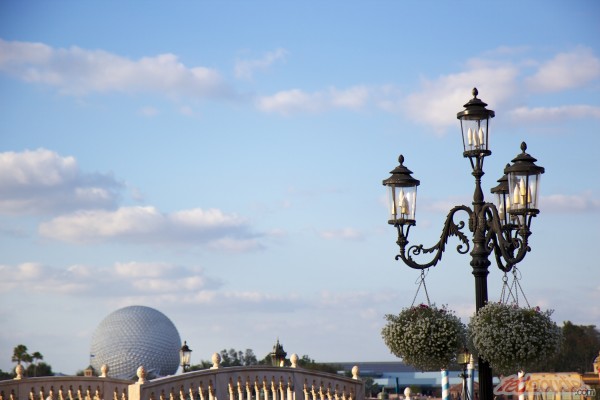 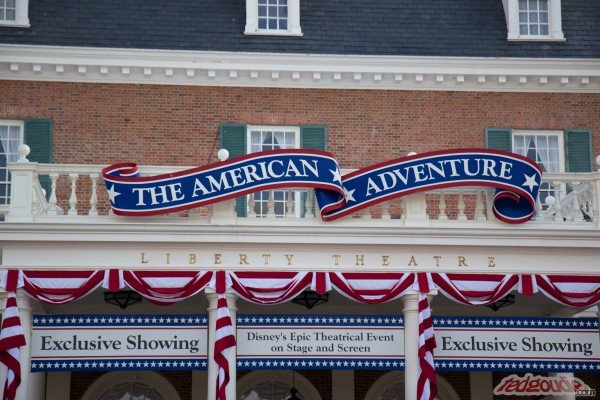 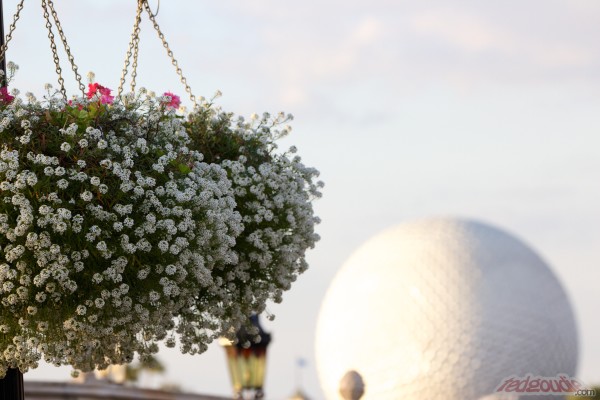 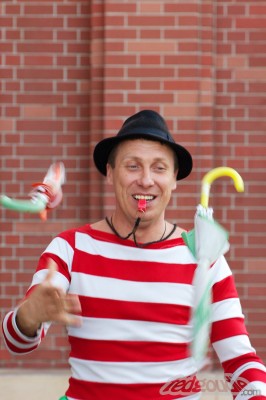 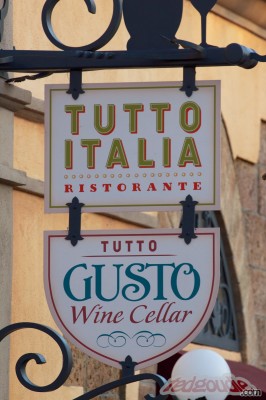 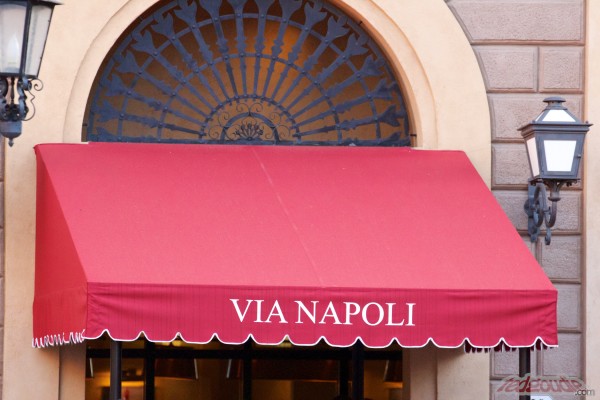 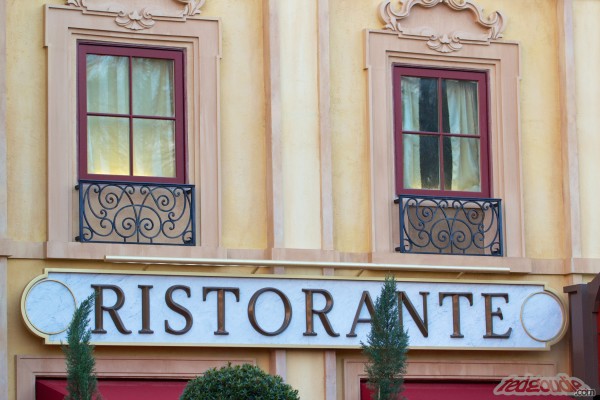 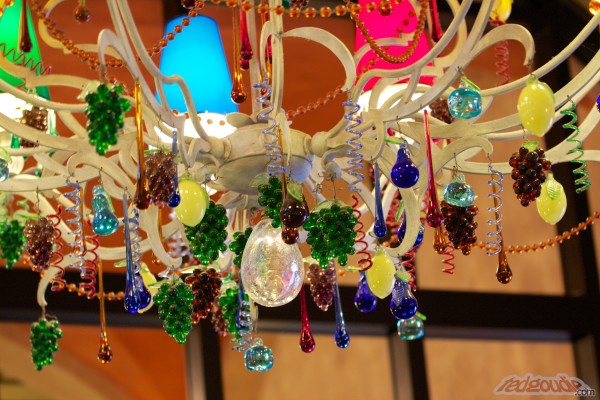 Dinner at Via Napoli

After a few past cancelations, I finally made my first visit to Via Napoli, a relatively new restaurant that specializes in flatbread pizzas. I was seated quickly and ordered Arancini as my starter, which is deep-fried balls of risotto served in a shallow pool of light marinara sauce – fantastic. My Italian waitress, Roberta, twice came over to converse about the length of my camera lens, which made me giggle under my breath. Her assistant, a very young Italian named Alice, shyly asked if I was a professional photographer, which made me cackle out loud. Love that Italian hospitality. I had a Peccante pizza, which topped the Mama Melrose pizza and was delicious.

I had been hoping to stick around for the 9pm Illuminations, but as I left dinner at 6:30 and weighed my options, I realized I was too exhausted to last for 2.5 more hours. I made my way around the lake and stopped to take some pictures of the fountains and Spaceship Earth on the way out. When Rachel heard I was back at my resort by 7:30, she said “you’re not going to let your parents outlast you, are you?” and I replied with “that’s why I’m resting up tonight, lol.” 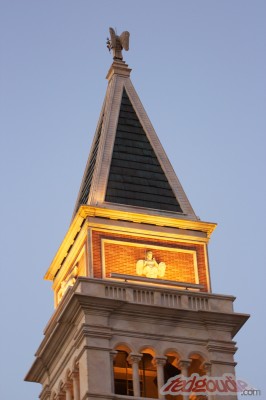 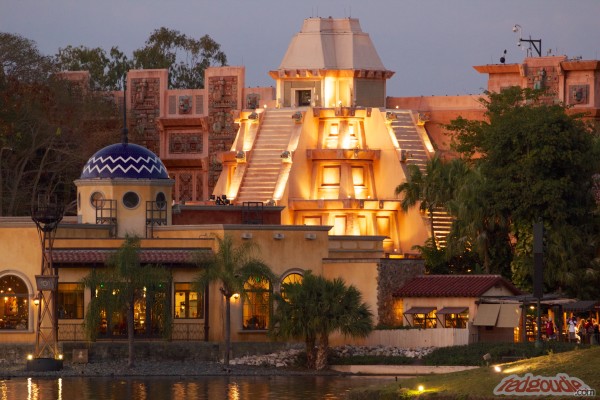 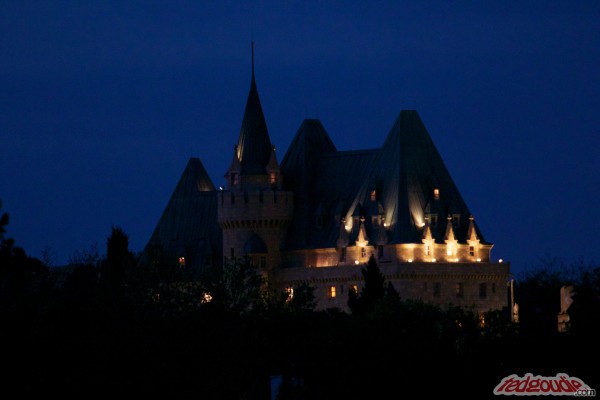 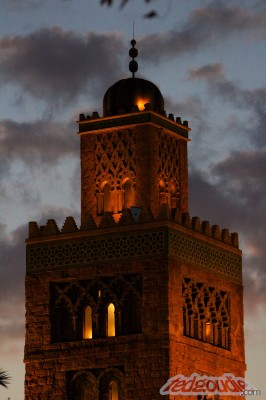 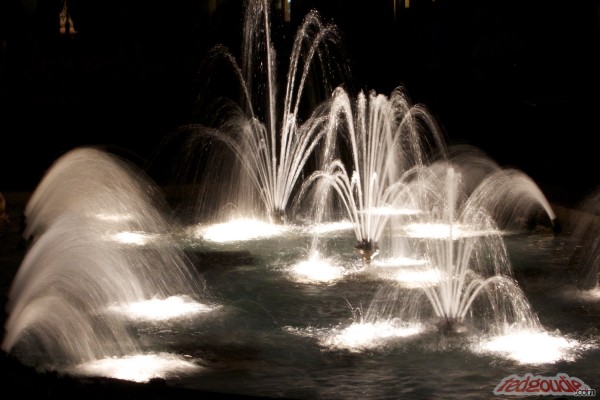 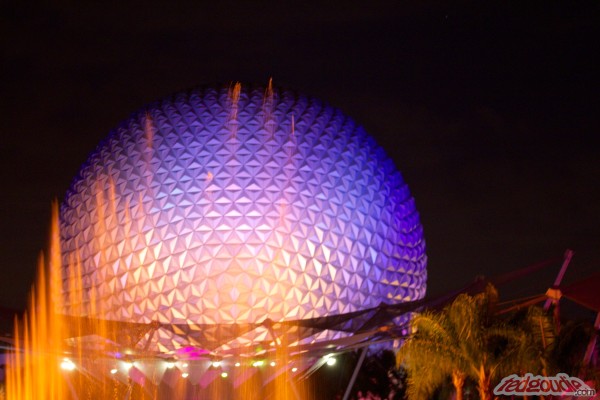 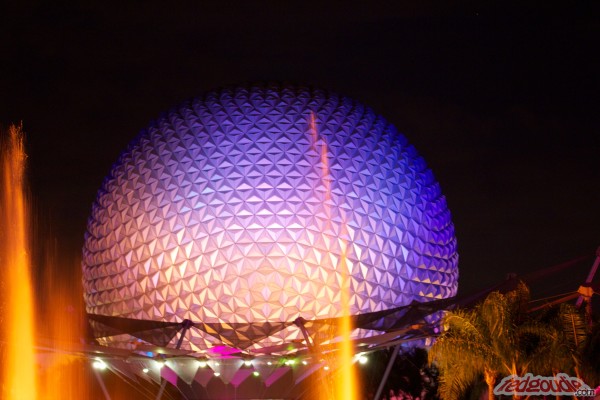 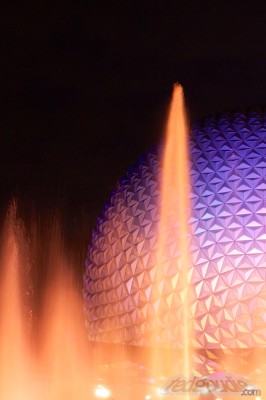 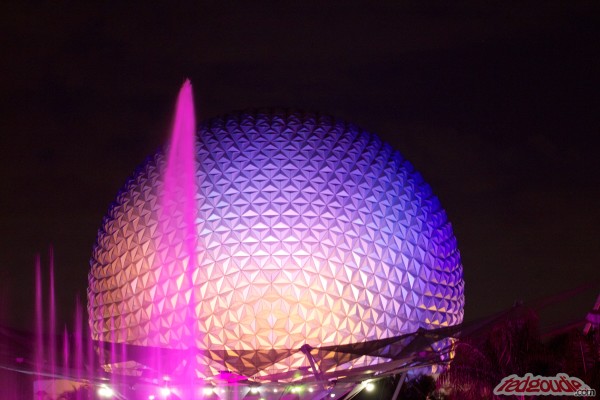 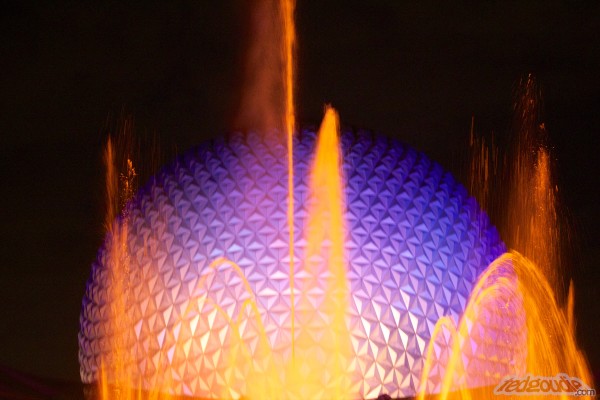 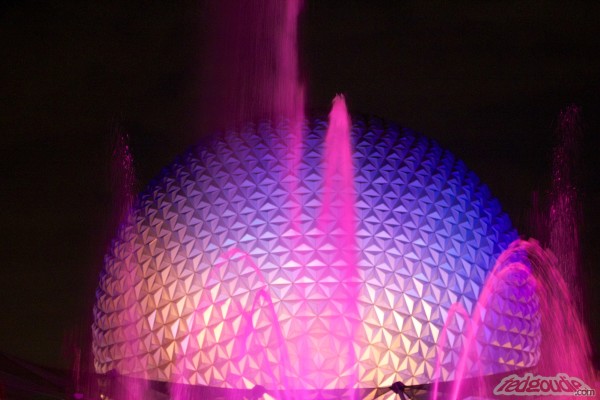 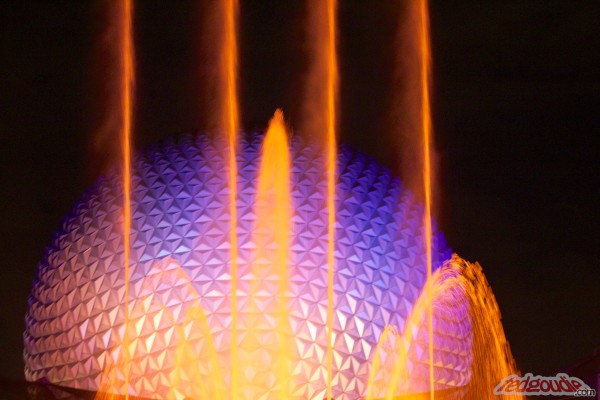 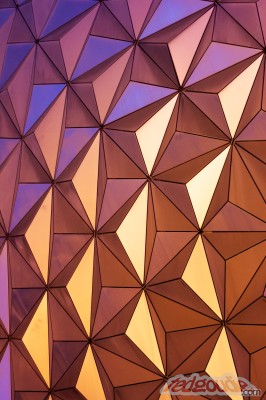 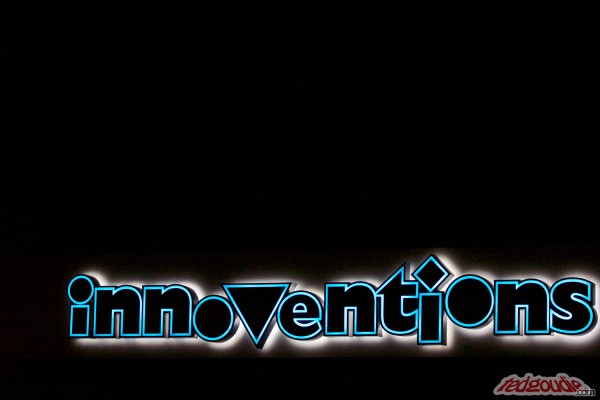 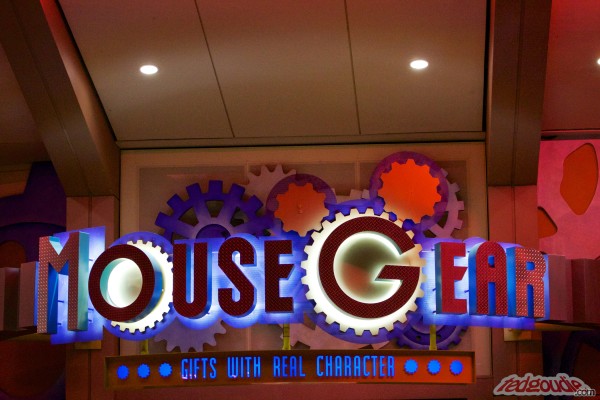 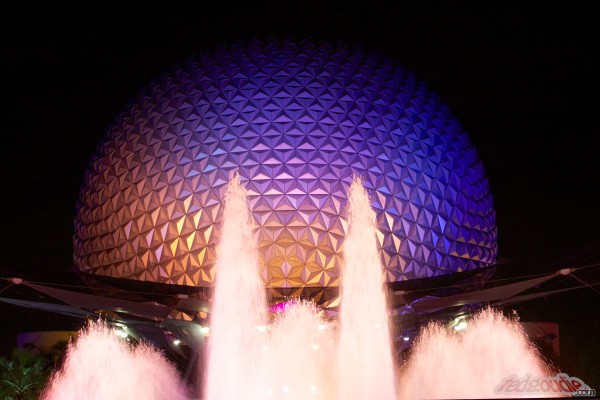 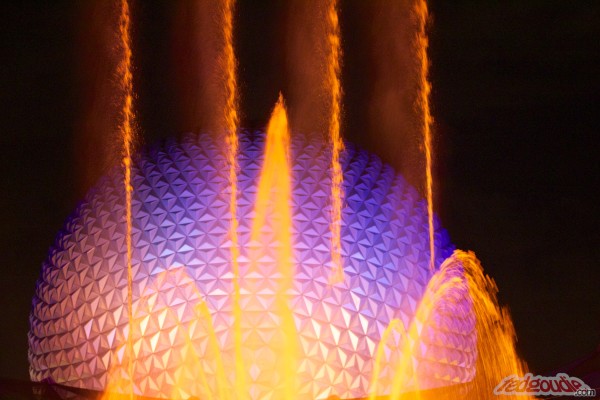