We left work Friday afternoon and make our way up to the top of Caesar’s Head, where we stopped for a few minutes to grab shots of the setting sun. 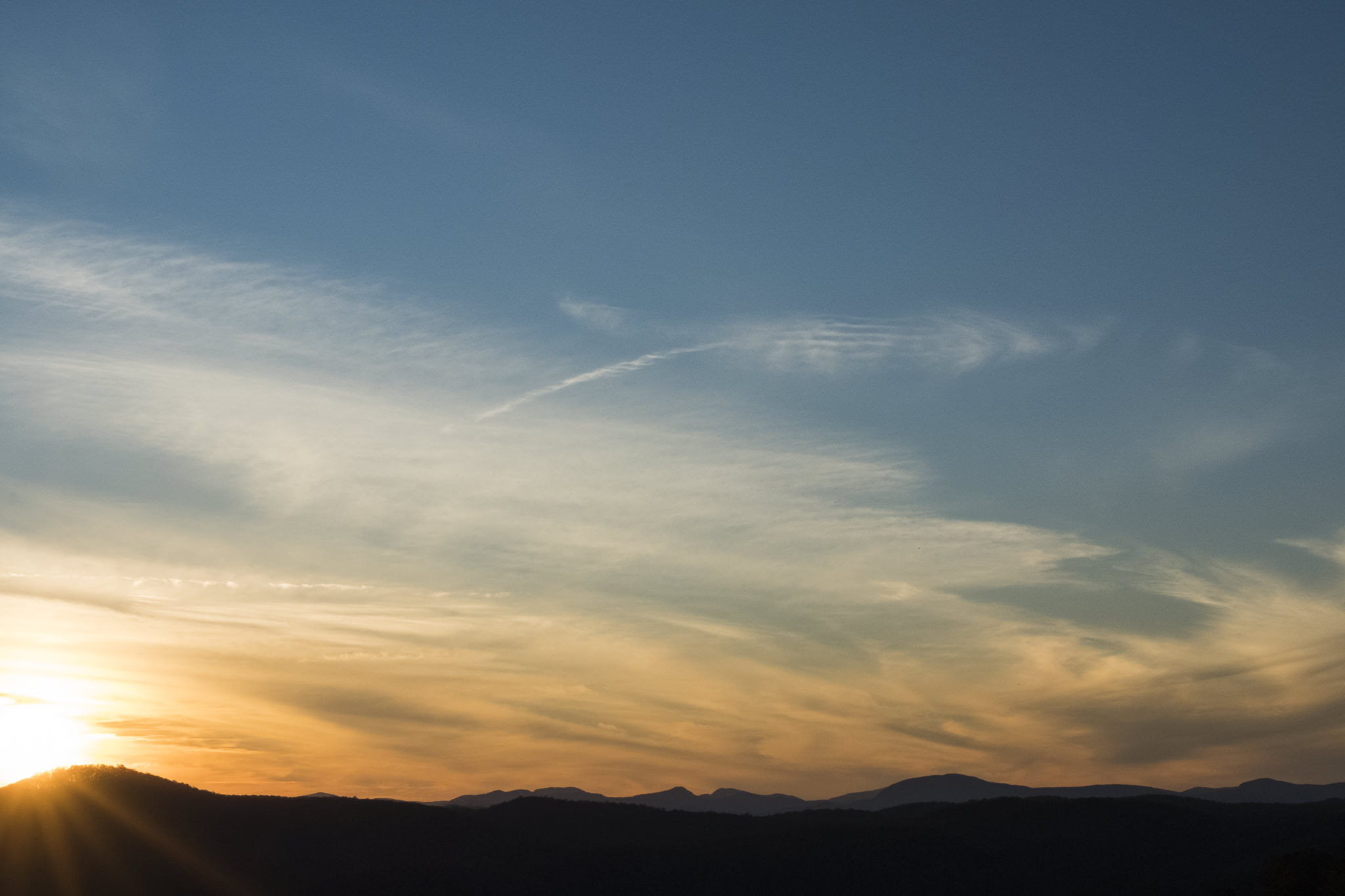 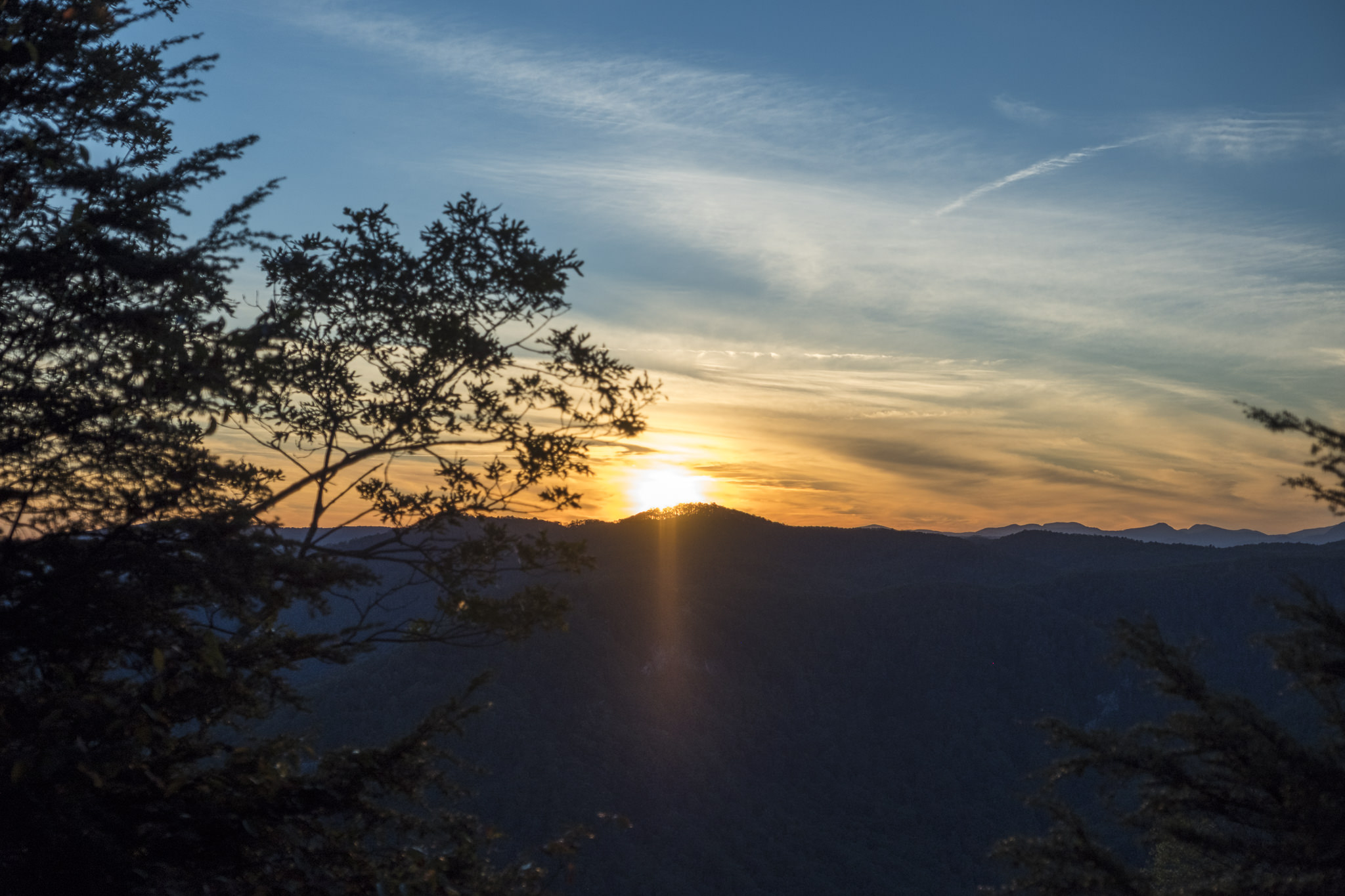 From there we drove the remaining few minutes to Lake Imaging at DuPont State Forest. Frendo, Neiman, Neiman’s buddy William, and I hiked the 1/4 mile or so back to the lake, and set up an army of tripod while the sky darkened and the stars brightened.

There were planes everywhere, and they showed up in tons of our shots – I had a few that had three planes on identical flight paths in the same frame. This was also the peak night for the Orionids meteor shower, and we got lots of those as well. 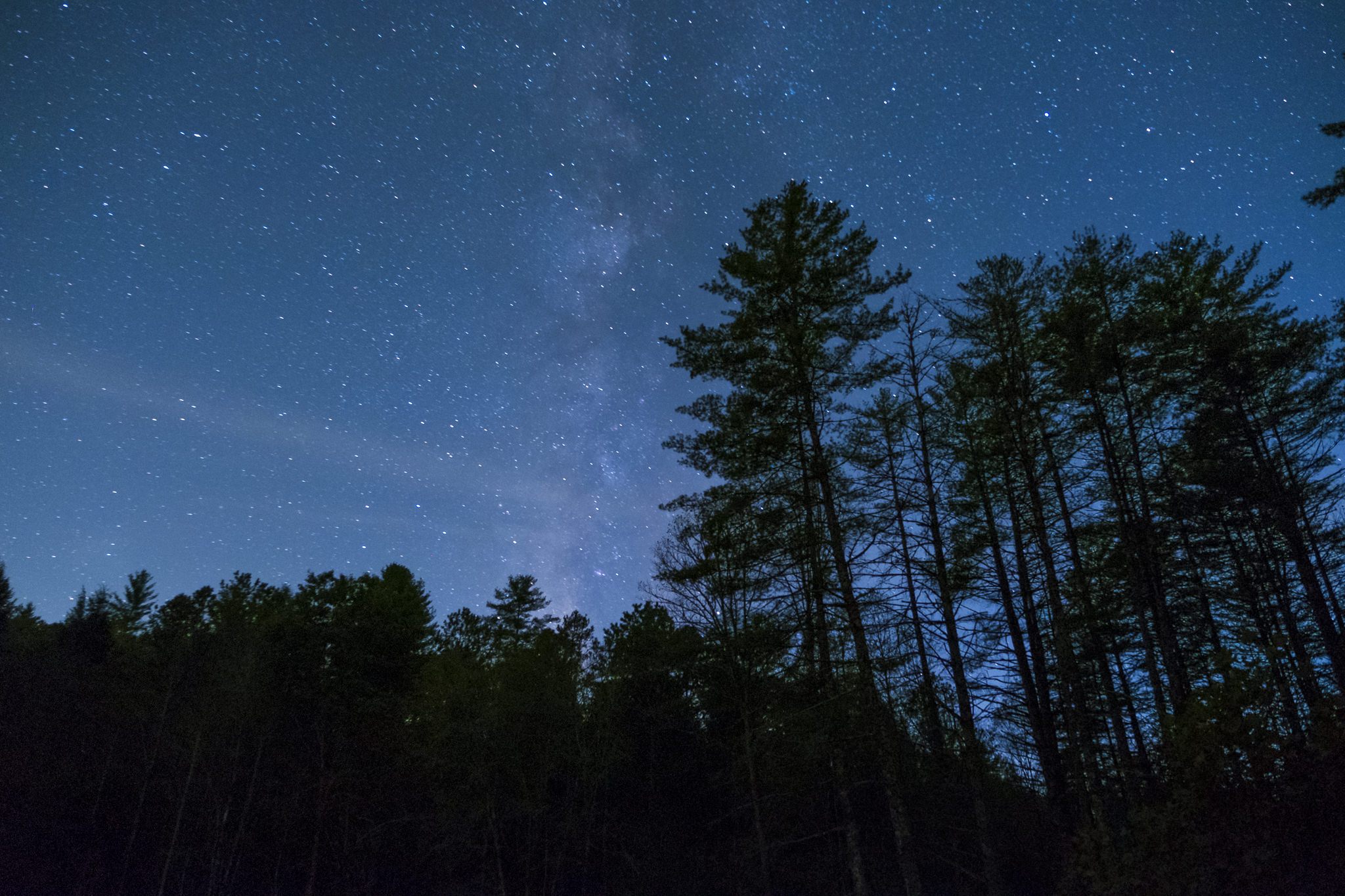 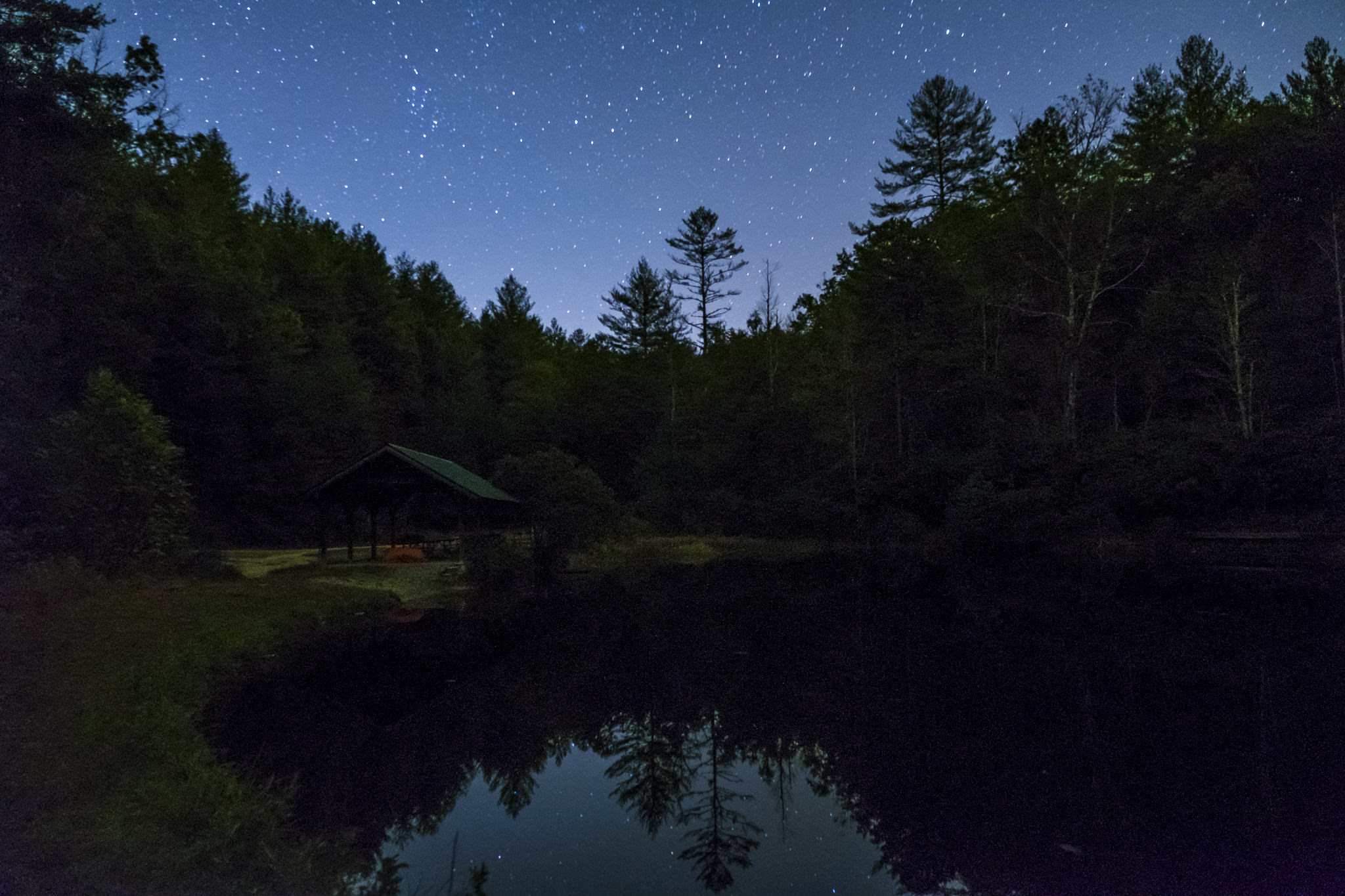 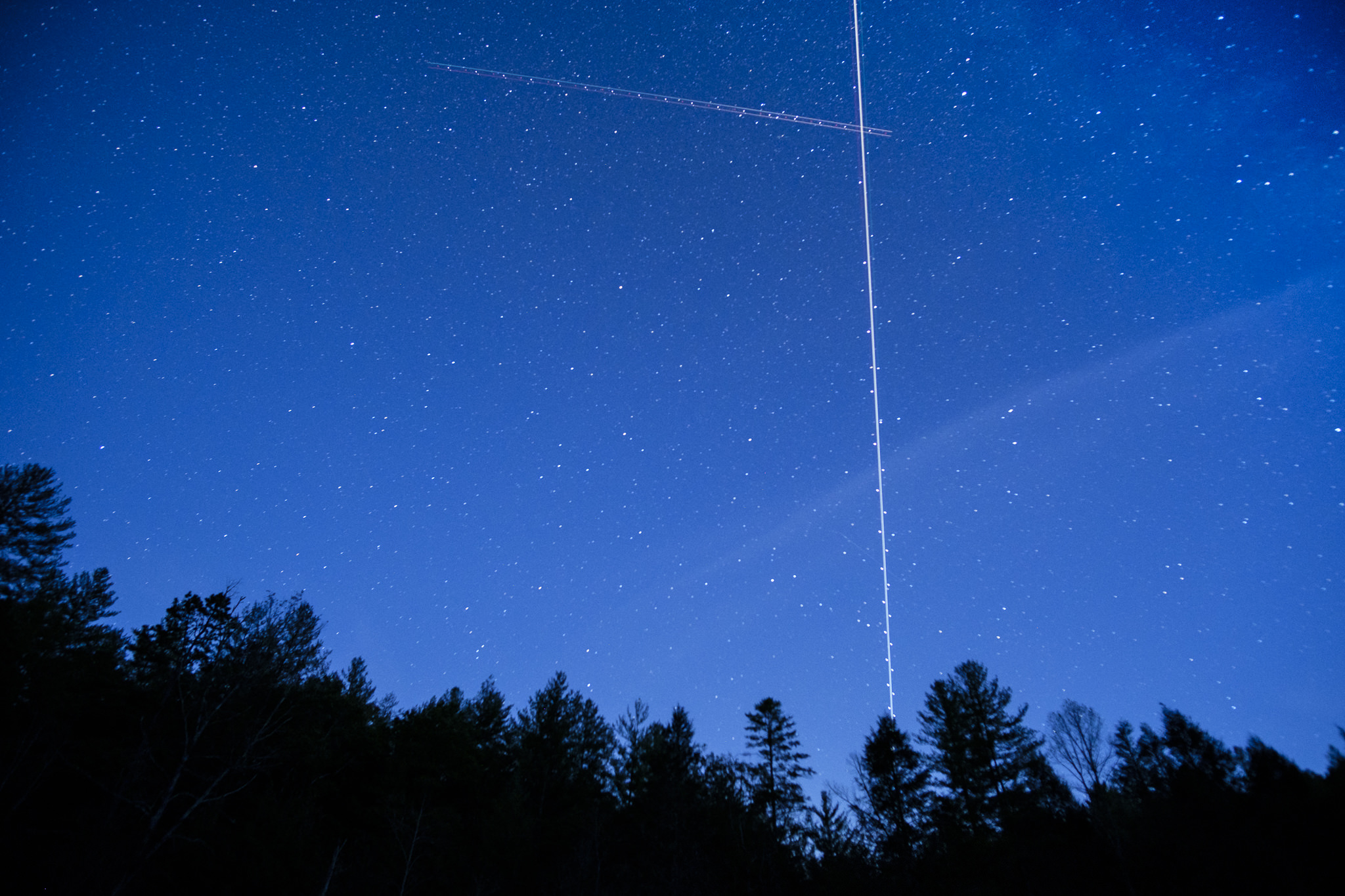 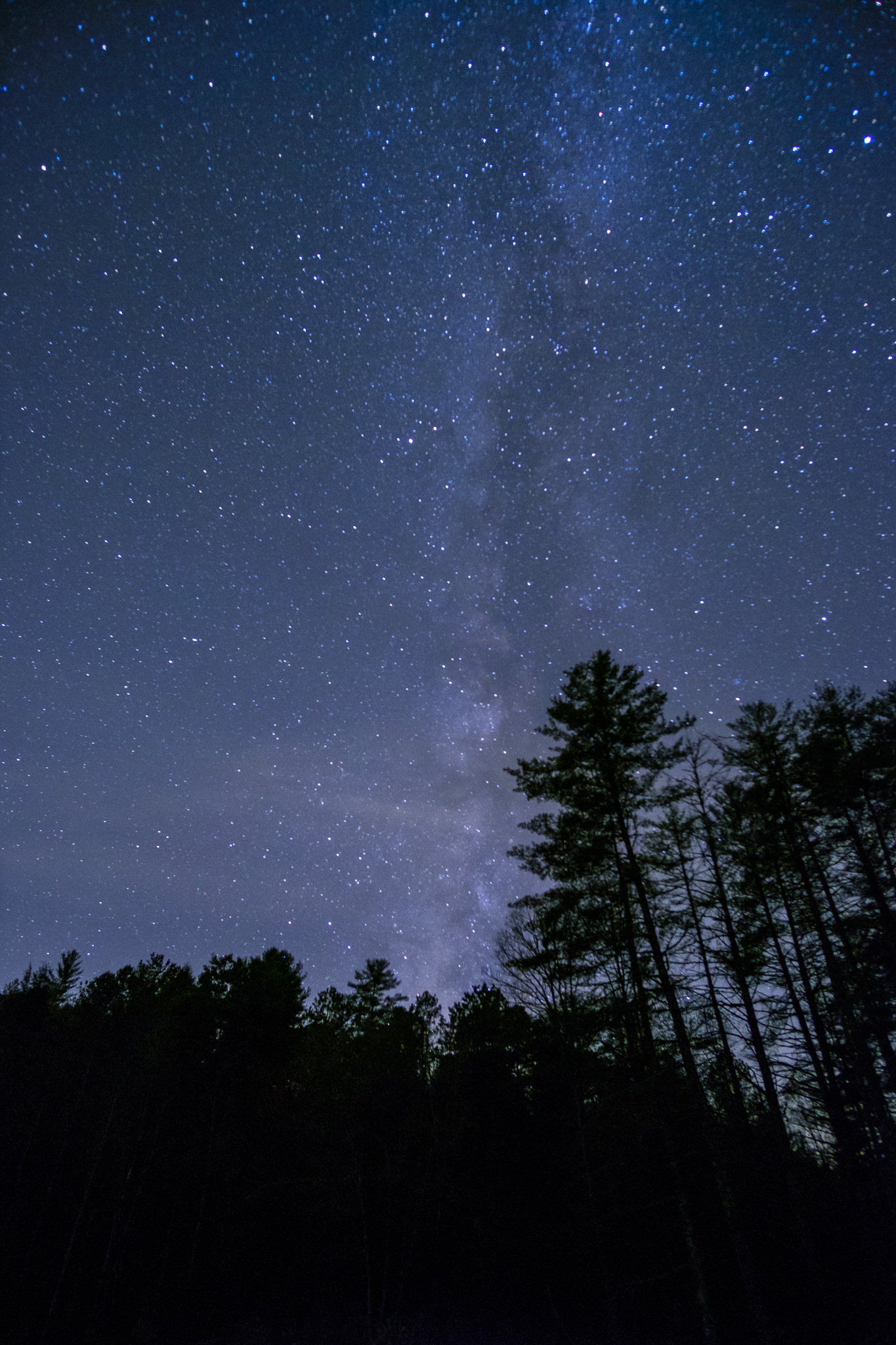 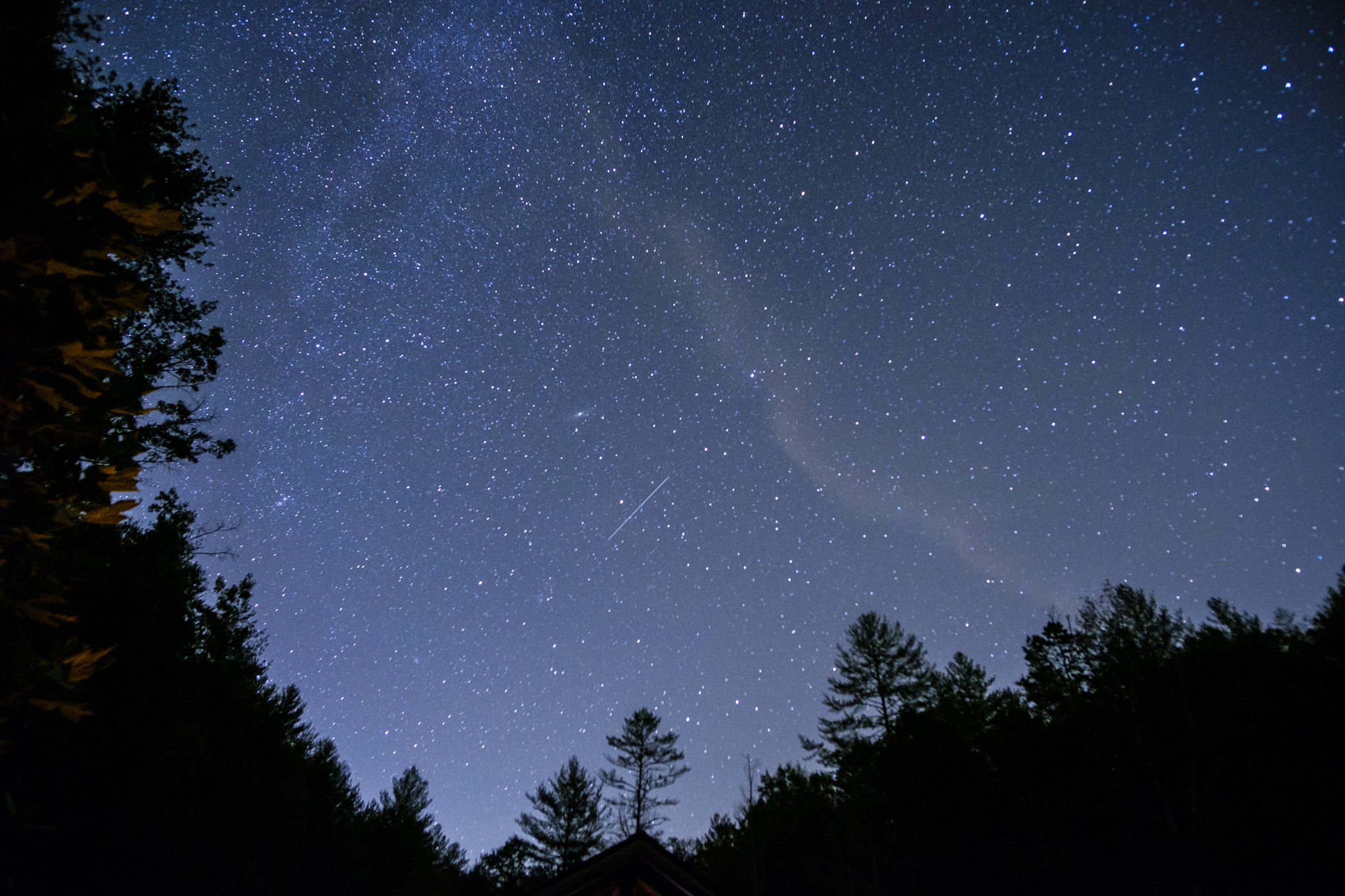 See the meteor in the middle? 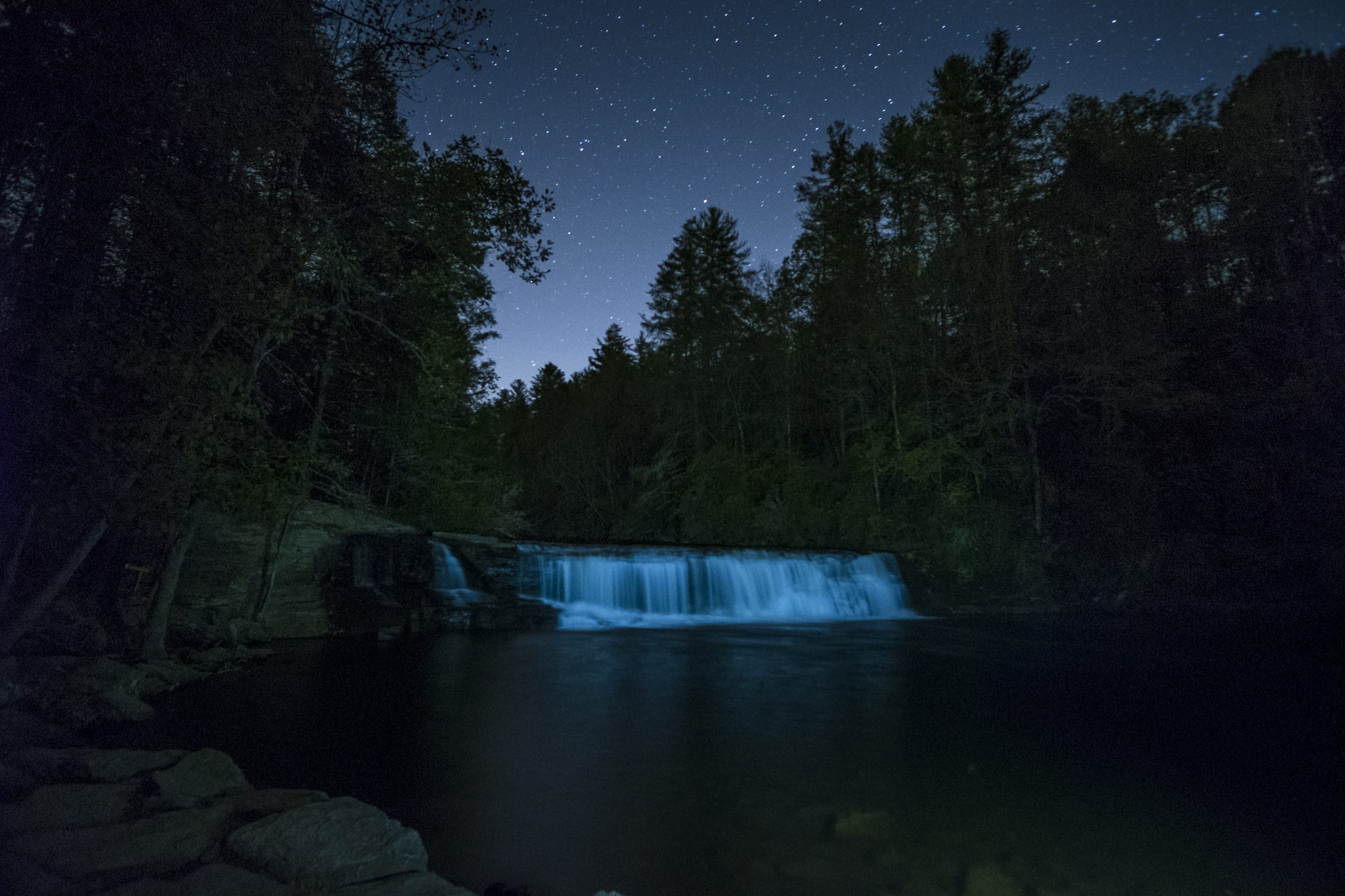 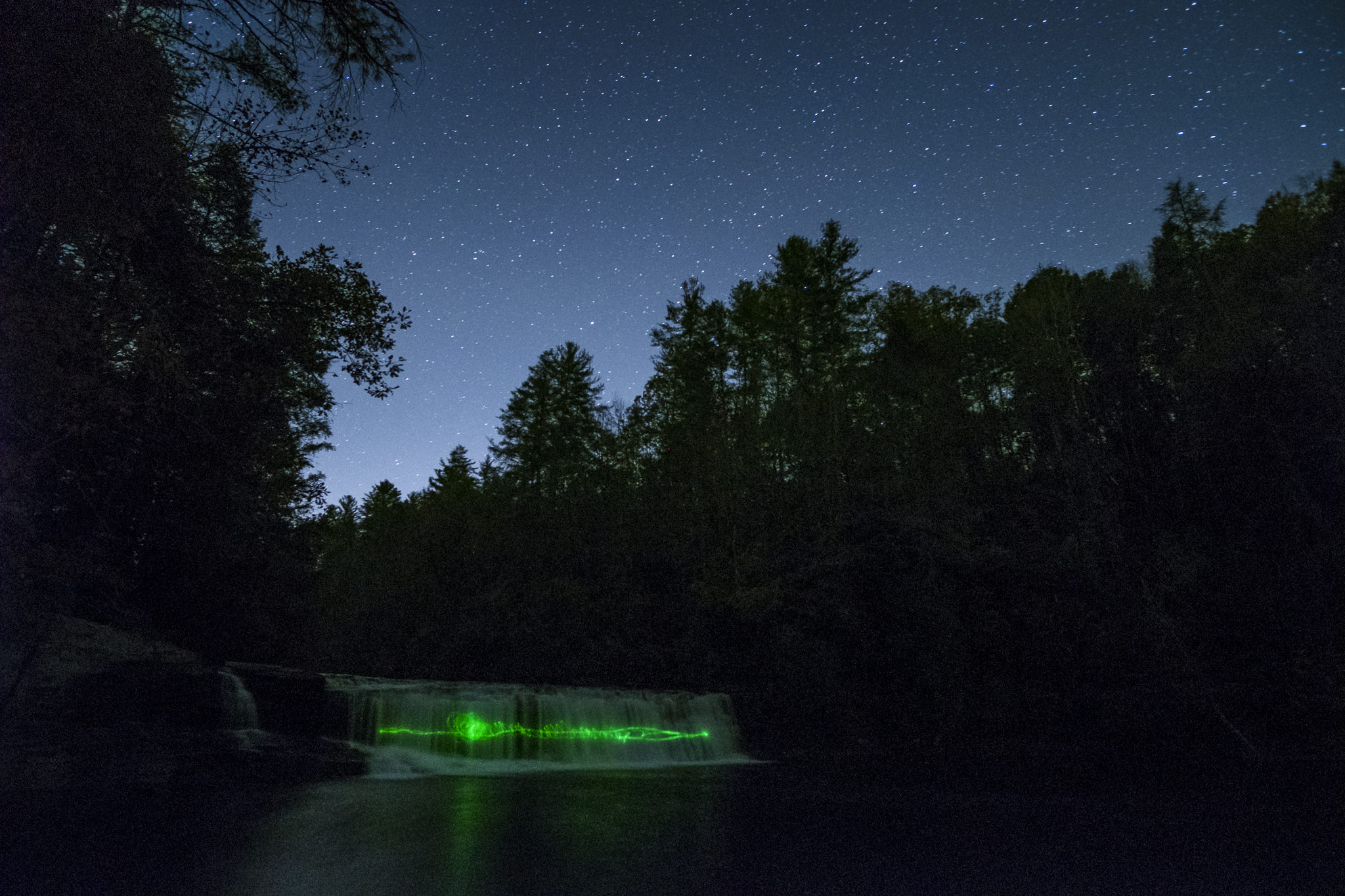 Light painting the waterfall with a green laser 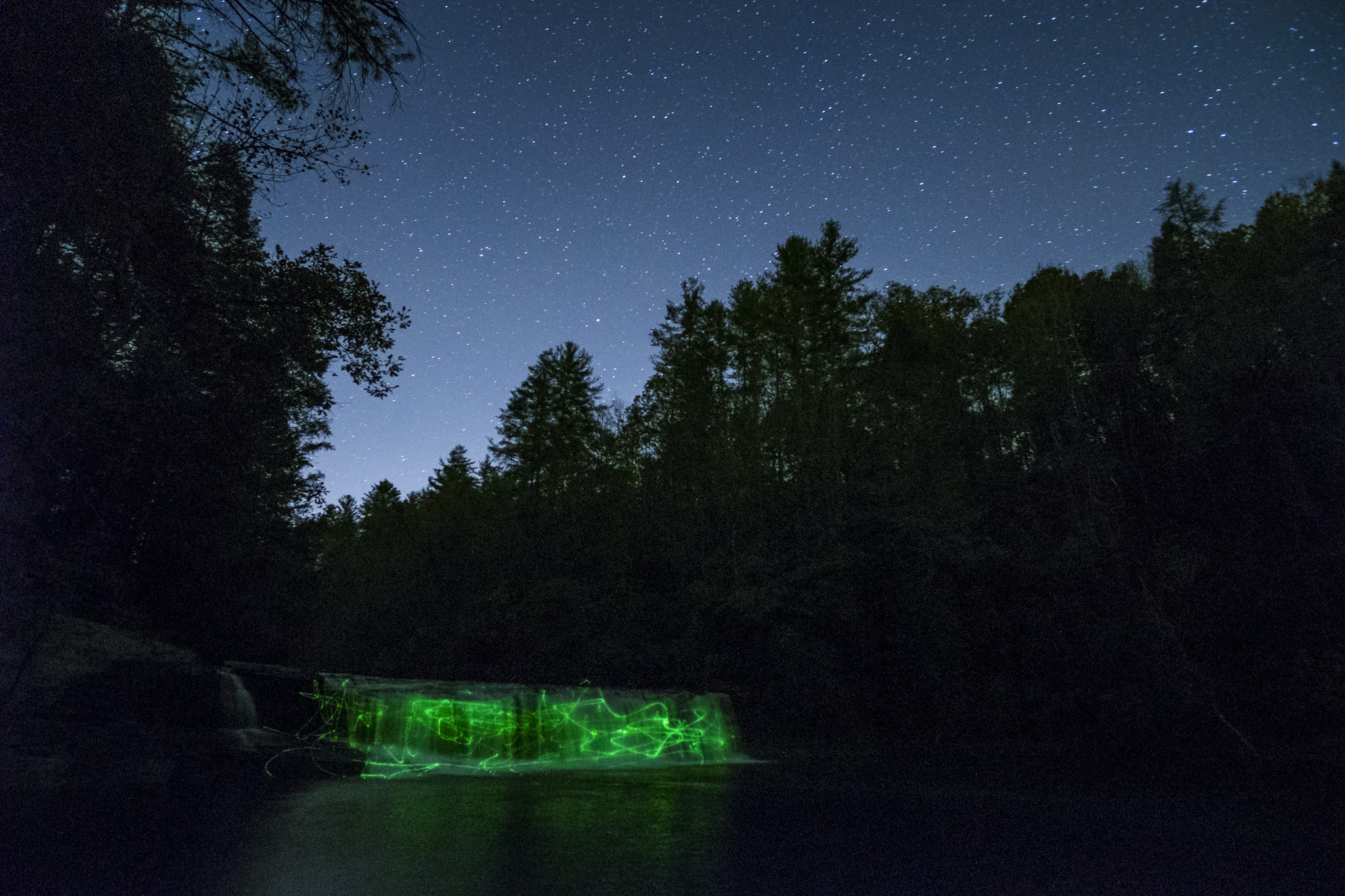 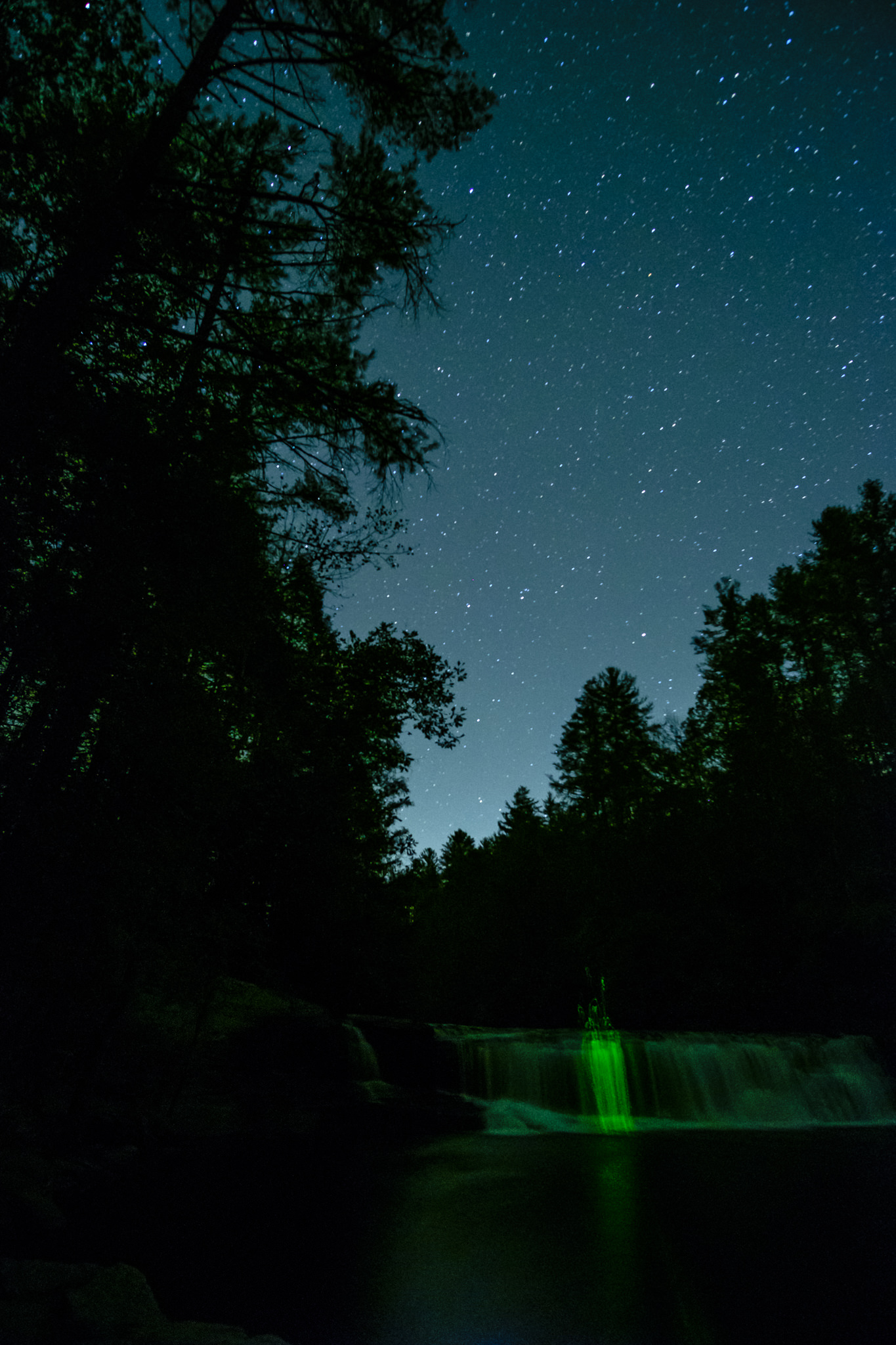 We were all craving Waffle House, so we headed into Brevard and pulled up to the Waffle House there, but didn’t even get out of the car because the place was packed – no open seats at all. We typically hit that much later on astrophotography nights, something like 2am, but it wasn’t even 11pm yet on this night. We headed back to Greenville and decided we were all too tired, so we never did get our WH.