Thursday was a whirlwind day with lots of activity at the summit. As I was left my room to join an early morning field session, I looked up and saw stars, so I instead jumped in my car and headed up to foothills parkway to shoot some star-to-sunrise timelapse.

I had both cameras running, and I was leaning against my car when Ken Jenkins drove up at the front of a group of cars, rolled down his window, and said “Hey Tay-ed, I heard you have breakfast for all these folks?”

In just minutes, the setup went from this: 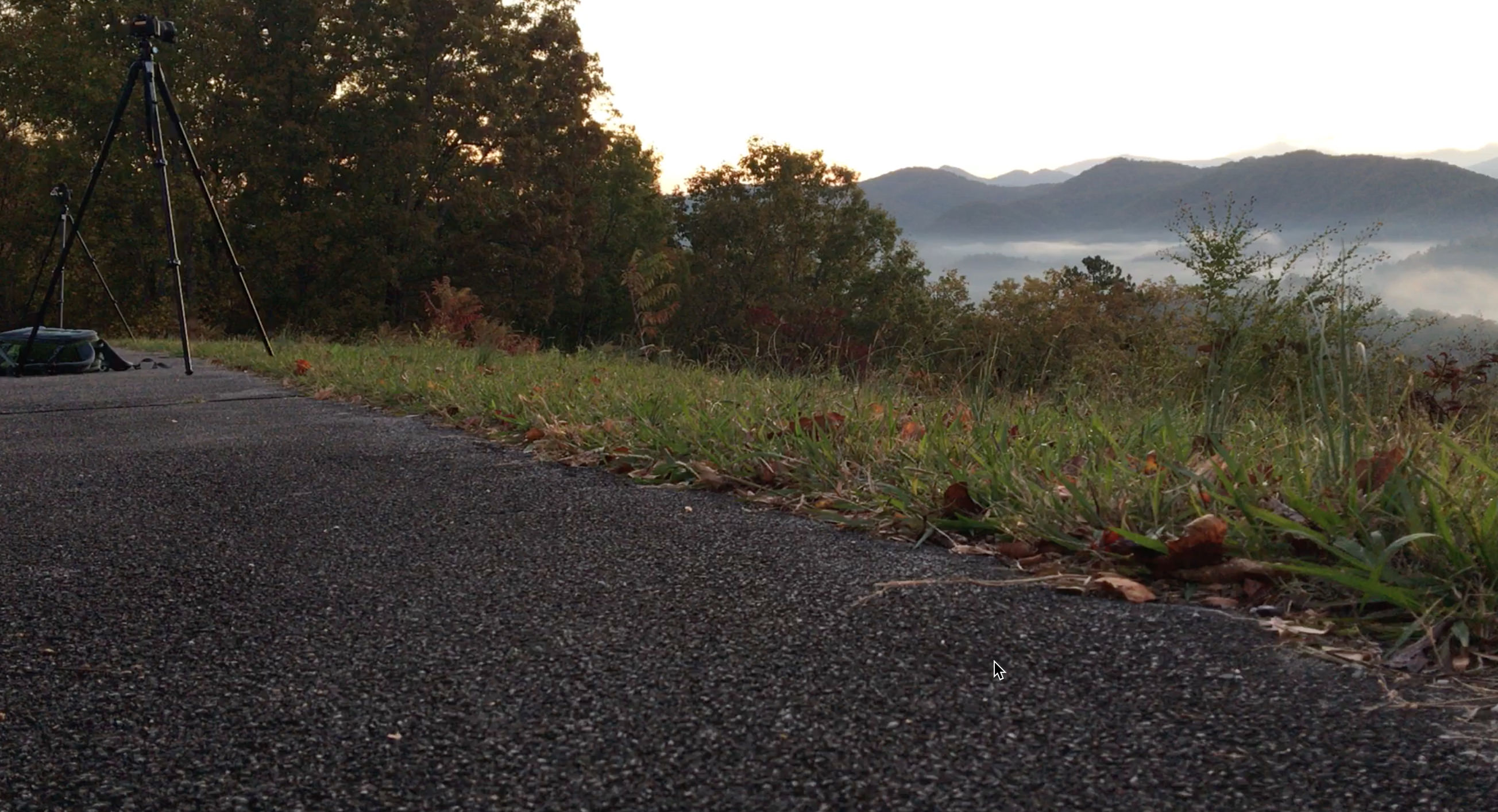 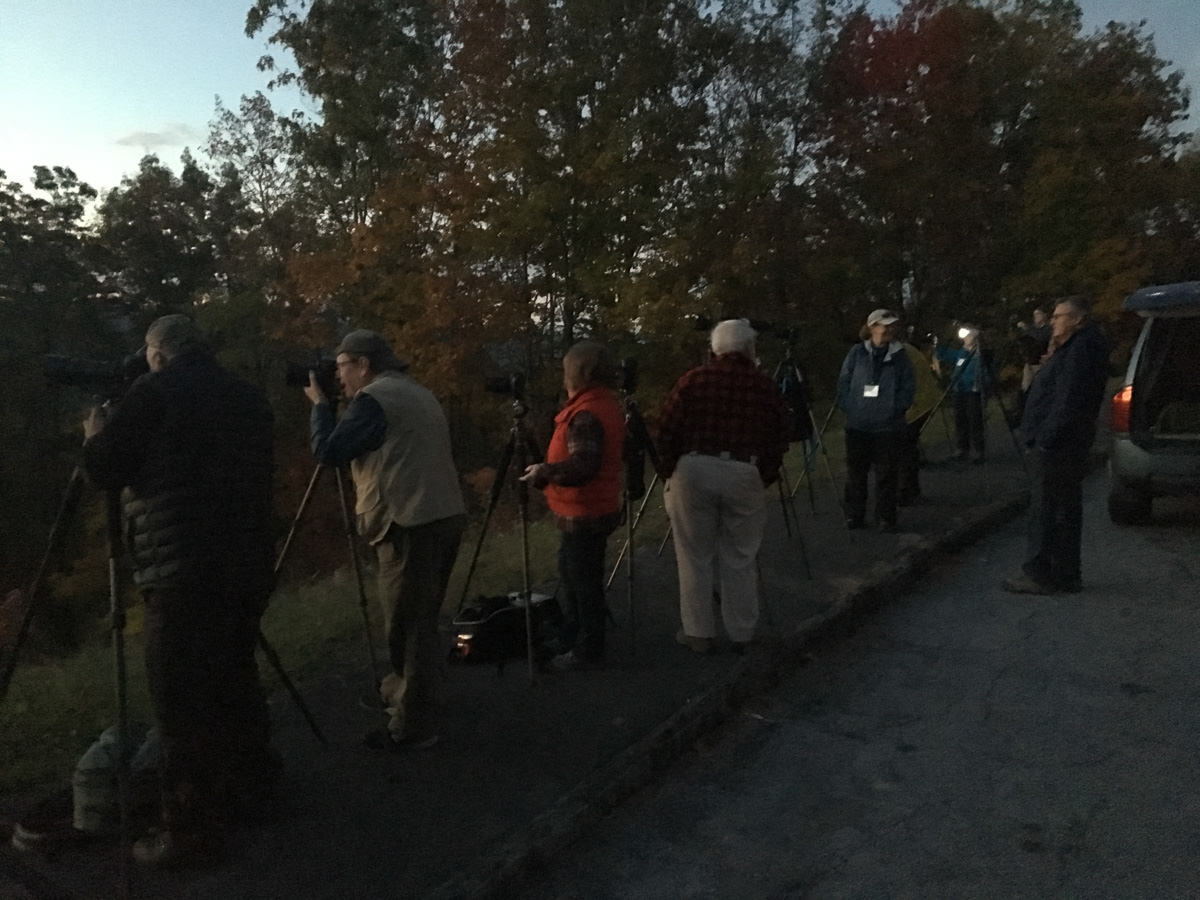 I was joined by a dozen or so attendees on their field session with Ken, one of whom set up their camera so close to mine that their head ended up in my frame and I had to crop around it. It was a beautiful sunrise anyway and the clouds snaking along the mountain ridges were pretty stunning.

The day was tied up with Summit activity, and I was exhausted by around 5pm. During the image critiques, I could see the beautiful sunset happening outside and was sad to miss it, but I was so tired I just couldn’t wait to sleep.

Jeff and I locked up the lodge around 9:30. He texted me two minutes later, saying “Those clouds are pretty cool….want to run up to Foothills?”

I had never shot under a full moon, and this was a wild, fun experience. I think the fall colors might have looked better under the soft moonlight, and we hit several spots along the parkway to get some cool pictures. Four hours later, I got back to the room and had to load the photos before I could sleep, because I was loving the stuff we got. 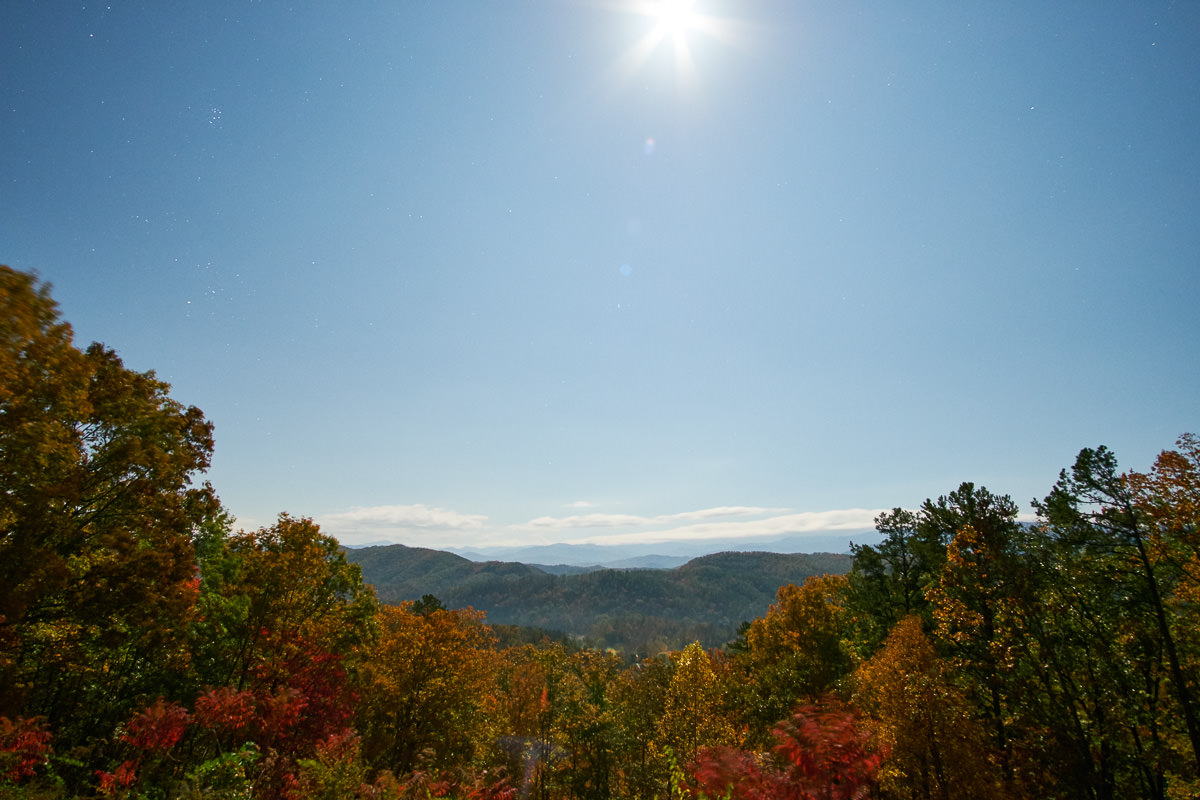 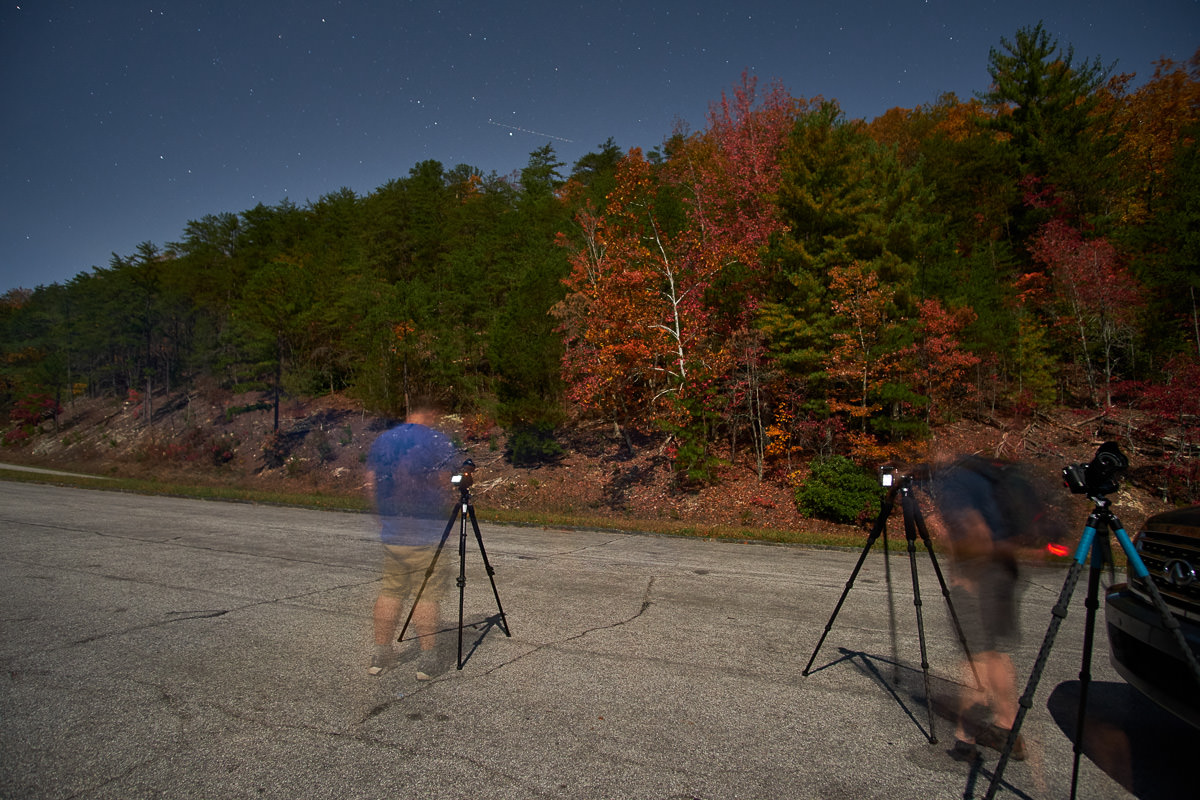 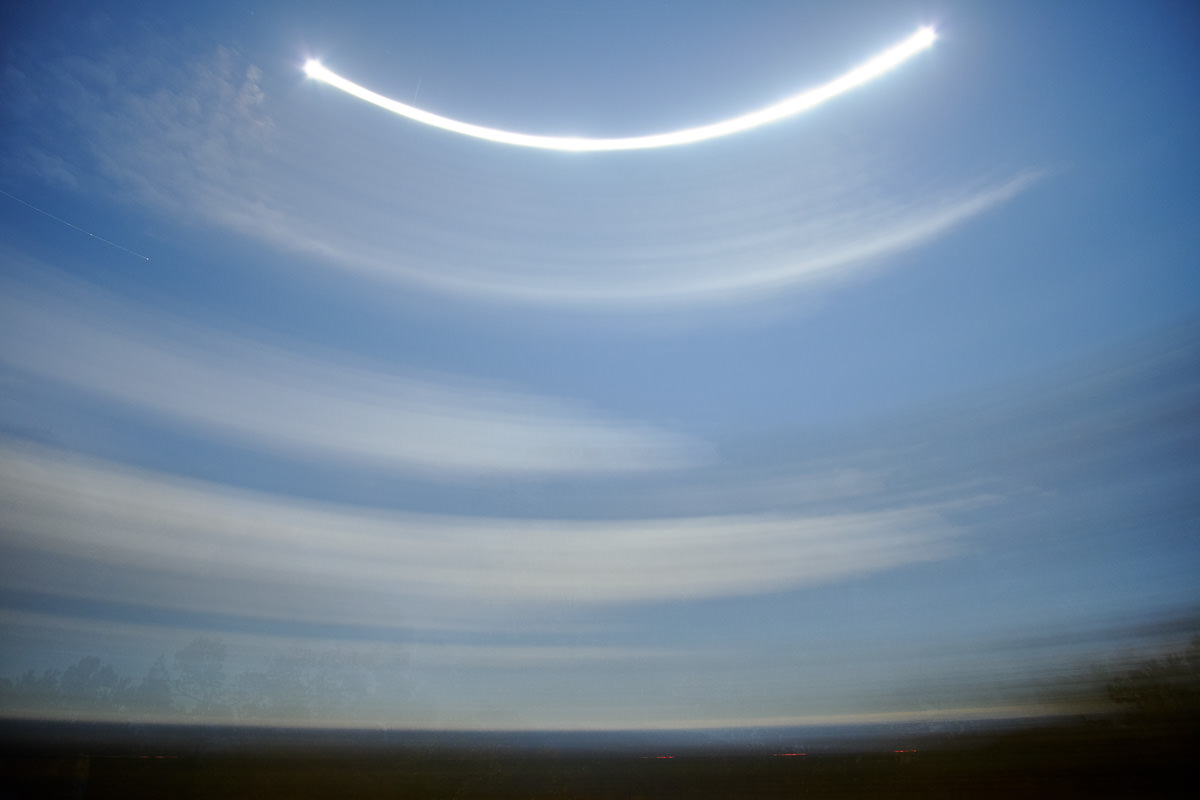 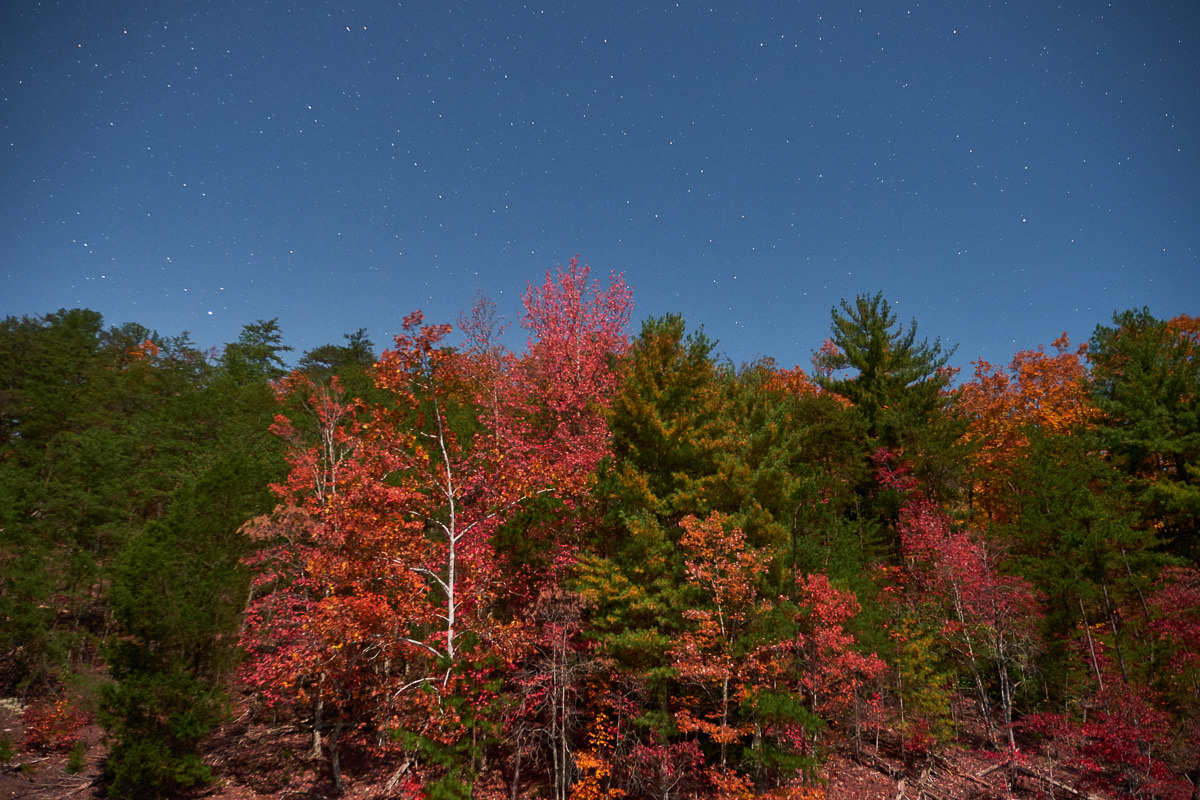 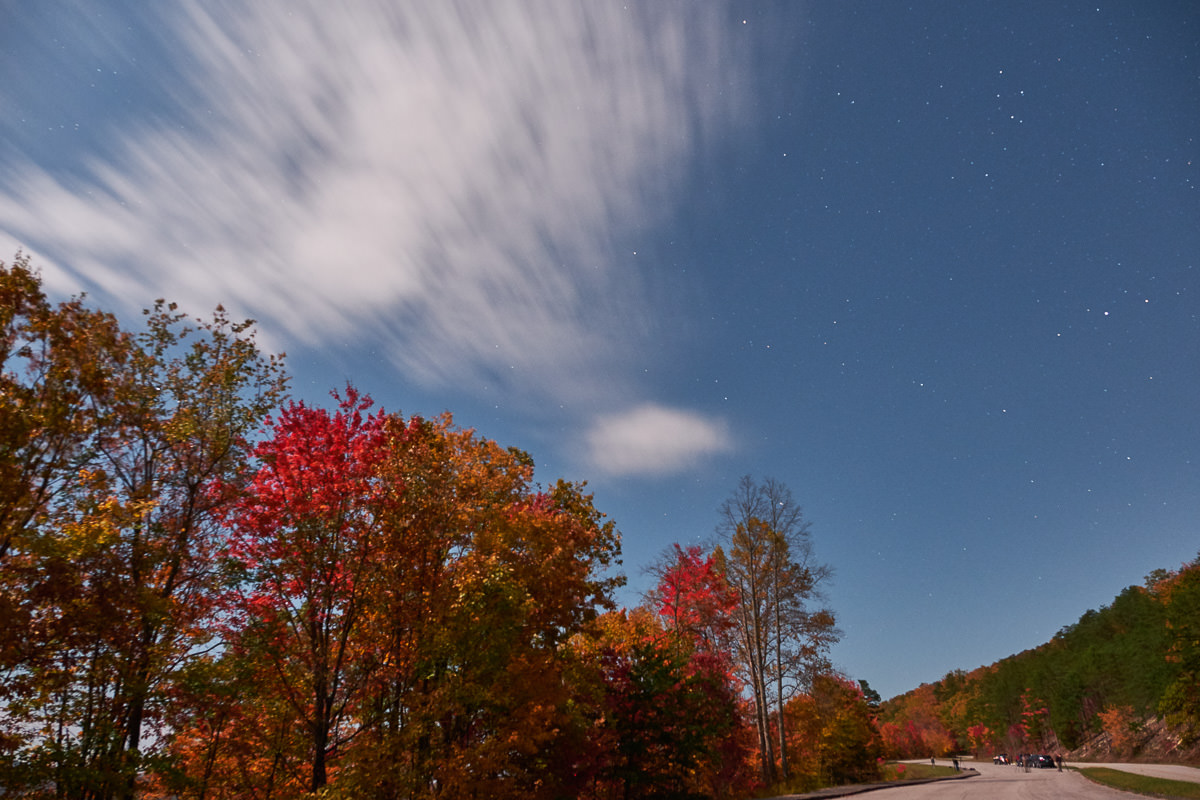 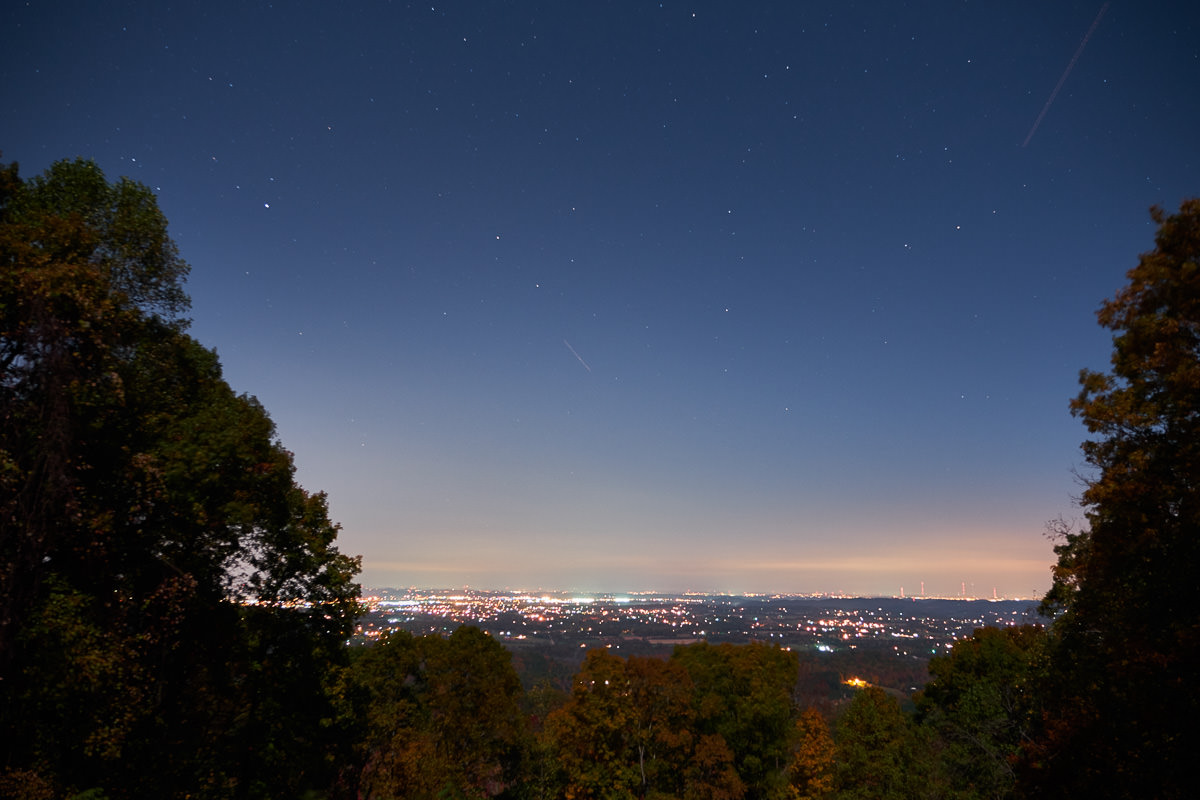 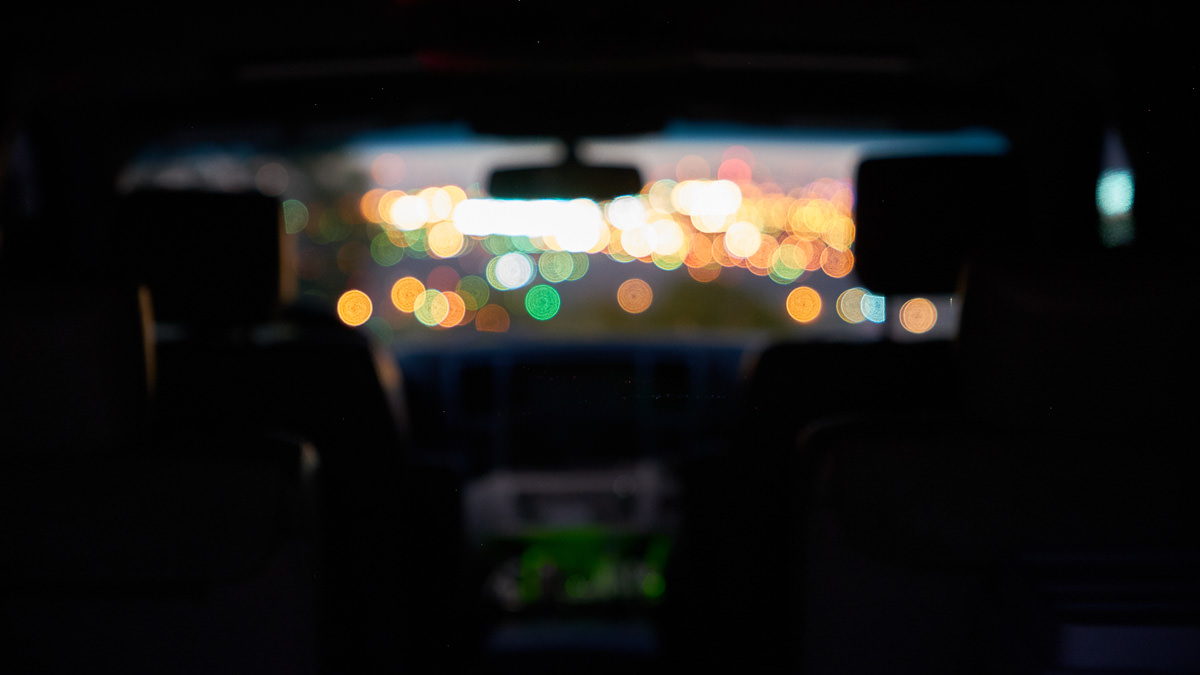 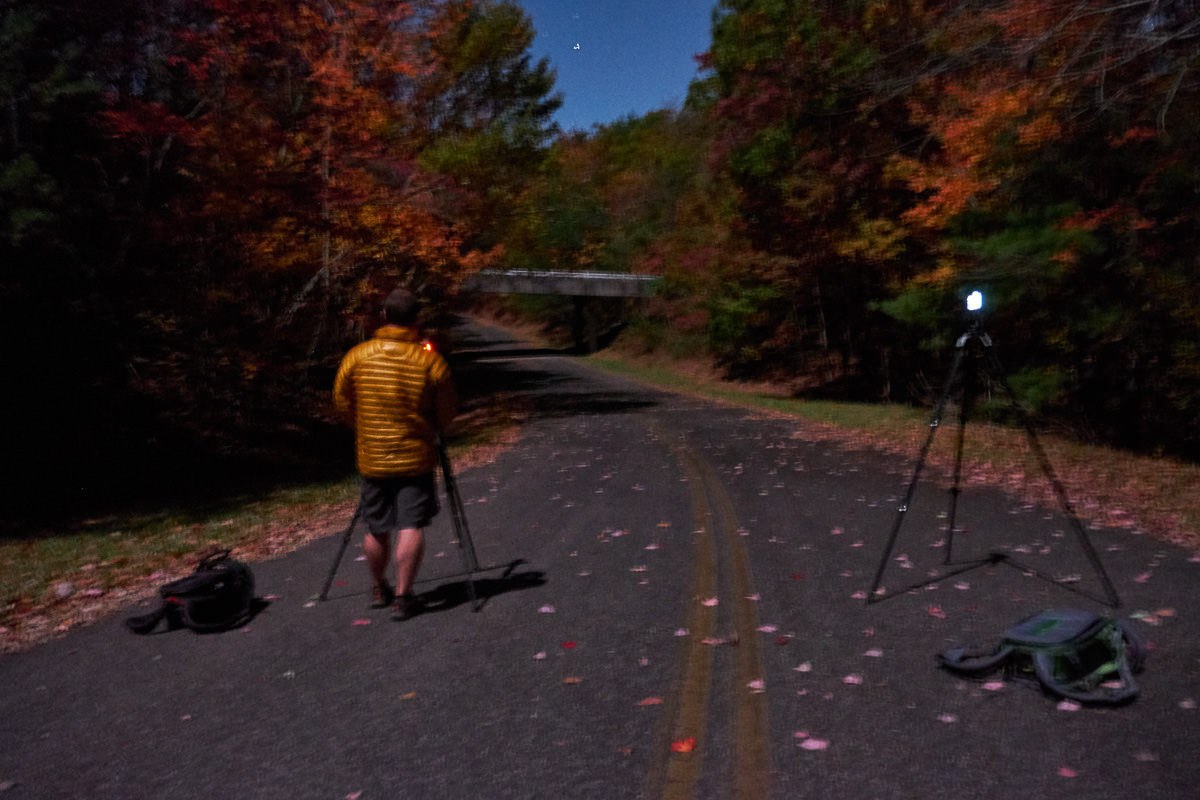 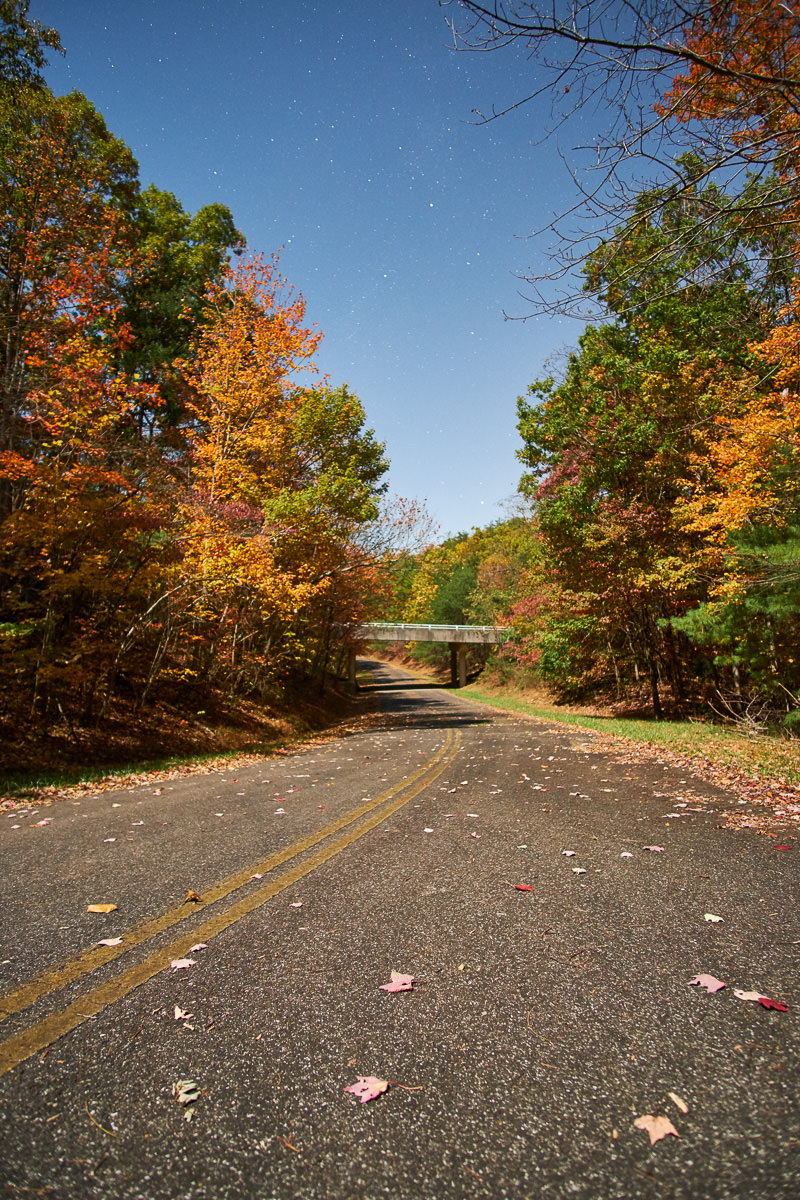 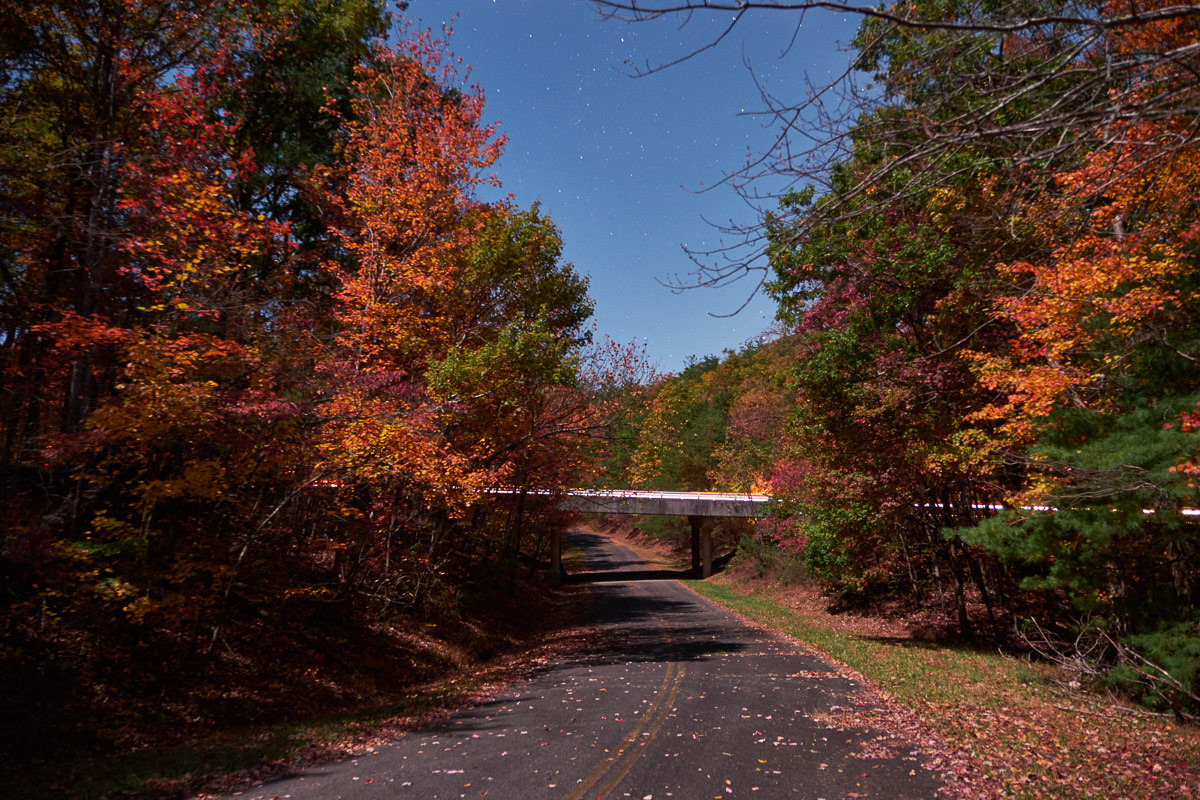 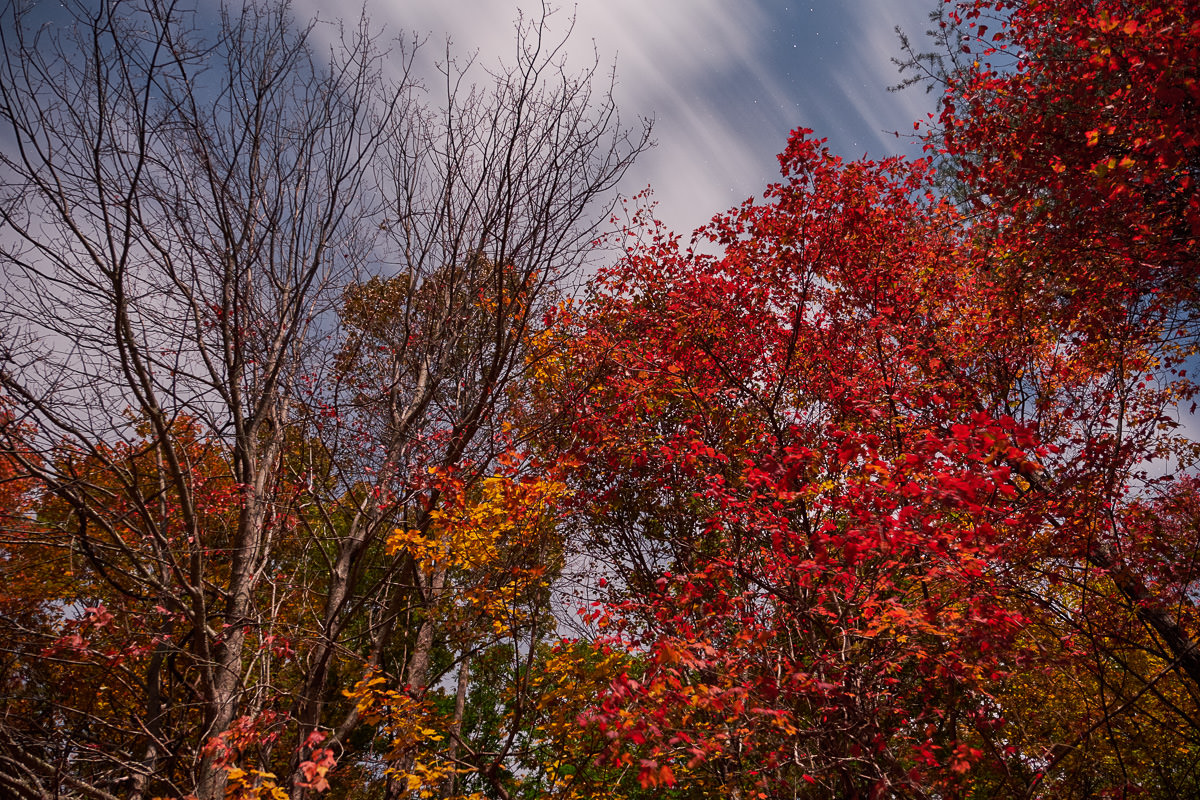