In case you hadn’t heard, I have a new job with Glazier Clinics. I’ll be working remote from Michigan most of the time, but they’re based in Colorado Springs, and I am spending two weeks there in August.

It just so happens that the weekend in the middle of my time here coincides with the new moon, and also with the peak of the Perseids meteor shower. So of course, I was looking for places to get some great photographs of the night sky here in Colorado, and some googling led me to the Colorado Springs Astronomical Society, who have a great schedule of events all over the area.

I saw they had an event scheduled for Friday night at Florissant Fossil Beds National Monument, which is about a hour up into the mountains west of Colorado Springs, though it took 90 minutes due to a few accidents. I didn’t end up connecting with them at the visitor’s center, but instead set up my cameras just up the road at the Hornbek Homestead, using the settler buildings as the foreground for my night sky shots.

As usual, I set up one camera on time lapse before the sun set, and took individual photos with the other. I got some good photos of the setting sun peeking around a hill: 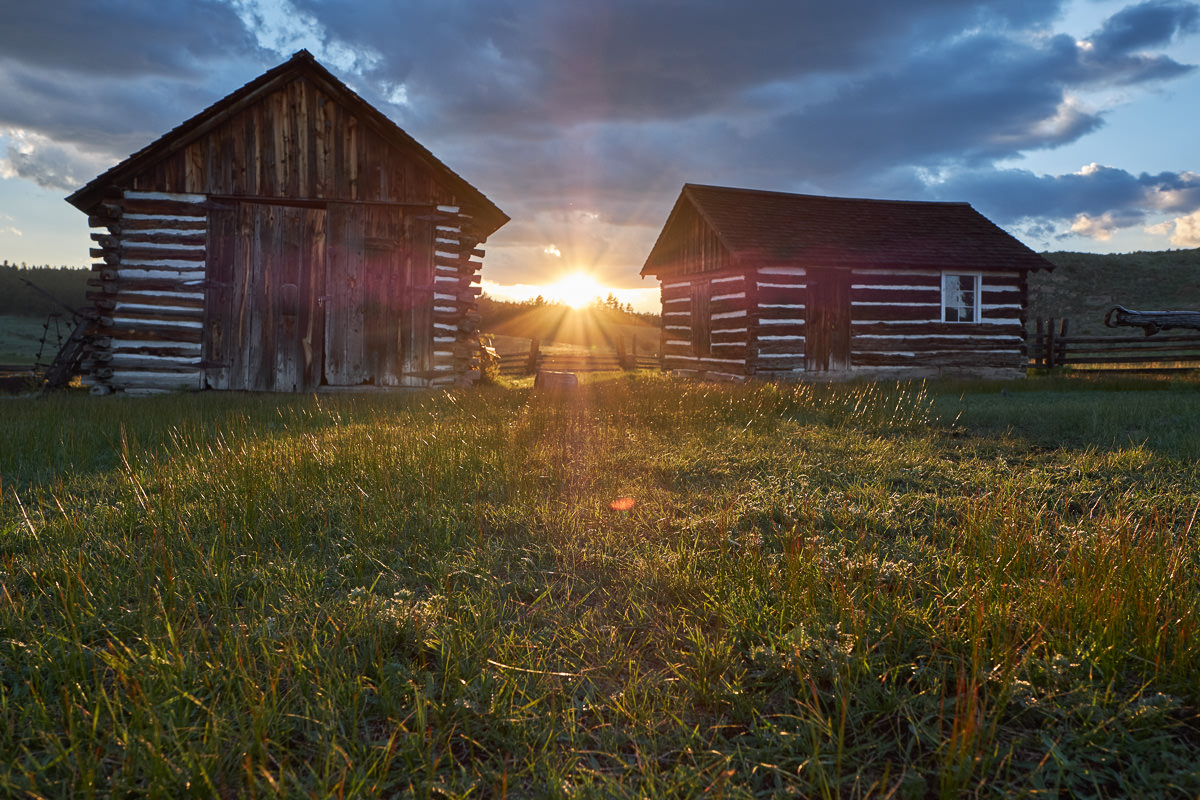 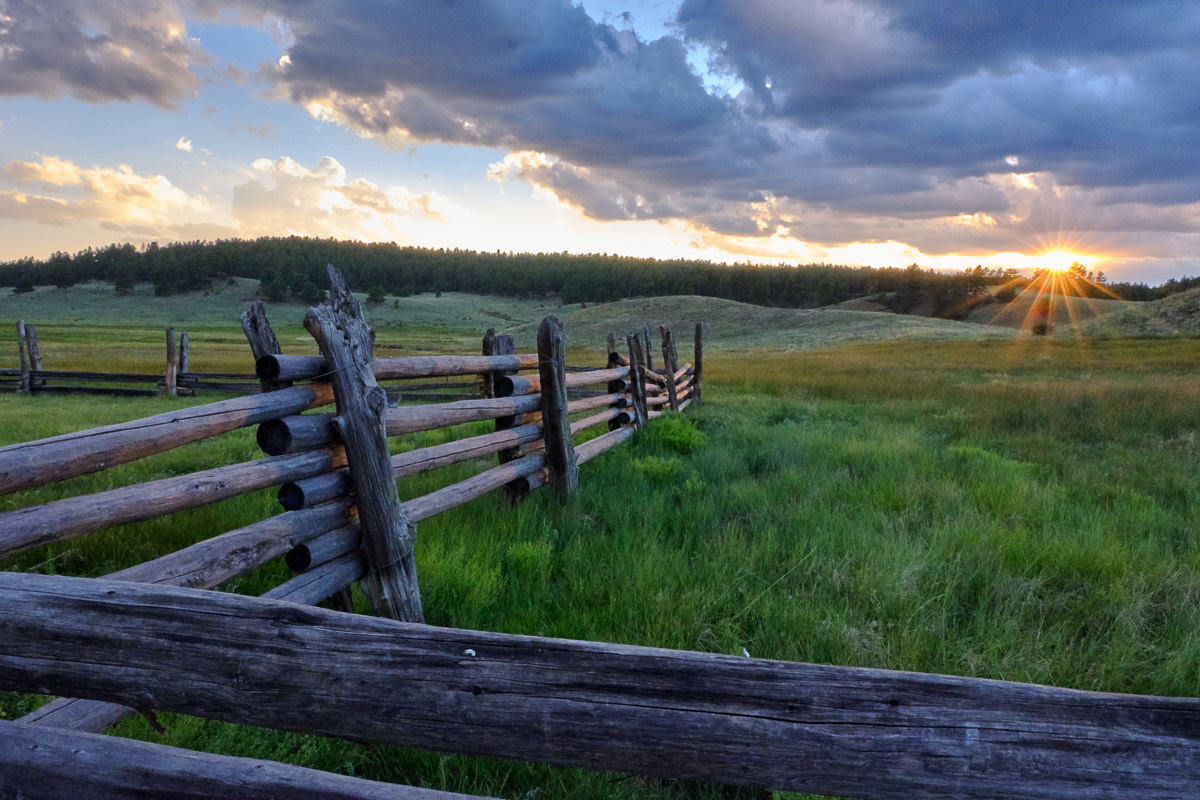 And then it was time to wait until the sky darkened and the Milky Way appeared. And did it ever. 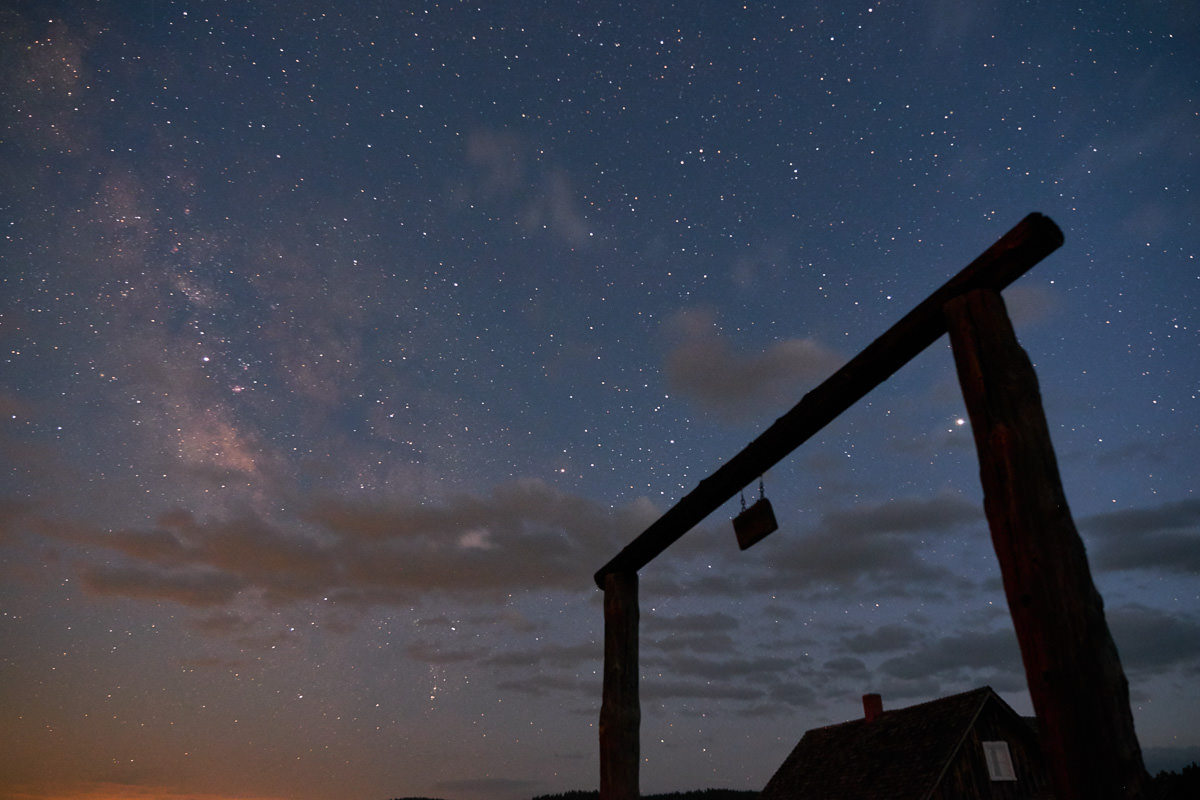 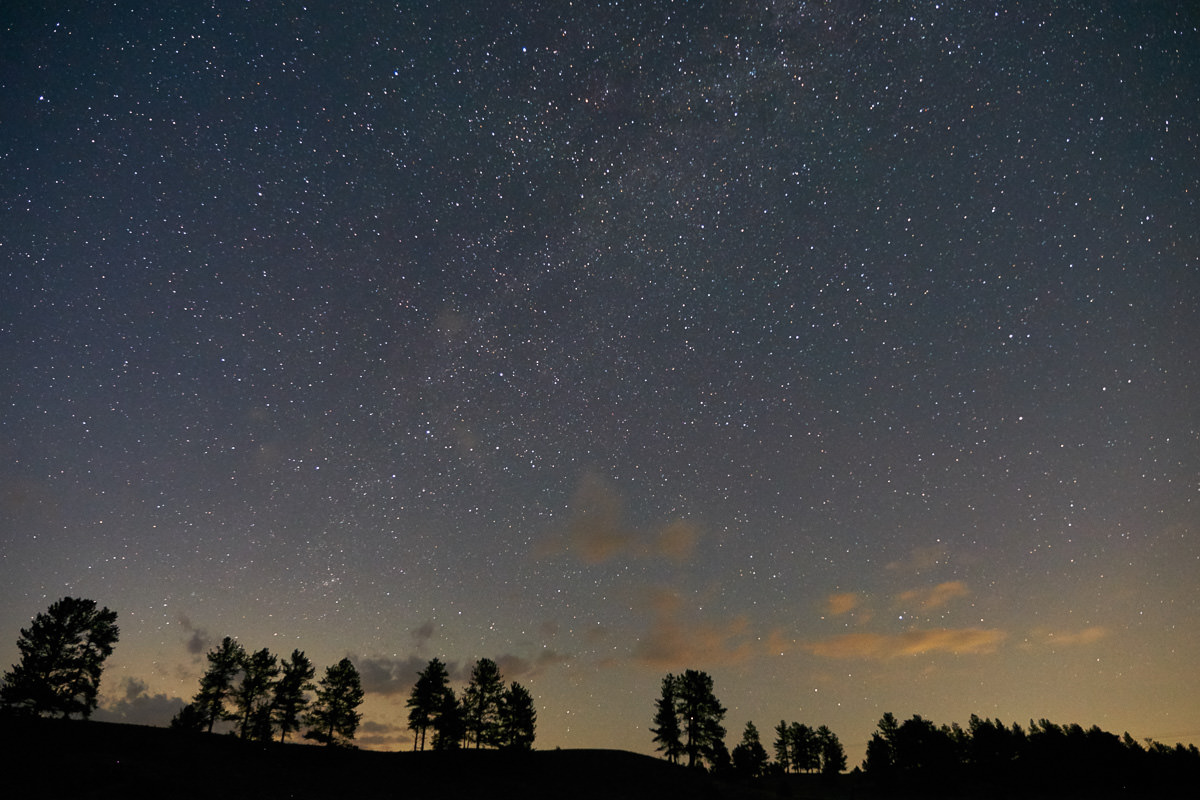 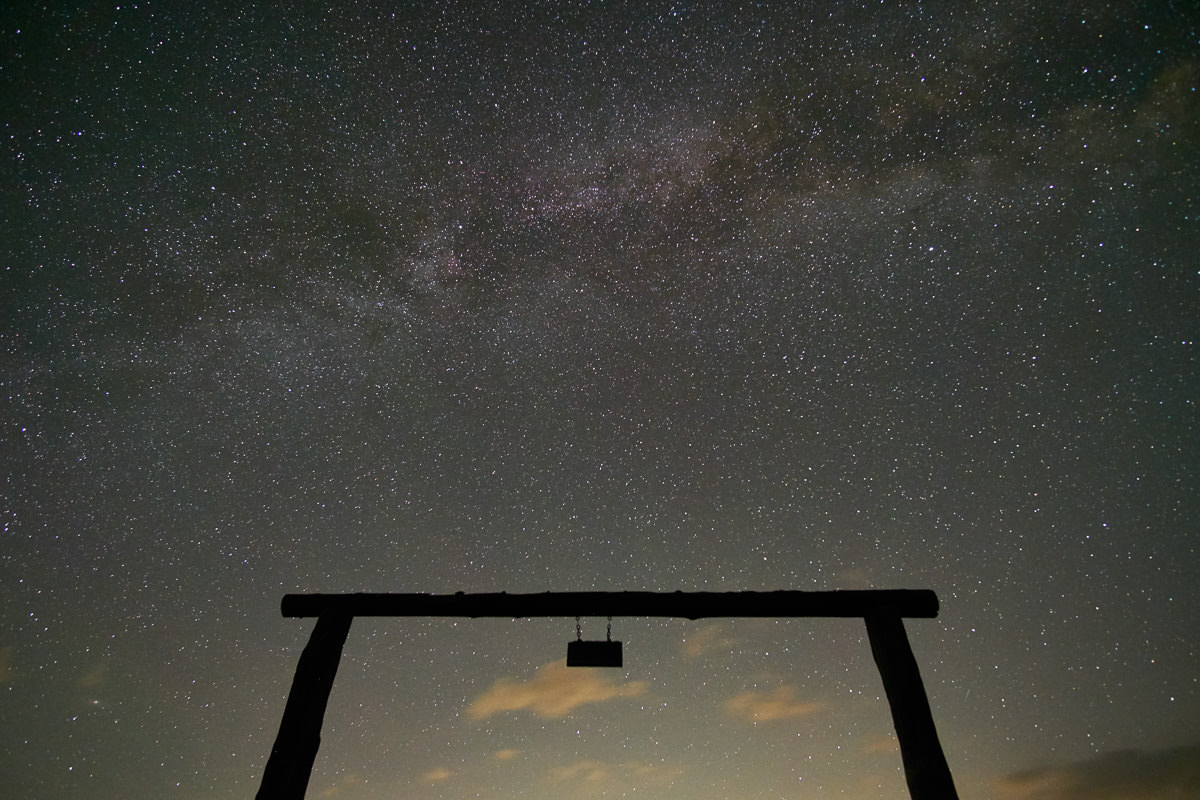 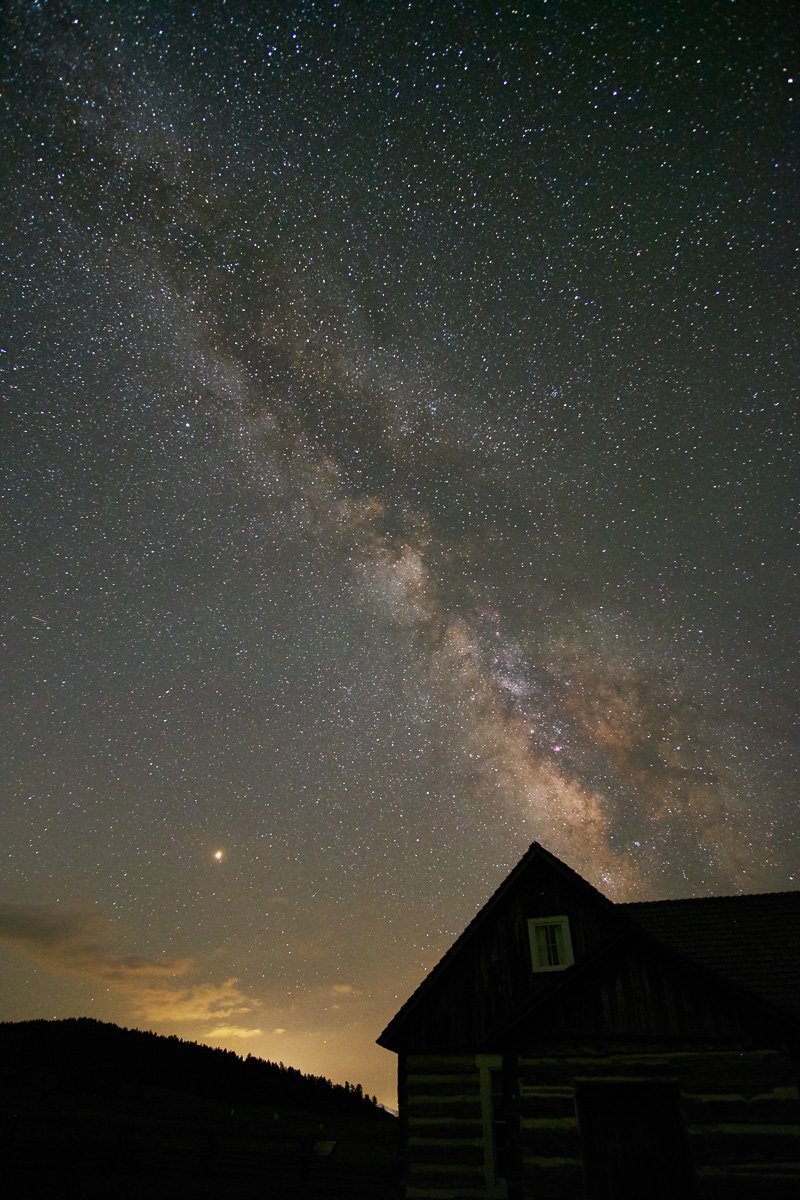 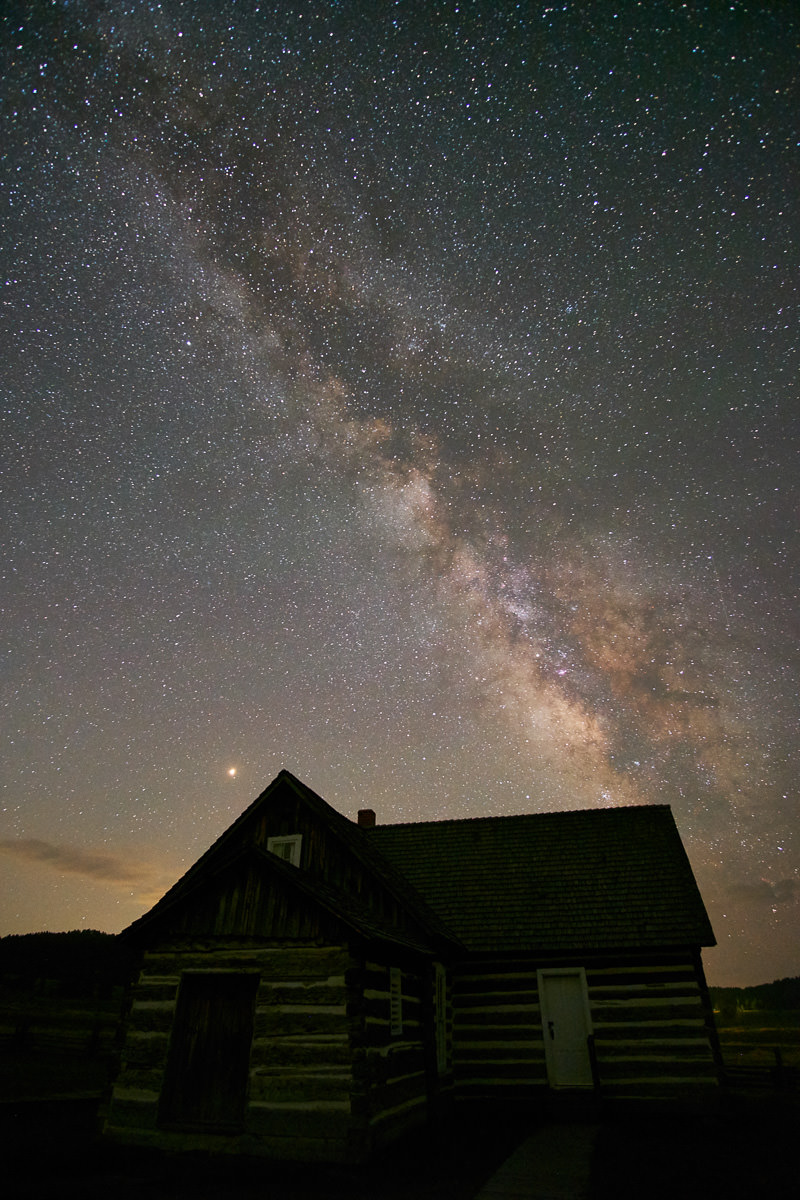 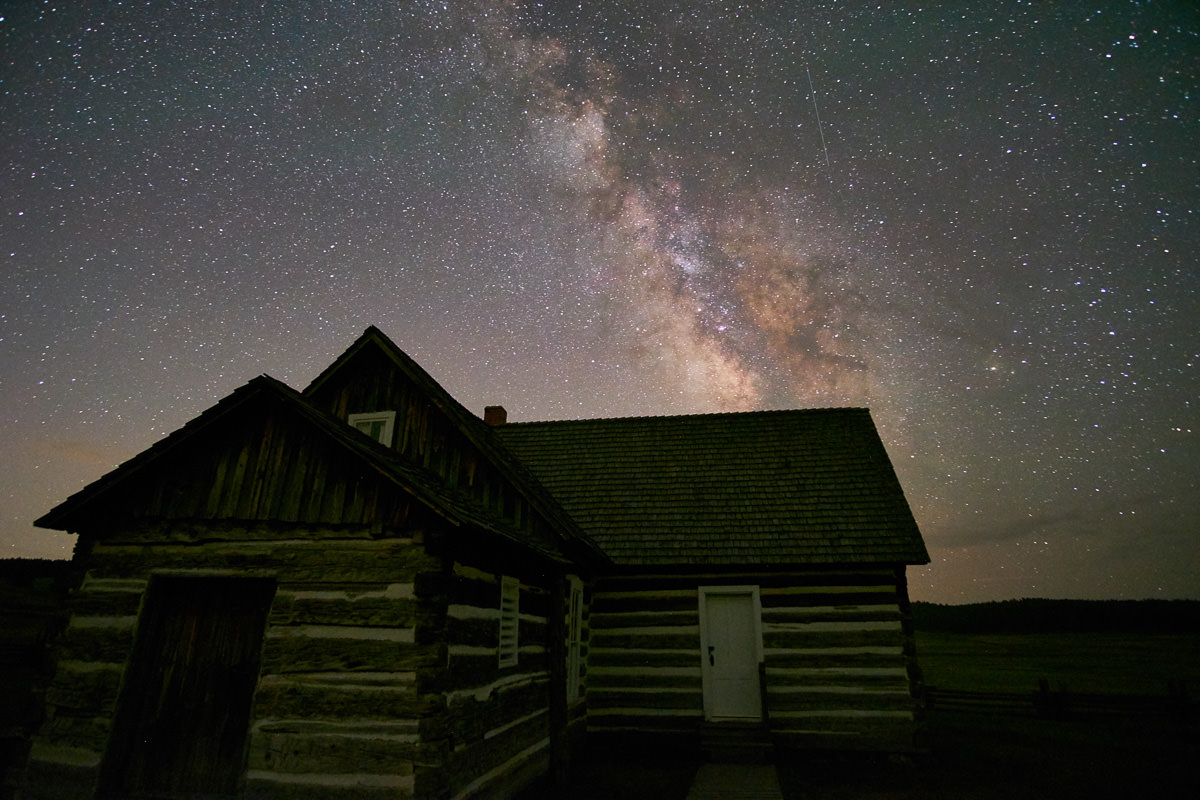 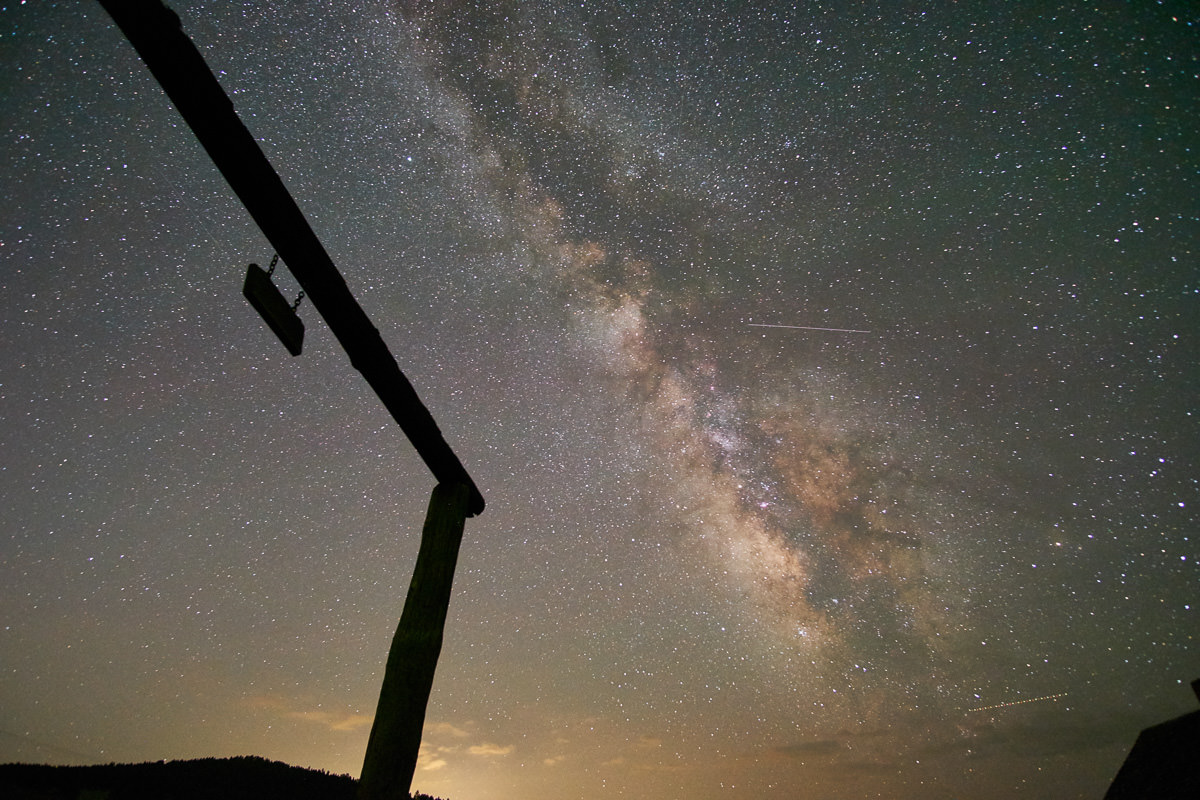 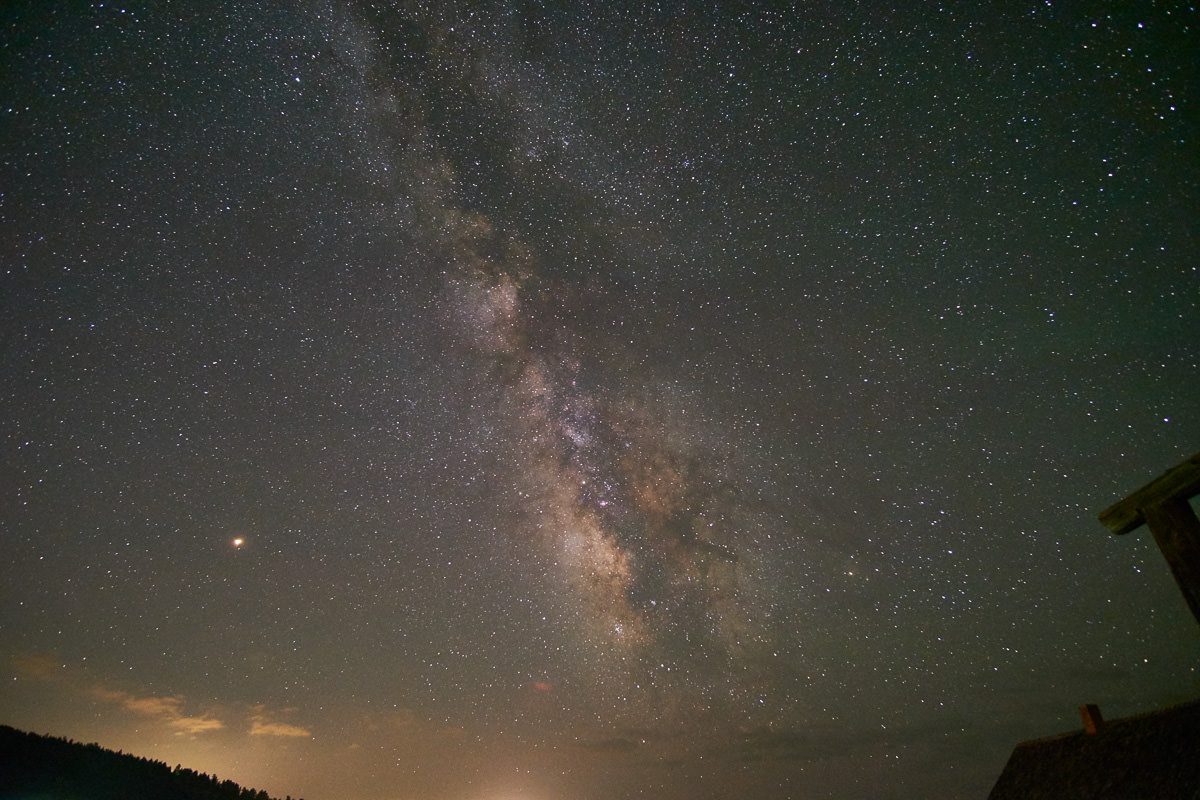 The time-lapse turned out okay, but I had two problems: 1. the headlights from the constant cars passing caused a lot of screen flashes; 2. I had a technical issue that caused it to stop recording right when the Milky Way came out, so I had to cut a few things together.

I got a bit skittish around 10:15 and headed back down to Colorado Springs, excited to see my pictures and footage.