Thanks to the Colorado Springs Astronomical Society again, I headed back up into the mountains to Mueller State Park on Saturday night.

This night was a bit different, because I was at the same location as the club this time, who were also hosting a public star party to watch the Perseid meteor shower. There were dozens of people around this time, mostly above and beyond me along the parking lot – I was on a trail below, but I could hear their cheers at each meteor.

I made a few photographer friends among a family of three from Dallas who came down to shoot on the trail alongside me, so no need to run away scared by every noise this time. I scouted my shots before sunset, started my time-lapse camera, and planned all the shots I wanted with the other camera, once the Milky Way appeared. 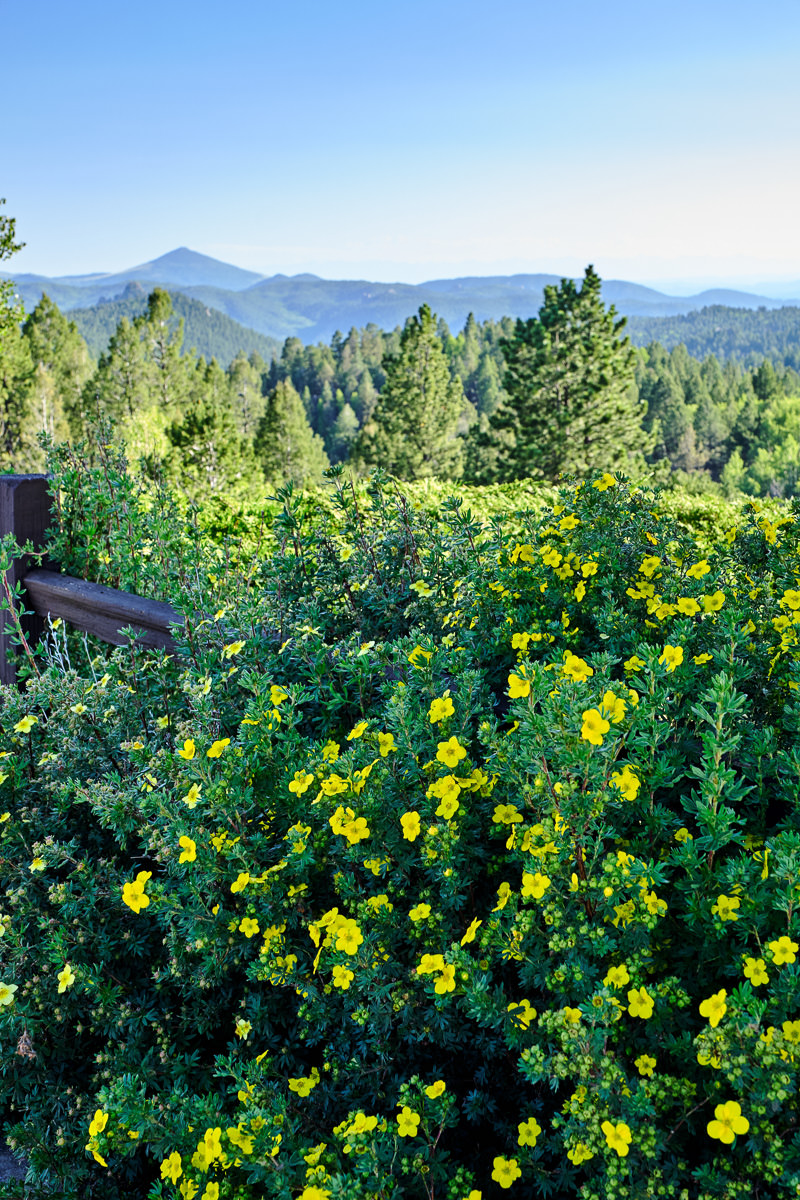 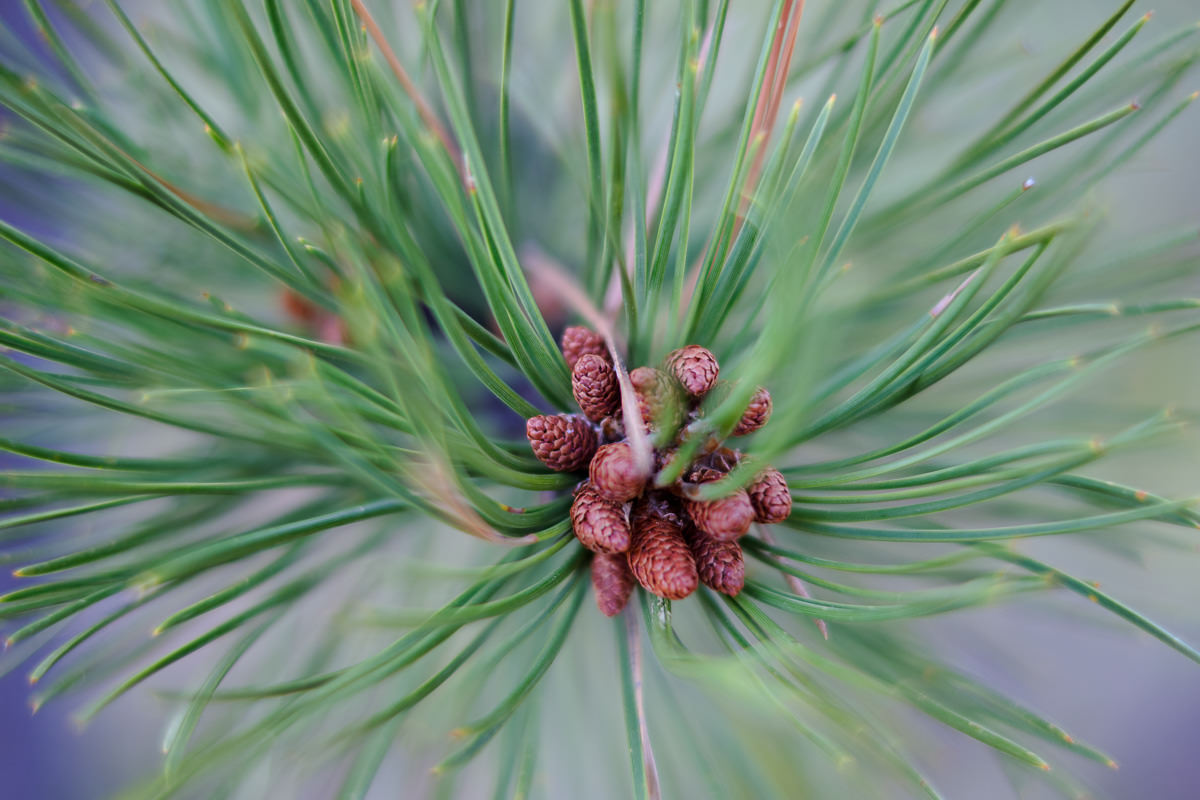 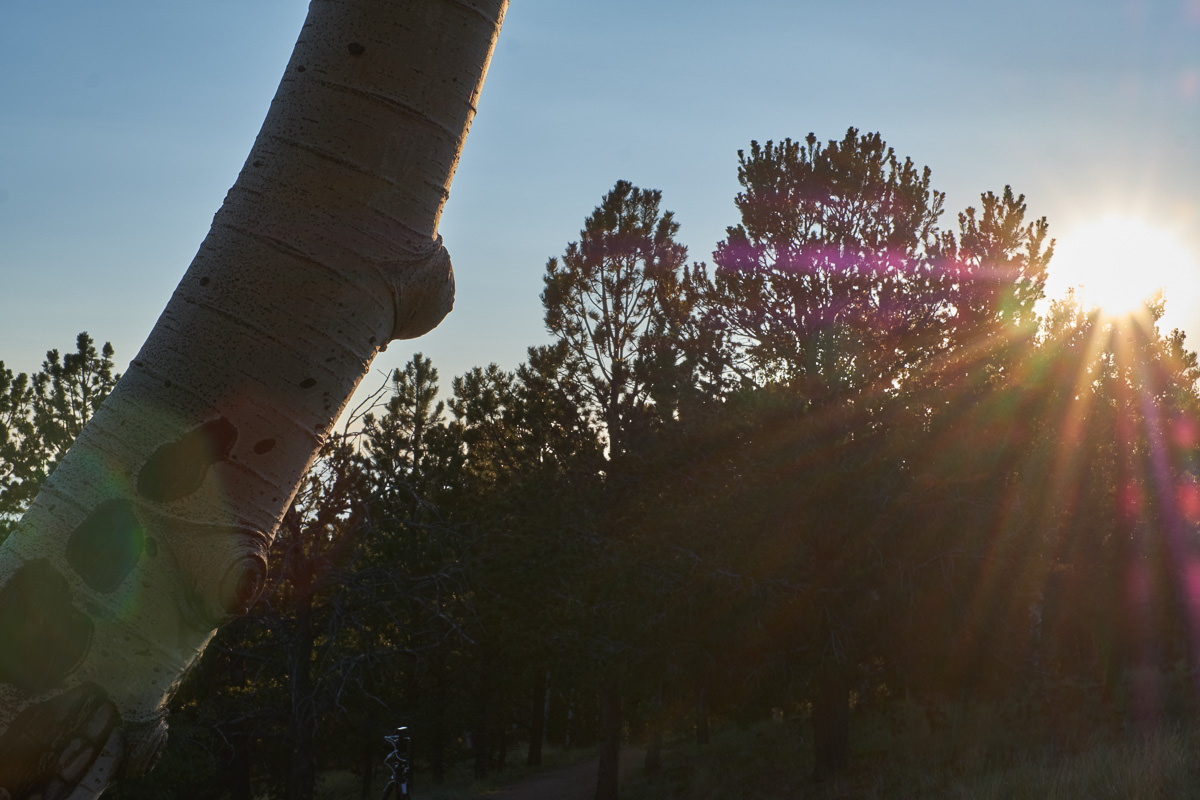 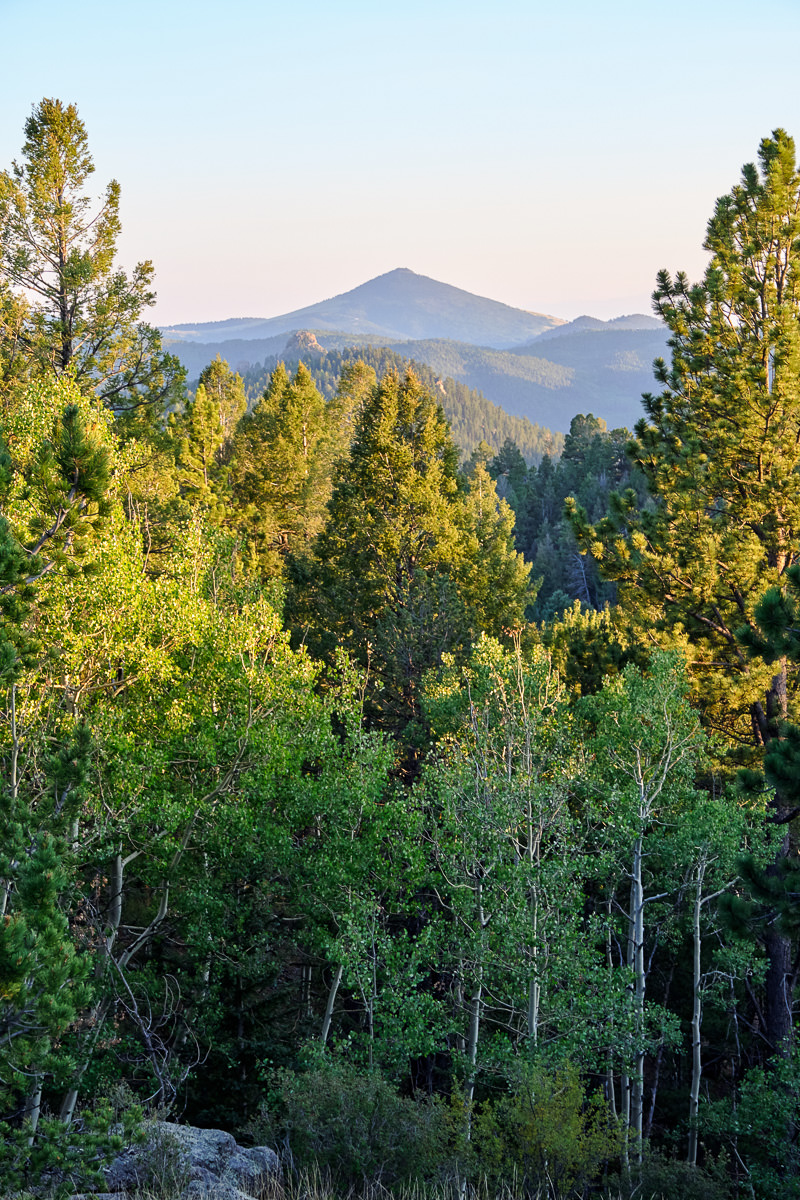 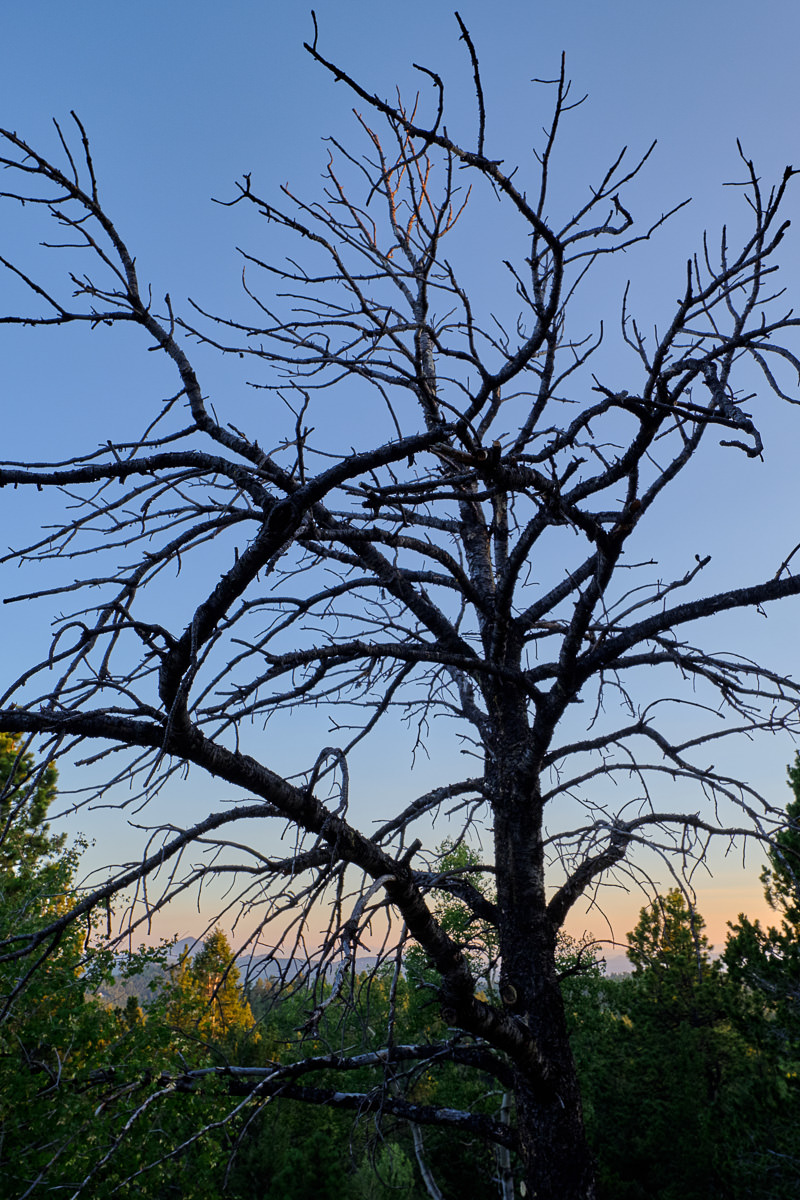 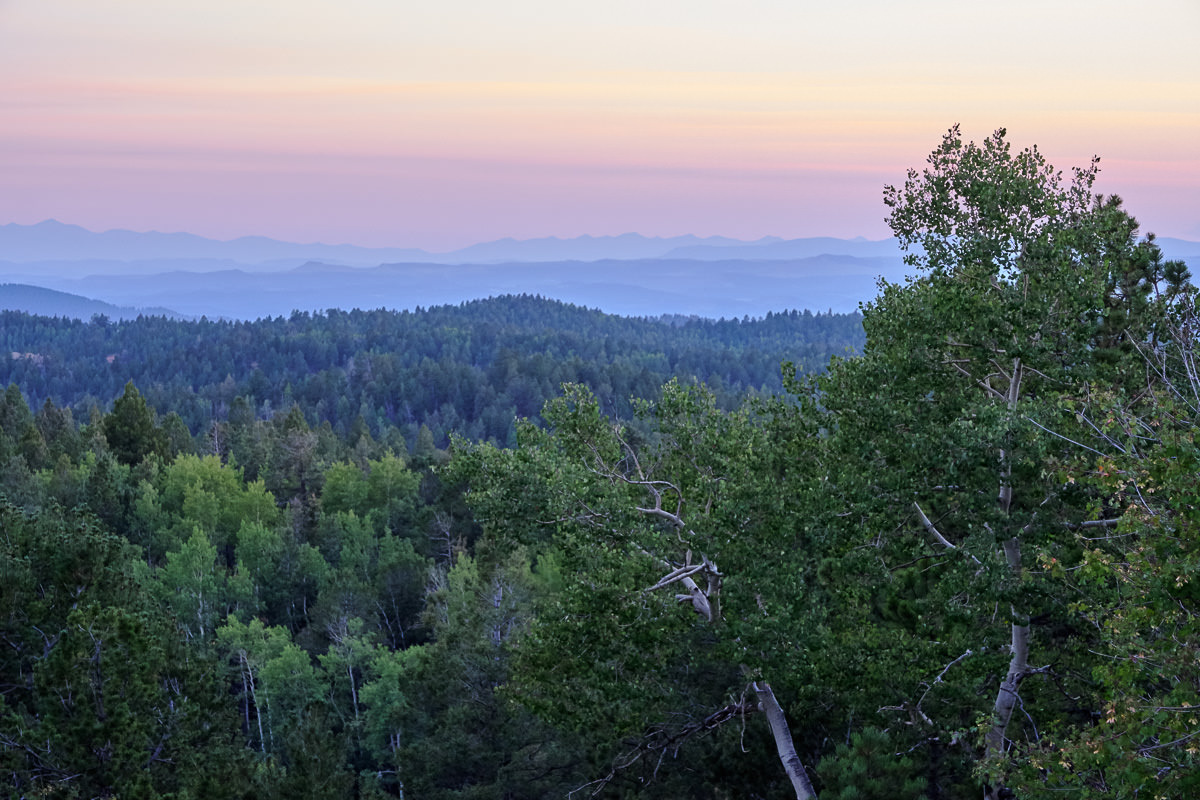 It started getting dark, and we could spot the MW pretty early on: 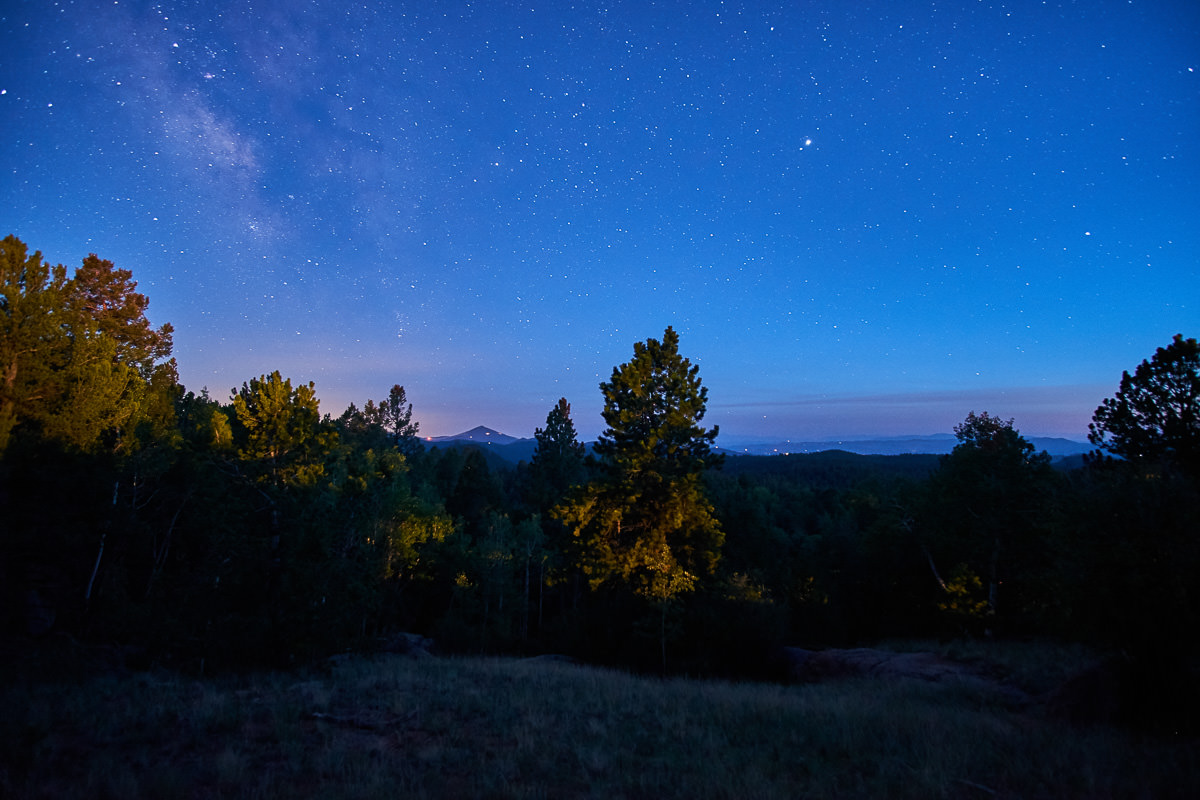 With so many non-photographers around, we had to contend with a few headlights, a lot of tail/brake lights, and a few green lasers from the guys in the club pointing out things in the sky to their guests. But it was an amazing night for taking photos, watching meteors, and just being outdoors. I was grinning ear-to-ear for most of the five hours I was out there. 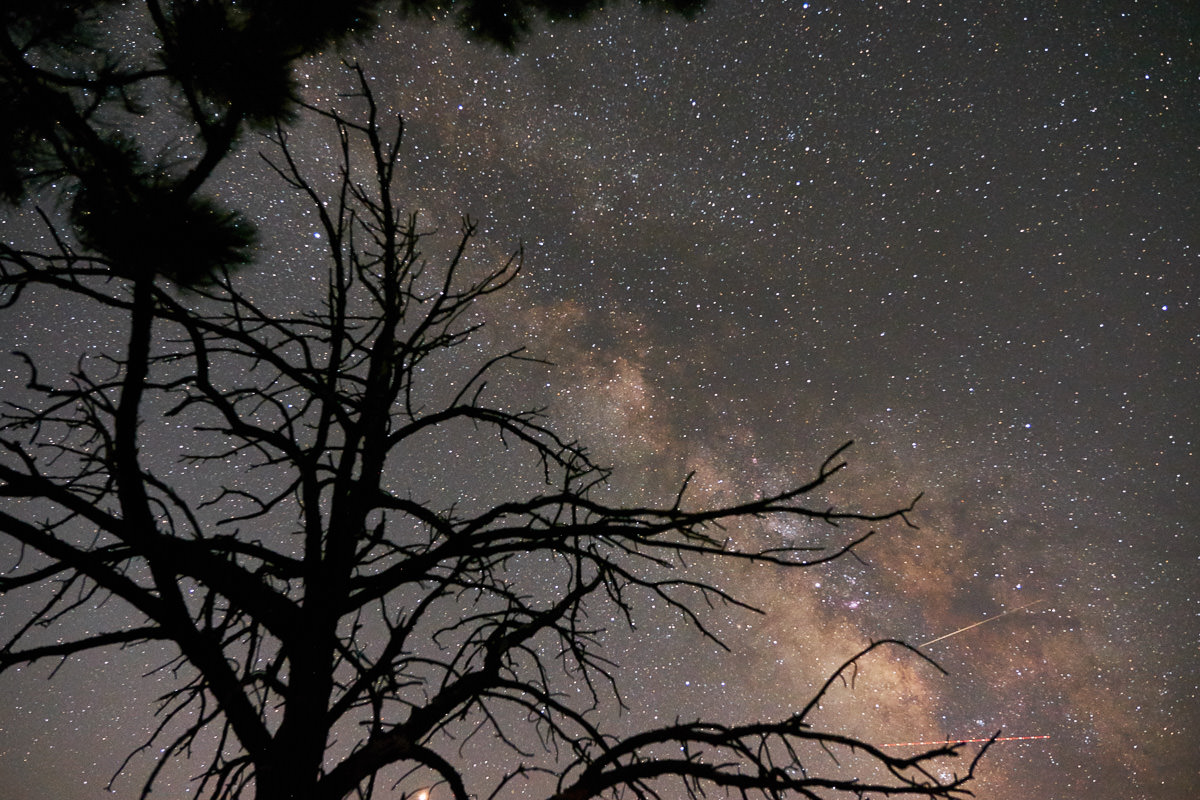 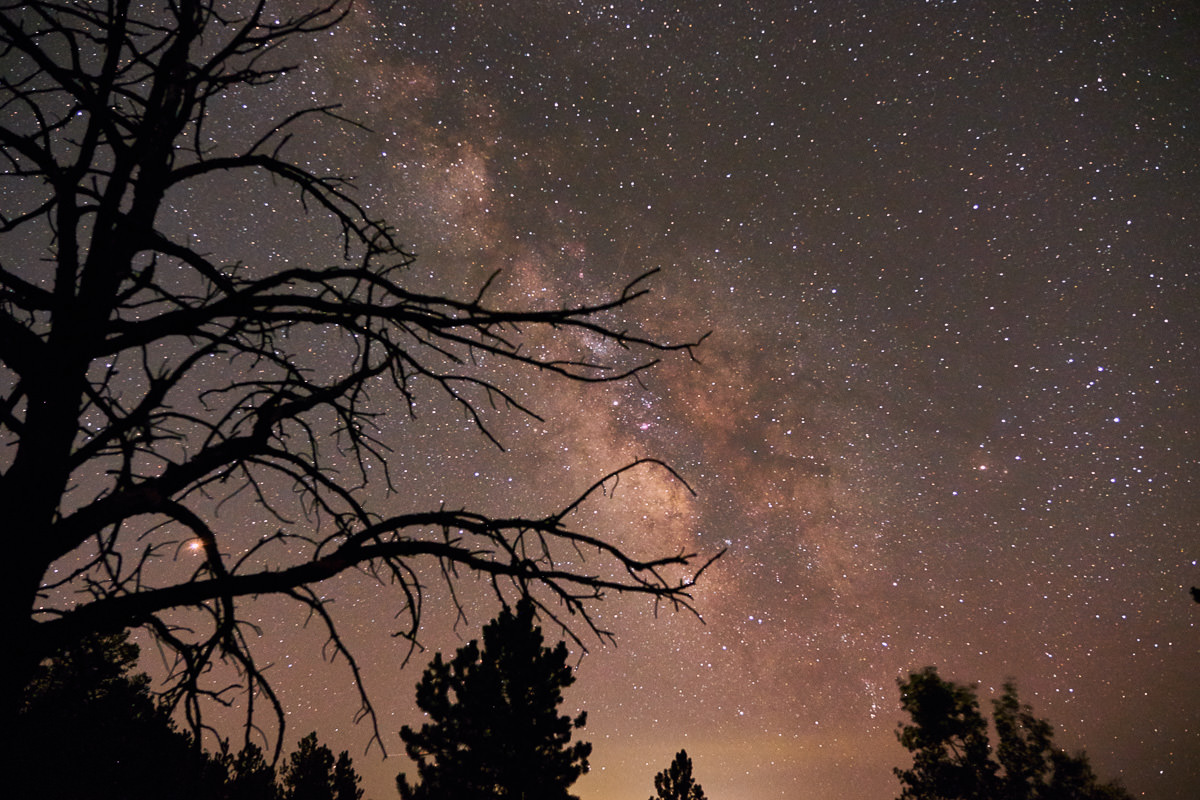 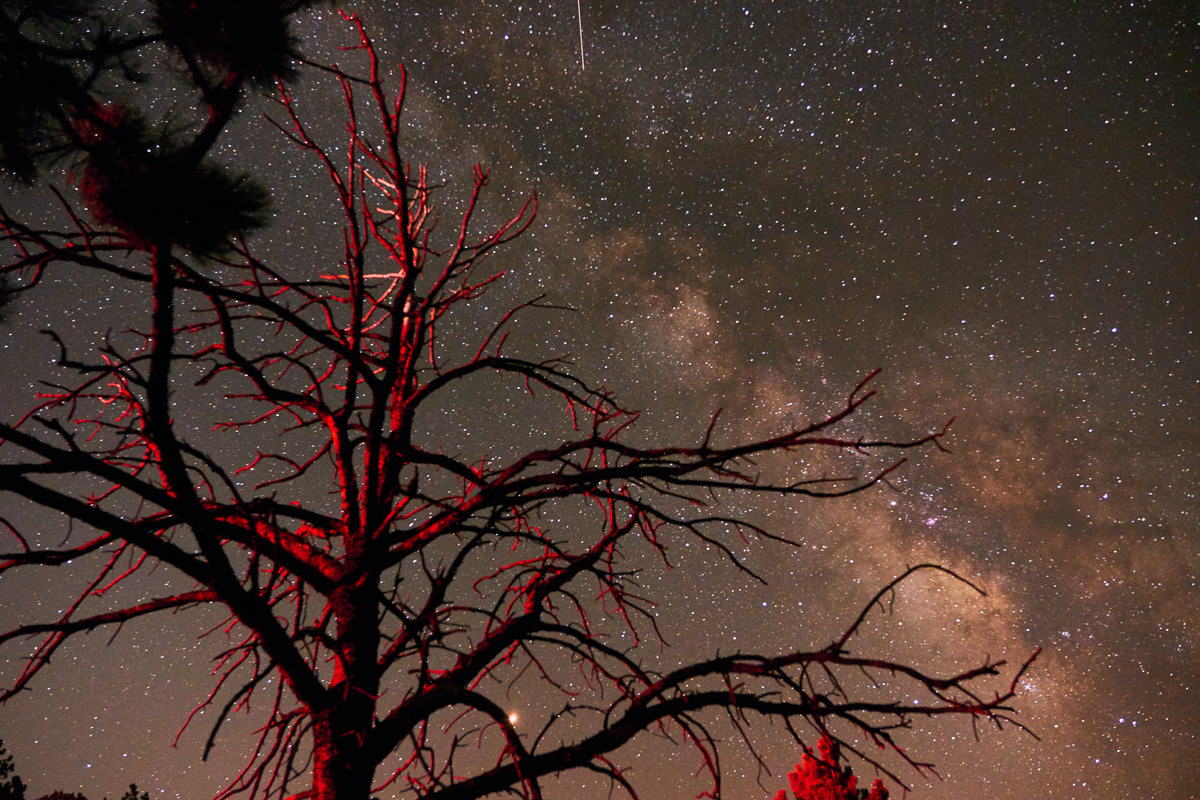 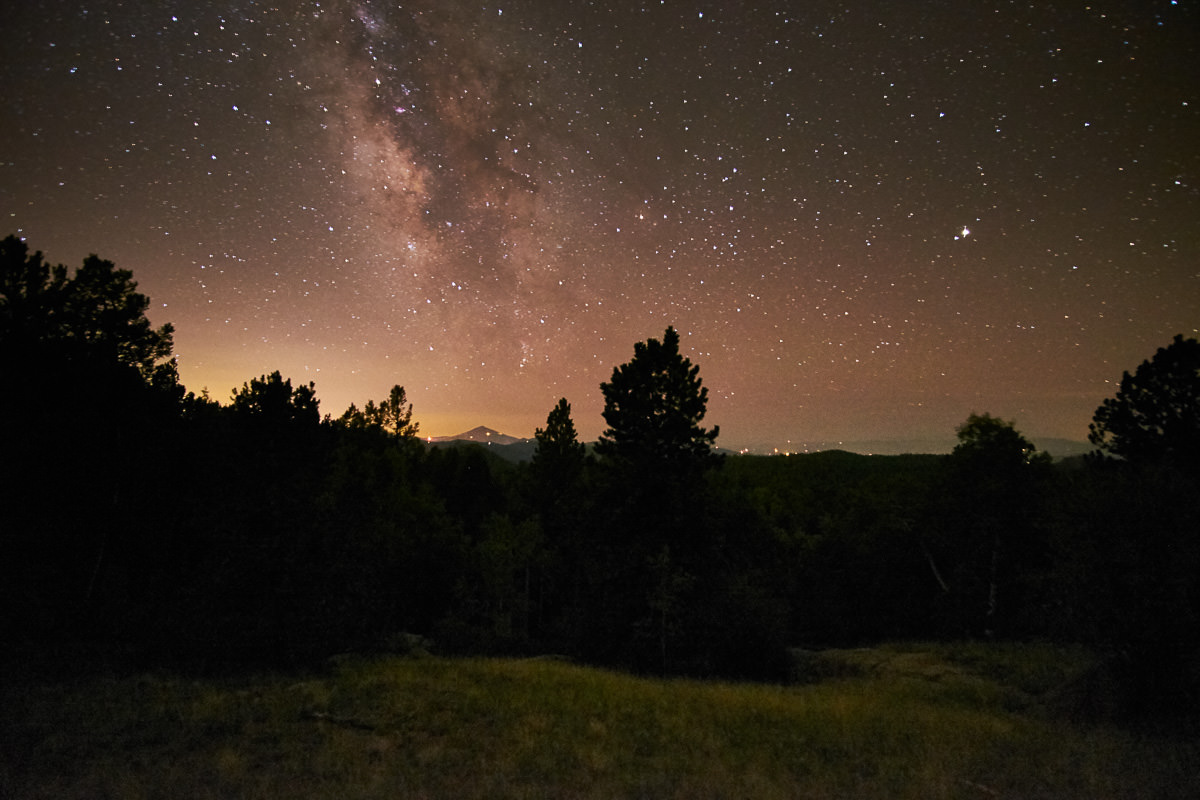 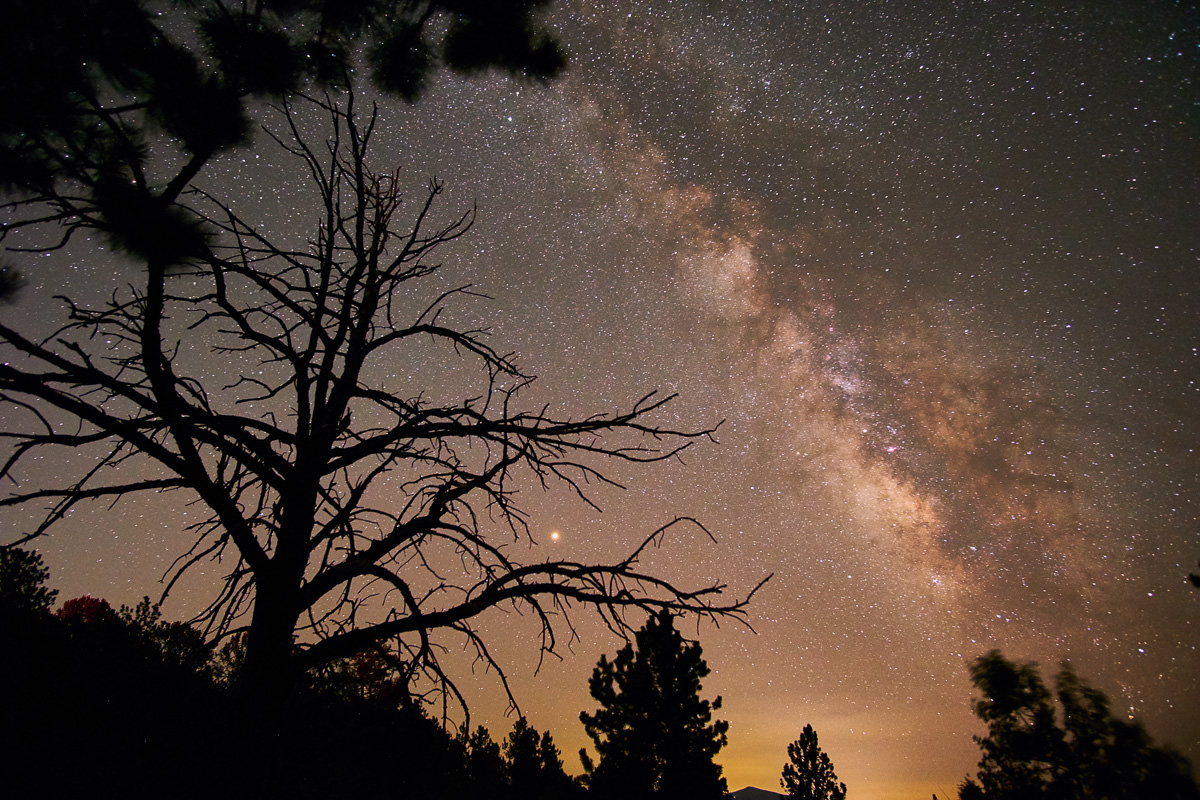 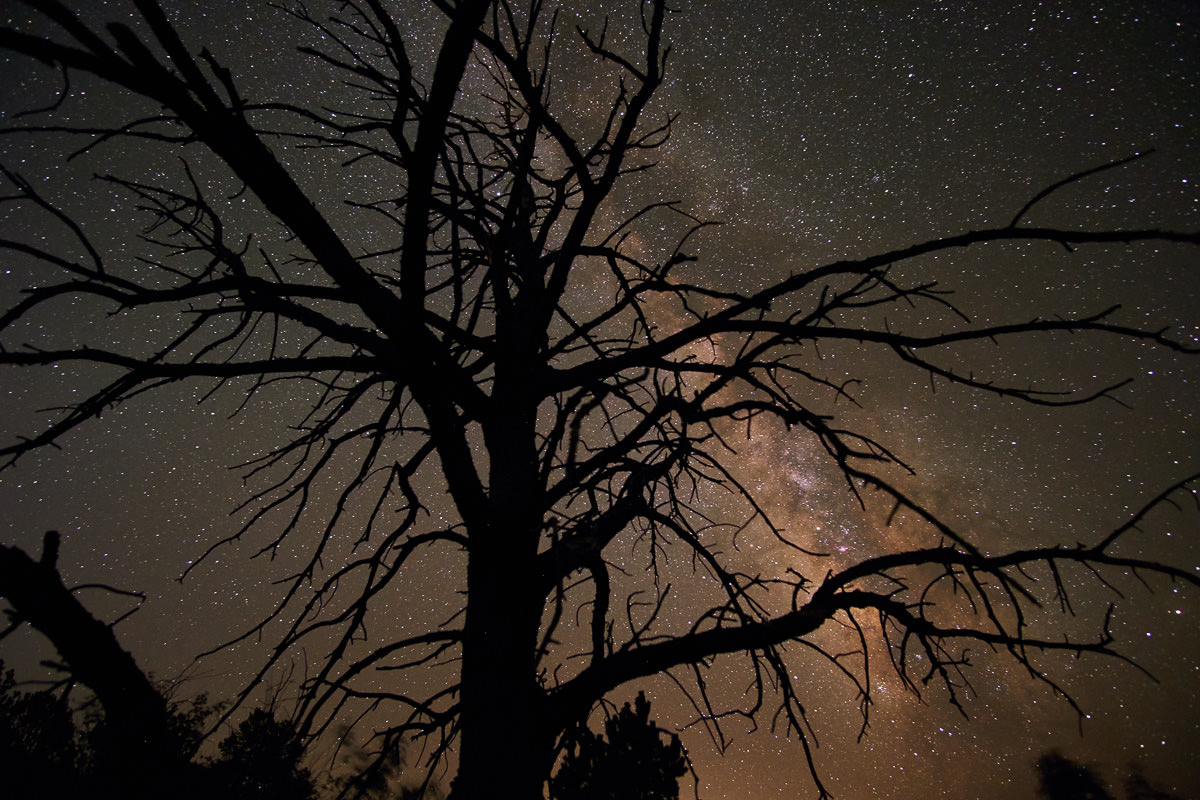 The time-lapse went out off mostly without a hitch this time, so, for once, I’ve got a no-cut video!