Two weeks ago, I moved to Greenville, South Carolina. I have been looking to move south for many years, as the gray skies of West Michigan tend to wear on me, and I wanted to move to a place with more sunshine: 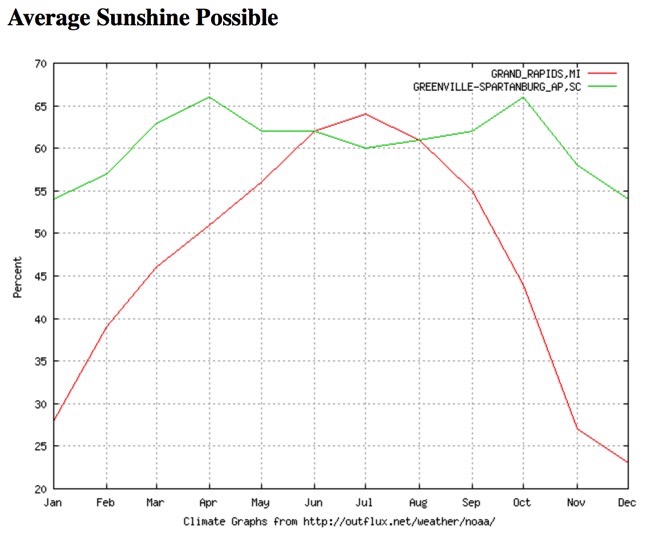 These are kind of the same, right?

My initial thought several years back was to go coastal: Beaufort, Savannah, Mt Pleasant, Carteret County, Wilmington. Rachel and Aly said they wanted to live somewhere that had all four seasons, though, so I started to look further inland. I’ve always loved mountains, so western North Carolina and upstate South Carolina got some attention.  Greenville, SC popped up on all kinds of “Best Places” lists, and I joined a City-Data forum about the Greenville MSA and liked what I read/saw.

In the fall of 2009, I was in the market for a new car, and found a great deal on a used Explorer in Atlanta, so I bought it and then flew down. The dealer picked me up at the airport and took me back to the dealership where we completed the transaction. I then detoured to Greenville, where I spent the night and explored the town. I was smitten.

I continued to look for opportunities to move south, with varying degrees of effort. With some non-positive changes happening at work this past January, I ramped up my job search, both locally and in locations outside West Michigan.  In February, an Indeed alert popped up with a Marketing Director role in Greenville with a company called Website Pipeline. I applied and moved on, since most applications never lead to anything.

A few days later, I got an email asking if I could make some time that afternoon for a call with the CEO to discuss the job. Somehow I found time (lol) for the call, and we had a great discussion about the company, the role, and my experience. That was followed up a few days later by a phone interview with several key members of their team, and then I flew down in mid-April for “date night” and several in-office interviews. I accepted an offer in May to become the Director of Digital Marketing. 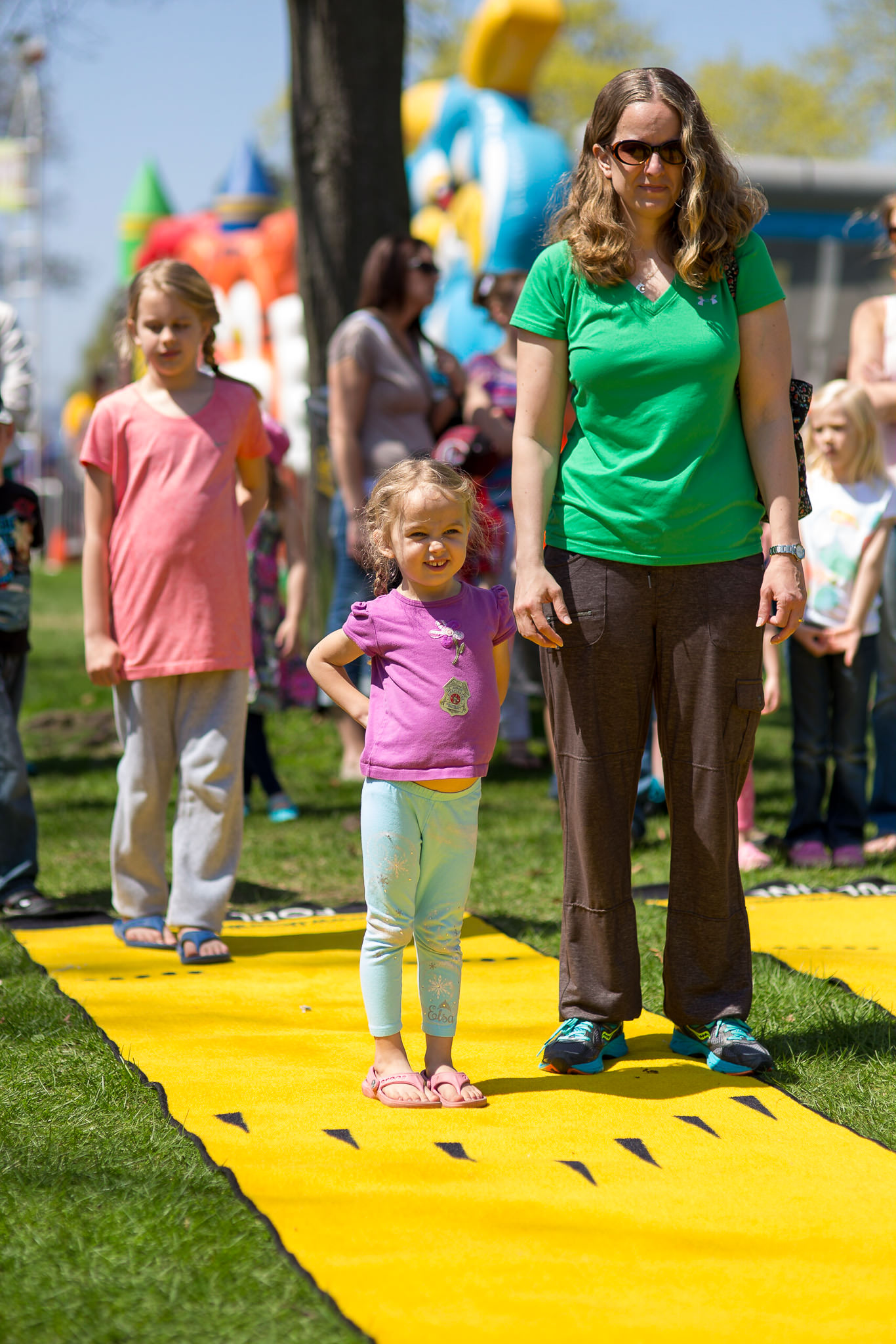 The girls are at home in Michigan, enjoying the summer, to join me down here at some yet-to-be-determined point. I’ll be working remote from Michigan every so often, and the girls will be spending time down here as well.

Back to the moving

I loaded up a 6×12 Uhaul trailer and drove down to my new apartment in Taylors, SC. 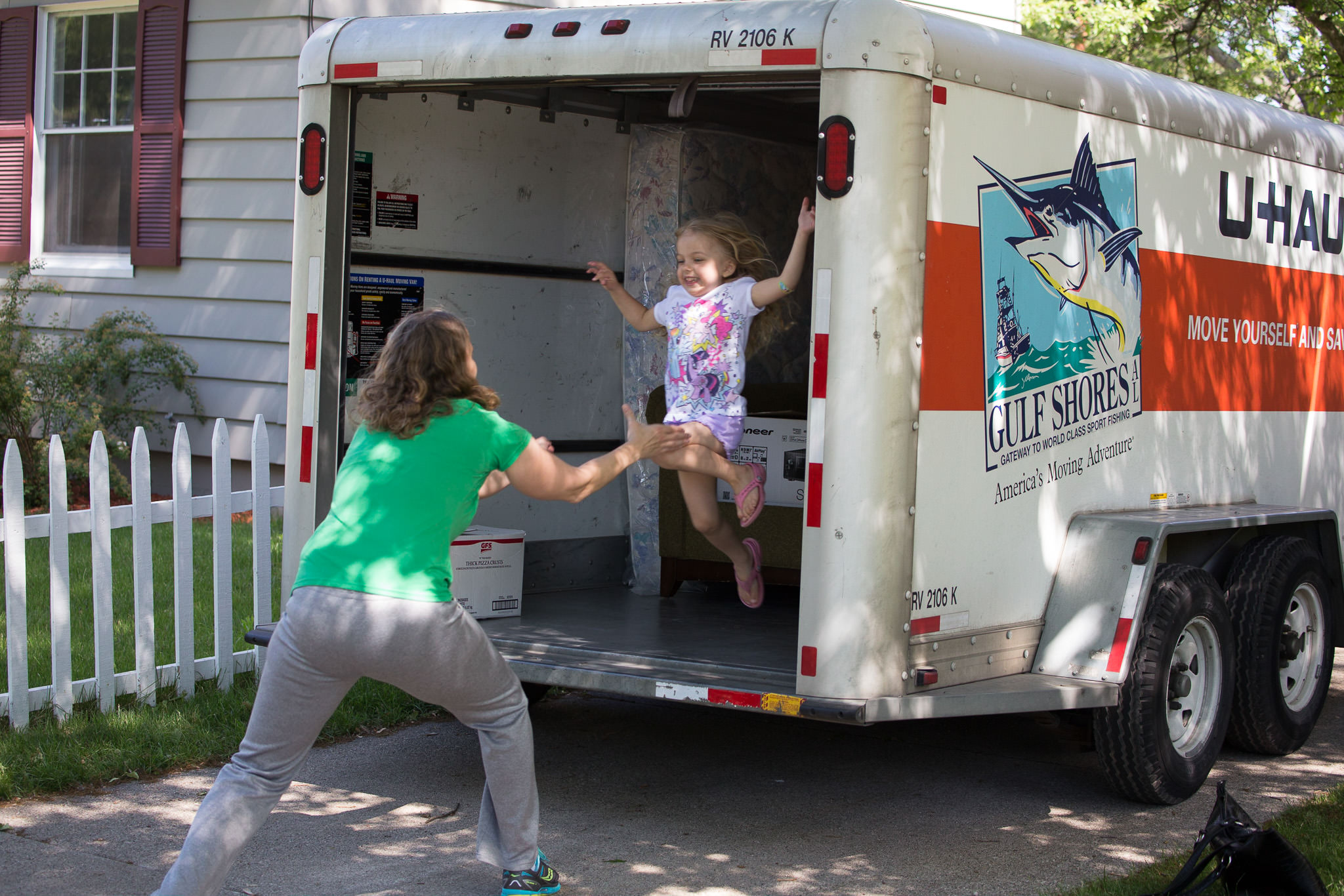 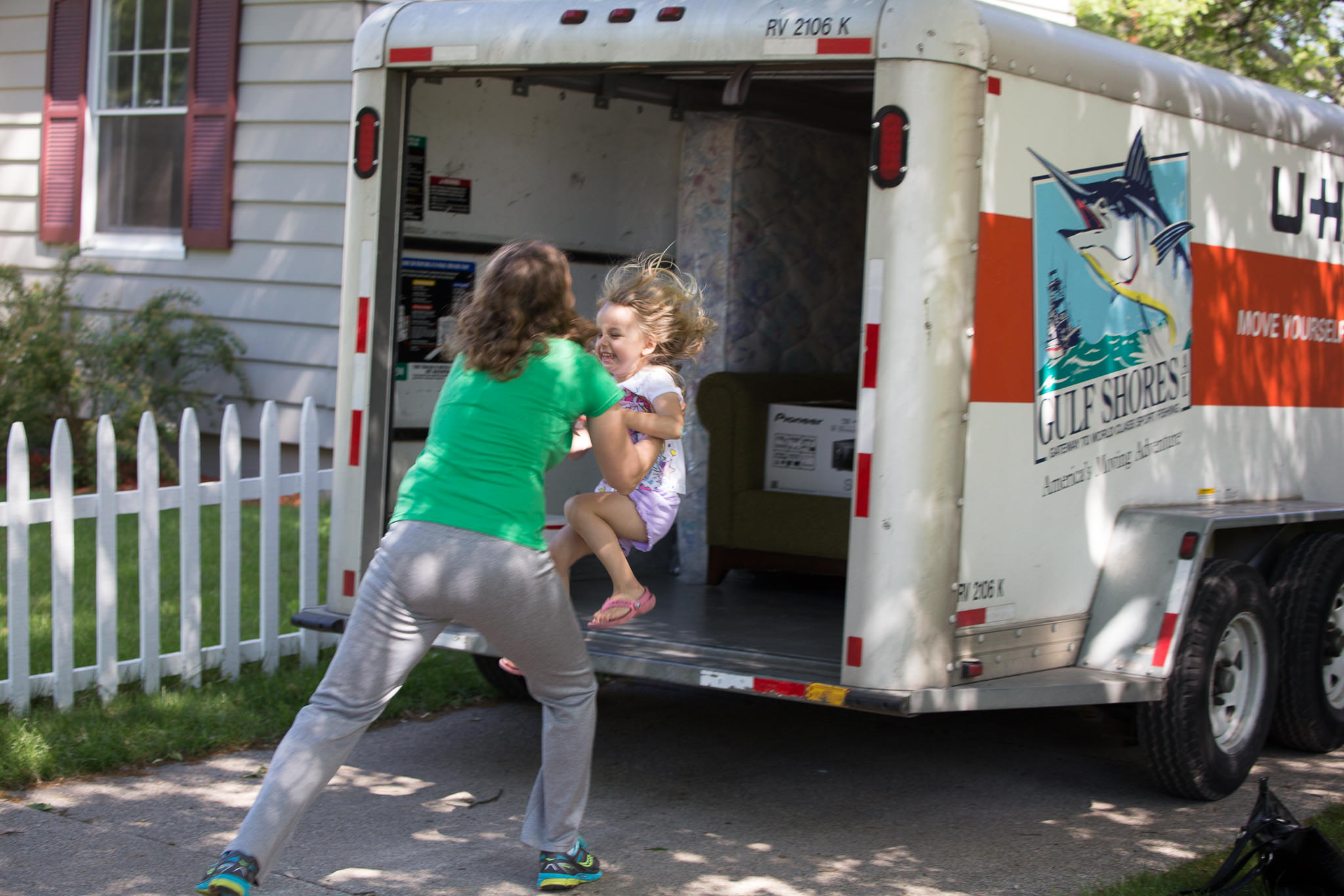 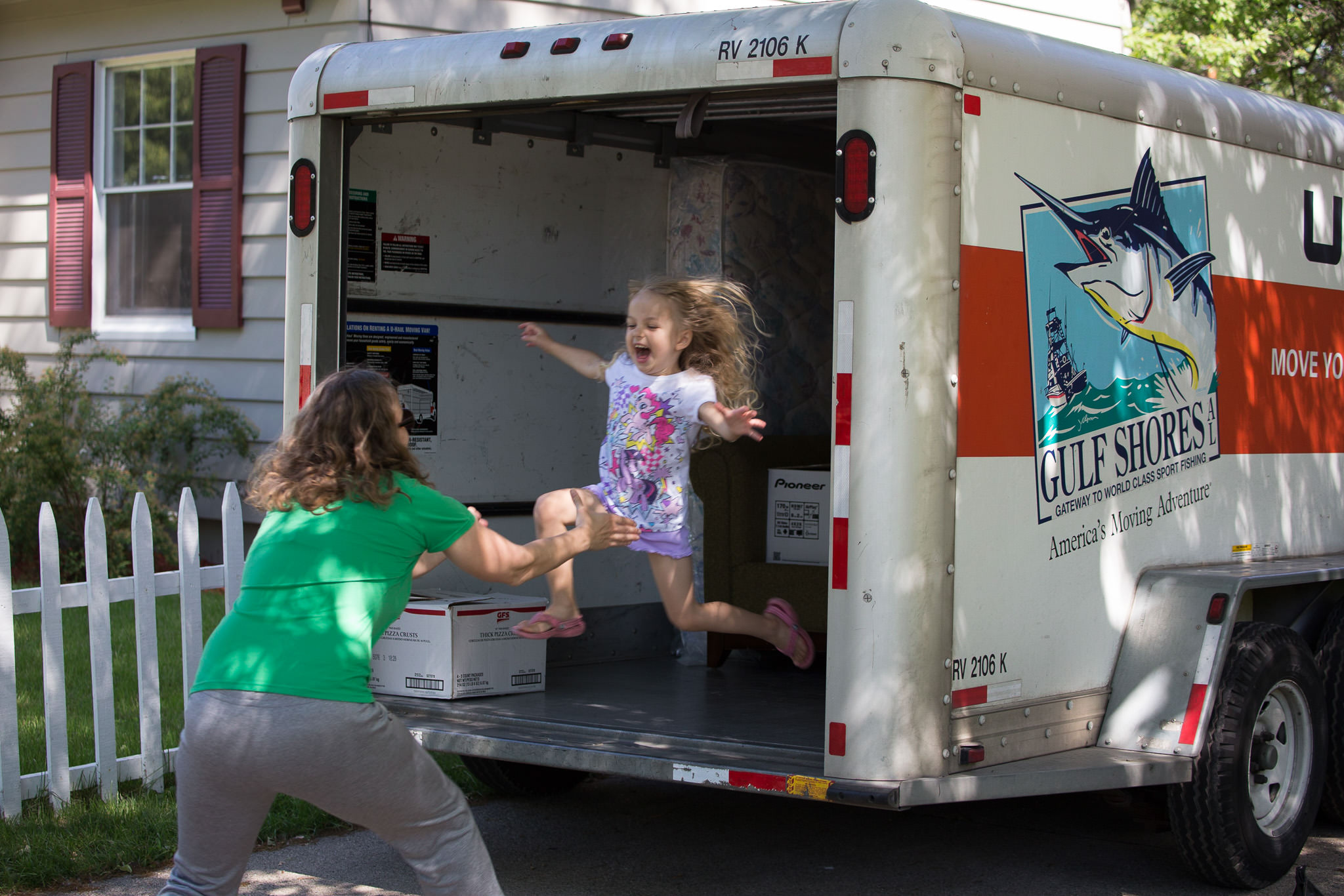 I had great weather for the drive, and made it to Asheville the first day, where I spent the night since I couldn’t get into my apartment until the next morning.

The plush football was a gift from Aly to help me “not be lonely.” 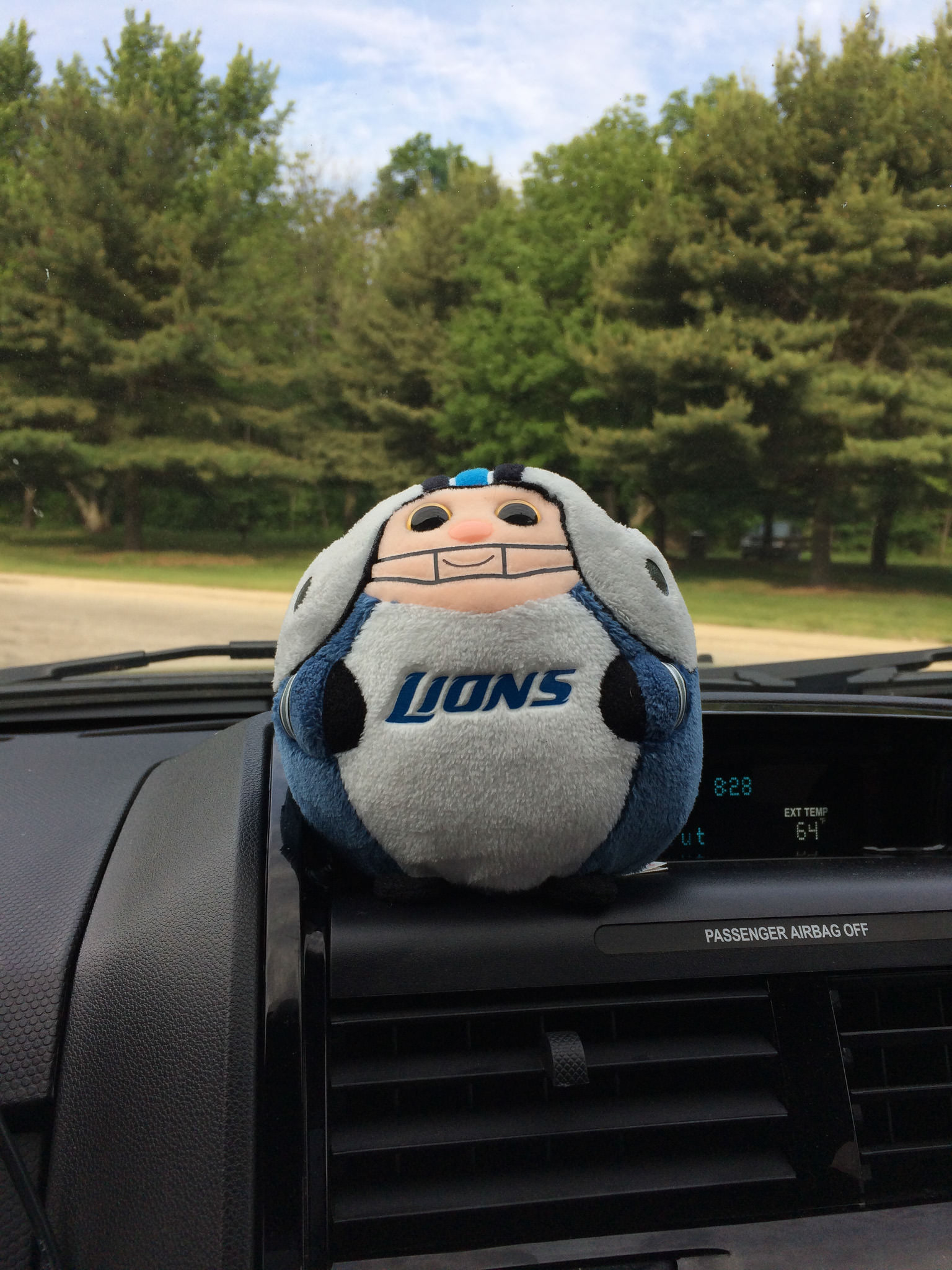 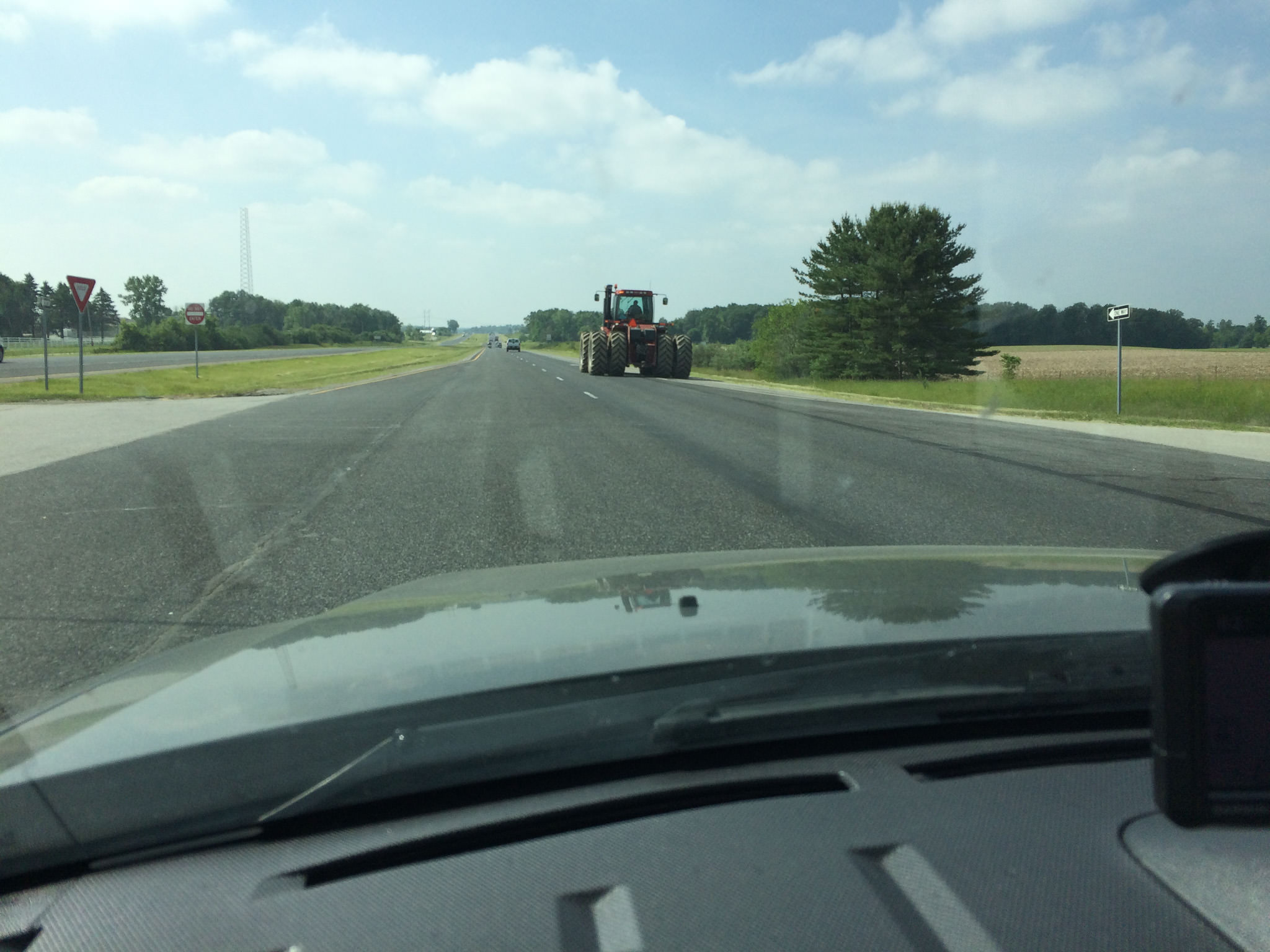 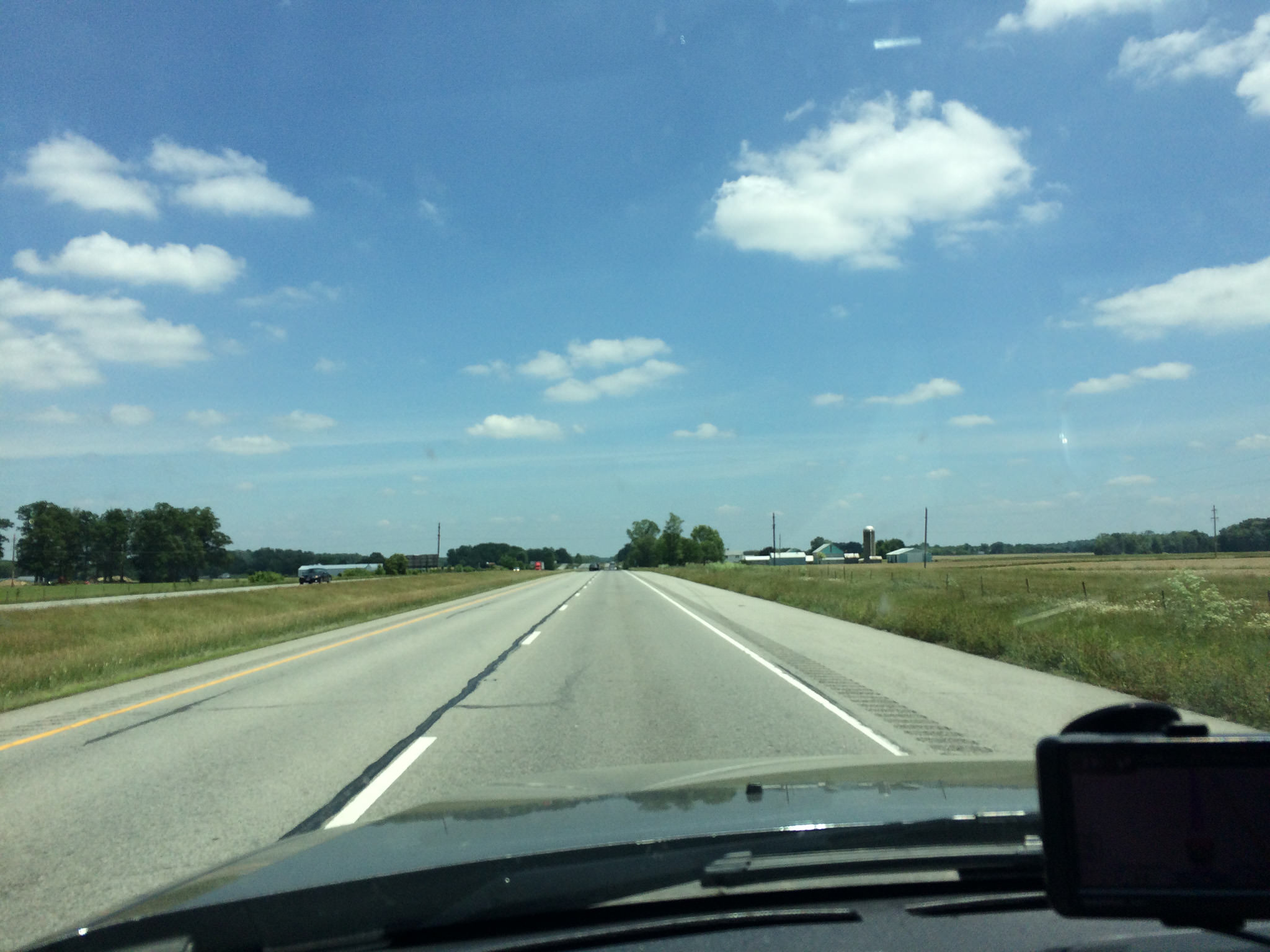 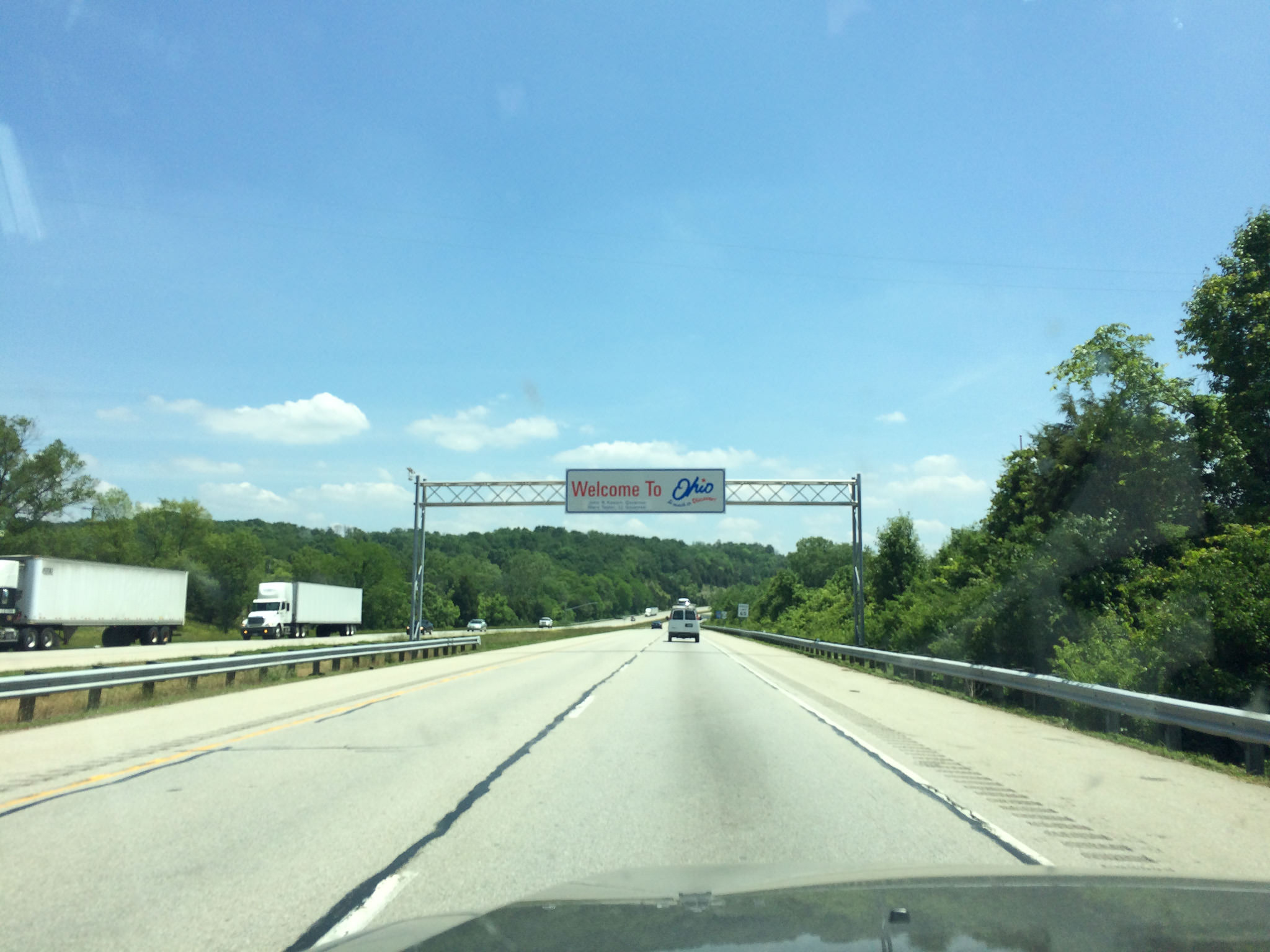 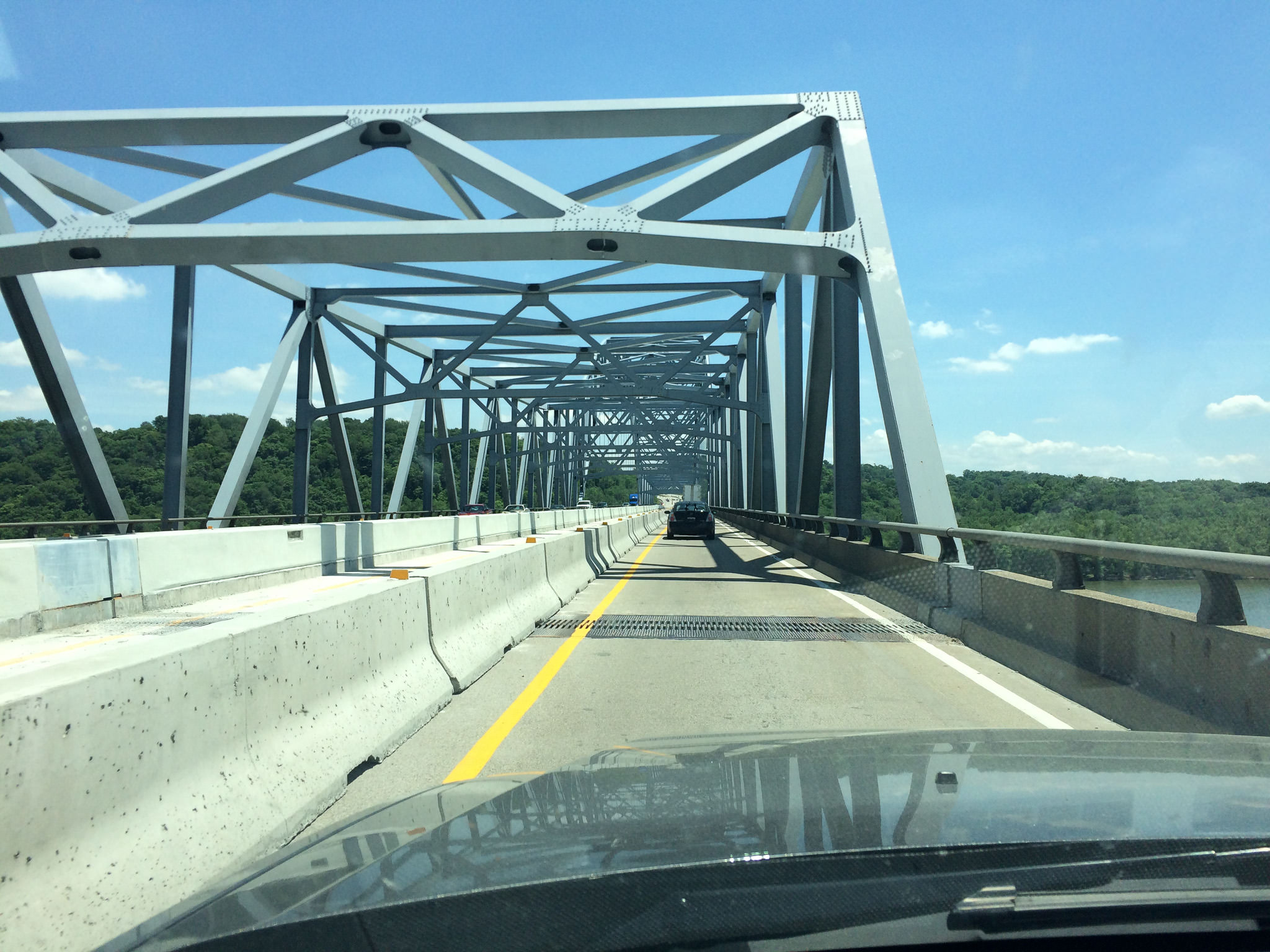 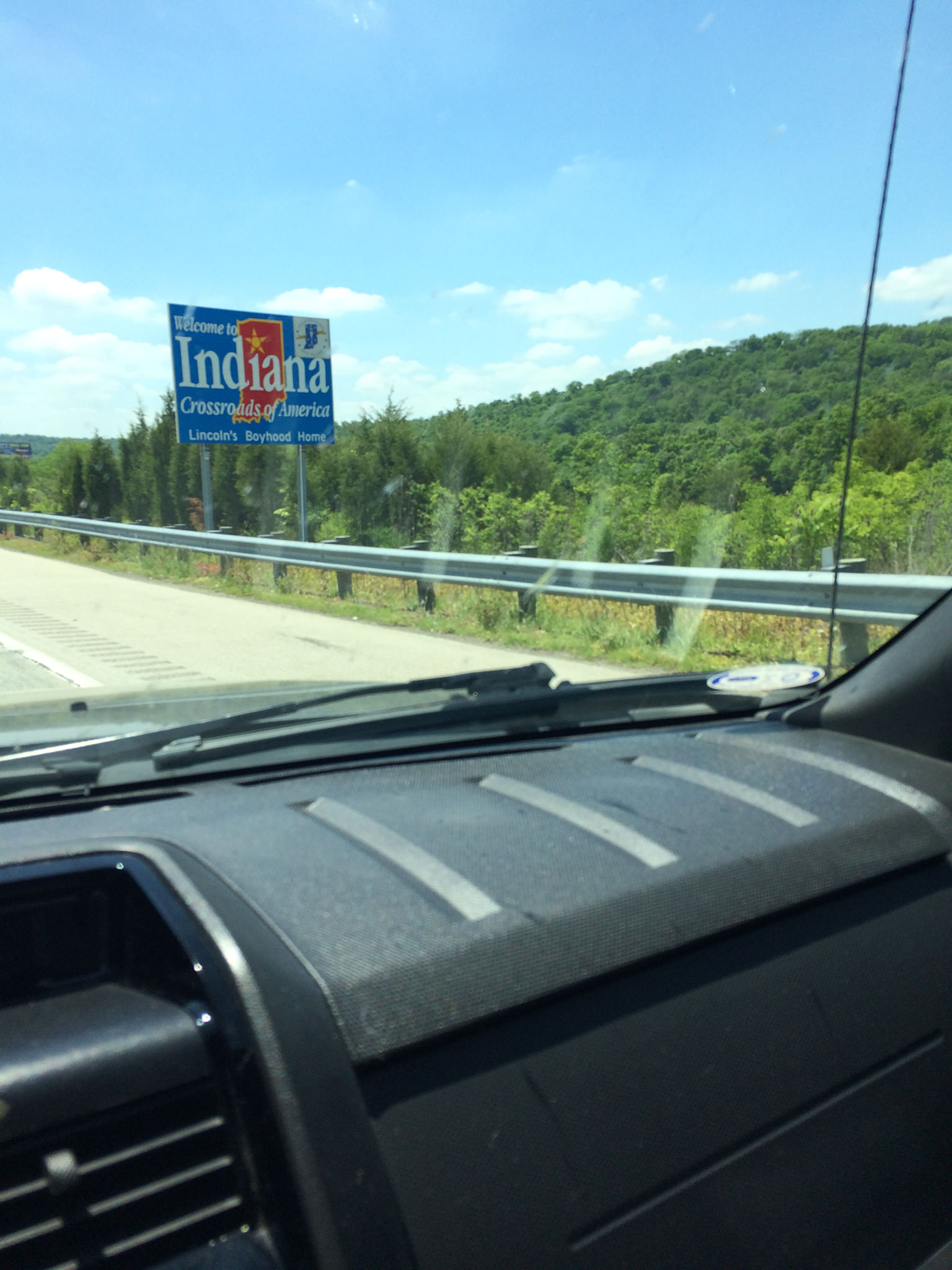 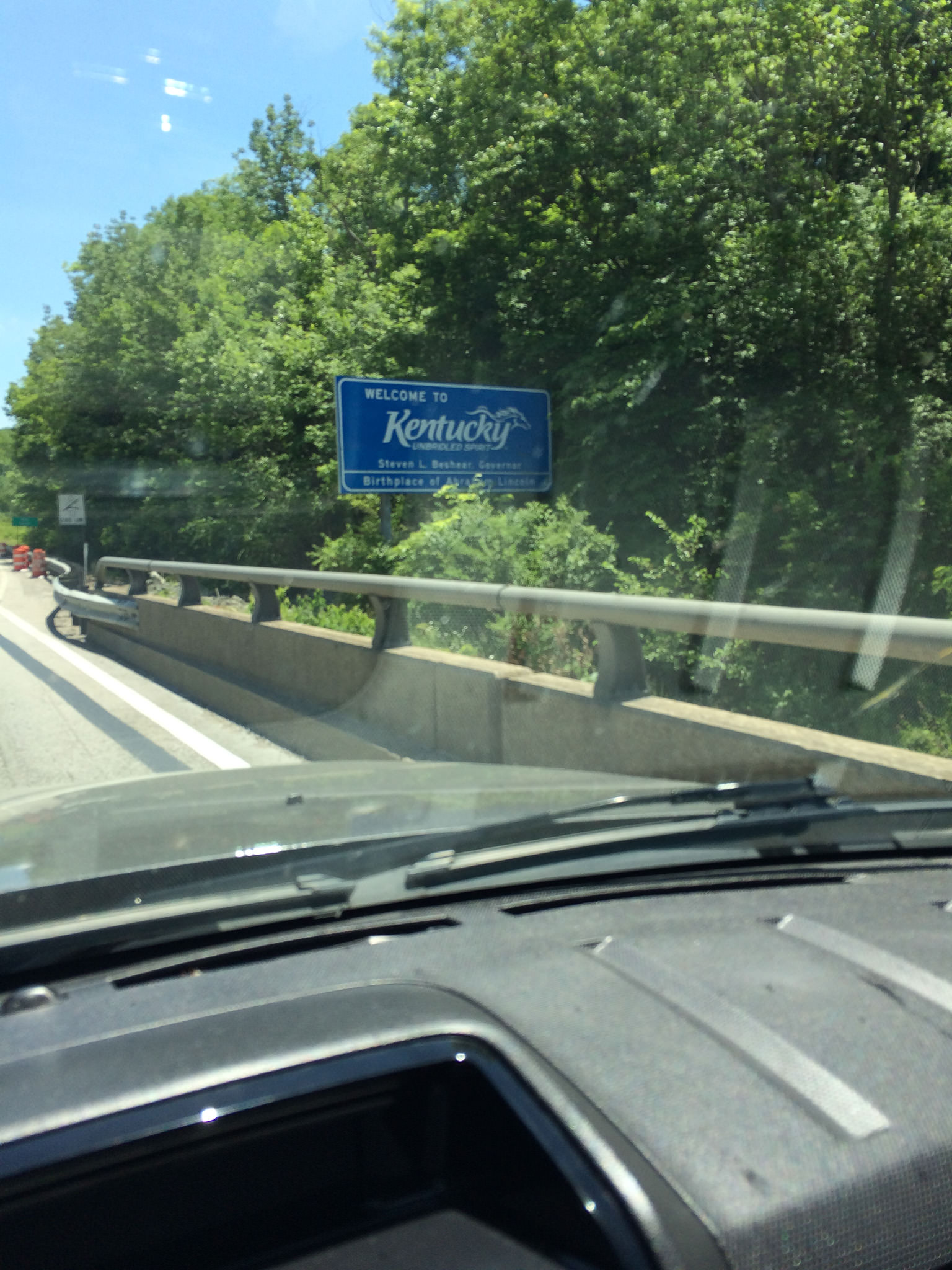 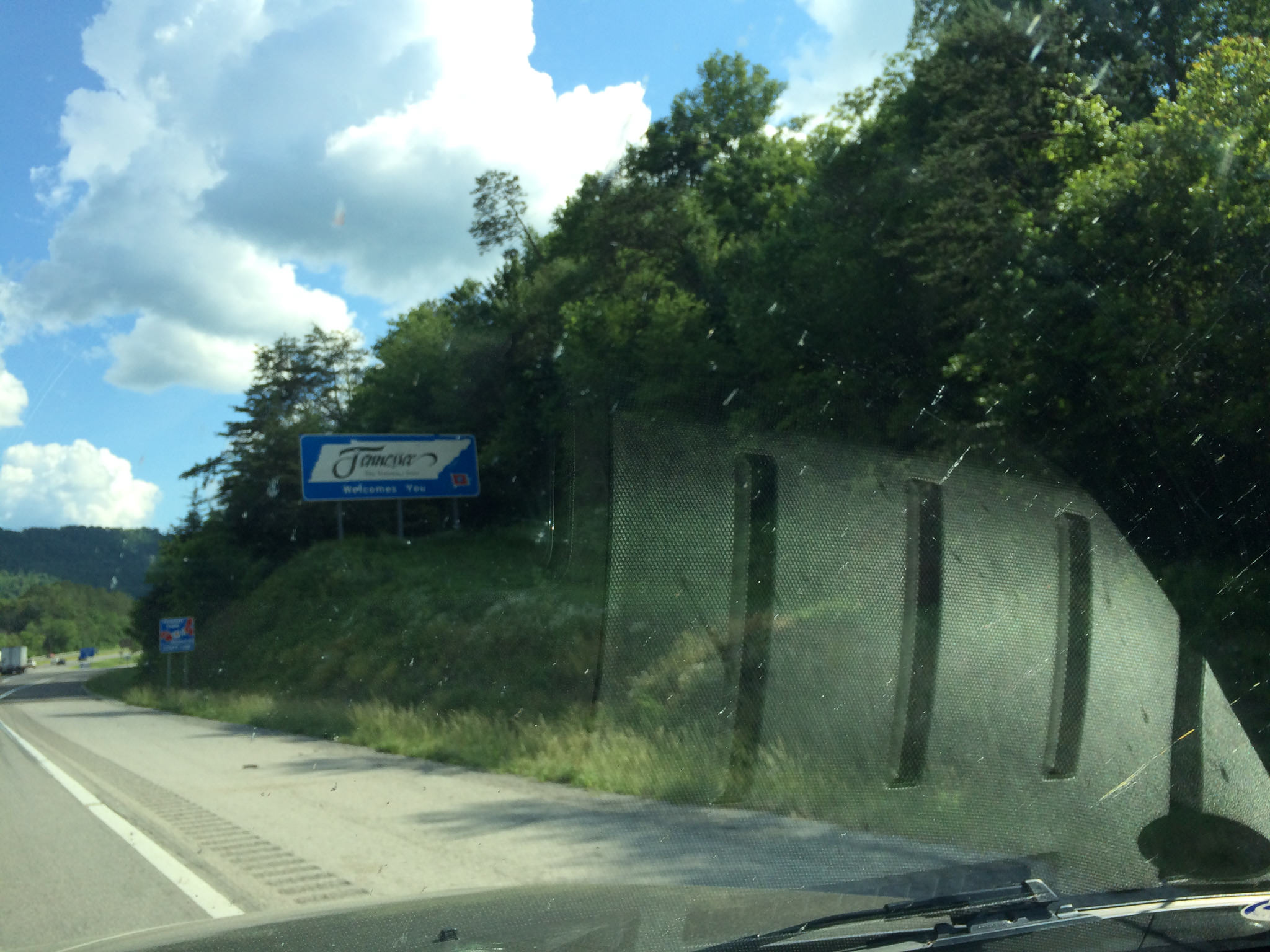 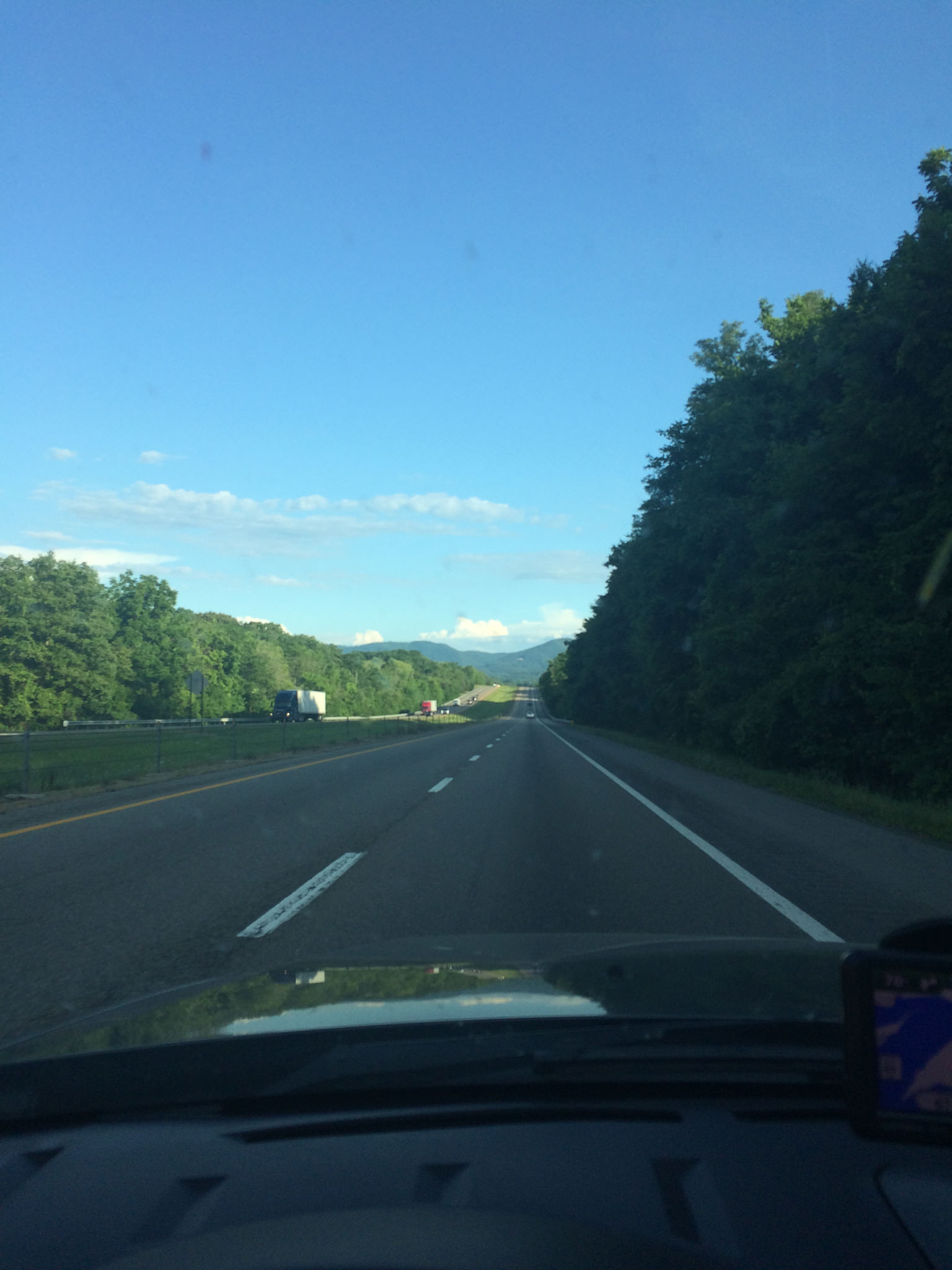 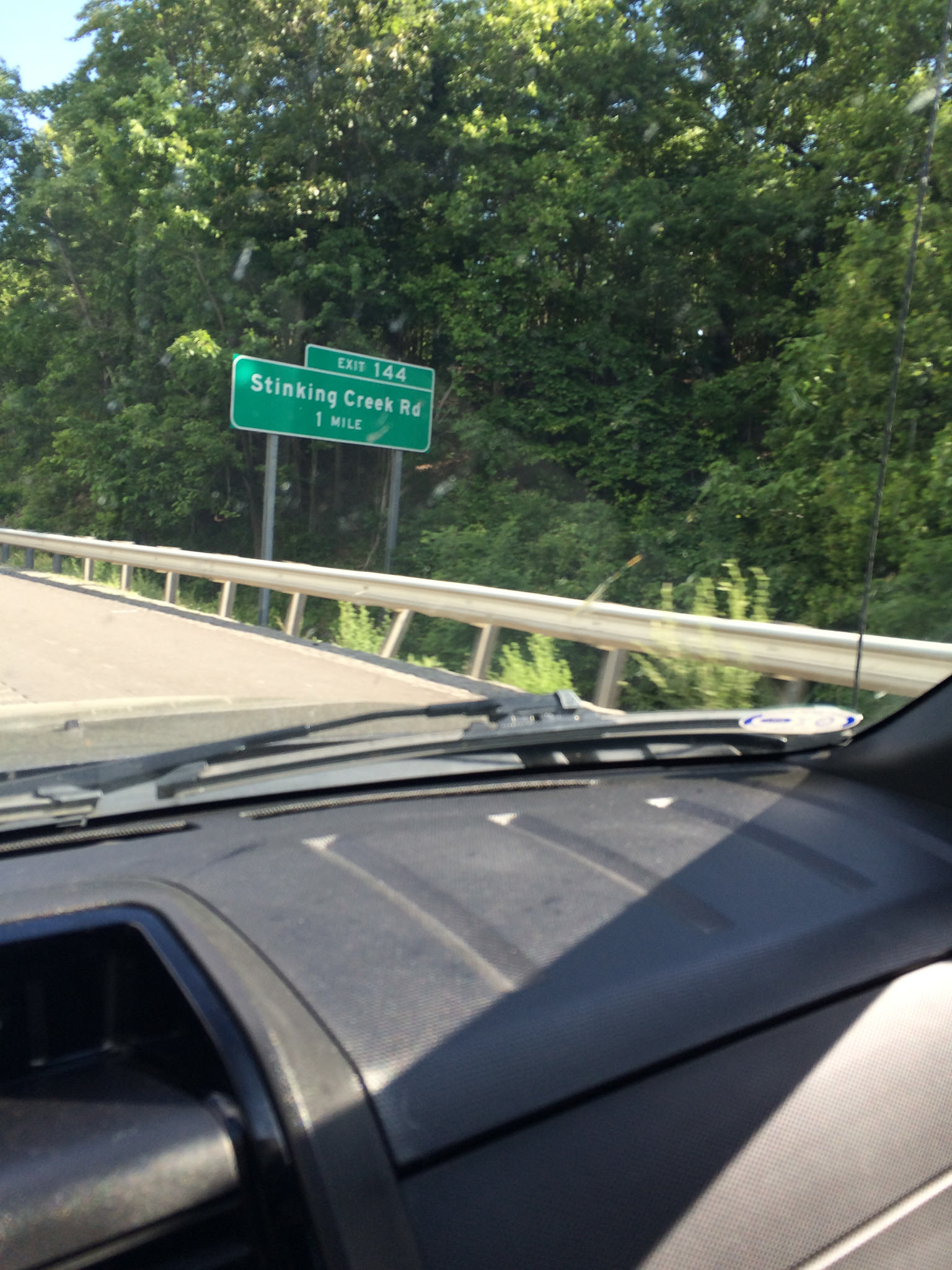 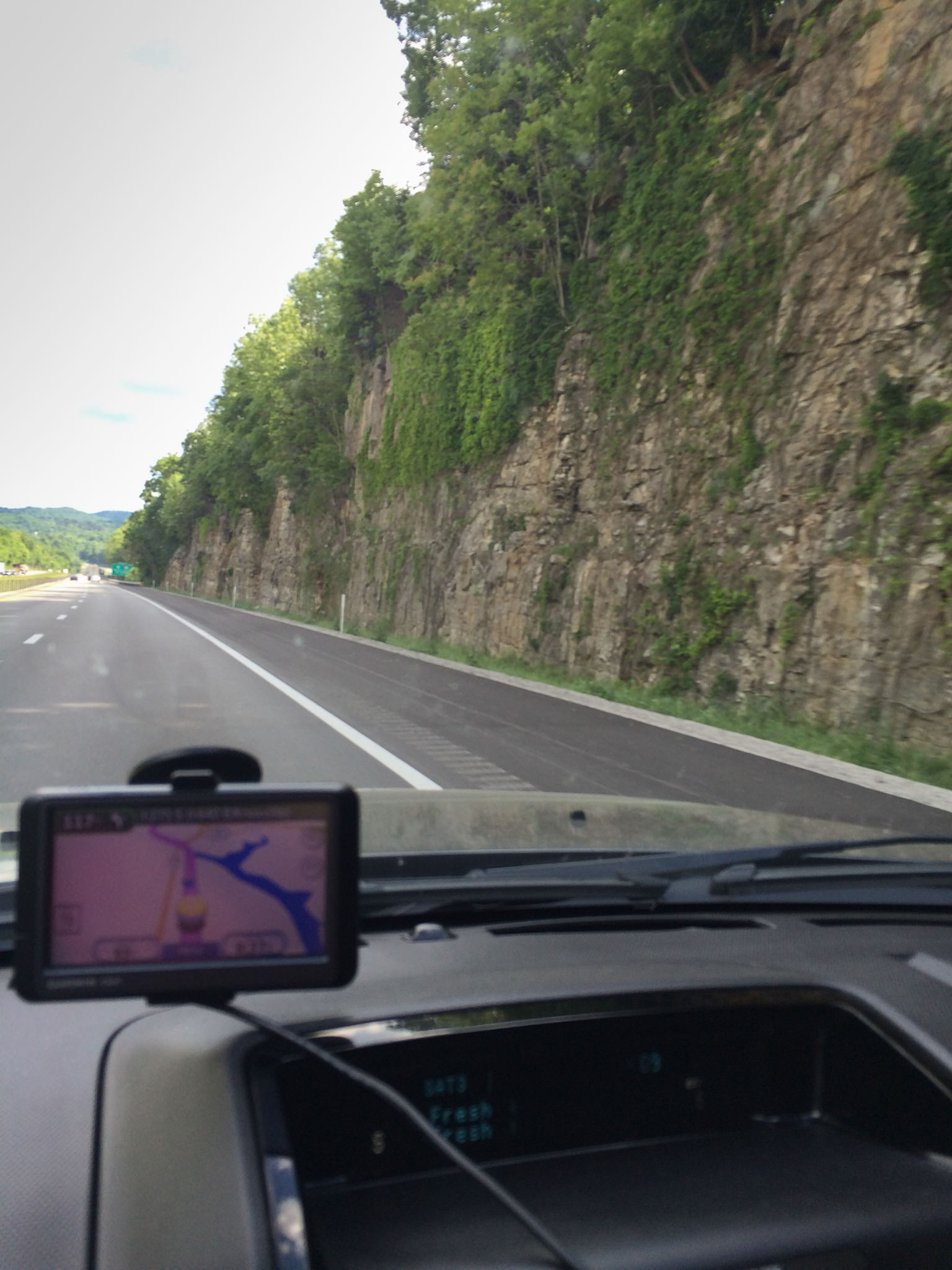 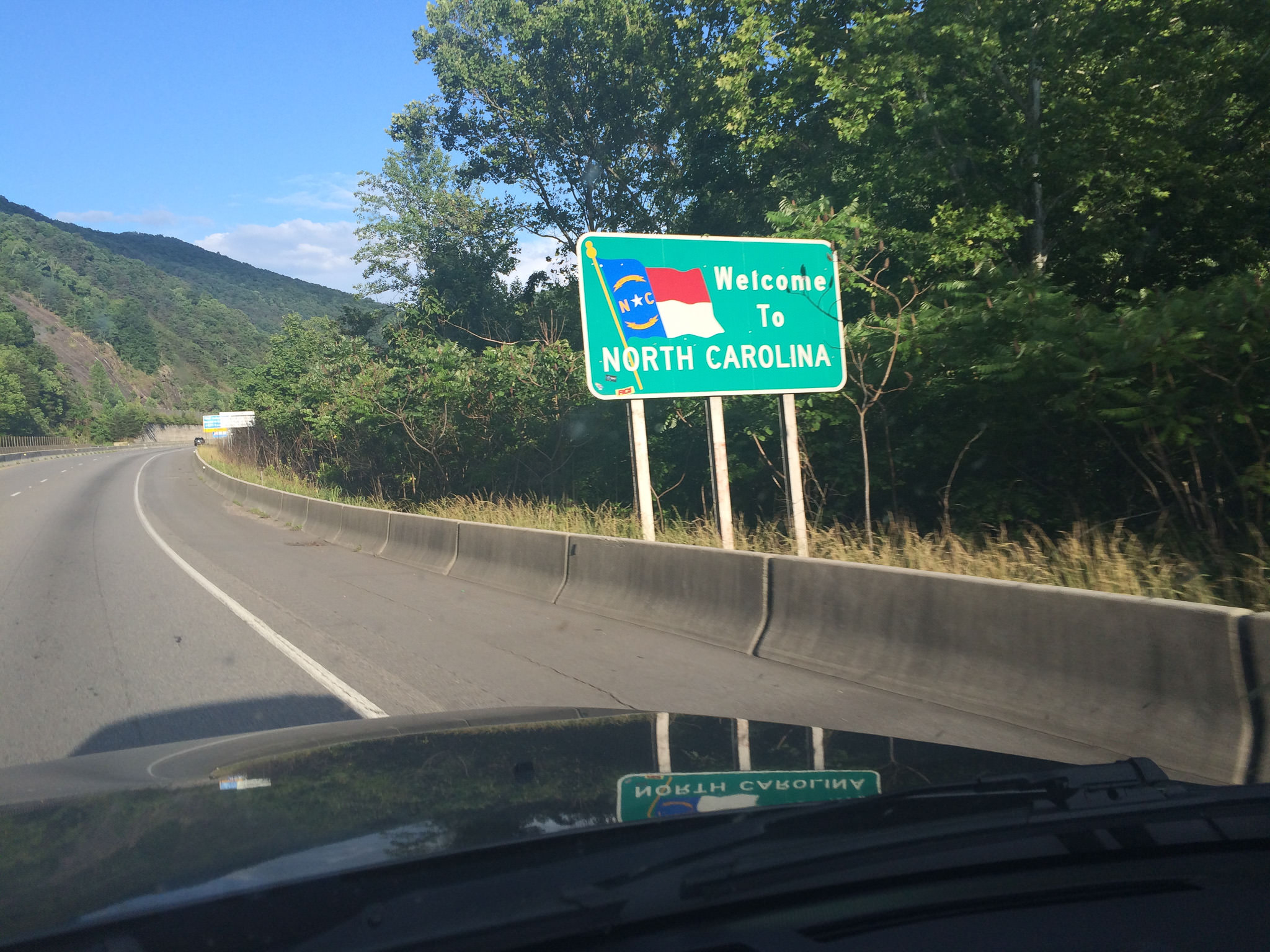 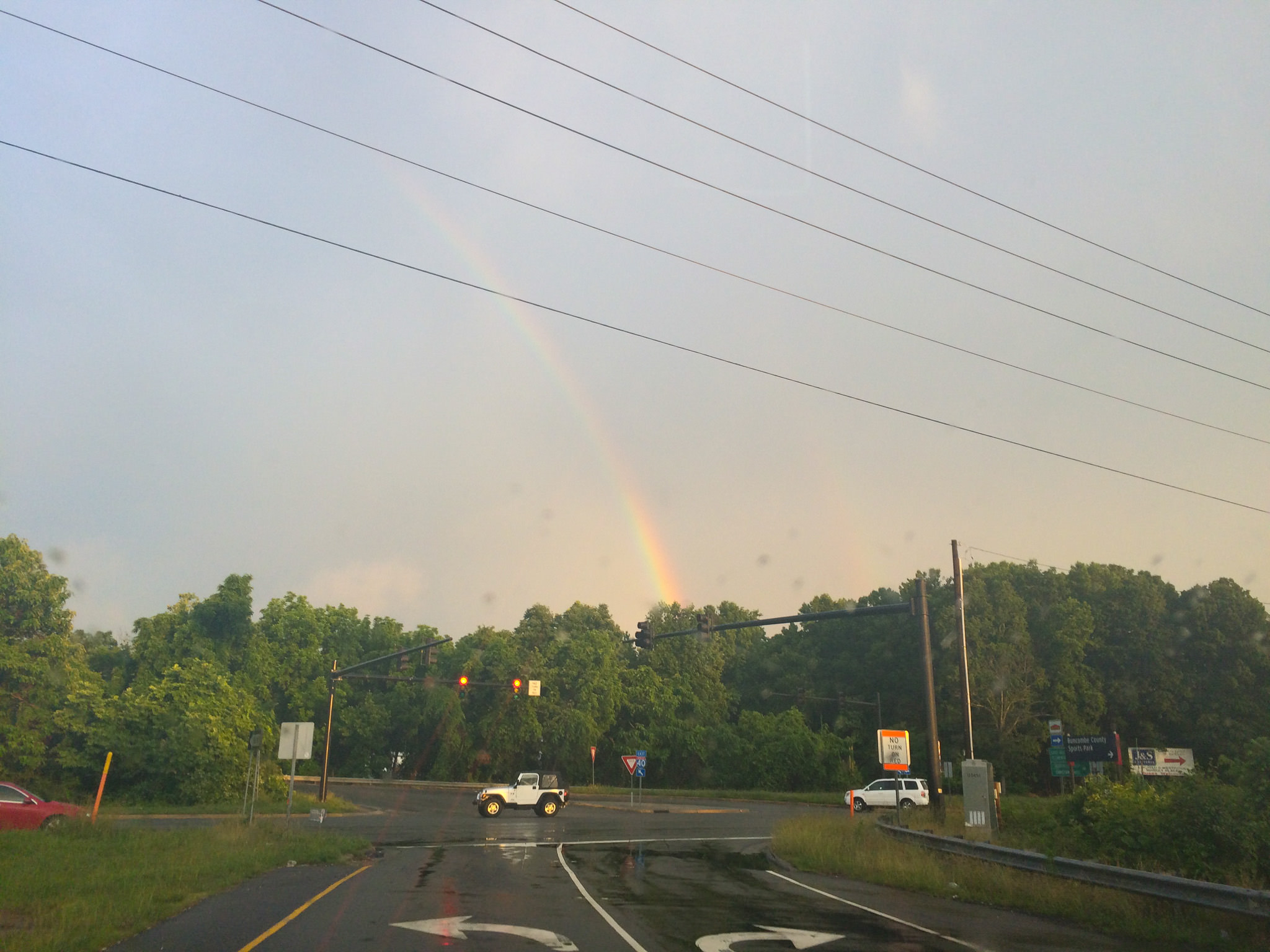 That rainbow greeted me as I exited the highway in Asheville to stop for the night. After a good night’s sleep, I hit the road and was awed by the views driving down 25: 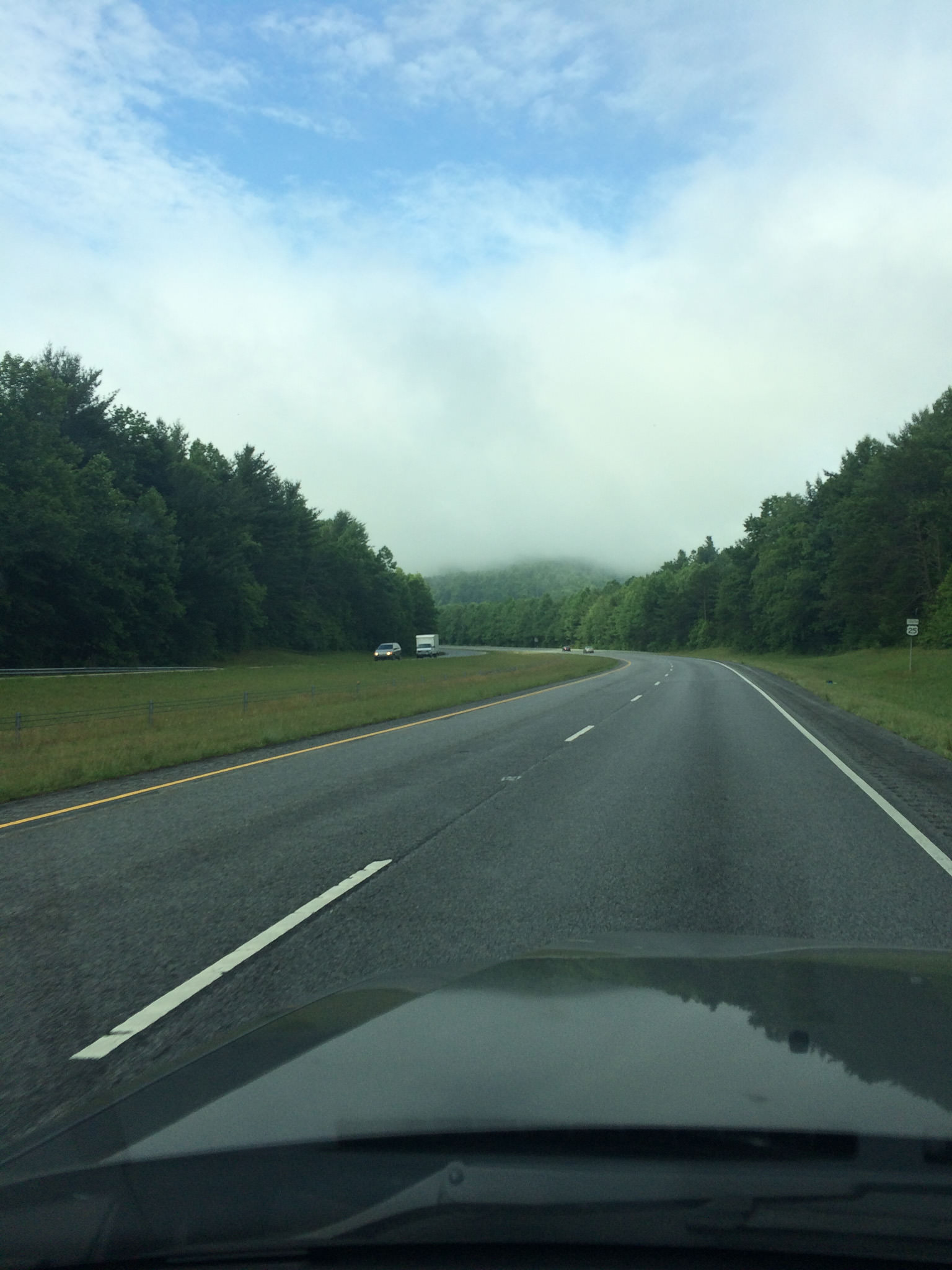 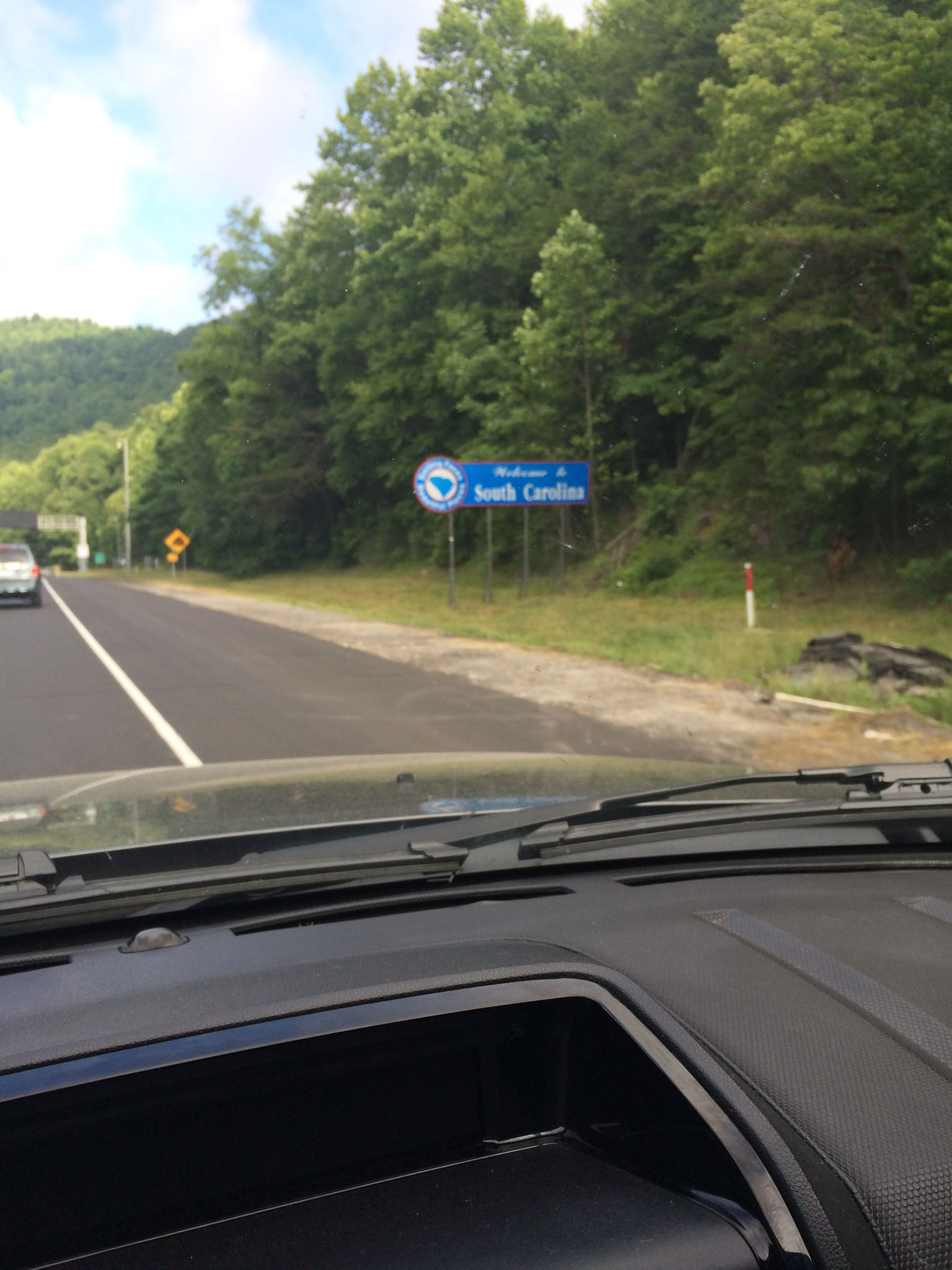 I got to my apartment, which I had never seen before, and got moved in on Friday. 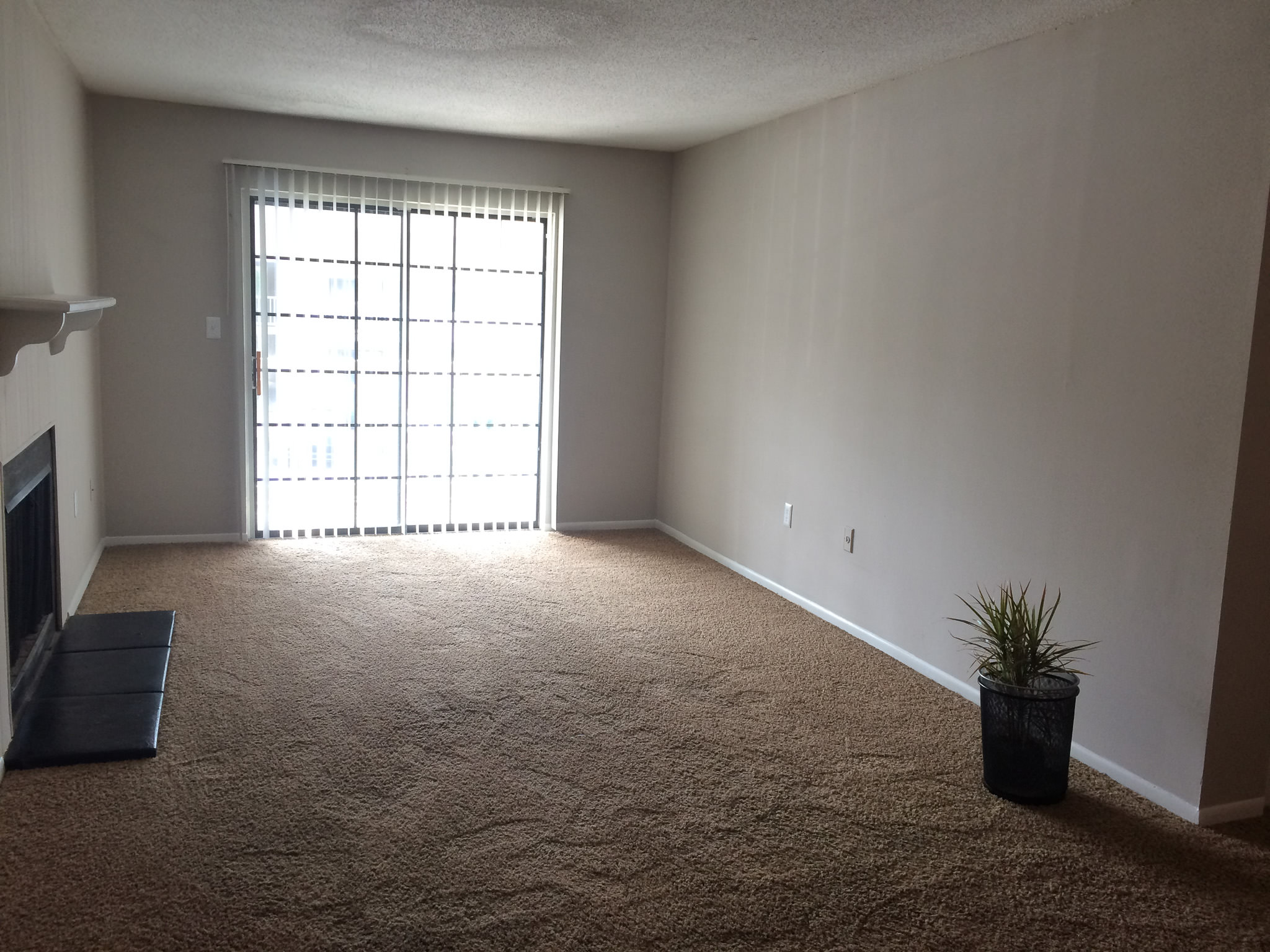 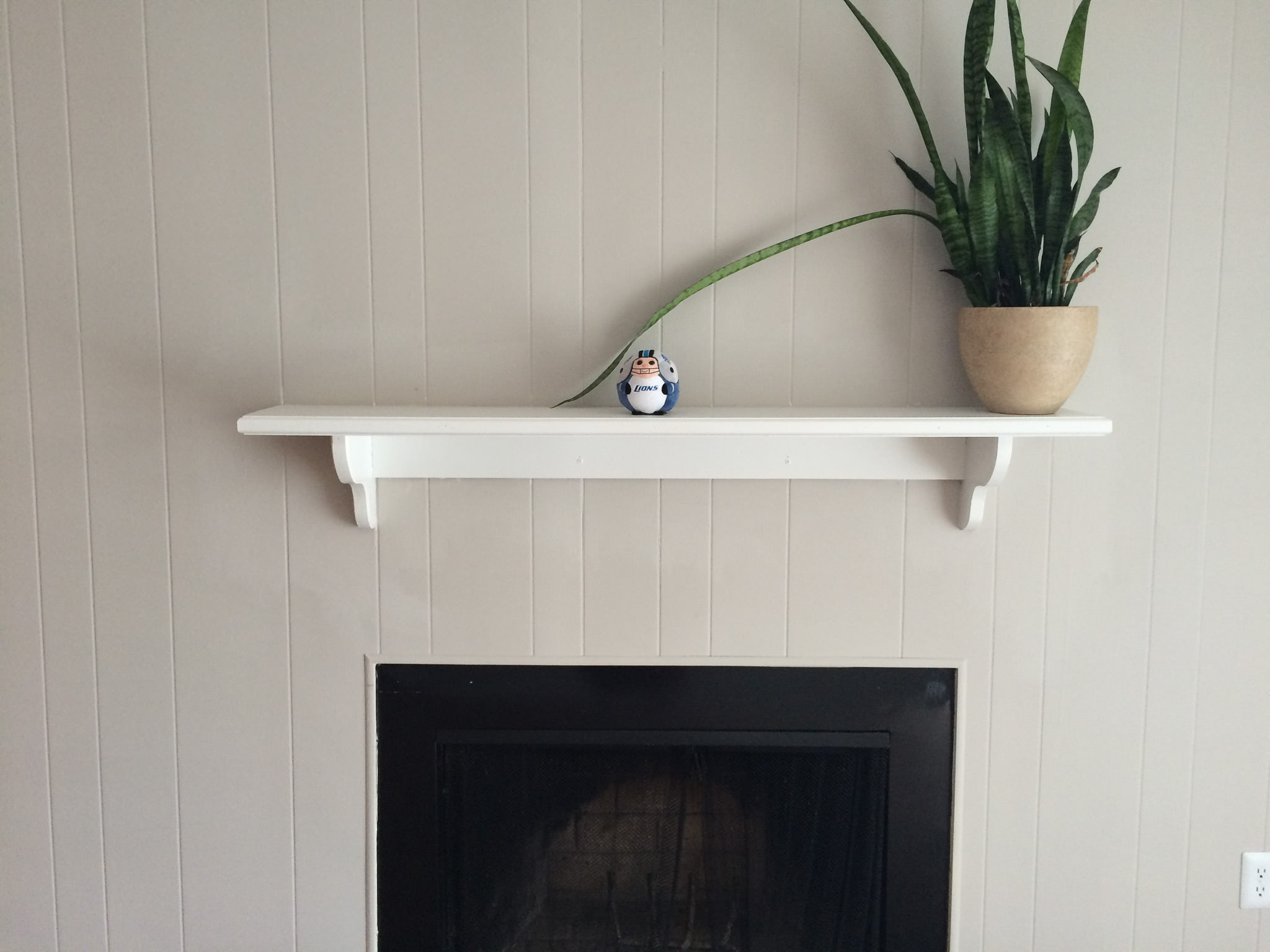 So it’s been hot

They tell me it’s been unusually hot since I arrived, and it has certainly been hot. I took this shot during my first drive home from work: 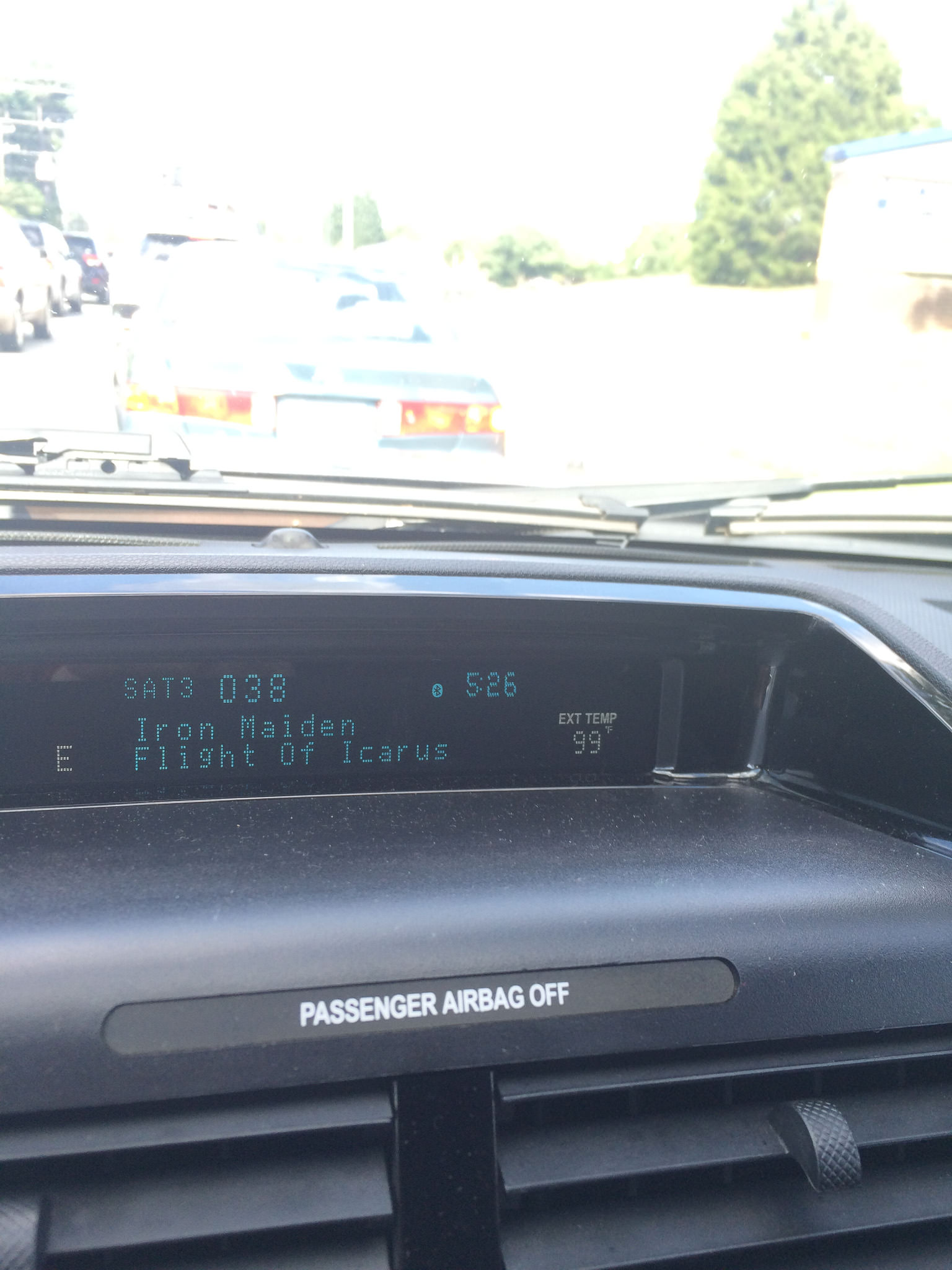 I’ve been here two weeks now and I’m starting to get settled into my apartment and I’ve been exploring the community. I’ve already made some friends at work, but I also got to spend an evening with some old friends last Monday. Ron and Mary were parents of high school friends back in Rochester, and they’ve recently landed in Taylors as well. They were kind enough to invite me over for dinner and we had a great visit. I snuck a quick picture while we viewed the twilight from their back deck: 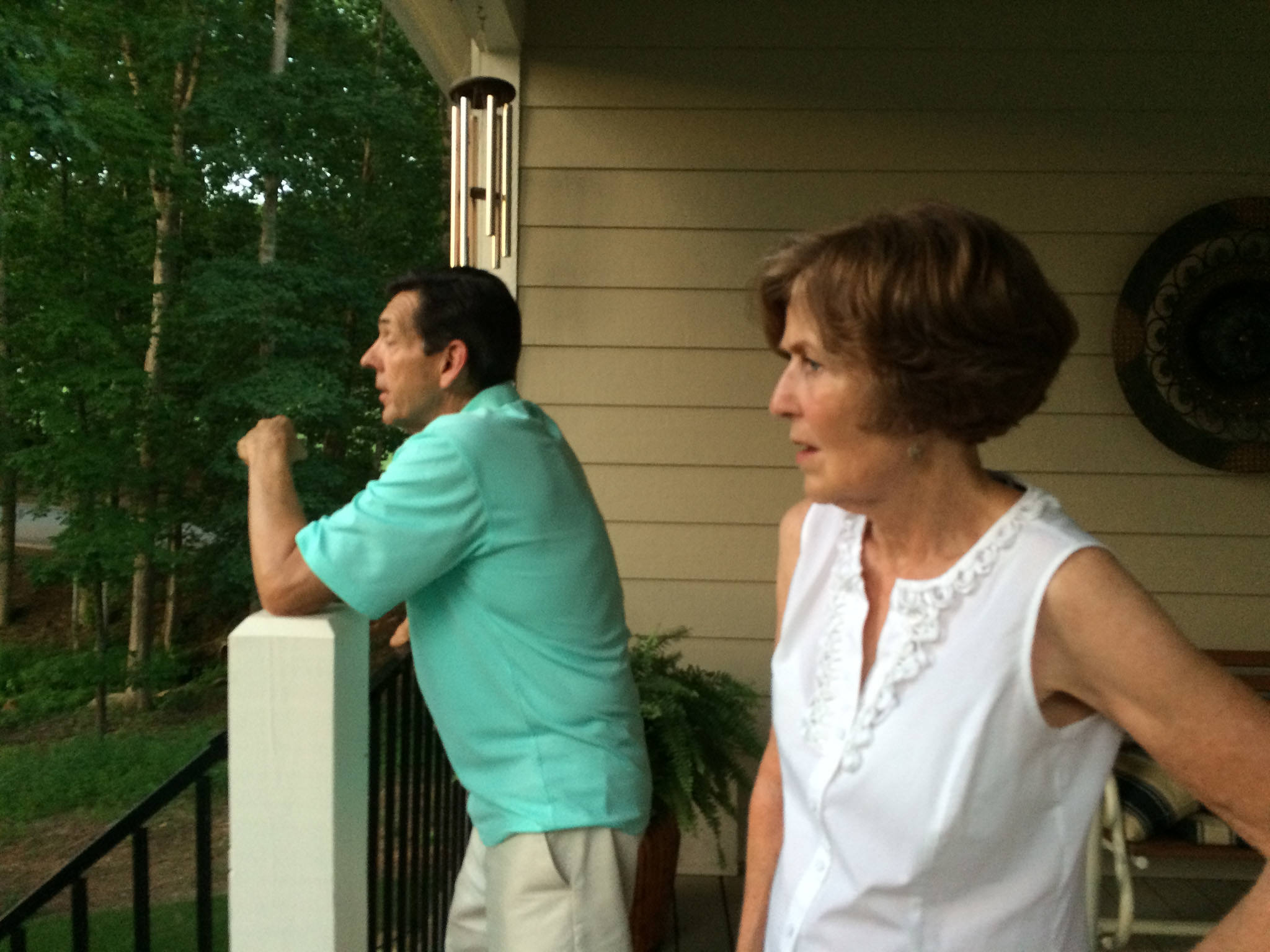