The joys of winter

One of the great things about Michigan is that we get snow. Okay, I don’t really think that’s a great thing, since I pretty much abhor winter by this point in life. Mostly because of the short days and ever-absent sun, but also because I hate scraping car windows and getting snow off cars.

Wait, there is a good thing

When we get a lot of snow here on the lakeshore, I like letting it build up on my car, and then only cleaning off the windows and the hood, leaving a huge pile of snow on the roof. I alternate between calling this a “Snohawk” (alternate spelling: snauxhawk) and a “Michigan Mullet” (I know it’s not technically a mullet, but the name works, so give me some slack here, people). I think ti really increases the classy factor of my car – people in the South don’t know what they’re missing. 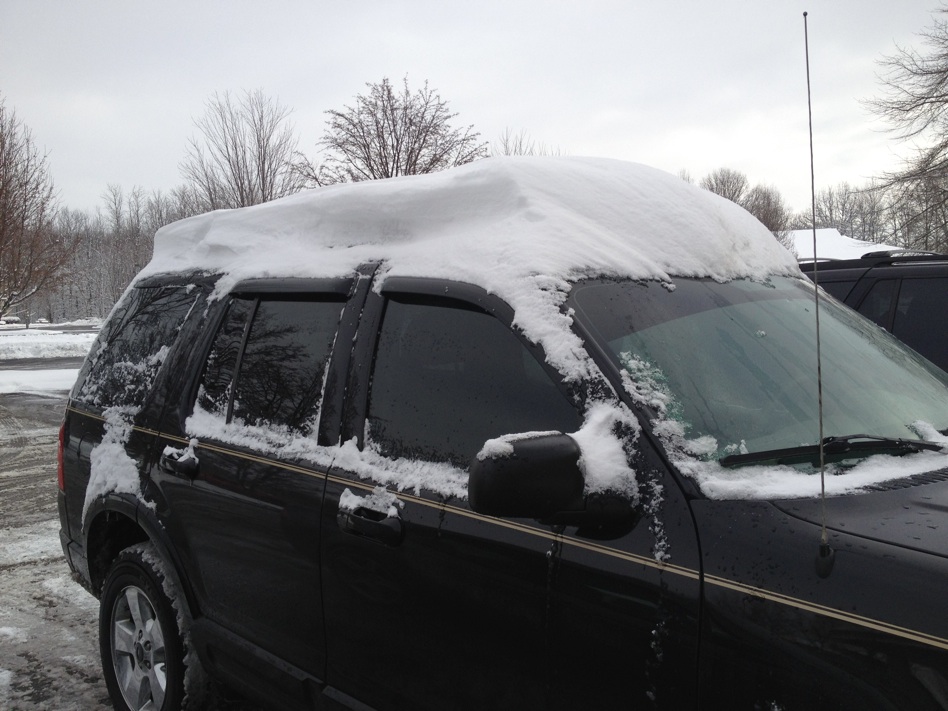 Tell me this isn't a good look for my car. You might say the words, but I won't believe you.

There are snowy days where I walk out, see my car like this, and it actually reminds me of a person I know and/or have seen recently! (who obviously is not a hair decision-making role model). This is not all fun and games, mind you. At some point, I will enter a freeway or other such road with a high speed limit, and my snow hawk will start to blow away to the road I’m leaving behind. Unfortunate cars who follow me will likely find that my Michigan Mullet chunks will stick to their windshield, partially obscuring their view. Not quite as fun as watching the ice bombs that come off the top of semi-trailers and explode on the highway, but entertaining nonetheless. 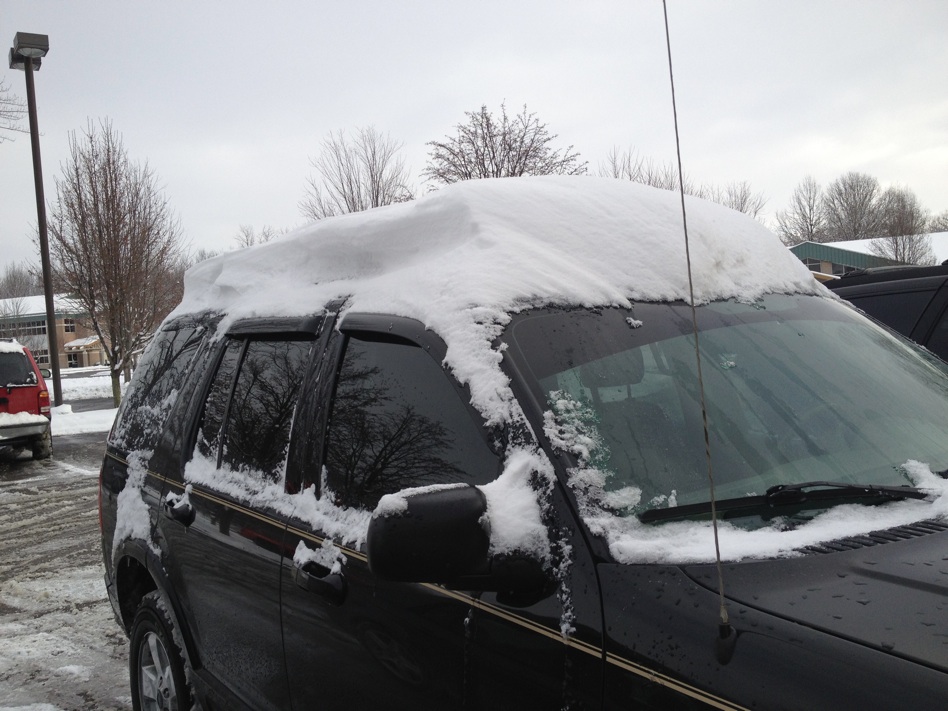 Another angle, perhaps even a sexier Michigan Mullet from this view than the other shot.

If you’re wondering where all that snow comes from….

This all arrived in 2.5 days this past weekend. We had no snow on the ground before that. It does make for nice pictures, though. 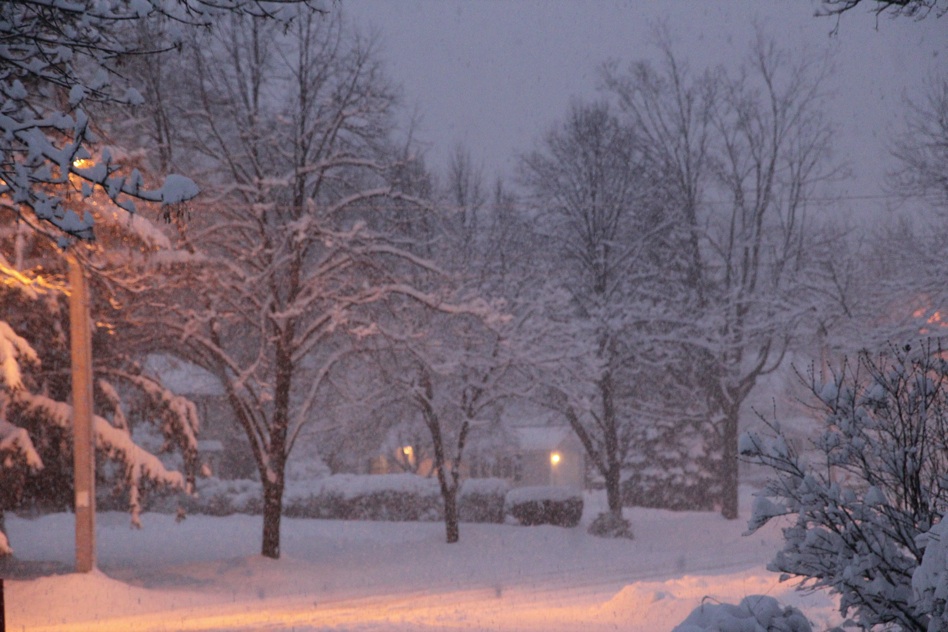 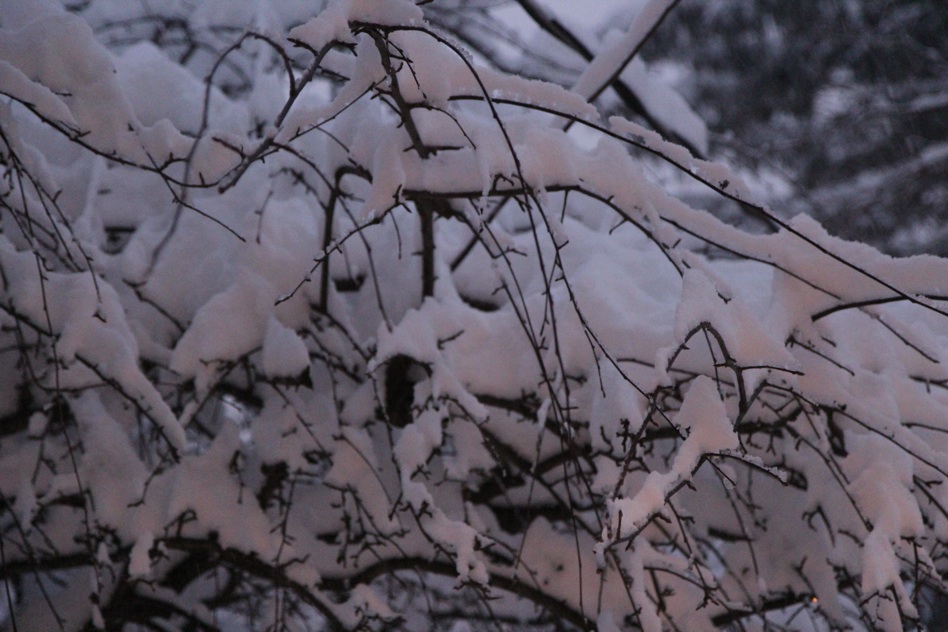 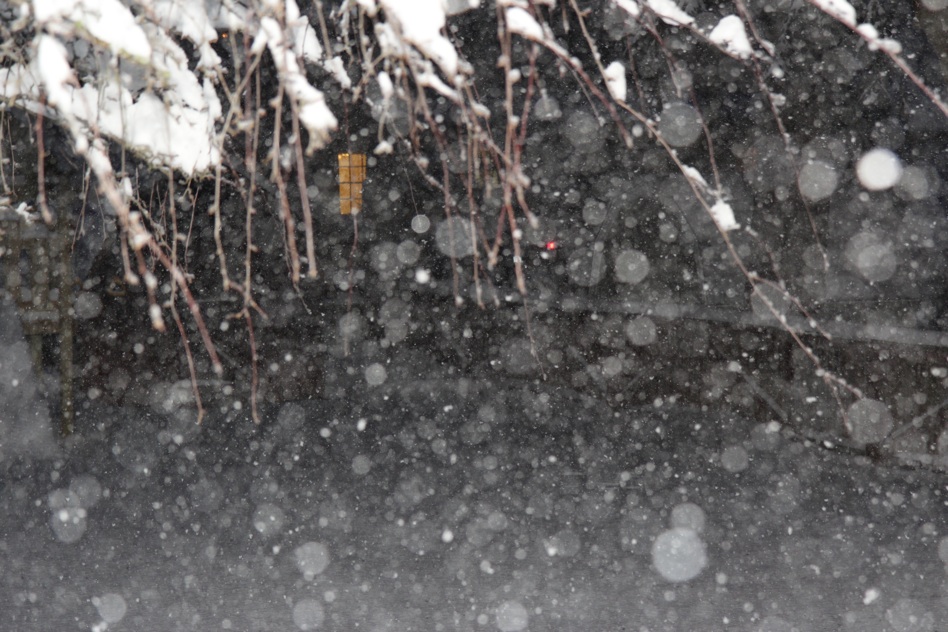 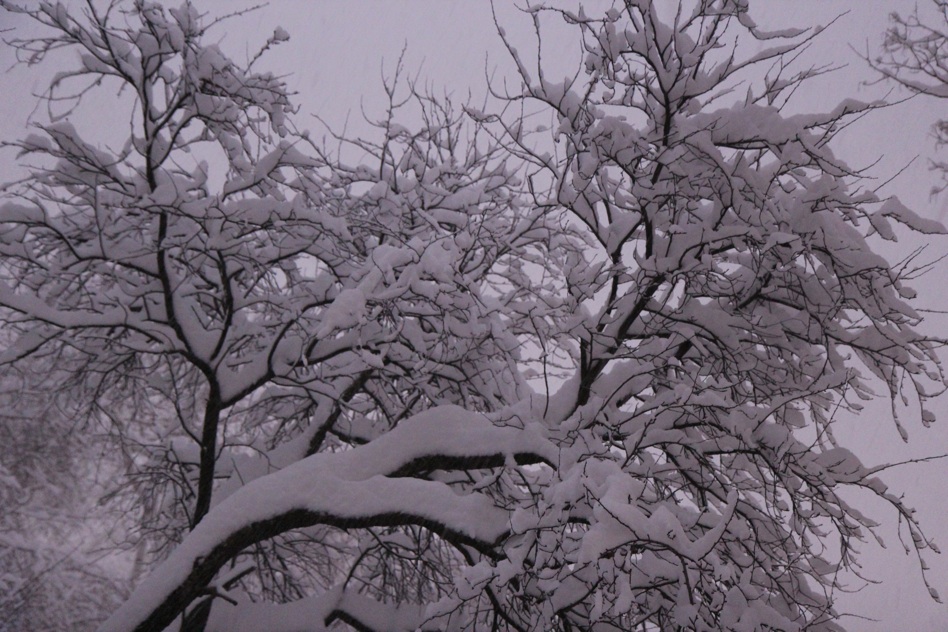 My favorite of this bunch 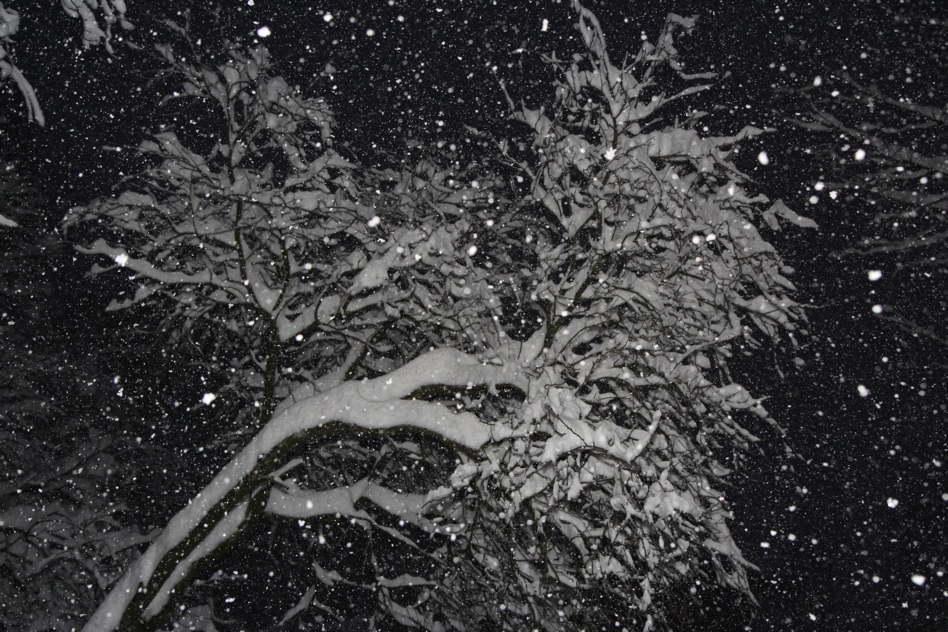