Note: This is the first part of a series about the amazing contributions I’ve made to the American economy and a sort of biography of the things I’ve been paid for. 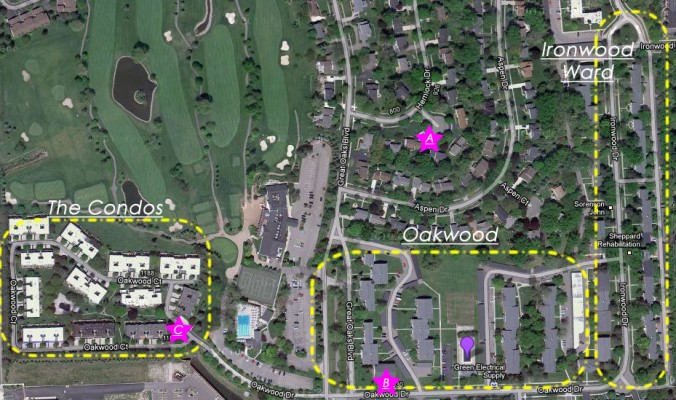 That’s where it all started for me, in the Great Oaks neighborhood of Rochester, Michigan. Back in the days when there were multiple editions of a newspaper each weekday, morning and evening. And of course, morning deliveries on both weekend days; the list of Sunday-only subscribers added a sizable boost to our family’s take.

I was just a boy when my brother bested his chief rival to take over the Great Oaks Apartments ward of the Detroit News afternoon distribution syndicate. As the dust began to settle, he was also awarded the adjoining condo community after the boss of that family had an unfortunate accident and was no longer able to provide his services. In short order my brother had taken over Great Oaks Blvd, Oakwood, Ironwood, and the condos.

ed note: we lived in Great Oaks subdivision (“A”), but never gained control of that neighborhood. No one in the family would speak of it, so I’ve never known why we had to grow the family business in the communities next door 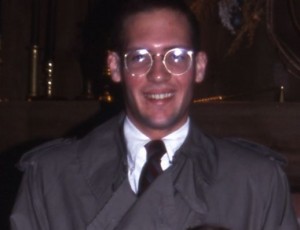 There’s a reason he delivers papers in a trench coat

The money and the power changed him almost immediately, and, I must admit, only increased my boyhood idolization. No longer the skinny kid on the Huffy with the black motocross-style banana seat, no sir. My brother rode tall and proud on that sparkly red Schwinn Varsity, and everyone he passed looked at him with respect, because they could see his control of the route made him someone to fear. If he wanted a box of Gobstoppers, or even a Dr Pepper, he didn’t need to wait for an allowance or anyone’s permission, he just did it. When the new Echo and the Bunnymen tape came out, he just bought it. On the day it was released.

It wasn’t long before I started tagging along to get a glimpse of what was happening to my family. My brother was treated like a king on that route, and though he was unforgiving, he could be benevolent as well – he always helped Old Mrs O’Rourke take her trash out.

When I was in fifth grade, the long-awaited day arrived when my brother brought me into the family business. He took me to Knapp’s Dairy Bar for a milkshake (I told you he was raking in the cash), and told me that he thought I was ready to start working my own neighborhood. He had talked to the bosses of the other routes, and they had agreed that I should take over the Ironwood ward, even though it meant I would have to be the primary one handling the O’Rourke situation.

As you might imagine, I immediately accepted his request, but you don’t really turn down a newspaper delivery boss anyways. I fell asleep every night with visions of the wealth and playboy lifestyle that would soon be mine. He handed me the tools I would need everyday as I worked my very own street: a master key to the apartment buildings, and a newspaper bag to carry the contraband I served to the residents of Ironwood.

Each afternoon, while I attended school as a front for our operation, the goods were dead-dropped at the corner of Great Oaks Blvd and Oakwood (marked as “B” on the map). Hidden in plain sight on the front porch of an apartment building. The delivery operation was brilliant, I never saw the papers arrive, so there was no way I could identify the guy who made the drop. The merchandise arrived as one brick, so my brother and I had to cut it up into smaller units for easier distribution.

I then had the difficult task of taking my bundle along the unprotected sidewalk of Oakwood, with nary a building for cover, away from the protective wings of my brother. When I reached Ironwood, the deliveries began. The buildings were largely quiet at this time of day, as the working people weren’t quite home yet, the kids are out playing, and the old people were napping to Matlock.

The isolating responsibility that comes with such power caught me off-guard, so I started making mix-tapes to load into my Sony Sports Walkman with Mega-Bass. Flock of Seagulls > Minor Threat > Run-DMC > Brian Adams > etc.

As time passed on, my brother was identified as a future leader, and sent to college to eventually become consigliere. The entire route came under my control, and I had to learn the skills necessary to run such an operation.

One such skill was collecting. Early on, my brother taught me that no quarter was given to people who didn’t pay; the mat outside their door would remain empty and the hallway would hear no thump of an expertly-tossed Detroit News afternoon edition. People quickly learned that ignoring the white envelope with the rounded cover meant that reading a newspaper would require a trip to the Rochester Public Library. 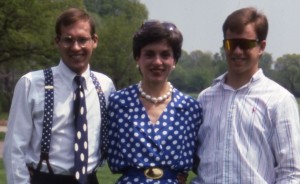 “Want some more soap, do you, mister?”

Occasionally, disputes over our collection methods arose, but these were quickly resolved by a quick phone by our mother to the person who thought they didn’t have to pay. I don’t know what she said to them, because she always sent us to wait in the garage while she called, but she never had to call twice. This is the woman, after all, who fed me a bar of Dial when I dropped an f-bomb in middle school.

Another skill I had to learn with the added responsibility was how to deal with the increased stress. In typical precocious fashion, I did what adults do when stressed: I took up smoking. Which worked perfectly with being out and about every afternoon, passing through parking lots and winding around between buildings. The condos, in particular, had a grand gathering place for my fellow miscreants, marked on the map above as “C”.

So how do middle school kids get cigarettes, you ask? Why, at the nearest gas station, of course. Our location of choice was the Sunoco run by a friendly Korean man named Kil Yoo. So friendly that he didn’t want to disappoint the boys who wanted to buy cigarettes with a ziplock bag full of nickels and dimes.

That arrangement lasted only a few weeks, however, as Mr Yoo wised up and asked if we were old enough to buy such products. A quick-thinking member of our group weakly suggested that we were picking up cigarettes for our fathers? Quick-witted himself, Mr Yoo said “Next time, you bring a note from your dad.”

The crushing blow to our tobacco pipeline was mitigated by the fact that he said “next time” and actually had let us make our purchase this one last time. So we gathered at our smoking spot and came up with a brilliant idea: we would forge a note from our fathers. Yes, I did say a note from our fathers – certainly a stroke of brilliance on our part.

We tore off the top sheet of a 3-inch square notepad and began drafting the note from our fathers. We each liked a different variety of cigarettes, and not one of us was willing to make the compromise to leave their brand off the note. The note ended up something like this:

Please allow our sons to purchase the following cigarettes to bring home to us: Winston, Marlboro, Newport, Camel Light

Yes, I know. Here’s the beauty of it: the note worked. Never mind the fact that real smokers are fiercely brand-loyal, or that a whole neighborhood of fathers got together and wrote a note on cube pad paper, the damn thing worked. I’m sure he was just giving us credit for making the effort, but he never let on. So we just carried the note with us and used it over and over, like a magic AAA card or something.

Eventually, the stress became too much, and I left the delivery and collection business to focus on social pursuits, beach volleyball, and finding the perfect combination of Aqua Net + feathering for my preppy mullet. The whole Sunday morning newspaper thing was a drag, too – assembling the papers in the pre-dawn hours and delivering to twice the number of weekday customers.

I did buy my first electric guitar, a Decca, from one of my customers. There were other good things, too, like voyeuristic daily trips through dozens of apartment buildings. And the responsibility of having a job to be done each day, rain or shine – okay, I hated that part.