During a requirements gathering session in June, our team was working on what the search experience would look like for one of our ecommerce websites. I mentioned that maybe we should create some sort of intelligent sort order to use the as the default, similar to what Amazon does: factor in sales velocity, category relevance, user search history, product availability, etc. This was a completely “blue sky” suggestion on my part, but was recorded along with the notes of the session. I was tasked with coming up with this algorithm, despite my being more marketer than searchologist.

Shortly after that meeting, I took a medical leave for about a month. During that time, the “Ted Algorithm” took on a life of its own and when I returned to work, I realized it was added to the project as an actual task, assigned to me. I found this utterly hilarious, though the project team didn’t share my humor. Eventually, of course, they realized that there was another solution, but, to this day, the “Ted Algorithm” still comes up in project planning conversations.

It happened again today, still being referenced as part of the project 8 months later, despite the fact that creating the fake Venn diagram (get it?) and making a CafePress design t-shirt mocking myself is actually more work than I contributed in the search sort order work. 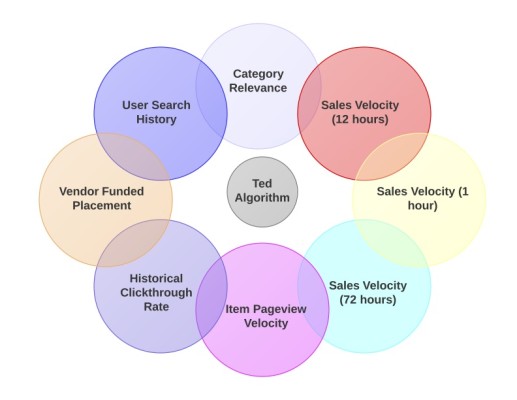 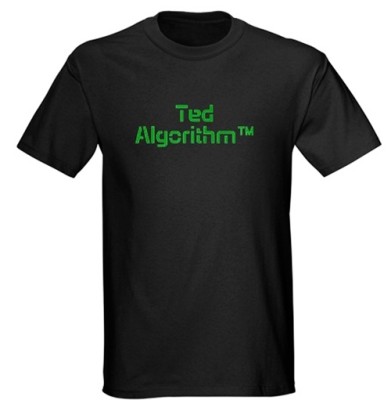 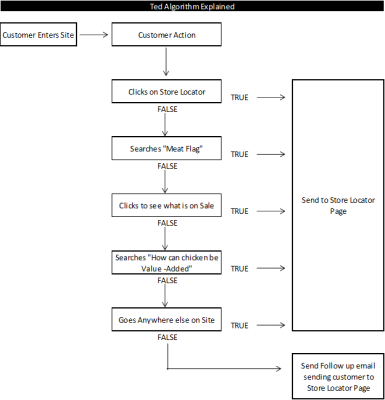