A rare Wednesday off

meant that I had some time to myself while Aly was in school and we already had our babysitter here since Rachel works on Wednesdays. Tuesday night saw some tremendous rain come through West Michigan, but the next morning arrived clear and sunny. With temperatures already past 70 degrees, I pulled into the parking lot of Saugatuck State Park around 10am and was only the fourth car. 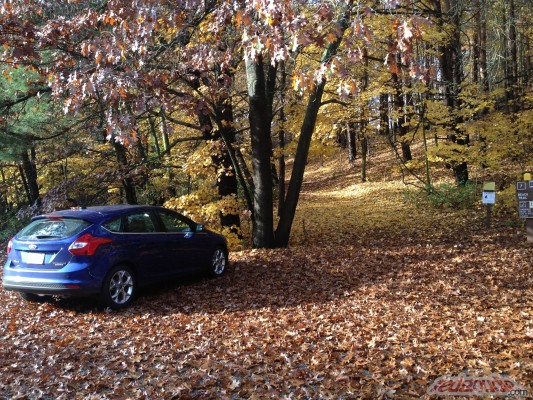 I put on my CamelBak and my camera strap, then started my second trek on the South Trail. The landscape had changed significantly from my visit here a few weeks back, as most of the color had left the trees in favor of the forest floor, obscuring the roots and rocks that occasionally make the trail a tad perilous. The air was heavy with humidity left over from the heavy rain most of Tuesday night, creating a sweaty atmosphere despite the comfortable air temperature. 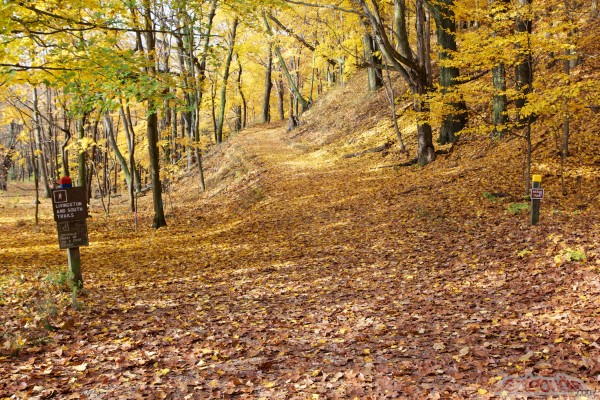 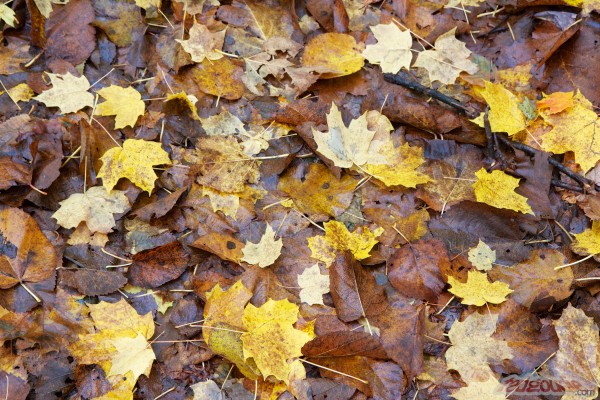 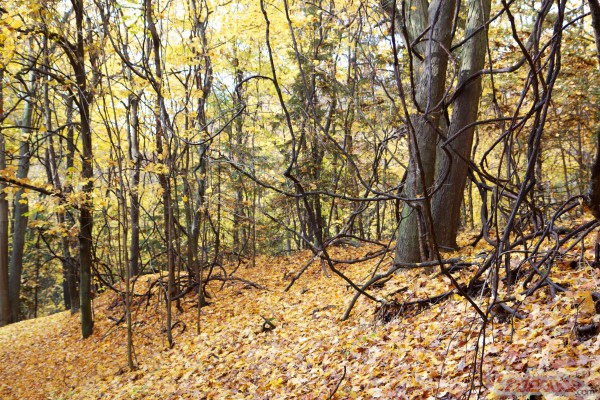 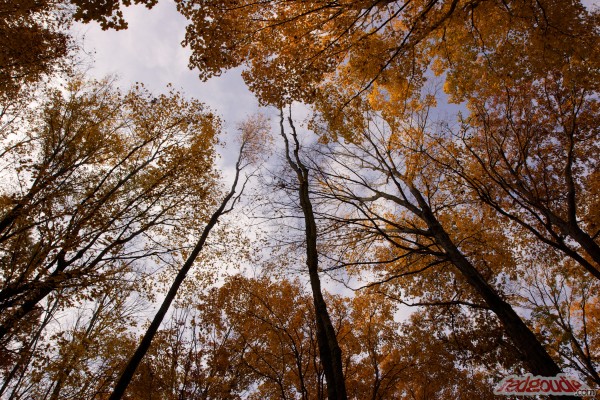 I stopped for a moment to just take in the stillness and the silence in a particularly wide glade within the trees. 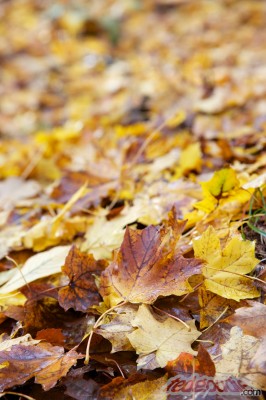 Shortly after that, I came across this interesting sight – a decaying leaf stuck to the trunk of a tree: 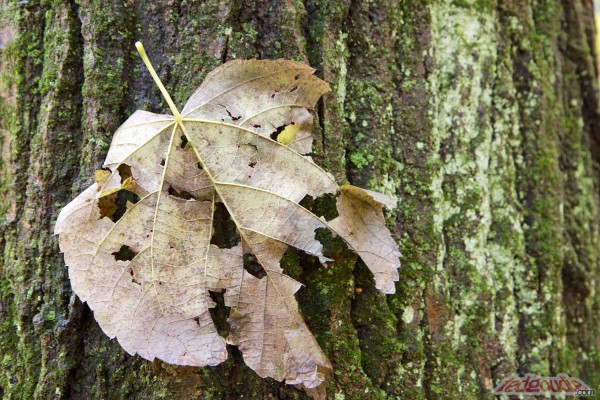 After I took a few pictures of that leaf, I turned around to resume my hike, and before I’d taken two steps, I spotted this leaf stuck in the bark of a different tree: 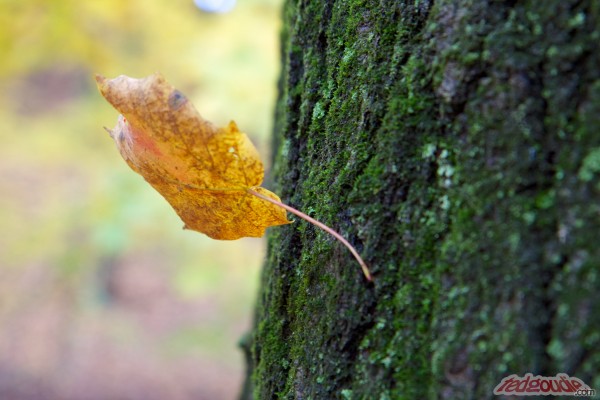 It took me about an hour and twenty minutes to arrive at Lake Michigan, walking at a medium pace and stopping frequently to snap pictures. As I walked the final few hundred yards of sand down to the beach, I tried to find other footsteps of people who had made it down the South Trail before me on that day, but it appeared that I was the first – except for the butterfly. The lakeshore showed signs of the high winds and rain from the previous night, as the beach had a drop off of about a foot to the water in many places. 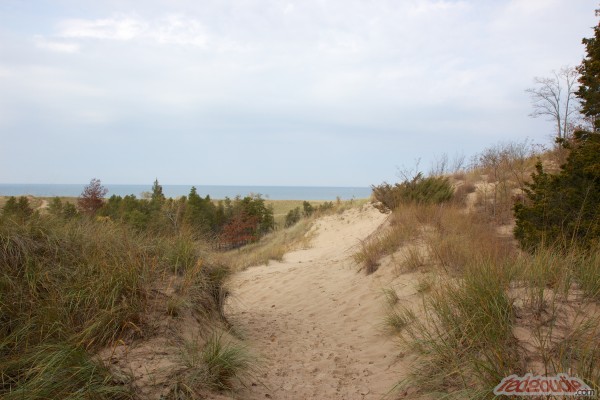 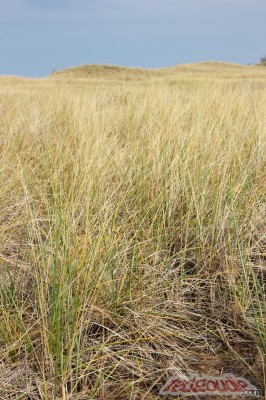 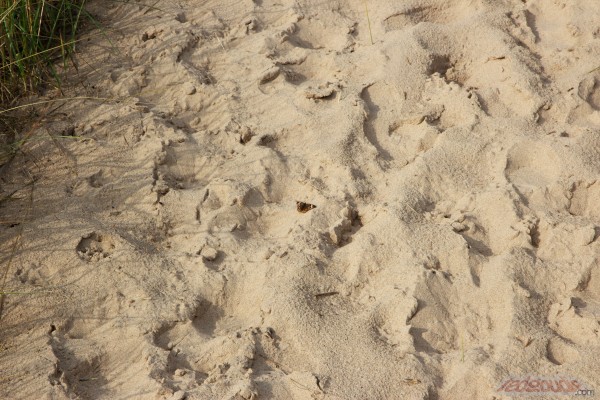 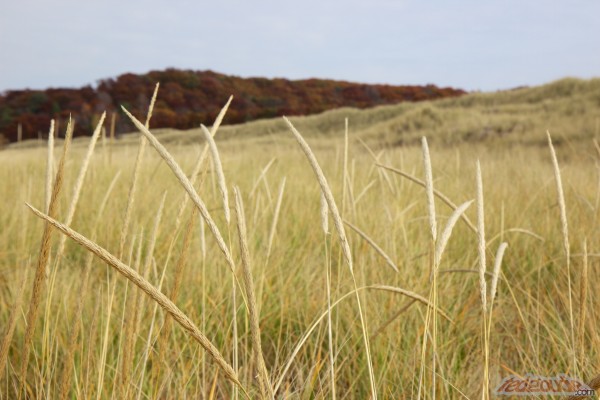 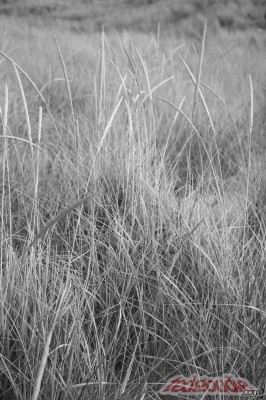 With the wind relatively calm for this side of the lake, I shot a quick video just to capture the sound of the small waves on this clear day.

I walked north along the beach until I found the Livingston Trail, which I had not quite made it to last time. I followed the beach path up to the trailhead, where I sat down and ate some lunch while looking back across the beach grass at Lake Michigan. 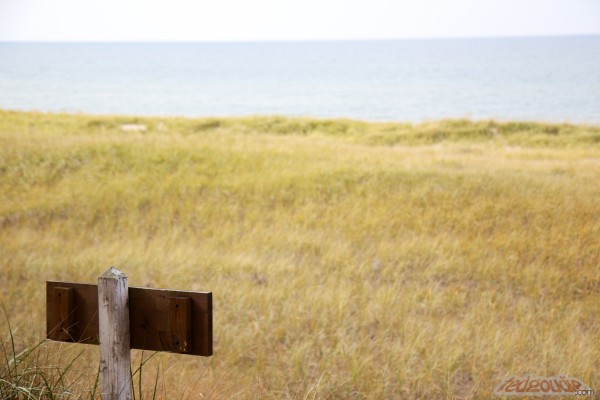 Adequately fueled by some M&Ms, a GFB, and a banana, I started back up the Livingston towards the car. This is another first-time trail for me, offering a shorter path than returning via South Trail. It was a pretty walk in the woods, and I finally saw my first person about ten minutes up the trail – a woman who came up from behind me and nearly scared the crap out of me while I shot some pictures of the trees overhead. 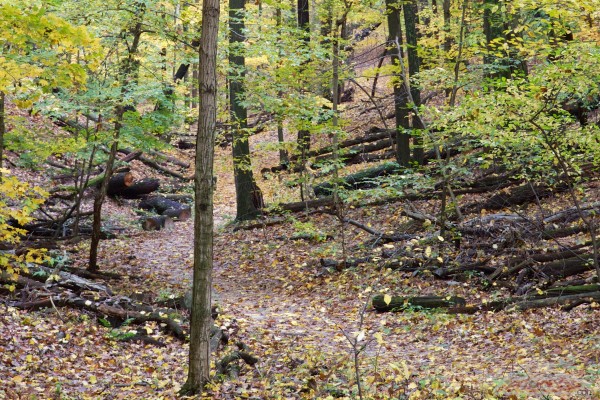 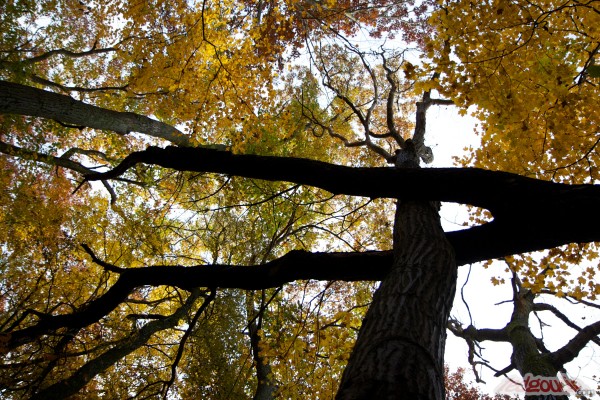 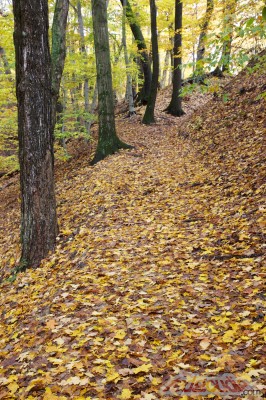 As I neared the parking lot, I considered my options, because I had a small window of free time before I had to resume the responsibilities of my real life, yet my enjoyment of the previous two hours made me want to bypass my car and head up the North Trail. I wasn’t sure I could fit that in time-wise, then remembered that another favorite spot was just a few miles north, and also on the way home.

The simply-named Beach Park is a gem hidden along the lakeshore south of the Holland lighthouse. Little more than a few parking spots at the end of a street, Beach Park offers spectacular views of Lake Michigan if you’re willing to endure a whole lot of stairs. This is the view that greets you from the parking lot: 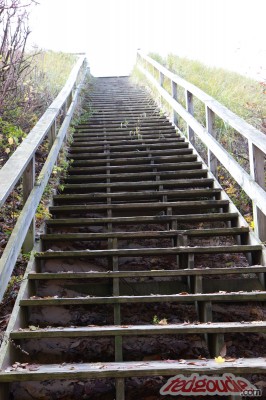 Conquer those, and you’re rewarded with these: 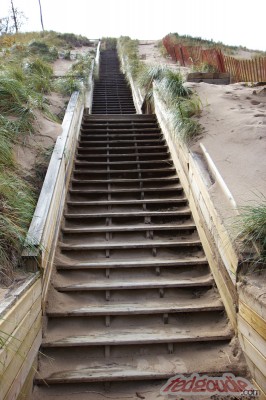 Summit those stairs, and there are a few more stairs up before you get a great view of the surrounding forest: 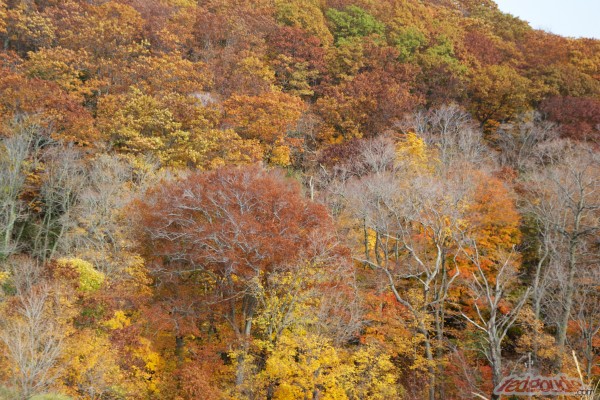 If you want to get to the actual beach, you’ll have to go down a whole bunch more stairs: 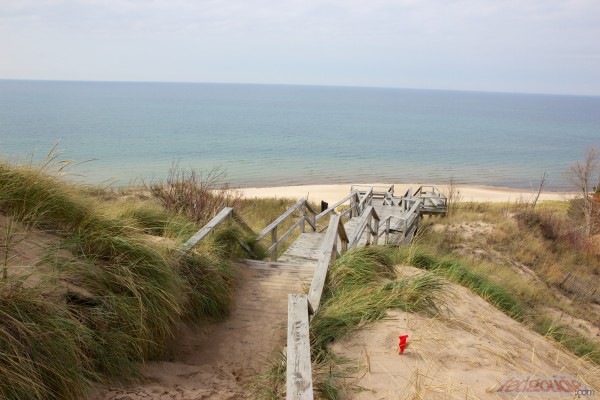 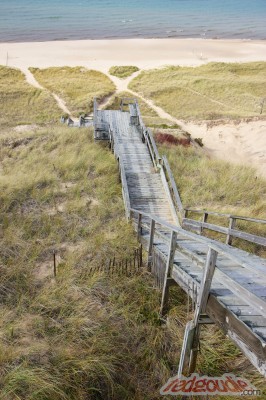 Click on a thumbnail below to open the gallery, then use your arrow keys to navigate: