These photos were taken just before noon on February 22, 2014, from the Holland State Park side of the Holland channel. Though the cloud cover rolled in, there were spots of sunshine streaming in, which is what I was hoping for. Aly and I had been out here the night before right at sunset, and I knew the glassy ice chunks in the channel would photograph well with some sun. Here’s a shot of Aly that I took the night before: 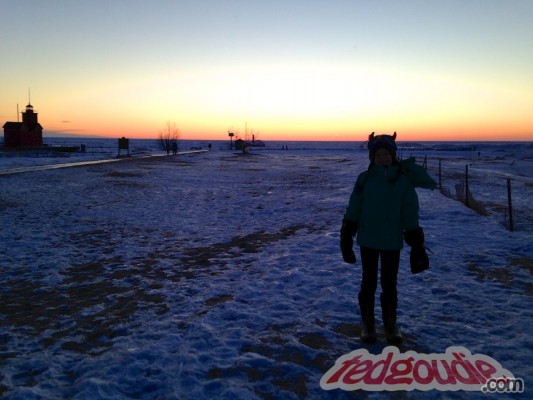 The 50mph biting wind from the night before had reduced to perhaps 20mph, but was still completely freezing. Facing the wind caused forehead pain after about 10 seconds which then seemed to spread throughout my sinuses. This winter has been brutal. 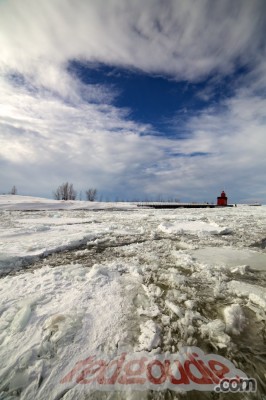 I set up along the rail on the channel and shot many pictures of the ice with my long zoom lens, and then decided it was a perfect day to try out my new 14mm wide angle lens. It’s so wide that it can easily get the tripod legs in the shot if you’re not careful. I swiveled the top of the tripod to horizontal position, but the wind was moving the tripod a lot, so I had to use my camera bag as weight to keep it (more) stable. This setup worked very well for giving the perspective I wanted, though I was a tad nervous about the camera hanging out over the rail like that. The Manfrotto tripod and head were up to the task, though, so all equipment made it through unscathed. 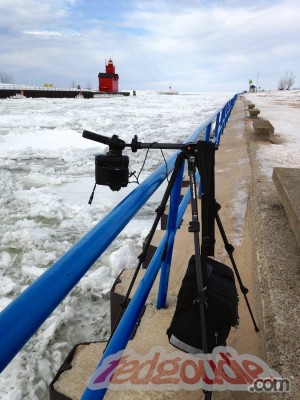 Well, almost all the equipment. As I walked from one spot along the rail to another, I had the tripod on my shoulder with the camera still mounted on it. During the course of that 45 seconds or so, some 20mph bird crap landed on the lens, which I discovered when I tried to look through the viewfinder to compose my shot. I decided I’d clean that up at home and switched lenses. 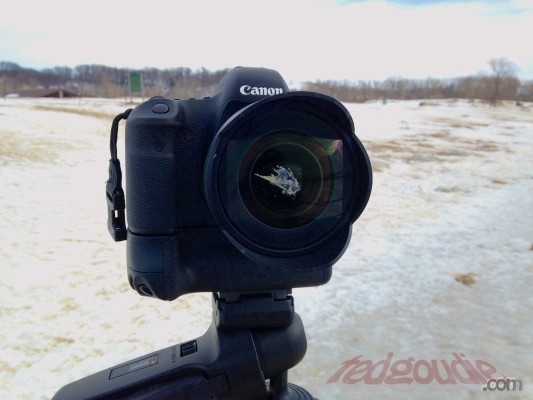 When I got home and removed the lens cap, I could indeed confirm it was bird poop: 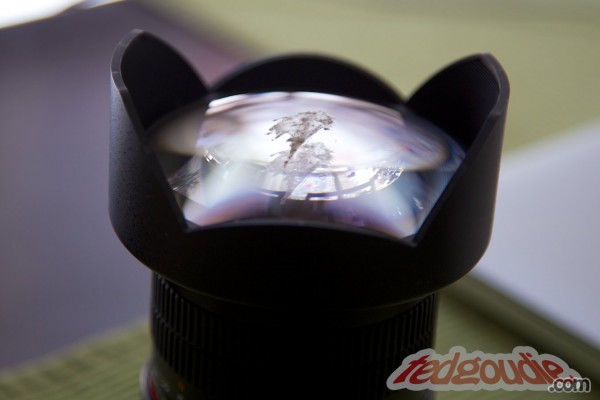 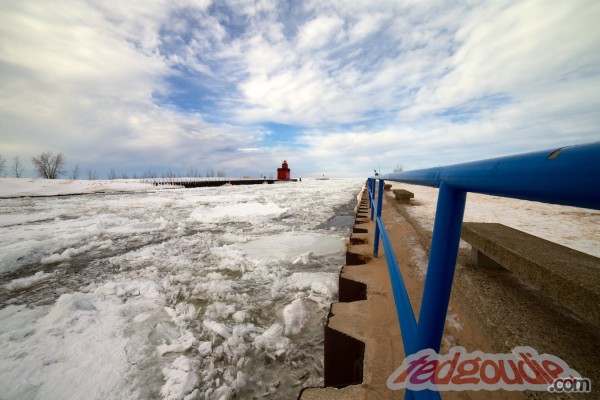 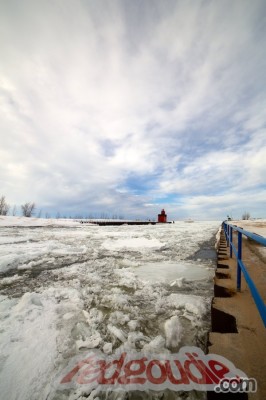 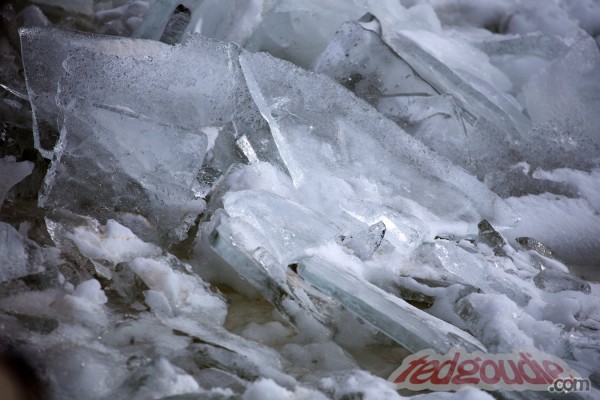 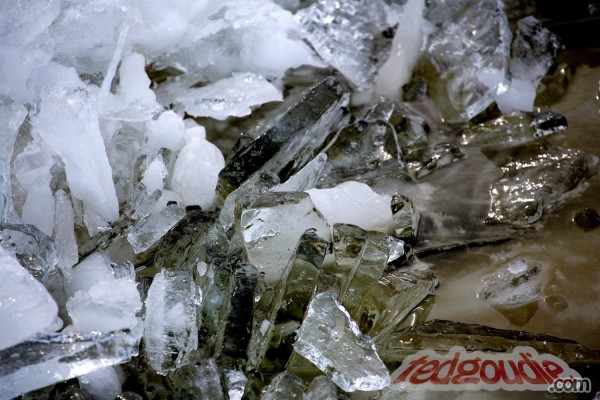 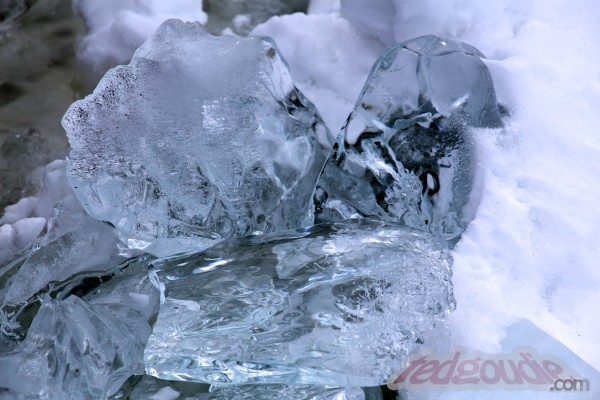 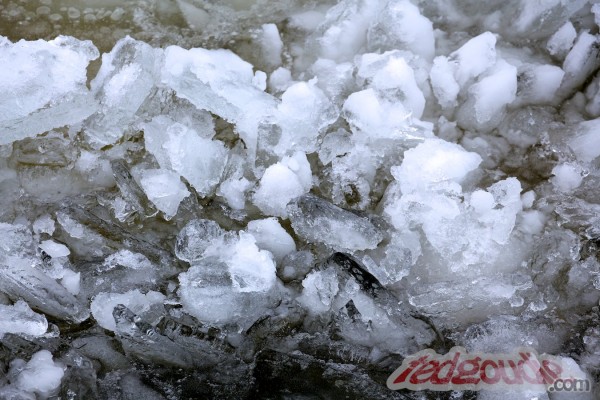 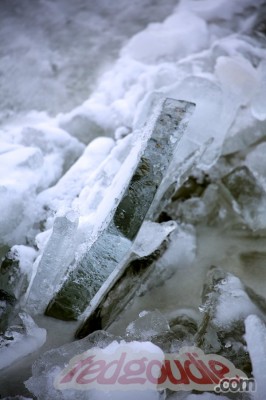 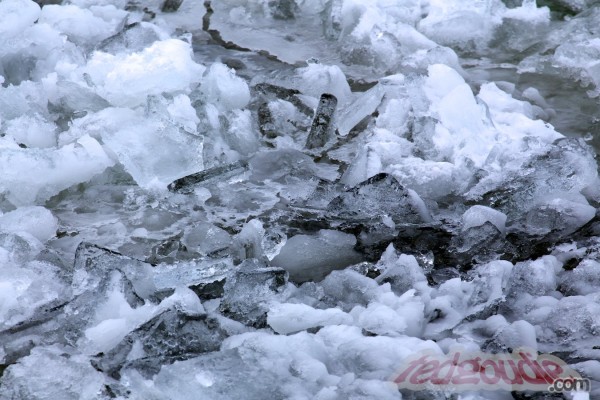 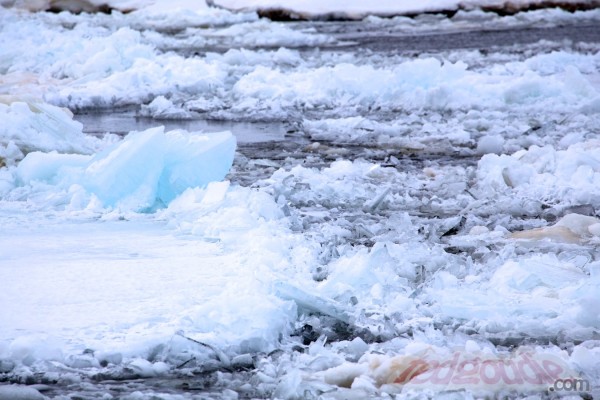 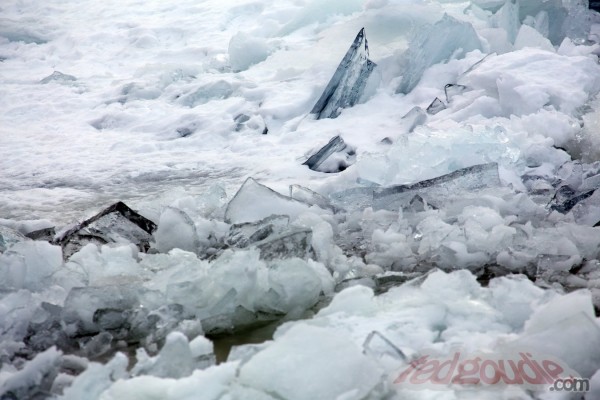 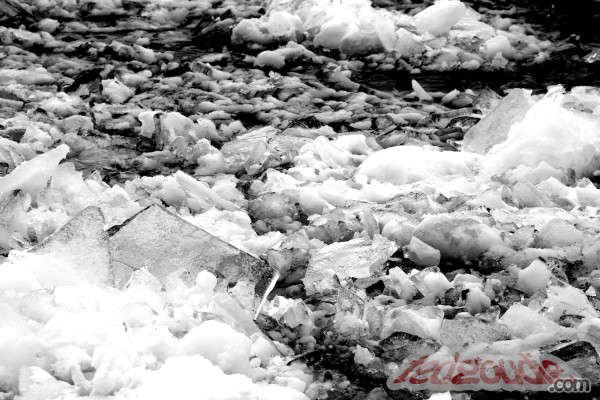 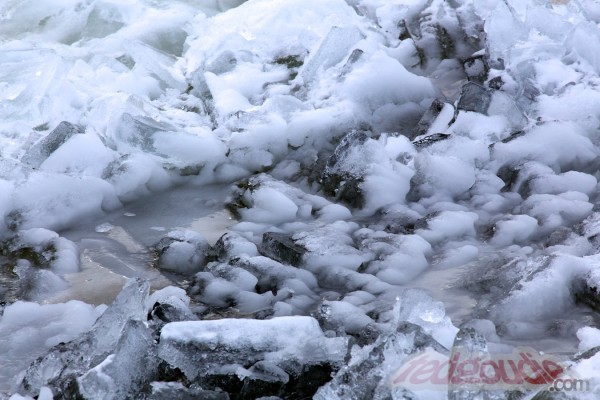