While the girls took the Curious George from Leah’s preschool to Chuck E. Cheese (another story for another blog post, but yes I know), I decided to head down to SSP since it was a beautiful blue sky late afternoon.

Before I was five minutes out of town, I saw what I thought was smoke over the fields to the west of the highway. As I got closer to the Saugatuck exit, it became apparent that it was fog, and a cold fog at that, as the temperature had dropped by nine degrees in just a few minutes. By the time I hit the trail, the fog was thick: 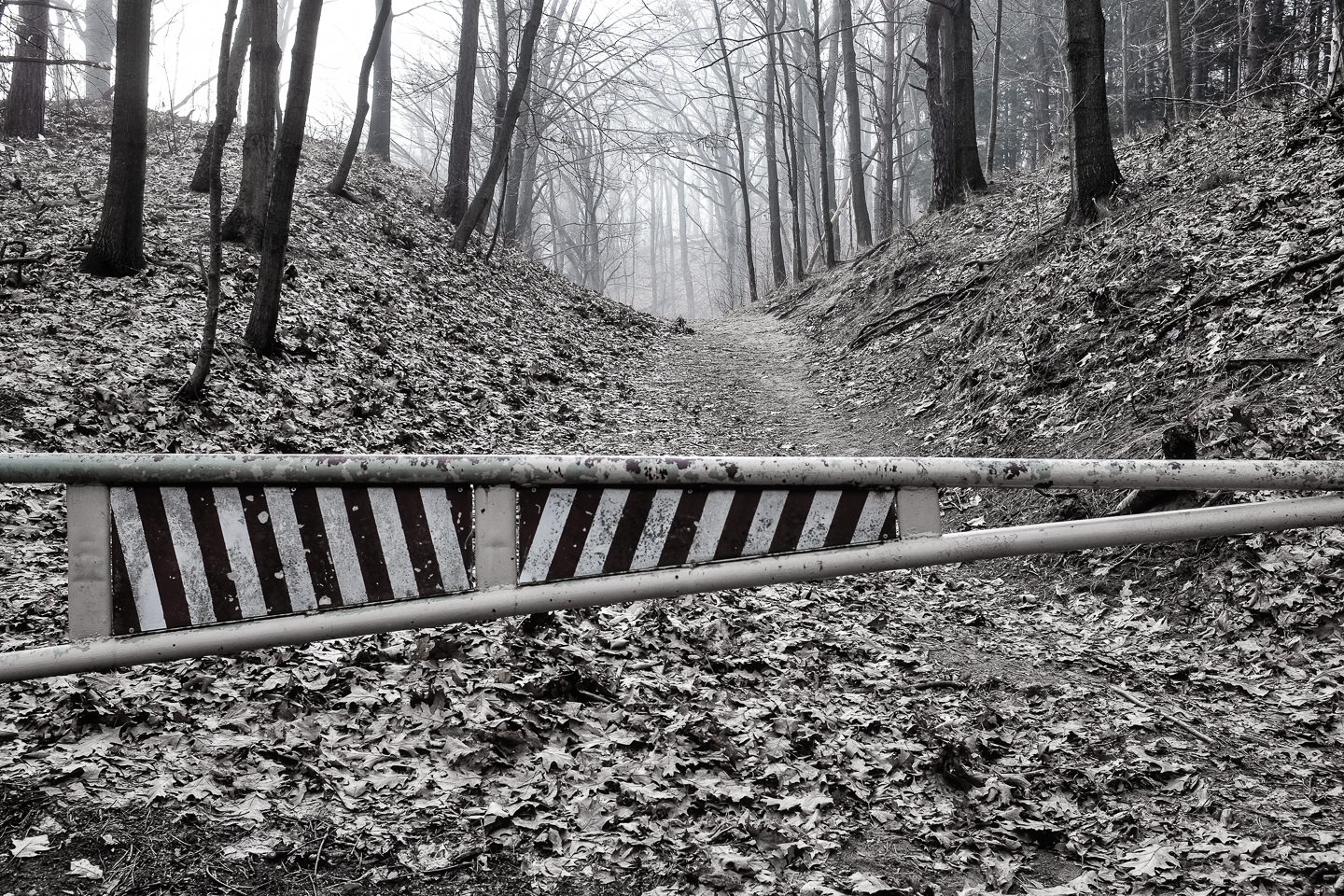 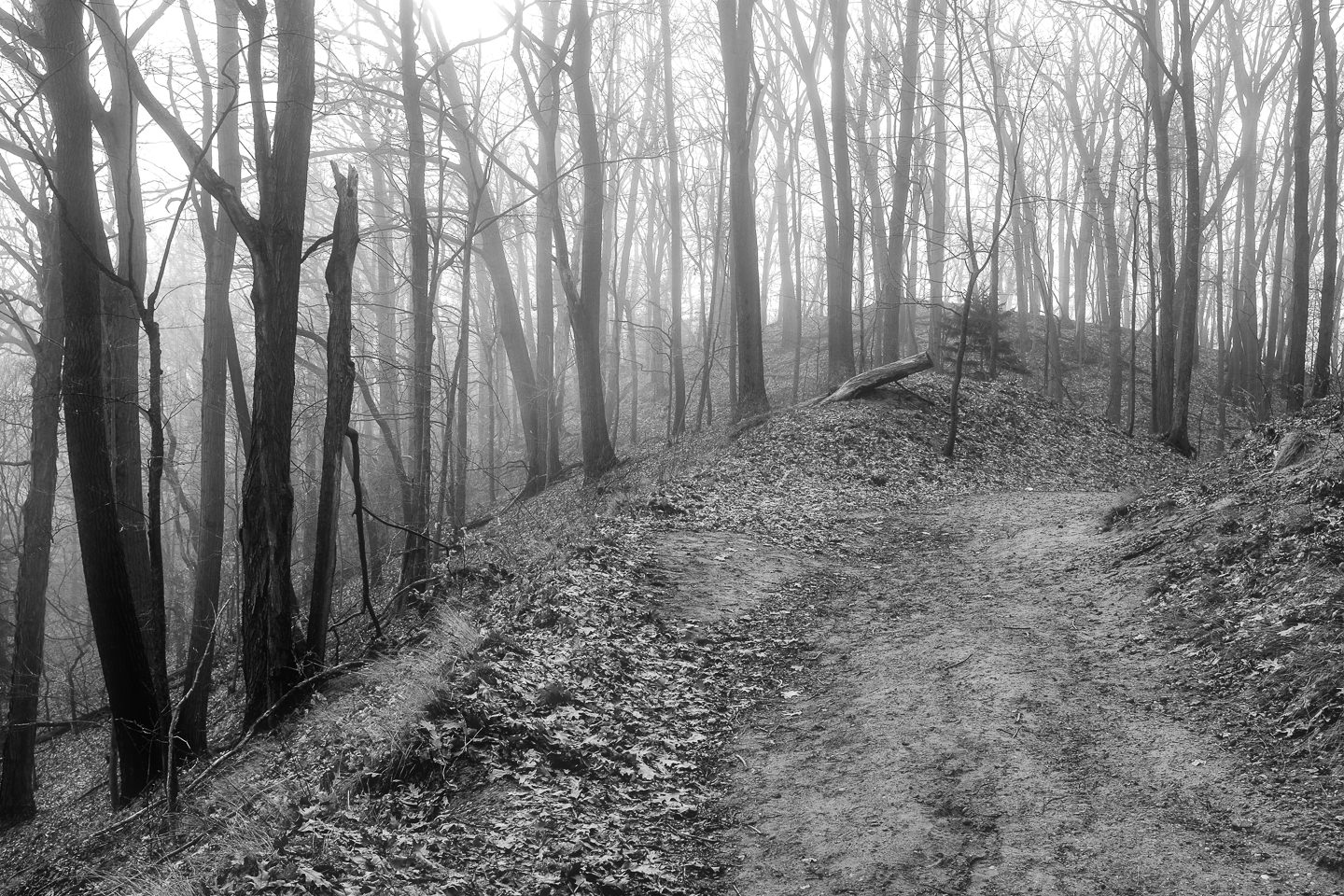 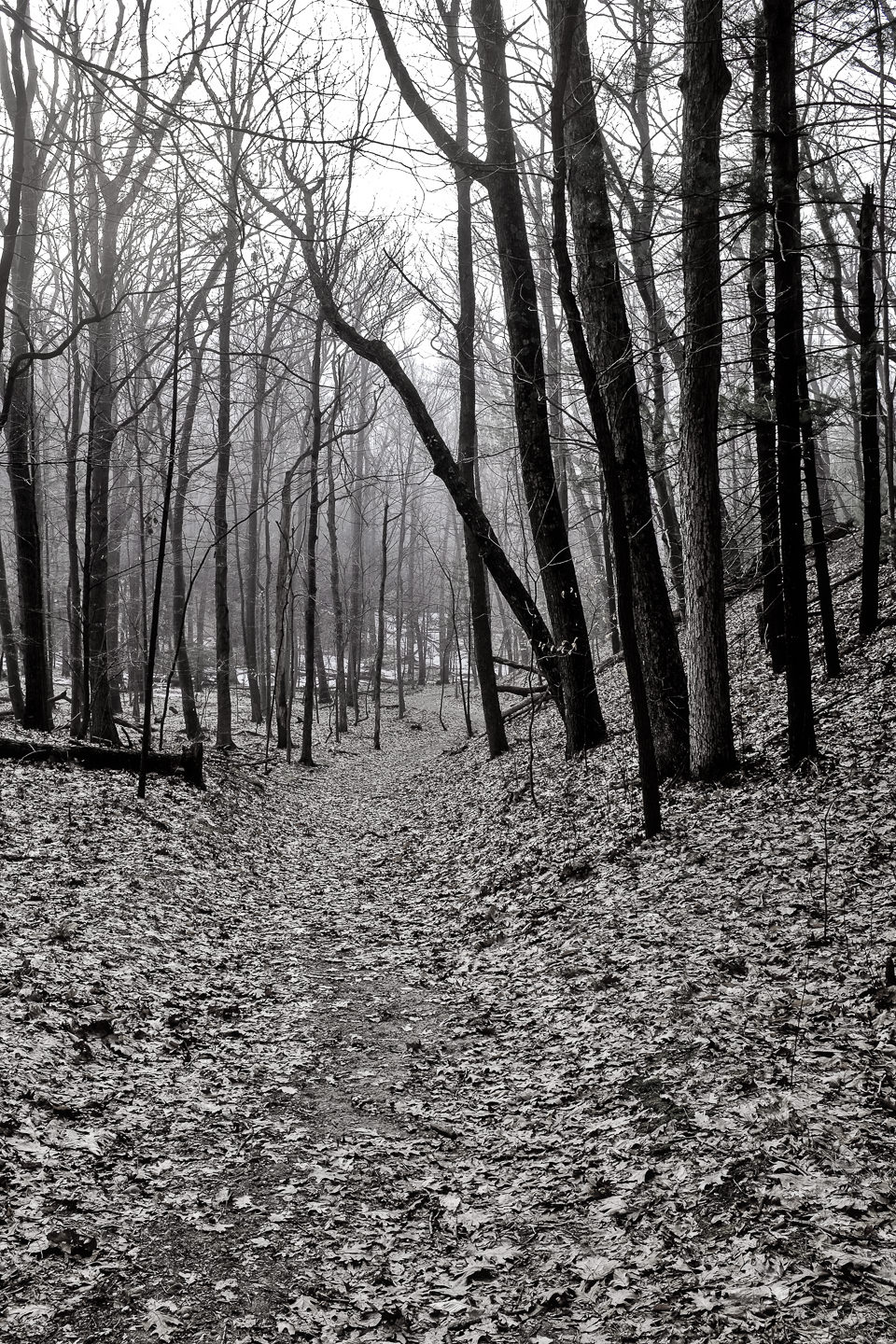 The fog was so thick as it rolled through the trees that it was causing large drops of water to drop from the tree branches above with loud plops onto the dry leaves. Oddly, they only dropped off trail, and never seemed to hit me. This went on for about ten minutes as I made my way toward the beach, with the fog thickening as I went. 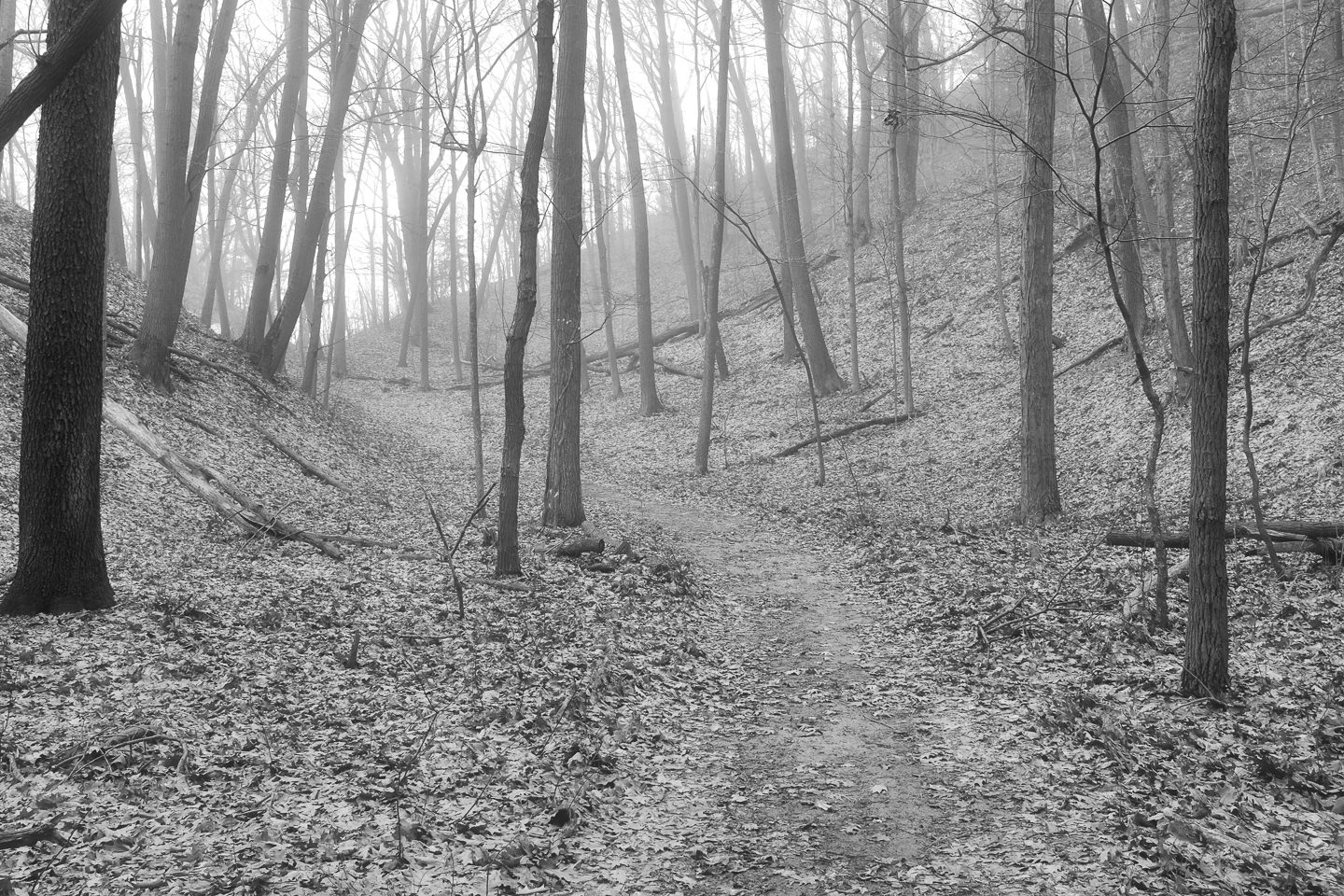 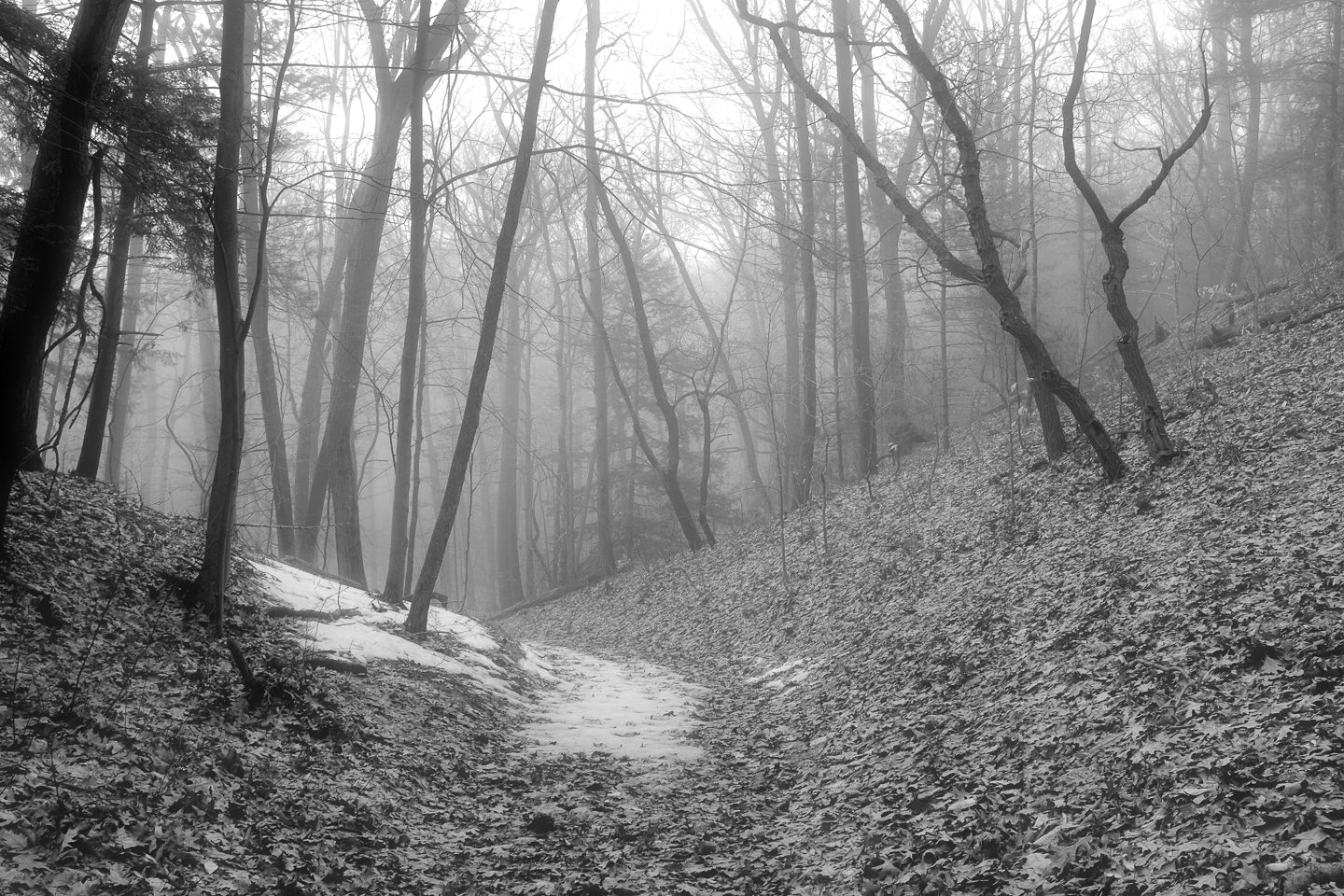 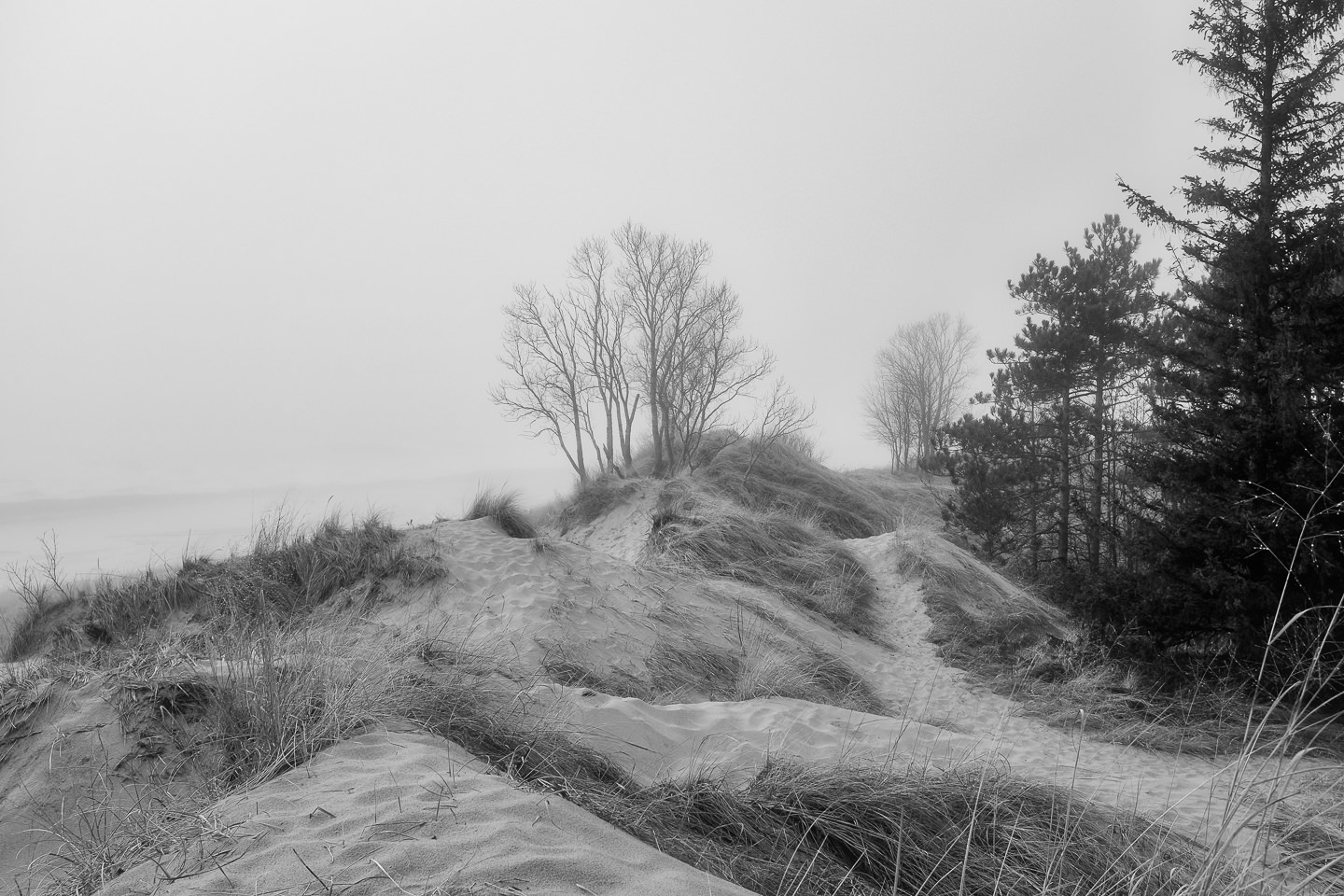 At the beach, the sun was trying to burn through the clouds without much luck, but made for bright reflections on the ice and water. 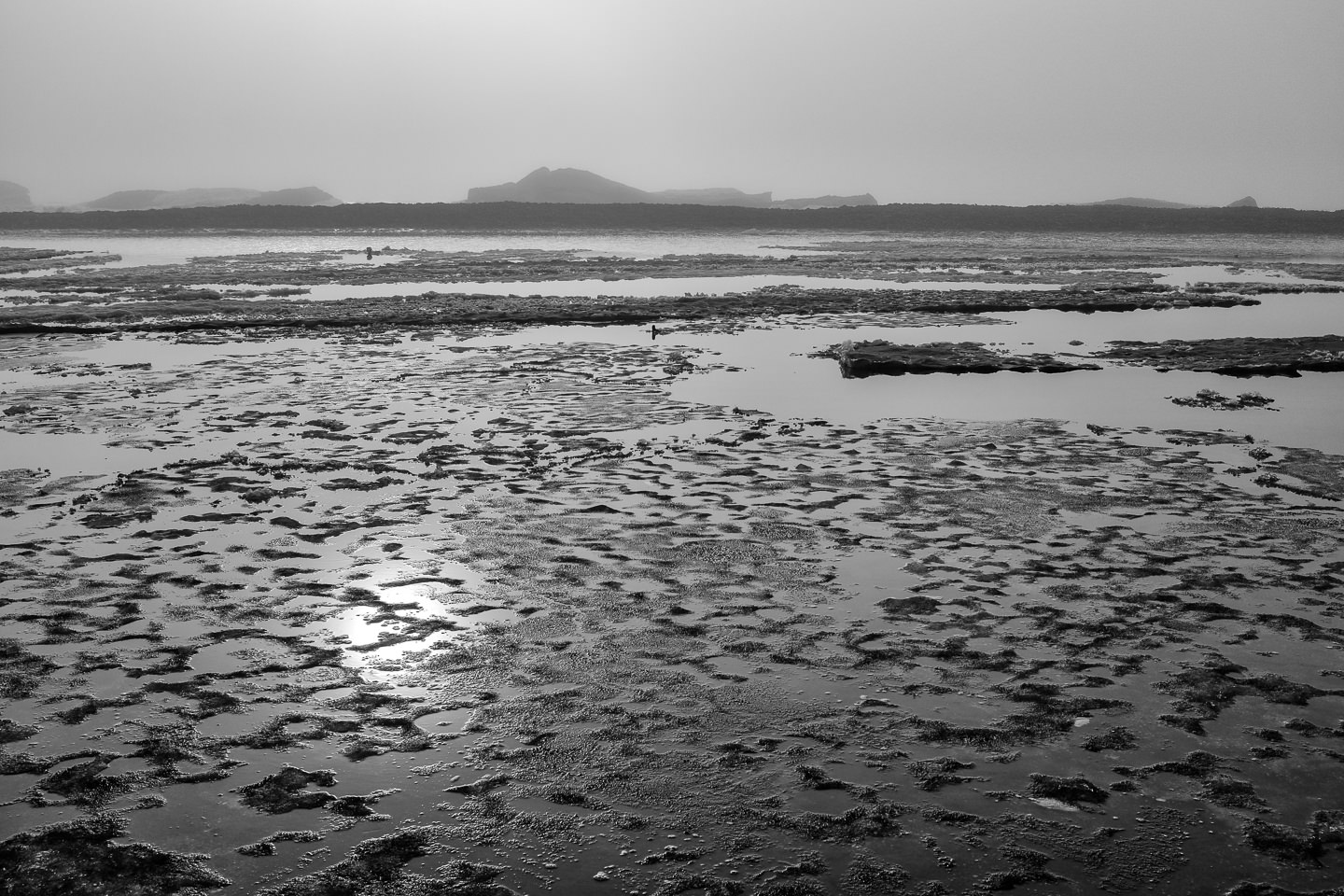 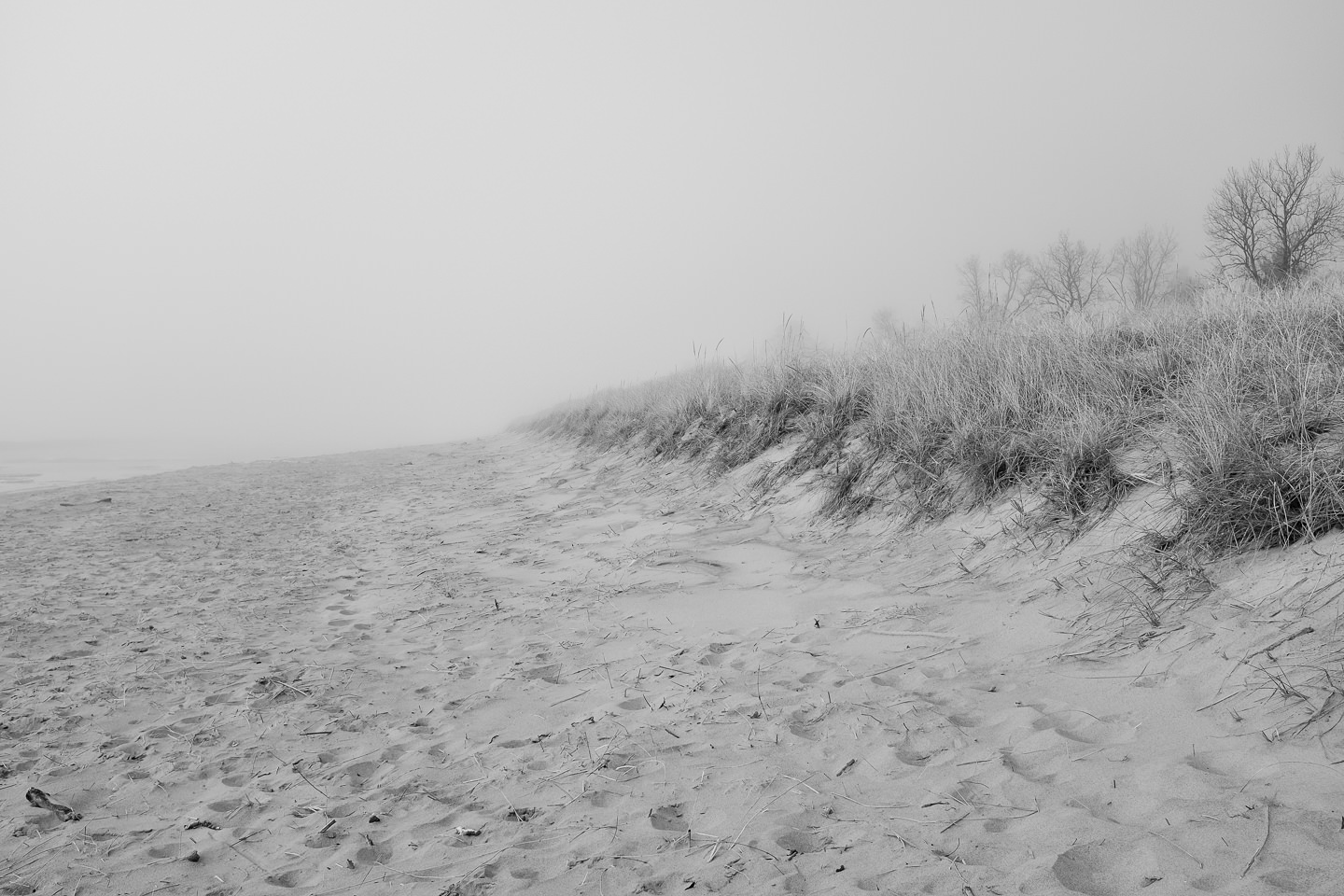 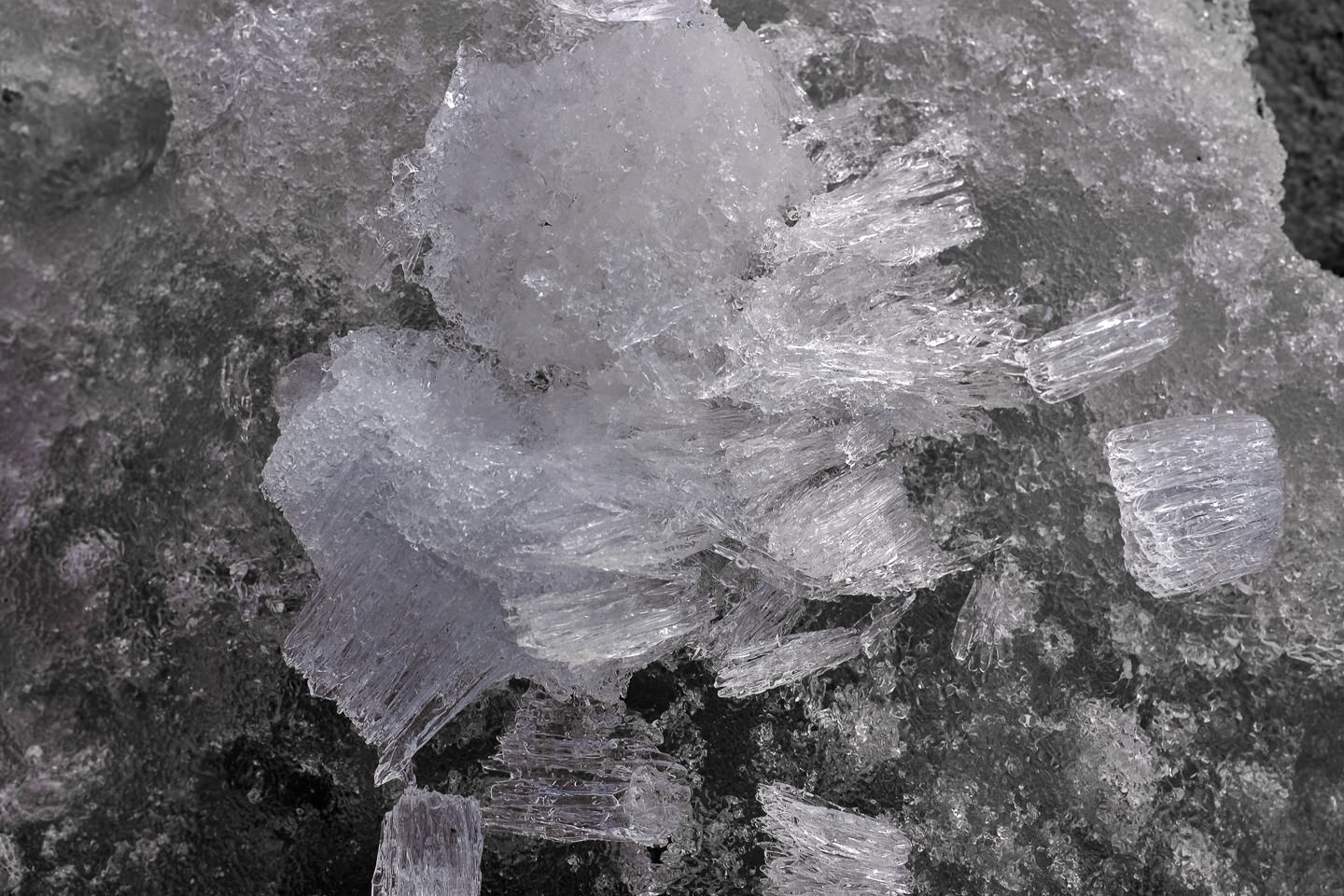 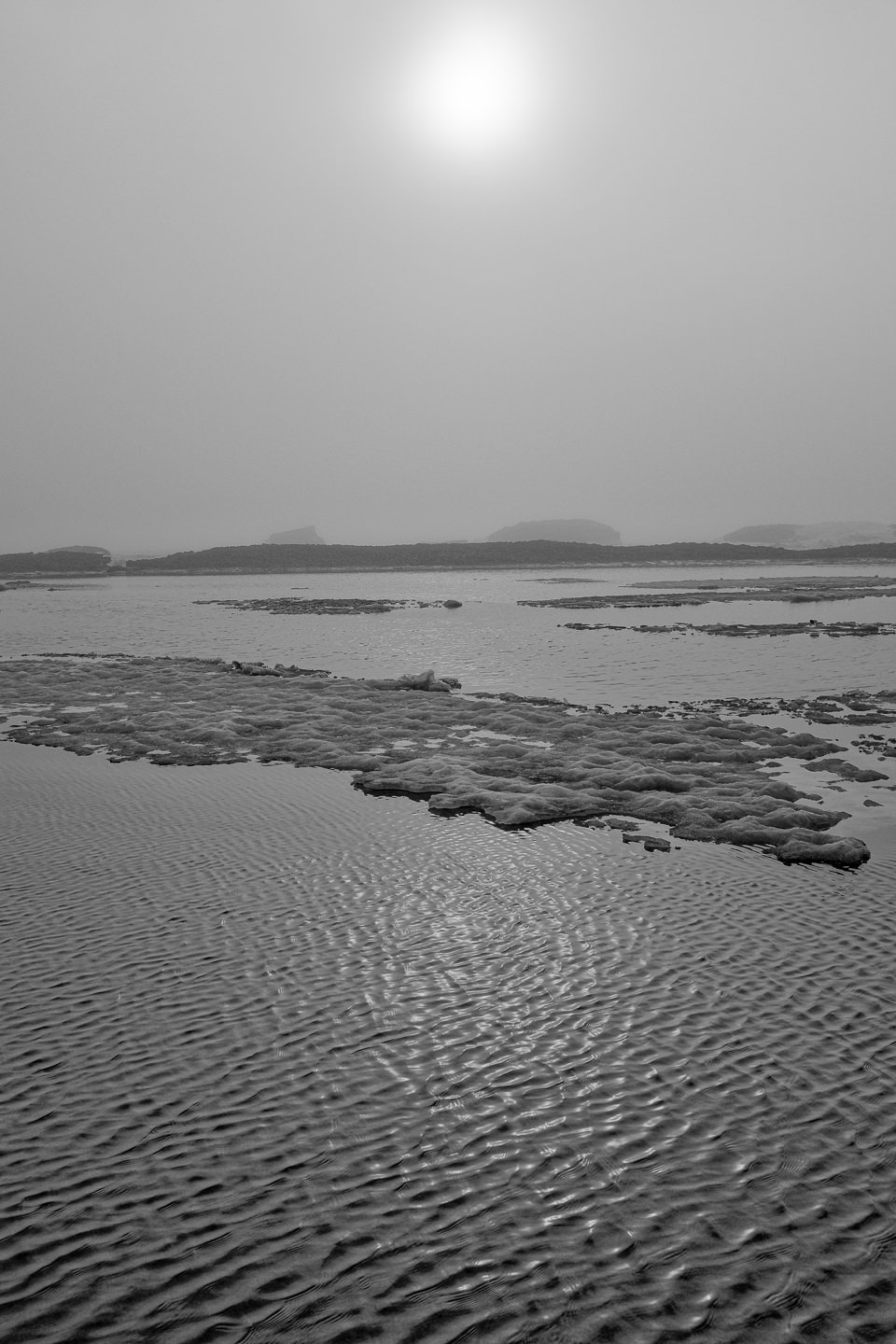 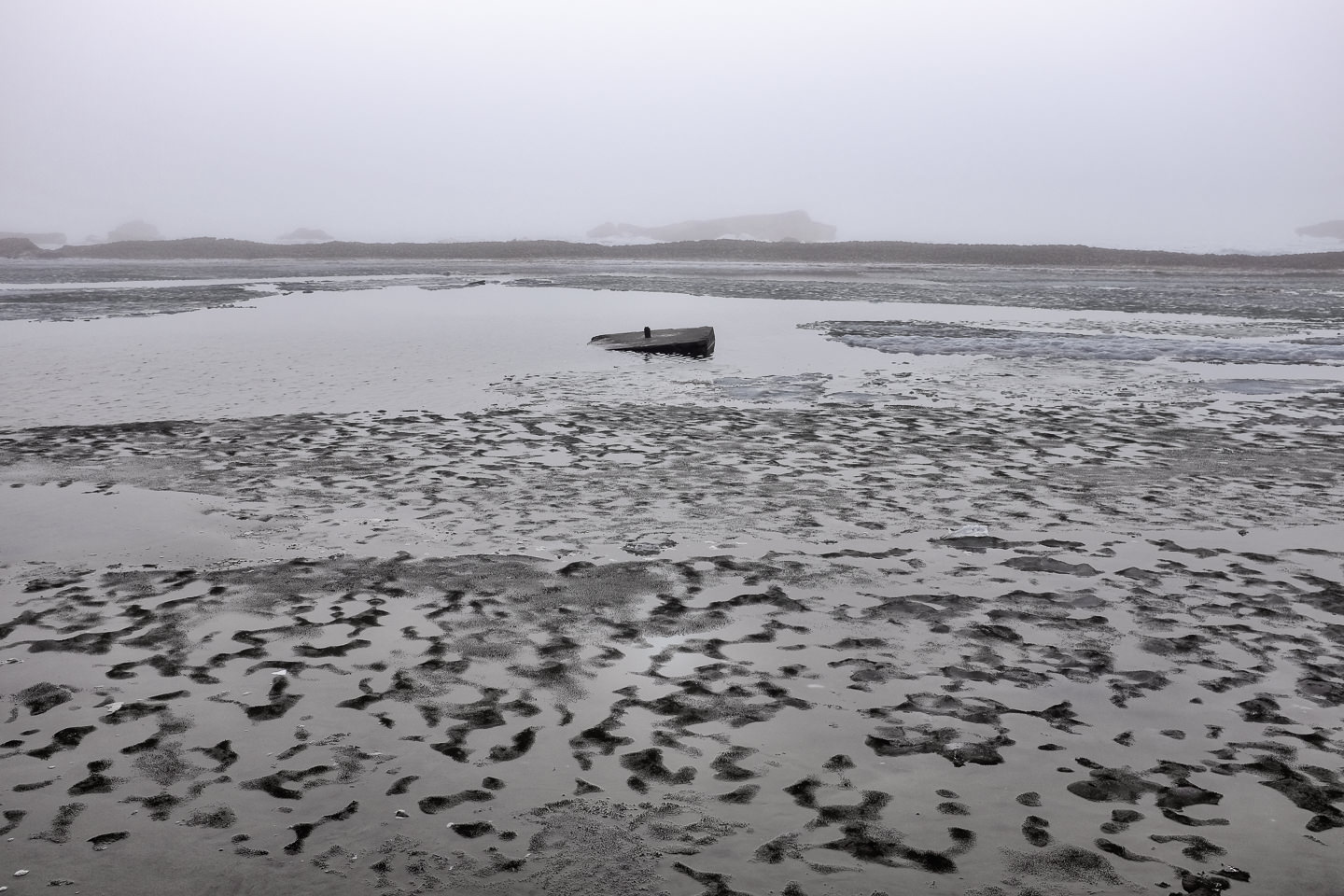 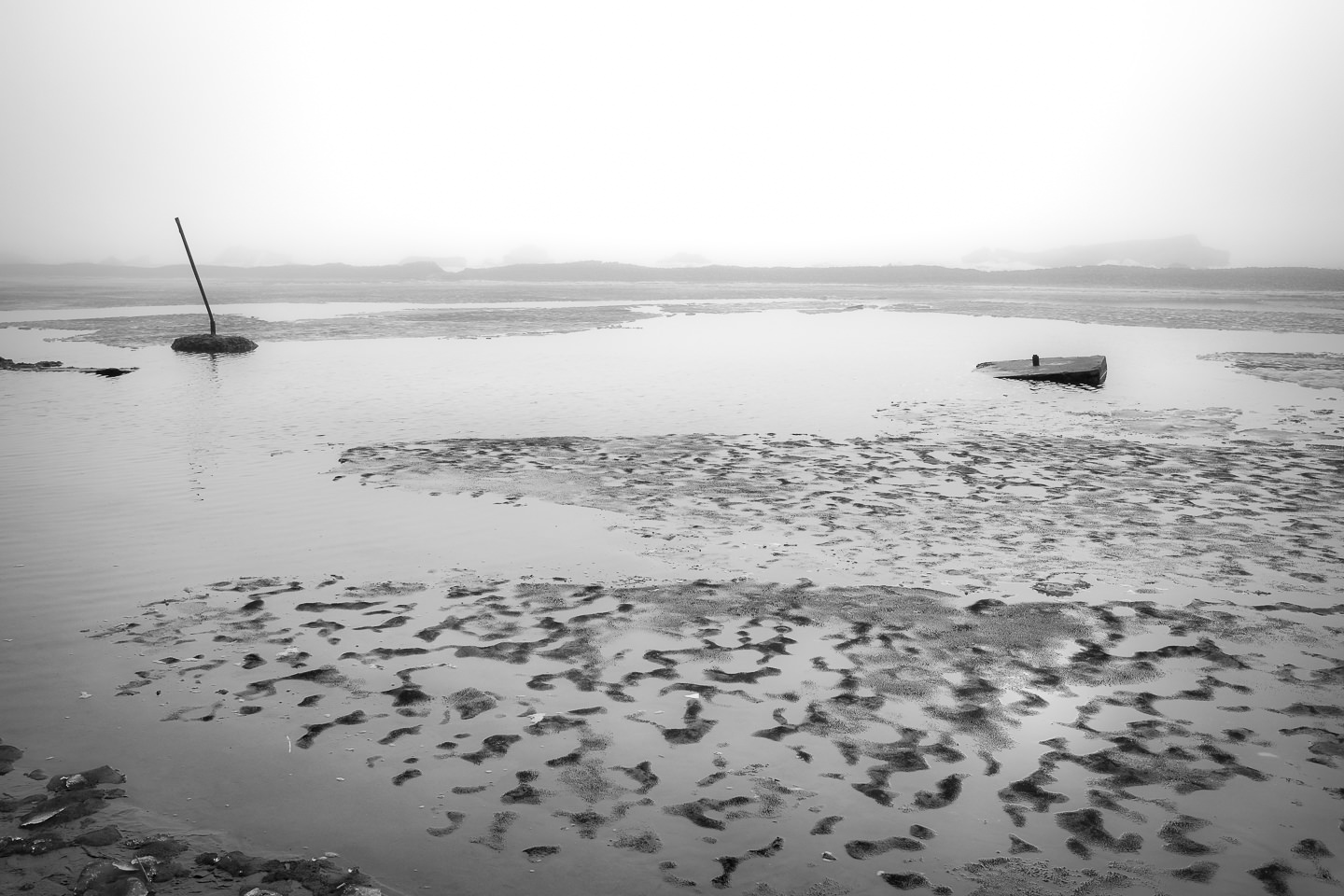 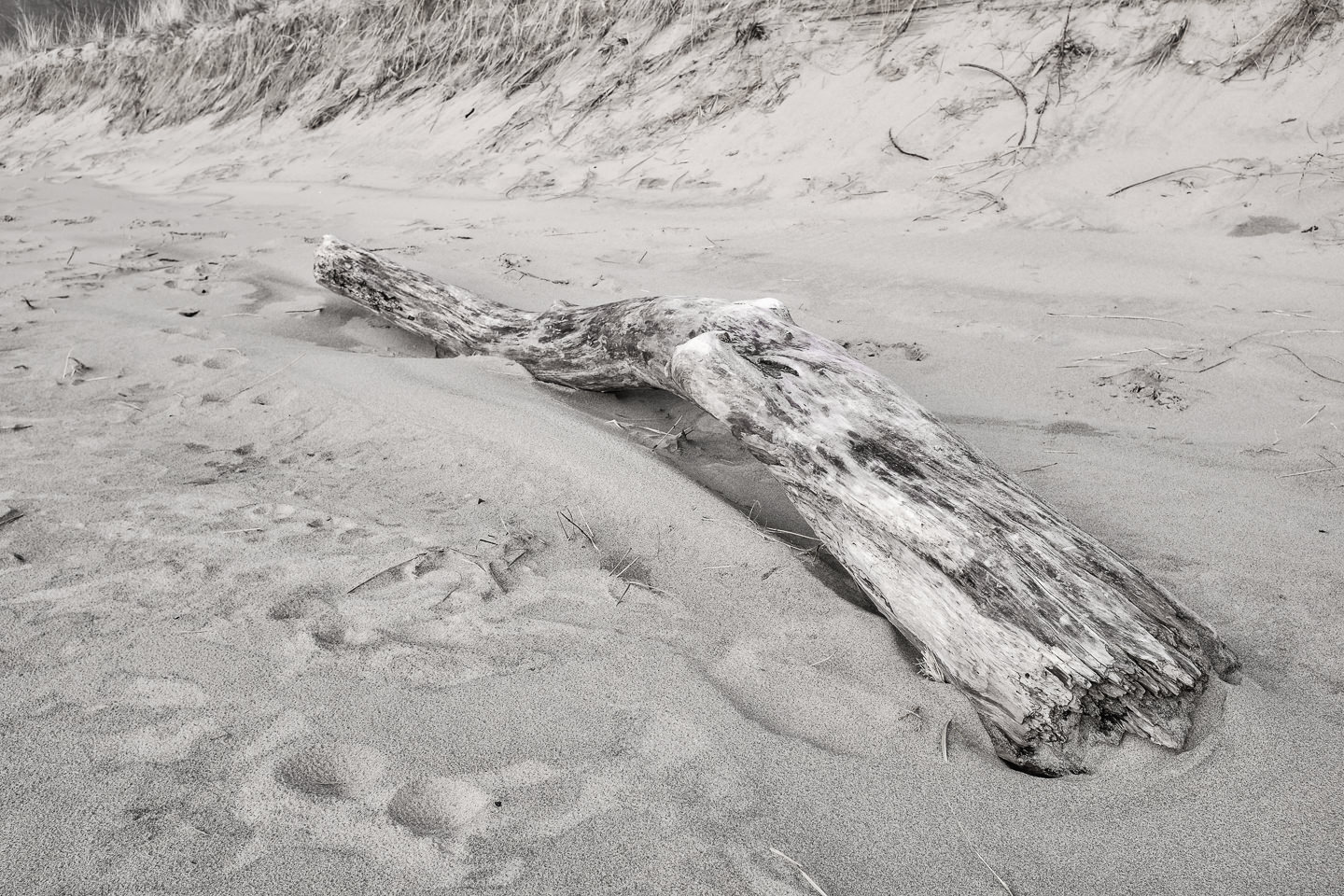 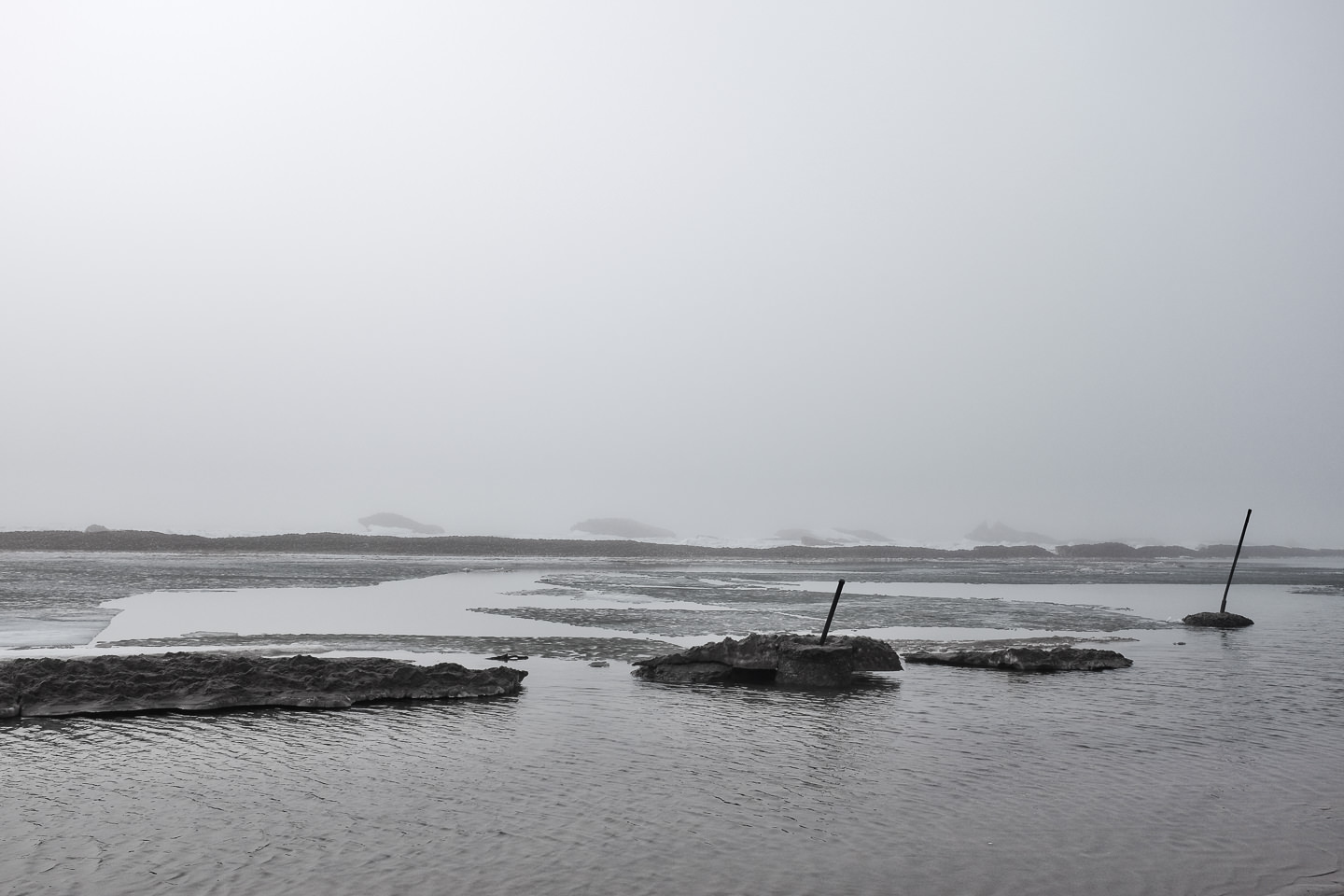 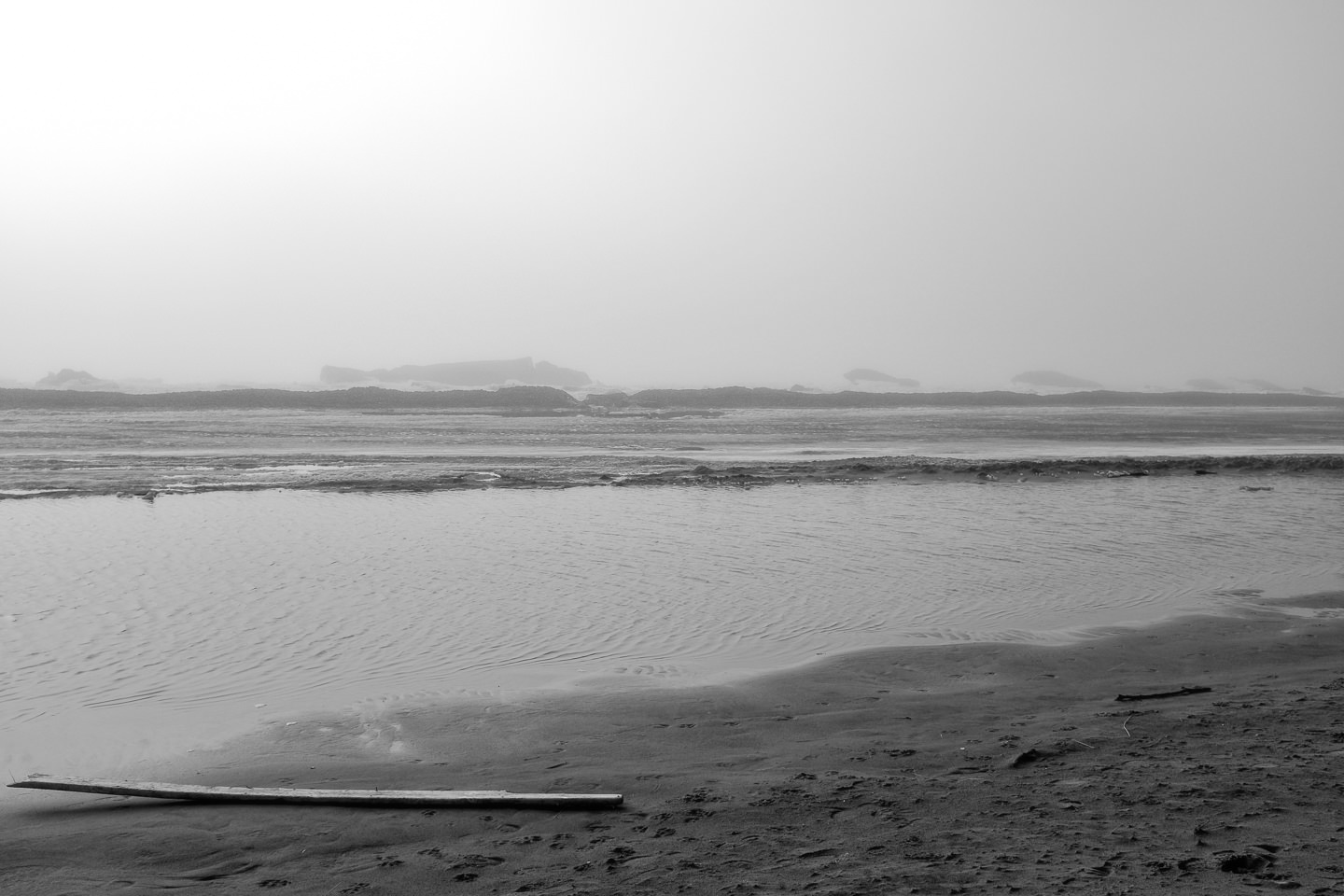 I lingered at the beach for about 30 mins before starting the trek back to the car. As soon as I passed from sand back to forest, the fog was gone, replaced by the same brilliant blue sky I had seen when leaving home. Though the fog had gone, the chill had stayed, but I bet the sunset was spectacular – I came home to join the girls upon their return from CEC.