On a recent sunny day, I made my first visit to Macatawa Greenway, on the site of the former Holland Country Club. The area is being restored to a natural state, though some of the former golf course is now an unmanicured disc golf course. At my first stop to take a photograph, below a bridge along the creek, I stood next to a rock with a large frog sunning himself on top of the rock, and a two-foot water snake relaxing under the same rock (not pictured). It’s great to see this area returning to public-use greenspace, though it has a ways yet to completely fill back in. 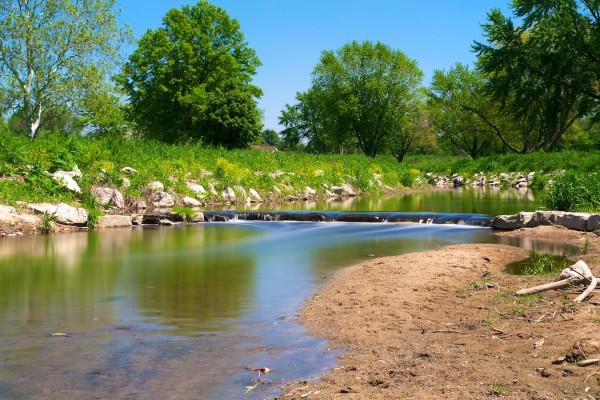 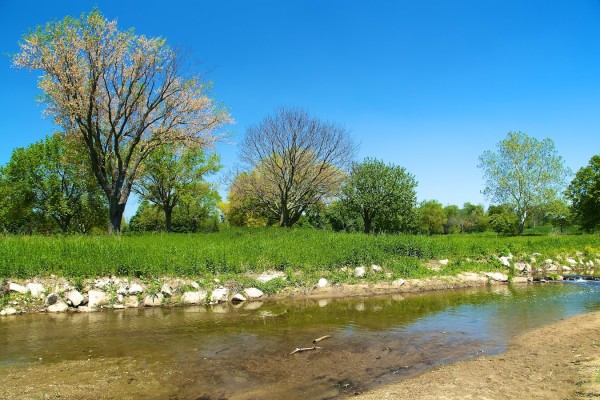 That same evening, Aly and I headed out to the Holland Lighthouse, only to discover that Big Red is no longer accessible to local folks, except on Tuesdays and Thursdays, due to David Van Andel’s new house. I’ll refrain from spewing the venom this incites in me, but will share that people from out of state can visit Big Red anytime. I have a ton more I will spare you from reading, since this isn’t really an inflammatory topical blog. 🙂

I had been planning to photograph the lighthouse as a silhouette in front of the setting sun, so we needed a backup plan. We headed south to Laketown Beach Park, with its 314 stairs (as counted by Aly) up the dune and down to the beach. We used to make regular trips to this beach when Aly was a baby and toddler for our beach & lake swimming adventures, though we tend to go to Saugatuck State Park these days.

Still seething about the lack of access to the lighthouse, I became even more incensed when we reached the beach at the bottom of all those stairs to discover that either side of the narrow beach is now covered with many signs stating that the beach and dunes are private property. Worst of all, there is actually fencing along the beach itself, with signs that we are only allowed to stay within the narrow confines of the park beach. This, of course, flies in the face of the Michigan Supreme court ruling declaring that the public has the right to walk the beach to the normal hundred-year high water line. It’s very disappointing that not only are the neighboring landowners misleading people about their right to traverse the beach, but they’ve put up so many signs indicating such that they’ve created an ugly scene along their own shore.

Anyway, I found a high bank of dune grass that would have to stand in as the lighthouse for my sunset silhouette. As Aly ran back and forth to the beach, I managed to get a couple good shots of the setting sun during a beautiful sunset. 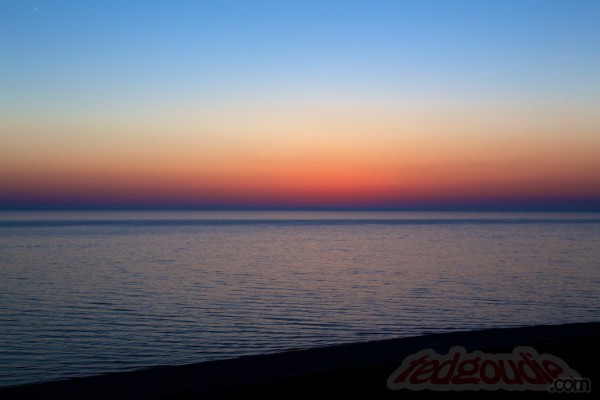 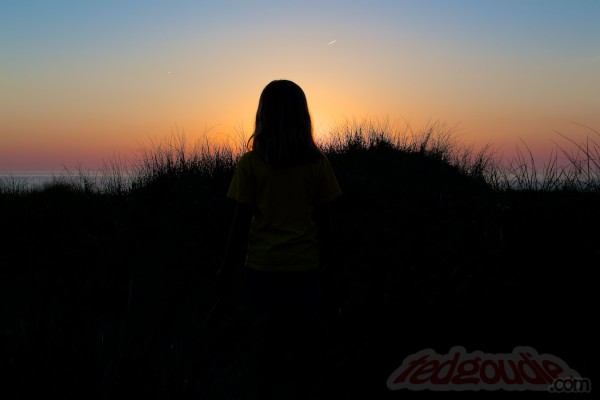 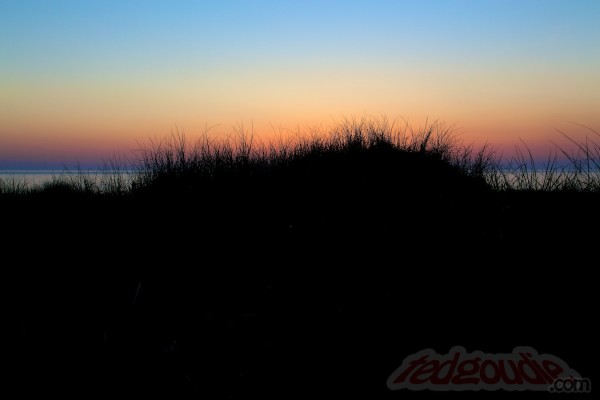 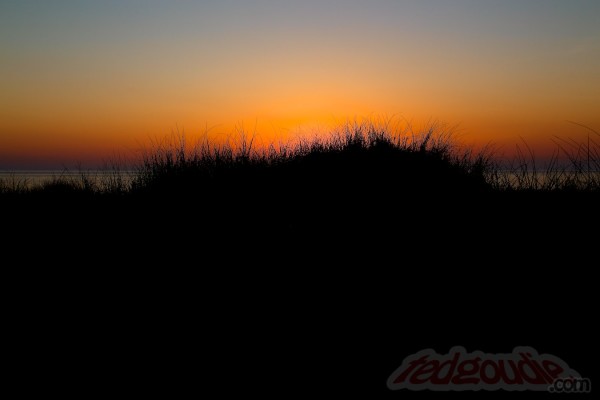