#Snowmageddon2016: After working from home on Friday, then staying inside binge-watching Jessica Jones all day Saturday while the Upstate de-iced, I was itching to get out of the house and spend some time outdoors. It didn’t go so well.

I intentionally waited a few hours later than I would usually leave, because it had gotten cold overnight and they were saying black ice would be a problem. It was sunny and in the upper 30s when I headed out towards Dupont State Forest. The roads weren’t bad, except in shaded passages, where I slowed a bit to allow for the possibility of ice. I headed up Locust Hill Road, then US 25 to Highway 11, before making the turn onto 276 which would take me over Caesar’s Head and into North Carolina to Dupont.

I had wondered what condition the tight winding road up to Caesar’s would be like, and I was right to wonder. 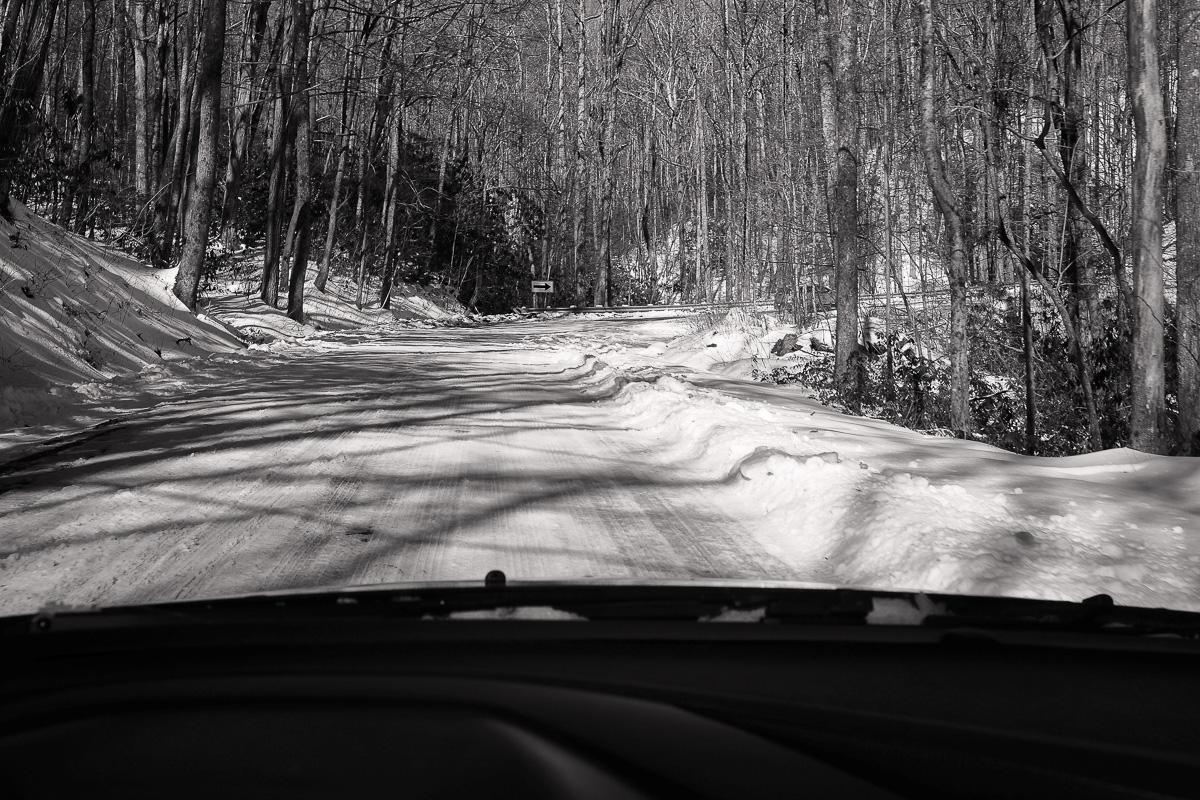 I had just passed a plowing crew that consisted of a road grader and four (!) plow trucks, scraping the snow down a bit and spreading dirt. There were two cars ahead of me heading up, and we didn’t pass a single car coming down. I thought that was interesting.

I rounded a bend and took this picture of the sloppily packed snow: 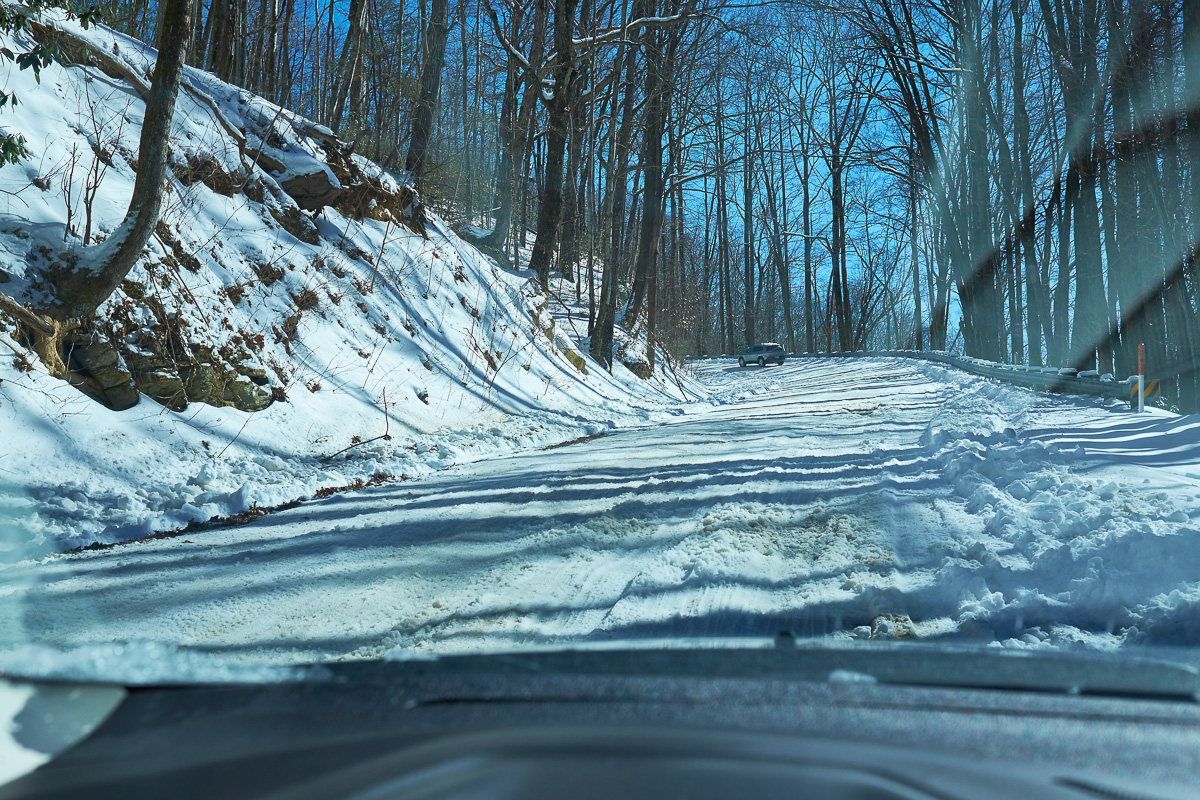 That patch between the shadows looks particularly troublesome

And then promptly got stuck in that sloppily packed snow. After about 5 minutes of reversing/low gearing, I was headed back uphill. Thankfully no cars had come up behind me during this time. 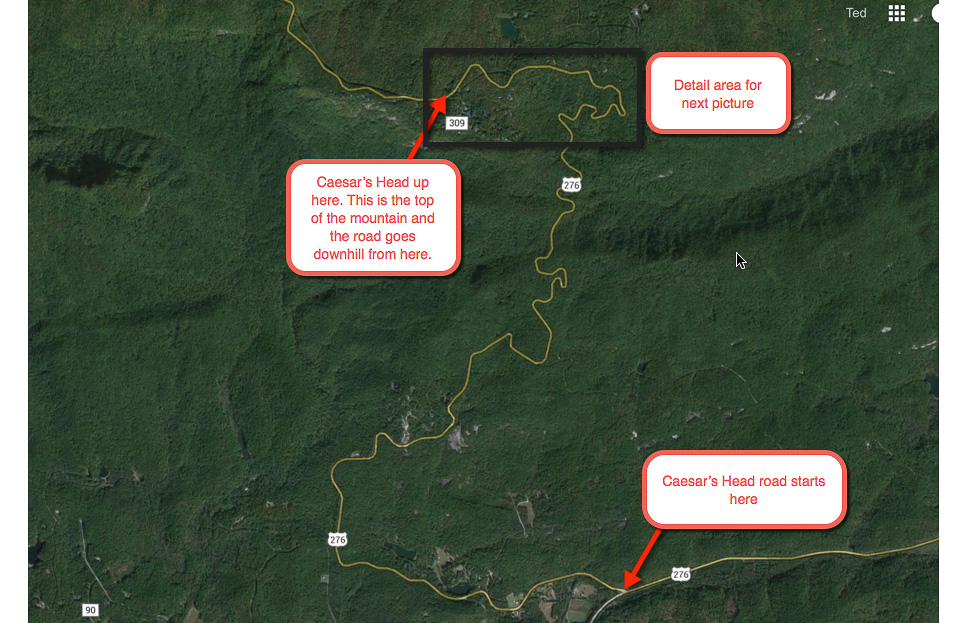 You could consider this foreshadowing

As I rounded the corner towards the Cliff Ridge subdivision entrance, a small car pulled out of that sub and headed up the mountain in front of me – slowly. After getting stuck earlier, I knew this could be a problem.

As you can see above, I got stuck shortly after that subdivision, because I was going so slow that I was sinking in the melting top few inches of the snowpack. I spent about ten minutes reversing down, then making tiny progress up, then getting stuck again. I finally gave up and reversed all the way back down to the subdivision, where I had an amusing conversation with a couple of old guys standing there. They said helpful things like “Man, you’re almost to the top – the flat part is right around that corner.”

But I gave up and turned around, heading slowly back down the winding mountain road, passing the plow crew and many other cars heading up.

I was not deterred, nor even really frustrated at this point. I figured I’d head a few miles west and go to another of my favorite spots: Table Rock State Park. Highway 11 was in excellent shape, so the drive only took a few minutes.

Closed! I had not even considered the possibility that the State Park might be closed. I saw this as an opportunity to head further west and visit a park that was on my list but I had not made it to yet: Keowee-Toxway State Park.

You know where this is heading: Fail #3

Yep, this park was also closed.

So I kept heading west and….success

Further west, there is another park on the list that I had yet to visit: Devil’s Fork State Park. And this one was open!

By this time, I had been the car for more than two hours – hardly the hike I had geared up for, but I was thankful just to be outside.

I actually never got to hiking, but I did a couple hours in the sun taking photographs of the lake and some of the scenery at the boat rental/beach area.

I made a few long exposures with my Lee Big Stopper to smooth out the water: 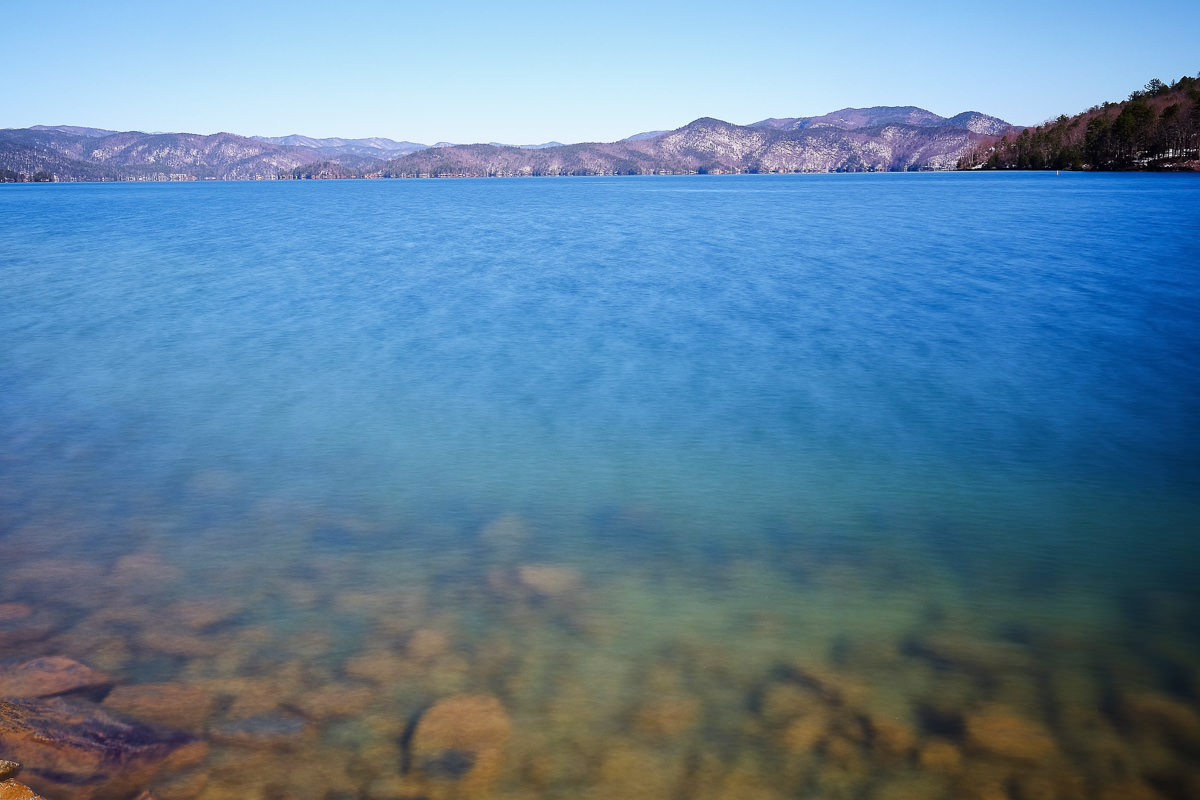 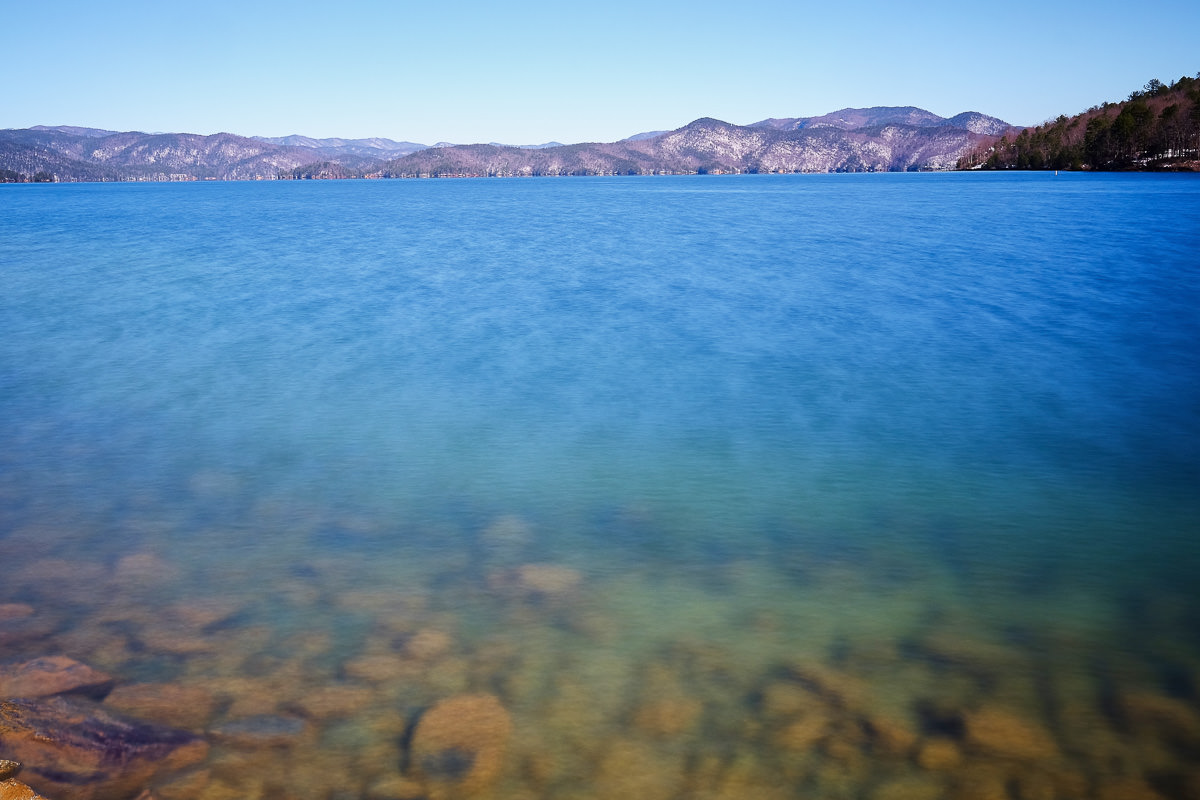 Then grabbed several faster ones once the lake settled down a bit: 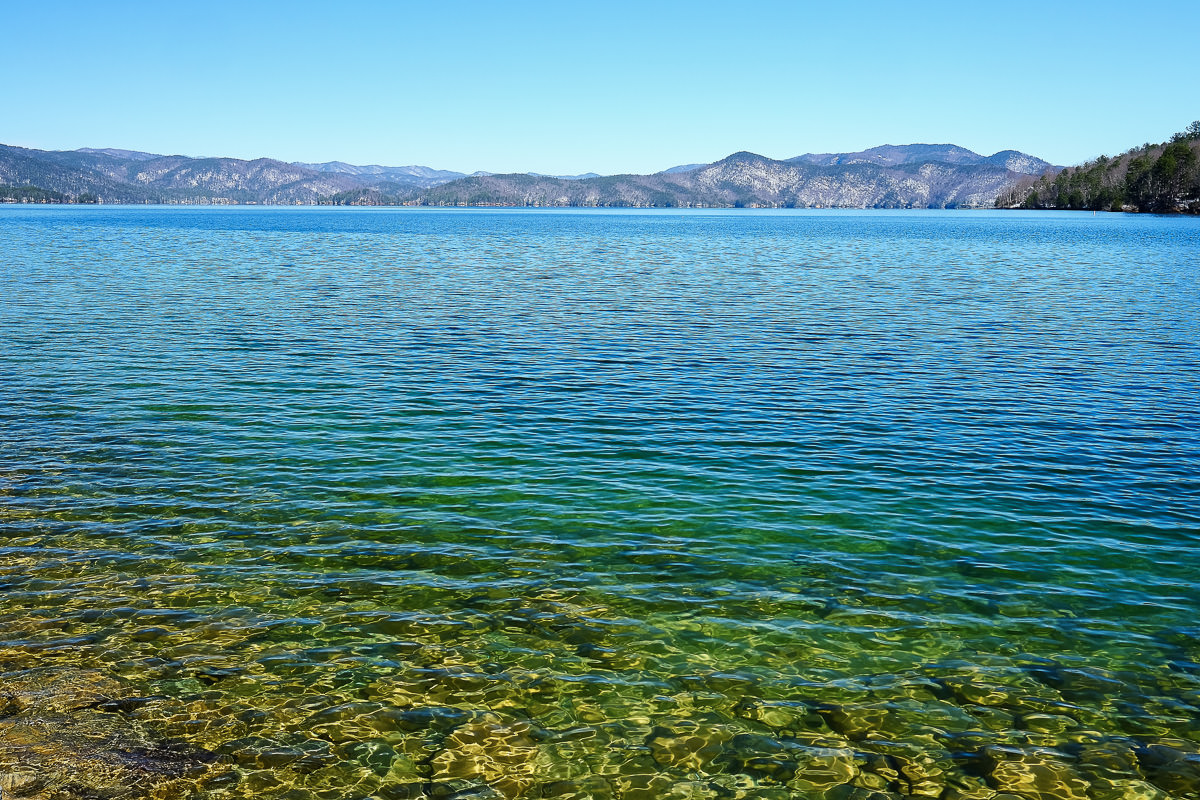 And then thought I’d get the rental kayak fleet into a few pictures to add some color: 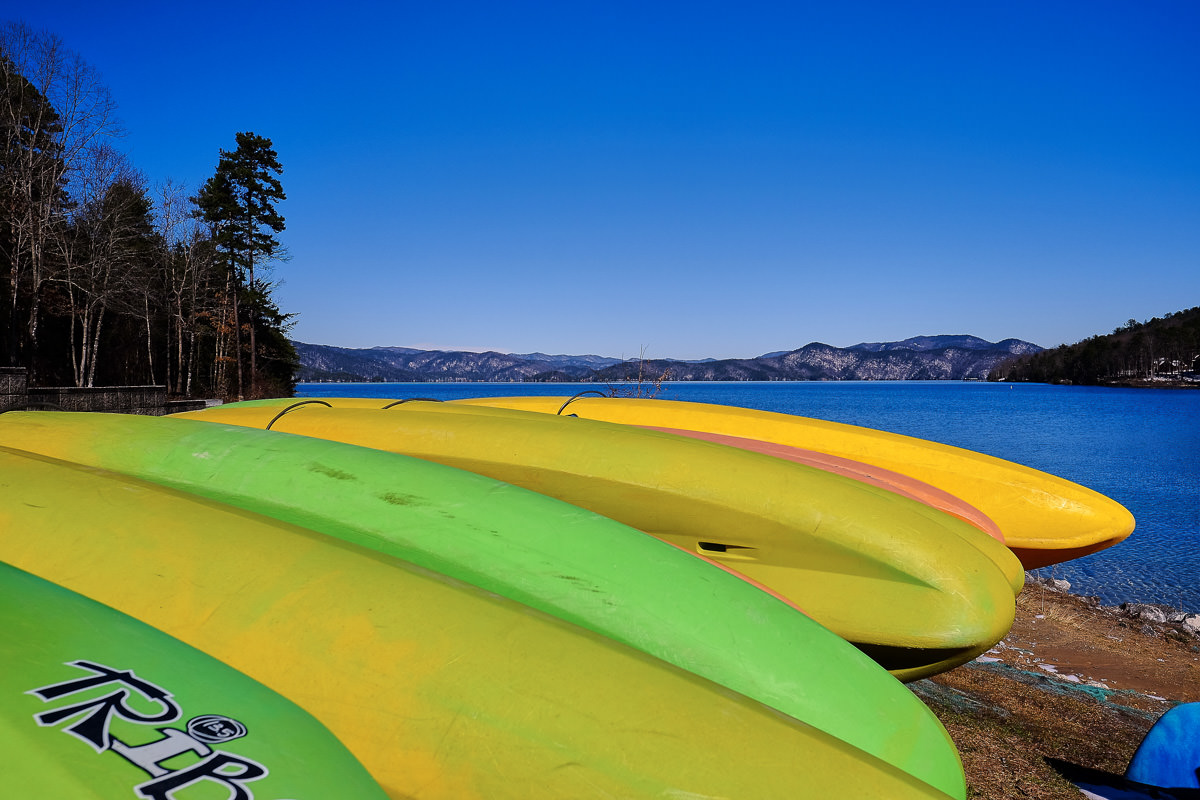 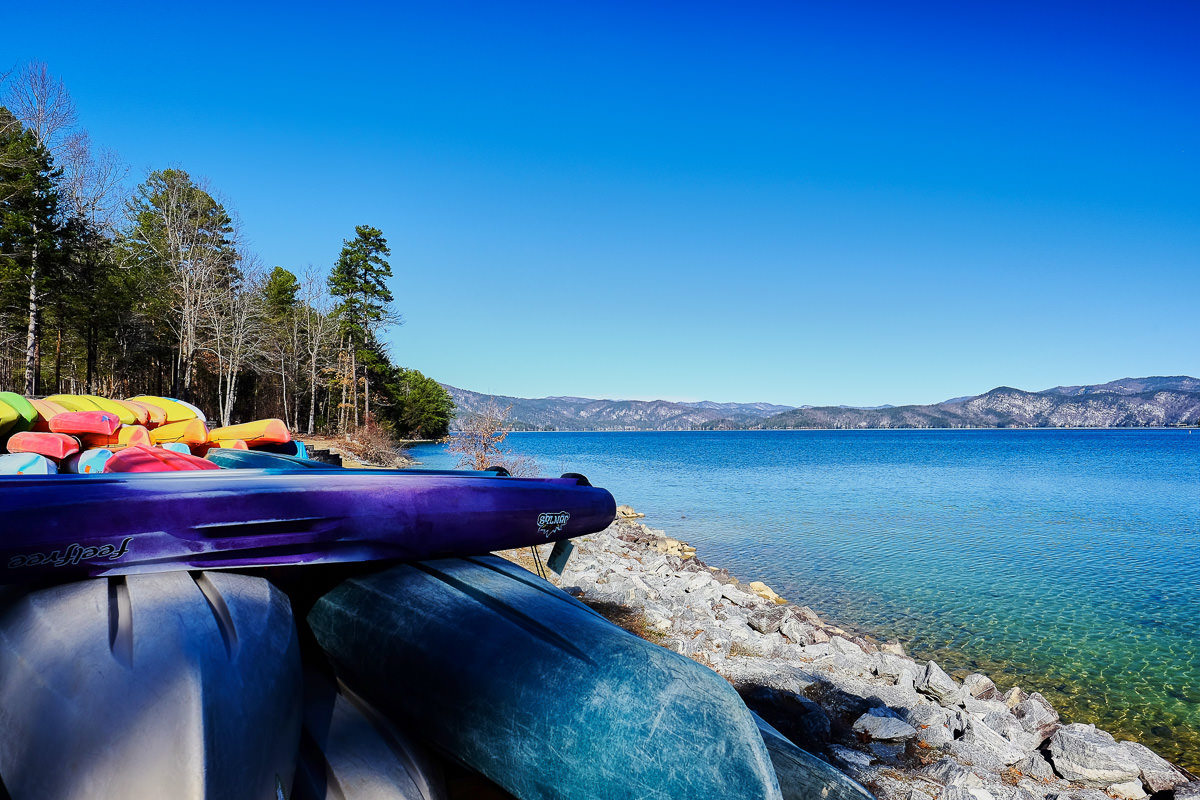 Then I took a selfie (well, sort of): 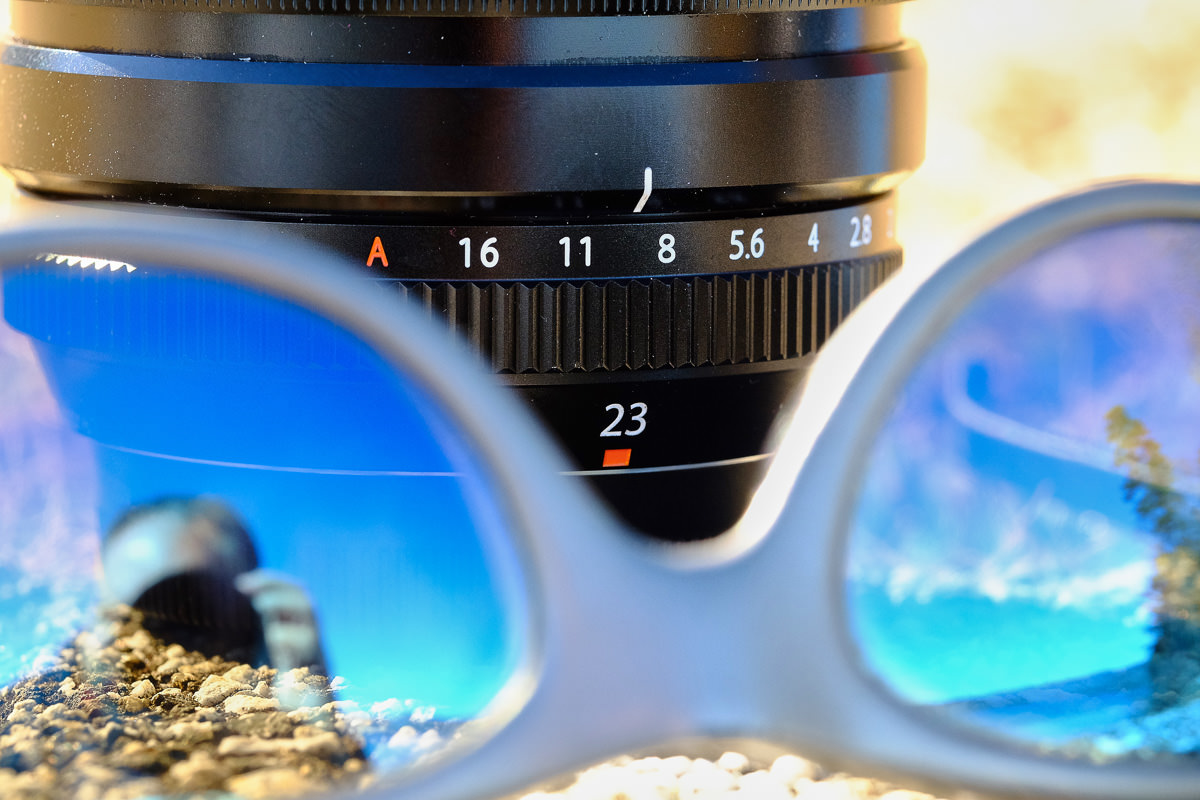 I then took a bunch of pictures of the Fuji lenses I had with me for an upcoming blog post series: 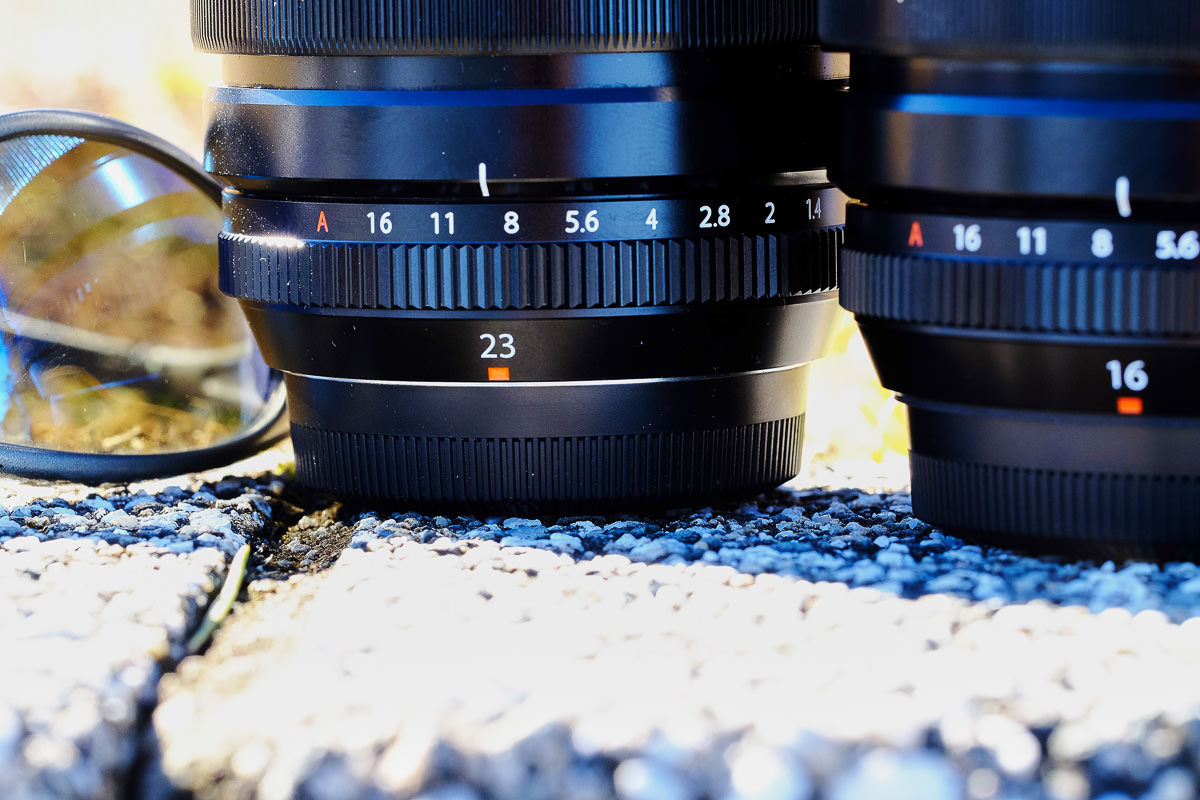 While I was there, several people put boats in and took boats out, including two kayakers. This guy was heading out to fish: 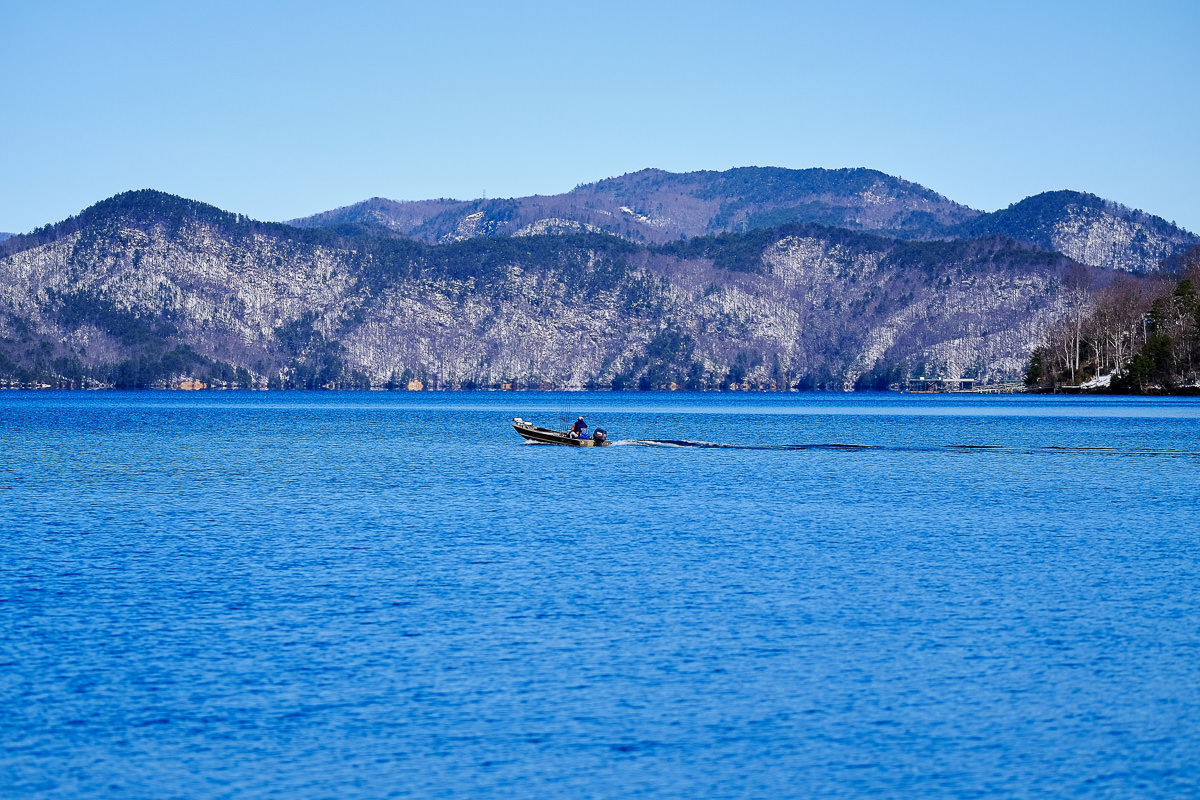 There were also some pretty pissed seagulls hanging around.

I packed up and started the now 90-minute drive home, since I had wandered so far west.