Saturday was Leah’s third birthday and also our day to travel home to icy Michigan. We got kind of a late start because we had to finish packing up before we could head out for the park. As we walked towards the main lobby of the resort, we had Aly give away the girls’ balloons to another family with small kids, then we rolled through the lobby and dropped off our checked bags at the Resort Airline Checkin desk – a great feature of staying at a Disney resort. We hopped in the vacation car and waved goodbye to the Polynesian, then drove to EPCOT. 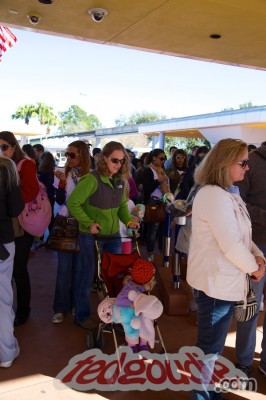 We weren’t going to have much time in the park before we’d have to leave for the airport, so I suggested that we try something we hadn’t ever done before, or at least hadn’t done for a very long time, the Universe of Energy. We cut through Innoventions and got to UoE just as they were letting people in, but read the sign that said it was a 45-minute ride with loud noises and dark sections, and figured it might be a bit much for Leah. Rachel took Aly on the ride, which Aly had never been on, and Rachel and I had not been on in at least ten years, and it’s changed a lot since then. Now it features Ellen Degeneres and Bill Nye, and back when we did it, Ellen wasn’t a part of it, and I don’t remember it at all. 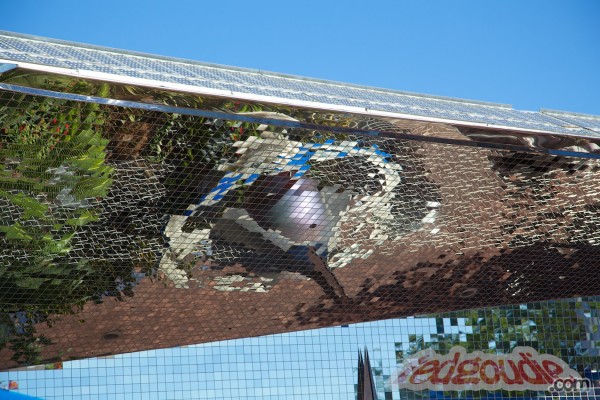 Meanwhile, I took Leah over towards the Living Seas, which required us to cut through both Innoventions. As we passed through the second one, Leah decided she wanted to play in the “Fire House” (not a firehouse, mind you), so we stopped in there for about fifteen minutes while she climbed around on various things. 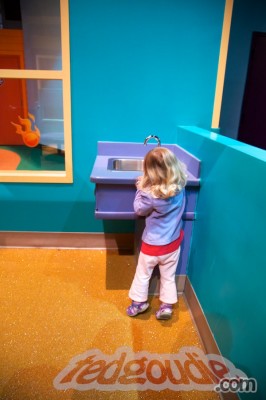 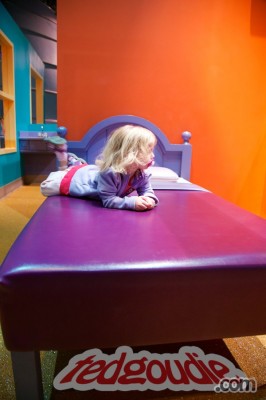 After that, we headed towards the Living Seas, known to the modern masses as the Nemo ride, and spent a few minutes talking to the Nemo seagulls in the language of Mine Mine Mine Mine Mine, which is entertaining for both of us. Leah didn’t want to enter via the Nemo ride part, so we took the back entrance in the Living Seas through the  store and she loved seeing the small rooms on the lower floor with the little tanks of seahorses, lionfish, clownfish, pipefish, and all the other interesting species of small fish. Next up was the tank with the manatees, who were munching on lettuce as usual, except only manatee had a head of lettuce, and the other manatee kept bumping into it playfully trying to take it away, despite the 30 other heads floating on the surface of the water. Lele was amused. Then we went upstairs just in time to catch the dolphin feeding, so Lele was against the glass while the dolphins were jumping out of the water, doing tricks, and speeding around the tank. It was an awesome sight. 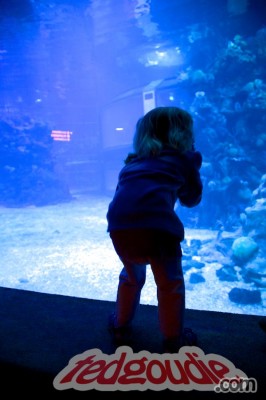 After the dolphins had their fun, we went down into the round main viewing area, which was nearly empty, so Leah was able walk along the glass wherever she wanted. She had fun spotting sharks, giant rays, and in one area where they’ve placed three rings of stones to form a Mickey head, a giant sea turtle sitting right on Mickey. 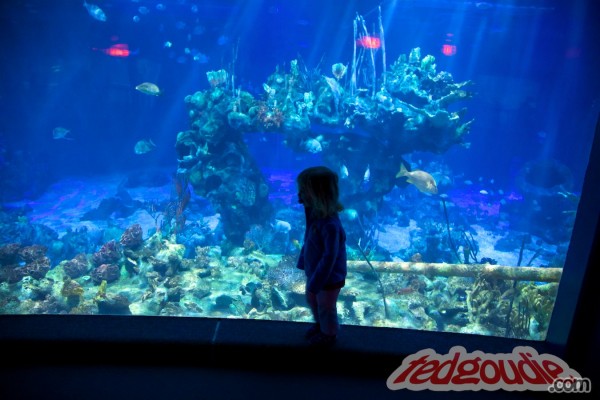 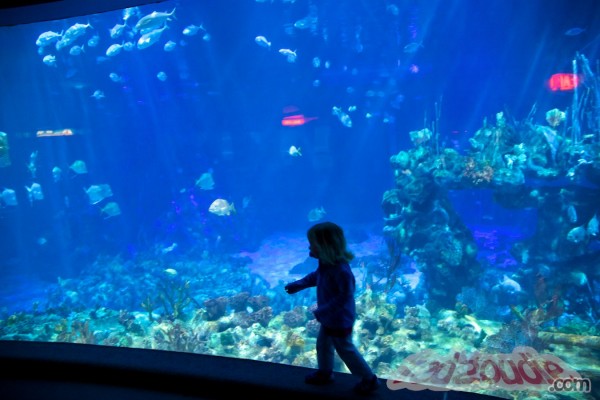 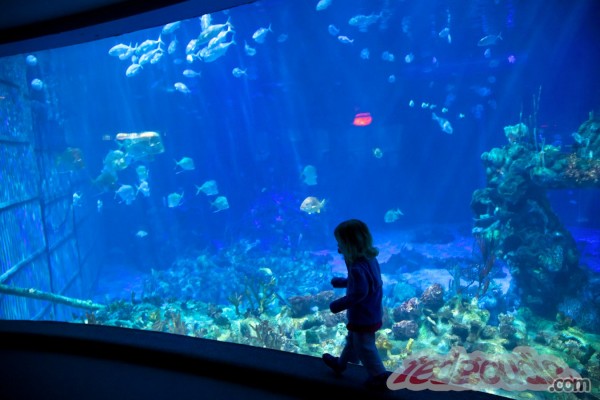 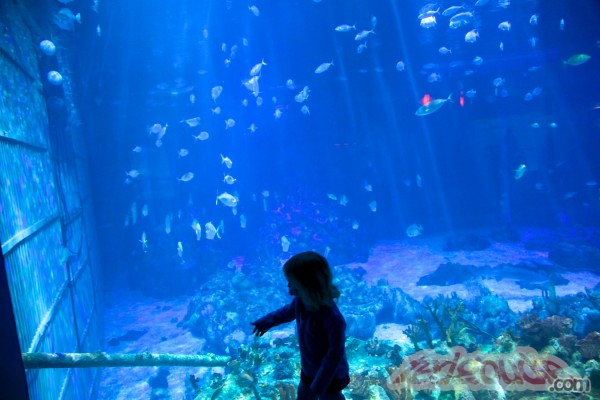 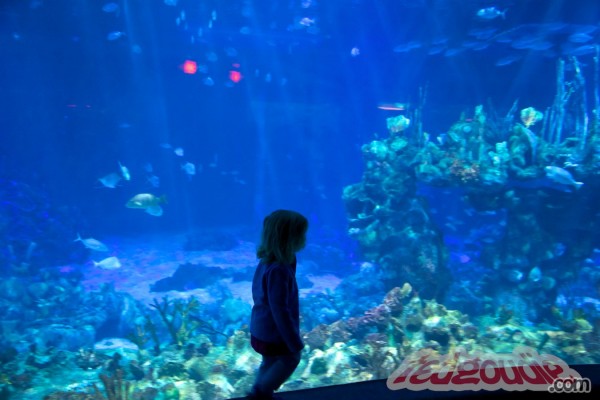 Leah and I then headed out of the Living Seas, and around to the other side of the building, where the Coral Reef restaurant is located. We had to wait a few minutes for Rachel and Aly to finish their UoE ride and make their way across the front of the park, but then we were quickly seated. 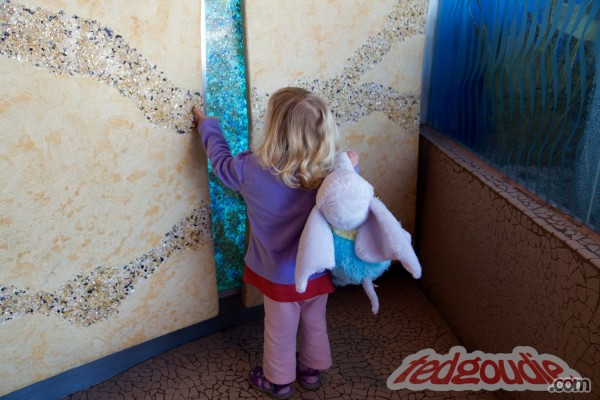 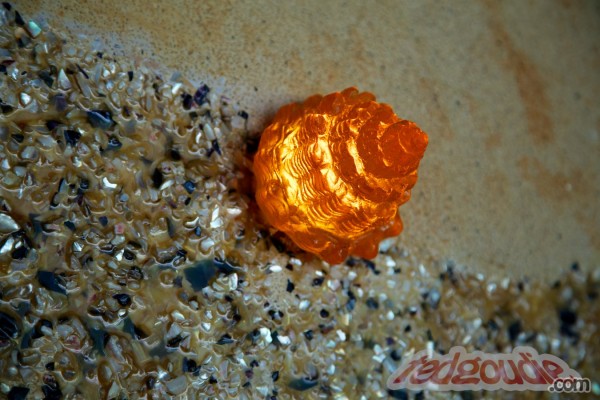 Here’s the trick about Leah and I exiting the building and walking around: all we did was walk from one side of the aquarium to the other. 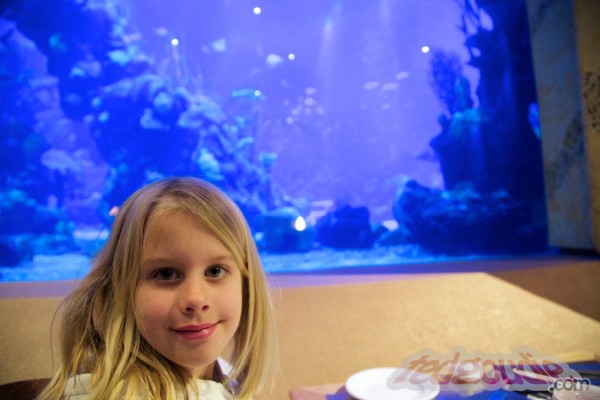 We’ve eaten here many times and the food has always been great. The atmosphere is exceptional, and when you score a table right against the glass, like we did this time, it’s even better. 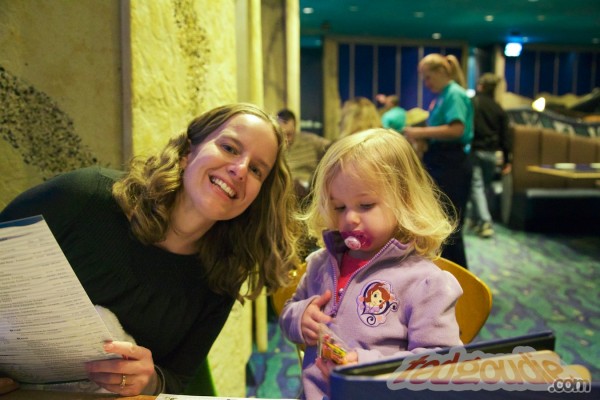 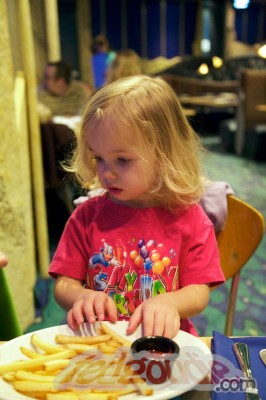 I started off with the plainly titled “Field Greens”, which was described as something like “Pomegranate Vinaigrette, Bleu Cheese, Proscuitto.” Sounds great, but not the most overwhelming description in the world for an appetizer salad, right? 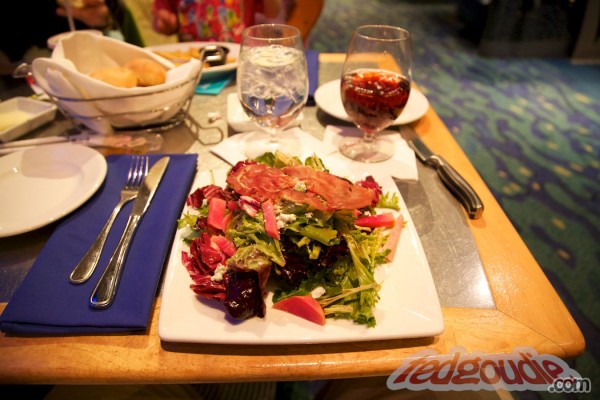 It was incredible! The beets were great and the dressing was just the right balance of acid and sweet. I didn’t take pictures of the rest of the meal, but Aly had a pork tenderloin off the kids menu (yep) that came with an Apple marmalade and she was begging for more. I had a NY Strip that came with broccoli rabe and cream cheese scallion mashed potatoes which was very good, and Rachel had an excellent chicken caesar. You can see in the picture above what Leah chose for her birthday lunch. Our server, Halil, was exceptional and took great care of us the whole time. We also had regular visits from sharks, rays and lots of other fishes. 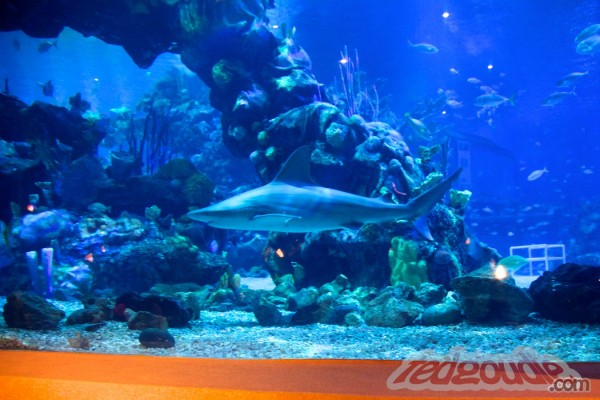 After we paid the check, it was time to head out of EPCOT and the World overall. We said goodbye to the big golf ball, the yellow monorail, and the parking tram (it was a pretty sad parting for the little girls). 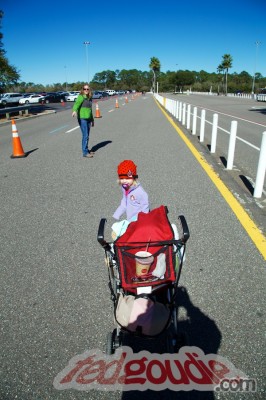 From there, we gassed up the vacation car and headed onto the toll road towards the airport, after discovering that the unmanned toll machines do indeed take pennies (rookies!). We had to check the carseat and then breezed through security before taking the shuttle train out to our gates and discovering that our flight was going to be a bit delayed. We (of course) got a smoothie and made our way toward the gate, got the usual 3+1 seats together when we boarded, but we changed the seating up this time to avoid the armrest fighting that occurred on the southbound leg of our journey. This time, Rachel sat between the girls, with Aly at the window (she keeps the shade down the whole flight, so I don’t know why she insists on the window) and Leah in the aisle seat across from me. She was still wearing her Disney “It’s my birthday!” shirt, so all the people filing on the place behind us wished her a happy birthday, which she liked.

We actually got into GRR pretty close to our scheduled arrival time, despite leaving MCO 25 minutes late. I went out to the parking garage to start the car and grab the winter coats while the girls got the bags off the carousel, then we loaded up and headed for home. Once we got home, we had Leah open a few presents, including her present from Grandma Jan and Grandpa Bill, which she opened live over FaceTime while they watched. We also celebrated Leah’s birthday on Sunday since much of Saturday was taken up by traveling.