Unleash The Villains turned out so poorly that I actual wrote a letter of complaint to DisneyWorld’s Guest Relations department. This is the essence of that letter, edited slightly to increase bloginess.

I have just completed my 20th trip to DisneyWorld, a special trip planned to attend the Villains Night event at Disney’s Hollywood Studios that was part of this year’s Limited Time Magic promotion. Three members of my family attended, leaving our youngest home with arranged childcare. Villains Night truly was the reason for our trip, as we stayed only two nights to fit the trip around school and work.

Two nights hotel plus three airline tickets from Michigan is a fairly sizeable investment for a special event, but we felt it would be worth it, as the event was touted as a “never before, never again” event not to be missed.

The actual Unleash the Villains event last night turned out to be a very disappointing experience that was not up to Disney standards. We rode a Friendship boat from Beach Club to DHS around 4pm, and made our way into DHS, where we saw the Villains stage and then took in the Indiana Jones Stunt Show, which was excellent. We also visited a store and inquired about event merchandise, but were told that the merchandise could not be sold before 8pm when the event started, so they suggested checking back. We noted the locations of the character greetings, which a cast member told us would start at 8:30, with fireworks at 11pm. 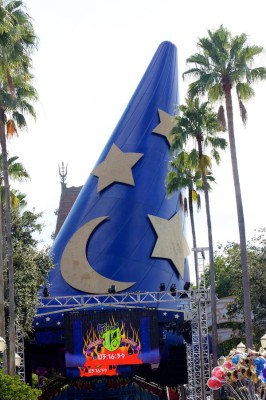 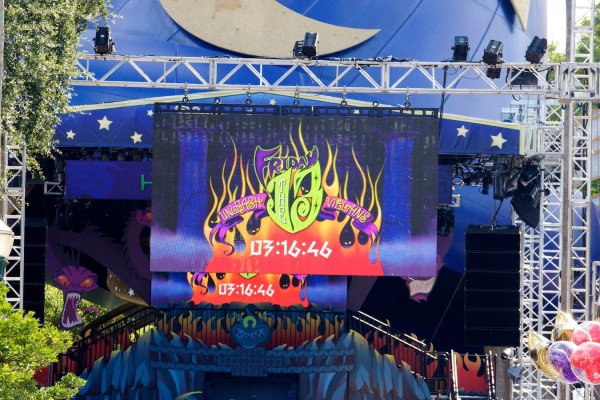 After dinner, we rode TSMM then headed to the sorcerer’s hat, since it was now 8pm and the Hades dance party was starting. The area around the hat was a crush of people, with no dedicated routes being maintained for people to move, and very few cast members directing foot traffic. We made our way through a dangerously small path in the crowd and headed towards the meet & greet locations we had observed earlier. Despite it being 30 minutes before the M&G started, the lines already wrapped all the way around the lake and were completely disorganized, with no physical barriers to delineate the lines and no cast members in sight to keep the lines orderly. 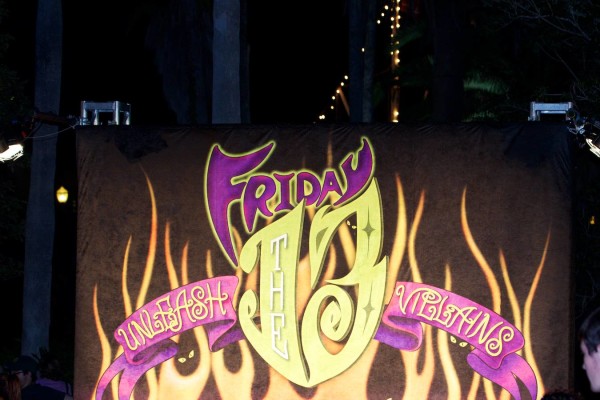 Because we could not easily identify the beginning or end of any M&G lines, we selected a spot where we could see one of the M&G backdrops and elected to instead just try to glimpse the characters, having heard from an off-duty cast member that the lines were already more than two hours long. This area was absolutely overcrowded chaos, and there were woefully few cast members available to manage the crowd or answer questions. We did find two cast members, and we inquired about where the lines began, and which characters would appear at which M&G. Both cast members said “I’m not sure, they haven’t given us the details” which reflects the disorganized atmosphere. 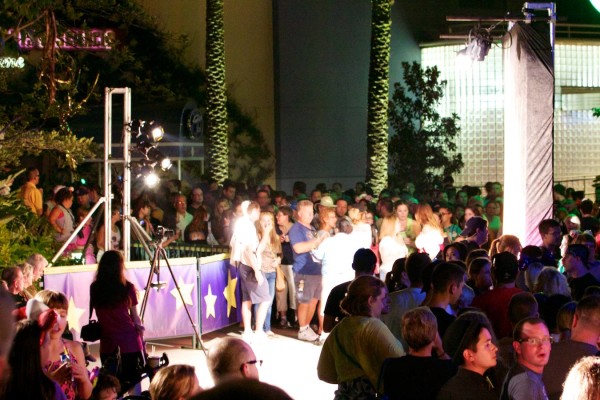 The M&G was scheduled to begin at 8:30, but characters were still not present at 8:50, so we decided to instead leave the park, as we were continuously being bumped and pushed by the crush of people swarming all around the area. We returned to the store and inquired about the event merchandise, which we were told had sold out before the event started, despite our being told earlier that we could not purchase the merchandise. Many other guests in the store were having similar conversations with cast members, with the suggestion that all event merchandise was also available on the Disney Store website. We looked on the website when we returned to our hotel room, but saw only a single item available – an adult t-shirt. 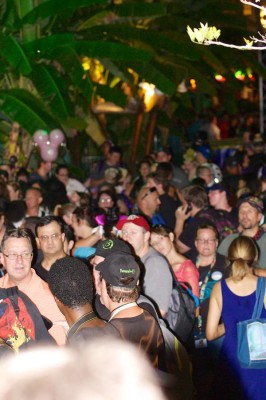 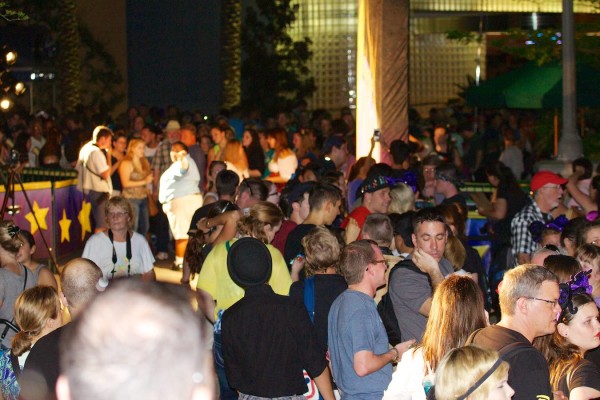 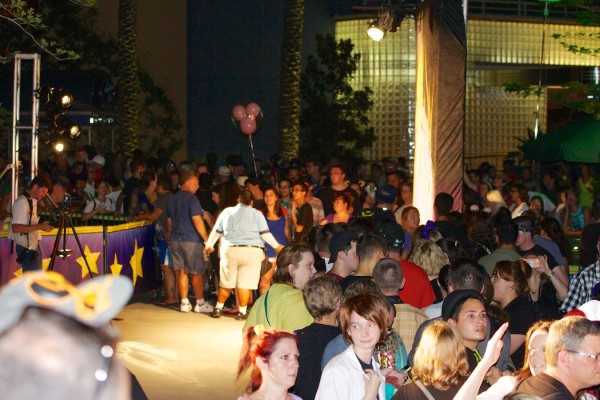 Our seven year-old daughter, Aly, was the reason we decided to take this trip. Aly, a ten-trip DisneyWorld veteran, is a huge fan of Disney villains and had talked nonstop for two solid months about meeting villains at the event. She had teary eyes as we left the park last night without meeting, or even seeing, a single Disney villain, except Hades on a video screen. Another cast member told us that each M&G location had two characters that alternated, and you could not pick which character you’d get once you made it to the front of the line. For an event that advertised meeting “13 Disney villains”, only 6-7 were actually available for M&G, and waiting in all lines would net only half of those characters, since they alternated at each station. This event was substantially misrepresented in the marketing.

As we waited for a Friendship boat to take us back to the Beach Club, we heard stories of people spending more than 90 minutes stuck in traffic on World Drive, and Disney buses taking 2 hours for routes than typically take 20 minutes. The DISboards confirmed this, as did the Twitter hashtags with the event name in them. 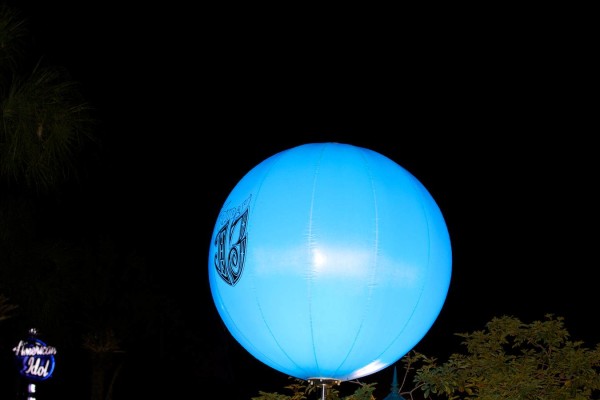 This event was poorly planned, but the execution was even worse, if not downright disastrous. The crowd levels and the understaffing of cast members in the park made me actually concerned for the safety of my daughter, which has never happened before at DisneyWorld. I can’t even begin to guess how this could happen, since they run special events all the time, both hard-ticket events like MNSSHP and general admission events like Star Wars Weekends.

I am very disappointed in the way that this event was marketed and executed, and the sadness in my daughter’s eyes even today is something that I hope to never see at DisneyWorld again. I hope you will make Villain pictures and autographs available to families like ours, as we spent several thousand dollars to make a special trip just for this event, and got next to nothing from the event, except confusion, discomfort and disappointment. We make regular trips to DisneyWorld because we expect superior levels of service across the resort, and this was not up to your standards.