Yes, I spent Valentine’s Day at DisneyWorld with my parents. Don’t judge me. Well, not the whole day, but more on that a bit later. We headed to Animal Kingdom and arrived a bit after park opening, making our way to the back of the park in a lighting misting rain. We got right in line for the Kiliminjaro Safari, where we had probably a fifteen minute wait before boarding our truck.

The Safari has been updated

The elephant-poaching/Baby Red/game warden storyline is now completely eradicated from the ride, replaced by more entertaining driver comedy, which doesn’t reach the schtick level of Jungle Cruise, but has many laughs. They’ve also added many animals to the savannah, both in terms of quantity (there are now eight rhinos – I remember the days of one) and variety (there are zebras now!). The biggest advantage to the new format, however, is that the drivers now don’t have to follow a set timing to make sure the radio calls from the warden make sense. This allows the vehicle to stop and linger at each photographic opportunity, which I suspect is the reason they changed the ride. We had many excellent opportunities to see animals and got several great pictures. One of the giraffes wandered close enough that Bill felt compelled to slide in a bit on the bench seat. 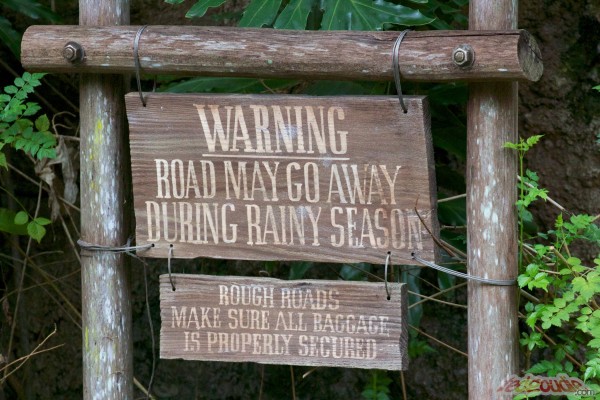 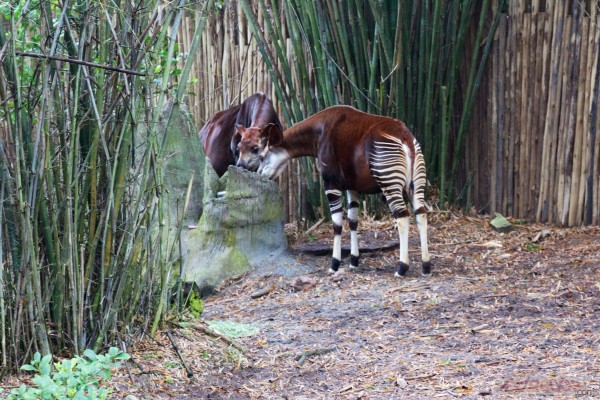 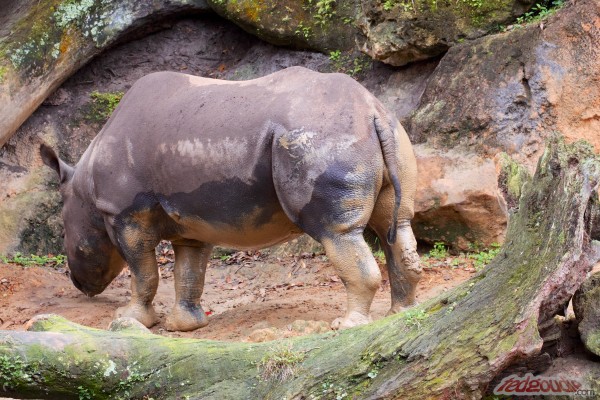 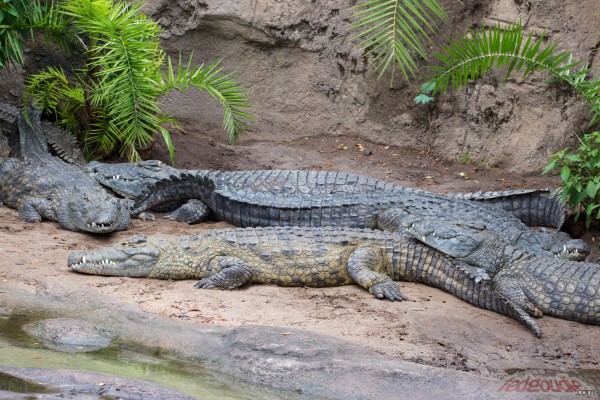 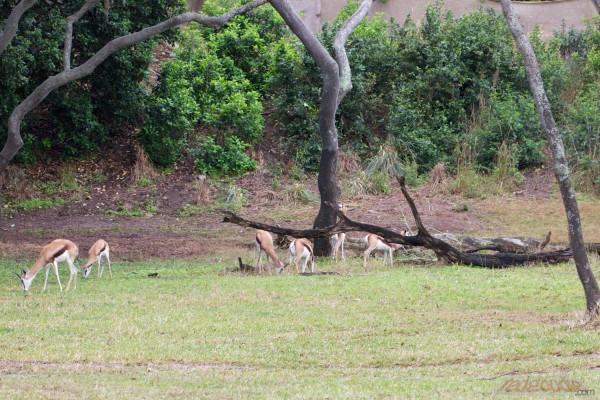 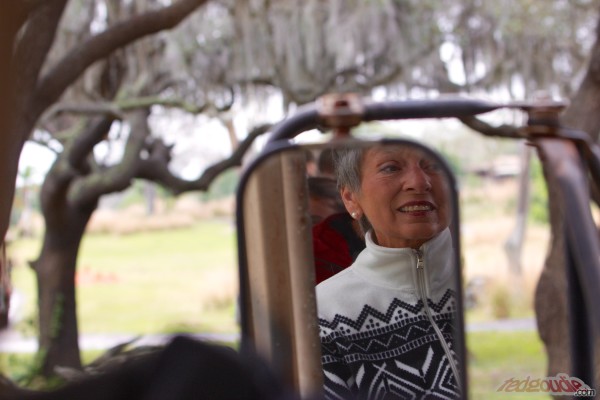 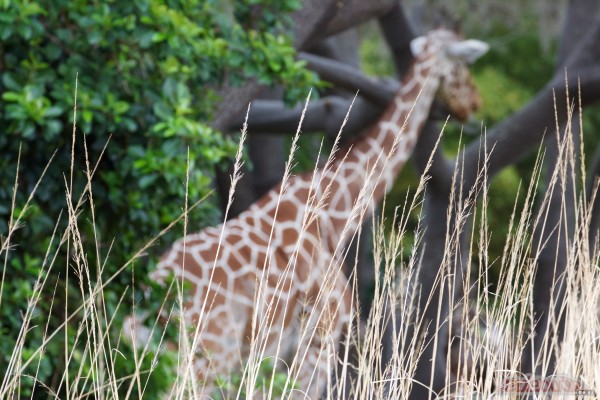 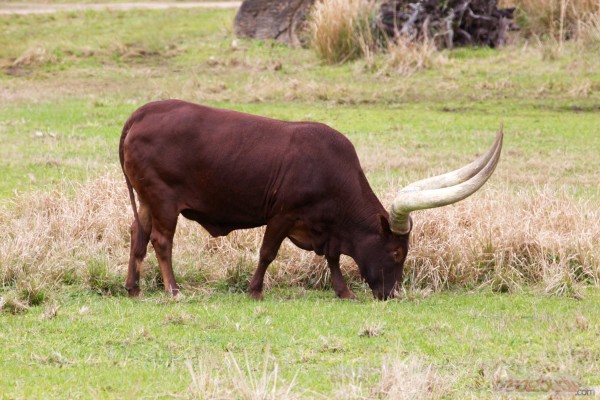 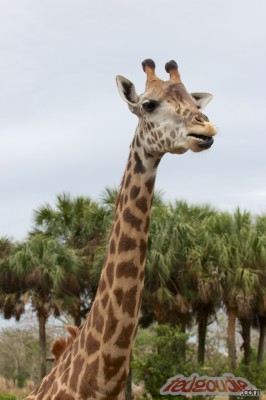 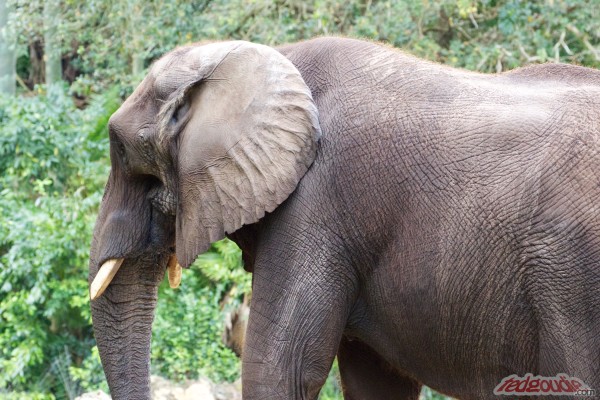 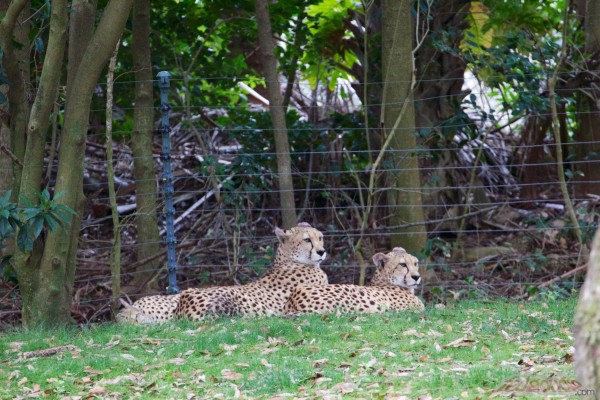 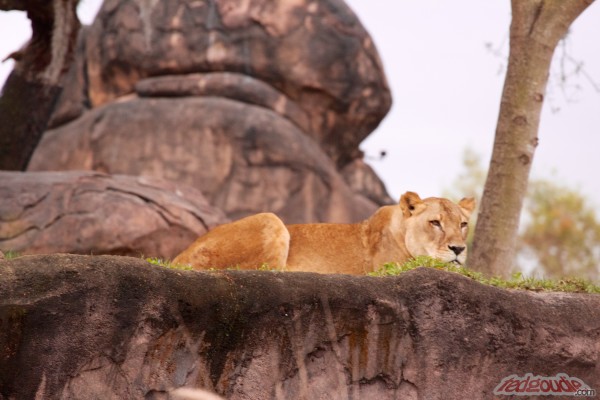 This is the first time that we’ve ever seen the cheetahs in a photo-friendly position like this, so we really enjoyed the safari. We exited the ride at 10:20 and realized we should zip right over to Camp Minnie-Mickey for the first showing of Festival of the Lion King at 10:30. We arrived just in time and snuck in to great seats in the giraffe section. I had not warned my parents what to expect, and it helped that we hurried over to the show without any time waiting in line to talk about the show. Right before the excitement began, I leaned over to my mom and said “you’re going to be blown away” with a grin on my face. If I had taken pictures of her face 10 seconds later, you’d see that I was right. We all loved the experience of Disney + Broadway + Cirque, and walked out with the euphoric feeling that comes from witnessing such things.

We made our way back towards the back of the park and stopped in a hidden little area to take a few pictures with the Tree of Life in the background, using a trashcan as a tripod to get a group shot. 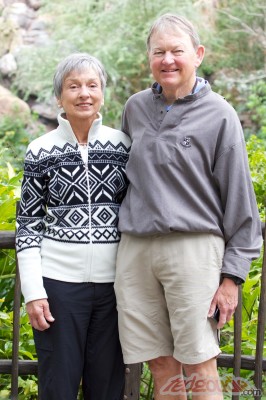 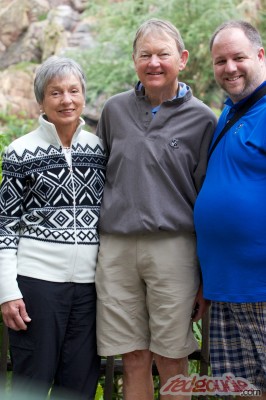 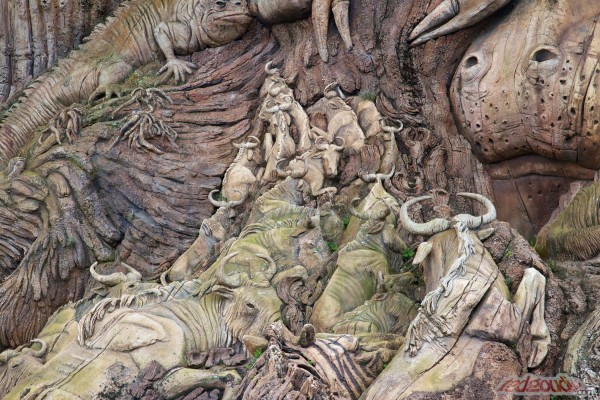 We had an early lunch reservation at Yak & Yeti, which is a must-do for us on every trip. We were seated quickly in the upstairs section and ordered two favorite appetizers, fried green beans and lettuce cups. Both were excellent as always, and we decided that we only needed to order two entrees to split: honey chicken and maple tamarind chicken, both very good. Wrapping up with the pineapple-cream cheese-wonton skewers for dessert, we waddled back out into the park and wandered further over into Asia. 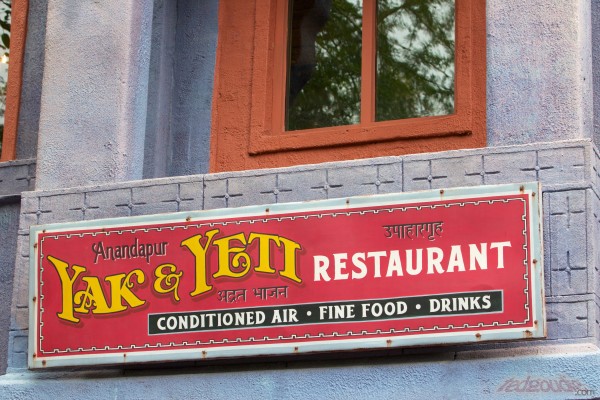 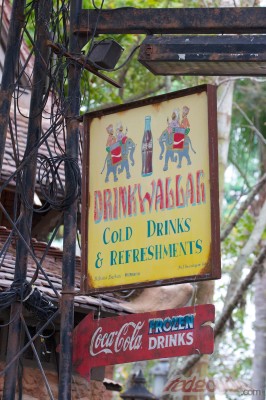 At this point, it started to actually rain, and I realized that AK is not the best place to be when it rains. At the other parks, you can make your way from covered area to covered area without a lot of exposure to the rain, but not at AK. We decided that was it for our day and made the walk out of the park and through the parking lot to our cars. We parted ways here, with my parents heading back to Siesta Key. My mother showed her sadness at parting by needling me as follows:

Your beard is getting very gray, are you just going to let it grow wild like that?

I simply pointed out that I had been in Florida for a week at that point so I would resume my facial hair grooming routine upon my return to the frozen wasteland. We got in our cars and both headed west.

I drove back to the conference hotel and picked up Reece, who brought his parents along as well. We rocked out to some Mickey Mouse Clubhouse songs as we made the drive to Magic Kingdom. We again parked in Zurg (107 this time), then Neil & I pushed an empty stroller to the monorail while Nicole and Reece rode the parking tram (one of his favorite rides). 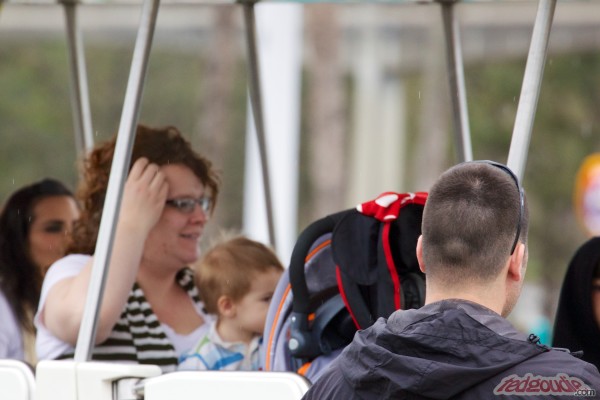 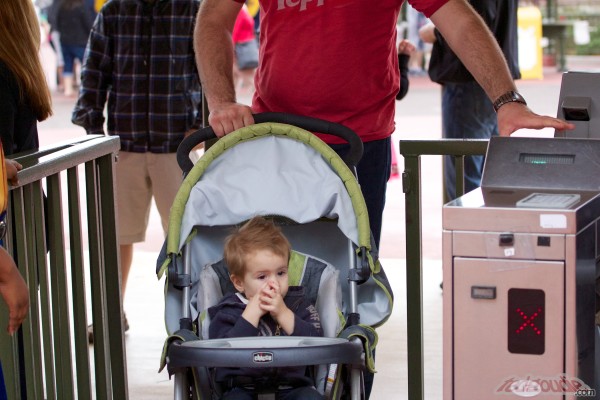 We rolled into the Magic Kingdom shortly before the 3pm parade started, so we just grabbed a spot about halfway along Main Street and parked Reece’s stroller right up front. Shortly before 3, they announced that the normal parade was being replaced by the Rainy Day Character Cavalcade, which turned out to be a great thing.

I’ve never seen this alternate parade before, which was loaded with characters. The face characters rode in cars to protect the makeup from the rain, while the non-face characters walked along the street. A half-dozen characters came up to Reece and gave him high-gives, tussled his hair or told him he was cute. His hair was faux-hawked and Apu pointed to his own hair before pointing at Reece’s. Aladdin knelt down, put his hands on the stroller tray and said “I like your carpet!” which Nicole interpreted as something sinister that Aladdin didn’t intend (he was referring to magic carpet), but I’ll leave your imagination to guess what she thought he meant. 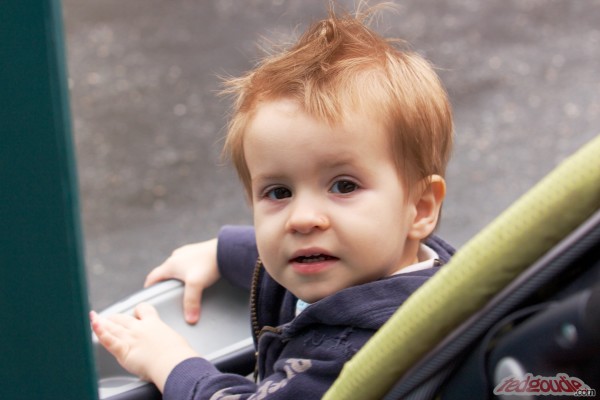 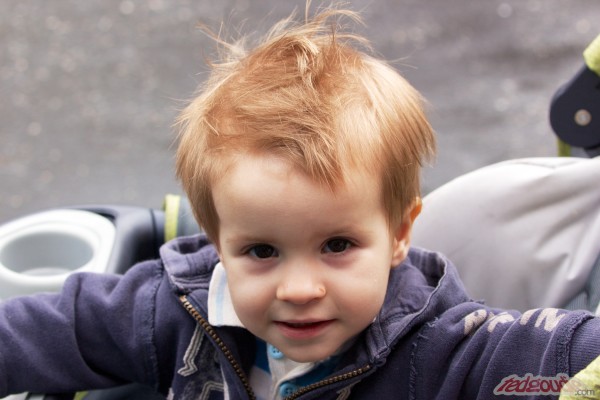 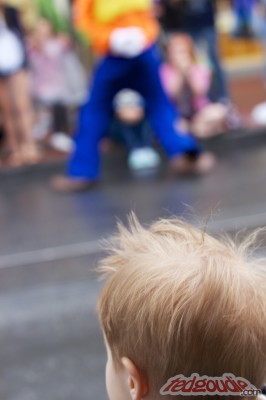 We all had a blast watching him interact with the characters, and we make the short trip to Crystal Palace as it started to rain harder. The line to checkin extended all the way across the porch, but it only took a few minutes to be seated after we checked in. Reece decided that his new friend Mr. Ted should hold him while we waited in line, and I realized it was my first kid-holding for over a week, at which point I missed my kids, at least until we got inside and saw food. Despite it only being 3:45, we were all hungry and made great use of the buffet. For his age, Reece used utensils very well, at least early on, but later he decided that mac n’ cheese was finger food and worth double-fisting. Awesome. 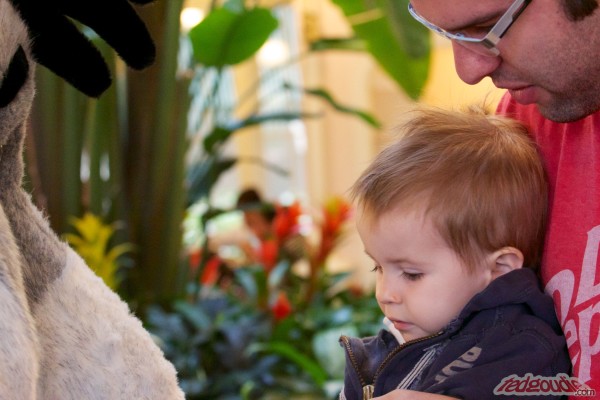 His first character in the restaurant was Eeyore, and he was pretty spooked, clinging closely to parental safety. Like most kids, however, he wanted Eeyore to come back right away and embraced all the other characters as they came around. He even got a second visit from Tigger who spent at least 2-3 minutes playing around with Reece. We exited dinner to teeming rain and splashed our way back to Pirates, where I had to comfort Neil during the dark, but otherwise he enjoyed it.

We then did something I almost never do – The Enchanted Tiki Room. Reece loved the animatronic birds almost as much as his father, but his mother started to not feel well as we exited the attraction. She decided to take a break while the boys took a tour of the Haunted Mansion, and Reece again asked Mr Ted to hold him while we lived through the stretching room. We checked back in with Nicole, who started to feel a bit better, and we headed to the nearby Aloha Isle to get some Dole Whips, which were enjoyed by one and all. I was rather exhausted at this point and decided I was going to head back. The Cummings clan decided to stay on until park closing, when their hotel’s shuttle would collect them. I bid them farewell and headed to Downtown Disney to pick up a few more things at the World of Disney store before heading back to my room and packing up for my early flight the next morning. I returned home and got a pretty nice reception from the girls, though they were mostly interested in finding out what I brought them from WDW.