Somehow, we got all three families packed up and out of our vacation house by our goal time of 8:30. We drove over to Hollywood Studios for our last character breakfast and our first time at DHS on this trip. We sent Doug off to grab Toy Story Midway Mania fastpasses, while the rest of us strolled leisurely over to meet him. Since we had gotten in close to park opening, the line was short and we decided to wait in the standby line so we could have two rides that day. We made our way into the Candyland part of the queue when Ann said “Aly’s outside and won’t come in.” After a quick eye roll, I swam upstream back through the line where I indeed found Aly waiting by the entrance.

And that summarizes my entire attraction experience for the day at DHS. Aly told me that Auntie Ann pulled her out of line, which I immediately recognized as false, so I took her across the street and made her sit in timeout on a bench. She refused to tell me what actually happened, so I decided to show my parenting prowess by telling her she could spend the whole morning on the bench until she decided to tell me what actually happened and/or get her attitude straightened out.

The rest of the group had a great ride on TSMM and found us upon exiting. Even the reappearance of the other kids could not disarm Aly’s wall, so I sent the group over to watch the Muppets 4D movie and said we’d catch up with them. It was probably another 15 minutes before Aly realized I was serious about keeping her on the bench all day. We caught up with them and it was nearly time for our brunch reservation at Hollywood & Vine. Will wanted to play in the Honey I Shrunk The Audience Playground, so I sent him in and told him I’d come in and find him in a couple minutes while I gave directions to the rest of the group so they could meet us at H&V.

So I went in to find him

but this day proved to be difficult, and I could not find – not immediately concerning, because there are lots of tunnels, caves, and other places to hide. I looked around in the playground for about ten minutes before heading out the exit, where I discovered a panicked Will looking for me in a different area than where we were before the playground. There were a few tears but I distracted him with a brief glimpse of the Jedi Training and had him pull the rope outside Indiana Jones, so he was fine by the time we got to lunch.

At least lunch was fun

We had fun with the characters, the food was good, and the kids even went and danced along with the show. 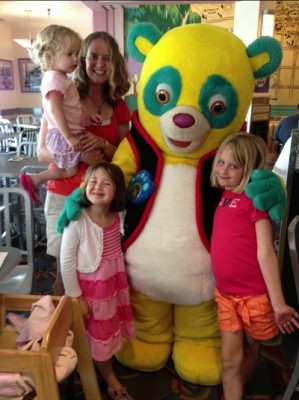 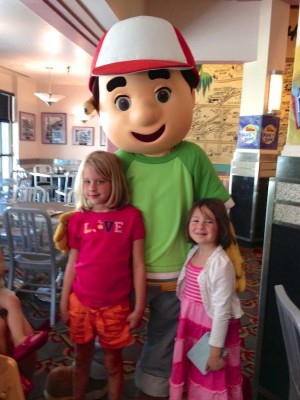 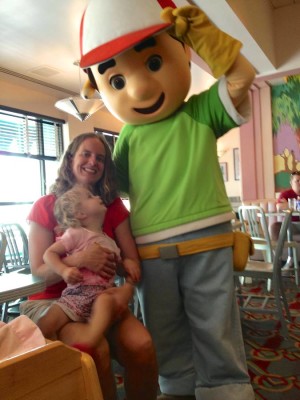 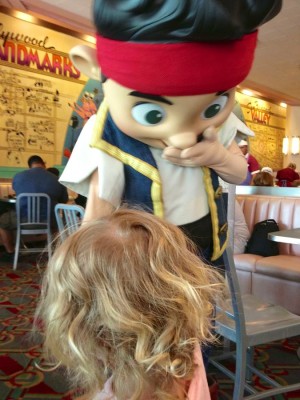 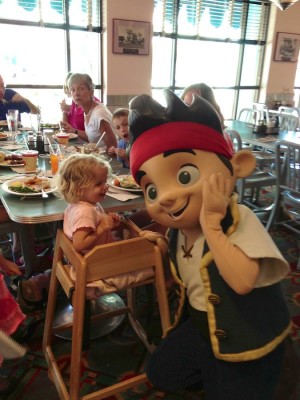 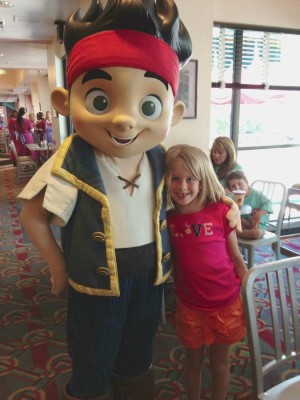 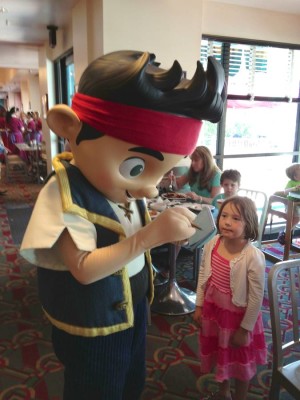 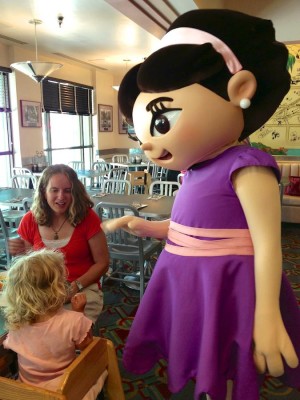 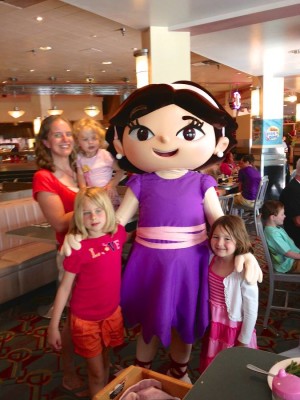 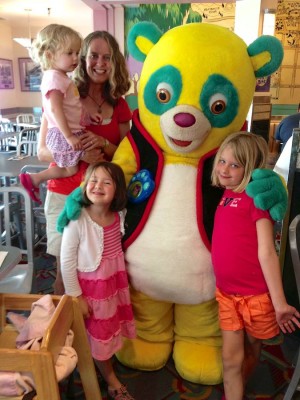 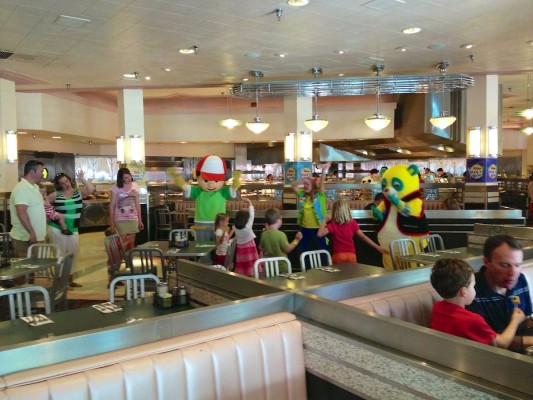 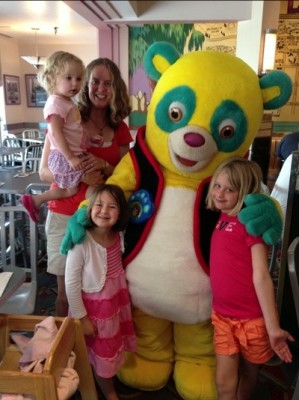 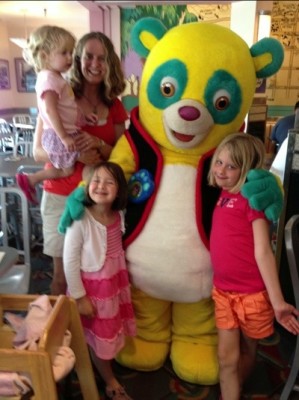 After brunch, it was time for the Ted Goudies to exit the park and head for the airport, so we said goodbyes all around and hopped in our vacation car one last time.