We didn’t make it very far up the dune climb, because I wasn’t feeling well, it was the end of a long day getting up to Glen Arbor, and it was hot – even at 7pm. There were few people there, though, which made the experience a lot better for taking photographs.

Rachel had the lucky job of carrying Leah, I had the camera, and Aly left us behind while cruising up the dune.

Once we got to the top (the top of the first bluff, to be clear), I spent 10 minutes convincing Aly it was okay to jump off the dune – she didn’t believe the sand would catch her nicely. Leah enjoyed running up and down the little bowls, then decided that rolling around in the sand would be a good way to spend her time.

I got a few good pictures of the views before we headed back down to the car. 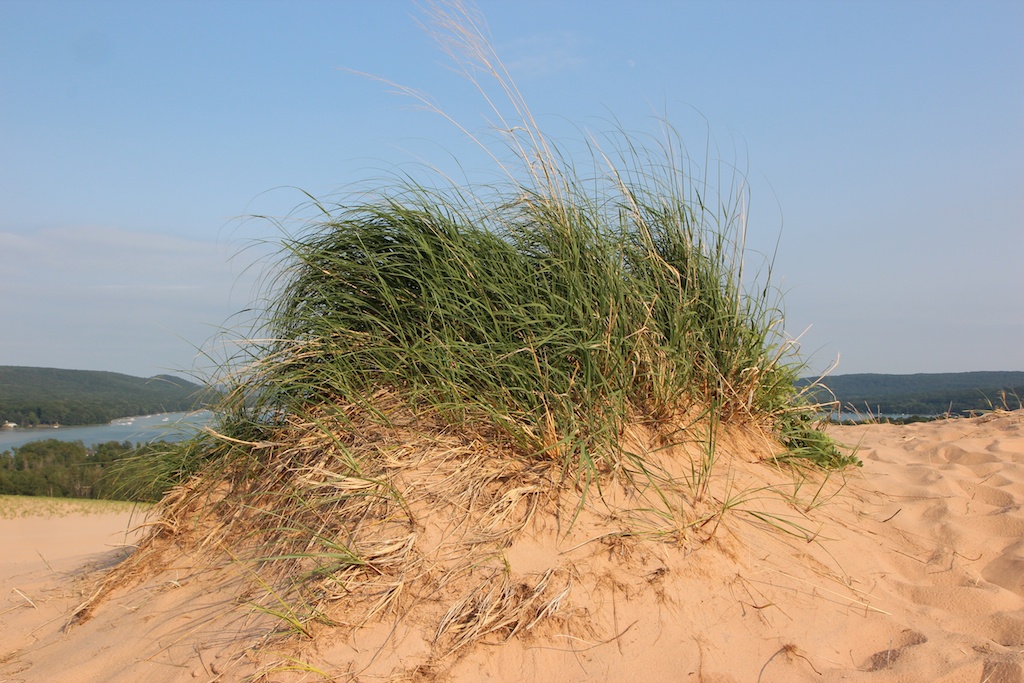 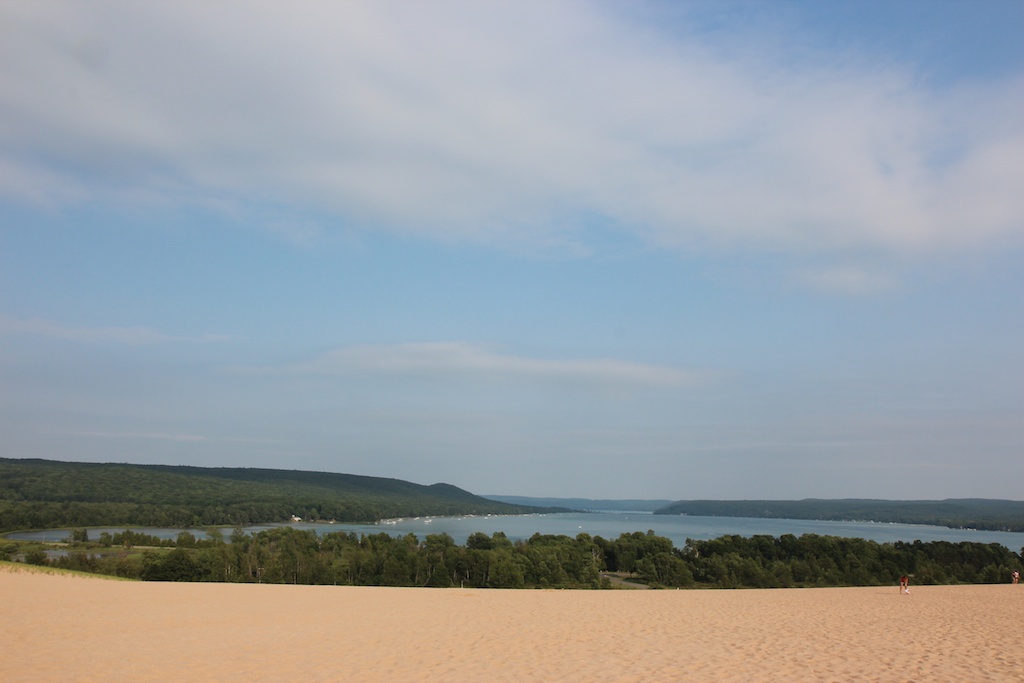 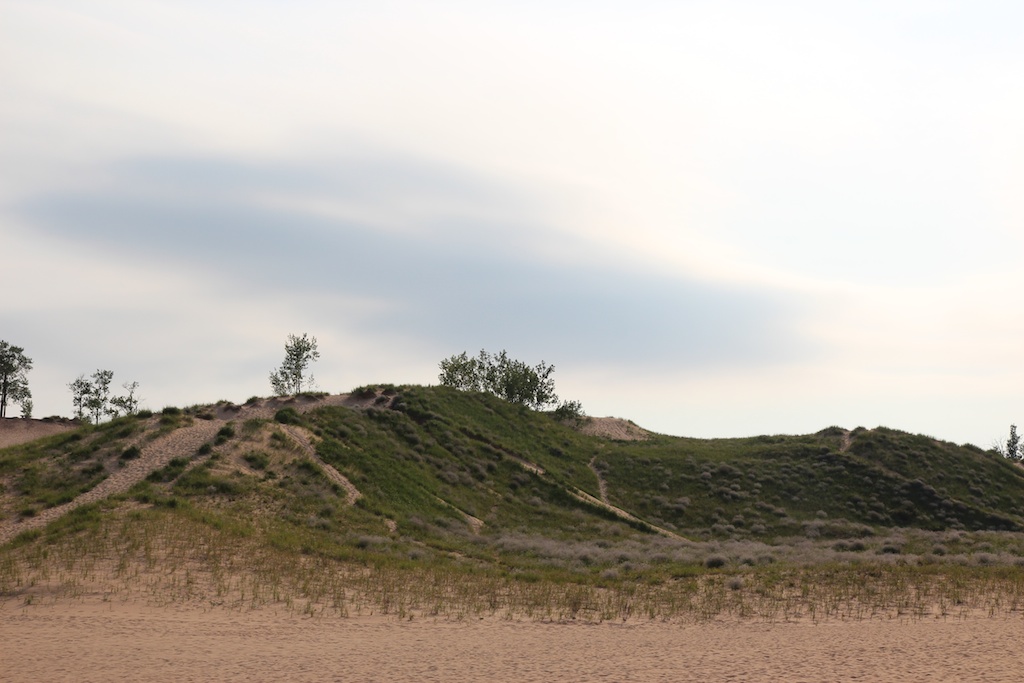 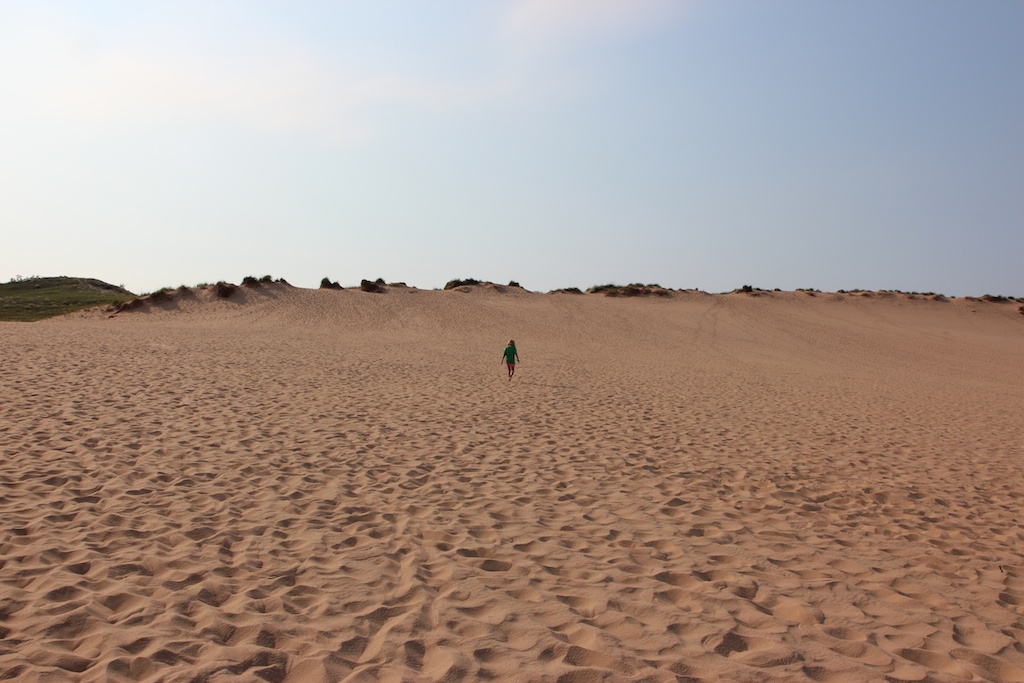 Once we decided to head down, Aly disappeared from view within about a minute. Leah liked running while holding the hands of both parents, then decided it was even more fun to have us drag her on her knees through the sand. Once we tired of that, she started running down the hill on her own. She fell a few times and thought that was a blast, too.

After landing in the sand a few times, Leah decided it would be a good place to do one of her forward rolls. She didn’t realize that her head would just plow through the sand, but it was rather hilarious and she did complete the roll. I think she still has sand in her hair. 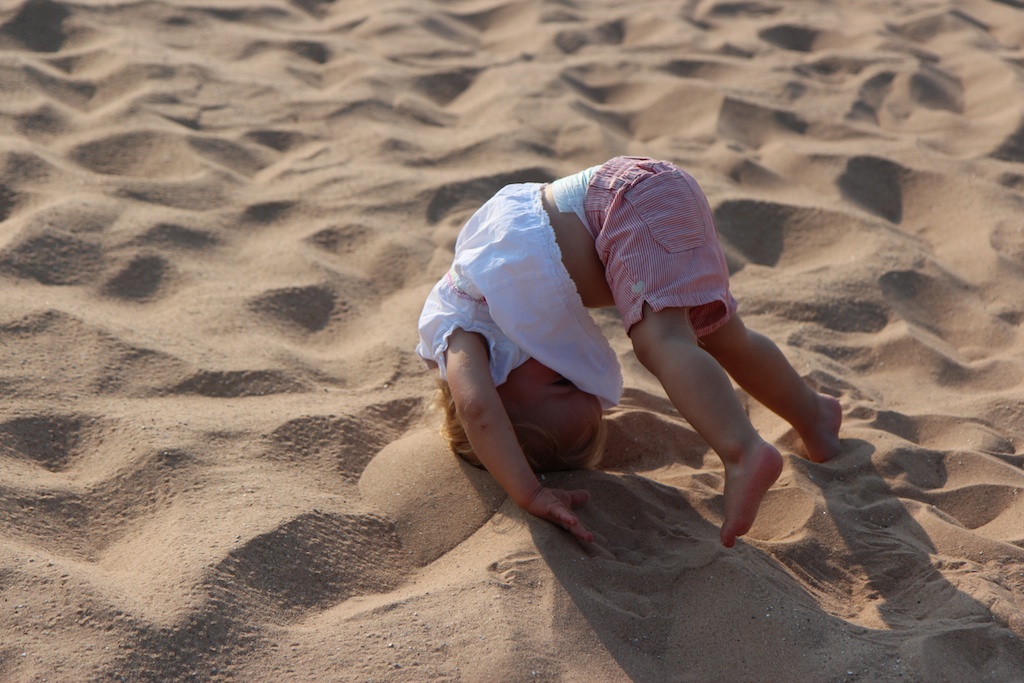 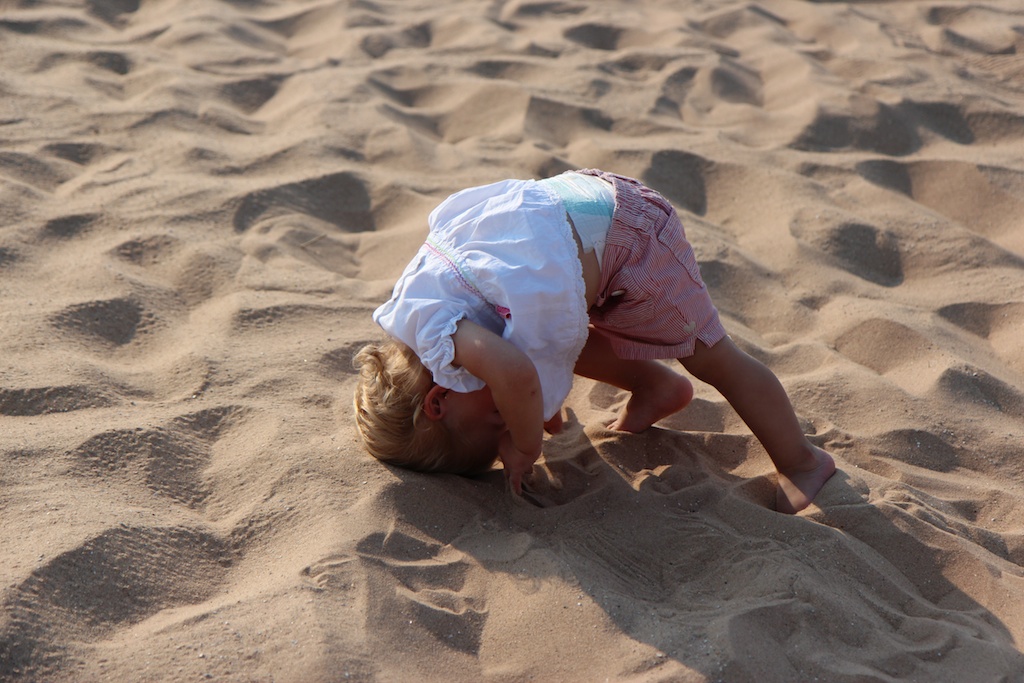