In the afternoon, we decided to turn left on M-22 instead of our usual right turn when departing The Homestead, and headed towards Leland in search of more beaches. Using a handy guide to the National Lakeshore provided by the national park attendant when we bought our seven-day pass, we spotted one called simply “County Road 651 Beach” – used our GPS to help find County Road 651, and pulled up to the small parking area on a beautiful summer day.

And then it happened

Rachel called Aly over to show her the Petoskey stone that she just found, and Aly was delighted to have found her first Petoskey stone. You can see the actual stone in question in the third picture, which shall become important in a moment. 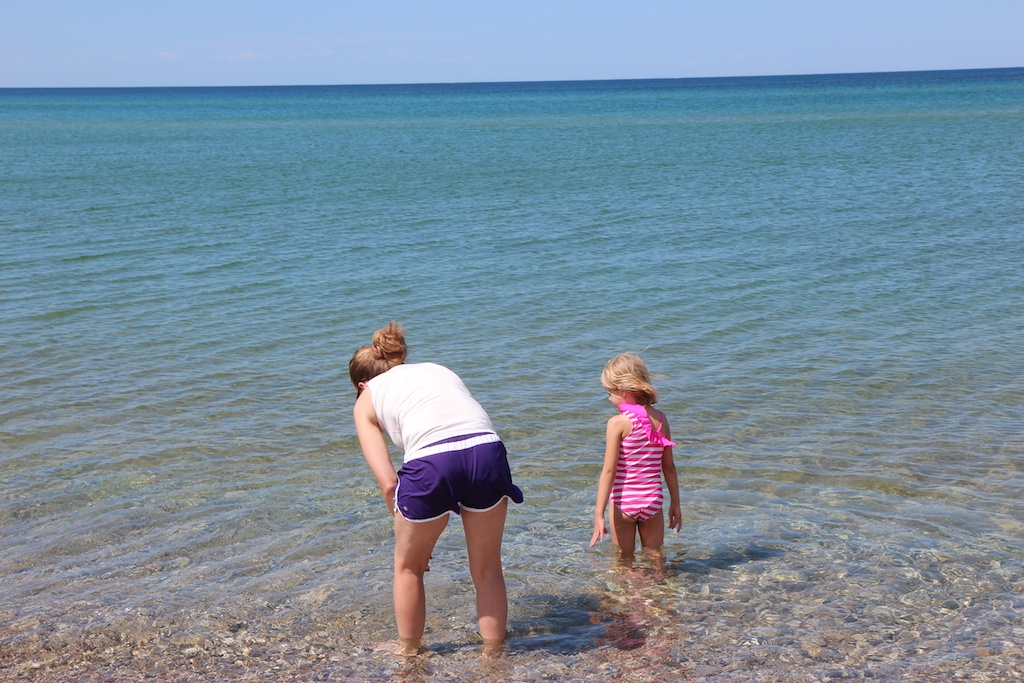 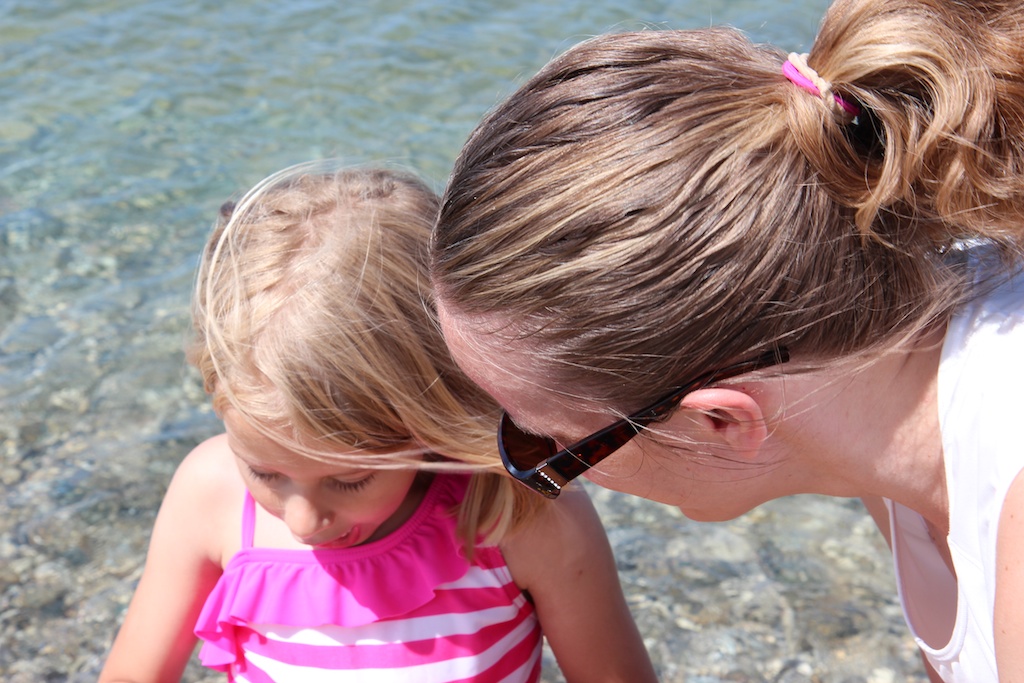 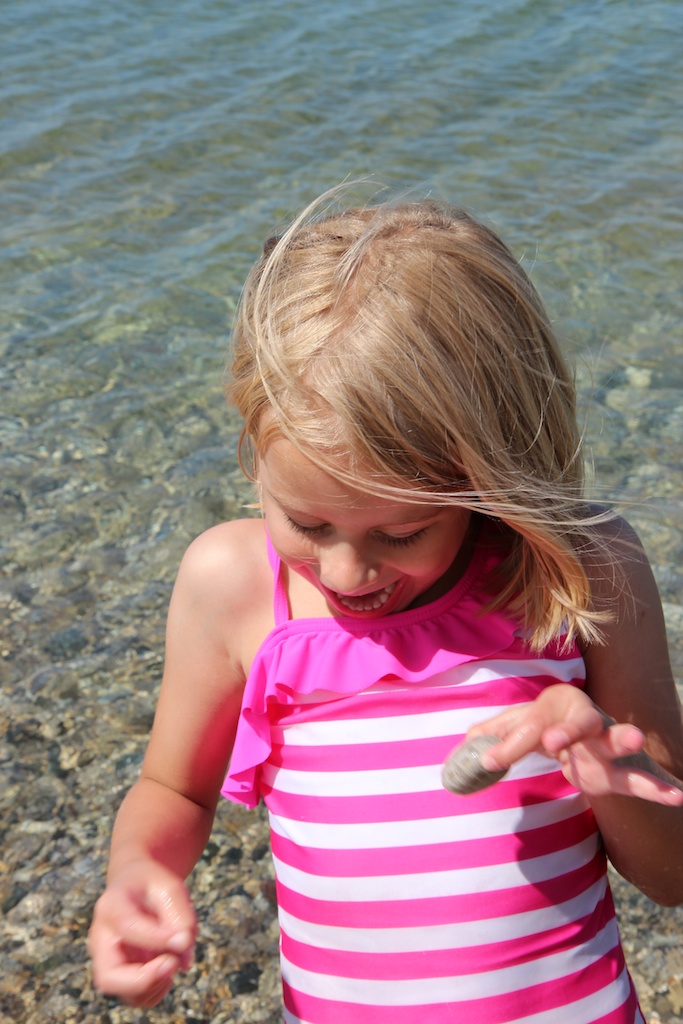 Mere seconds later, no one had the stone, no one was sure who had the stone last, and we eventually concluded that the lake had the stone. Mother Nature 1, Goudies -1. As you might expect, much drama arose.

Another Petoskey stone was discovered at this beach a short while later, so hand-wringing was decreased to normal levels.

The beach does actually have a name

It’s called Good Harbor Beach, apparently, as we later discovered using Google and some other satellite views. It was a spectacular spot – we all agreed it was the best beach we visited on this trip. It was vast yet very quiet, with clear water and gorgeous views.