I made the drive from Michigan down to Gatlinburg after leaving the girls at the Tree Climbing Championships on Saturday. After having such a phenomenal trip to Great Smoky Mountains National Park last year, I was excited for my first return to the park, even though it would just be a quick drive. I hit the road just after 7 on a Sunday morning with permagrin as I made my way into the park.

I stopped at a few overlooks on my way up to Newfound Gap Overlook, with the sun just starting to appear over the mountain ridges, and a touch of Fall color dotting the hills. 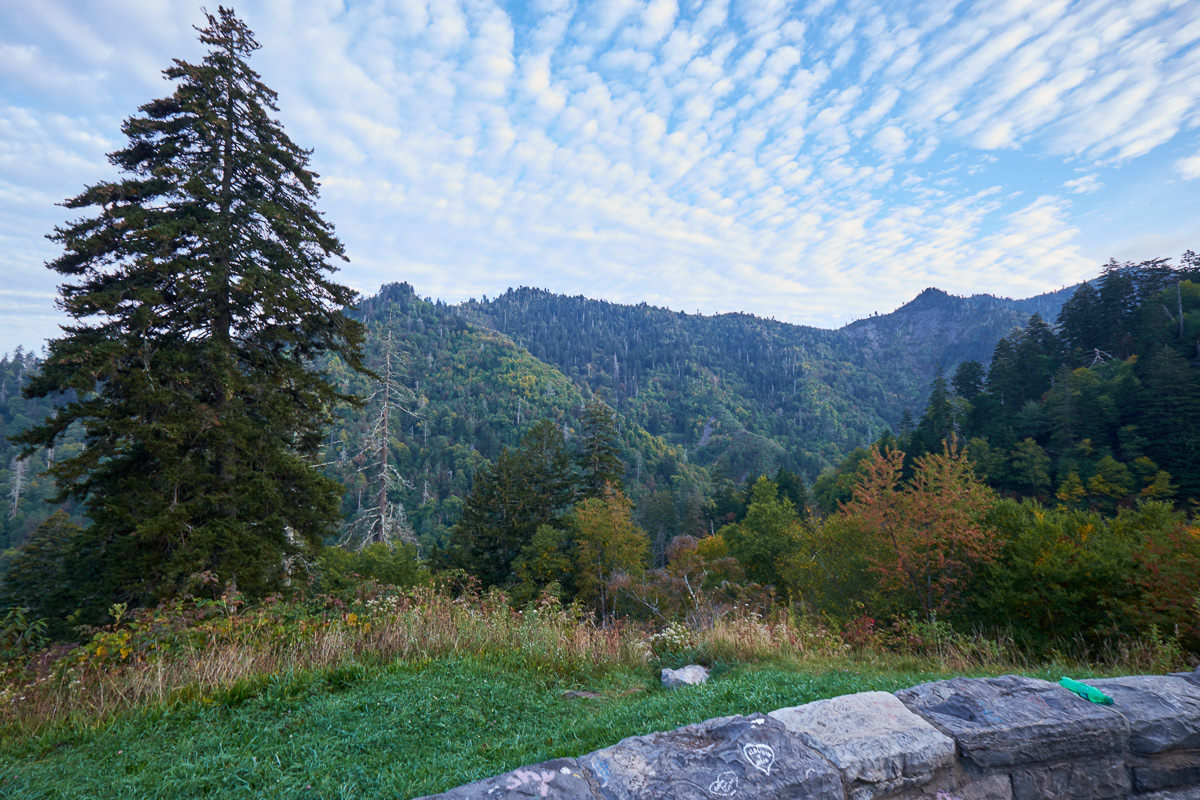 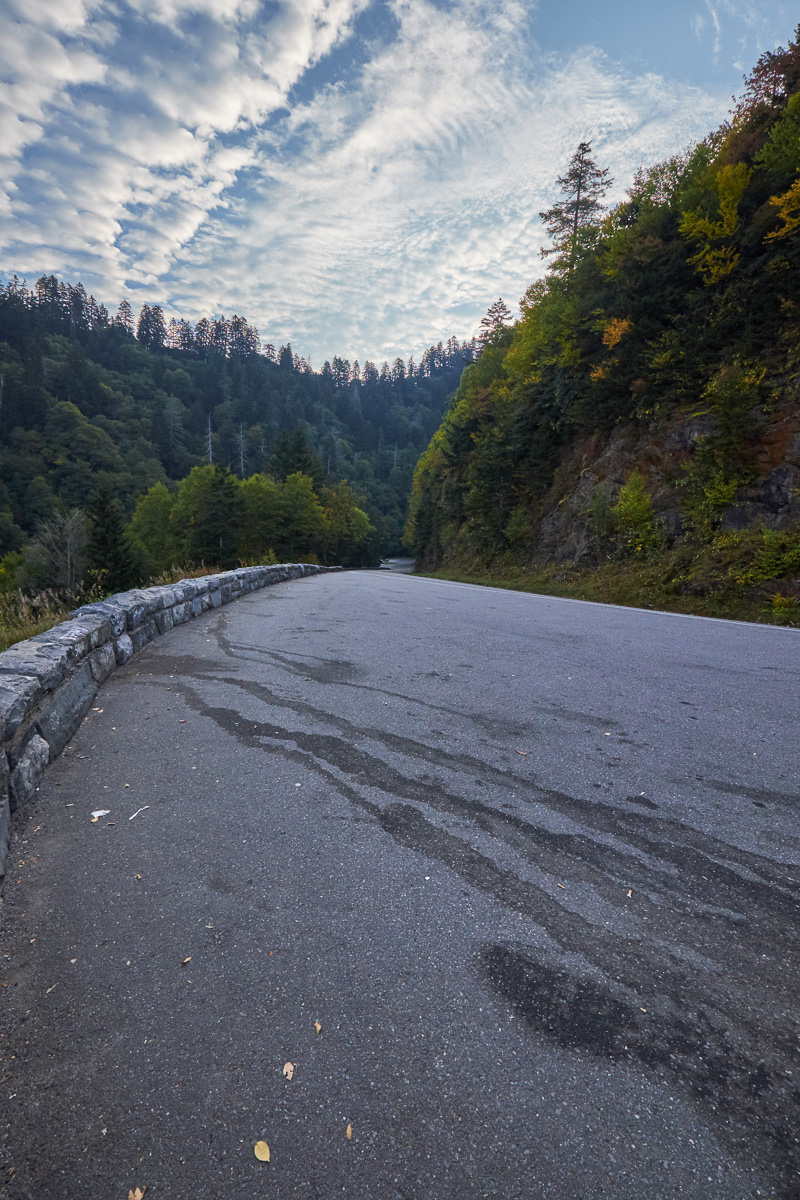 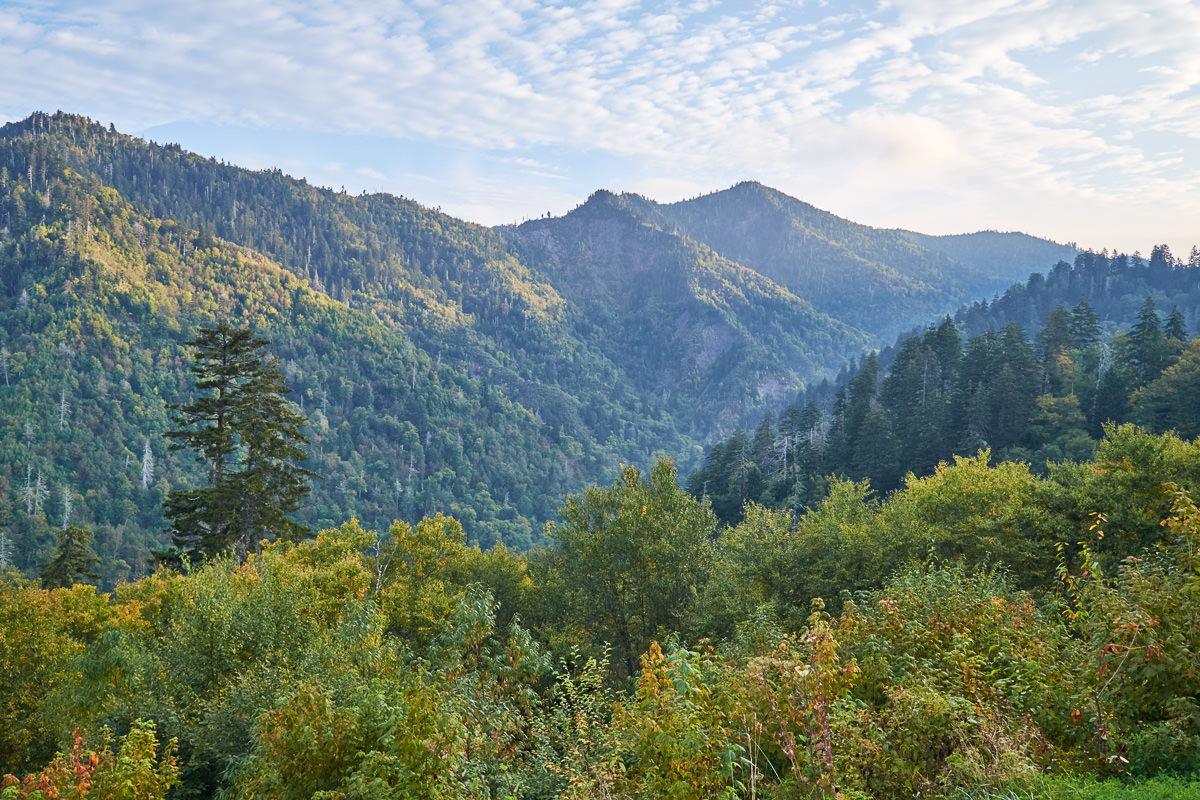 There were plenty of other cars and motorcycles on the road with me this morning, and several people were hanging out at the Newfound Gap Overlook when I parked and got out to take some pictures. The distant lakes had cloud-thick fog hanging over them, which was quite cool to see. 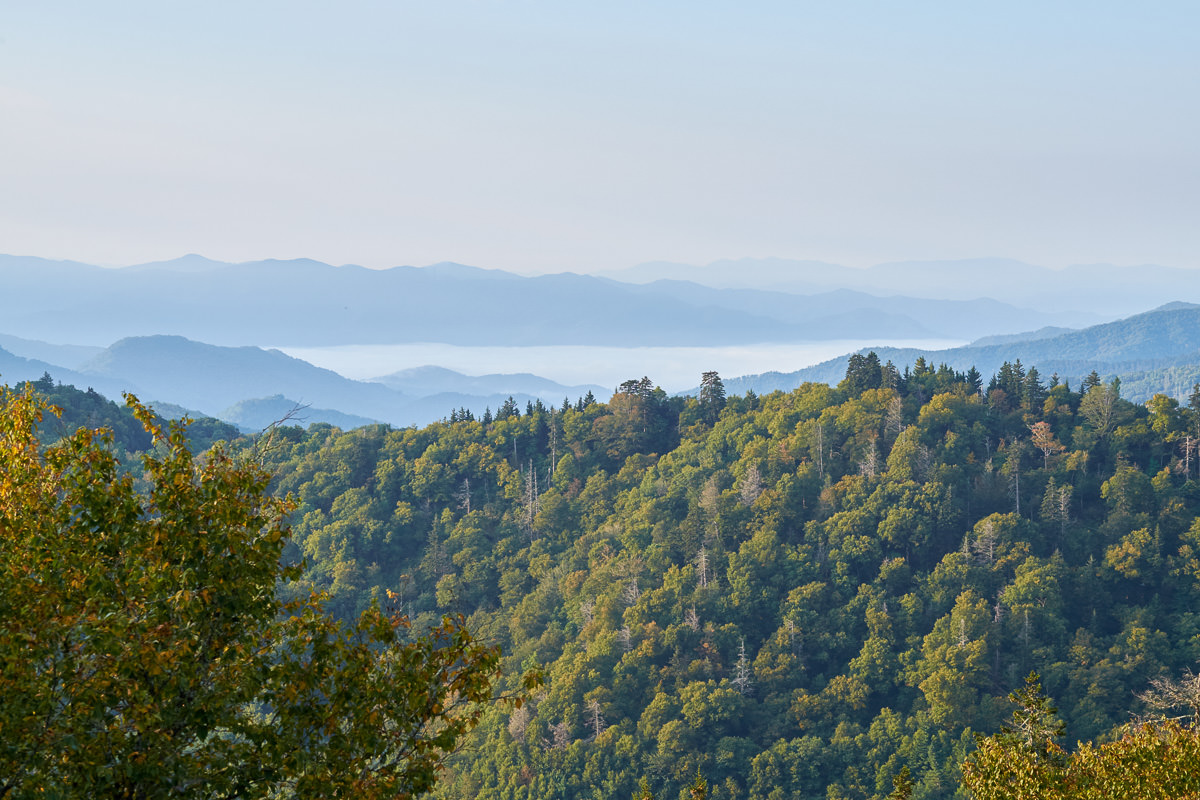 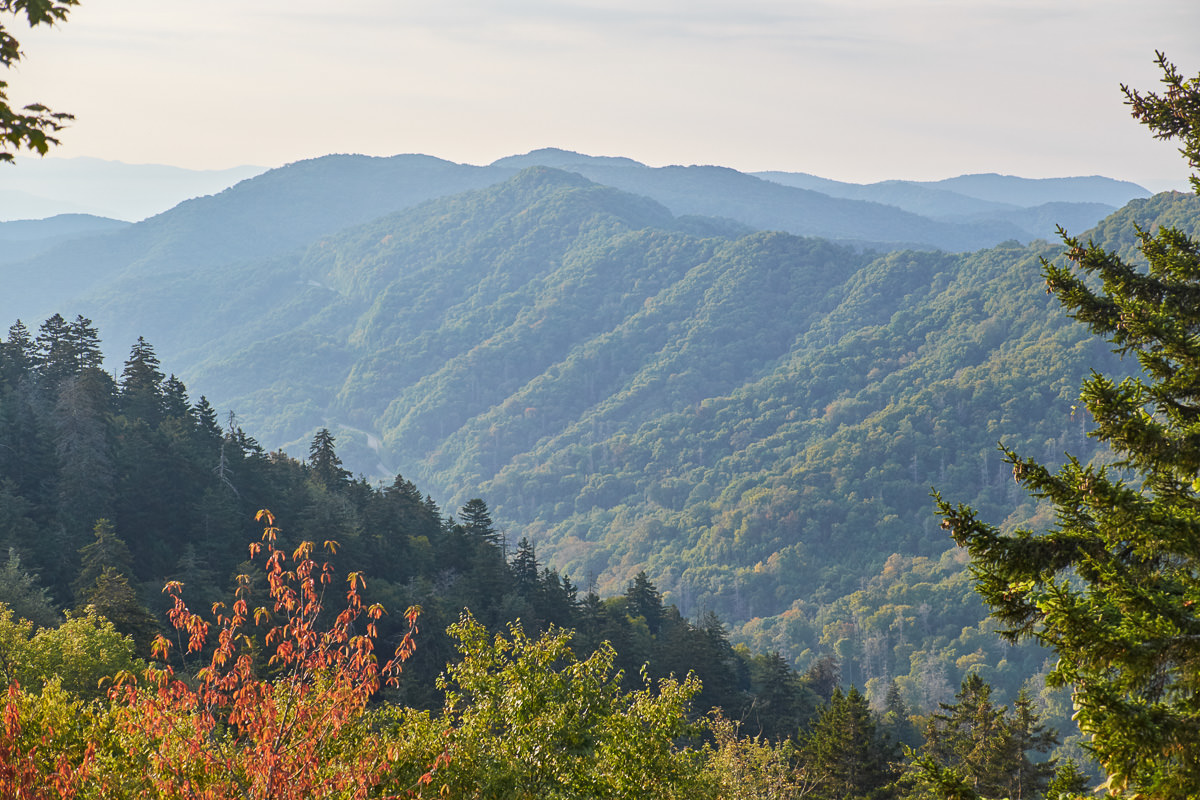 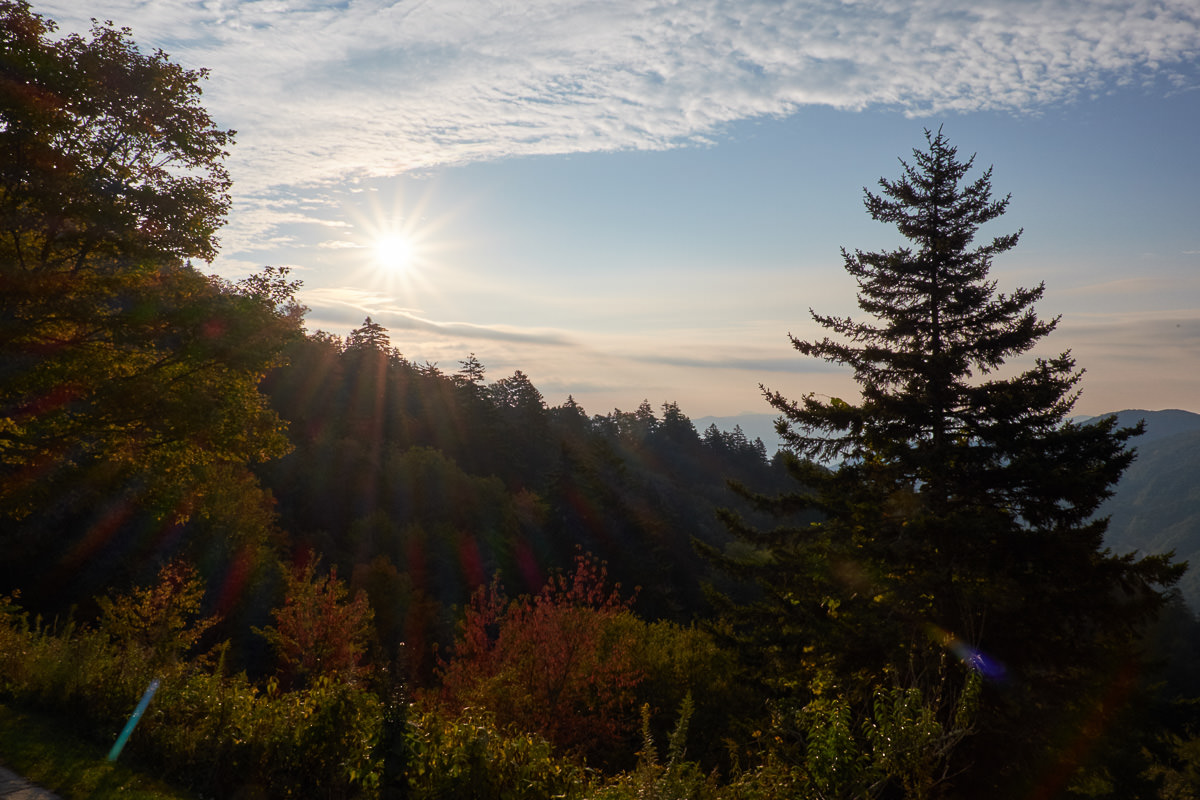 On the drive down Newfound Gap Road, I kept my eyes peeled for a small roadside cascade where I had gotten some fantastic images last year. I did find it, but the light wasn’t great so I just snapped one for the memories and hopped back in the car. 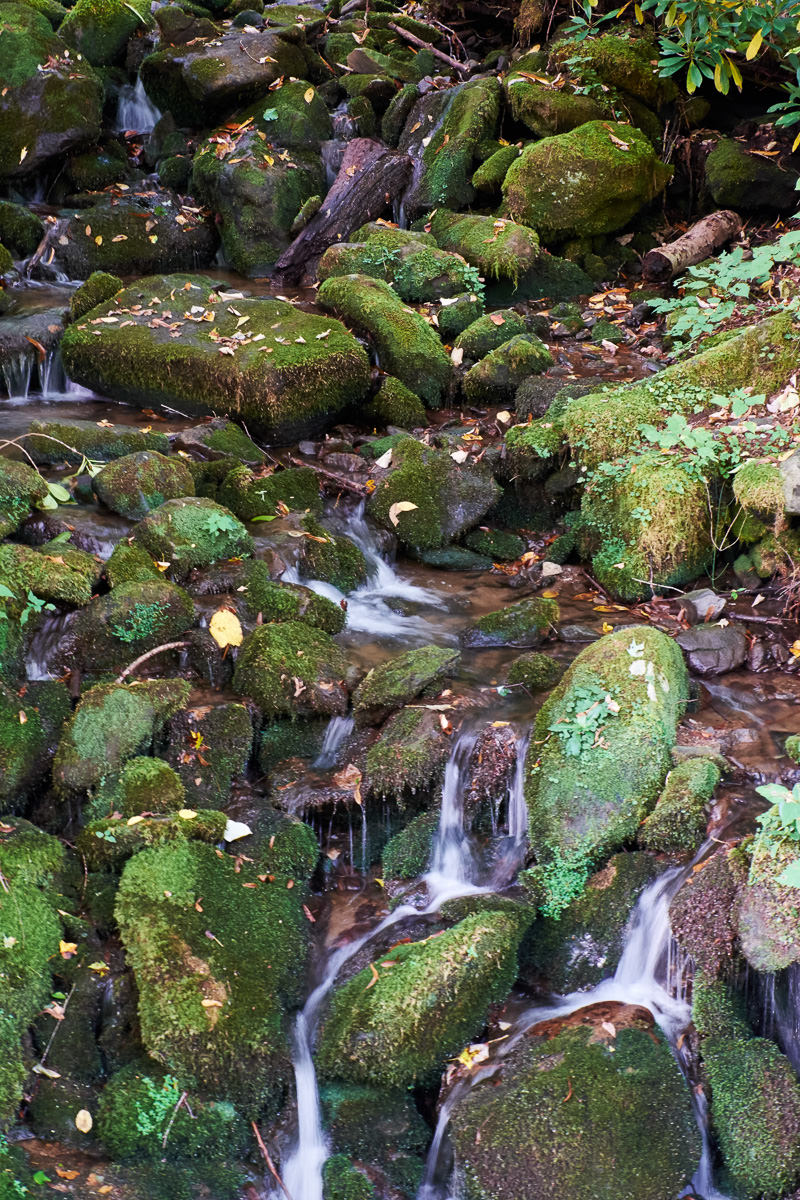 On to the Blue Ridge Parkway

The Blue Ridge Parkway actually ends at Mile 469 in Great Smoky Mountains National Park, so I got on the BRP and headed “north”. 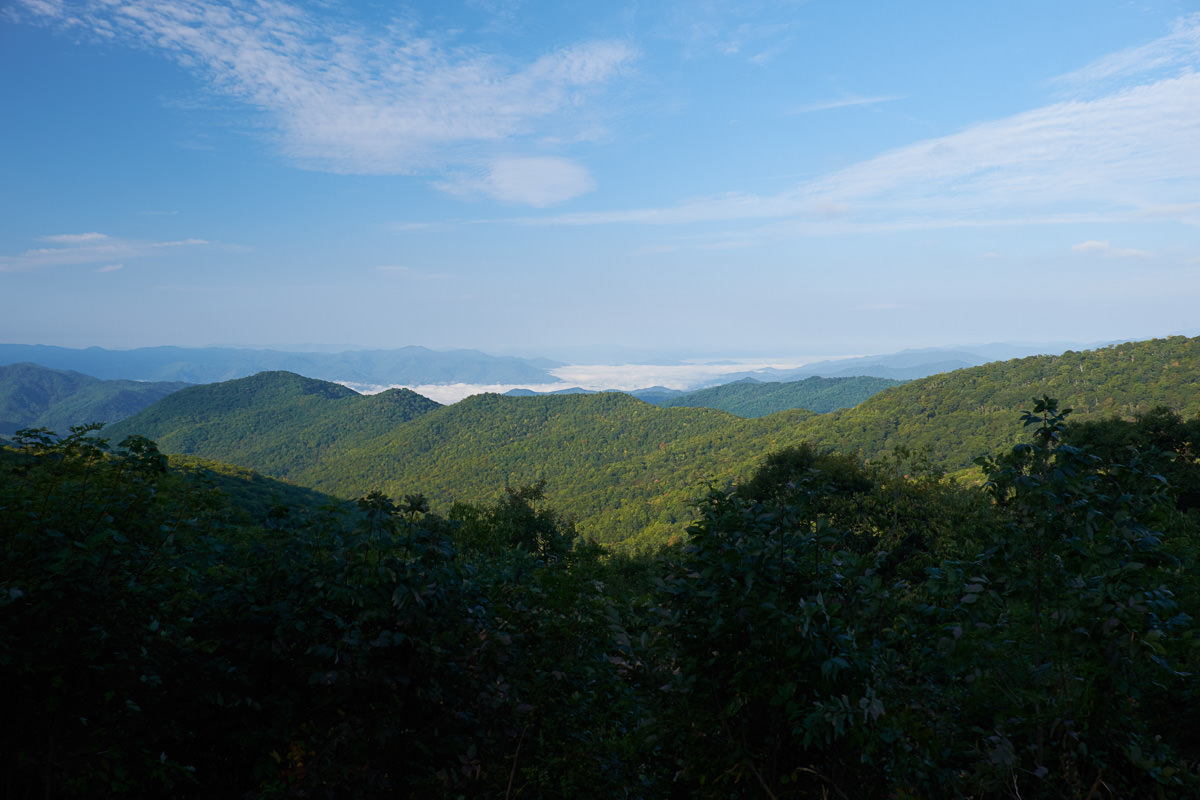 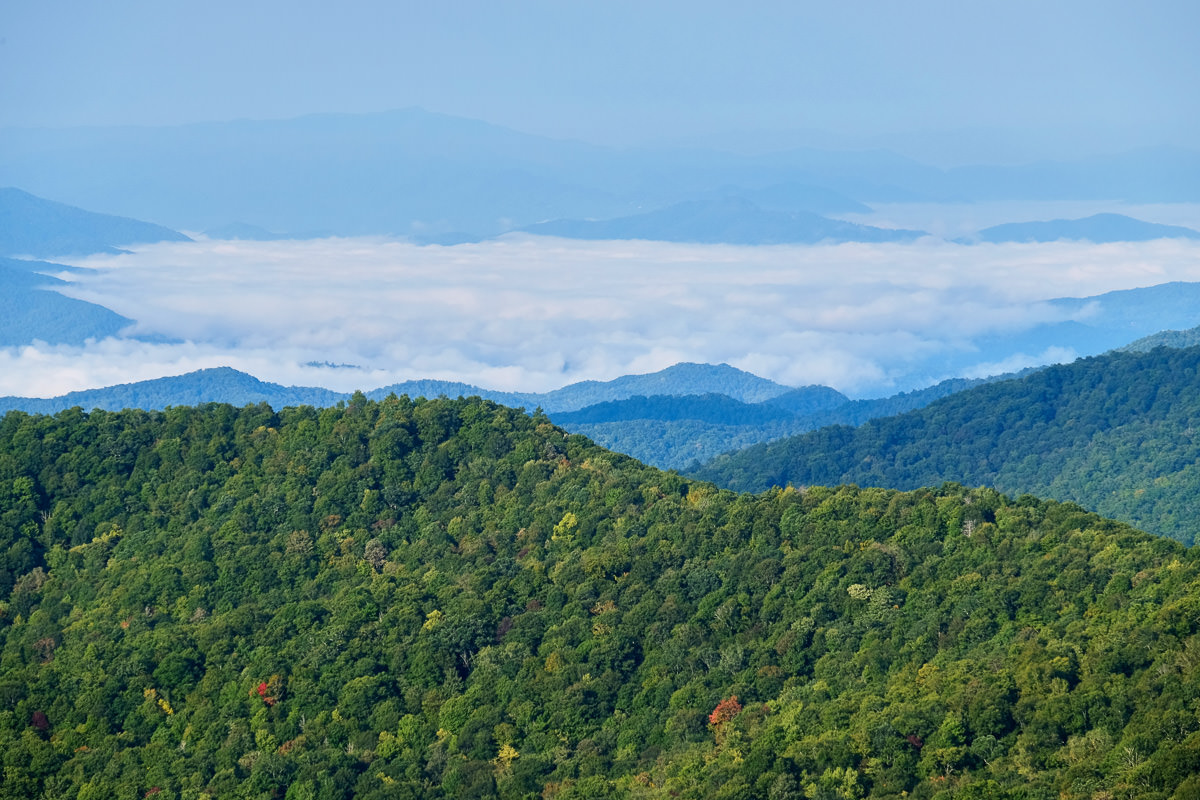 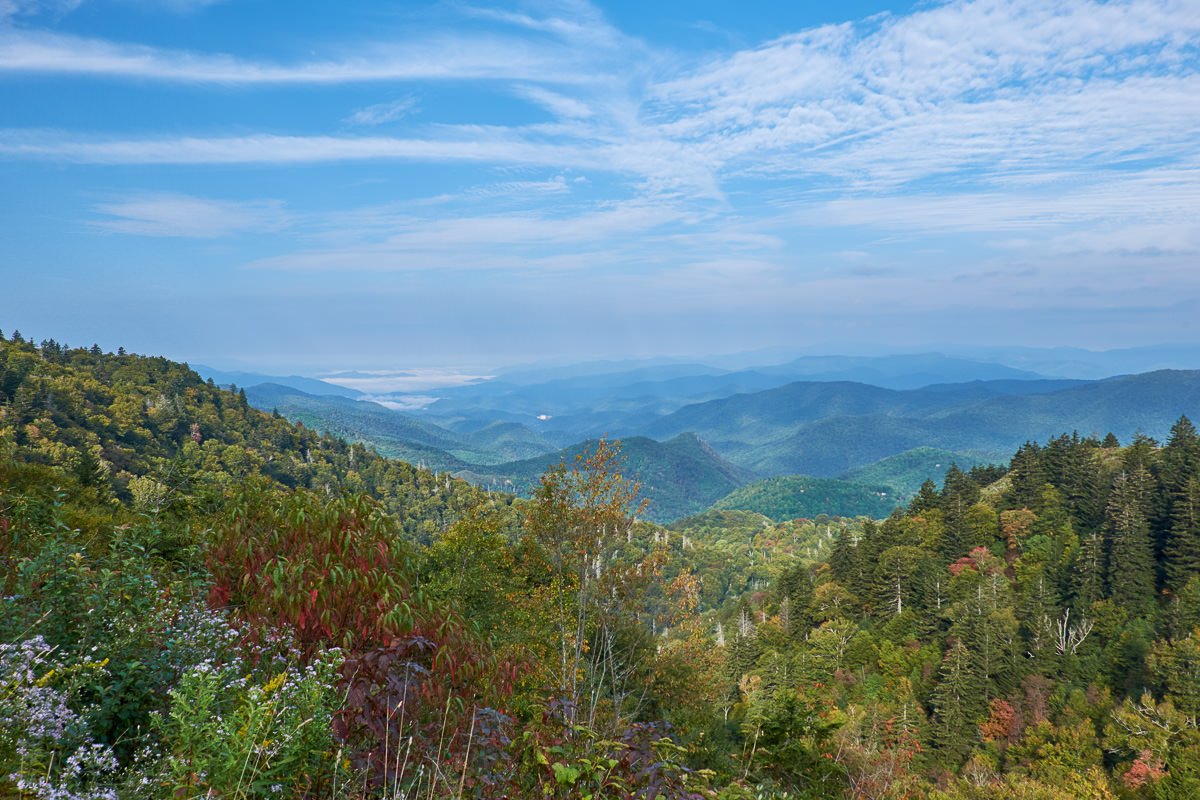 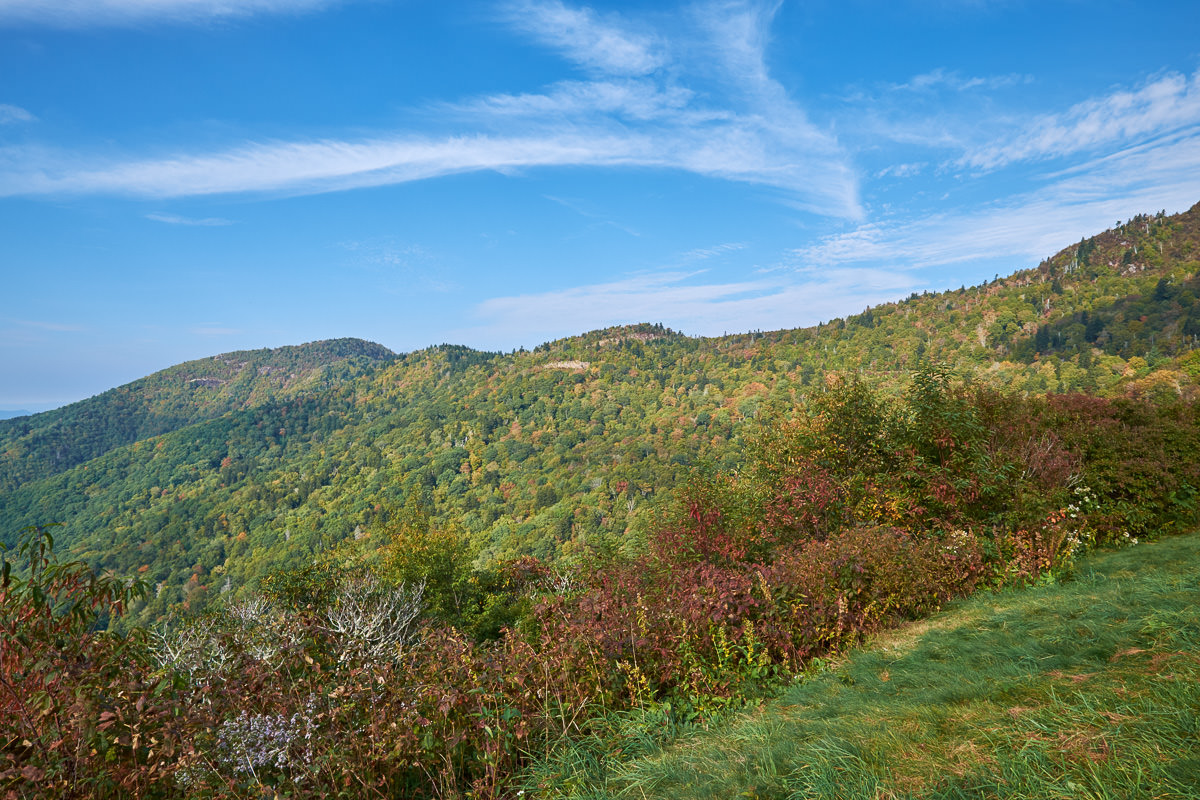 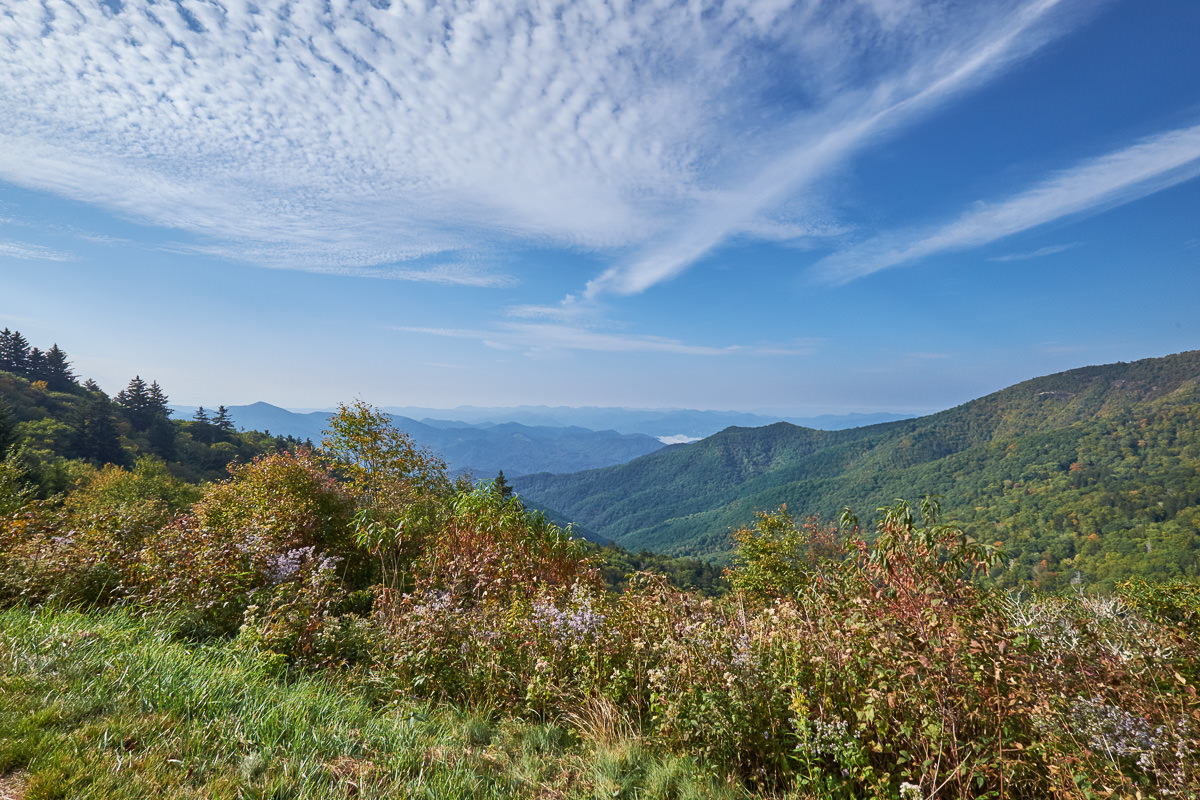 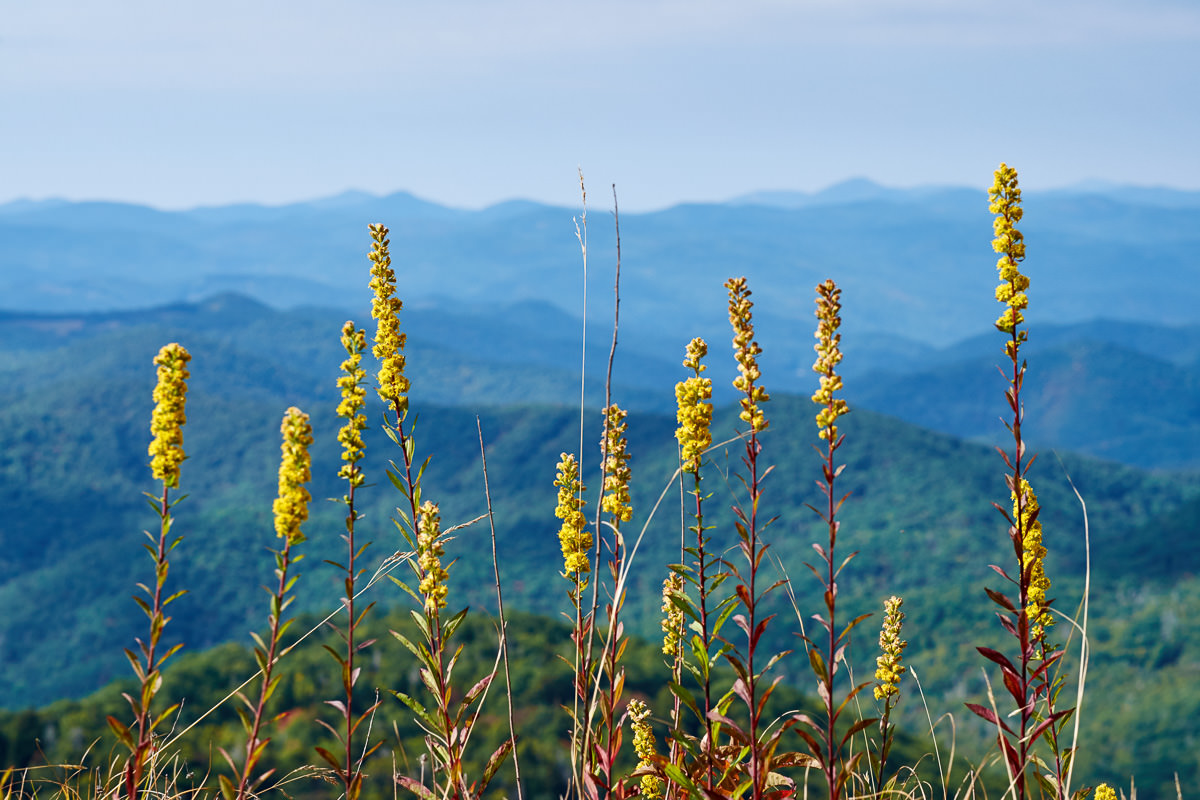 I exited BRP at SC-215 towards Rosman. Now this is a great driving road, as is SC-178, which I had taken a few weeks back while returning from my first day on the BRP. While driving down 178 that day, I had passed a deserted house that was falling down and being overtaken by kudzu, but hadn’t been able to stop in time to take a picture, so I noted it in my moleskine – which meant I put it on the list for this day. I took this from the car as a sort of scouting shot for a future visit: 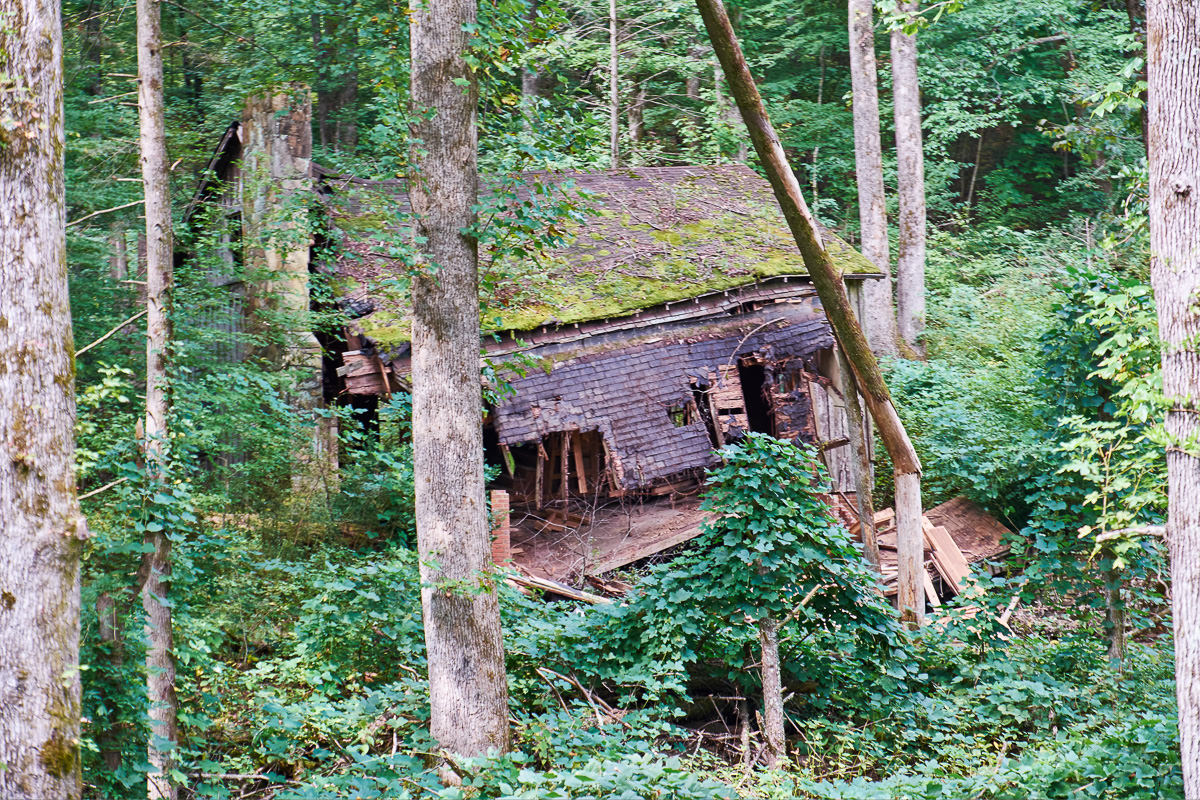 I headed home from there, getting back to SC for the first time in fifteen days.