In the midst of my journey through the Cades Cove Scenic Loop, I stumbled onto the Abrams Falls Trailhead, which I’d read about but had not made the initial cut on my now meaningless schedule. The dark clouds were gone by this point, and the temperature had quickly built to 81 degrees. Combined with the lingering puddles and humidity from the morning’s rain, it made for sweaty ascents.

I’m really not overselling this – they’re all over the place right now. Don’t worry, these butterflies are not dining on road apples, they’re drinking the mini-puddles between the packed gravel in the parking lot. 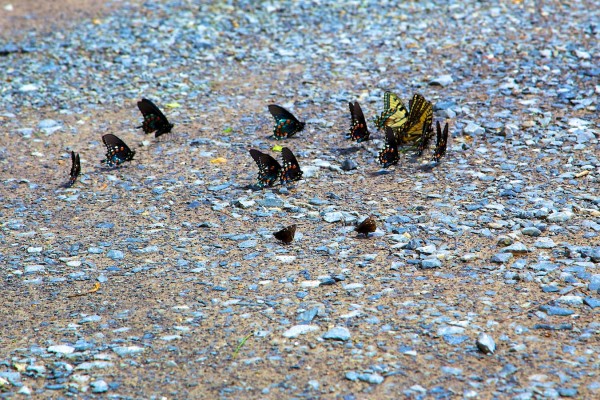 The trail begins will a long mostly flat and wide section of trail running alongside the noisy cascades of Abrams Creek. It wasn’t too long before I noticed that the water was running the same direction I was, which I figured would mean the hike back from the falls would be harder than the hike to the falls. As you can see, my guess was right, hiking more or less downhill to the falls and back up to the trailhead (the middle of the graph is the falls): 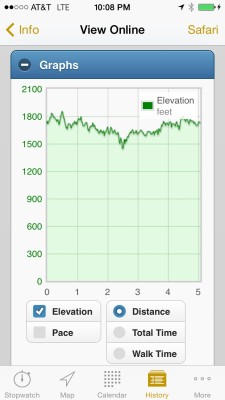 I spotted two humongous pileated woodpeckers along the hike out, but they were too skittish to be photographed, so I quickly constructed a bird feeder for them and moved on. I hope it’s bear-proof. The trail to Abrams is quite pleasant, though it was very hot on the afternoon I hiked it – 88 degrees when I got back to the car. There was a lot to see along the trail, including wildflowers of various colors and types. 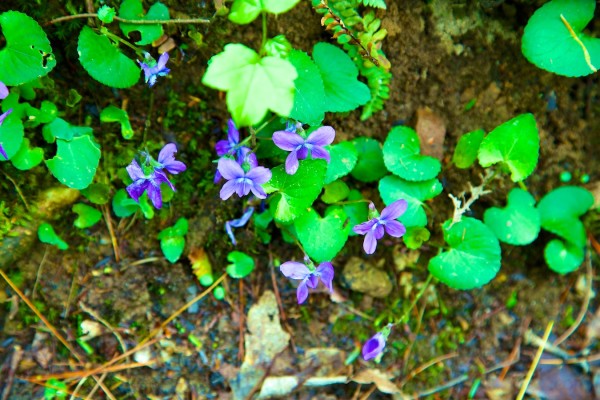 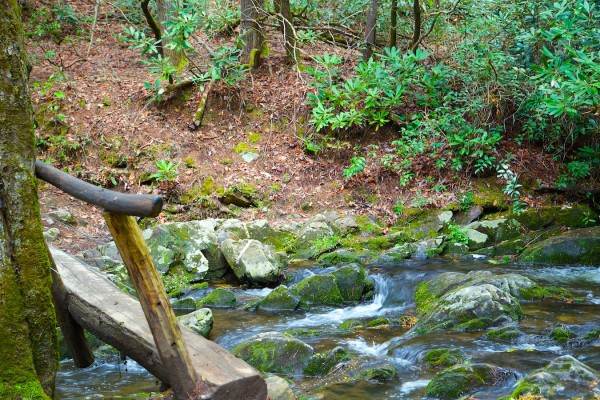 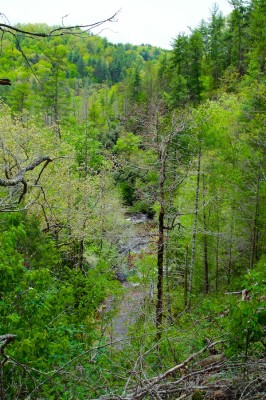 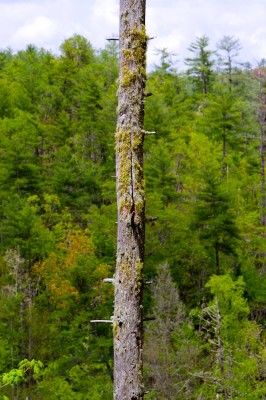 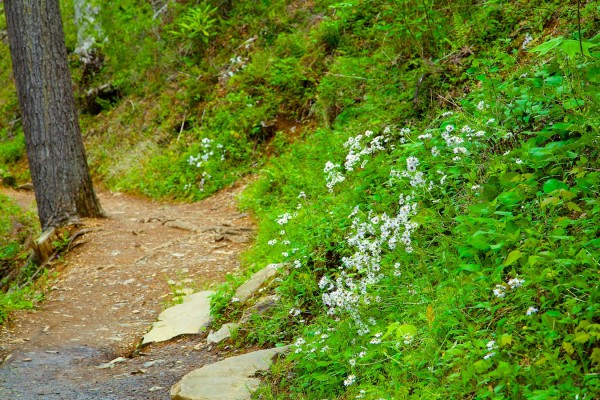 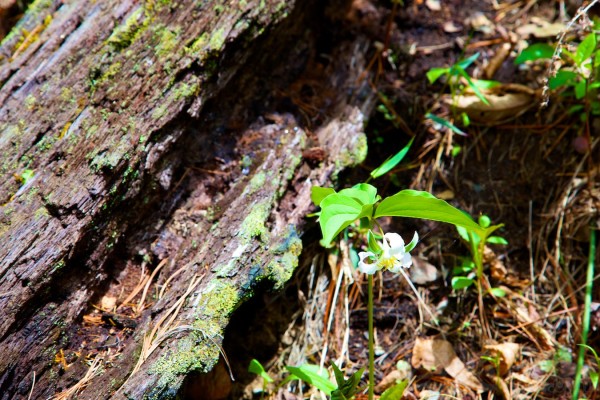 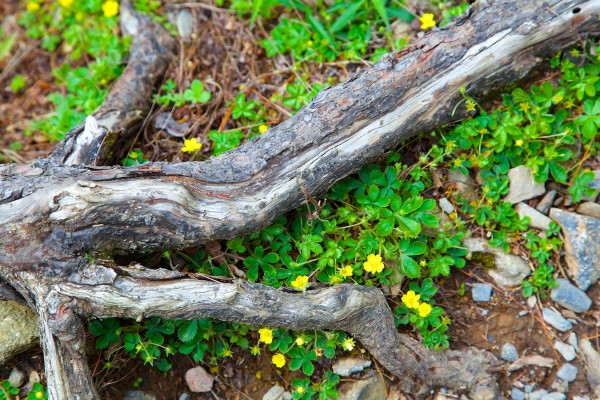 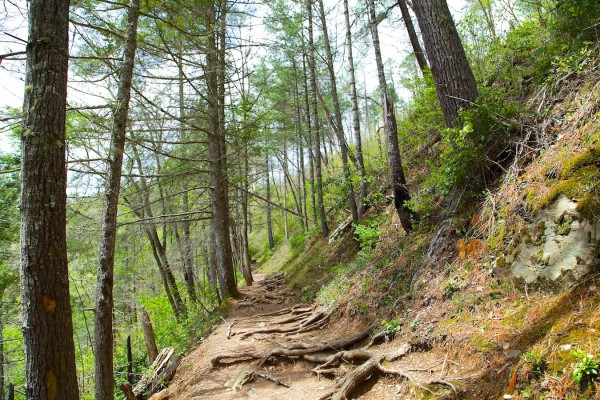 It was absolutely worth the effort, though, as Abrams Falls, which is the highest-volume waterfall in the park, is spectacular! 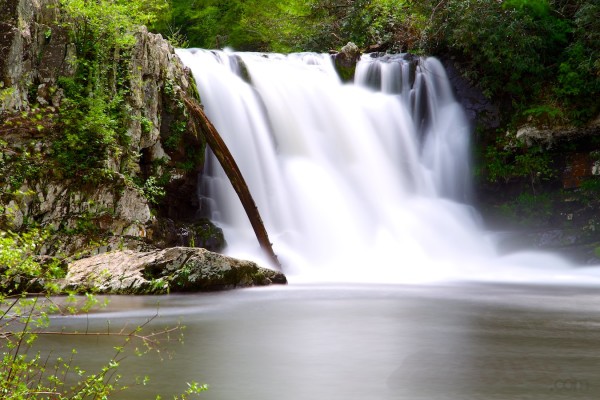 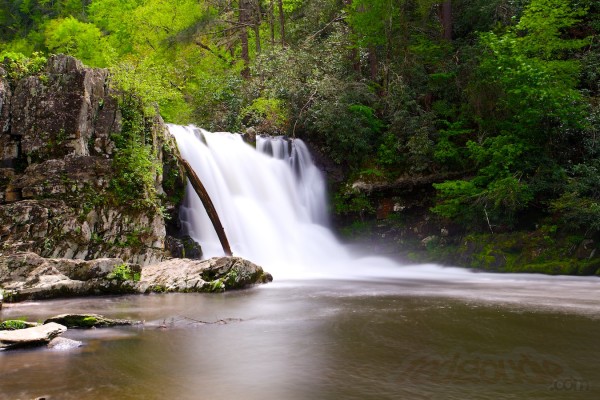 I hung out at the falls for about an hour taking pictures then made the return hike to the parking lot. Along the way, I was playing leapfrog with a large heron, who would hear me on the trail and then fly ahead aways on the creek before I caught up to him again. I also found a nice friendly lizard – I had heard them making panic jumps off the trail for two days, but this is the first one I was able to photograph. 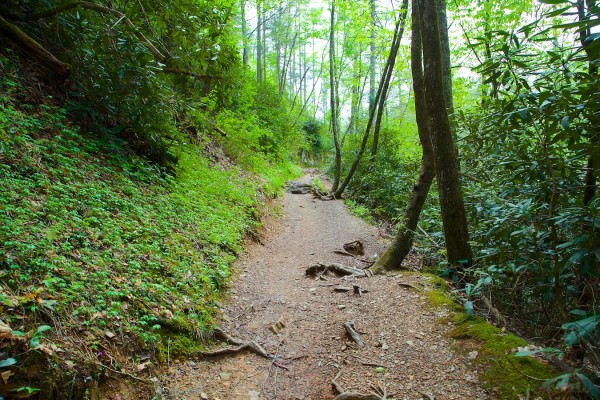 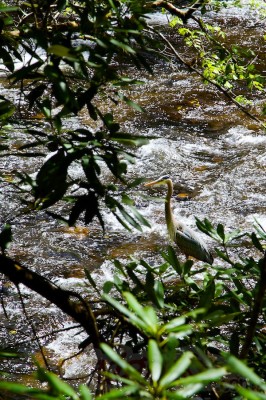 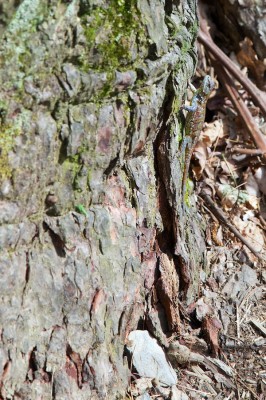