After missing out on the opportunity to get a view from the top of the park the day before, I headed back up to Clingman’s Dome after my morning hike at Porter’s Creek. This time, the sky was clear blue and the air was quite cool with a very strong wind adding to the chill. I decided to take the trail to Andrews Bald instead of hiking asphalt up to the observation area. In the Appalachians, a bald is a high flattish area without many trees, sort of an open field if you will. Since I didn’t have any pictures of spectacular vistas, this seemed like the place for me.

As I started heading down the trail, I passed a group of park employees who were using shovels to dig out new drainage channels along the trail, which descends steeply down the side of the mountain. Much of the trail was still quite wet from the storm I’d been in up here the day before, and the footing was all roots and rocks. About 15 minutes into the hike, I stood aside to let a group of 20 or so retirees pass me who were coming back up the trail. I asked them if the view was worth it, and they said yes, but that it’s all uphill on the way back, which I had already figured out. They also said there was more of them coming, and indeed, two more large groups came past as I descended.

I thought to myself that if these folks were making it back up, albeit with a lot of complaining from what I could hear, I should have no problem coming back, even with already tired legs. 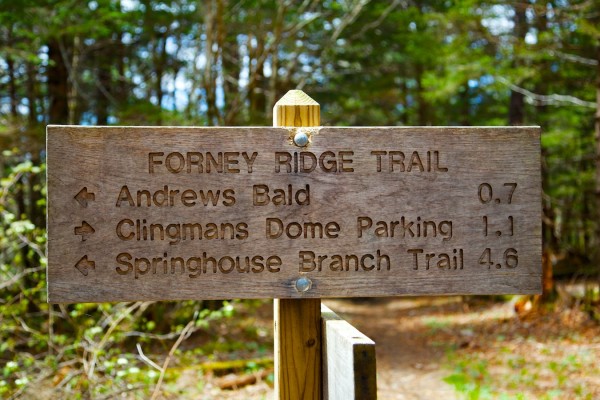 After passing this sign, the trail became more wooded and less rocky, winding through more mossy forest. Several areas had board set up as low bridges, since the trail also serves as the water channel when heavy rains appear. 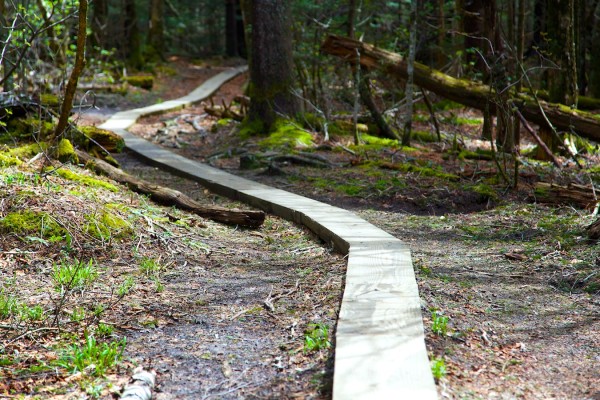 A short while earlier, while passing the aged, my stomach had started making noises warning of trouble ahead, like the sounds of the bathroom scene in Dumb and Dumber. As I walked, the abdominal cramping intensified, but since I was walking mostly downhill, I figured I could maintain myself long enough to finish the hike. It definitely slowed my pace, though, so I was relived to see the sign and soon arrived at the bald itself. Apparently at times this place is carpeted with flowers, but there was barely anything blooming on this day. 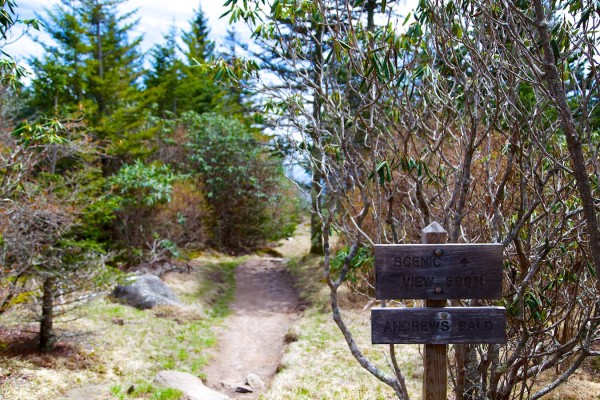 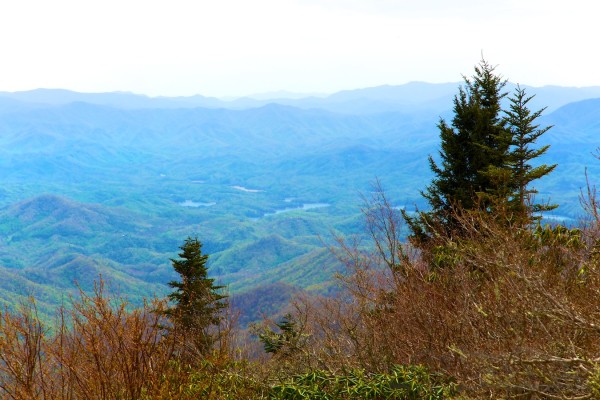 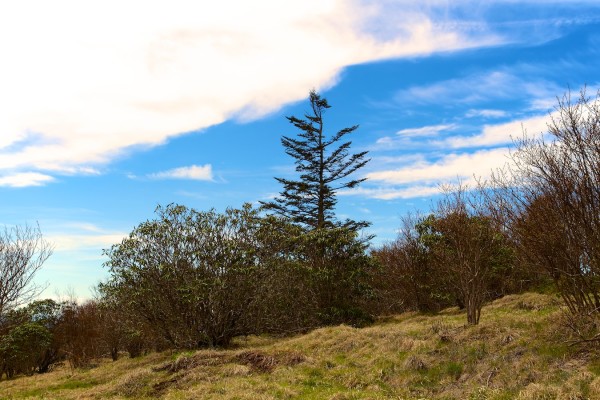 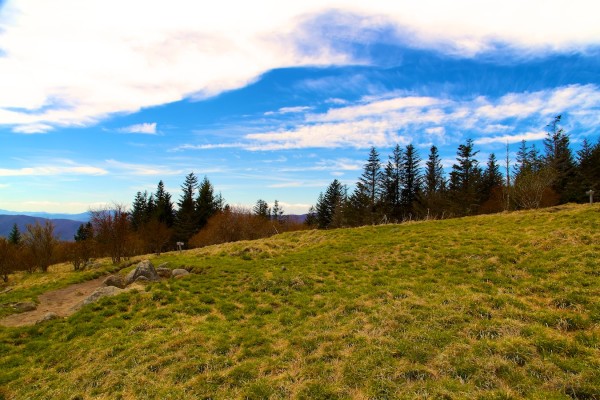 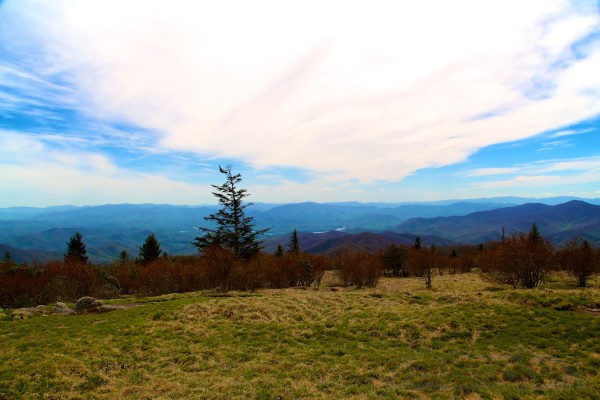 Around this time, I began trying to think of what in my backpack could serve as emergency toilet paper. My best solution was one of the padded foam dividers from the lower section of the backpack, but then I remembered that I had a park map with me as well – actual paper! Comforted by this, I decided that I would quickly turn and head back to the parking lot instead of ruining my boots and part of the national park. 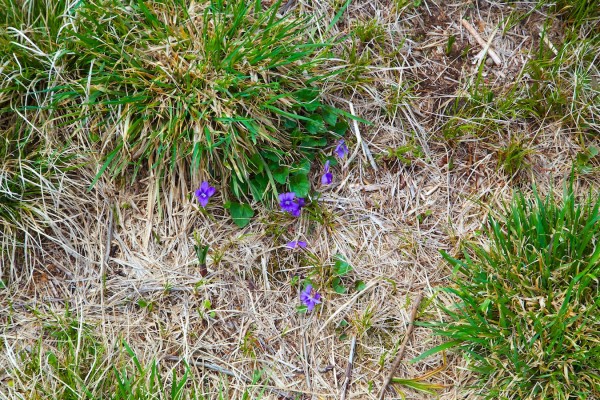 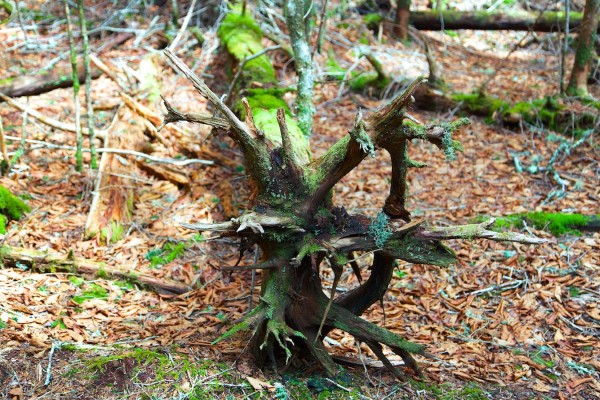 I walked very slowly on the way back as the pain intensified, but I laughed out loud each time a new bout of thunder rumbled through my digestive system. Despite the howling wind overhead, I’m sure anyone near me could have heard the sounds. I passed a few people coming down as I hiked back up, but the trail was fairly empty after the retirees had left earlier.

When I made it to the first switchback, I knew I could made it the short remaining distance up to the parking lot and its waiting outhouse restrooms. With comfort restored, I hopped in the car and coasted my way back down to Gatlinburg.