After making the long drive to Cherokee, NC and then on to Bryson City, I found my way back into the national park at the Deep Creek trailhead. Despite driving so far, I did not plan to hike much, just to do a short loop to two waterfalls. I pulled on my gear and headed up the short hill to Juney Whank waterfall, just 0.3 miles from the parking area. 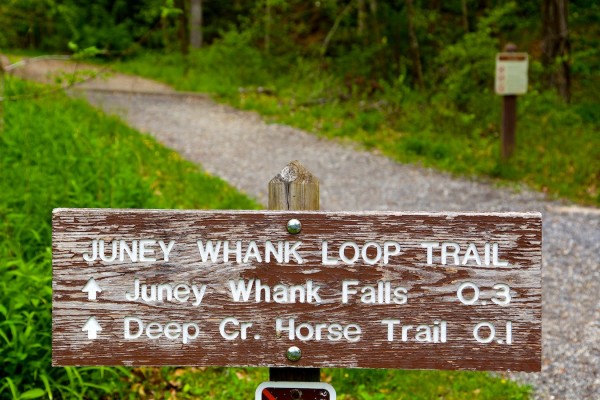 This was a pretty, wooded hike with a few wildflowers scattered here and there. 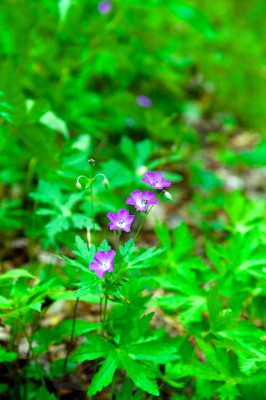 After a few minutes, I arrived at the falls, which are split by a timber bridge. Though not my favorite falls at the park, it was well worth the short climb. 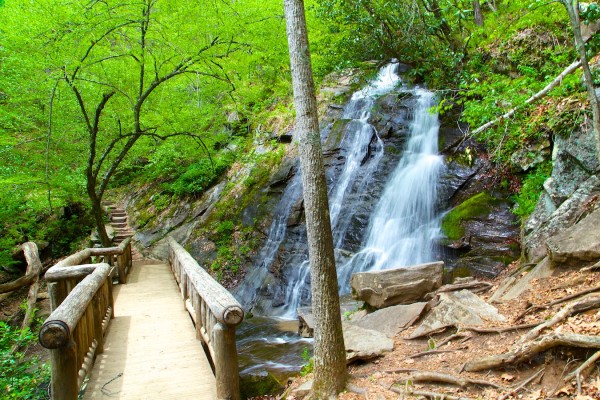 Past the falls, there are choices where to go next. I chose to head downhill to the Deep Creek Trail, which descended sharply through an odd trough about 6 feet deep that appeared to have been cut just for the trail. 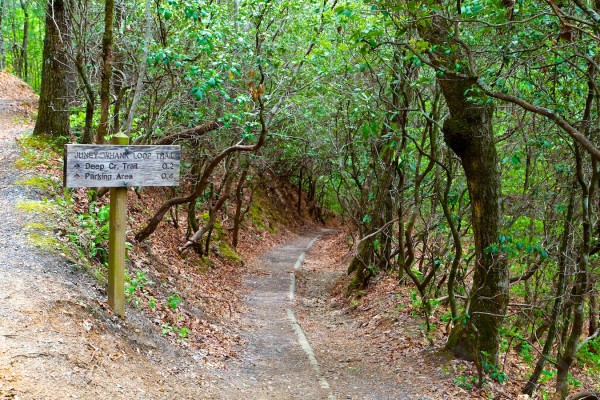 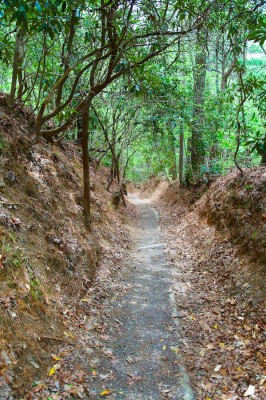 At the bottom of the hill, the trail tees into Deep Creek Trail and Deep Creek itself. The trail at that point is actually a fairly wide carriage road, so I wandered up the trail a ways to see what it had to offer. There were many pretty wildflowers bordering the creek trailside. 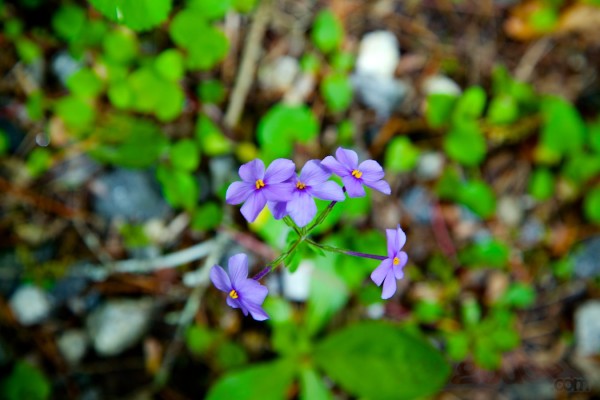 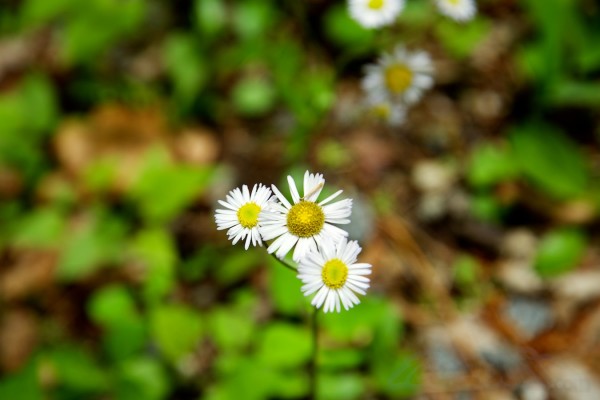 After walking maybe a quarter mile, I arrived at Tom’s Falls, which is just across the creek from the still flat trail. It’s a very tall cascade, and very pretty. As I was installing a filter on the end of my lens, I managed to knock my lens hood to the ground, where it rolled directly towards the river. I didn’t even bother trying to stop it, as it took dead aim for the river and bounced off several rocks on the journey down without missing a stride. As it plopped into the creek with a small splash, an Italian lady shooting next to me gasped and said “Uh oh”, while I just smiled at her and laughed. I continued to set up, took and few shots and then scrambled down to retrieve the hood, which was happily sitting in about six inches of water. Canon lens hoods don’t float – good for creeks, not so good for lakes. 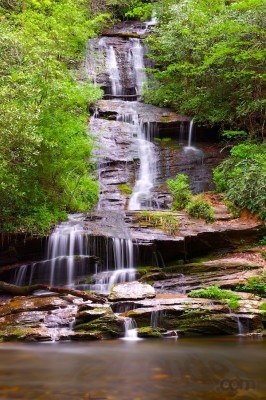 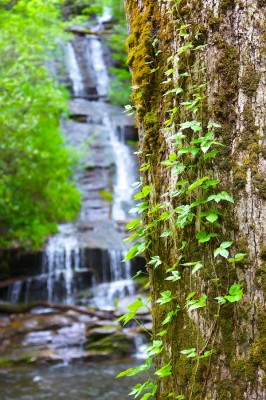 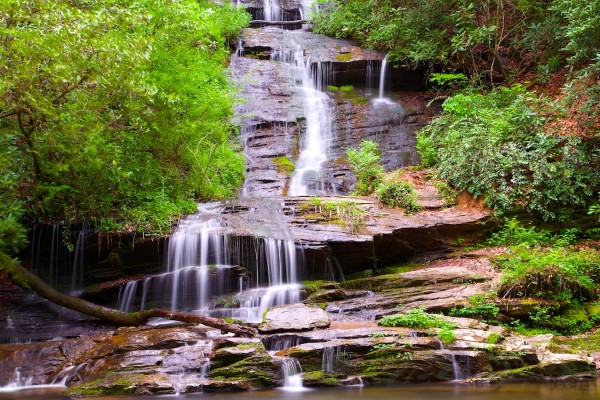 I walked back to the car and began the long drive back to the Tennessee side of the park.