It was fairly late in the day, and I was a bit gun-shy after the cloud experience I had just left at Clingman’s Dome, but I wasn’t quite ready to quit yet, so I drove to the Roaring Fork Motor Trail in Gatlinburg with the idea that I could drive the loop before dinner. I was awed by the surroundings as I drove through the trail and kept wishing I could stop to take pictures, but there were not turnouts in most of the places I needed. Then I saw a sign for Grotto Falls, which was on my hike list, and quickly pulled into a parking spot to get out my gear and hit the trail. 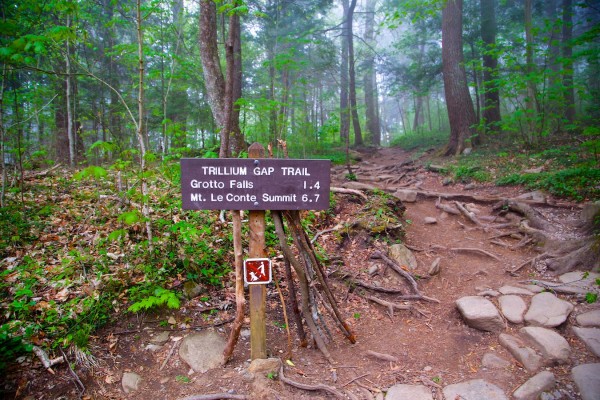 I had only been on the trail a few hundred yards when I began questioning the wisdom of my decision. The wind was once again howling above, and it began to drizzle as I walked along the trail. The rain started and stopped several times, though, so I just continued on knowing the hike was short. The trail was lush and mostly smooth, though occasionally quite rooty. 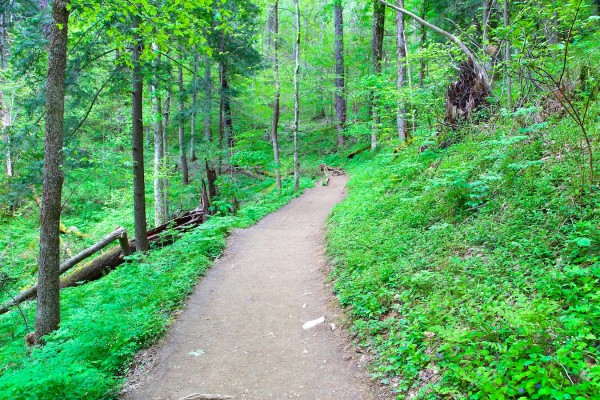 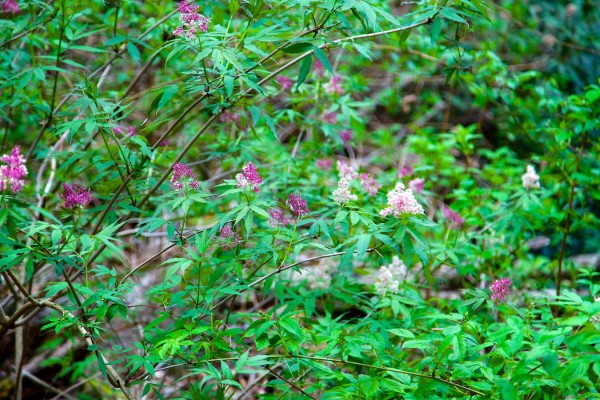 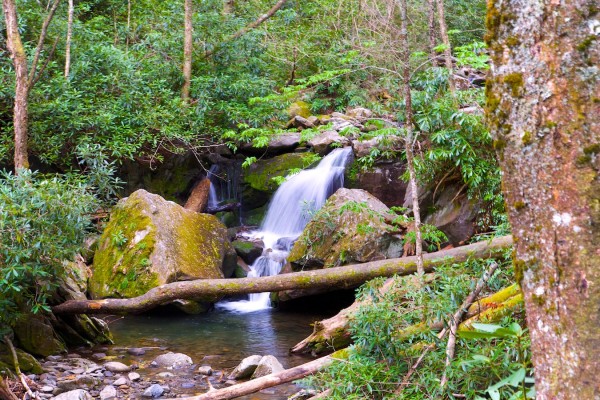 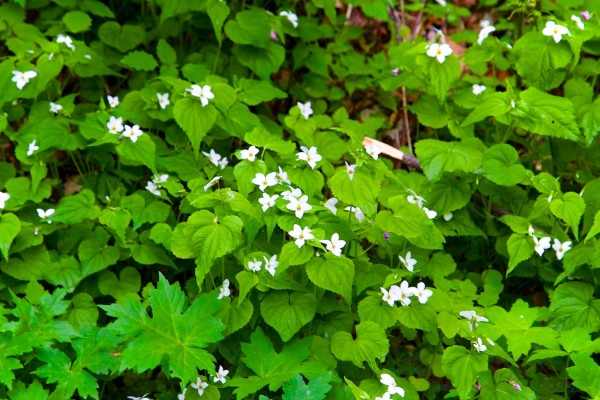 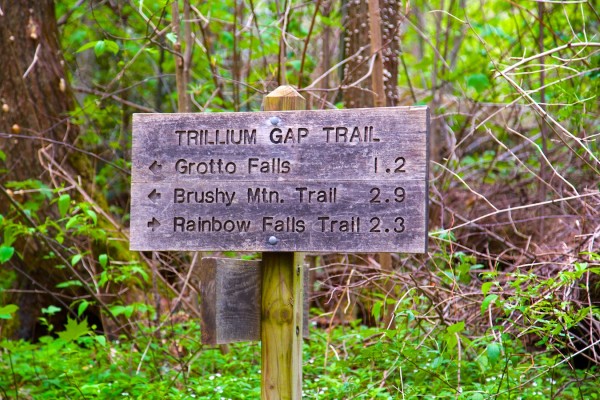 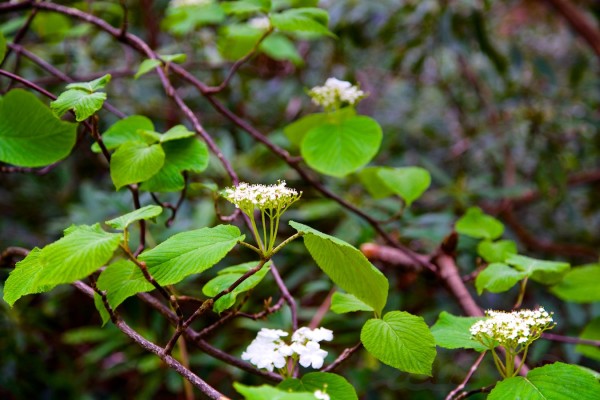 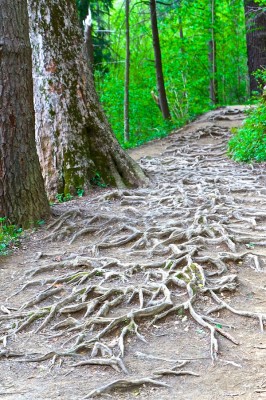 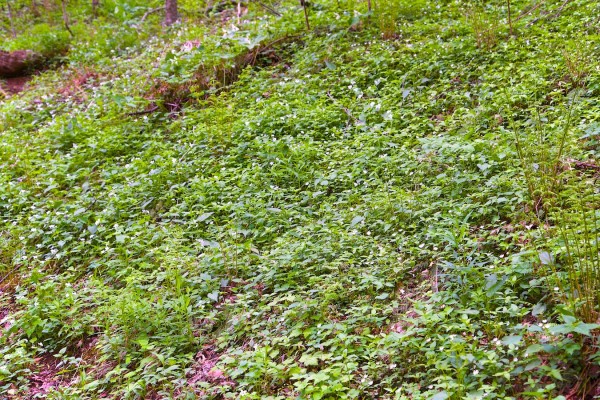 I arrived at the falls and instantly knew I’d made the right decision – it was gorgeous. The trail continues on underneath/behind the falls, so you can actually walk behind this waterfall – an interesting experience to be sure. I took several shots, and then used the Canon Remote app on my iPhone to take the one and only selfie of the trip. 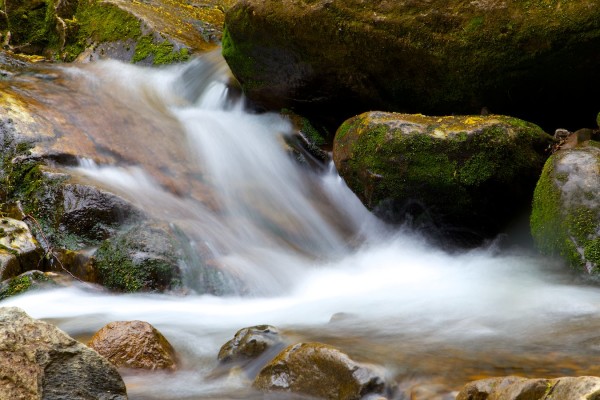 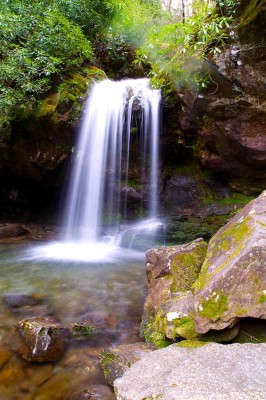 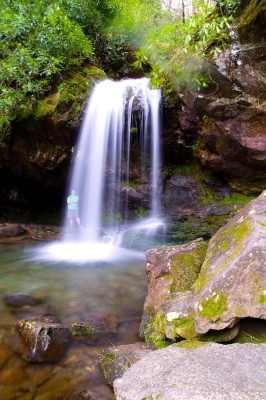 It was pouring at this point, so I hurried back to the camera and did something I’ve never done before – used my backpack’s built-in rain cover. I slung the pack on my back with the camera tucked away safely inside and started making my way back down to the car. I walked perhaps a quarter-mile before the rain became just a mist, the wind completely disappeared, and the same clouds I’d been in at the very top of the park engulfed the woods, so grabbed my camera back out and started snapping pictures while walking slowly. 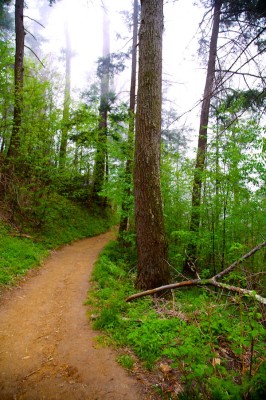 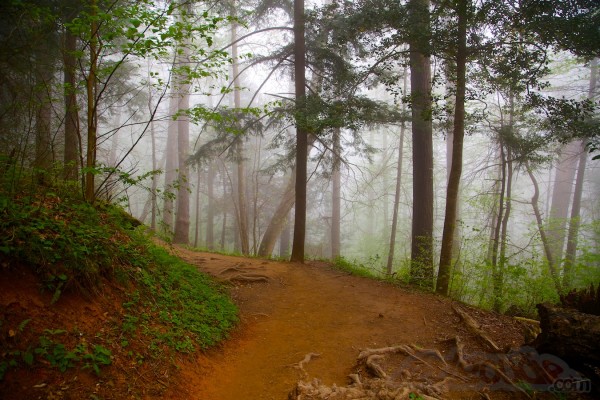 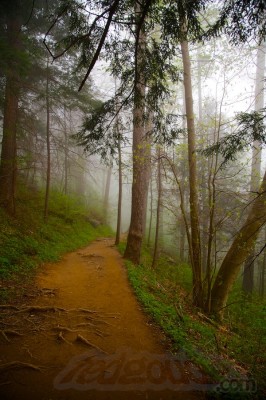 The trees became ghosts as the mist replaced the air, mere hints of the forest giants from moments before. Their height, stunted by the cloudy fog, made me wonder if I too would disappear into the fog. 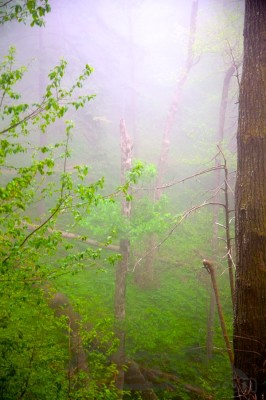 The roaring wind that caused trees to buckle and groan during my ascent was replaced with an eerie pregnant stillness, interrupted only by the soft thud-thud-thud of my boots on the trail. It was so silent that I began to step more lightly, hesitating to violate the absolute stillness. 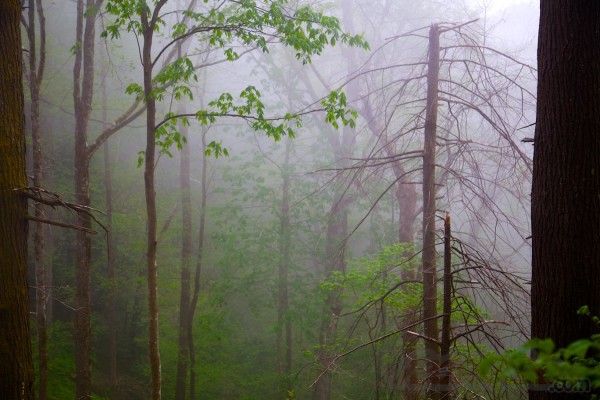 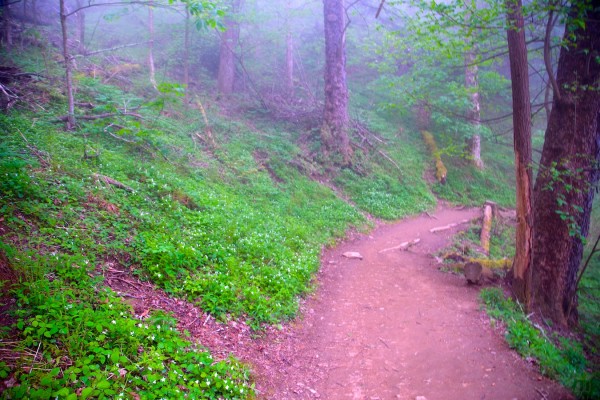 An occasional bird call pierced the silence but was not met with the customary response; it was as if the fog had temporarily halted all life on the mountainside as I hiked in the beckoning darkness. 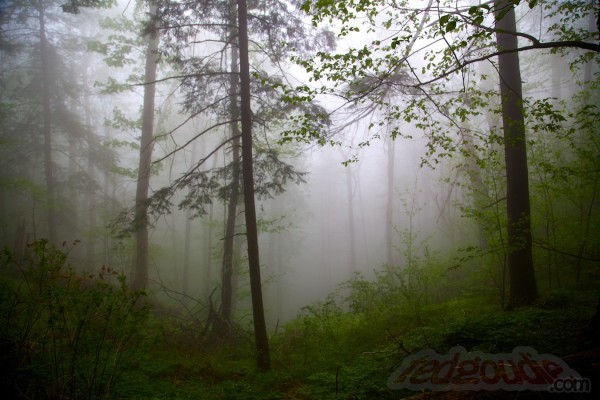