Feeling ambitious on my first day, I swung into the Cosby section of the park and hit the Gabes Mountain Trail to find my way to the awesomely-named Hen Wallow Falls. This had a completely different feel than the trail up to Mouse Creek Falls – no sound of rushing rapids and the trail was littered with roots and rocks. 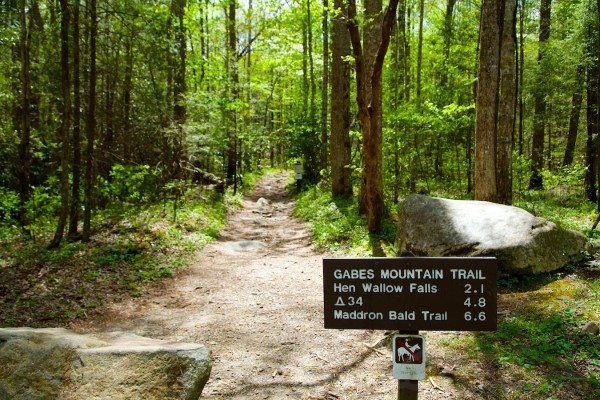 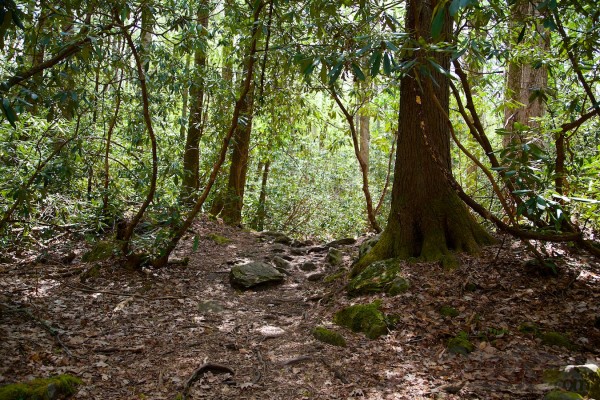 I’m only somewhat ashamed to admit that this hike was a struggle for me. It had gotten very hot – my car said 88 degrees when I got back to the lot – and I had too much gear in my backpack, plus I was working off a few short nights. It was a completely different feel than the hike earlier in the day – there were many areas with large numbers of fallen trees, which made me wonder if this is one of the areas that had been hit by a tornado a few years back. 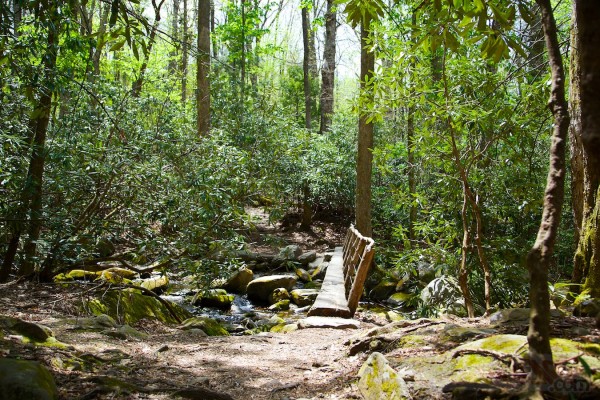 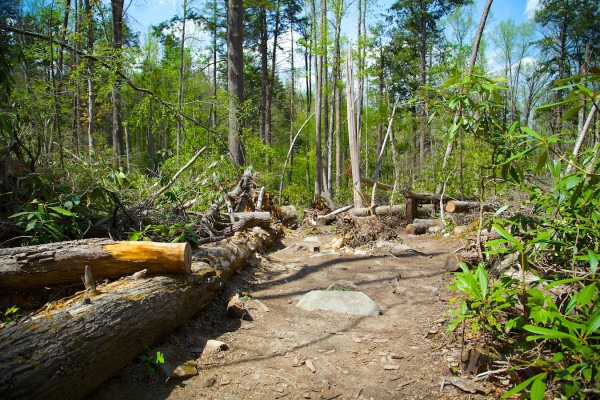 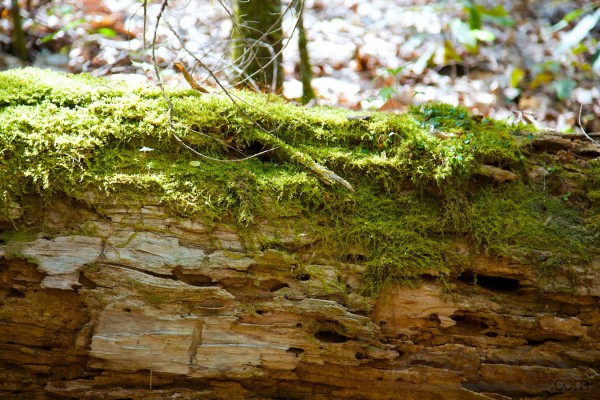 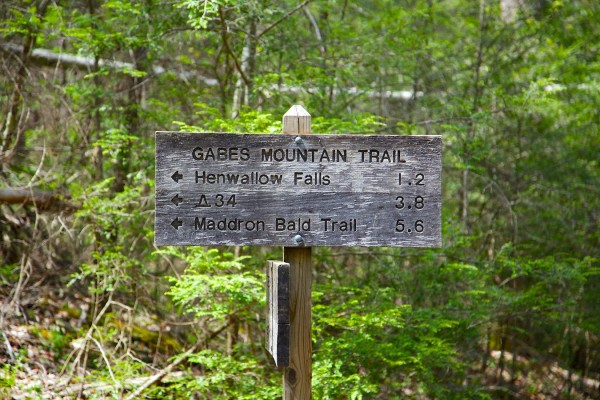 I felt slightly encouraged by this sign, but then I ran into some people coming down and asked them how much longer to the falls. They told me that I was almost there, but that the 0.1 miles back up from the falls was the worst part of the whole hike. I made it to this sign a few minutes later and felt relieved excitement: 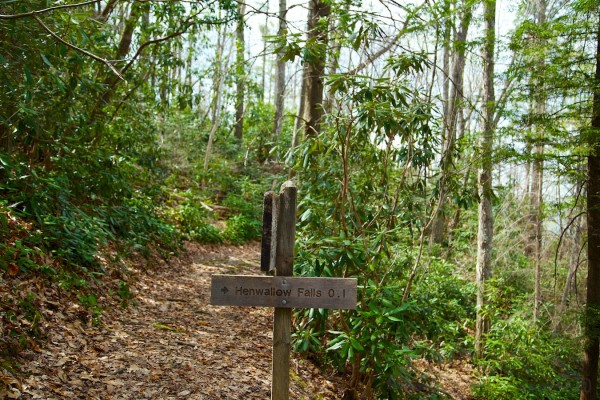 With every step down the steep, rocky, rooted path, I knew I would be cursing that same step when I made the return trip up that short path. I reached the falls, took off the backpack, and just sat in the mist of the falls for about twenty minutes, trying to cool off. I had been way above the target heart rate a few times on the hike up, the kind where even your ears are pulsing with every beat of your heart and you know you’re almost in the puke zone. The mist helped though, and then I set up the tripod and took a few pictures of the falls. 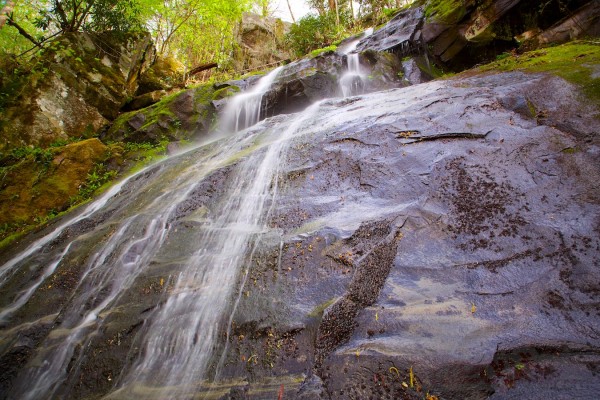 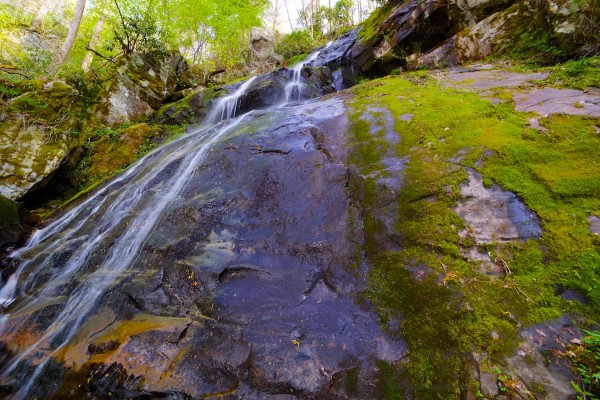 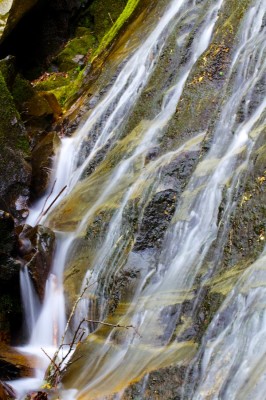 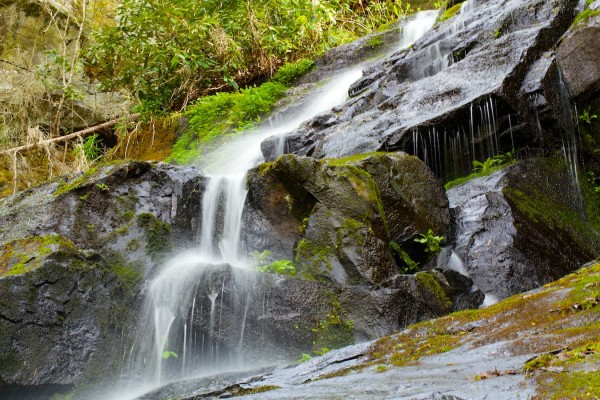 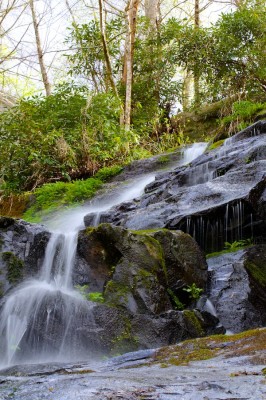 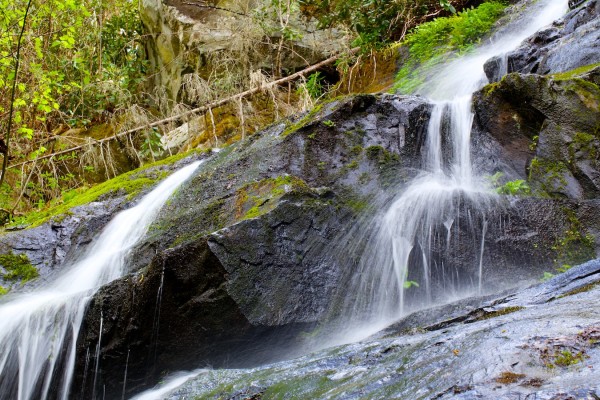 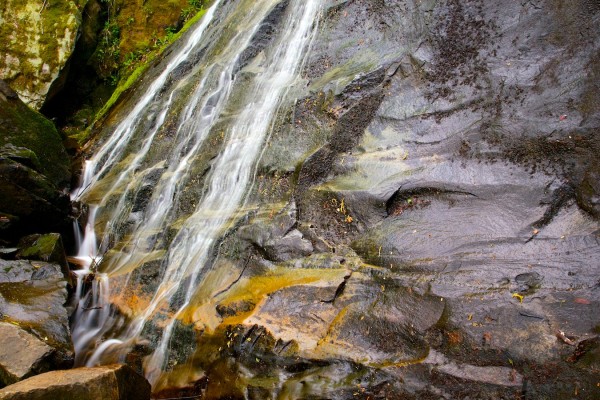 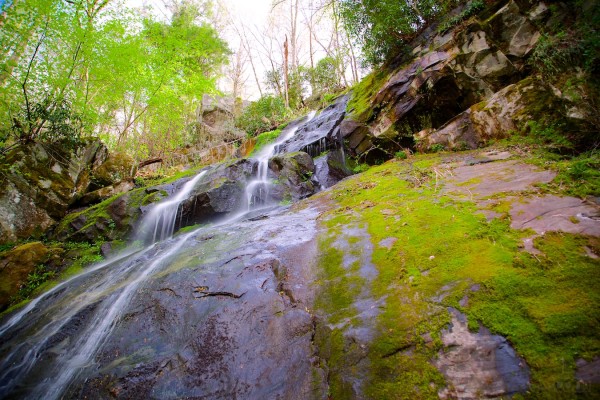 I geared back up and hiked back up the worst 0.1 miles ever. Seriously. It only took a few minutes, but I was already back in the heartbeat-ear-puke zone by the time I rejoined the main trail. It was mostly downhill on the hike back, and I metered my pace in an effort to stay cool. I’d been walking for about ten minutes, however, when an angry bee started buzzing around me while I walked, and then started bumping into my legs and backpack from behind.

Motivated by a desire not to get stung by a bee two miles from the car, I picked up my pace significantly, but the damn thing kept following me. For an entire mile, I kid you not. I have no idea what I did to the bee. Bee, if you’re reading this, your behavior was out of line. Unless, of course, you were trying to be friendly and my lack of understanding bee language (Rosetta Stone has it, but I haven’t gotten to it yet) meant it was all a big misunderstanding.

It had helped me move faster, but it also utilized energy and strength that I didn’t really have left in the tank. For the last half-mile back to the car, I was fighting quad, calf and hip flexor cramps. I drove to a restaurant for dinner, and I could hardly walk at all, because I had become Frankenstein-stiff in the short car ride. Luckily, the hotel had an indoor pool and hot tub, which helped soothe the muscles a bit, as did the giant Bell jar of chocolate milk I drank with dinner.

My first day had been fairly successful, but I wondered about my ability to manage some of the longer hikes I had scoped out.