On my last day in Gatlinburg, the morning greeted me with a crystalline blue sky and cooler temperatures. I selected the Little River hike because it was in Elkmont, I part of the part I had not visited yet. 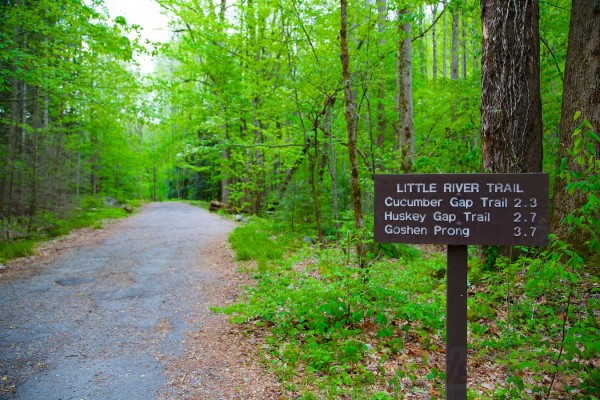 The beginning of this hike was rather fascinating, as this area used to have summer homes for the Knoxville elite to escape the oppressive summer heat. The homes are still there, but most have been empty for more than twenty years, giving them an eerie appearance back among the trees. It would be an exceptional place to have a summer home, though! Here’s more about Elkmont’s history. 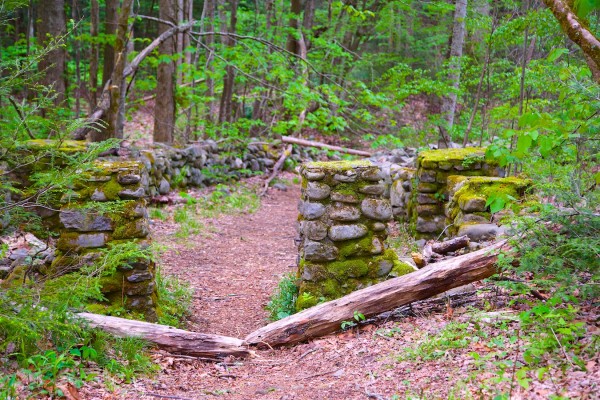 This trail must also serve as a road, because it was wide and fairly frees of rocks and roots. 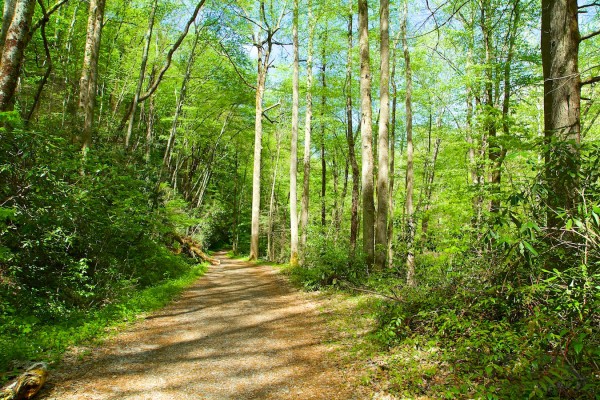 Many sections of the trail had three to four feet of dried leaves from the fall just off either side of the trail. As I walked along the edges, it sounded like popcorn in the leaves – tiny baby grasshoppers franticly jumping around at the sight of the large orange and blue thing approaching. It happened dozens of times on the way up to the falls and the way back, and it brought a smile to my face each time.

I stopped several times along the way up to get shots of cascades and rapids, as the light was very nice and the river is quite pictureseque. 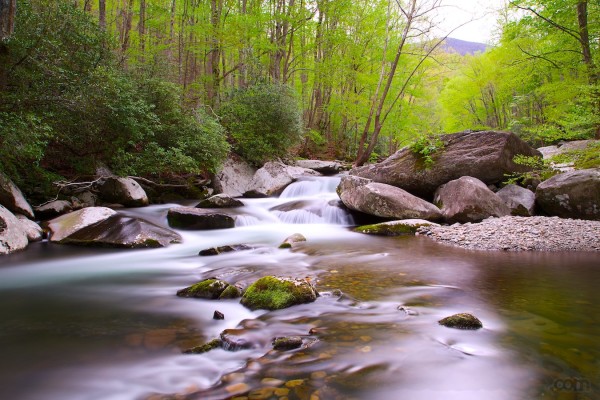 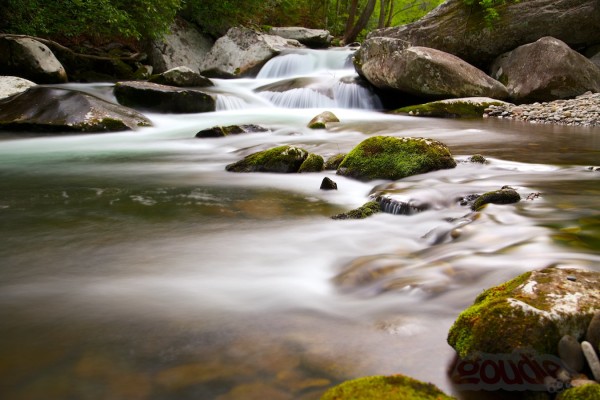 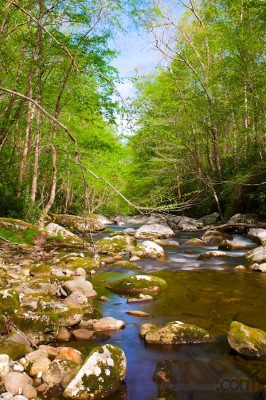 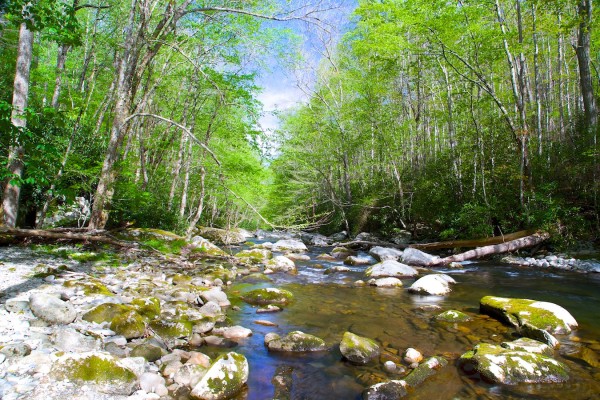 I made it to Fern Falls, but only snapped a few shots, as I was already lamenting the fact that this would be my last day at this amazing place. Instead, I just sat for about twenty minutes and enjoyed the sunshine and the sounds of the crashing water. 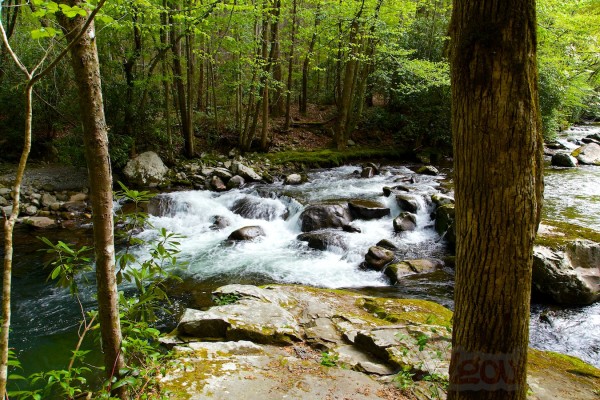 On the hike down, I encountered something I typically feature a lot in my photos but hadn’t seen all week: shadows. 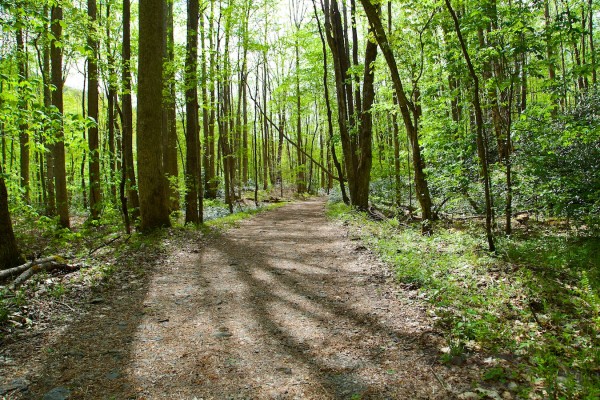 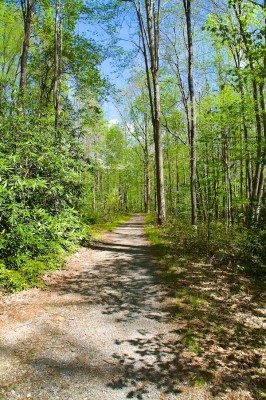 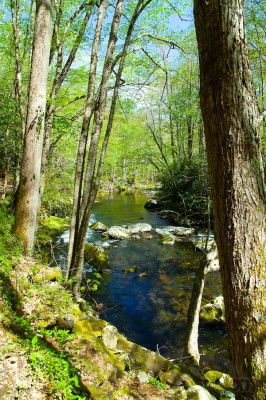 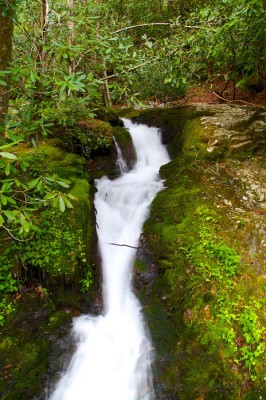 As I neared the parking lot, I had a great chat with a few locals who know the park and this area very well. Everyone I encountered on the trails during my trip was quite friendly. As I drove back along Little River road towards Gatlinburg, I pulled into the same turnoff where I had taken pictures during a rainy day earlier in the week, and got this gem: 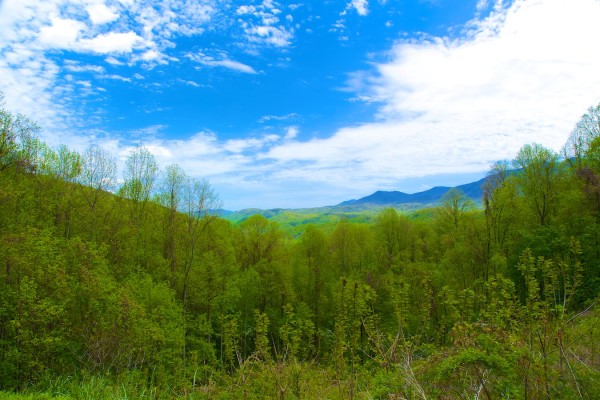 The park was sending me off with great weather!