Having arrived in Gatlinburg after midnight, and having short nights the previous two nights preparing for Aly’s birthday weekend, I decided not to set the alarm so I could catch up on some sleep before heading out to hike for the day.

I made my way eastward along 321/32 through Cosby and on to I-40, where I headed east (well, south really, but i don’t name the roads) towards Asheville, marveling at the beauty in every direction. I exited at Waterville road and drove along a narrow road across several one-lane bridges. After two miles, I arrived at the Big Creek ranger station, where I stopped for a last bathroom break, and paid $1 for a Great Smoky Mountains National Park map. I hopped back in the car and drove the final stretch to the campground and parking area. I switched to my hiking boots, sprayed on some Off, put suntan lotion on the parts of my head that used to hair (I’m still 39, mind you), and slung on my much-too-heavy backpack to hit the trail. 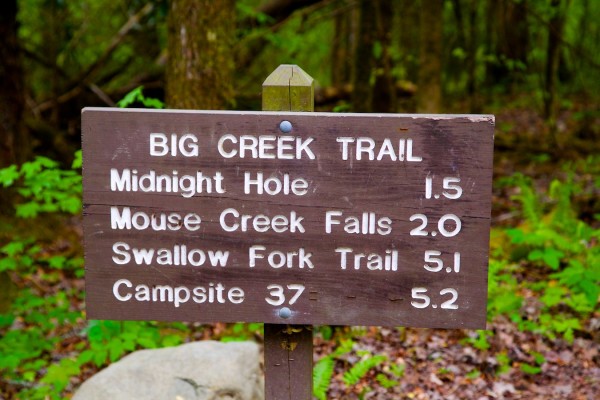 The trail began with a steady climb, with the roar of rushing river off to the left below.  – this trail is also used by horses. Choosing to avoid the road apples, I continued to climb as the river dropped far below, still audible, but softer now. This gave me a chance to keep my eyes on the uphill side of the trail, which had pockets of wildflowers, small run-off streams, and massive boulders and fractured layered rock jutting out. Much of the rock was mossy and had water dripping along the face closest to the trail. 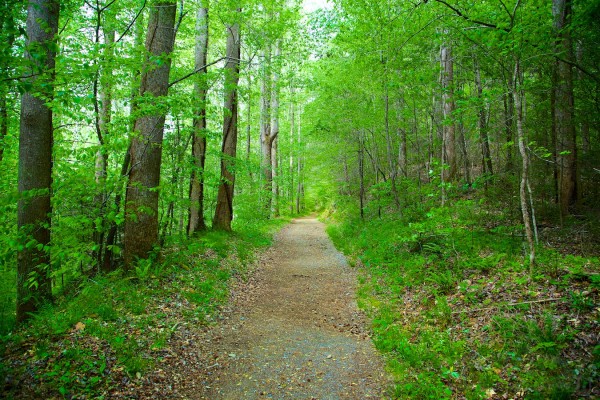 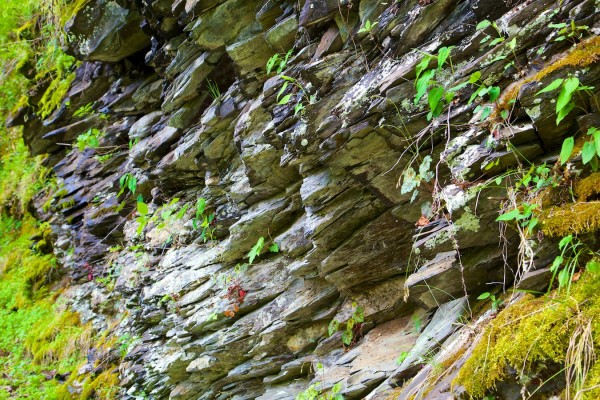 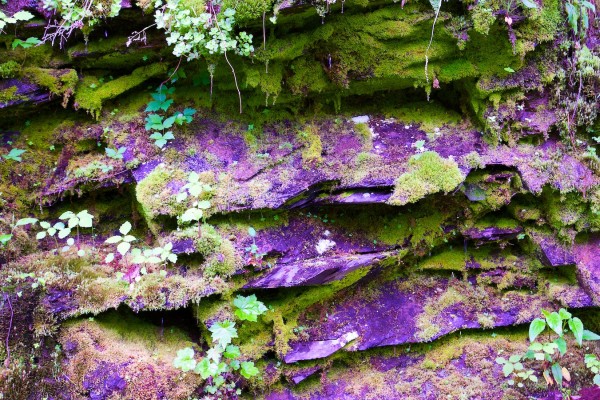 I heard and then spotted a wild turkey noisily bumbling through the trees about 100 yards uphill from the trail, but the underbrush was too dense to warrant trying to photograph it. Within the first 30 minutes on the trail, 3 different photographers with expensive tripods walked past me on their way back to the parking. I took it as a good sign, even if I was closer to noonday light than the golden hour I’d missed sleeping in. 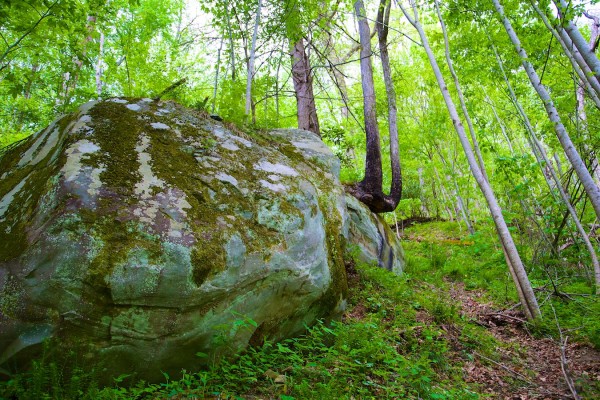 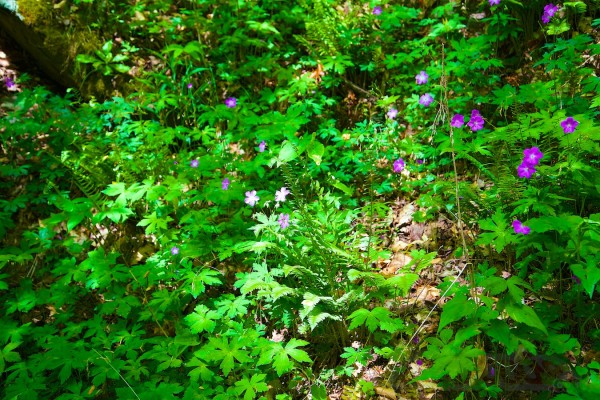 After some time, the river gained height and rejoined the side of the trail, now only 15 or 20 feet below the trail. The rush of the tumbling cascading water could be felt underfoot, as this river constantly snaked around and over boulders the size of small cars. I found a few places where I could scramble down stream-side and set up the tripod on boulder at the edge of the river. 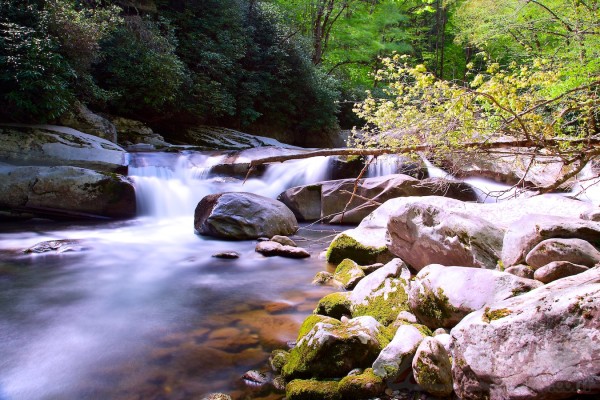 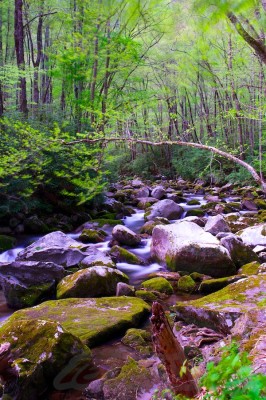 I eventually made it to Mouse Creek Falls, where I scrambled down about 15 feet to find this glorious scene directly in front of me: 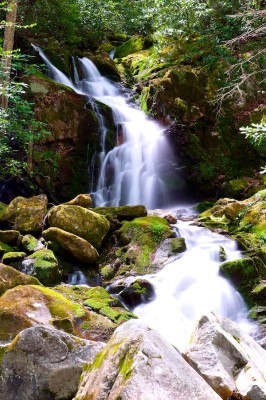 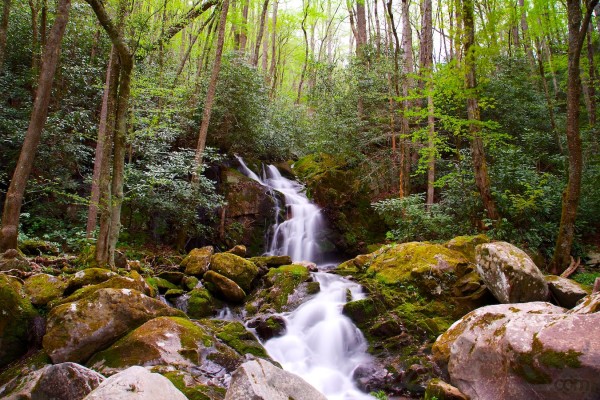 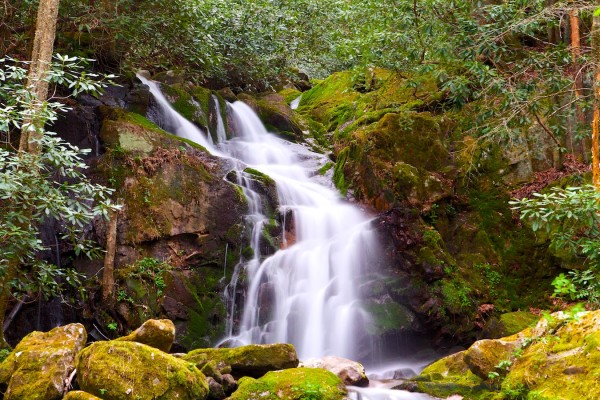 I spent about twenty minutes photographing from this spot, then shot a few more pictures from other vantage points at the bottom of the falls. This shot is in a small pool between the main river and the shore: 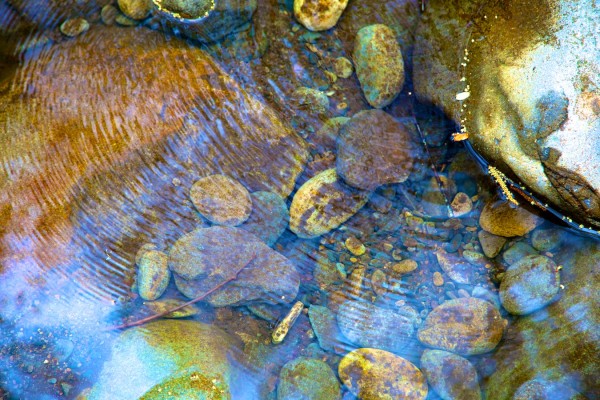 This shot is looking upstream: 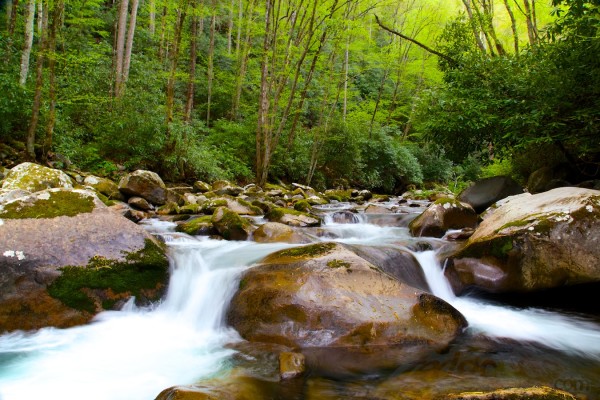 And this one is looking back downstream 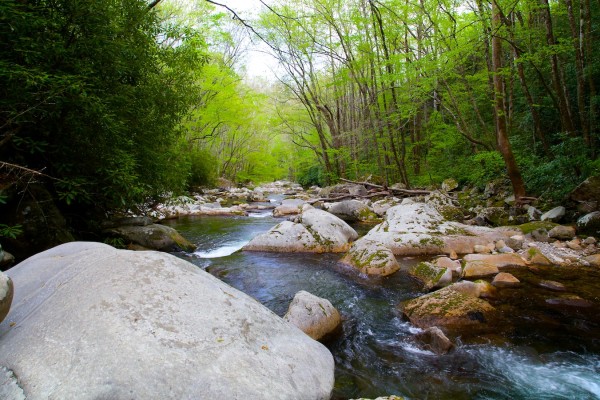 It gives you an idea what a beautiful day it was, as the predicted thunderstorms never materialized, despite the 86-degree temperature when I returned to the car. I found a few new places to stop on the hike back that I had missed on the hike out. 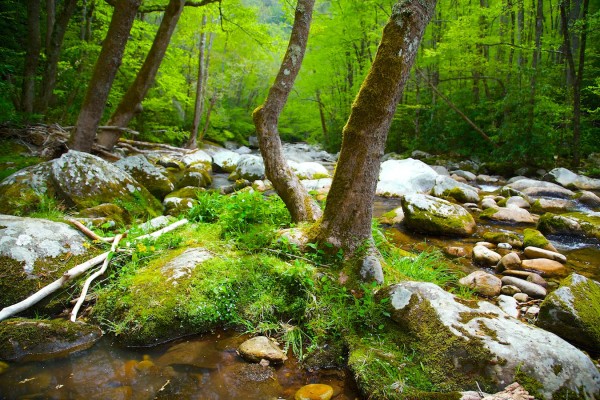 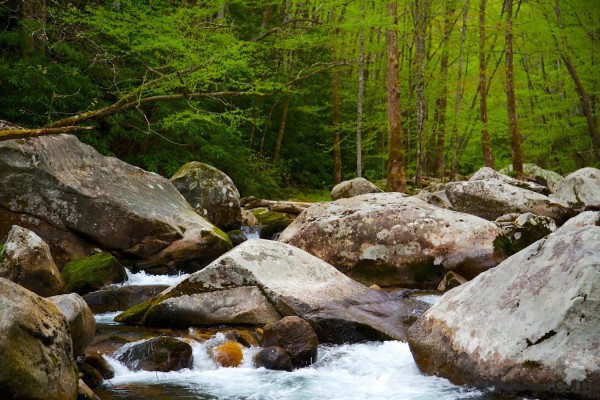 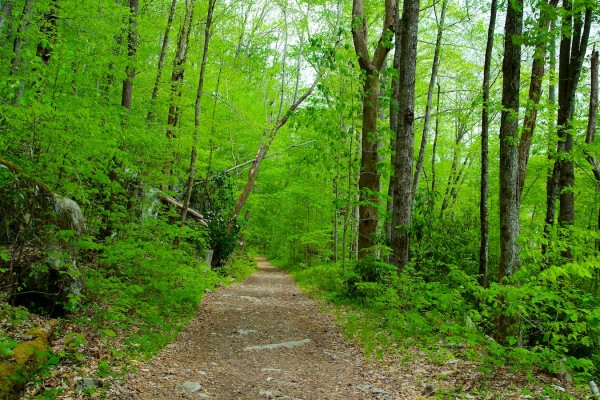 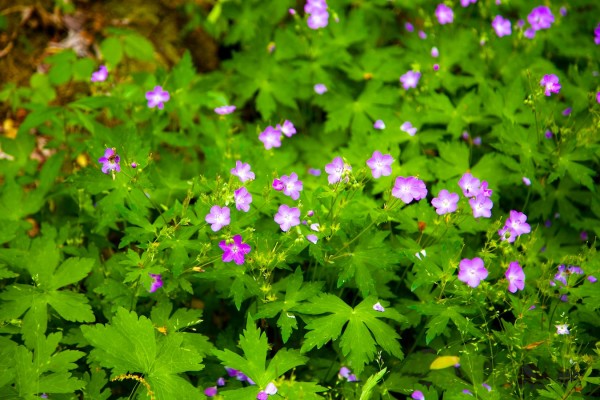 I refilled my water bottle and grabbed a sandwich for the 30-minute drive back to Cosby for the day’s next trail.