On a cooler, overcast morning, I headed into the Greenbrier section of the park and made my way to Porter’s Creek Trailhead. The first two hikes I’d picked when making my plans were both Greenbrier hikes – Porter’s and Ramsey Cascades – but because of weather and other things, I did not visit until my fourth day in the park. Based on my (apparent lack of, lol) fitness level, I’d already decided to leave Ramsey for another trip, but I felt even more vindicated when I saw a traffic sign saying that the trail was closed.

The nice couple I’d talked to at Laurel Falls had hiked Porter’s Creek earlier in the week, and said they weren’t too impressed, mostly because they didn’t like the fact that most of the hike is on a wide packed gravel path. I almost decided not to take this hike based on their advice, but I’m glad I did. It’s another beautiful spot in a park full of them. 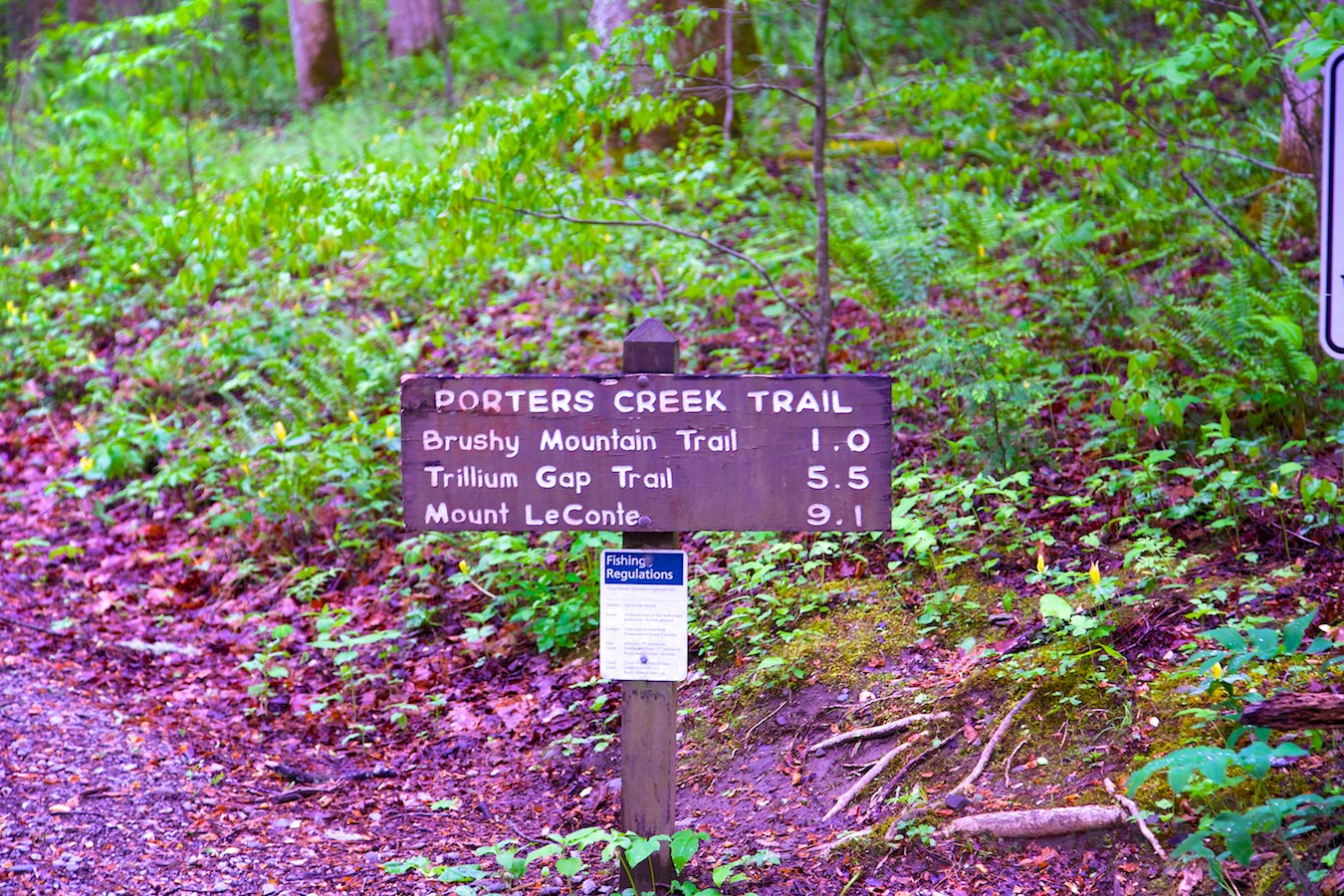 The creek ran along the left side of the path, with lush green forest to the right, which was occasionally dotted with wildflowers. This trail had more low, flat areas along the creek than any other I hiked during this trip, making it easy to wander down next to the river. There were once again many photographers with expensive tripods, several of which I saw off-trail to either side photographing tiny wildflowers. 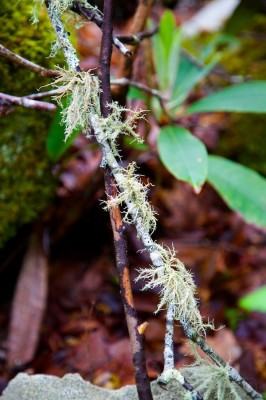 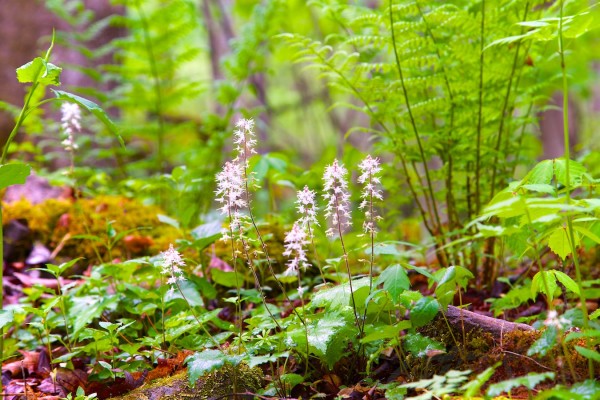 There were also more ferns along this trail than any other place I hiked this trip, in some cases making the entire forest floor a green carpet. I stopped at several places to photograph the cascading creek. The shot below is the longest exposure picture I’ve ever taken, 13 minutes and seven seconds! I spent the long time during these exposures writing down thoughts from the days before in my handy little photo journal. Yes, actually writing with a pen. 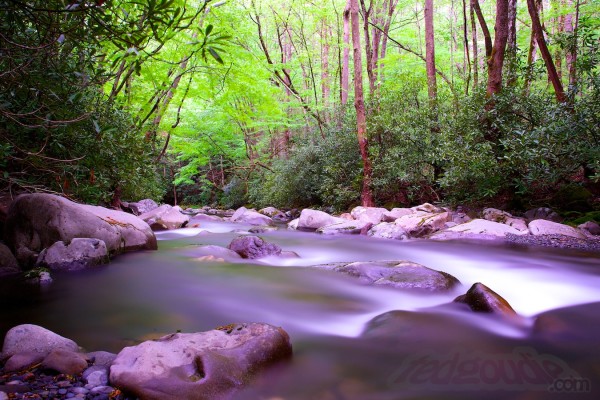 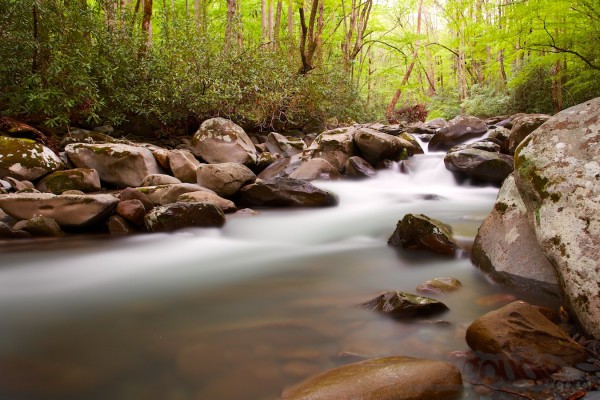 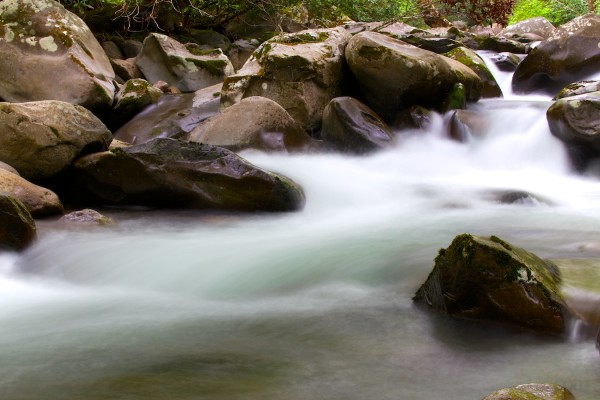 As I neared Fern Falls, I encountered a hiker coming down carrying (you guessed it) a large tripod. He was a very nice man, and we had a short chat about the day so far and he pointed out a few things I might want to keep an eye out for up trail. These flowers are actually growing on top of a moss-covered boulder: 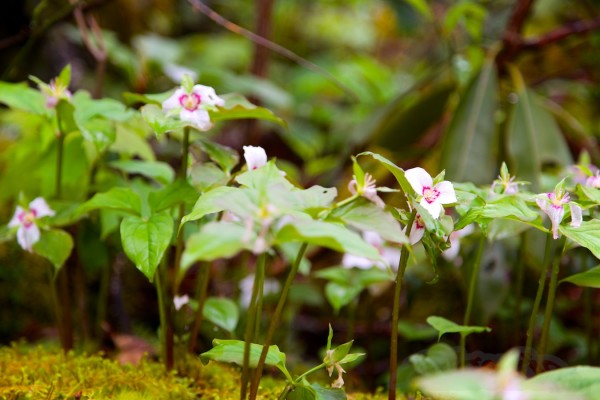 I made it to the falls, snapped one quick picture, and then sat down to write some more while enjoying the roar of the water, before turning back to descend again. 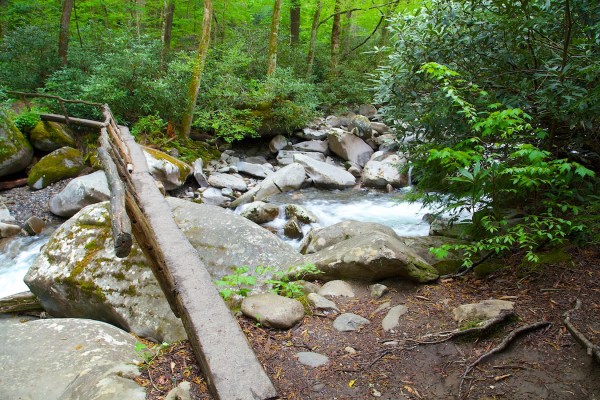 I stopped to photograph a few more flowers along the way, though I’m not a wildflower expert in any way. Several people asked me questions like “Are the trillium blooming?” to which I would say “I’m not sure! There were purple flowers up ahead?” or something like that. The real wildflower photographers were out in droves and loving the appearance of spring. 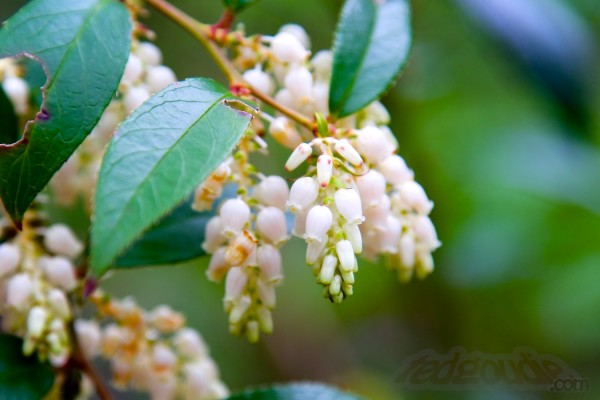 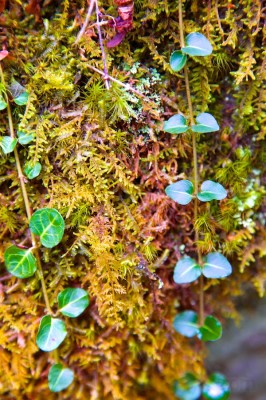 Nearly back to the parking area, I once again encountered the nice photographer, and we chatted for a few minutes as we walked together. He mentioned that he had a gallery in town and I should visit, and also mentioned a few other National Parks he’s shot in. A quick internet search on the name of the gallery revealed that I had just met a 30-year professional nature photographer who has shot for dozens of magazines, which I was very excited to discover.

I did visit his gallery that evening, which was brimming with tremendous nature and wildlife shots. We chatted for a few more minutes, and then I explored downtown Gatlinburg for the first time.